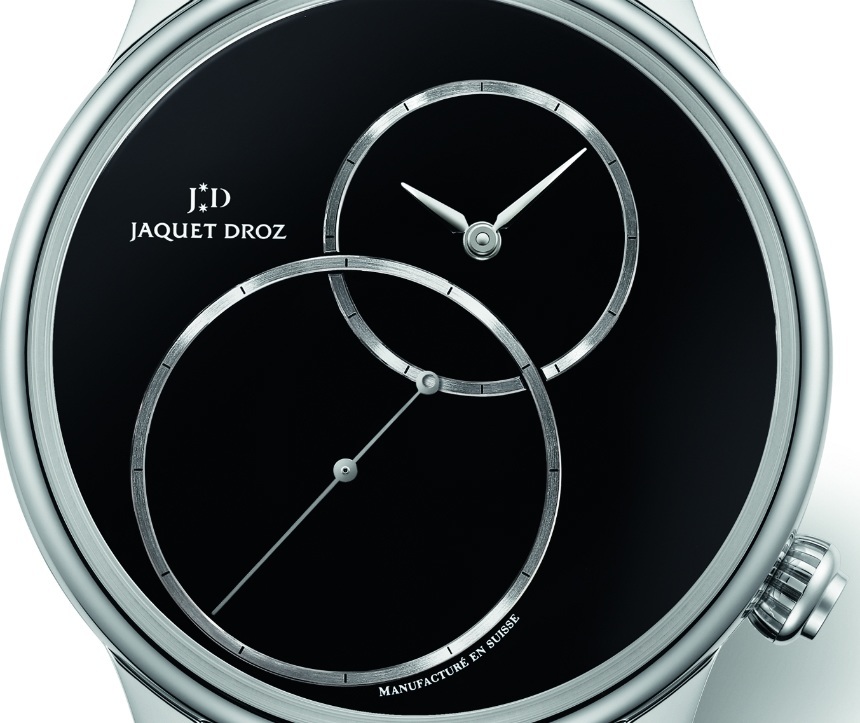 Over the past year or two, I have found dial configurations that purposely have things a bit off-kilter catching my eye. Do not get me wrong, I still have great love for a highly symmetrical dial. It is just that, sometimes, you want to mix things up a bit and have your familiar watch wrangled into something slightly different. That is where watches like the just-announced Jaquet Droz Grande Seconde Off-Centered come into play. 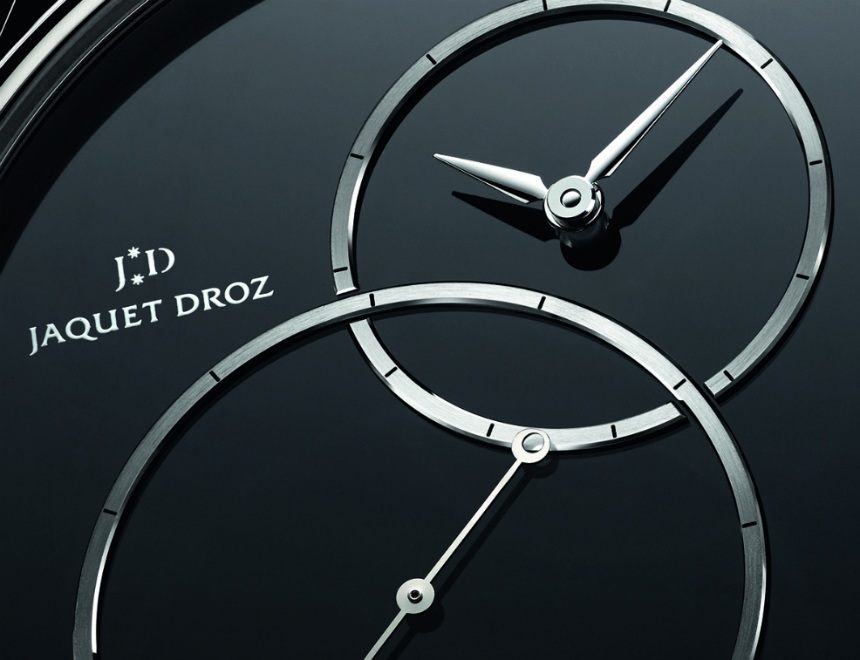 I will admit that, at first, I thought I was seeing a watch that was coming from fellow Swatch Group brand Glashütte Original, given their design language sometimes includes having overlapping dials as well (as shown on the Panoreserve reviewed here). While not a bad mental association to have, especially as it is all within the family, this is decidedly a Jaquet Droz piece, as it is very much a dress watch. I was struck by how it maintained a clean simplicity while still giving off that air of refinement and luxury. In other words, while this watch is stripped down to its barest elements, it was done so to make it understated, not to be a loud proclamation of sterility. While that comes from the initial impression, you really start to see refinement shining when you look into the materials used. 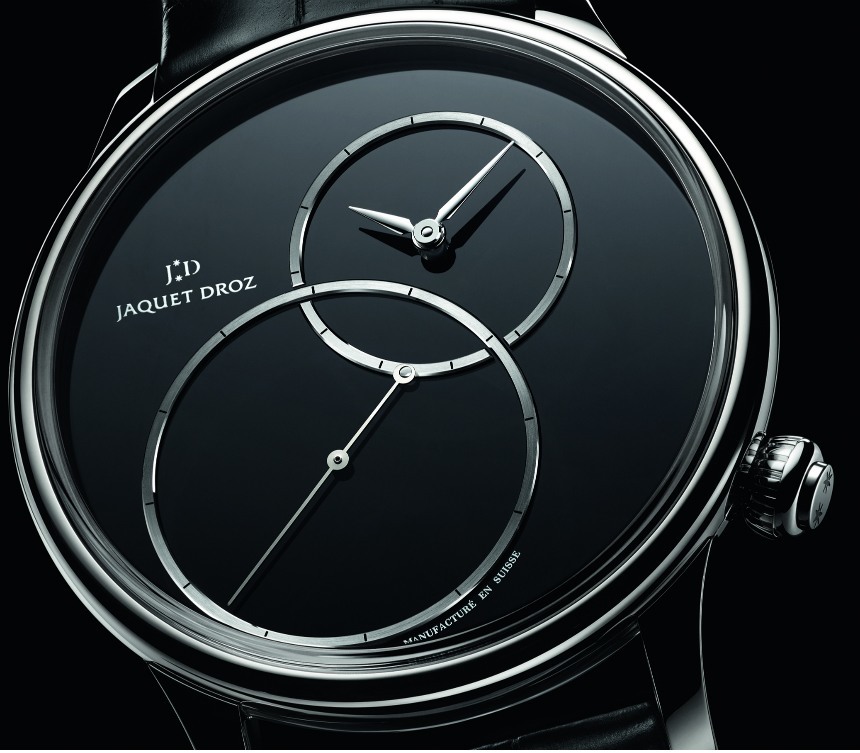 I appreciate the use stainless steel on the 43mm case of the Jaquet Droz Grande Seconde Off-Centered watch, and though it is not what you might expect, I like the idea of dress watches showing up in steel. Sure, precious metals are nice, but they lift the price without offering much over steel in terms of what you get for day-to-day wear. That is not to say the Jaquet Droz Grande Seconde Off-Centered is devoid of any gold. To the contrary – the rings surrounding the two sub-dials are made of polished white gold, which will no doubt catch the light quite nicely. How do you get indices here without interrupting the clean lines? It’s simple – you just notch them into the rings themselves.

The most intriguing individual aspect of the Jaquet Droz Grande Seconde Off-Centered watch, for me, is what those gold rings are set into. In this case, it is a cut and polished piece of onyx. I have seen a few dials here and there made of stone or minerals, and they always seem to bring something unique to the equation. Here, with the black onyx, it gives the impression that the rings are floating in a dark pond, it is so liquid-like. 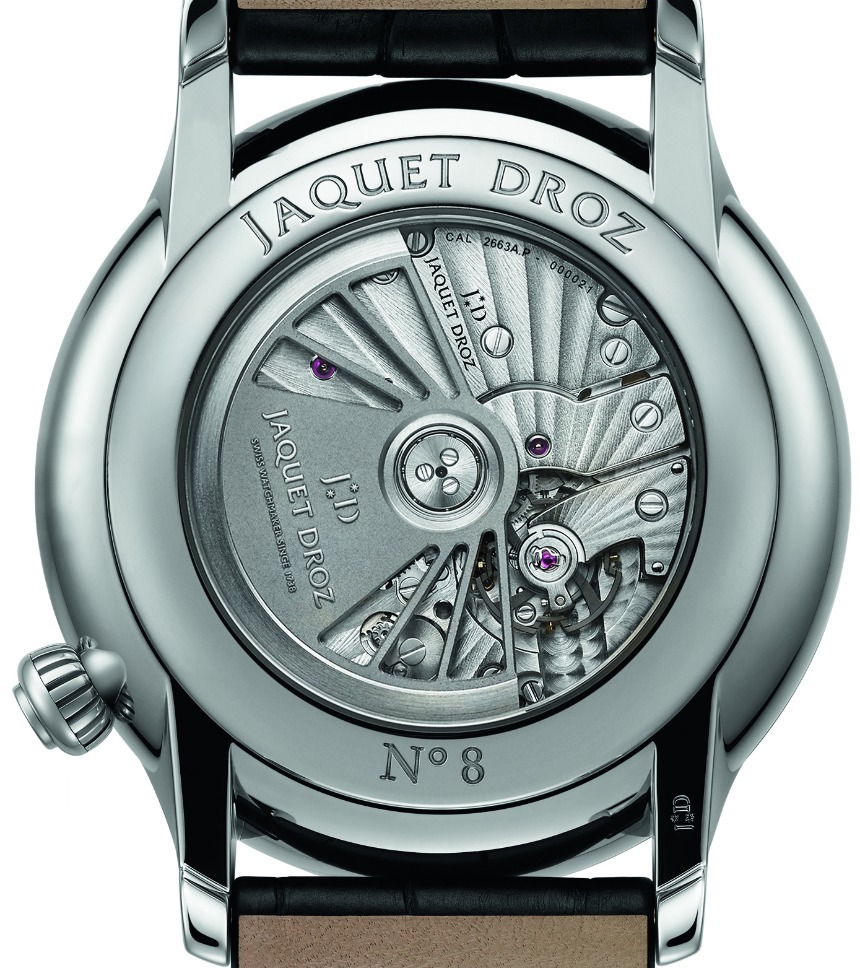 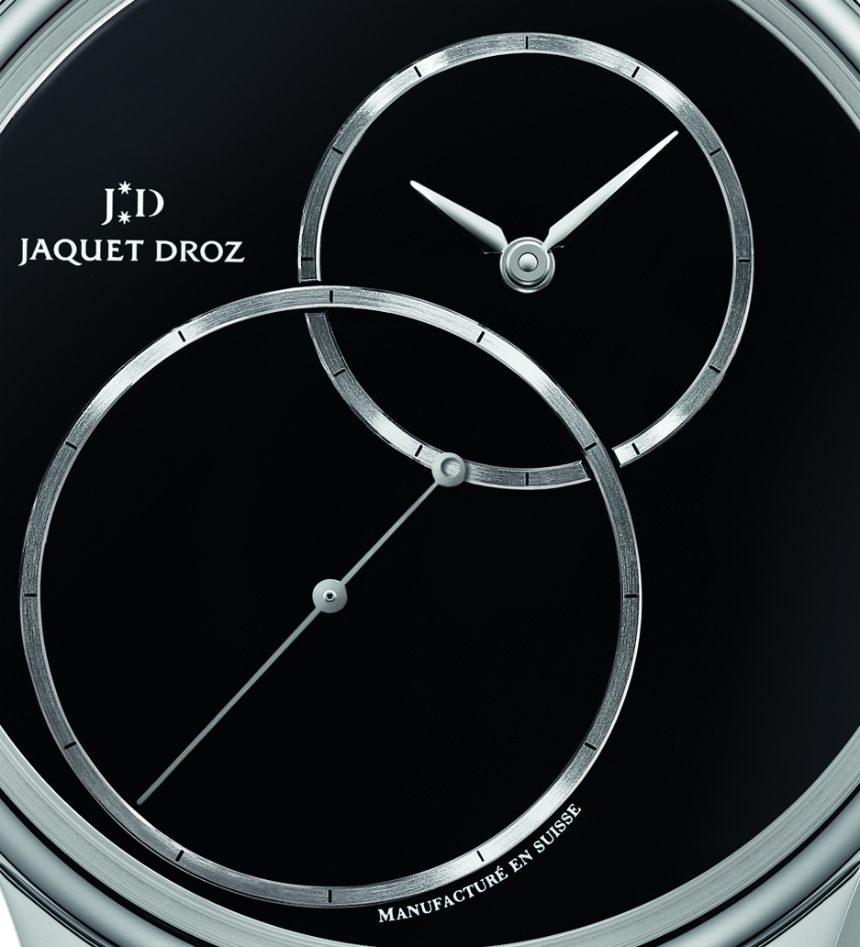 For me, it truly is the design of the Jaquet Droz Grande Seconde Off-Centered that sells the watch. It takes that overlapping figure-eight that the brand is known for, distills it down into its essence, and then puts such a coat of polish on it that it all but begs you to pull out a tuxedo to wear with the watch. This even allows me to get past my general dislike of watches that put the main timekeeping (hours and minutes) in a subordinate position on the watch, literally or figuratively. Yes, the sub-seconds are less useful on a daily basis, but you could look at this as almost the antithesis of a one-handed watch. You are acutely and easily aware of each second ticking away. If you are watching the time go, you might as well watch it in an highly-polished and refined package. Price for the Jaquet Droz Grande Seconde Off-Centered watch is expected to be CHF 10,200. jaquet-droz.com