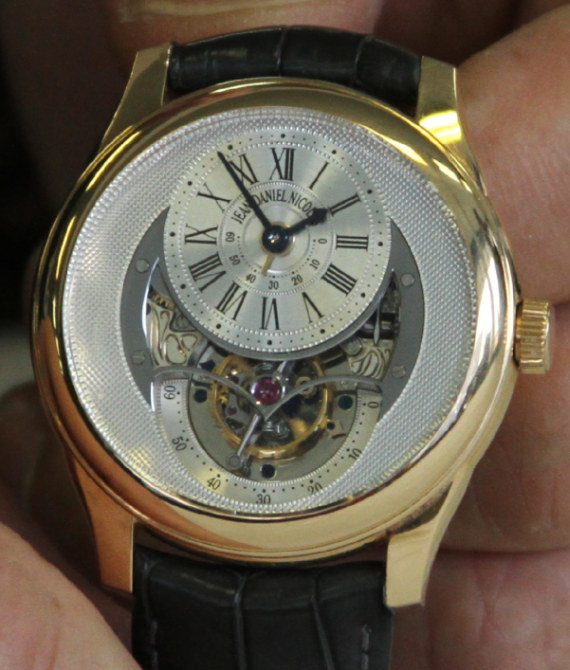 An oddity in the watch world are watch brands who bear the names of actual living watch makers, but who no longer have anything to do with the watch makers themselves. What makes it most interesting is that there never seems to be a lot of positivity about this. Meaning that the men whose names are being use often refer to ignore what the brands are doing and never seem to happy about it. How does this occur? Well, it starts with a watch maker being able to offer an fantastic line of watches that are commercially popular, and when that watch maker can properly market himself as a charismatic “haute horology” personality. A major brand or group then is attracted to the small brand and offers to either invest in it, or purchase it. Often times when this happens, the watch maker who bears the name of the brand is often out of the picture. Or there, but not happy. Why do they do this? For money most likely. But perhaps there are other reasons as well. I am not an expert to these situations, nor am I privy to the details of the arrangements between the larger companies and the watch makers themselves. 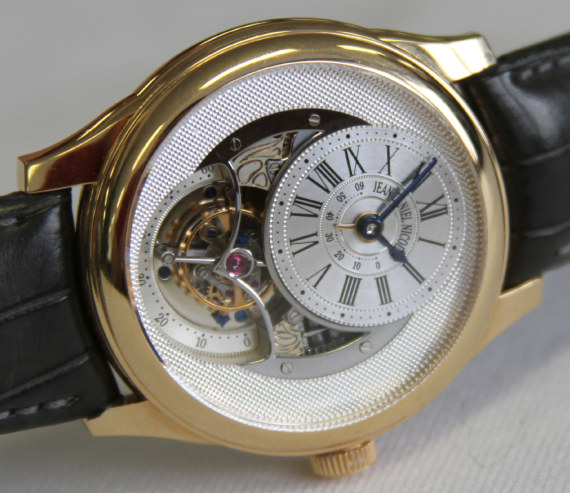 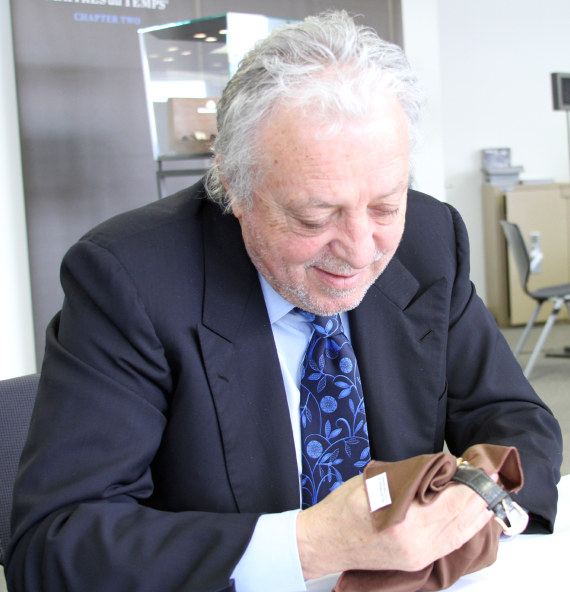 What I do know, is that for the most part the men who began the brands initially, don’t even want to see what the brands are doing as they continue to recycle designs and make less and less interesting derivatives. It is as though the brand that bears their name is “dead to them.” This isn’t the sentiment in all cases, but I don’t think any of them are super happy about it. Today, such brands are Roger Dubuis, Gerald Genta, (soon to be) Martin Braun, Hysek (Jorg Hysek), and Daniel Roth (among other brands as well I am sure). So what happens to these men after they have left “their” brands? Usually they don’t stop being watch makers or designers. They just can’t do so offering products with their name on it. How odd right?

In Basel last month I was fortunate enough to sit down with the revered watch maker Daniel Roth. His brand was sold to the Bulgari Group some years ago. They have since gobbled it up, and in future, original Daniel Roth designs will likely only have the Bulgari name on them. Mr. Roth isn’t super happy about all that. Which is understandable, though I don’t know the details of why he let go of the brand in the first place. That hasn’t stopped Daniel from doing what he does best, making and designing watches. He actually still makes 2-3 watches a year. Pretty much all by himself, by hand. 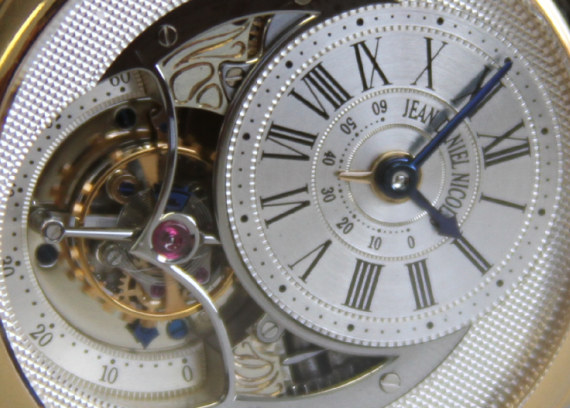 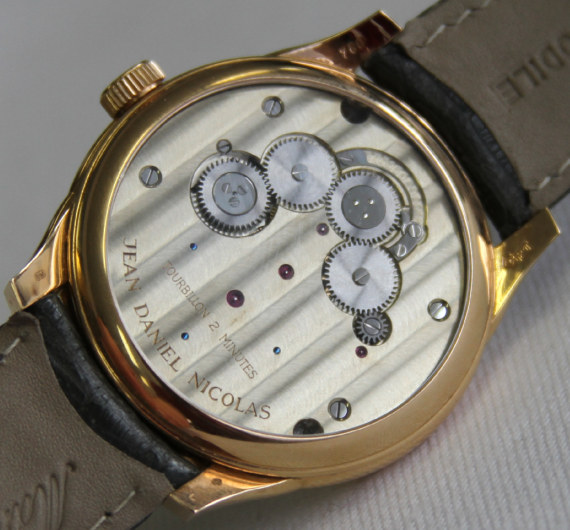 Daniel Roth is also currently working with Maitres Du Temps. The beautiful high-end brand who makes the Chapter One and Chapter Two watches, as well as the upcoming Chapter Three watch that will debut next year. While visiting with Maitres du Temps recently I was able to sit with Mr. Roth who showed me two watches of his own design and construction. The beautiful and classic watches weren’t something I could pass up writing about.

You’ll notice the name of the “brand” on the watches is Jean Daniel Nicolas. Daniel made this name up, and it includes the name of himself, his son, and a modified version of his wife’s name. So, consider this a real “Roth family” timepiece.  The two watches appear to have similar movements, but just in differently-shaped cases. The tourbillon movements are manually wound with a two minute tourbillon, the time, and a power reserve indicator. The power reserve hand is located in the main hands stem and follows a 60 hour scale on the watch dial. Really nice integration of that feature. 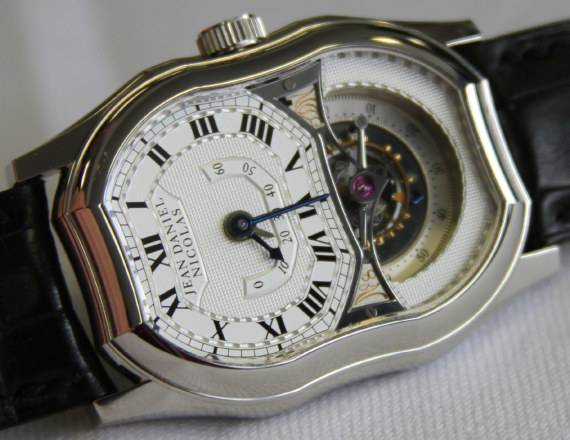 The two minute tourbillon spins once each two minutes. It thus has two hands jetting out of it that follow a linear one minute scale. Once one hand is done with the scale, and another is moved around to start as zero. It is a pretty clever way of having a tourbillon used to tell the seconds on just such a scale. What is so impressive about the watches is that they simply exude beauty and craftsmanship. This is REAL watch making. Done by a very talented master watch maker by hand. Sure Daniel needs to get certain parts from supplier, he still specifies exactly what he needs, and put everything together in his shop. For this reason he is only able to make 2-3 of these watches each year. He will spend weeks just finishing and polishing small gears and bridges by hand.

The attractive quality of the Jean Daniel Nicolas watches are self-evident. You can’t deny that these are serious watches, for serious connoisseurs. They also embody the traditional core values of watch making. Those being, beauty and decoration, adherence to tradition, high emphasis on legibility, complex mechanisms, and tasteful refinement. If you ever wanted a sure bet as to getting a collectible watch, this is one to look at. 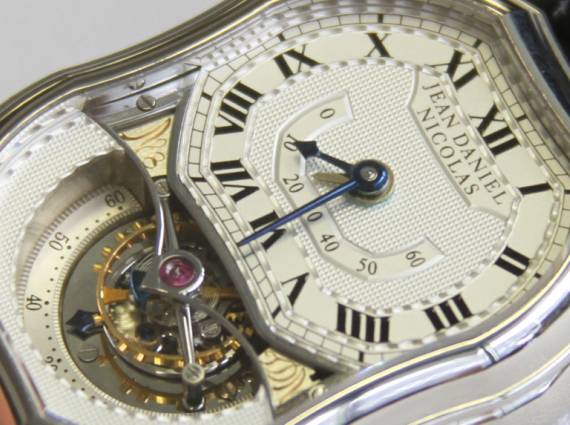 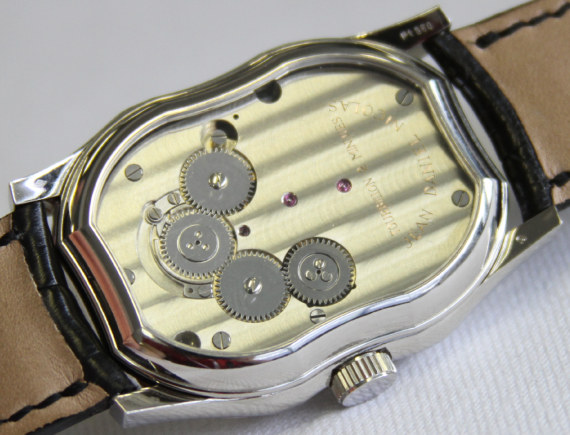 The round watch is in gold and the other in platinum – both pretty “reasonable” in size. Meaning they aren’t too large, but certainly not “petite.” The level of polish and refinement (like I said) is outstanding. The years of training and experience that Mr. Roth has accumulated shines through in these pieces. The round cased version is likely to have a bit more of a Western appeal, and the rounded edge rectangular version is more unique, with a style similar in theme to that iconic shape that Daniel Roth branded watches have. Holding and winding the watches is a pleasure. The blued steel hands are a breeze to read on the beautiful guilloche engraved dial with Roman numeral hour indicators on it. Daniel designed the dials with a high level of symmetry, which is carried over (as much as possible) to the exposed gears in the movement of the watch that is visible through the sapphire caseback window.

You may or may not be aware of Jaeger-LeCoultre’s “Are you ready for a real watch” ad campaign. I think it is a pretty silly marketing message, but if certainly applies here, except the brand would be Jean Daniel Nicolas from Daniel Roth. Mr. Roth doesn’t speak English, so I was grateful for the interpreter, and thank the both of them taking the time to meet with me. I want to share an anecdote from the meeting with Mr. Roth.  Given the fact that one of his watches, for example, is likely in the hundred thousands of dollars (probably in the 100,000 – 200,000 range), I asked him what he recommended to people who are very interested in well-made mechanical watches but simply can’t afford pieces like his. He gave it some thought for a while, and then proceeded to recommend Patek Phillipe as a good “lower cost” brand that makes good movements. Both the interpreter and I got a kick out of that. Pressed harder, he proceeded to recommend perhaps a poster of a nice watch movement as wall art, and then relented to say that for the most modest of budgets, getting a mechanical Swatch watch would be a good entry level piece where one can enjoy viewing a mechanical movement in action. So there you have it folks, Patek Philippe is officially a “good entry level brand for mechanical watches.” I don’t think I am ever going to afford this hobby!