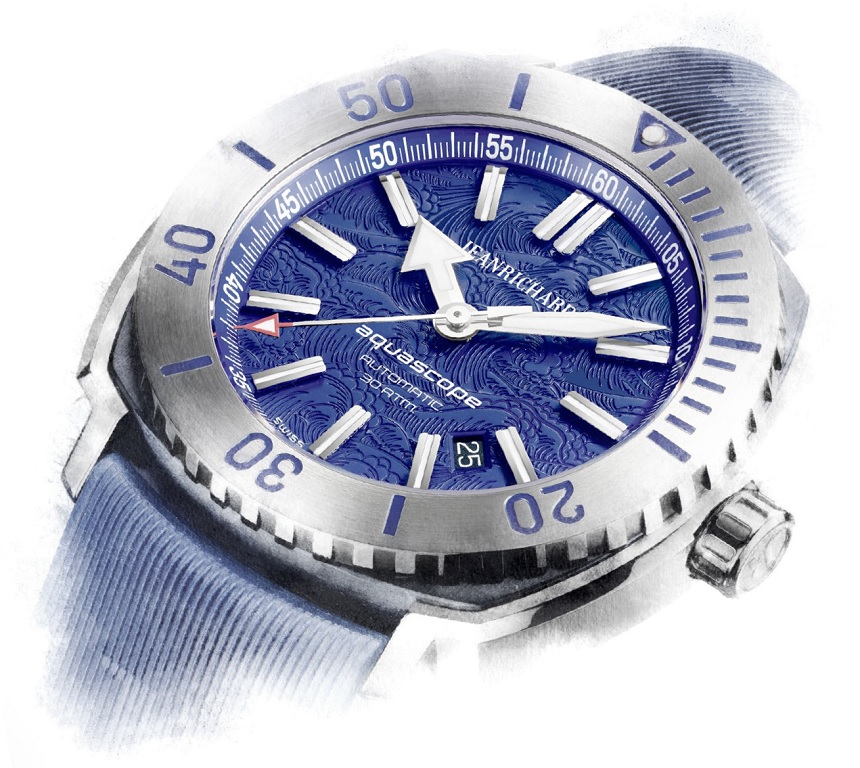 Swiss Jeanrichard can’t seem to get enough special edition models out their doors lately – but at least most of them are pretty cool. This newest series of special models is in honor of Japan, and puts a Hokusai-inspired dial on an Aquascope watch. Let me first mention what I don’t know: and that is whether or not these are part of a limited edition, or if they are to be exclusively sold in Japan. I have a feeling the answer to both is “no,” but we just don’t know yet. Having said that, my instinct tells me these will be part of a limited production, meaning their numbers won’t be strictly limited but they aren’t going to be regular models and will be produced for maybe a year or so only. 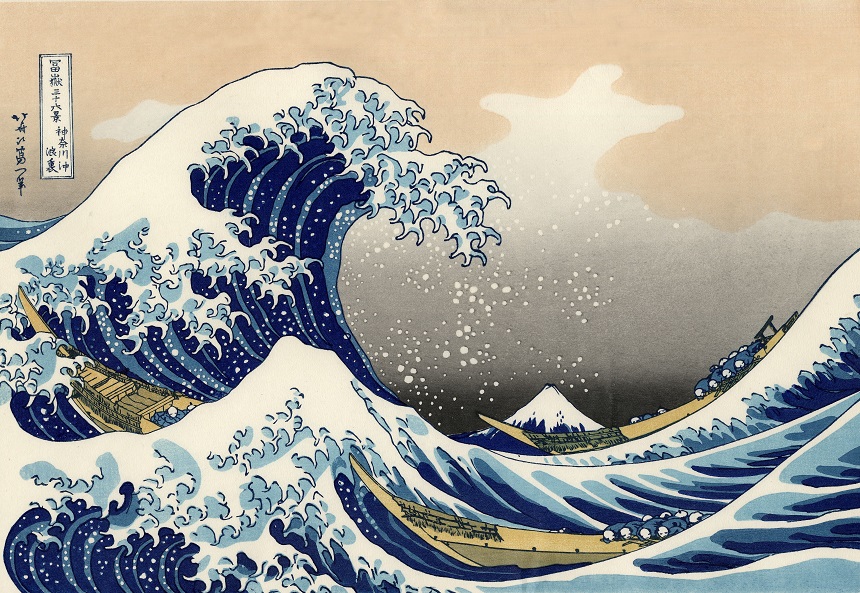 For years now, we’ve seen dive watches with wave patterns on the dial. Brands such as Omega and Ulysse Nardin have been doing that for a while. Using instances like those as precedent, Jeanrichard decided to replicate some rather famous waves on the dials of two Aquascope models, that it touts as being produced to celebrate 150 years of Swiss-Japanese diplomacy. Honestly, I think the connection to the 1864 “Treaty of Friendship and Commerce” between Japan and Switzerland is a bit off-point and unnecessary. Swiss watch makers love to celebrate real and made up holidays, so we put up with it if interesting watches come as a result. 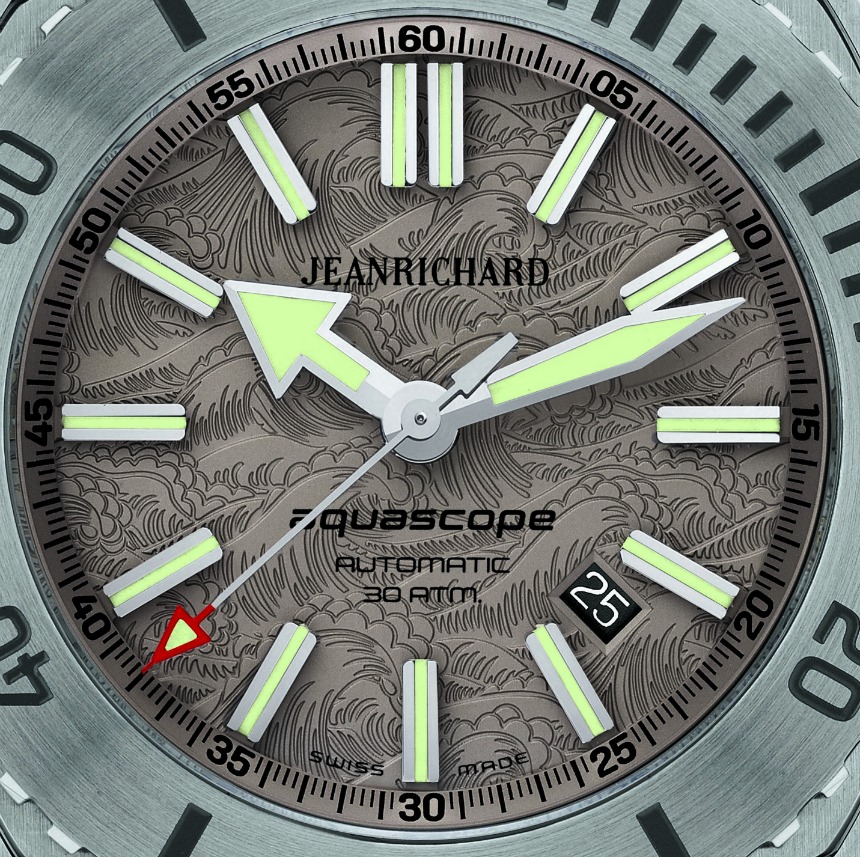 Japan is an important market for timepieces so Jeanrichard designed a dial that replicates the look of the very famous work by Katsushika Hokusai known as “The Great Wave Off Kanagawa.” Often known simply as Hokusai’s Great Wave, it is a masterful piece of artwork that almost everyone has seen before, and was created circa 1830 in Japan as a woodblock carving. While posters and prints abound, it is theorized the about 5,000 prints came off of the original woodblock carvings.

The Great Wave Off Kanagawa is an important work of art to me, for the silly reason that I had a big poster of it hanging over my bed for about a decade starting when I began college. It’s odd how it was always a relaxing piece of art even though it depicted boats in imminent danger. While the full work isn’t replicated on the dial of the Aquascope watches, the main theme of it is, with a pattern of repeating Hokusai-style waves. 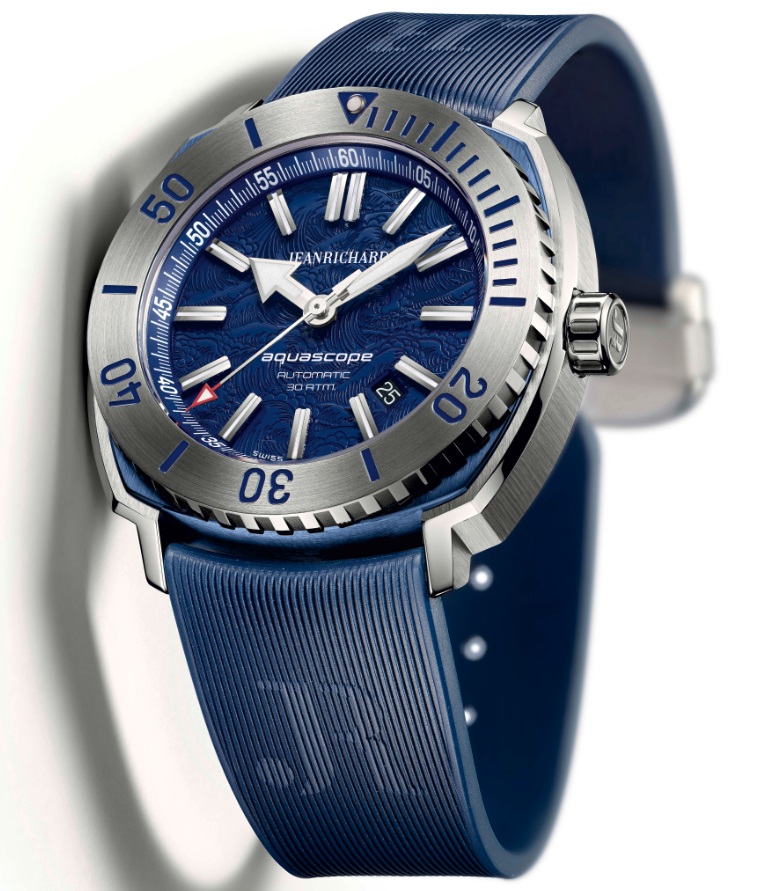 The special edition watch for Japan is built on the Jeanrichard Aquascope dive watch. 44mm wide in steel, the watch is water resistant to 300 meters and has a rotating diver’s bezel. I’ve long liked this design for its bold stature, legible dial, and attractive design. Inside the watch is the caliber JR60 automatic, which uses a base ETA or Sellita Swiss automatic movement. These versions are pictured with the rubber strap, but the watch is also available with a matching steel bracelet. 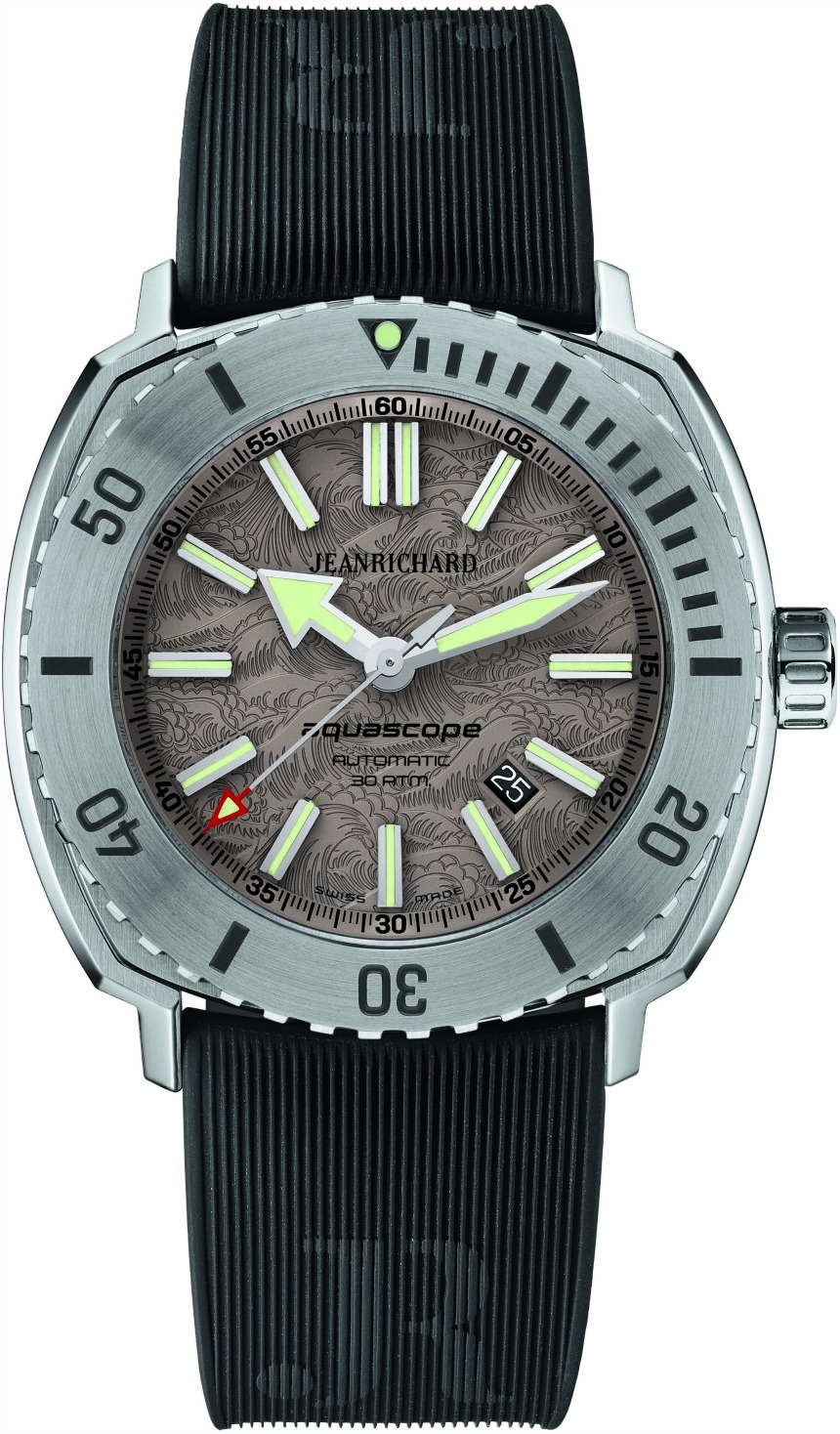 Pictured are two of the four color versions of the Aquascope Hokusai Japan watch. The blue dial is the ref. 60400-11E202-FK6A, and the watch dial also comes in gray, black, and white. That is a total of four dials that come either on a matching rubber strap or bracelet. If you happen to like textured dial dive watches and traditional Japanese art, this might be the right watch for you. I happen to quite like it and expect it to be available for sale world wide. Price is about $3,750. jeanrichard.com