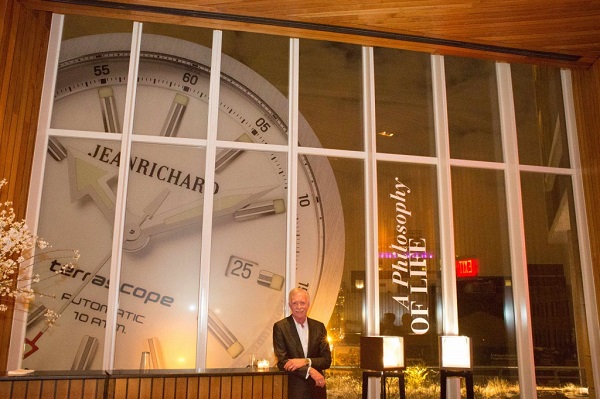 MONDAY EVENING, a full winter moon shone down on the Hudson River, playing with the reflection of Manhattan’s lights on the water and ice that, just over four years ago, Captain Chesley “Sully” Sullenberger III used as a runway for his “Miracle on the Hudson” landing of the stricken Airbus A320 he was piloting. 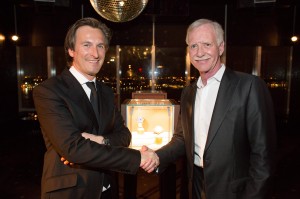 This time, though, the river was merely a placid backdrop as Captain Sully was feted by JeanRichard COO Bruno Grande and guests at the Standard Hotel, a landmark in Manhattan’s Meatpacking District. First came a cocktail reception at Le Bain lounge 18 floors above the Hudson — offering panoramic views of where US Airways Flight 1549 made its splash landing — and, later, dinner in the hotel’s High Line Room, with splendid river views as well.

There were many reasons for the festivities: the debut of Captain Sully as JeanRichard’s newest brand ambassador, the premiere of the 1681 and Terrascope collections and (while less overtly celebrated), the introduction of the revamped JeanRichard to the American market. Under the aegis of Sowind, JeanRichard is a sister brand to Girard-Perregaux, a relationship akin to that of Rolex and Tudor, or Tissot and Omega.

Naturally, wine glasses were raised, toasts given. Mr. Grande went first: “Sully is not only an individual with profoundly admirable qualities under pressure, as we saw in 2009 with his emergency landing on the Hudson, but he is also one who has channeled that toward the improvement and encouragement of aviation safety. We are very proud to have him as part of the JeanRichard family.” 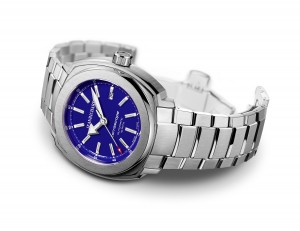 The guest of honor then took the stage. Referring to JeanRichard’s tagline, Captain Sullenberger said, “ ‘Philosophy of Life’ truly speaks to me. The beauty of the watches, the passions of its artisans and managers and, even more importantly, their idea of working together on projects that are close to my heart and spirit made me happy to join the flight.”

After a presentation highlighting JeanRichard’s new timepieces, examples of the 1681 and Terrascope collections made their way from table to table. Among the more striking pieces was the steel, cushion-shaped Terrascope, with a blue lacquered dial and steel bracelet. Its case, 44mm wide and reinforced by two lateral arms, is reminiscent of the Glashütte Original Seventies Panorama Date, which itself is evocative of the Patek Philippe Nautilus. Not all cushion-shaped cases are created equal, of course, but given the JeanRichard’s attainable price point, 42-hour power reserve and self-winding JR60 movement, it’s clear that Sowind is taking this relaunch as seriously as Captain Sully took the safe deliverance of his 155 passengers. As always, time will tell (pun intended) how the market takes to the new models — and the new face — of JeanRichard. Limited edition watch to come soon.