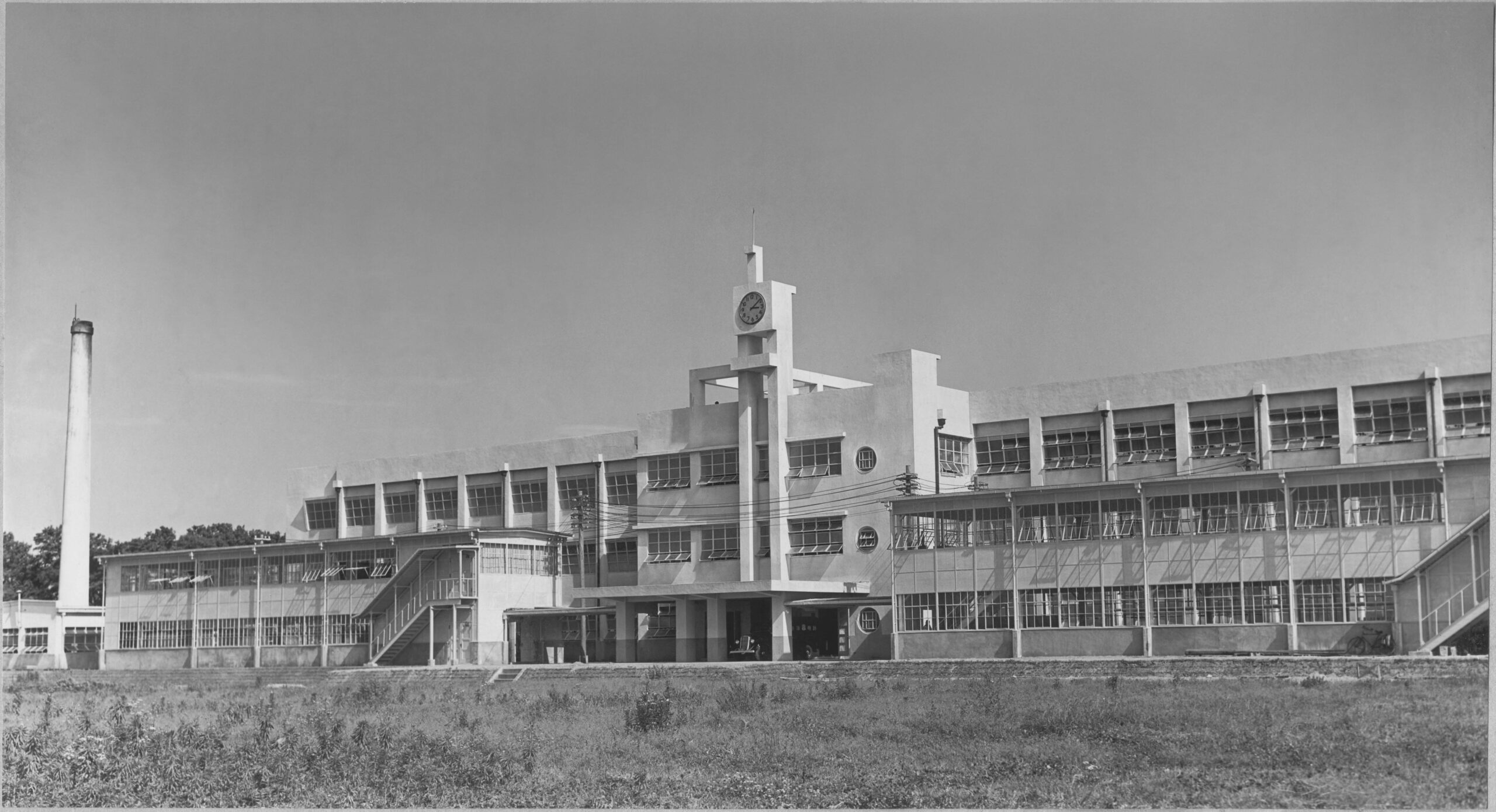 Journey Back Through Time With Orient Watches

During the mid 20th century, Japan was the epicenter of modern industrialism. With a highly educated workforce and a global appetite for goods and technology, the time was right for enterprising entrepreneurs to stake a claim in manufacturing high-precision instruments, watches chief among them. The factories, workforce, and infrastructure to rekindle Japanese watchmaking was in place and all that was needed was the skills — and will — to resurrect a dormant industry. From this crucible was born Orient Watch Company in 1951.

Though the modern incarnation of Orient dates to 1951, its legacy stretches back another half century, to 1901, when watchmaker Shogoro Yoshida’s Yoshida Watch Shop first opened its doors in Tokyo. After a decade of importing and selling watches, Yoshida began to manufacture cases and, in 1920, began producing clocks in his newly formed Toyo Tokei Manufacturing factory. Fast forward to 1934, and the brand was making wristwatches, producing them in its state-of-the-art, four-story Hino factory. Production was short-lived, however, as the Hino factory was repurposed and watchmaking soon ceased. In the mid-1940s, the Hino factory attempted to restart operations and produce watches once again, but was soon forced to shutter its doors. Luckily, workers at the Hino factory realized the potential of their combined expertise and manufacturing capabilities and united to form the Tama Keiki Company in 1950. One short year later in 1951, the name was changed to Orient Watch Company, and watch production was revived in earnest, signaling the true beginnings of the modern incarnation of Orient. 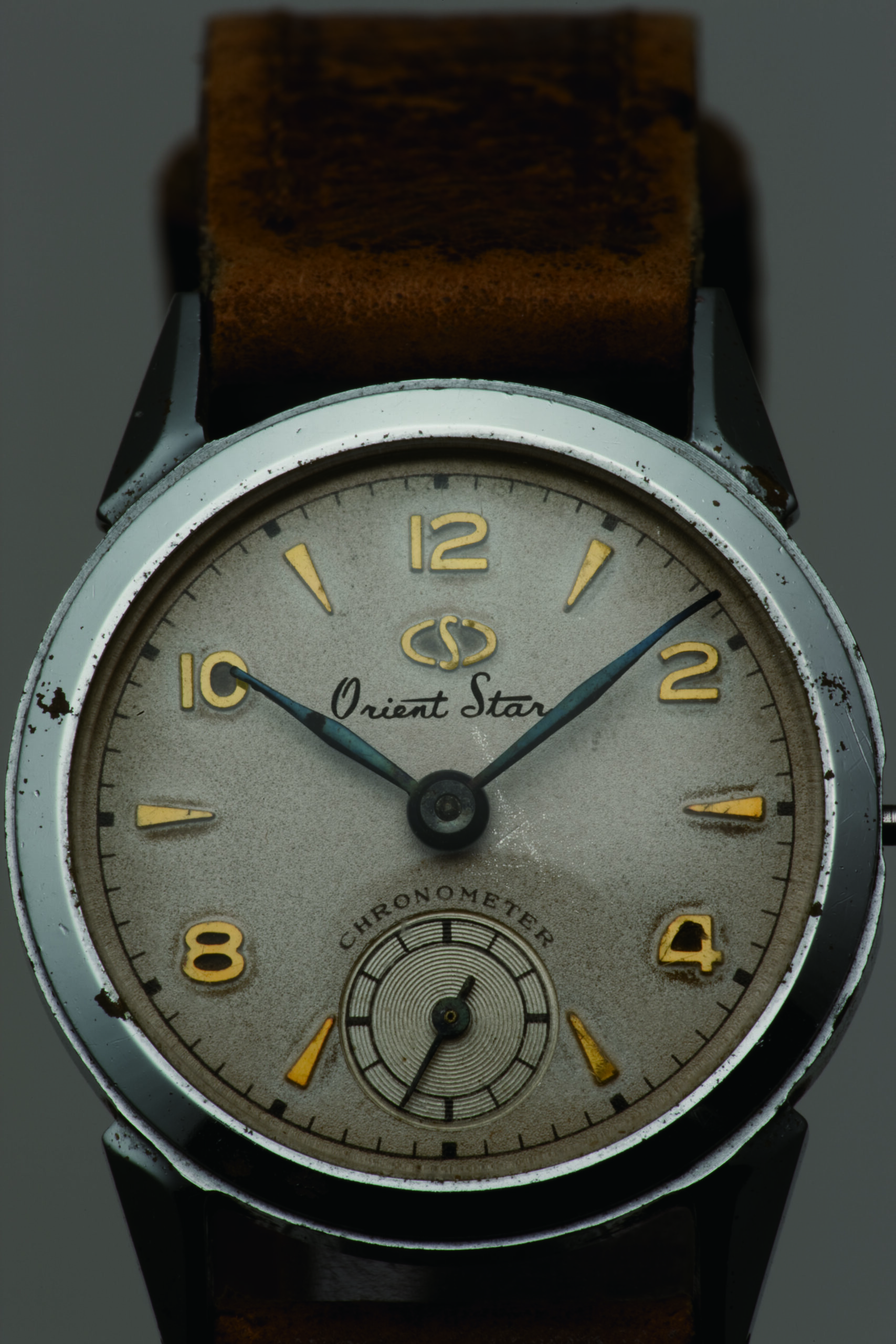 In 1951, the brand was already looking to the future, hiring Tamotsu Aoki, a Professor Emeritus at the University of Tokyo and first chair of the Horological Institute of Japan, as advisor to the brand. Aoki had grand ambitions for reinvigorating Japanese watchmaking and reaching a global audience. Indeed, even the brand name Orient, from the Latin “oriri” meaning “to rise,” speaks to the brand’s ambitions outside of Japan. Since its inception, Orient was set on competing in the global marketplace with a focus on creating durable, reliable timepieces featuring high-quality in-house movements and doing so at a competitive price point. So, without further ado, let’s take a trip through time to see how the brand has evolved over the past 70 years.

At the turn of the 1950s, Orient launched its first mass-produced watch — a hand-winding wristwatch with a small movement featuring a subseconds register. While the first model off the line was designed to be mass-produced and accessibly priced and featured a movement produced in the factory during its early years, Orient also had its sights set on creating an upscale line of watches. Thus, just one year after re-starting the brand, Orient launched the Orient Star. Taking inspiration from a shooting star, the Orient Star featured blue steel hands and high-end finishing. Further differentiating the line, in 1952, Orient designed a new hand-winding movement featuring 10 or 15 jewels that replaced the pre-war movement in the Orient Star. Later iterations, like the Orient Star Dynamic from 1957 utilized the new and improved T-type center seconds movement that was more robust, thanks in part to a Nivaflex spring. 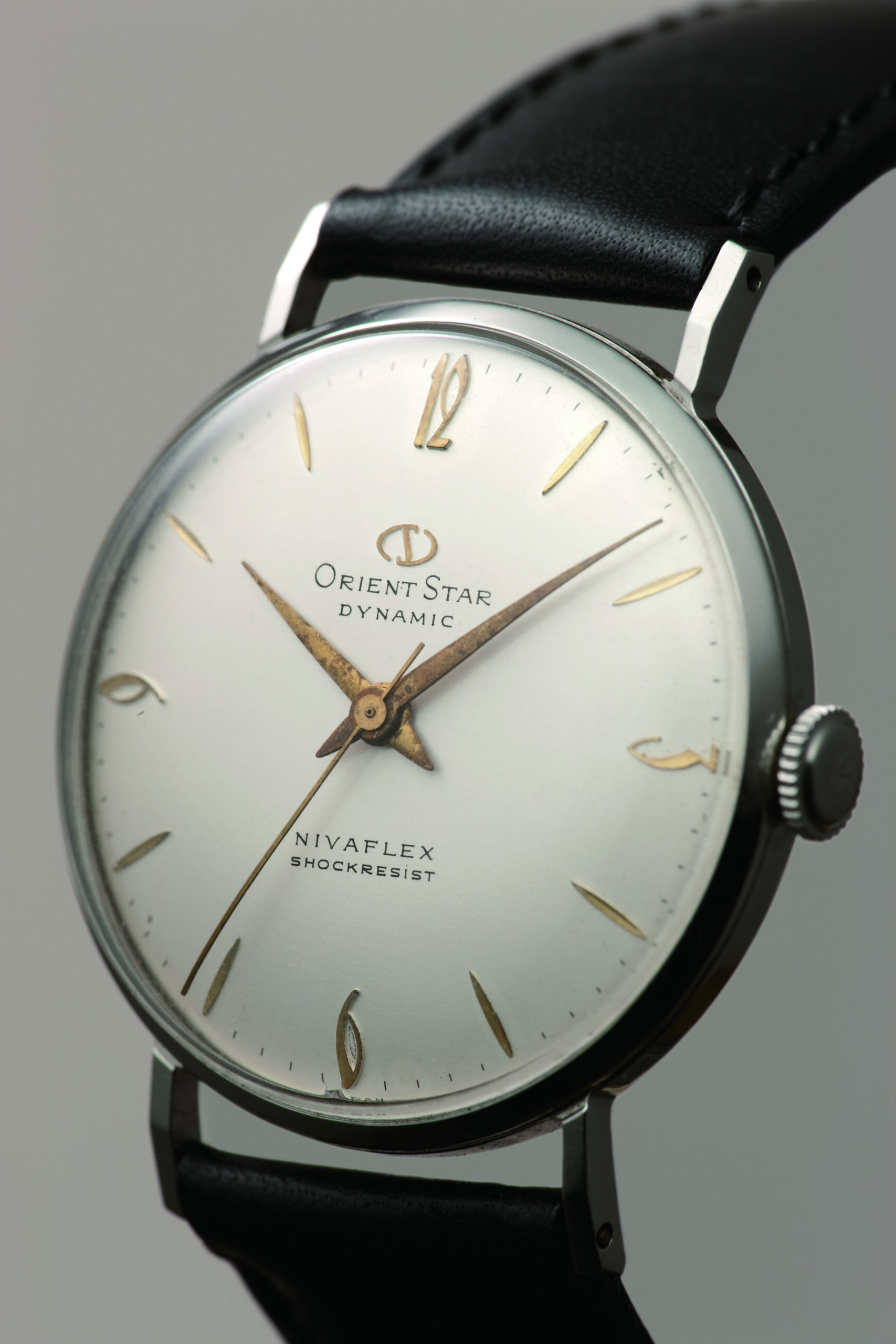 Continuing on its upscale trajectory, Orient next launched the Royal Orient as part of its luxury line in 1958. As a nod to practicality, the Royal Orient was water resistant and featured the brand’s larger diameter and more stable 19-jewel N-type movement. The luxurious finishing and focus on movement engineering of the Royal Orient would later give rise to the Grand Prix and Fineness lines of the 1960s. 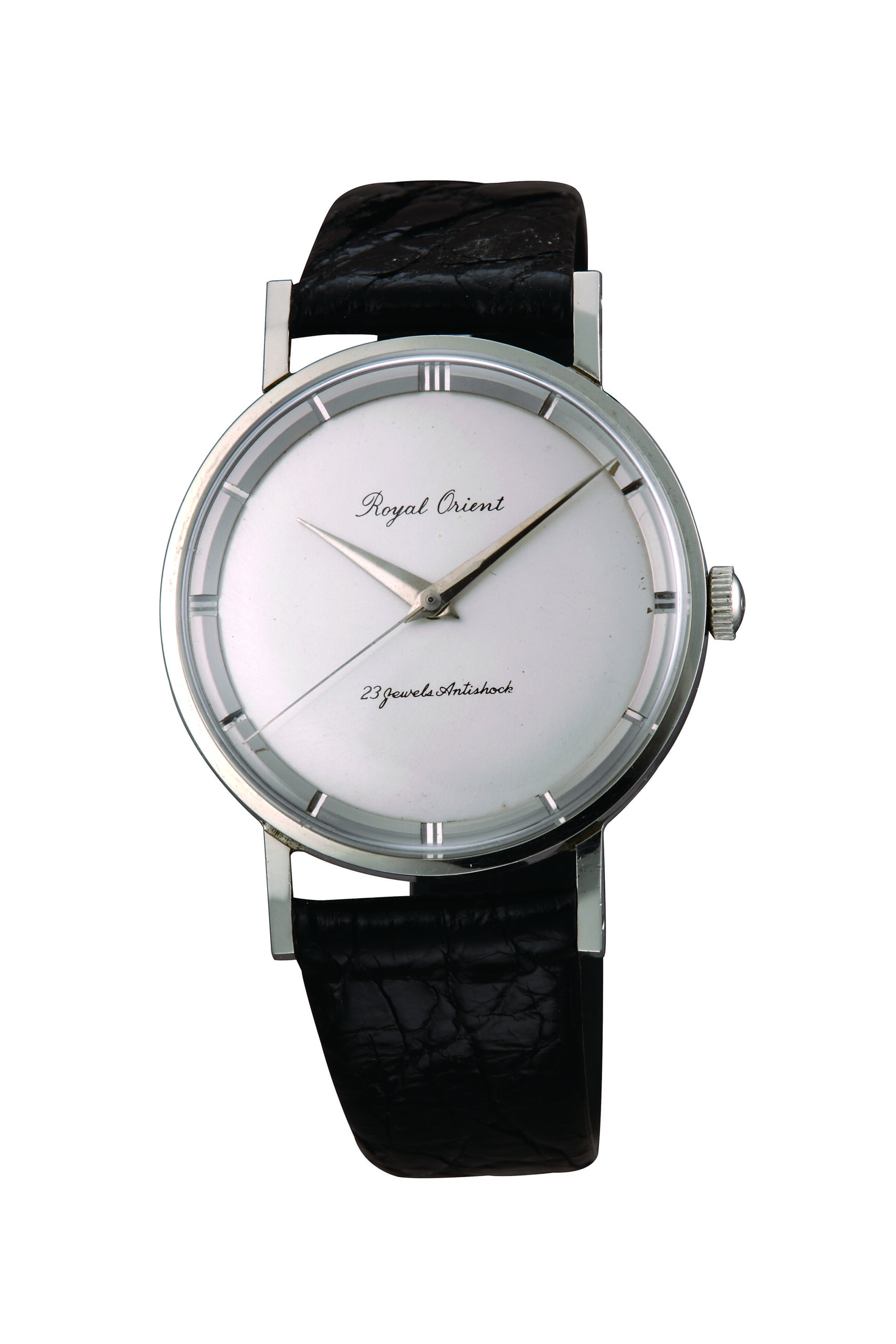 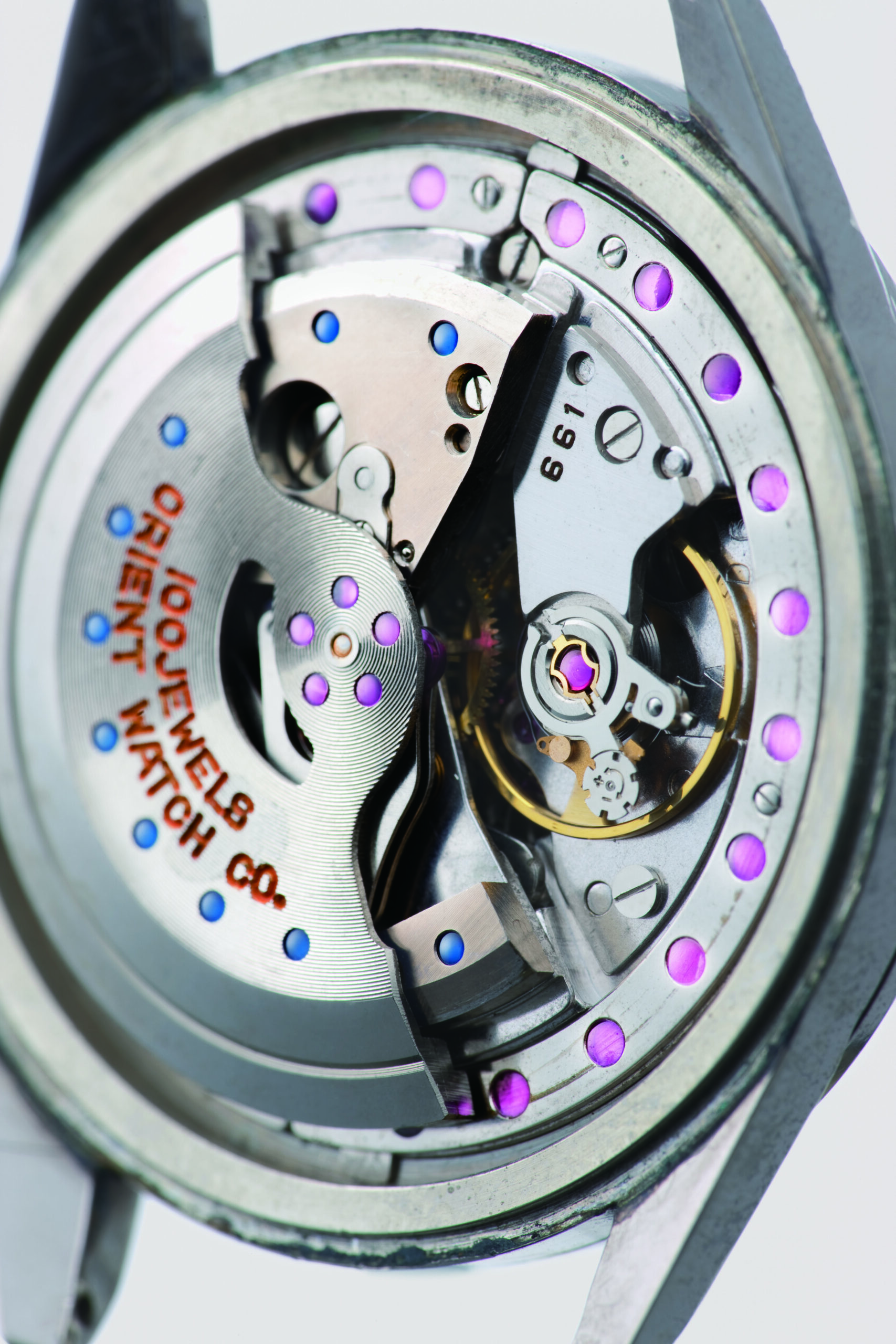 Since its inception, Orient has been a brand with a global reach and a global outlook. With the worldwide boom in SCUBA diving and the rise of dive watches with rotating bezels and high water resistance, Orient released its first diver, the Original Diver’s Watch, in 1964. That same year, Orient released a watch with its most ambitious movement to date, the Grand Prix 100. The 100 in the model name refers to the mind-boggling 100 jewels in its automatic movement, allowing it to easily take the lead in the “jewels competition” of the 60s. 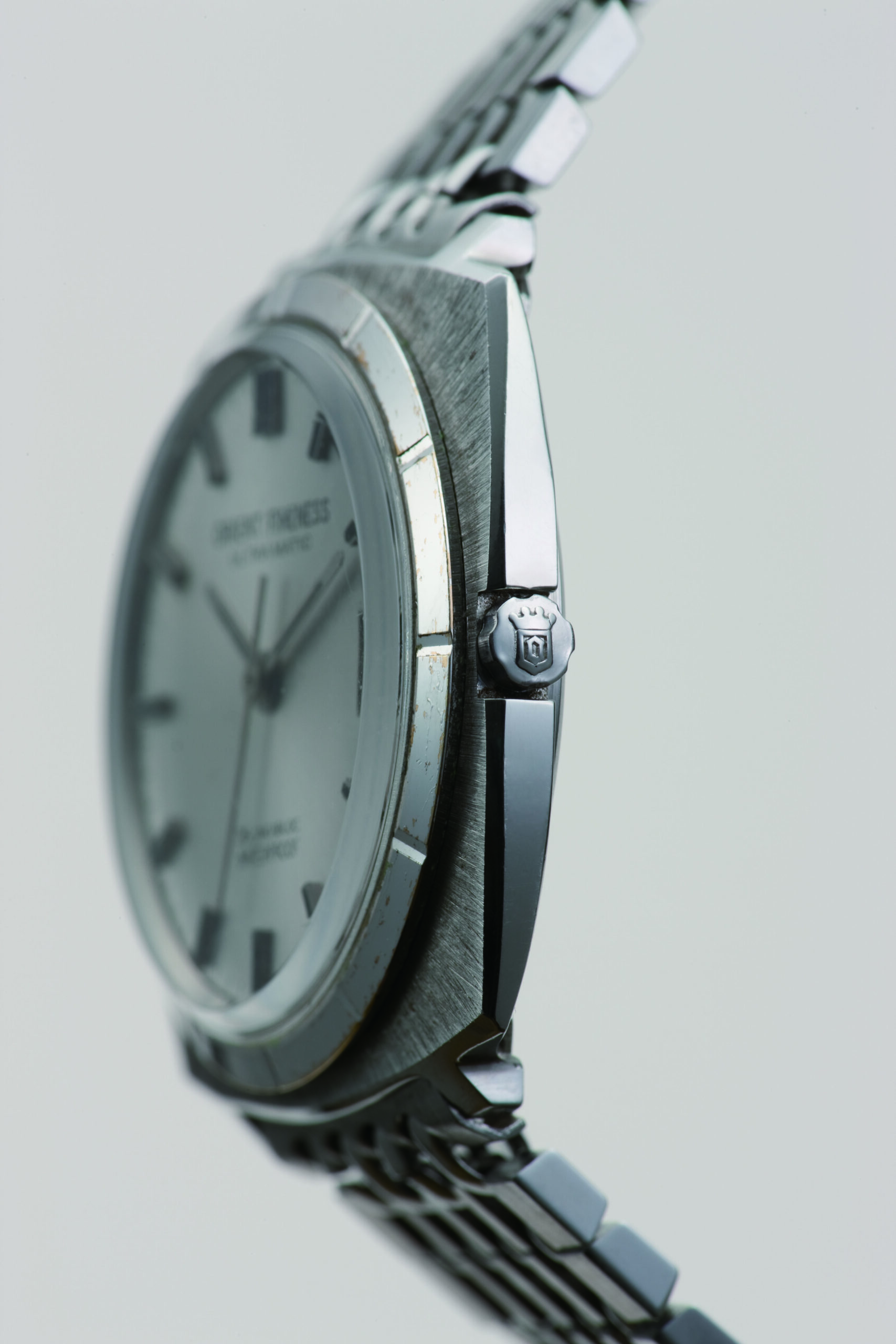 During the 1960s, the brand was following global trends in the watch industry and as watches moved from practical devices to fashion accessories, Orient was flexing its design muscles with some wild, avant-garde designs in striking colorways. At the same time, the brand was focusing on technological advancement in movement manufacturing. Case in point: The Cal. 3900 series movement, released in the Orient Fineness, was at the time the thinnest automatic movement in the world on a watch with a day and date display, measuring in at only 3.9mm-thick. 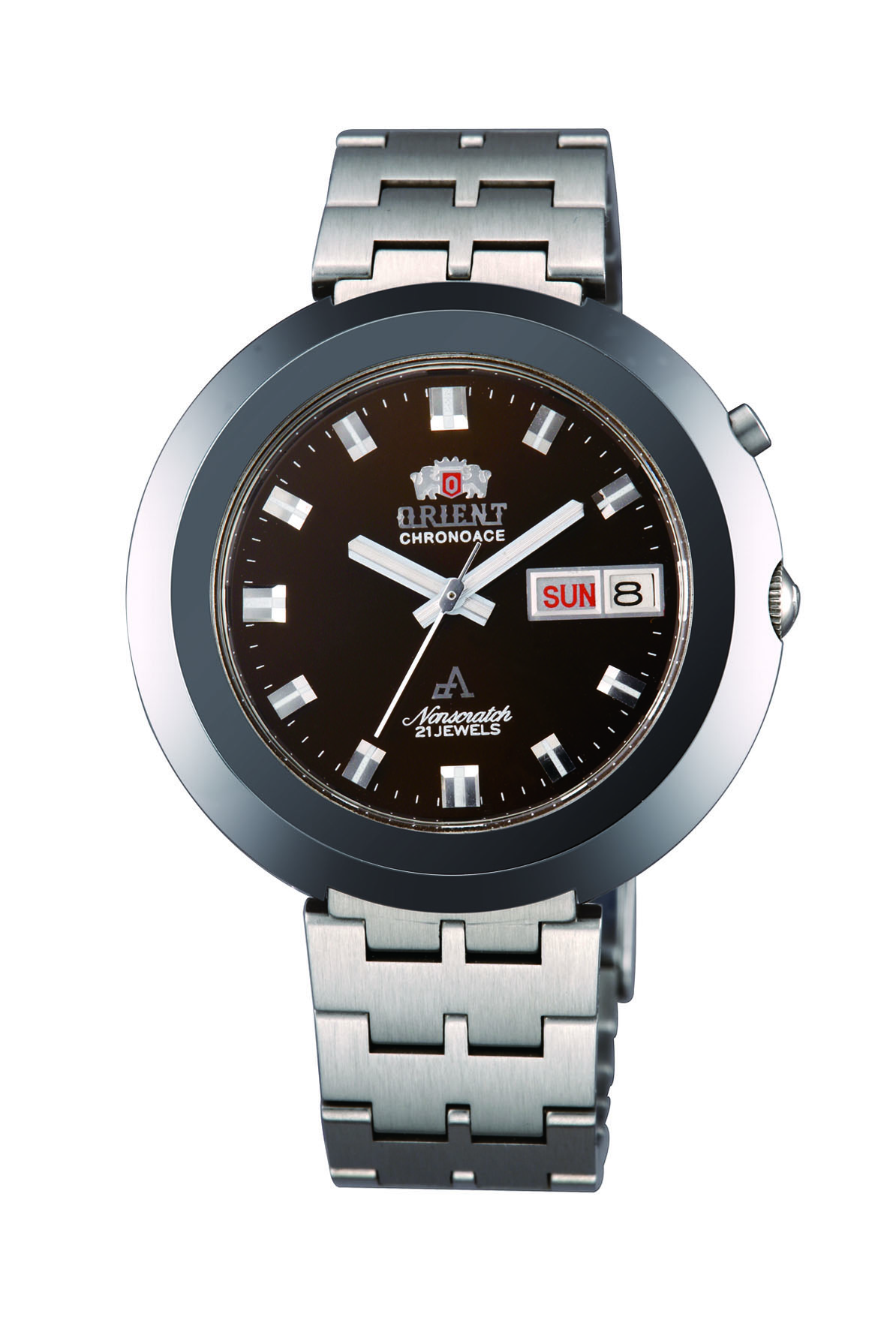 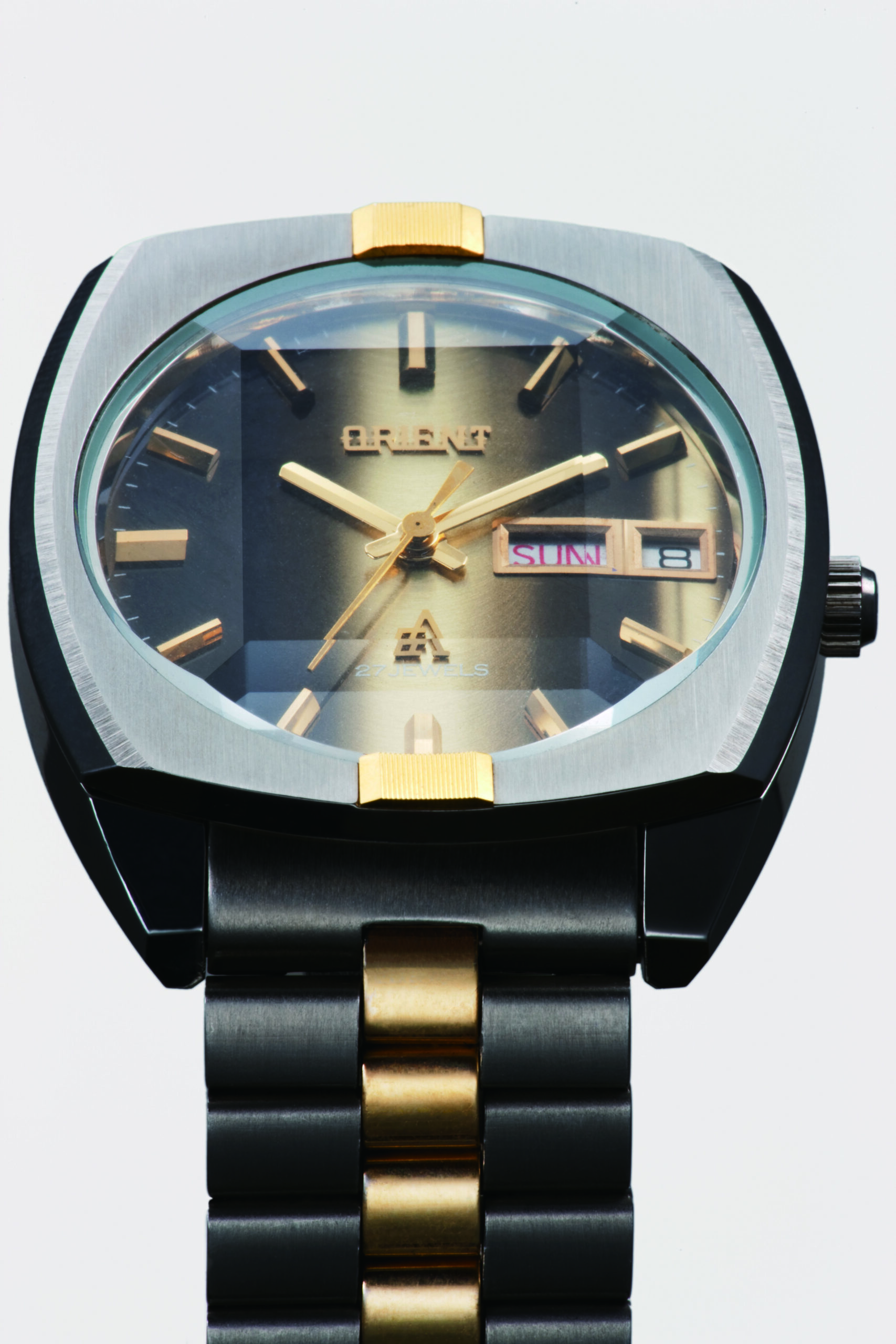 Continuing the trend of experimentation in color and design that began in the 1960s, the 1970s saw the introduction of some truly wild colorways, such as the color-shifting Ace Chrono Jaguar Focus. Not only was the Jaguar Focus housed in a sleek and angular cushion case, but it was also fitted with a faceted-cut glass crystal with nine faces. Two years later, the brand released the Orient Mexican — a green-dial faceted crystal watch with a two-tone case and bracelet. 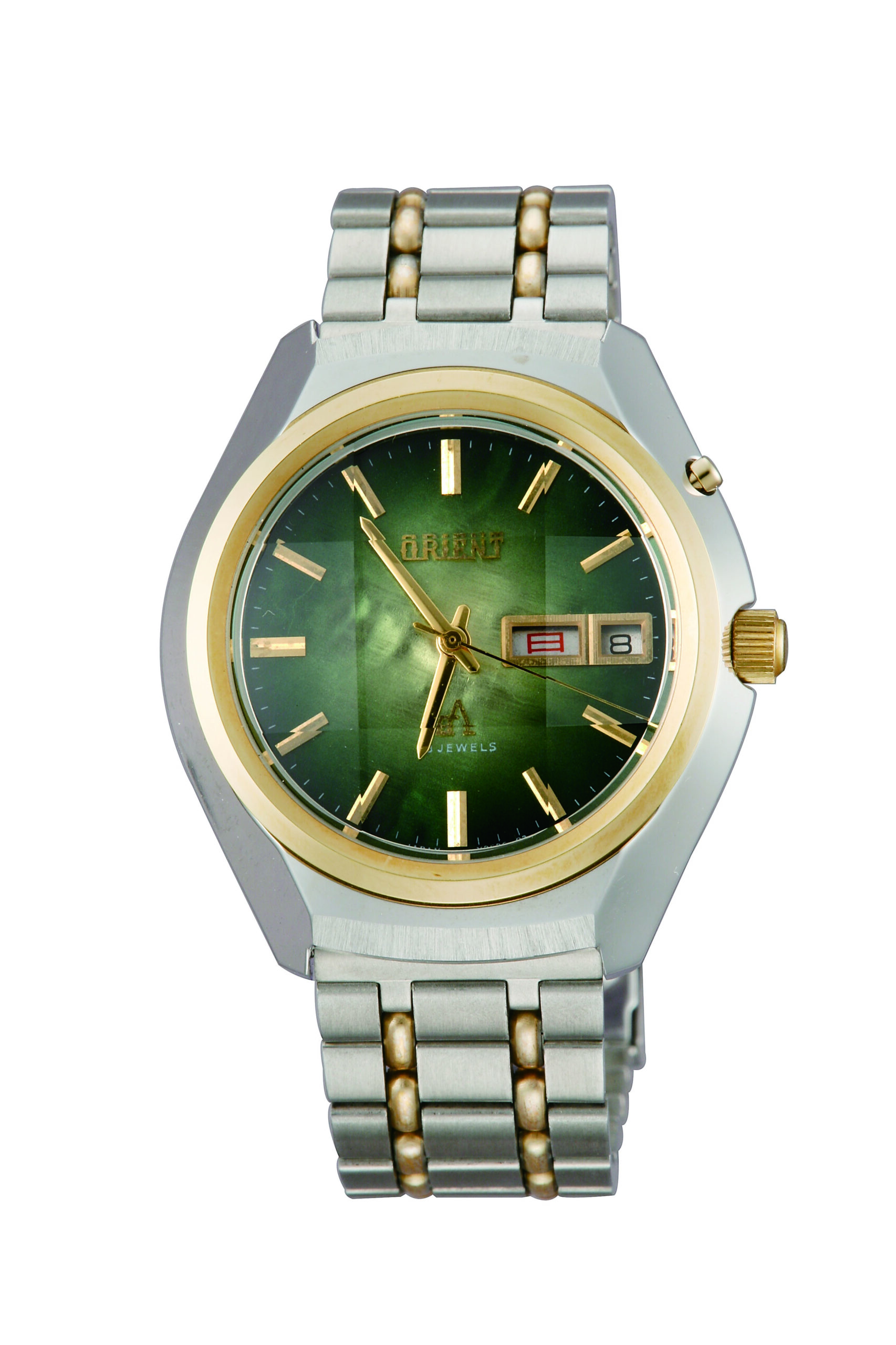 The 1970s marked a turning point for Orient as it introduced its Cal. 46 movement. This movement — praised for its durability, accuracy, and reliability — put Orient on the map, showcasing the brand’s traditional watchmaking prowess, while others were shifting towards industrialized production. The self-winding Cal. 46 movement was small, thin, and adopted a magic lever for high-efficiency winding. Over half a century later, and with plenty of refinement, the Cal. 46 remains Orient’s primary movement. 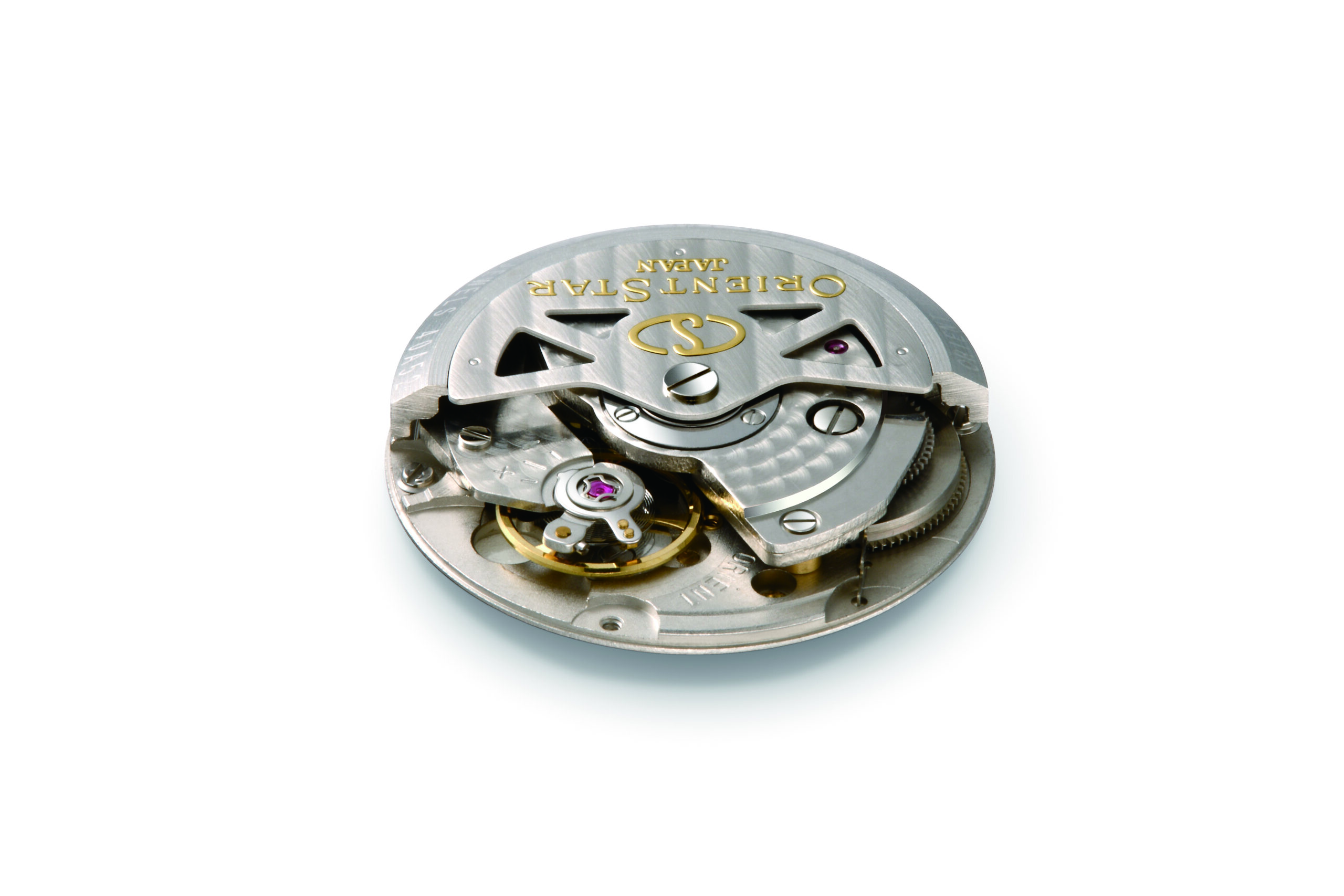 While many traditional watch brands were decimated by the introduction of low-priced quartz movements and futuristic LED watches, Orient was quick to adapt to the changing marketplace and directly compete, offering its own value-driven take that utilized these new technologies. As an example, the Orient Touchtron, introduced in 1976, featured an LED module that the brand co-developed with Sharp. The first of its kind, the Touchtron featured an LED that lit up and displayed the time at a touch of the case (though this was later replaced by the Touchtron II with a button for the illuminated display). 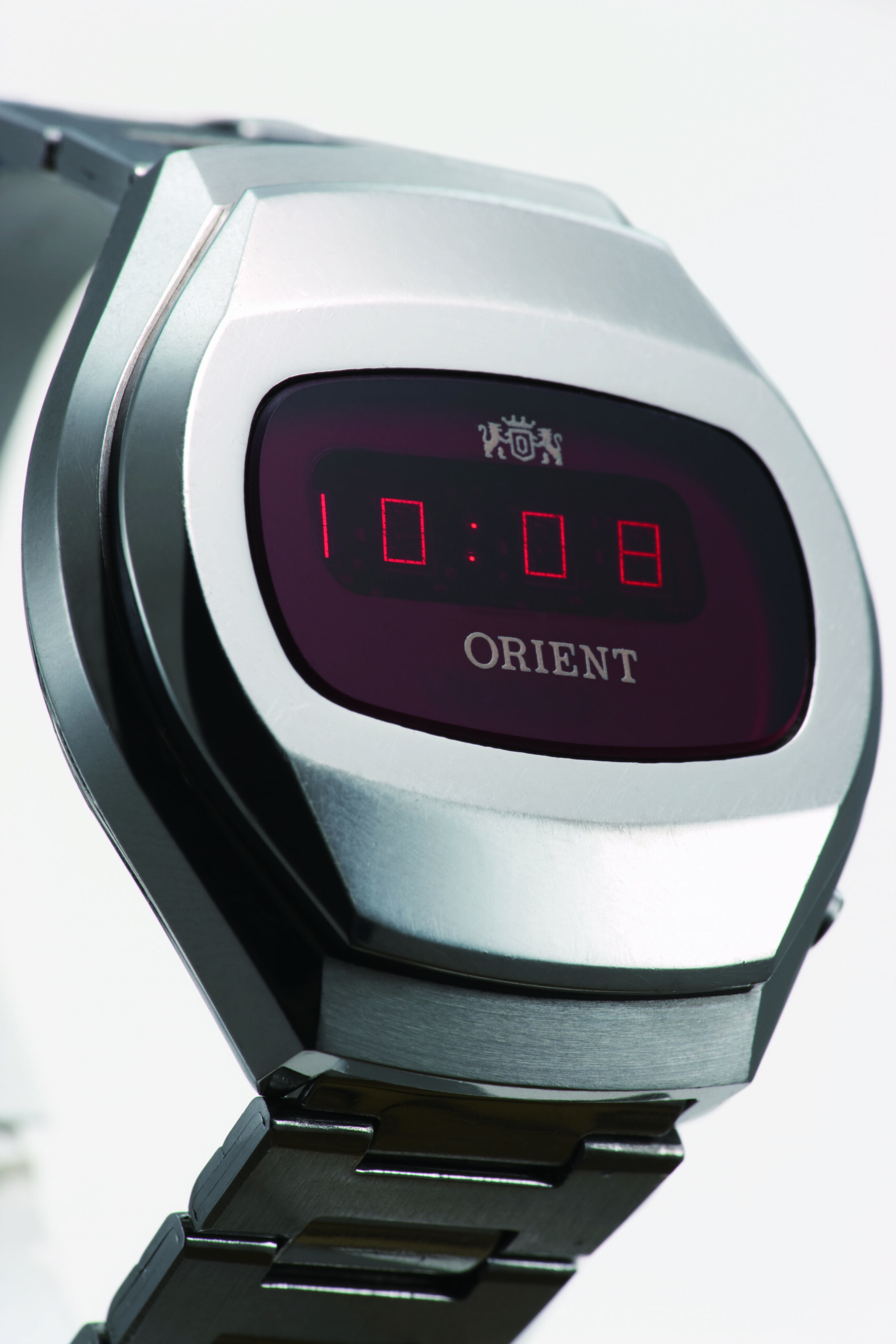 Despite the rise in popularity of quartz technology, Orient never abandoned its roots in traditional watchmaking. Indeed, Orient has an extensive line of skeletonized watches that aim to showcase the mechanical movements beating inside. Starting this trend was the Mon Bijou, introduced in 1991. Housed in a gold-plated stainless-steel case, the star of the show was the Cal. 48320 movement — one that would later be adopted in the Orient Star line. With impeccable movement finishing and a sleek, modern look, the Mon Bijou would set the tone for the future. 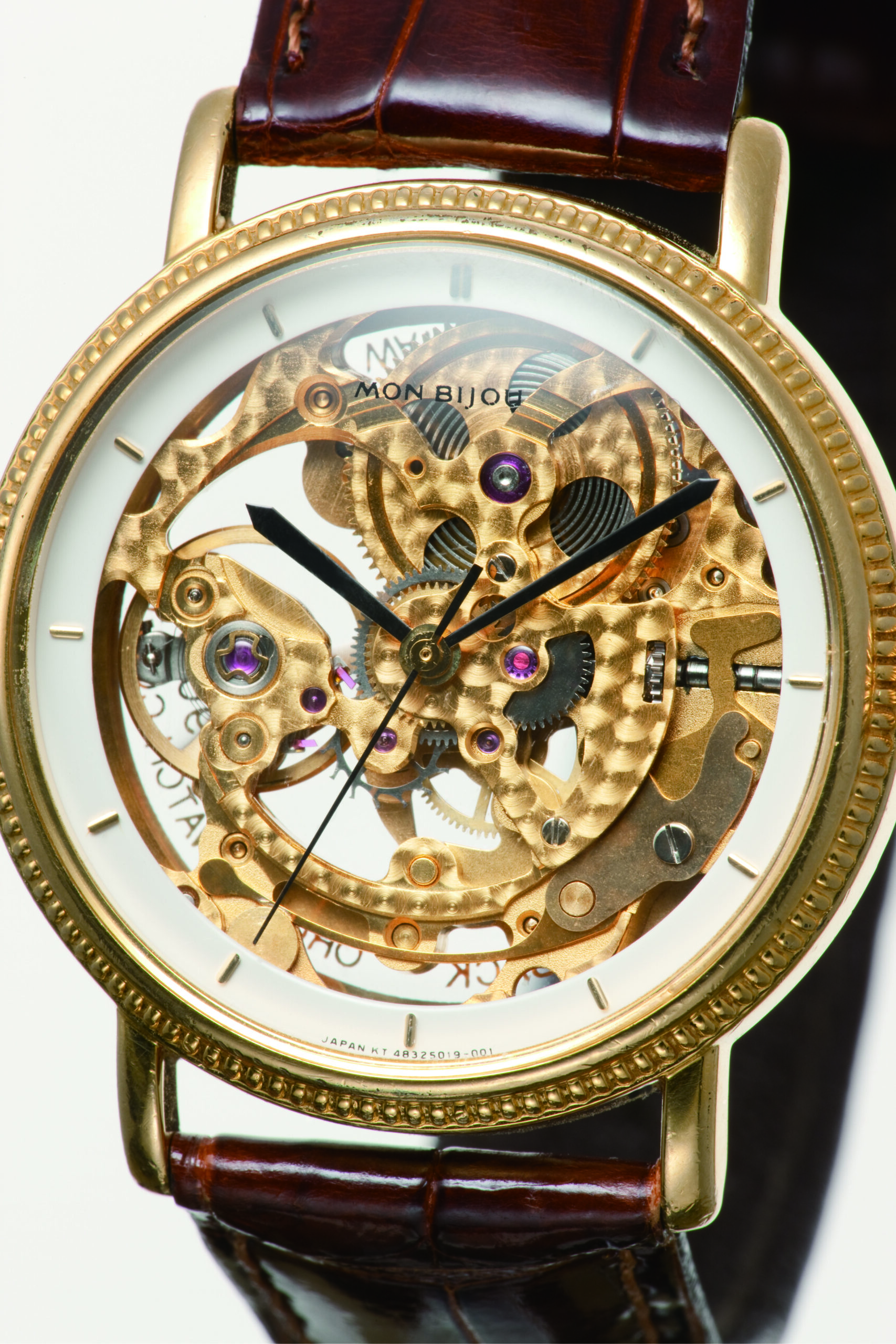 In 2004, Orient released what was its masterpiece at the time — the new Royal Orient. Orient had just opened the doors to its new Orient Technical Center the previous year, revealing the new Royal Orient as the first watch to be assembled in the new watch studio. The Royal Orient had a modern aesthetic, echoes of which can still be found in current production pieces, but also featured a new movement design (Cal. 88700). Though the original 2004 release was limited to just 100 pieces, the watch became a staple in the brand’s lineup in 2008. 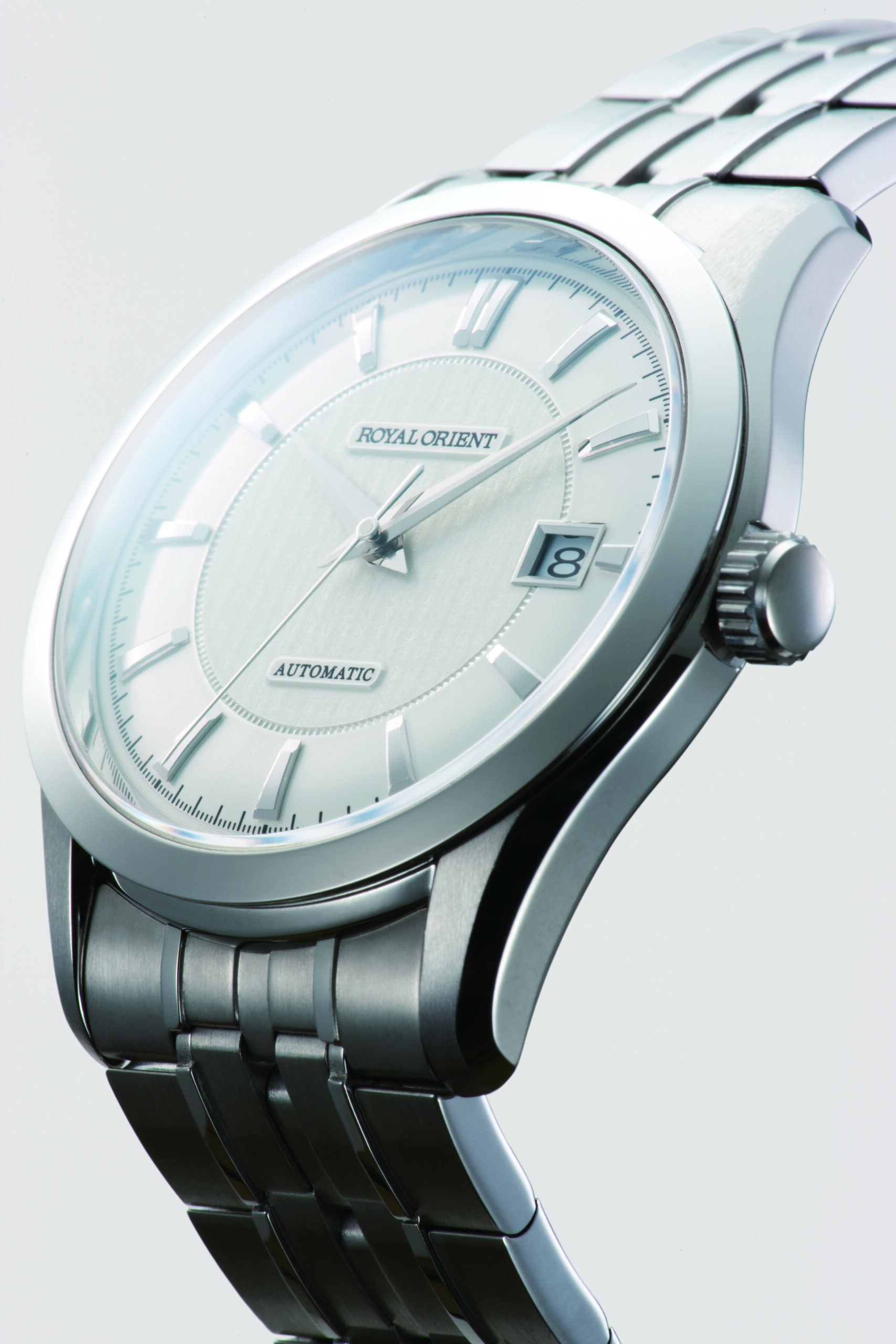 2004 Revival of the Royal Orient

Inspiration can come from anywhere, and in the 2009 Orient Star Retro Future Road Bike, it came in the form of road cycling. Featuring the dial skeletonization that was becoming a hallmark of the brand, the Retro Future Road bike had lugs that resembled the tubes and lug joinery found on classic road bikes and bracelets with ample inspiration from the world of cycling. 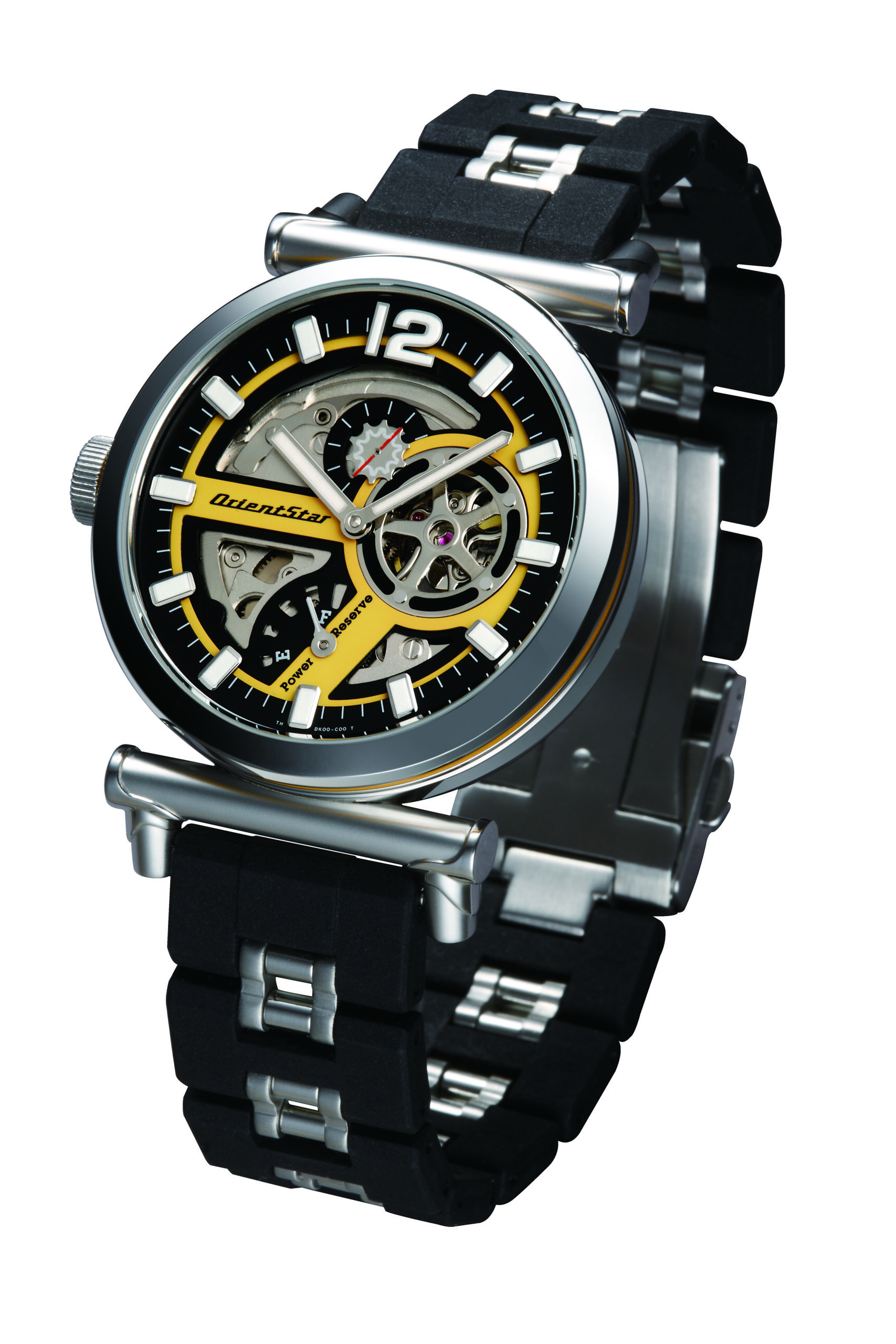 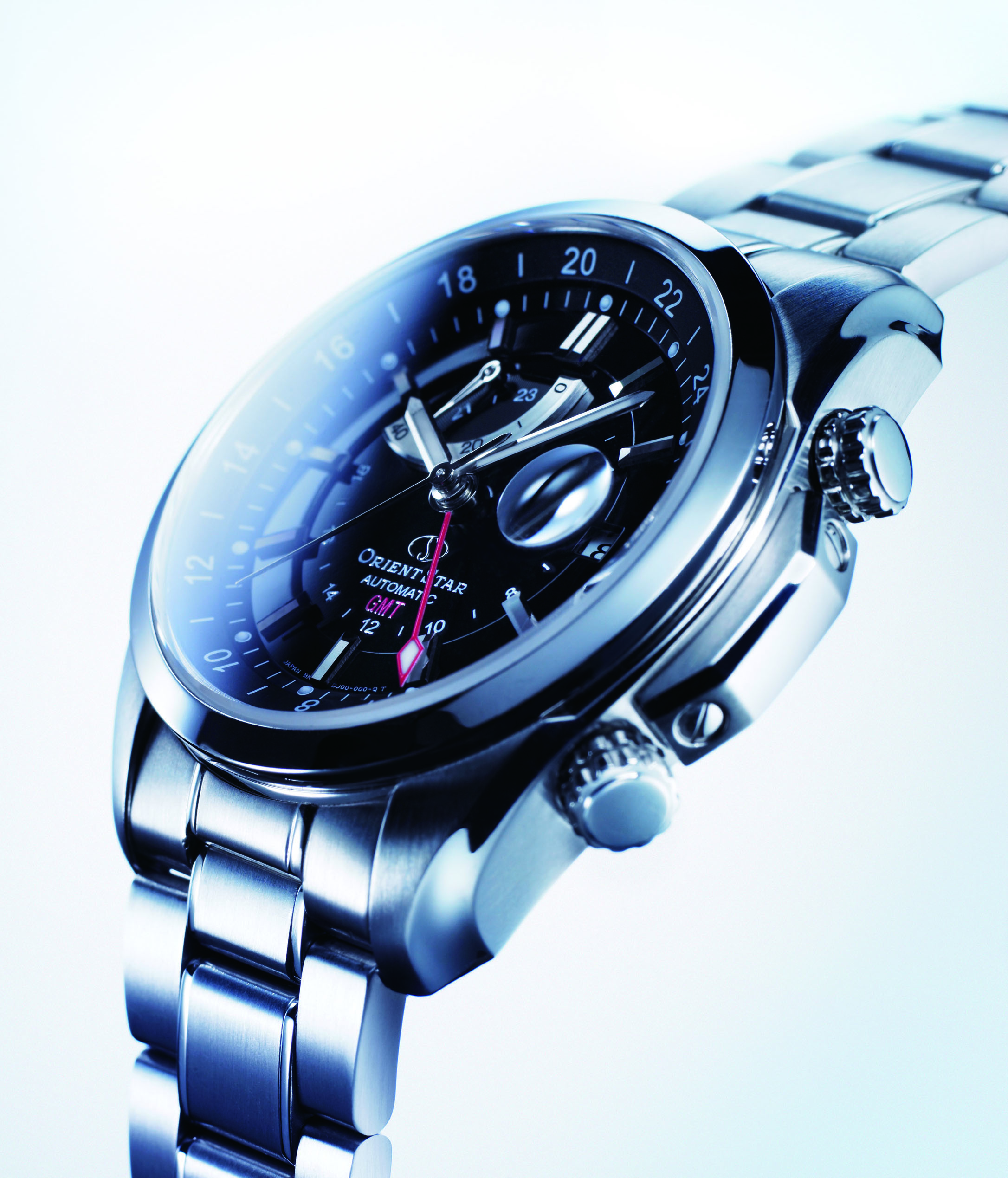 By the 2010s, Orient had established a focused and distinct design language that incorporated design elements like retrograde registers, including power reserve indicators, as well as skeletonized and semi-skeletonized dials. These design elements were then coupled with more complicated movements and case and bracelet designs that showcased the brand’s attention to detail and finishing work. 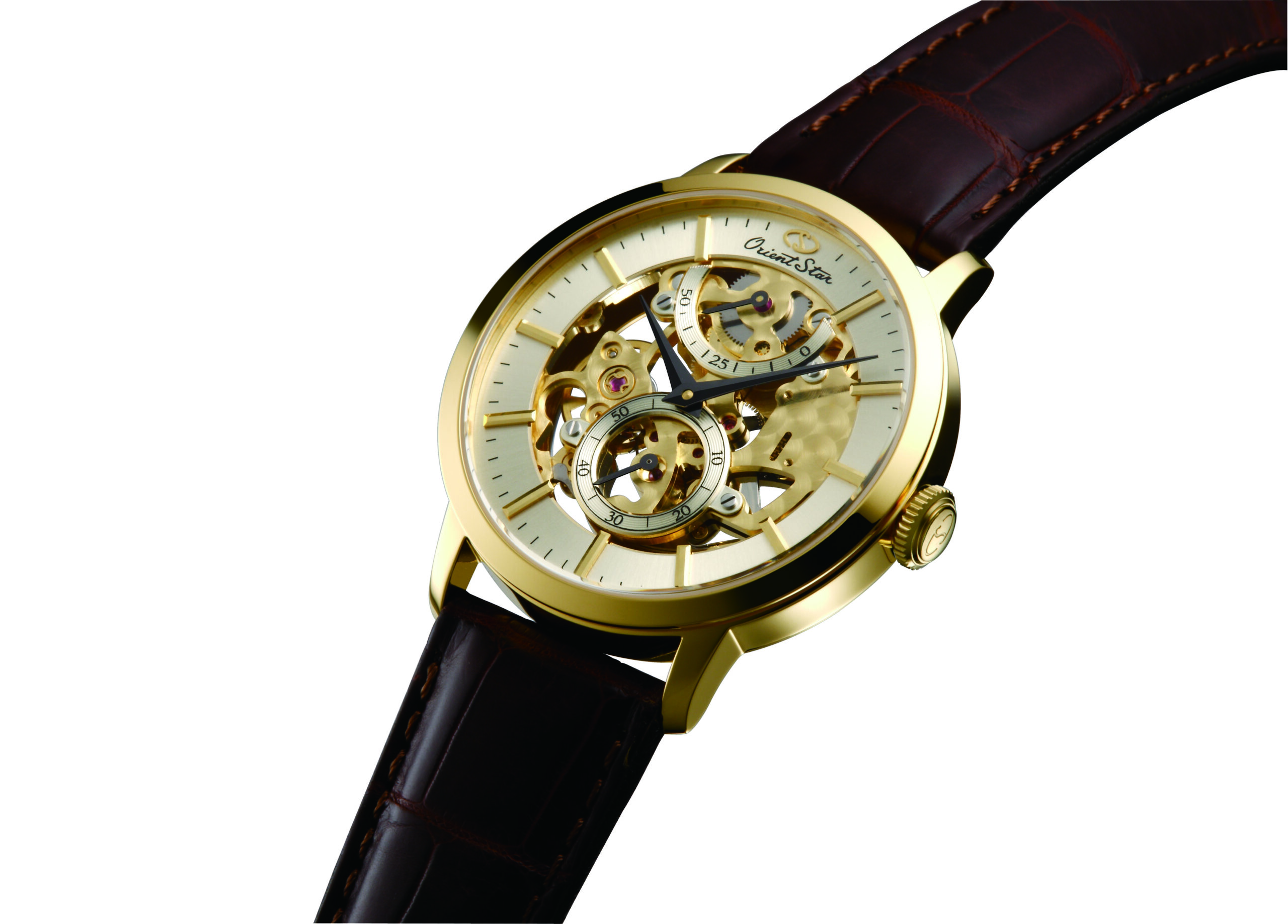 In looking at models like the Orient Star Vintage Skeleton Limited Edition or the Royal Orient Retrograde, the pedigree is clear. These models are a clear evolution from the early days of Orient. These are watches that draw upon a long history of watchmaking, pursued by a team devoted to traditional watchmaking yet determined to grow and evolve, pushing their craft forward. 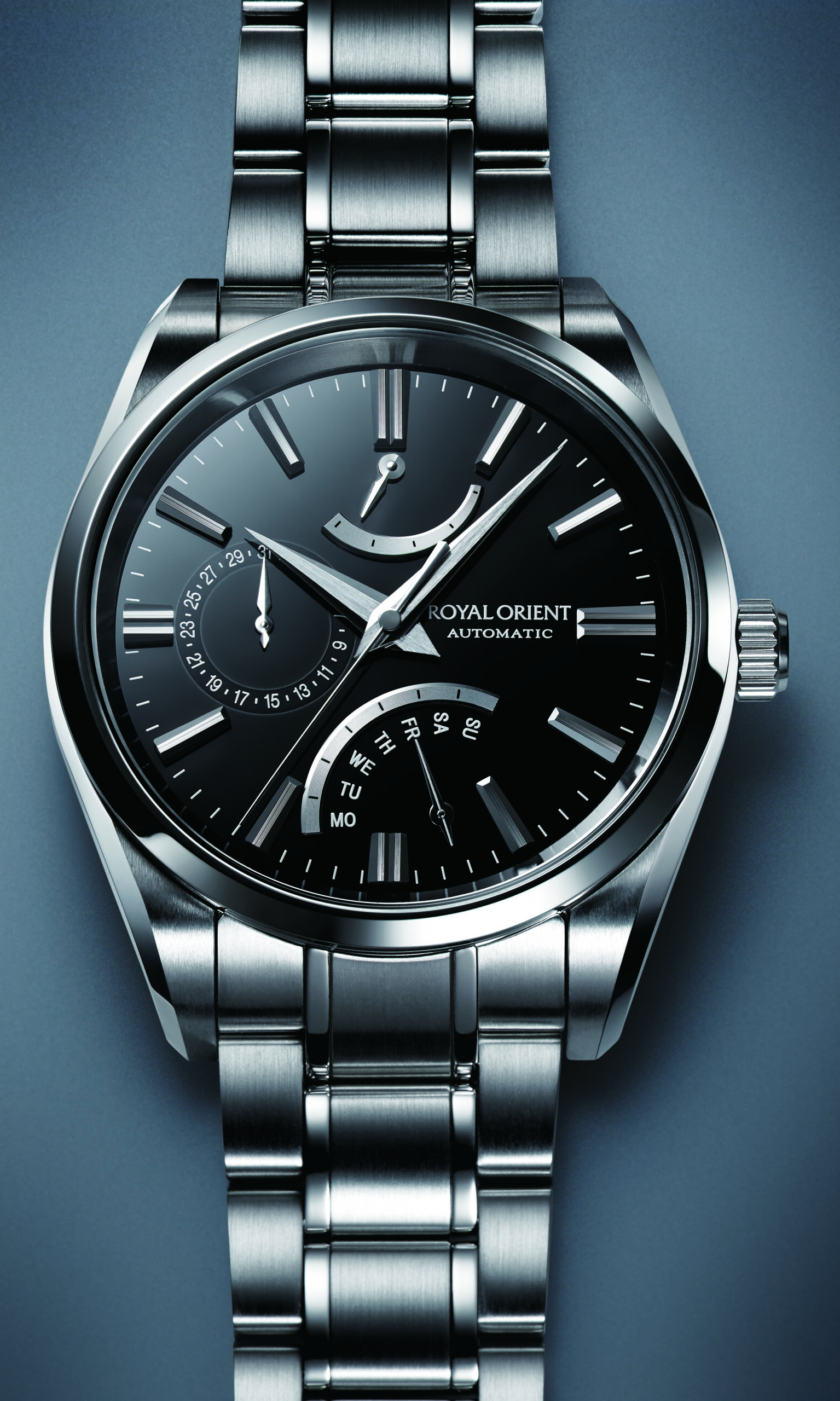 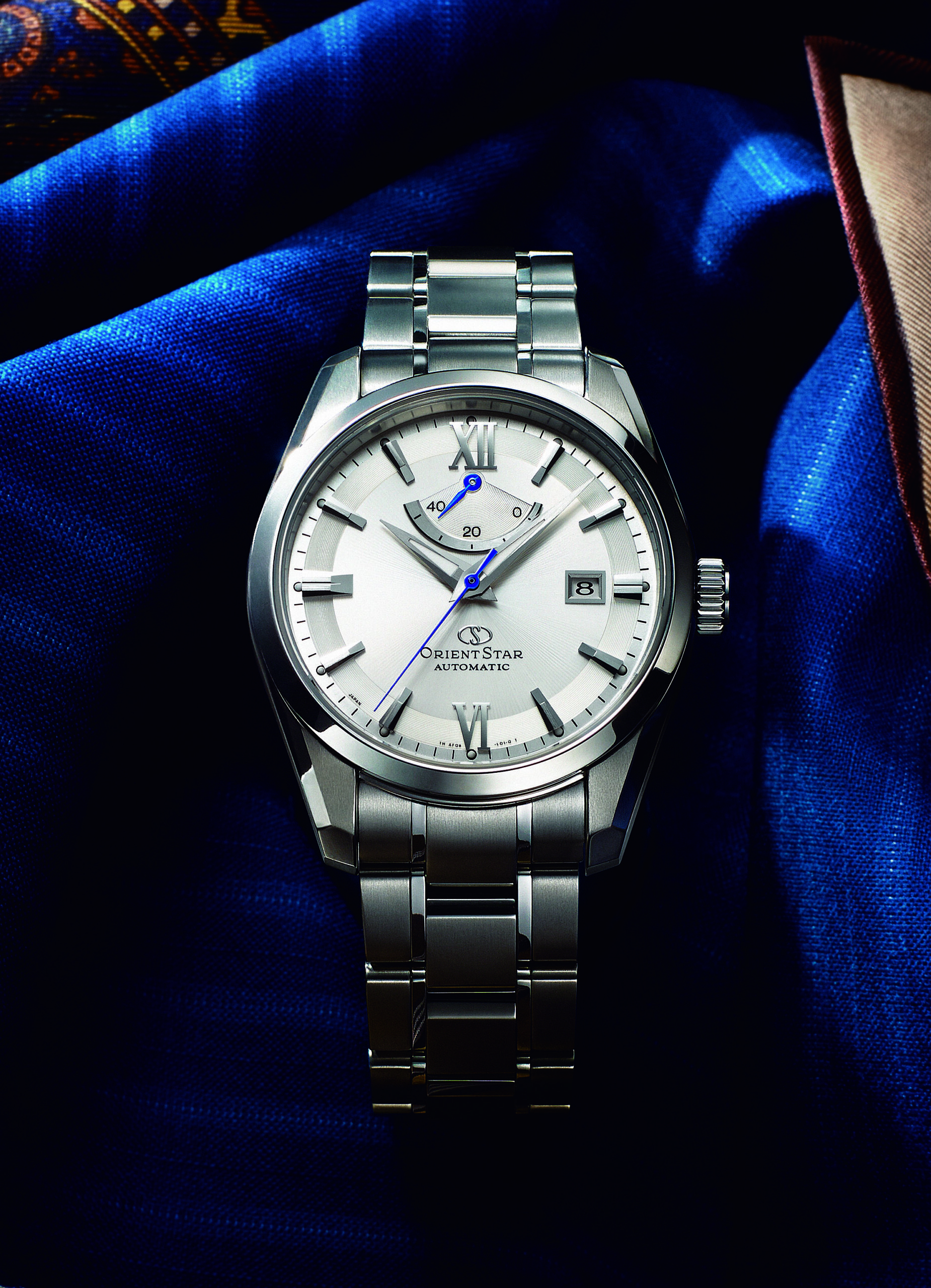 Not only has Orient embraced new technologies over the years, but it has also never been afraid to explore new materials, such as the use of titanium in the sporty and elegant Orient Star Urban Standard Titanium. Just as the brand has pushed itself in terms of design and manufacture, it has continued to pursue new complications, as can be seen in 2016’s Orient Star World Time. Even with 2016’s Orient Star Modern Skeleton Limited Edition, you can see clear inspiration from the very first Orient Star from 1952. 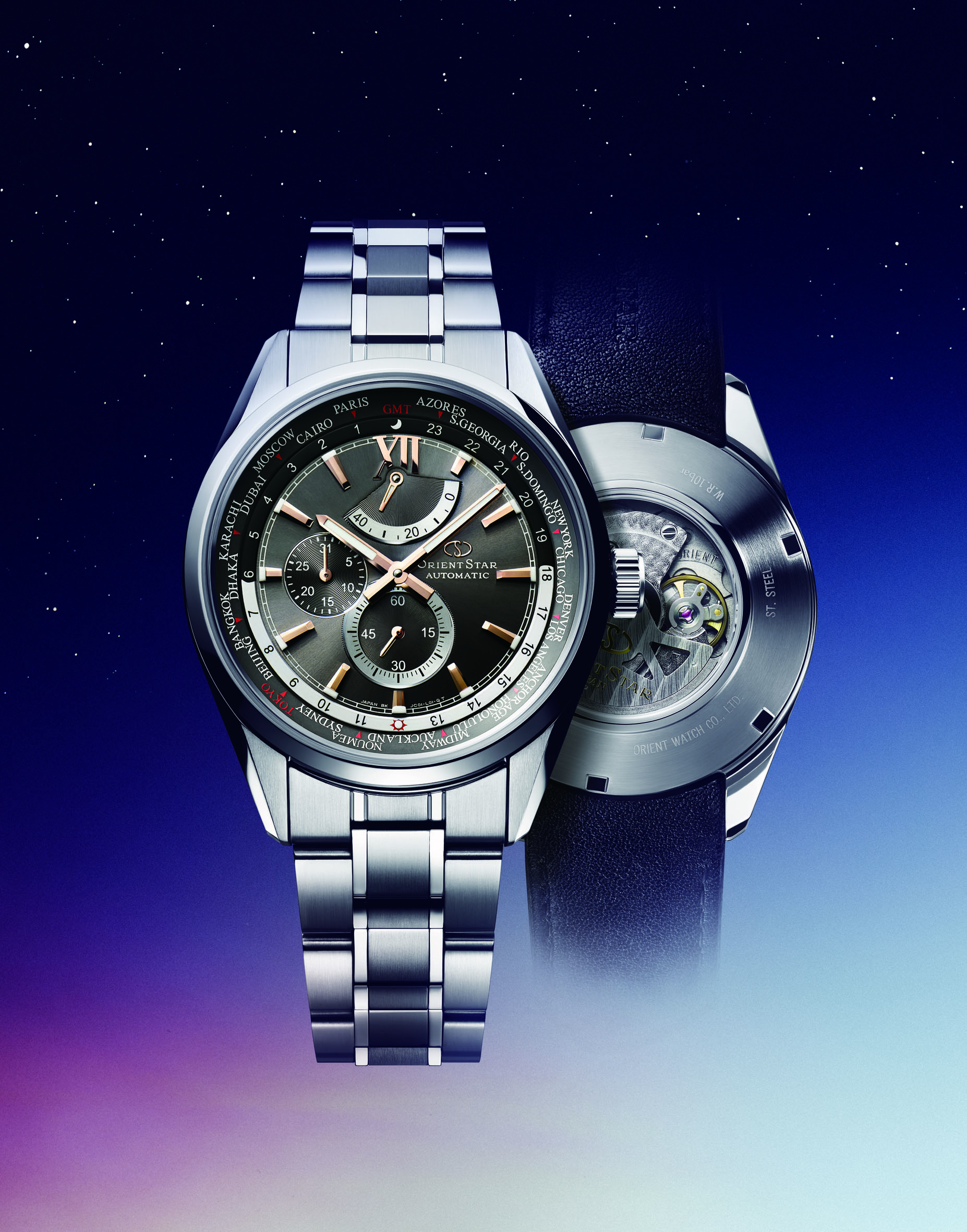 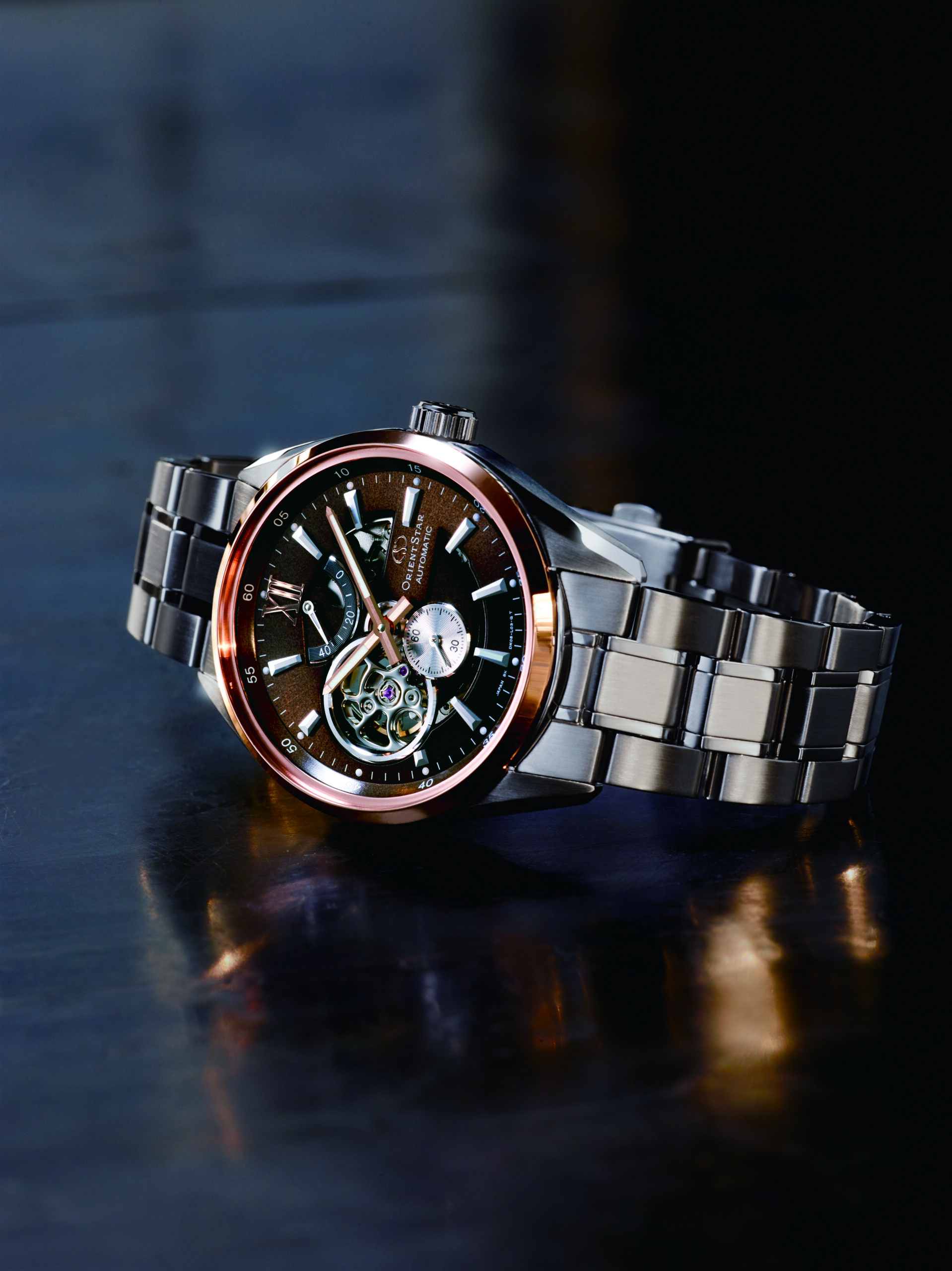 Orient has a long and fascinating history that mixes a commitment to traditional watchmaking with a spirit of innovation that embraces new technology, design, and complications. If you’re looking for a brand that’s rich in history and offers an incredible array of watches with in-house movements and a distinctive design language, be sure to take a long look through Orient’s vast catalog. To learn more about Orient watches, be sure to visit the brand’s website.

Orient and Orient Star watches are sold via authorized distributors around the globe. Please see below the distributor within your country, along with where to buy. Although there are a number of unauthorized sites that sell pieces from the brand, purchasing through an authorized distributor is the only way to ensure that your watch is genuine. For all other countries please visit Orient-watch.com.