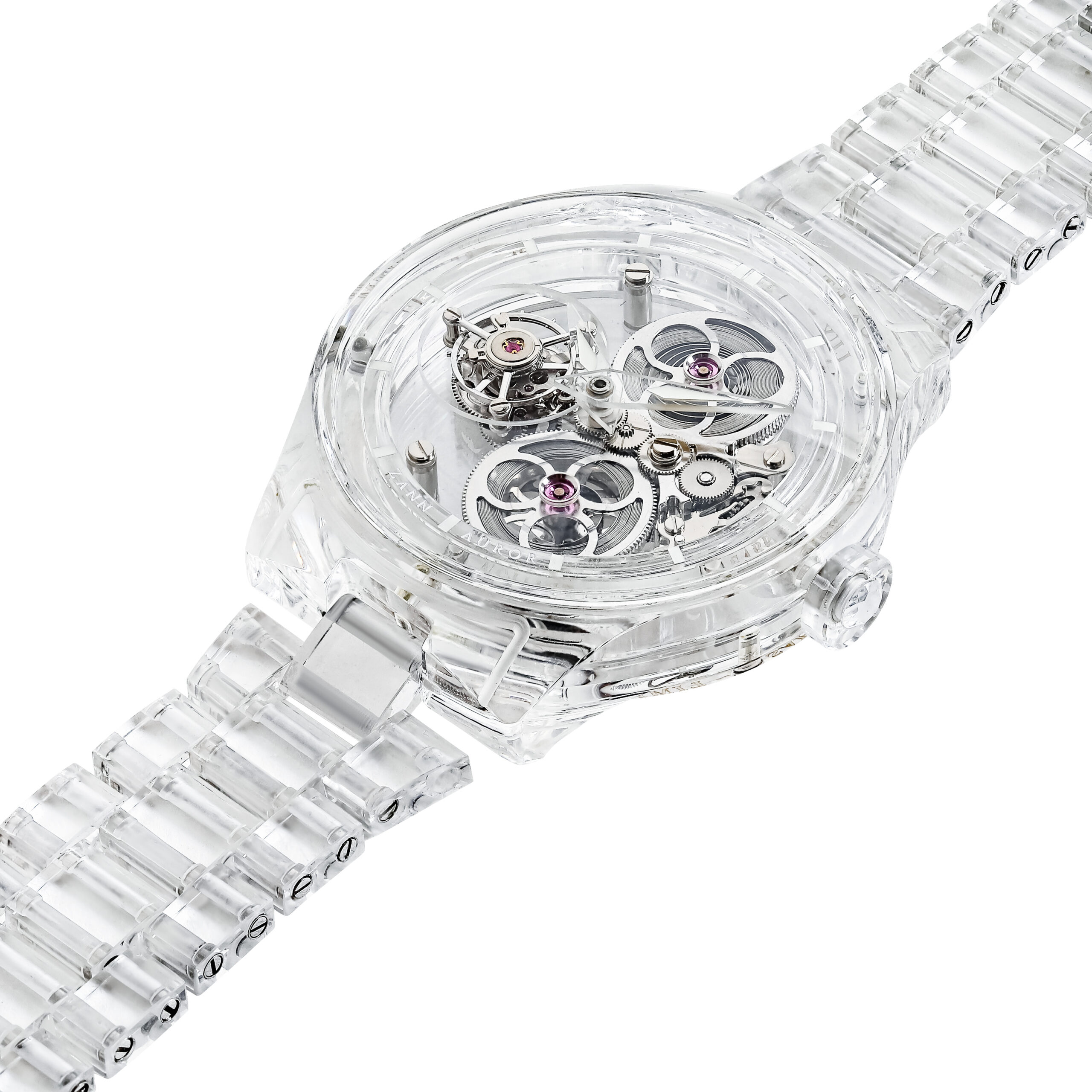 10 Comments
by SponsoredPost
Sponsored post presented on aBlogtoWatch for advertiser

In the world of luxury watches, tourbillons and sapphire components are highly sought-after features that come with hefty price tags above $10,000. Individually, they each have their own complexities in terms of the manufacturing process, as well as the technology needed to reliably and repeatedly produce them for the general consumer. Tourbillon movements are outside the usual repertoire of the majority of watch brands, as is the ability to produce a fully sapphire case and/or bracelet. It’s already difficult to produce a sapphire watch with a tourbillon movement, but to also have it be affordable adds an extra layer of difficulty. Fortunately, this is precisely the challenge and mission of Zann Auror as the brand endeavours to bridge the gap between luxury and cost-effectiveness. 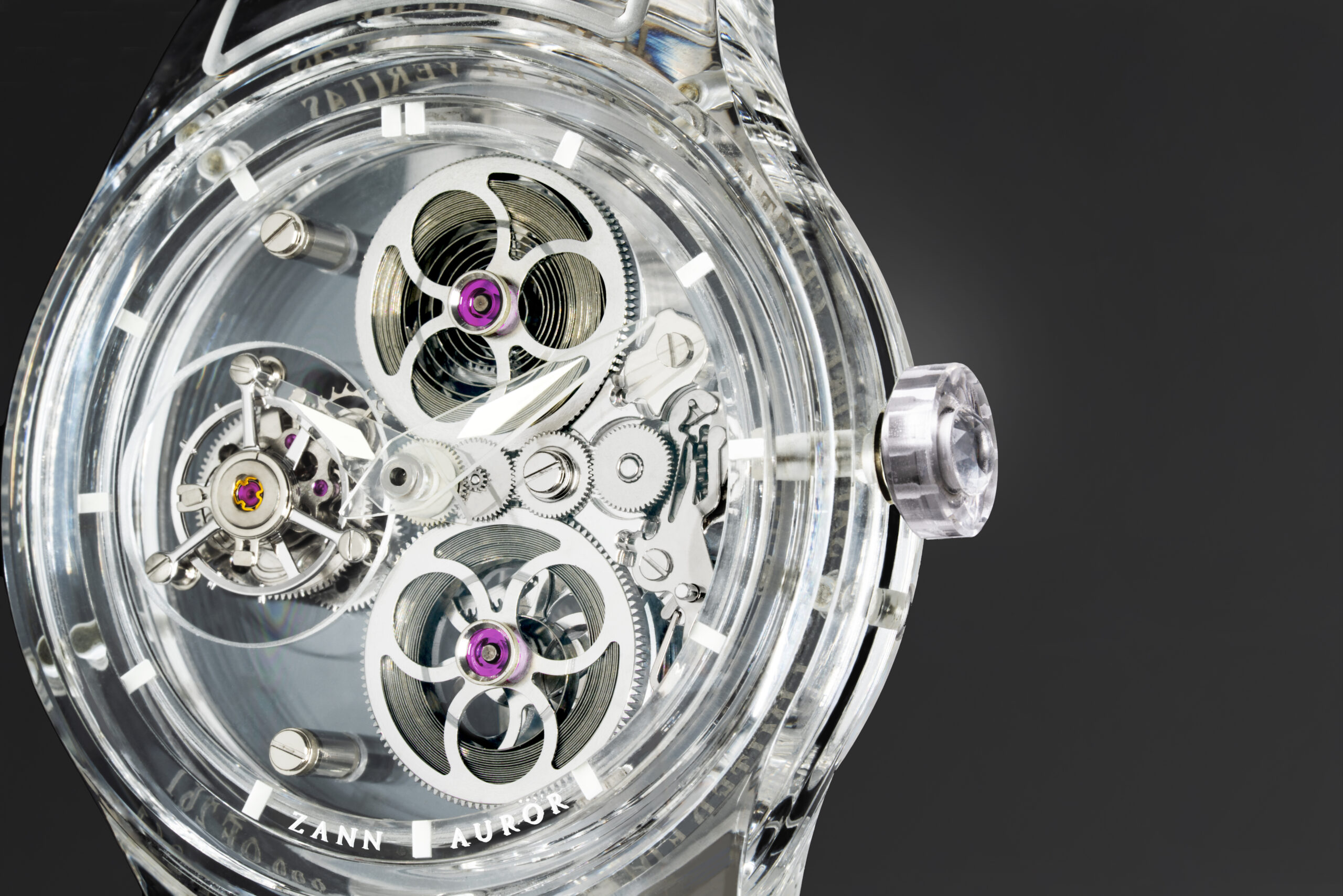 Zann Auror is the brainchild of three childhood friends who became watch enthusiasts in their adult years. After years of investing in expensive, aesthetically appealing watches, they became interested in the inner workings of watches. That’s precisely when they realized that the majority of a high-end watch’s value is due in part to its built-in branding and marketing costs, which brought about the realization that they wanted to create a watch that applied effective cost utilization by funding the maximum percentage of a watch’s go-to-market costs into its quality, comfort, and aesthetics. They set forth in researching and designing a fully sapphire watch for three years before creating a prototype and are now ready to offer these watches to everyday watch enthusiasts. 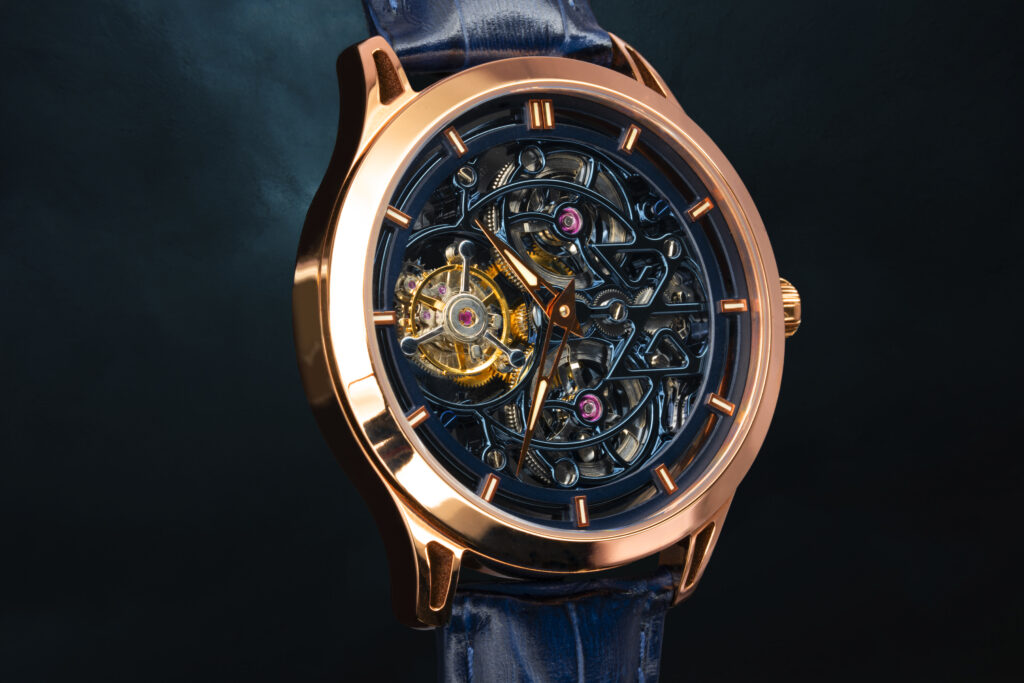 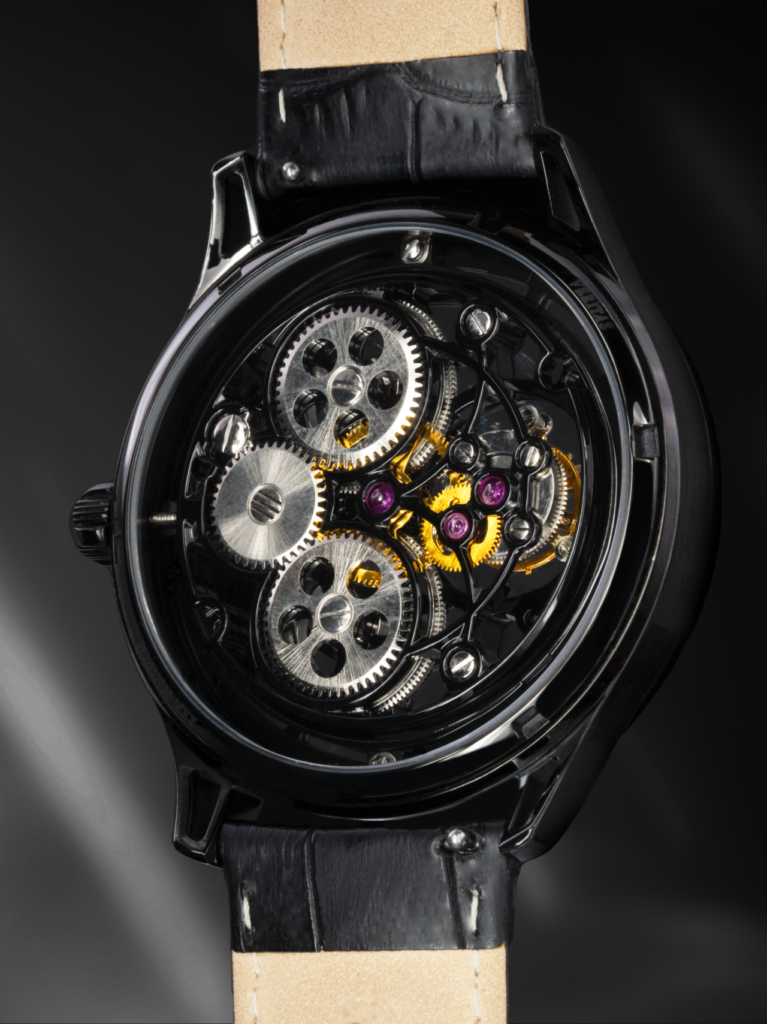 Starting with its flagship model, the Lux et Veritas is a full-blown sapphire watch with a tourbillon movement. Typically, when we think of a sapphire watch, we imagine that the case is made of sapphire and the movement is a metal movement encased within the aforementioned sapphire case. Sometimes, the bracelet is also sapphire, which adds to the overall cost of the watch. In the case of the Lux et Veritas, not only are the case, crown, and bracelet made of sapphire, so are the dial, mainplate, tourbillon frame, and lumed hands. This is an incredible feat considering that the tourbillon frame and the hands are very delicate components. 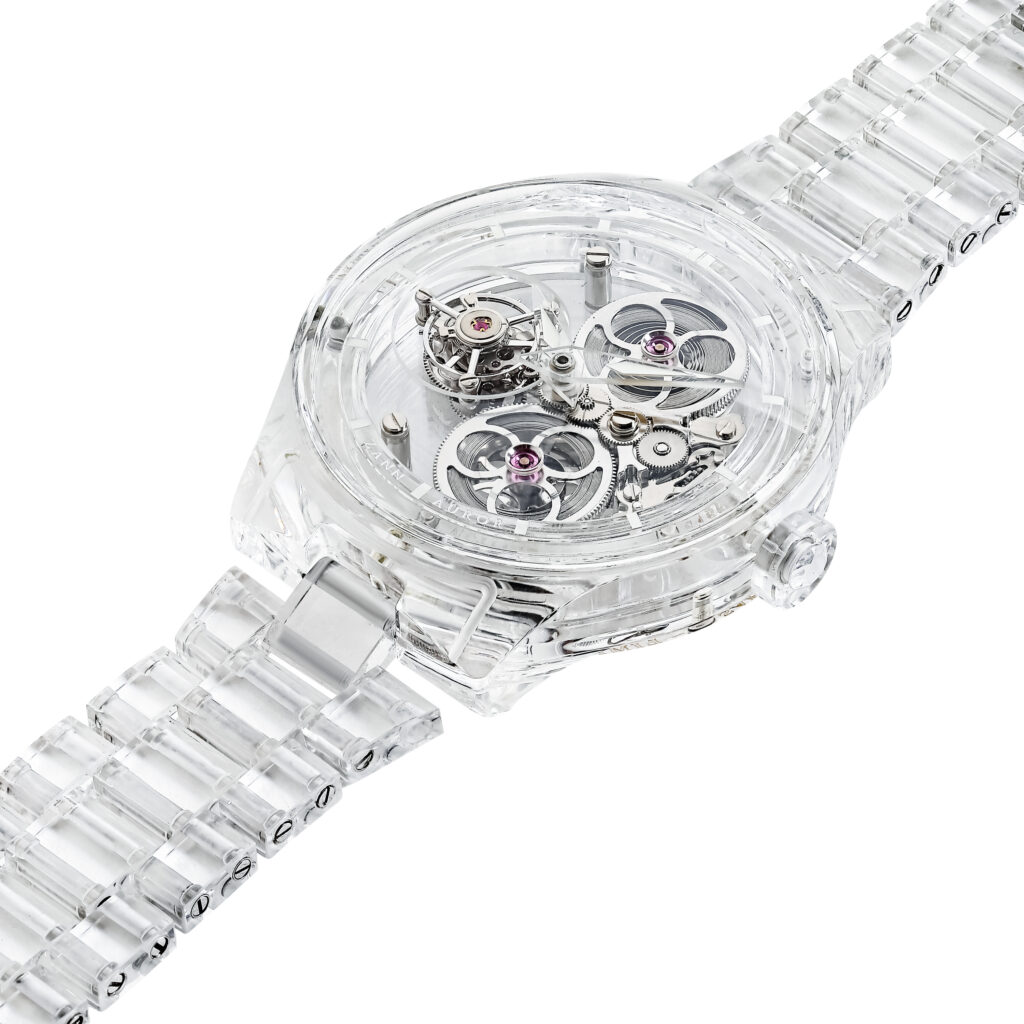 Powering the Lux et Veritas is a custom-designed ZA36BX1 tourbillon movement based on the Hangzhou 3600 caliber series, and it has a power reserve of 65 hours. It’s housed within a 44mm case and sandwiched between a double-domed internally AR-coated sapphire crystal on top and a flat sapphire crystal at the bottom. The sapphire hands are lumed with the brightest available BGW9 Grade A Swiss Super-LumiNova so that the “invisible” watch can still be seen in the dark. 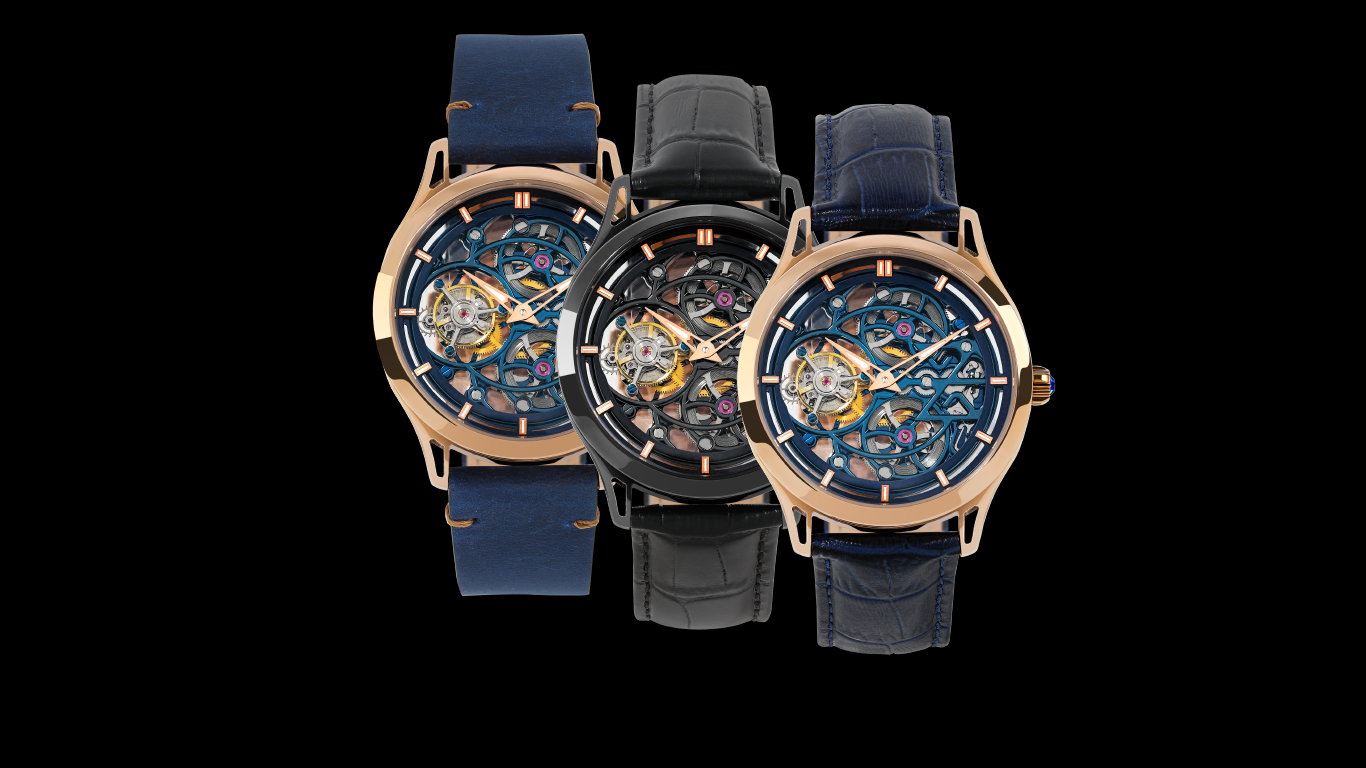 In addition to its Lux et Veritas sapphire superstar, Zann Auror is also releasing three other models: Veritas, Altair, and Claritas. The Veritas is the more traditional version of the flagship model, produced with a 44mm-wide, 316L stainless steel case, hand-designed skeleton dial, and the non-sapphire ZA365X1 tourbillon movement. The Altair is a classically designed dress watch available in limited and non-limited versions that can be fitted to both a leather strap and a stainless steel oyster bracelet. The limited version has a meteorite dial, while the standard version comes with a circular brushed sunray dial. It is powered by the STP1-11 automatic movement with a 44-hour power reserve. Rounding out the collection, the Claritas embodies a minimalist Bauhaus-inspired aesthetic with a 40mm stainless steel case, a perfect everyday wear. Its highly legible dial is combined with the very accurate Ronda 714 quartz caliber. 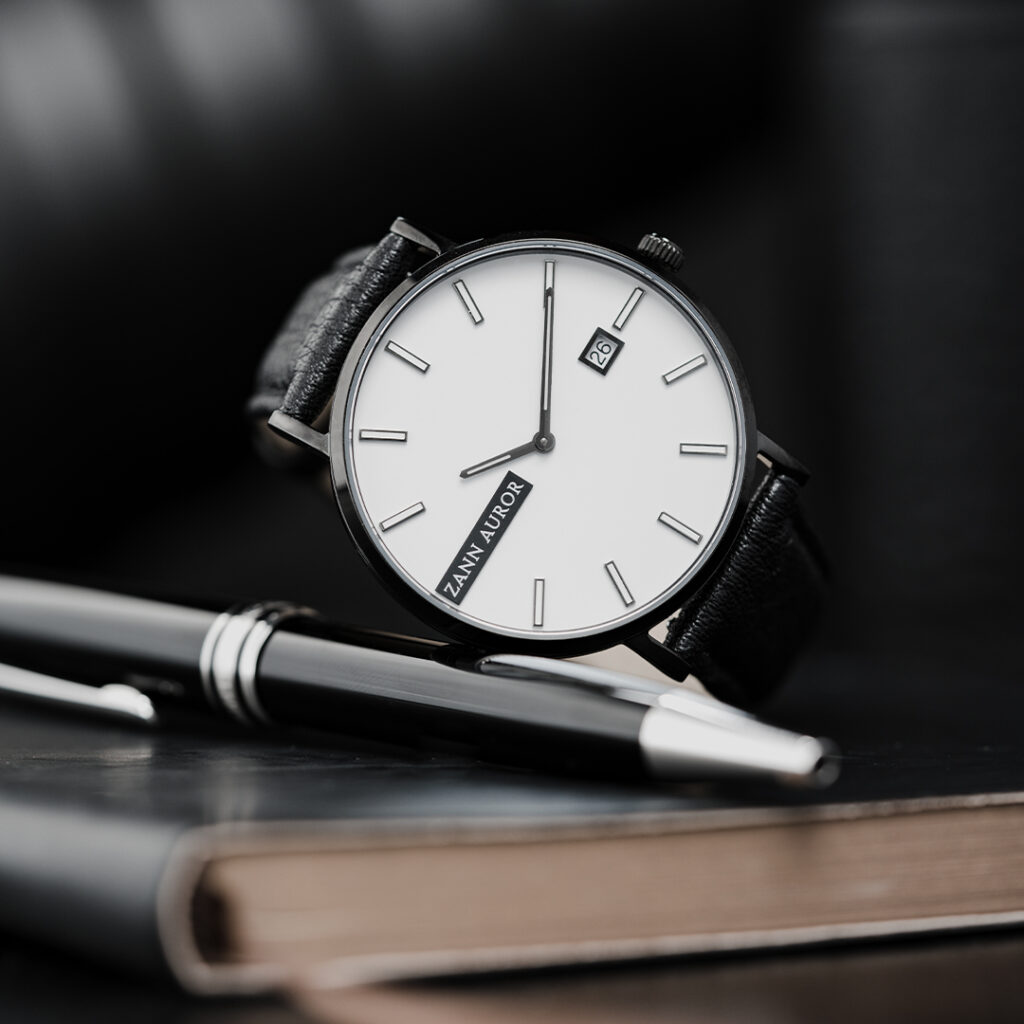 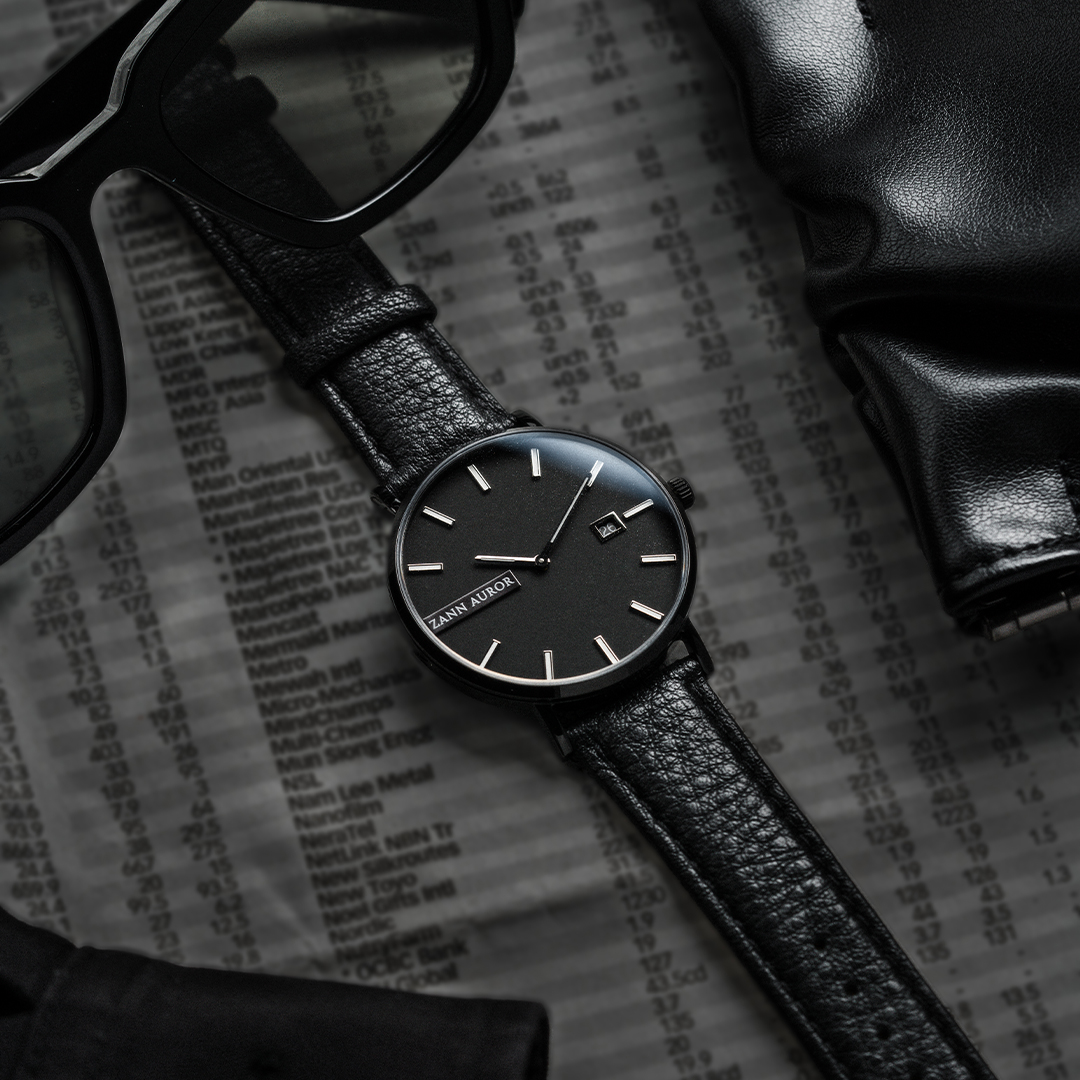 Zann Auror doesn’t believe budget-minded watch enthusiasts should have to compromise on quality or exclusivity and be left only to dream about their grail watches. They have their sights on designing superb luxury watches at cost-effective prices. By catapulting into the market via crowdsourcing, the brand plans to offer the maximum return on investment, or in this case, return on the pledge, for its collectors. The Kickstarter rewards are as follows:

The entire collection can be found at www.zann-auror.comand the Kickstarter campaign starts today.