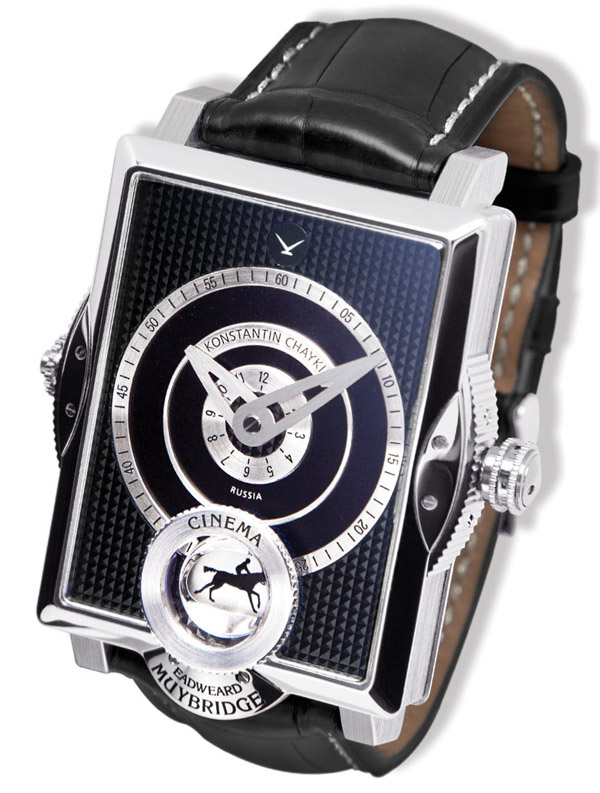 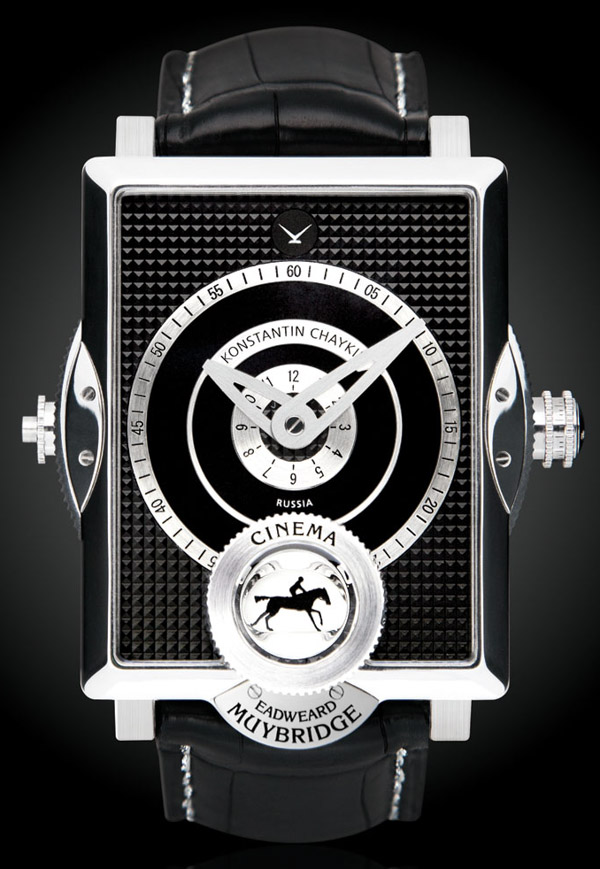 New for 2013, our favorite Russian watch maker Konstantin Chaykin will release a rather amazing new timepiece called the Cinema. The piece is a poetic nod to the early era of film making and specifically honors the inventor of the zoopraxiscope, Eadweard Muybridge. The zoopraxiscope is credited as being probably the world’s first movie projector, and was produced around 1879. Using a wheel with a series of pictures on it, the machine was able to project an animated image. This complication is actually built into the Cinema watch, being Konstantin Chaykin’s very first attempt at such a feature, and the only one that we are aware of in a wrist watch.

In the video below you can see a demonstration of the animation complication in action. Activating the left crown causes a disc to spin rapidly under the dial in what appears to be a magnified window. The illusion creates an animation of a man riding a galloping horse. The subject is no coincidence, as the original mechanism was apparently first used to test an interesting theory people had in the late 19th century. While I am not sure if the story is true, the motion picture is said to have been developed to settle a scientific theory about horses. Some people said that it was impossible for all of a horse’s feet to be off the ground at the same time while it was running. Other people rebuked the theory saying that when a horse was running there were quick moments where none of its feet were planted on the ground. Without a plausible way to test the theory, it was decided that they would attempt to take a series of rapid photographs while a horse was running and study them.

The rapid series of photographs, when viewed together created what we now think of as an animated movie. Also, the theory that a horse cannot run with all of its feet off the ground was disproven, as the images clearly showed that while running, a horse could appear to be flying. At least that is the story. Nevertheless, it is widely accepted that one of the first projected movie camera animations was of a horse and rider.

Probably the most beautiful thing about the Cinema watch is that it is designed to resemble old movie cameras and projectors. Konstantin Chaykin squared the case with a series of toothed-edges mixing polished metal with black surfaces to recreate that vintage camera feel with its various knobs, adjustors, and no-slip surfaces. True to the concept, the Cinema case is in steel mixed with enamel as well as brass. The case is 37mm wide by 47mm tall, and just 12.2mm thick. 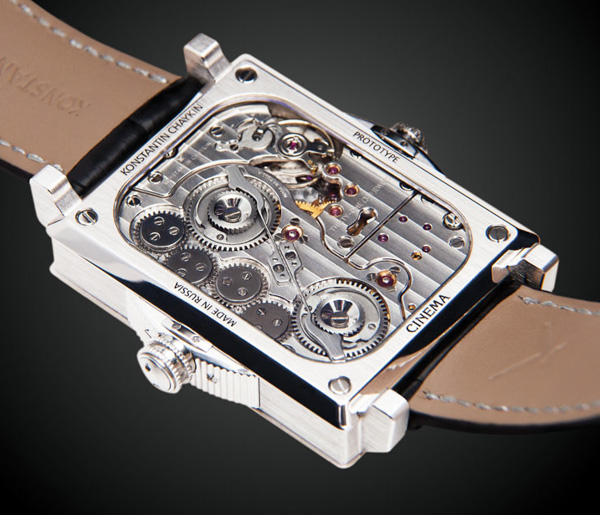 Inside the Cinema watch is a totally in-house made Konstantin Chaykin caliber KCM 01-1 manually wound mechanical movement. The movement has a power reserve of 48 hours and offers just the time and the animation complication. The galloping horse animation lasts for 20 seconds and is comprised of a disc with 12 images on it. Both the time and the animation function have separate mainspring barrels. You wind each of them by turning the crown in a different direction.

Aside from animation window and dial for the time, most of the face is decorated with a black clos du Paris texture. While ornate, the Cinema watch is still a masculine design and doesn’t appear too “themed,” aside from the large dedication plaque to Eadweard Muybridge right on the bezel. Another very interesting item just as we would expect from Konstantin Chaykin, and we look forward to seeing the Cinema watch in person soon. Price will be around 50,000 Euros. konstantin-chaykin.com 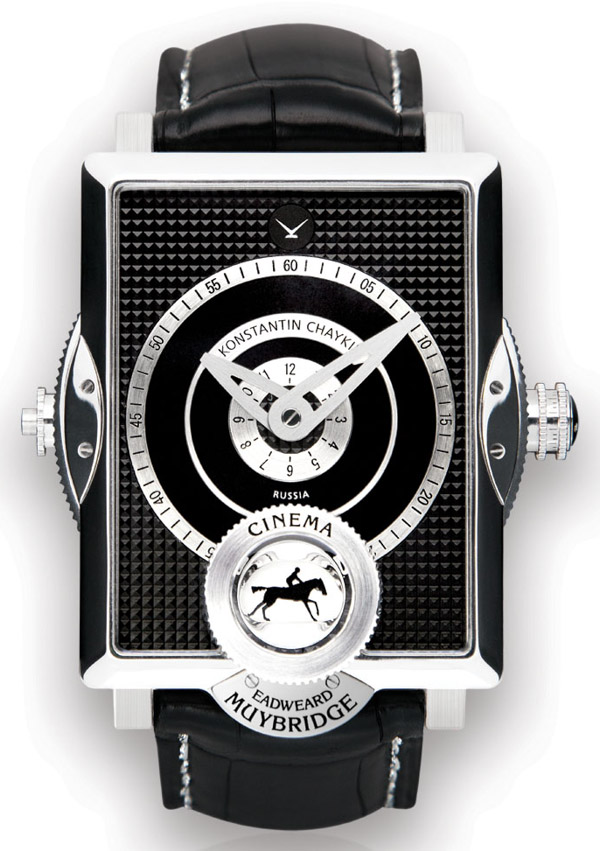