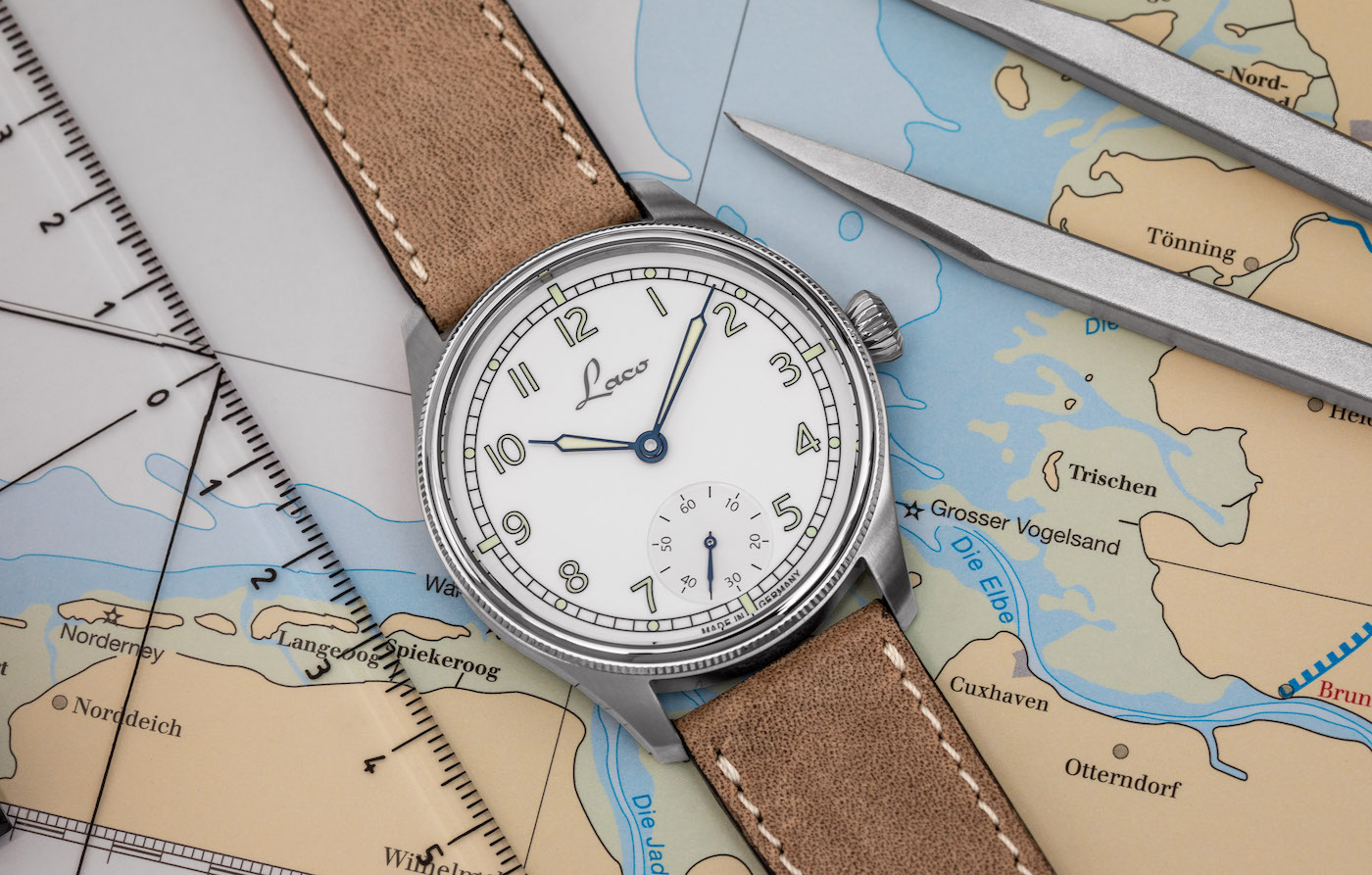 I’ve always believed that good design should be invisible. We should only see the end product, not the sketches that led to it. With the release of the Laco Cuxhaven and Bremerhaven watches, the popular German brand is leaning heavily on the “form follows function” mantra of the Deutscher Werkbund. The result is neat, but is the design a success? 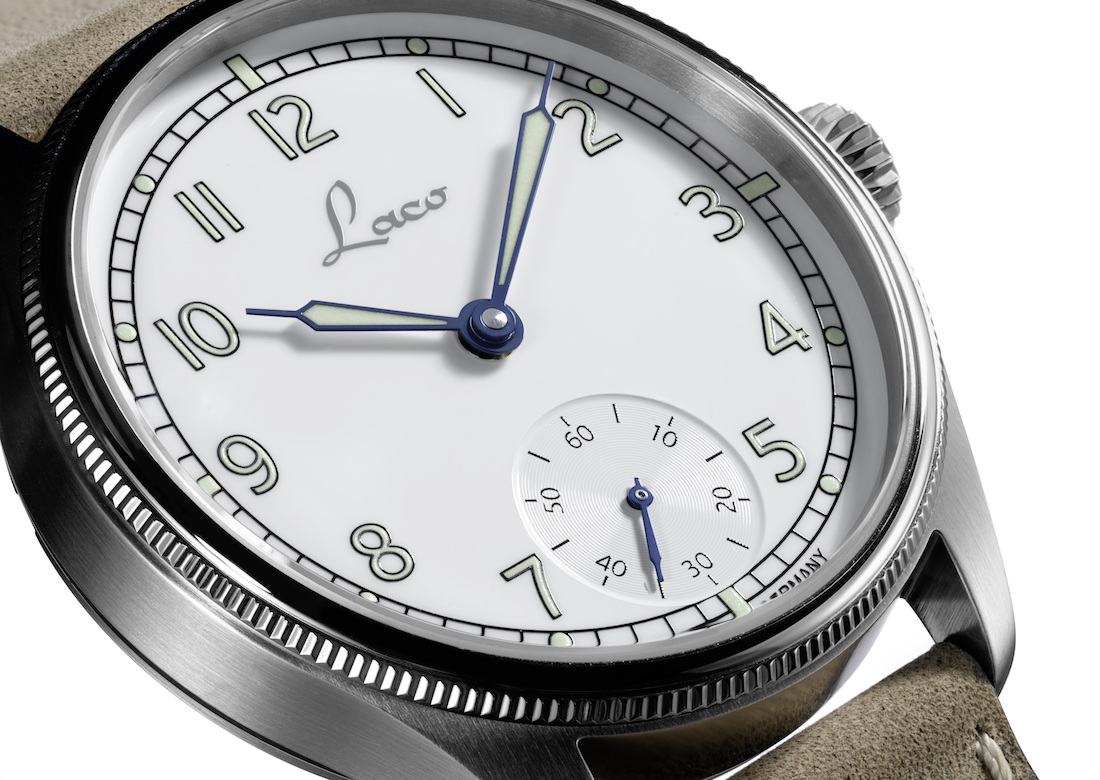 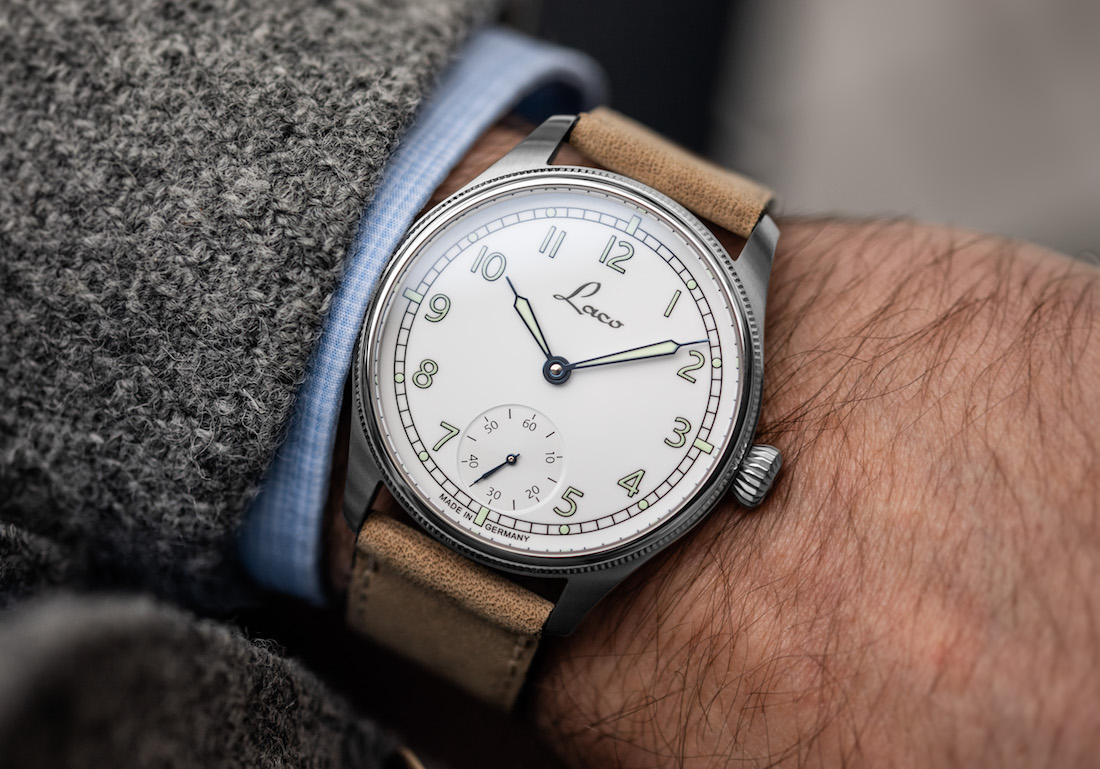 If I were to give the process that results in such minimalistic watches a name, I would call it “functional restraint.” These watches are not minimalistic in an artistic sense, rather in a utilitarian fashion that makes them eternally relevant.

For those who prefer a large, clear dial with highly legible hands, these are perfect. There is no clutter, no mess, and nothing to distract from the time. For those who want to form a strong emotional connection with their daily wear, these may miss the mark. 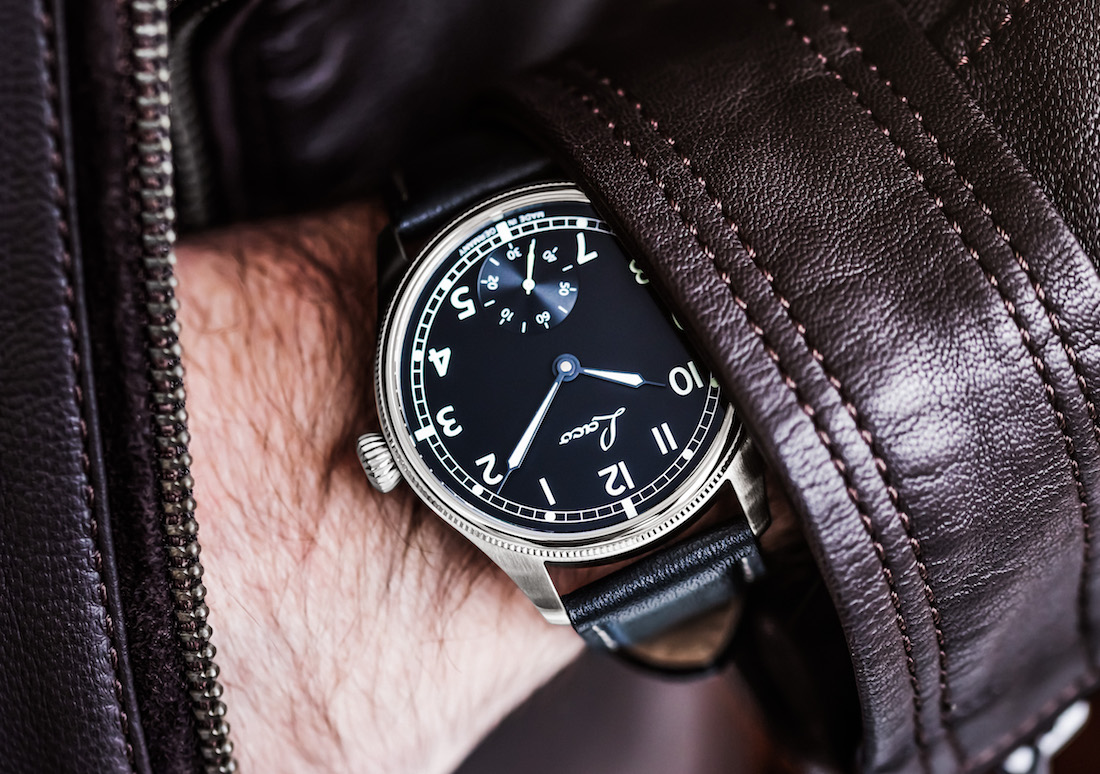 Housed in 42.5mm stainless-steel cases, both the Laco Cuxhaven and the Laco Bremerhaven are water-resistant to 100m and employ flat sapphire crystals on the front and the back of the watch. The sapphire on the front is treated with an anti-glare coating on its underside.

The Cuxhaven features a white dial, while the Bremerhaven has a black display. The railroad minute track around the outside edge adds a very vintage flair, as do the heat-blued hands, but the use of modern (and generously applied) luminous compound brings these watches a little more up-to-date. 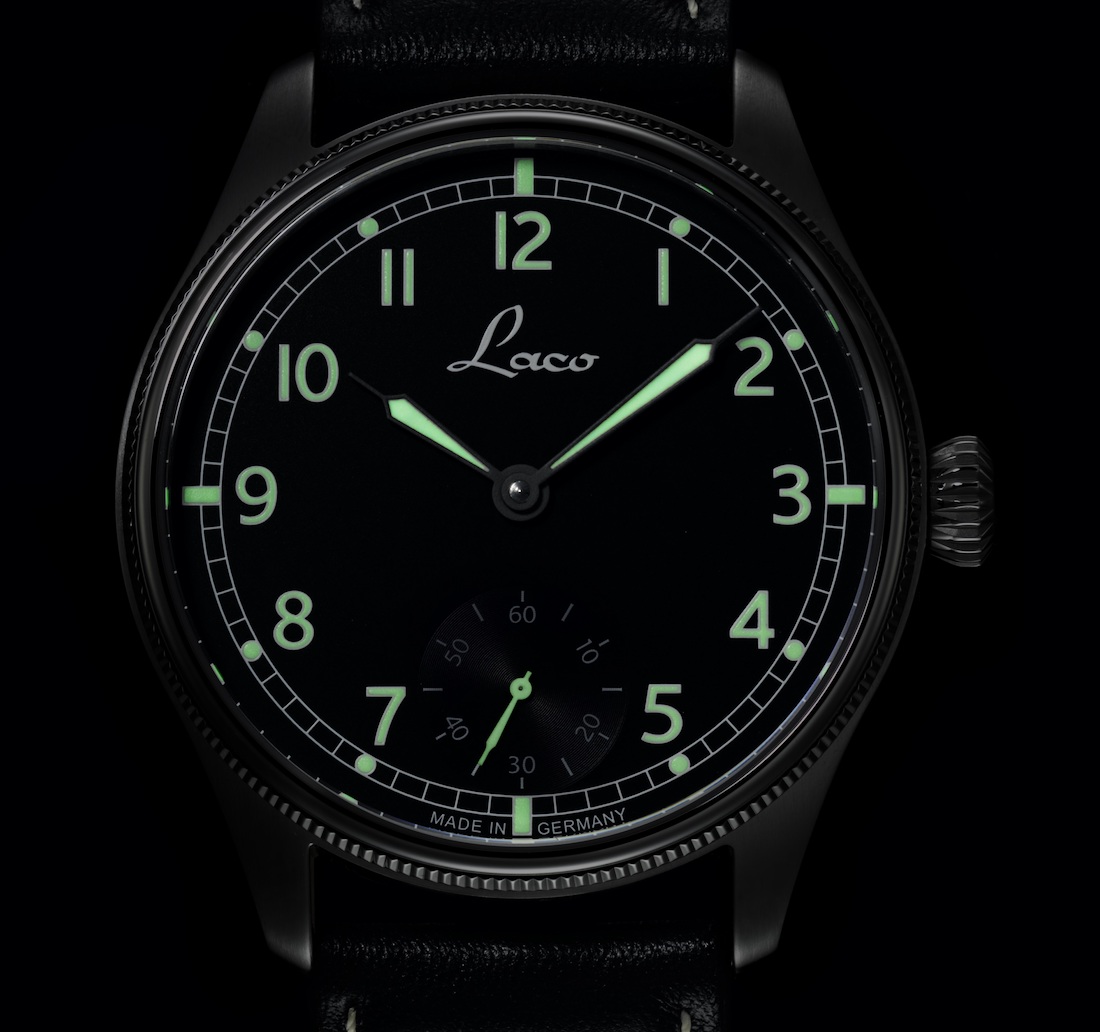 Inside the pair, however, is a caliber regularly associated with pocket watches, due to its traditional layout and generous diameter. Laco has used the ETA 6498-1 caliber as a starting point, and decorated the ratchet wheel with their logo. As a result, the caliber has been renamed the Laco 98.

Although it may seem overkill to give a new reference to a movement that has undergone no functional modifications, it is nice for smaller brands to put their stamp on an engine brought in from the most well-known movement manufacturer.

A Note on Speed

The difference is simple: The higher a movement’s operating speed, the more power is being pushed through the escapement at all times. This means that power reserves tend to be lower because the watches are working a lot harder.

To compensate for this, watches with a high operating speed are generally automatic. The advantage is that all that power being forced through the escapement means the watch is far better at powering through any shocks it might experience. Obviously, this is very important for a sports watch. 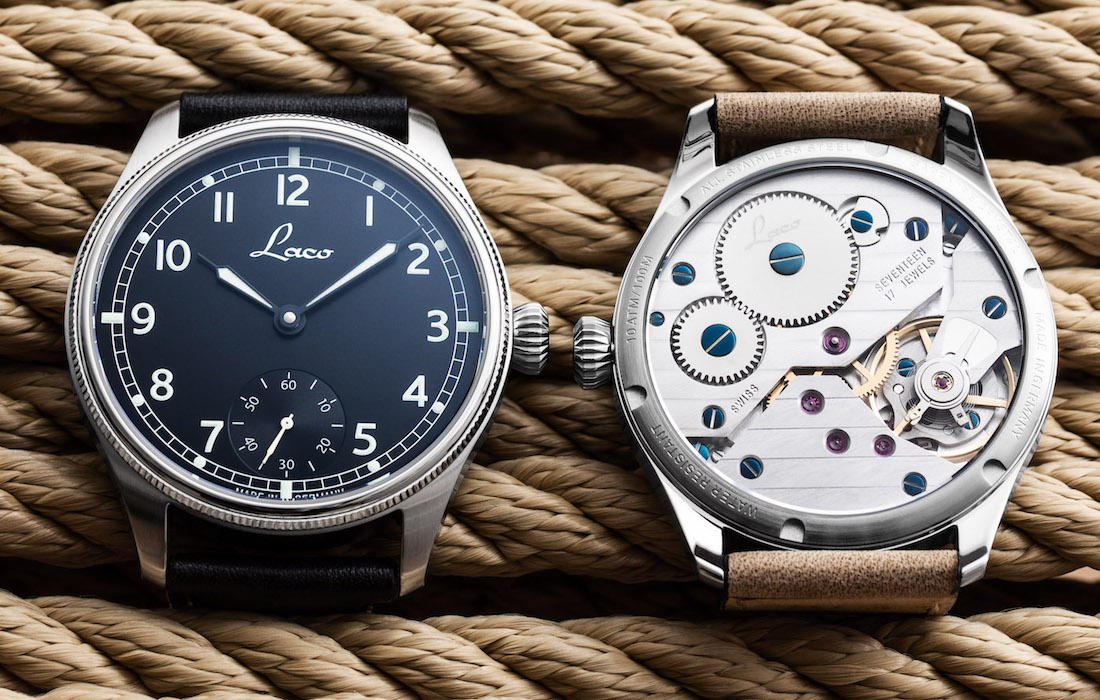 Laco can easily justify the decision to use a lower operating speed in this piece on several fronts. Firstly, the watch is not a sports watch. It has been designed to be treated in a manner that should not trouble its timekeeping ability. Secondly, the vintage aesthetic marries perfectly with a hand-wound movement. And lastly, the lower operating speed increases the power reserve to a very sufficient 46 hours.

Perhaps the best thing about the ETA 6498-1/Laco 98 is its robustness. Movements of this grade are often referred to as “tractor” calibers, basically because they are almost indestructible and have no problem doing the dirty work. The ETA 6498-1 is better referred to as a tank.

The wheels and, more importantly, the pinions, are large and sharply machined, meaning they last for years and years. The hairsprings are so thick, it’s genuinely possible (although definitely ill-advised) to work on them without a loupe. This almost-industrial style of watchmaking still exits for a reason: It’s tough as old boots. 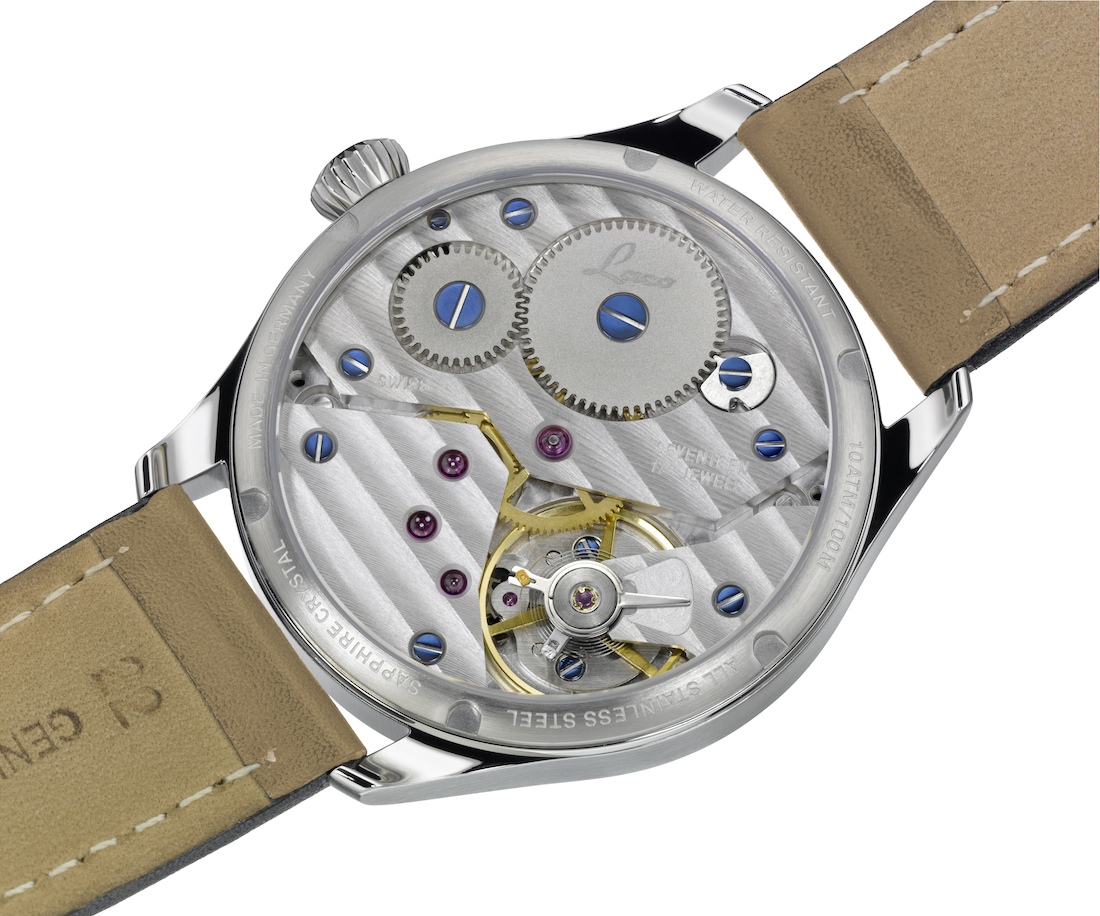 Inspired by two classic seafaring watches, the Laco Cuxhaven and Laco Bremerhaven take their cues from a 1940s pocket watch and the watches worn by the crew of the U1 submarine. The nod to the pocket watch ties in neatly with the choice of a 6498-1 to power the watch. 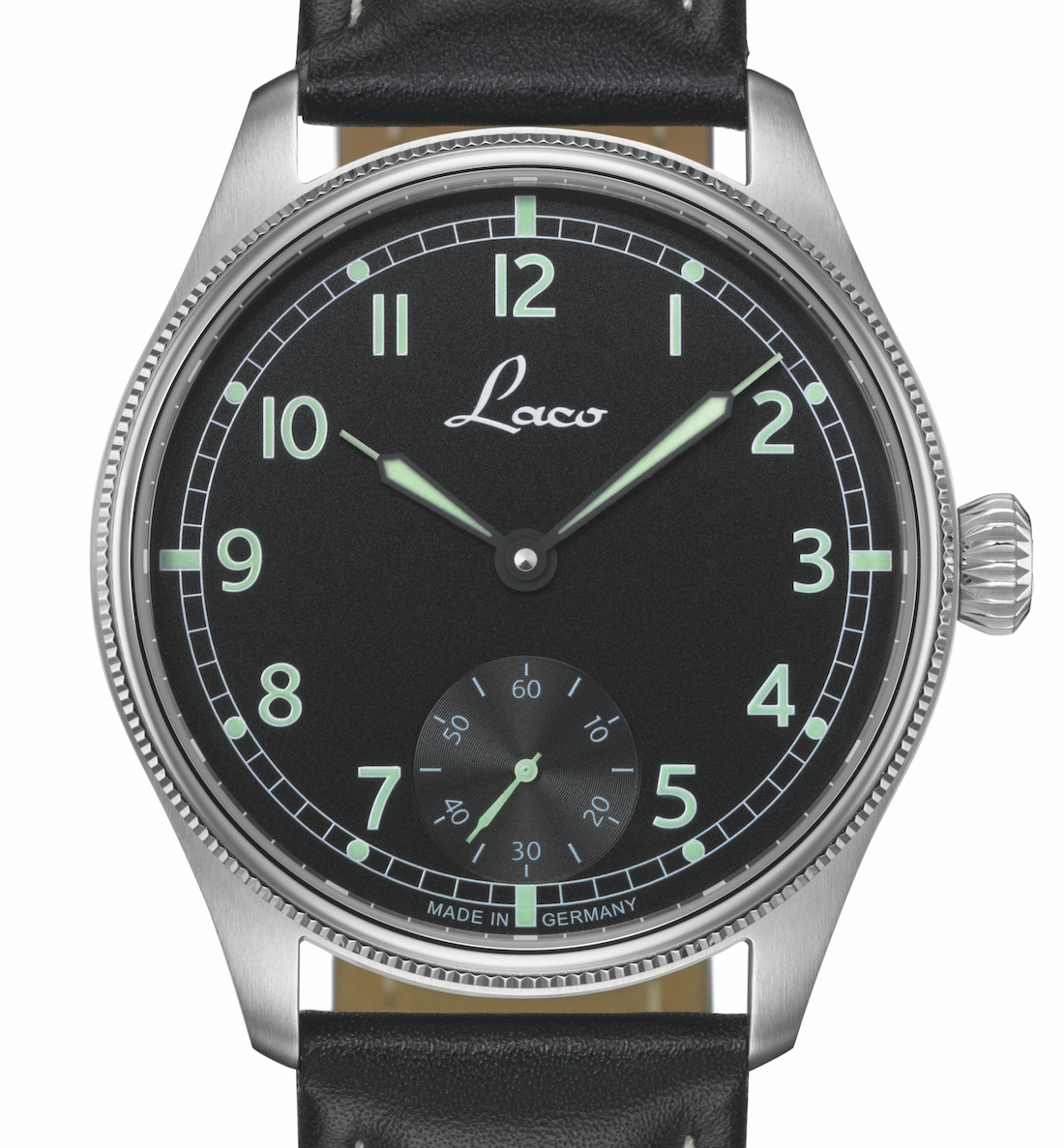 Additionally, the advantage of plumping for an ETA 6498-1 means that Laco can keep the price down. That’s essential in such a competitive segment. Laco made lots of smart commercial decisions when designing these watches. The brand is strong, with a good reputation for manufacturing quality.

You certainly get a hefty dose of wrist presence and undeniable functionality. And the beating heart of the watch is an affordable, yet respected, stalwart caliber. Together, these points add up to a compelling proposition.

I have a lot of respect for the conscious design decisions made. I think either would be a solid addition to a collection that is lacking this kind of throwback aesthetic. At just $1,190, the Laco Cuxhaven and Laco Bremerhaven are both accessible, solid choices. Visit laco.com to learn more.