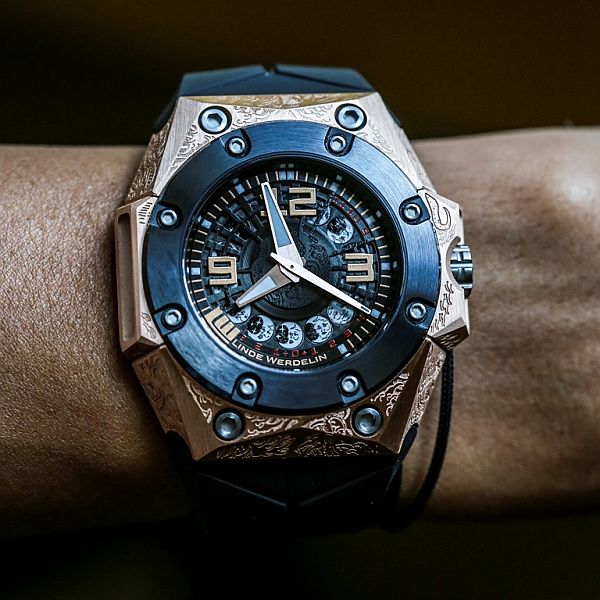 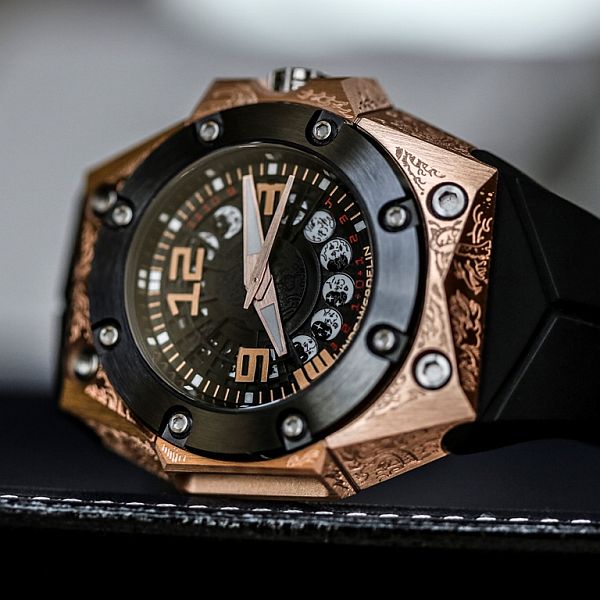 Earlier this year, we brought you word of a new model from Linde Werdelin, the Oktopus II Moon.  Today, we’ve got word of a new version of that rather interesting watch, and it’s quite a fun twist, one that I’m partial to and that being engraving.  Don’t get me wrong – the luminous, hand-drawn moon phases are a very fun addition. But, when I see artistic engraving taking place on a watch case however, that’s what I’m drawn to, given its relative rarity. 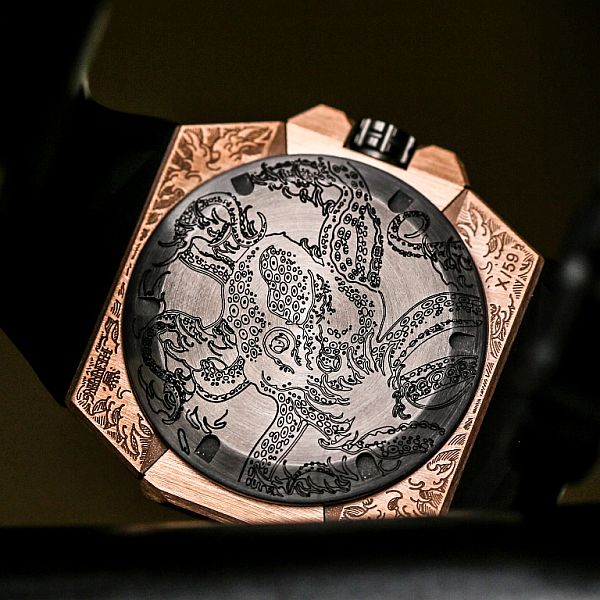 The case starts out as a standard Oktopus II case (44 x 46 x 15mm), but made from 18k rose gold – then it’s handed off to the engraver.  This is why this watch is known as the Oktopus Moon Tattoo – the engraving on the case itself very much carries the look of an ink tattoo. This is the second event “tattoo” watch that Linde Werdelin has created, the first based on a similar watch, the original Oktopus watch.

From a straight-on view, it actually looks like the engraving appears to be subtle.  Turn it to catch the light, though, and the beauty of the piece becomes apparent.  Take it off your wrist and have a look at the case back, and then things get really interesting.  The original Oktopus has a nice enough octopus design appearing on it.  Here, the artistry dial is turned up to 11, and we’ve got something that looks (to me, at least) like it came out of traditional Japanese artwork.  In some ways, it’s almost a shame that it hides on the case back. 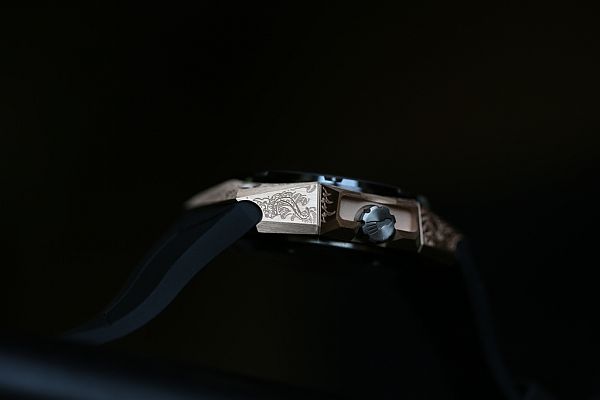 As with the prior Oktopus models, this edition is limited to 59 pieces, signifying two lunar cycles of 29.5 days each.  Available now from any authorized retailer, the Oktopus Moon Tattoo retails for a price of CHF 42,500.  lindewerdelin.com