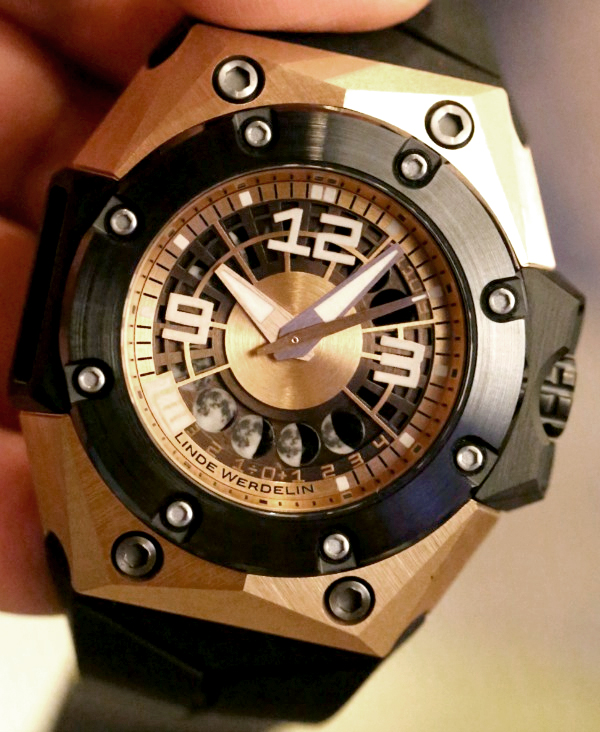 Linde Werdelin must be working overtime in preparation for BaselWorld as they have announced a new edition of the Oktopus II, called the Moon. Three years ago, LW launched the Oktopus Moonphase and these new models build upon the same platform but will be limited to just 59 units. Why 59? Two different variations of the new Moon models and our lunar cycle takes a total of 29.5 days to complete. Ariel was able to get some images of the piece when seeing the brand recently so we can show you a hands-on look in addition to Linde Werdelin’s pictures. 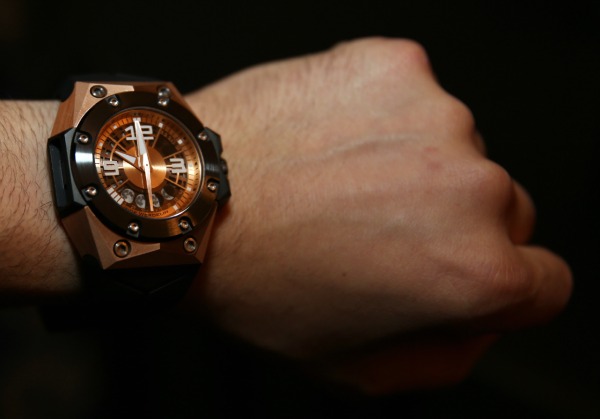 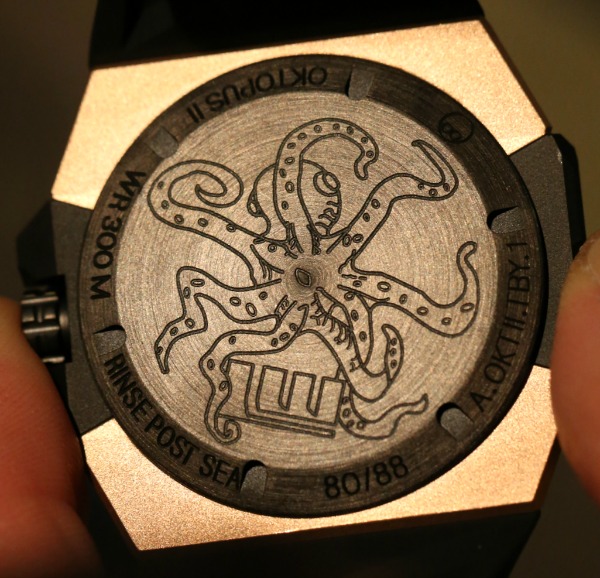 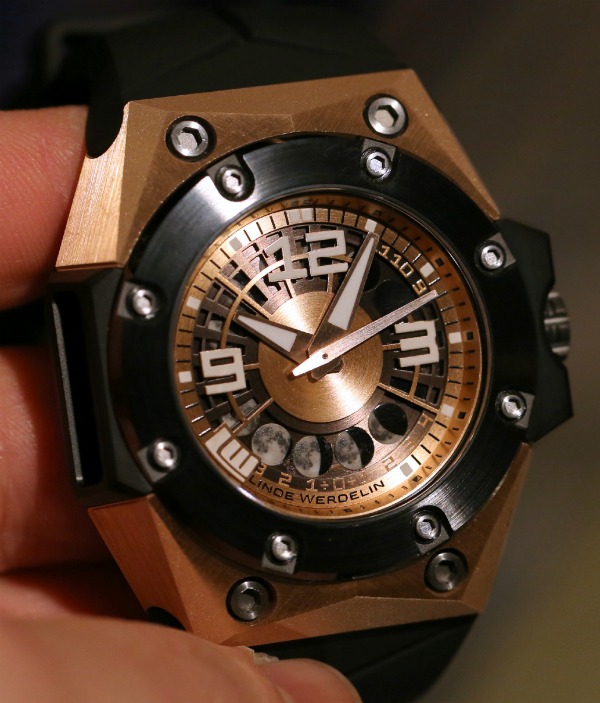 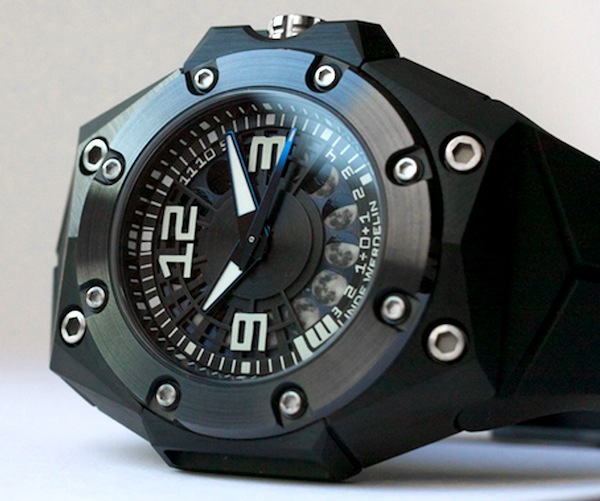 Linde Werdelin does not specifically mention what movement is used in the new Oktopus II Moon models but the moon phase complication is now being produced in-house. The moon phase design, which was inspired by moonlit night diving, features a distinct layer in the three-layer dial design. Showing the user a progression of the upcoming and past lunar stages, each moon illustration is luminous and will glow to mimic the light reflected from the moon’s surface. Additionally, this 300m dive watch has luminous hands and markers as well as prominent 3, 9 and 12 numerals. The crystal is sapphire and treated for anti-reflection and the screw down case back shows the same Octopus design that was used on past models and was actually drawn by Morten Linde. 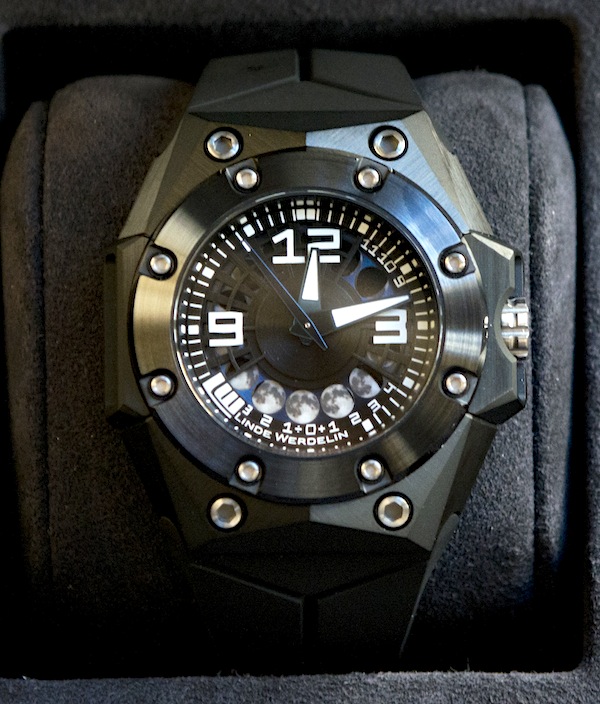 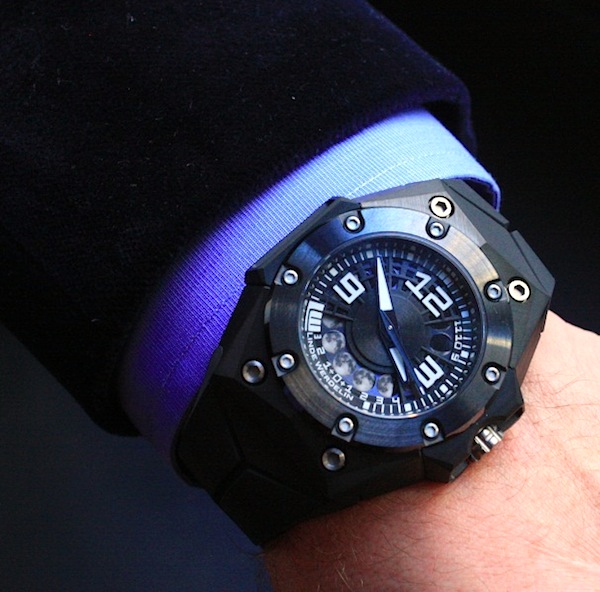 While I am generally partial to LW’s Spido watches, the Oktopus line is unlike anything else being made today. Quite distinctly a Linde Werdelin design while still being distinct from the Spido series. While the Oktopus II Moon is capable of 300m water resistance, we doubt this is the kind of watch you would select for your next dive trip. The bezel design cannot be used for countdown timing and there is no numbered minute scale present in the dial layout. So while the Oktopus II can easily survive a dive, we would recommend LW’s own Reef dive computer attachment if you’re planning a serious dive. As an everyday watch with an interesting complication, the Oktopus II Moon fits rather well into the Linde Werdelin lineup. As with all LW’s, the pricing is well into the luxury scale with the Black version selling for CHF 12,500 ($13,800 USD) and the Gold variant carrying a list price of CHF 27,000 ($29,800 USD). I really like the Black version with its F-117-like stealthy black coating and hard angular case. Both models are very limited editions and offer yet another uniquely Linde Werdelin perspective on a modern and very masculine dive watch. lindewerdelin.com