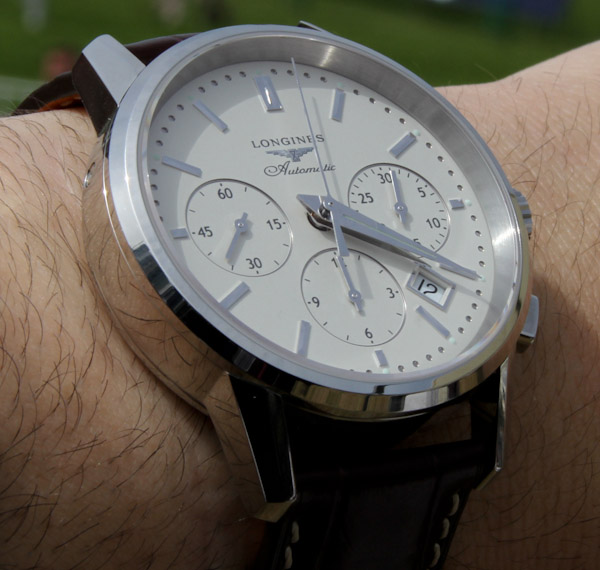 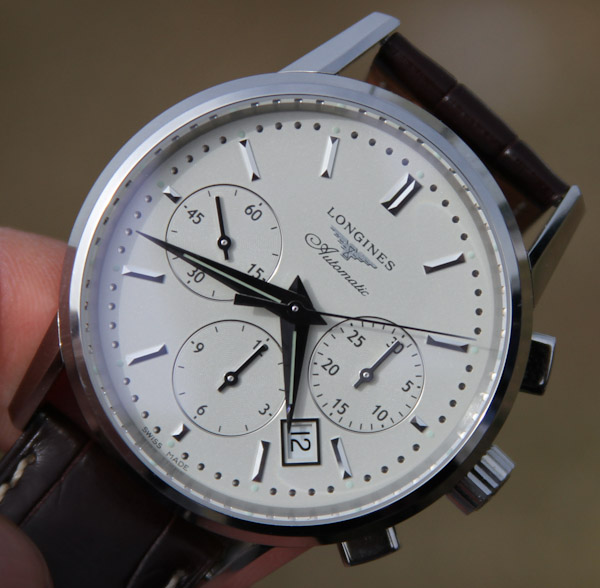 It surprised me to learn that Longines has close to 100 years of history with horse racing. In fact, Longines has a lot of history altogether. Like many historic watch brands still alive today, Longines spent much of its life as a watch movement maker run by engineers. This is an interesting point because, according to long-standing Longines CEO Walter von Kanel (who has been at the brand for over 40 years), a major difference between watch brands of today and those of yesterday is who ran the show. 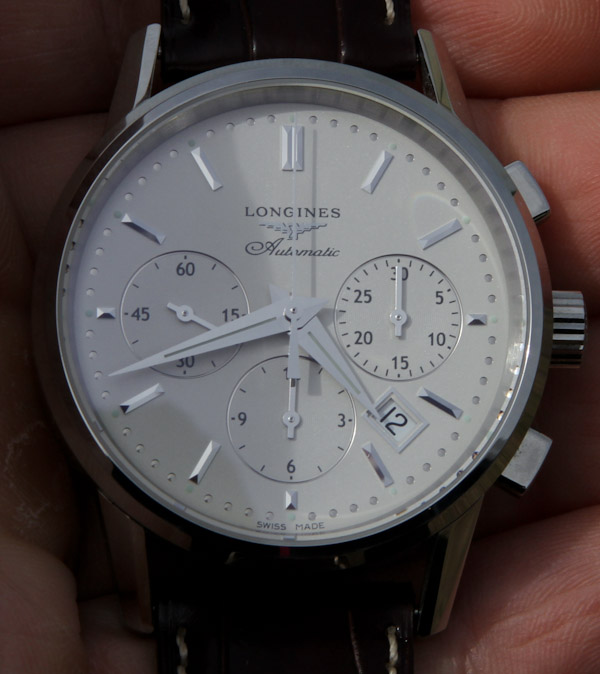 He reminds us that watch brands used to revolve around new movements. The engineers would develop a new movement and then design a watch around it. Today, watch brands are more business/marketing minded and design watches around concepts, market needs, etc… In essence, the reverse of what they used to do. This phase-shift in timepiece production makes total sense given that people buy watches for different reasons these days.

Knowing that vintage Longines watches that include their own movements are hot in the collector’s market, I started to ask Mr. von Kanel if this surprised him. Especially since he has been at the brand since they were making their own movements and can quickly recall much of the brand’s history. CEO’s like him are very difficult to find as he really knows so much about his own brand. He ended up giving me a large book on Longines watch movements that contained each caliber they have ever made. I recommend checking that out for brand collectors. 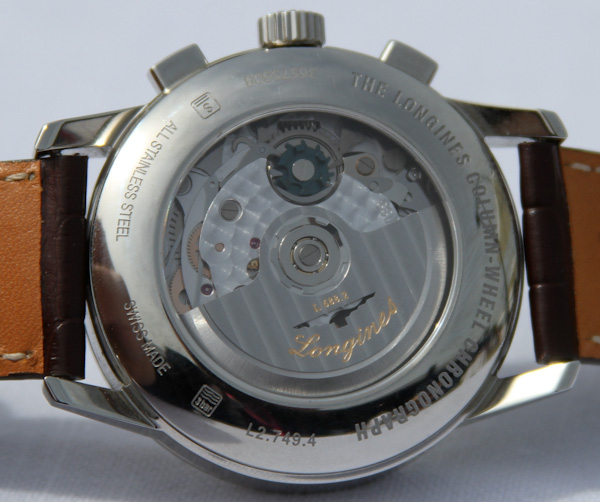 Was he surprised? I think a bit. Unlike brands like Patek Philippe who’ve known of their collectible status for a while, Longines has only recently discovered that their heritage includes interest from both a mechanical and activity standpoint. Most of us think about horse racing, Shanghai in the 1920’s, Tennis, and Charles Lindbergh when we think of Longines. This is part of the brand’s activity history and what they like to focus on today.

A small part of this is Longine’s massive popularity in China; I think they are the number two selling brand in China (behind Omega). That’s a pretty big deal if you think about it from a sales perspective. It also says something about the Chinese market who have an incredible appreciation (and lust) for history. From what I understand, before communism took over in China, brands such as Longines were associated with much of the cultural and artistic freedom that took place in major cities such as Shanghai. Today’s Chinese people look very fondly upon this period and are drawn to the brands, style, and ideas associated with the time. 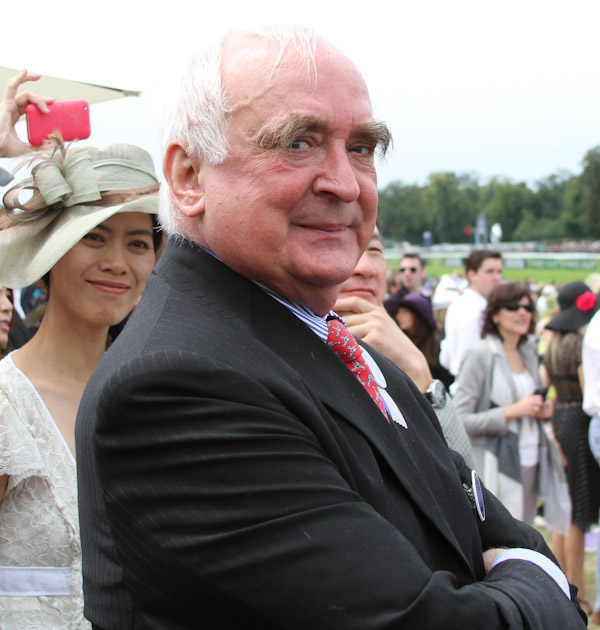 We can leave a talk about China for another time, right now my focus (I know, it hasn’t been at all clear up to this point) is Chantilly, France and the Column Wheel Chronograph watch. Longines has been supporting equestrian events more and more, and recently became the official timekeeping sponsor of the Kentucky Derby. Their newest horse racing sponsorship is the support of the very historic Prix de Diane race in Chantilly, France (just outside of Paris). Chantilly is an extremely historic place with a palace that is considered second only to Versailles in importance and impressiveness in France. I have to admit, the palace was pretty cool. Somewhere along the line, one of the princes living there decided to build a palace for horses in the form of what is likely the most impressive of stables in the world. So, horse raising and racing has been common in Chantilly for a very long time. 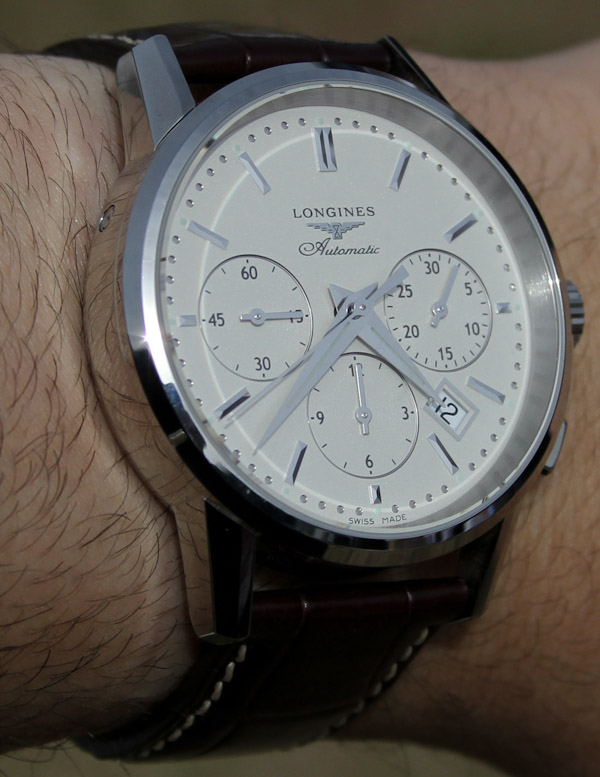 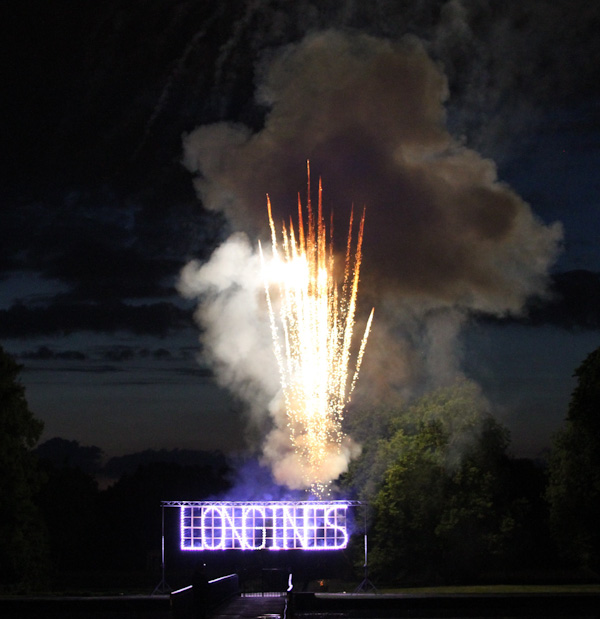 Some of the images you see here are of the palace exterior and a Longines dinner that took place in one of the art galleries – that was a very interesting room to dine in. Horsing is fun and all, but I was most interested in the watches, so I spent some time checking out the Longines Column Wheel Chronograph watch that was first announced in 2009. The watch includes and exclusive automatic movement and a slick vintage style dial and case.

At 40mm wide, this is about as small a watch as you’d want to go to – though the proportions don’t make the Column Wheel Chronograph feel small. First of all, the case is on the thicker side (which is typical of a chronograph) and the bezel is thin. On the wrist it looks well-sized and demure. Not too small, or too large. A sensible watch, like a good pair of black slacks. 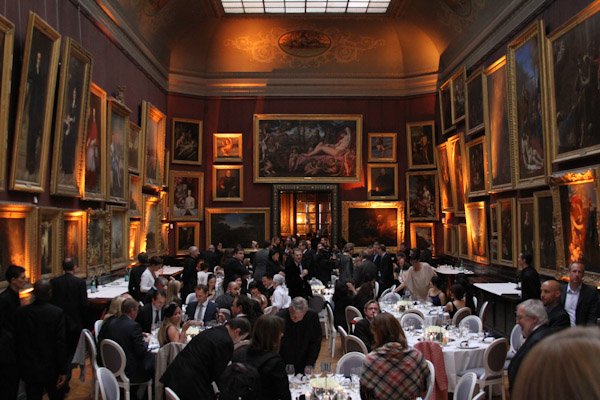 The movement is made by ETA (of course, since Longines is in the Swatch Group along with ETA), but has been made exclusively for Longines. It has a blued-steel column wheel and ample decor that you can see through the sapphire caseback window. The blued column wheel is rather neat and the movement reference is the ETA L.688.2 automatic. Featuring the time, 12 hour chronograph in a tri-compax array, and the date, the only issue I have with the movement is that to change the date you need to press an inset pusher located on the case rather than use the crown.

A thoroughly vintage look that feels fresh in modern materials, the steel case is also available in 18k gold for those that want it, and a few dials (cream with steel indeces and hands, cream with gold-plated indexes and hands, or black with steel indexes and hands). By the way, to avoid confusion, please understand that there are two versions of the Column Wheel Chronograph watch that look similar. One is 39mm wide with a smaller feel, and this 40mm wide version. The dials and cases are different, but at quick glance might look the same. 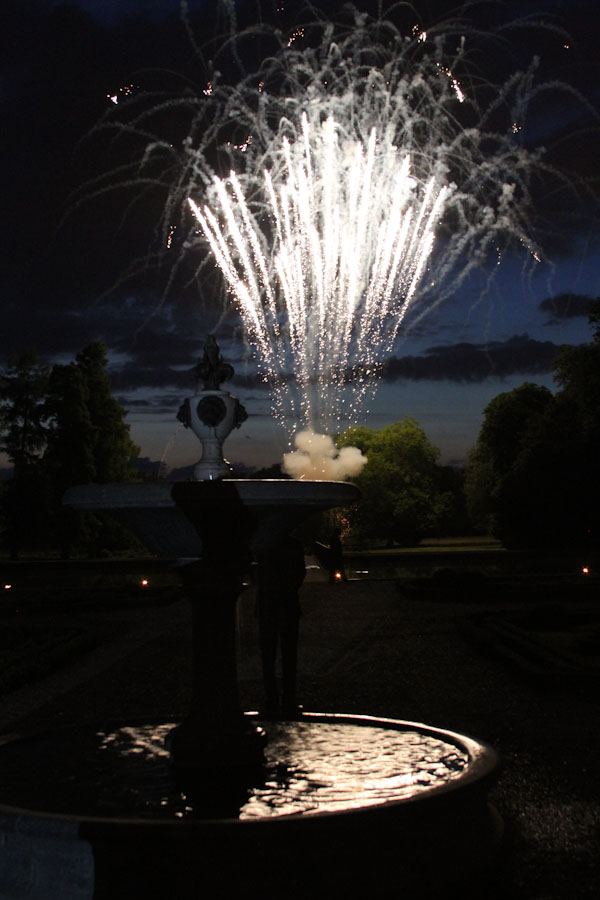 Longines uses nicely polished hour indicators and hands. The Dauphine hands are easy to read and have little strips of lume down the middle. Note the dots of SuperLumiNova along the outside of the watch near the hour indicators. The dot style minute markers are retro and fun. Overall, the dial is incredibly simple and understated – a fact you’ll either love or hate.

For history buffs and those who like to dress-up with looks from the past, the Longines Column Wheel Chronograph is a suitable satisfier, especially given the reasonable price range of $2,750 – $2,950 for the steel versions of the watch. Longines