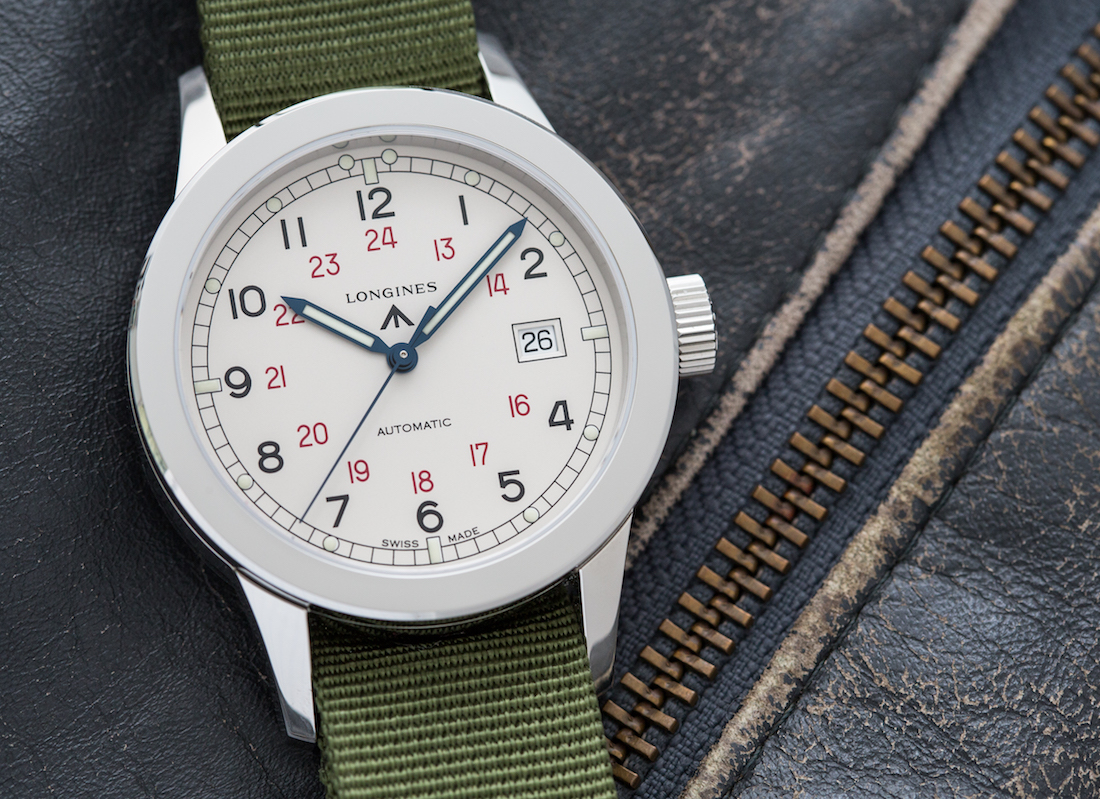 Announced last fall, the Heritage Military COSD continues Longines’ run of producing reissue-style pieces that connect with various sporting designs of their past. While the past few years have seen a substantial increase in the trendiness of vintage-inspired designs, Longines was arguably in the first wave of this trend when they launched the Legend Diver back in 2007. Now, some nine years later, we find a market full of “new vintage” watches – with their faux lume, hugely domed crystals, and gilt dials calling us back to a time before quartz really messed up the joint. To a somewhat similar effect, we have the new Longines Heritage Military COSD, a field watch styled after a legacy Longines model worn by British Paratroopers in the later years of WWII.

To begin, let’s take a brief look at the original model, a few of which appear to occasionally trade hands online and at auction. While there isn’t exactly a wealth of information to be found, the original reference 2340 was 36mm wide in nickel plated brass with a silver-white arabic 12/24-hour dial, a hand-wound Longines 12.68N movement, welded lugs, and an oversized crown. The “COSD” naming comes from Company Ordnance Supply Depot, and these watches carried the MOD (British Ministry of Defense) Arrow on the dial, the mark of a watch issued for use in the British Military. Reports suggest that the 2340 was created in 1944 and that some were issued after the end of World War II. 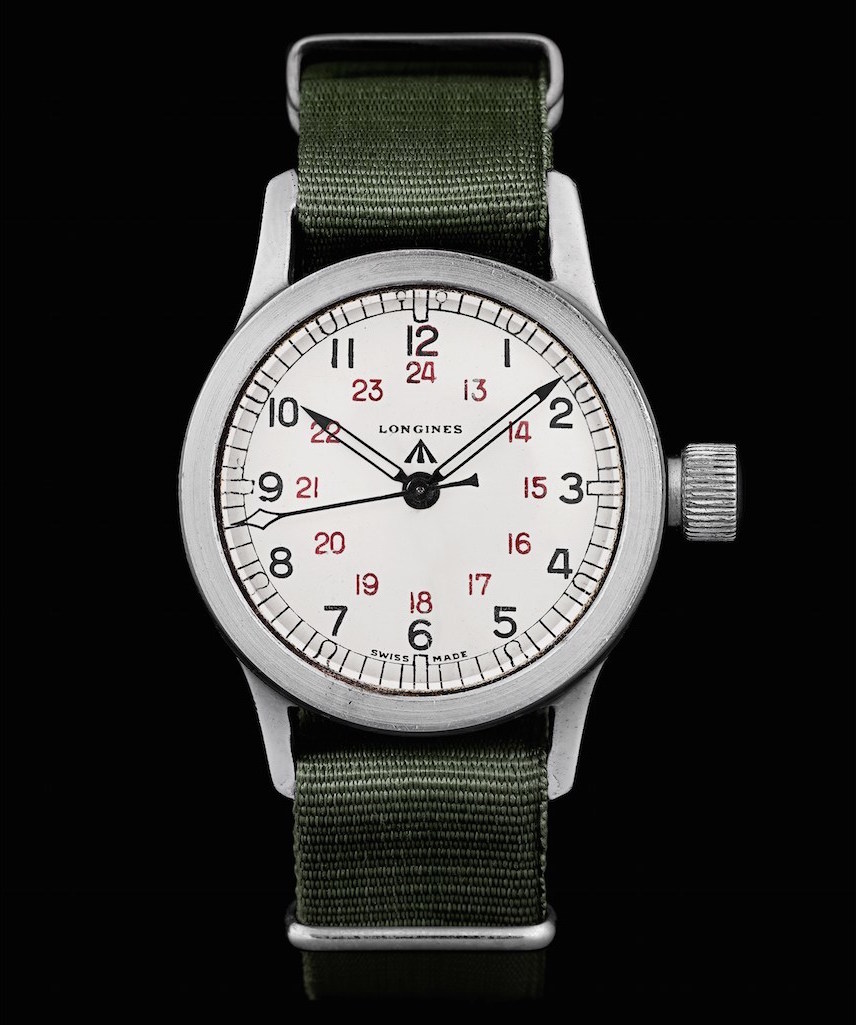 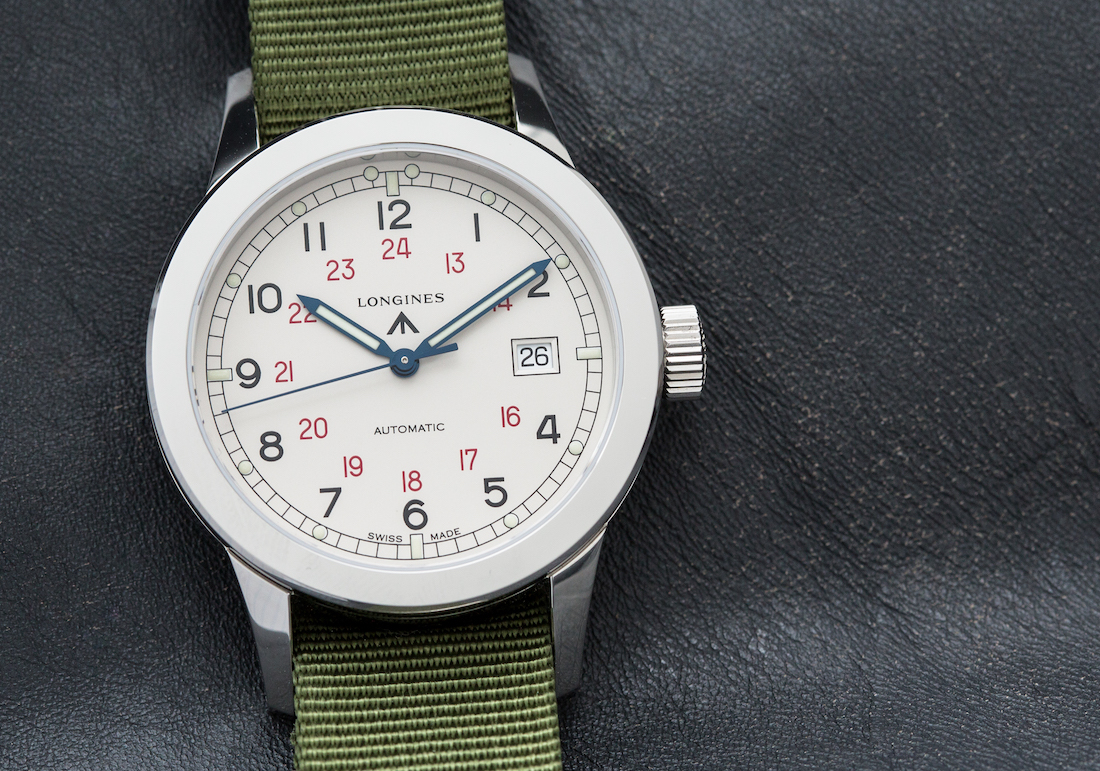 So, the Longines’ Paratrooper, as it is most commonly known, is a somewhat distinctive field watch design with a smattering of military history. It’s of little wonder then, that Longines decided to design a new version for their modern Heritage line up, the same line that brought us the Legend Diver and the 1967 Heritage Diver Chronograph. The modern Longines Heritage Military COSD uses a 40mm steel case that is some 10mm thick and stretches 52.1mm lug to lug. The crown, which does not screw down, is of a more reasonable proportion and the crystal is up to current spec, with the Longines Heritage Military COSD using an anti-reflective sapphire crystal. 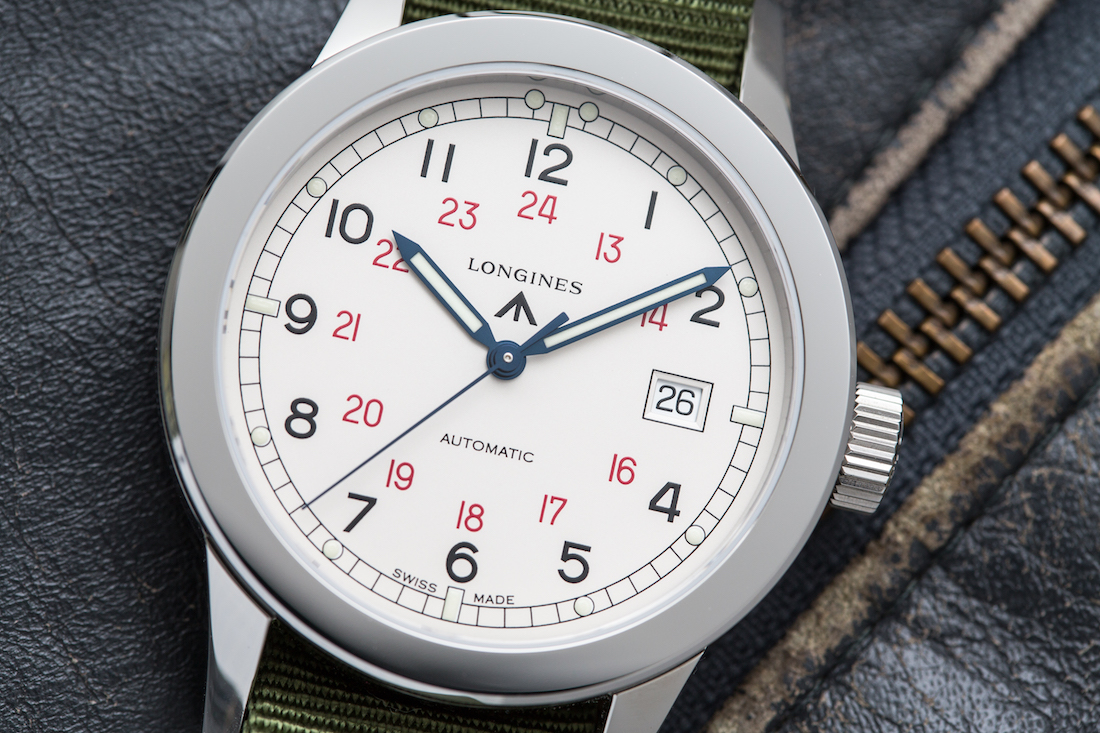 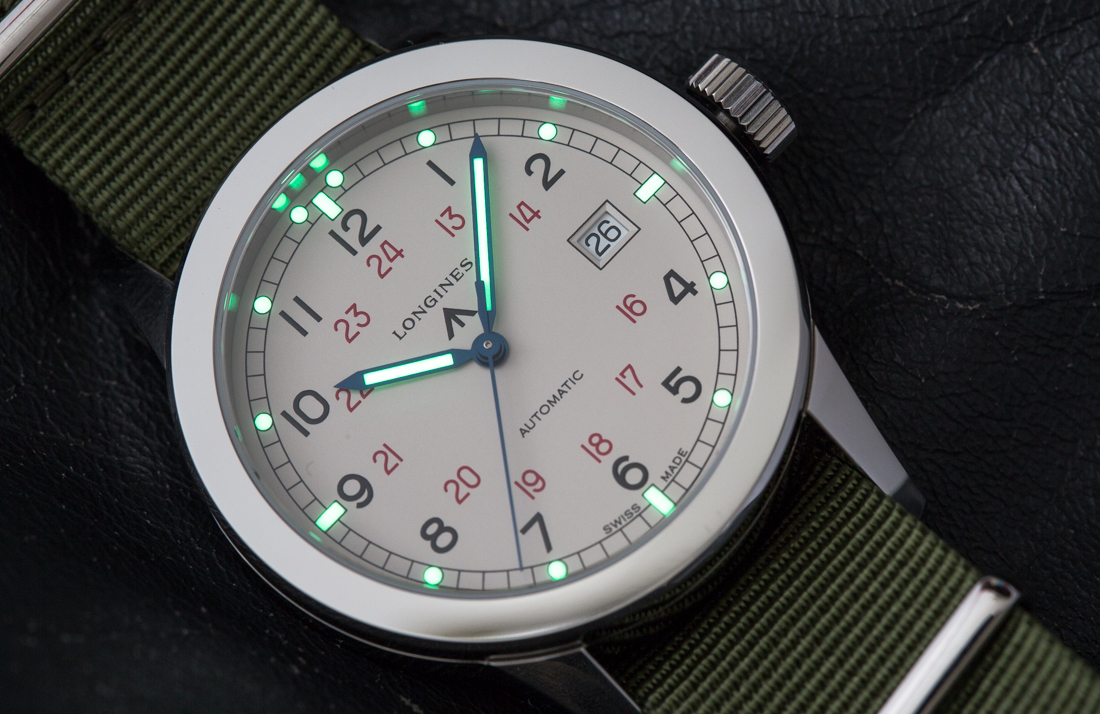 The hands and five-minute markers are lumed and glow nicely with additional points at twelve o’clock. The color would suggest that Longines has used Superluminova C3, which glows brightly with a green signature and I’m thankful that they avoided the current popularity of faux-aged lume. While not as bright as a serious dive watch, the Longines Heritage Military COSD’s lume is perfectly functional without compromising the attempt towards mirroring the reference design of the 2340. Much like the reference design, and true to the ethos of a field watch, legibility is excellent in any situation, especially with the added contrast of the silver dial. That said, I do rather miss the detail seen on the tip of the 2340’s seconds hand, that distinctive skeleton design element is beautiful and it would have been a welcome bit of detail on the Longines Heritage Military COSD.

With long, sloping lugs and a wide, flat bezel, the Longines Heritage Military COSD’s steel case is entirely polished. While this element may sound rather fitting for a vintage watch (or a watch designed to appear vintage), the entirely polished case feels out of place. Judging by the example photo provided by Longines, the original 2340 carried a matte finish (which would seem to fit a watch designed for military use). With that in mind, I’m not sure why Longines opted to go full polish. 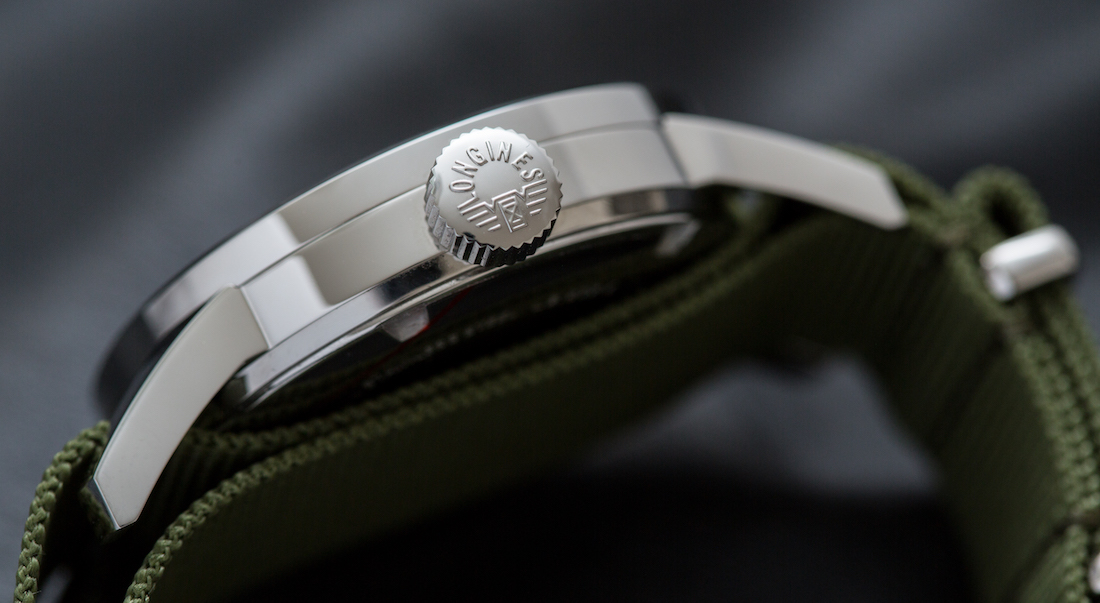 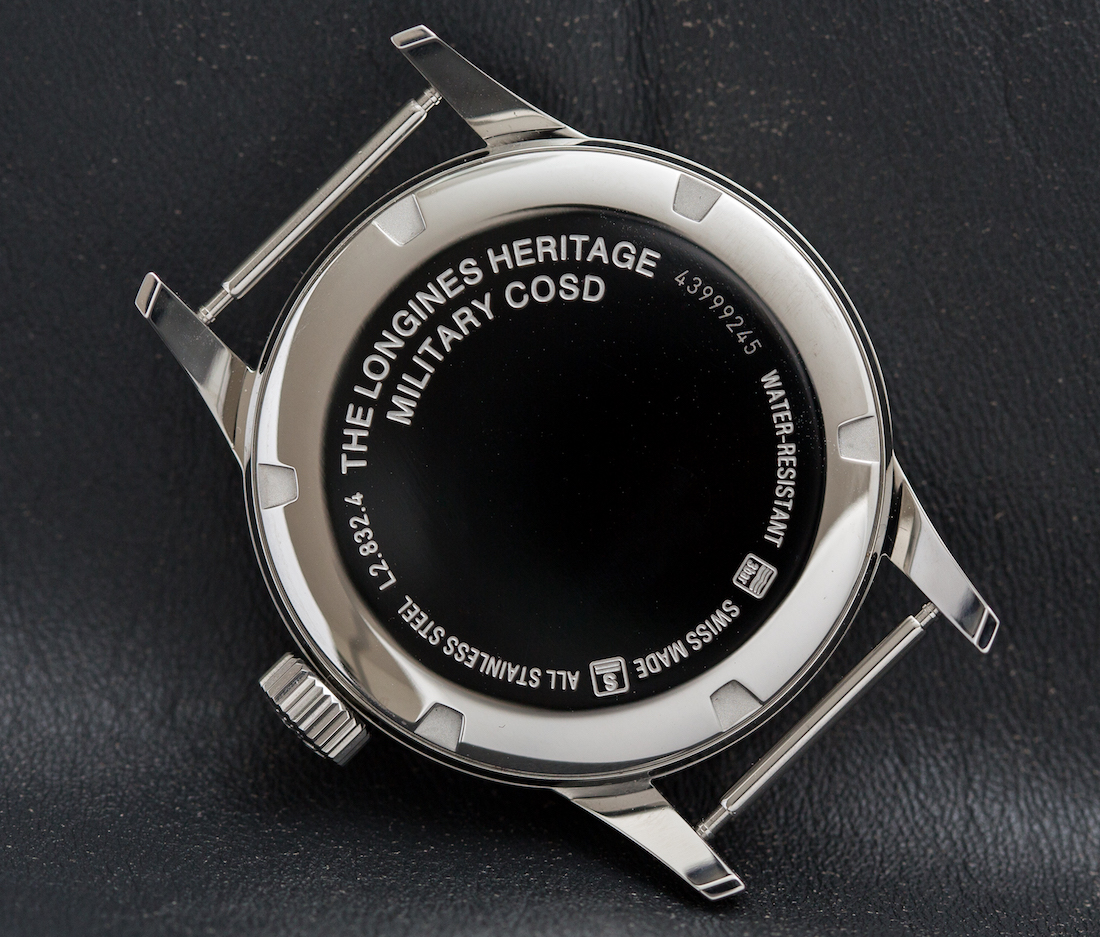 A lot has changed since the mid-1940s, including the fact that modern Longines is part of Swatch, so these days their movements are from ETA. As such, the Longines Heritage Military COSD uses the Longines L.619.2 which is basically their treatment of an ETA 2892-A2. This 4Hz automatic movement is a step up from the 2824 and has been used by other Swatch brands like Omega, as the Calibre 1120 in many watches, including their pre-coaxial Seamaster Professionals. The 2892 is always a welcome option as, at just 3.6mm thick, it tends to make for a thinner watch.