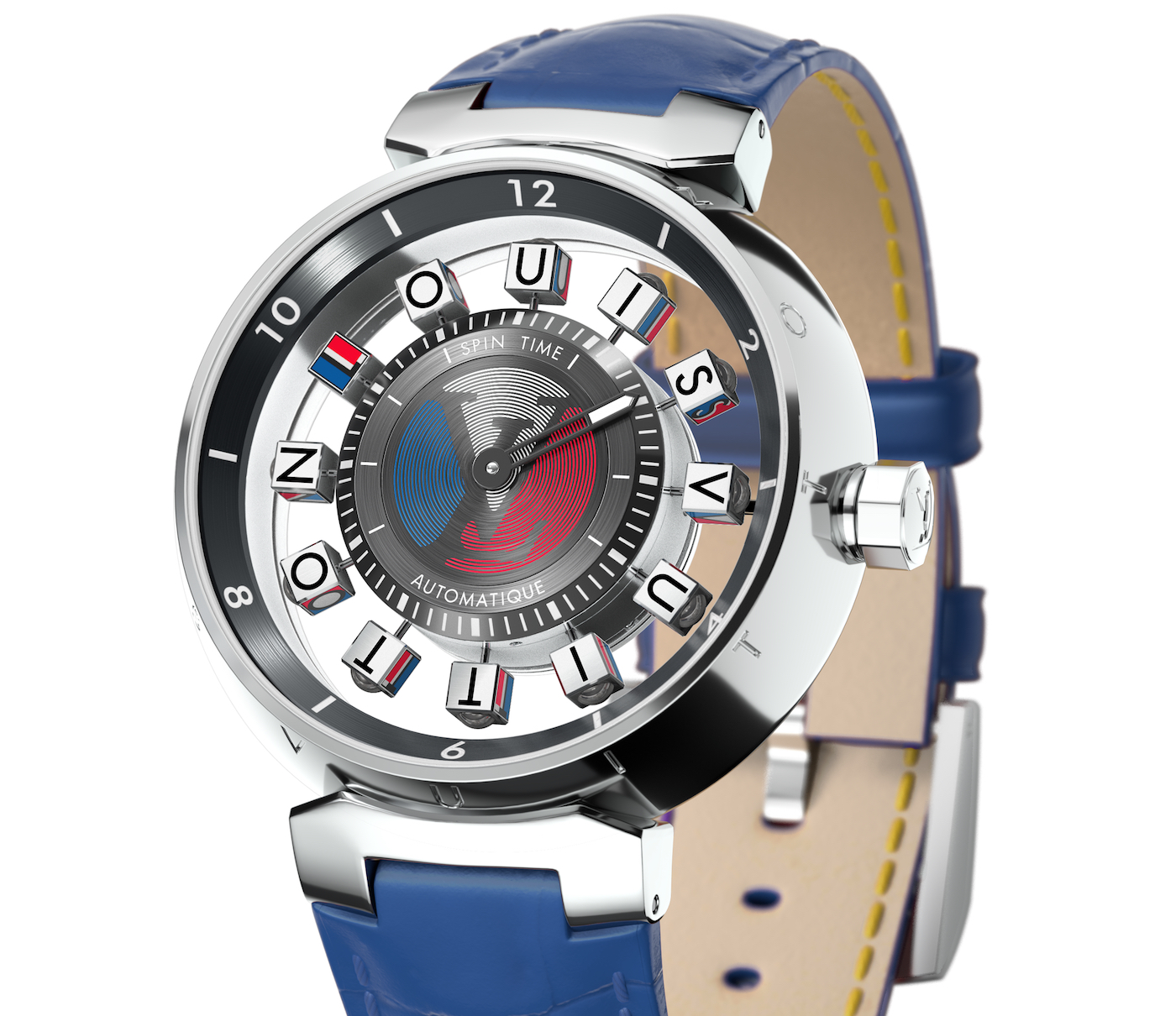 The Louis Vuitton Tambour Spin Time Air watch is the latest addition to the family that put this famous French “fashion” brand on the watchmaking map. While I don’t think the Tambour range qualifies for iconic status, it’s pretty darn close. Perhaps that’s more because of what it means for the brand than the industry en masse, but it could be argued that the Tambour added another valuable chapter in the history of fashion houses like Louis Vuitton, Hermés, and Bulgari being taken seriously. 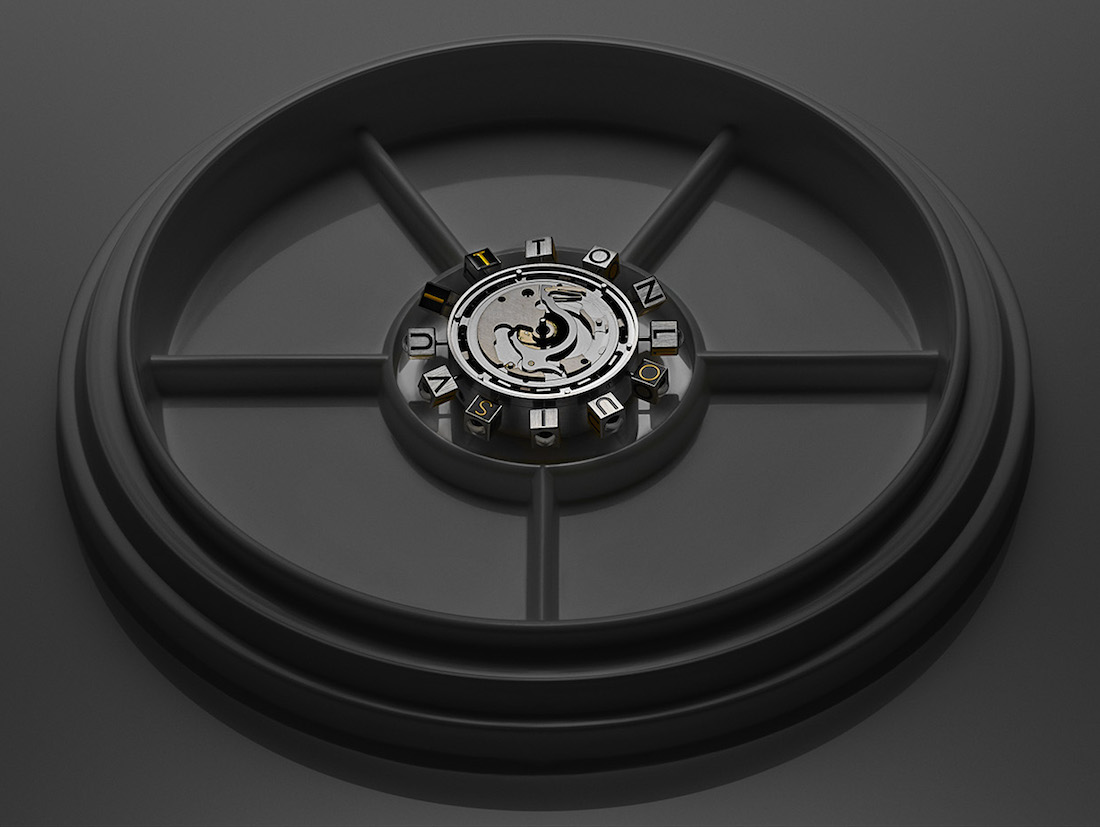 The release of the Louis Vuitton Tambour Spin Time Air watch dusts off a much-loved concept and brings it bang up to date. 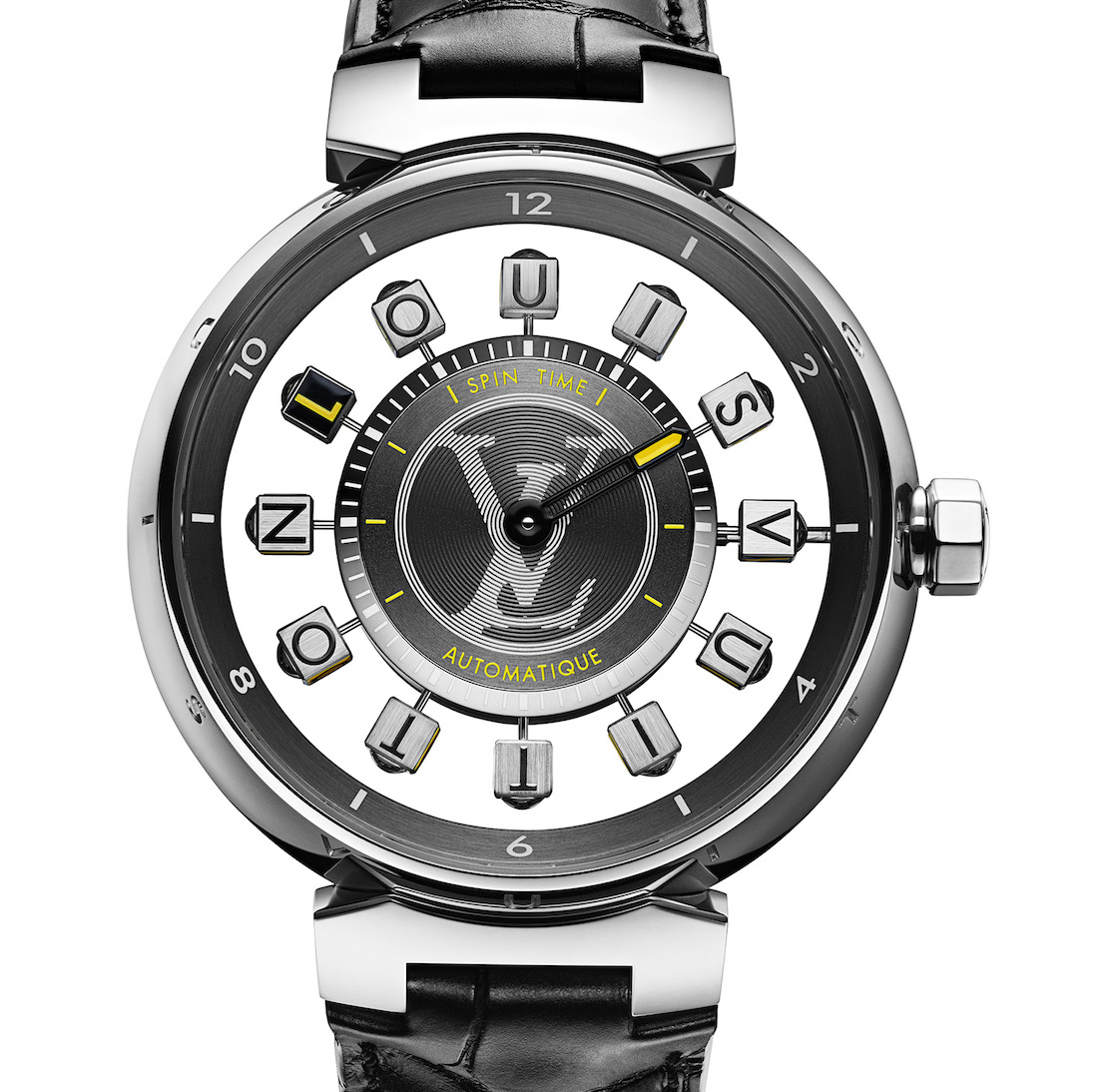 When the Tambour Spin Time was released a decade ago, it surprised the watchmaking world — not just because of its novel display, but also because it came from a “fashion” house. Louis Vuitton has always had the clout of the LVMH luxury conglomerate behind them, but it still seems to surprise people when the bosses at LVMH decide to actually put some effort into the products rolled out by one of their most self-selling labels. 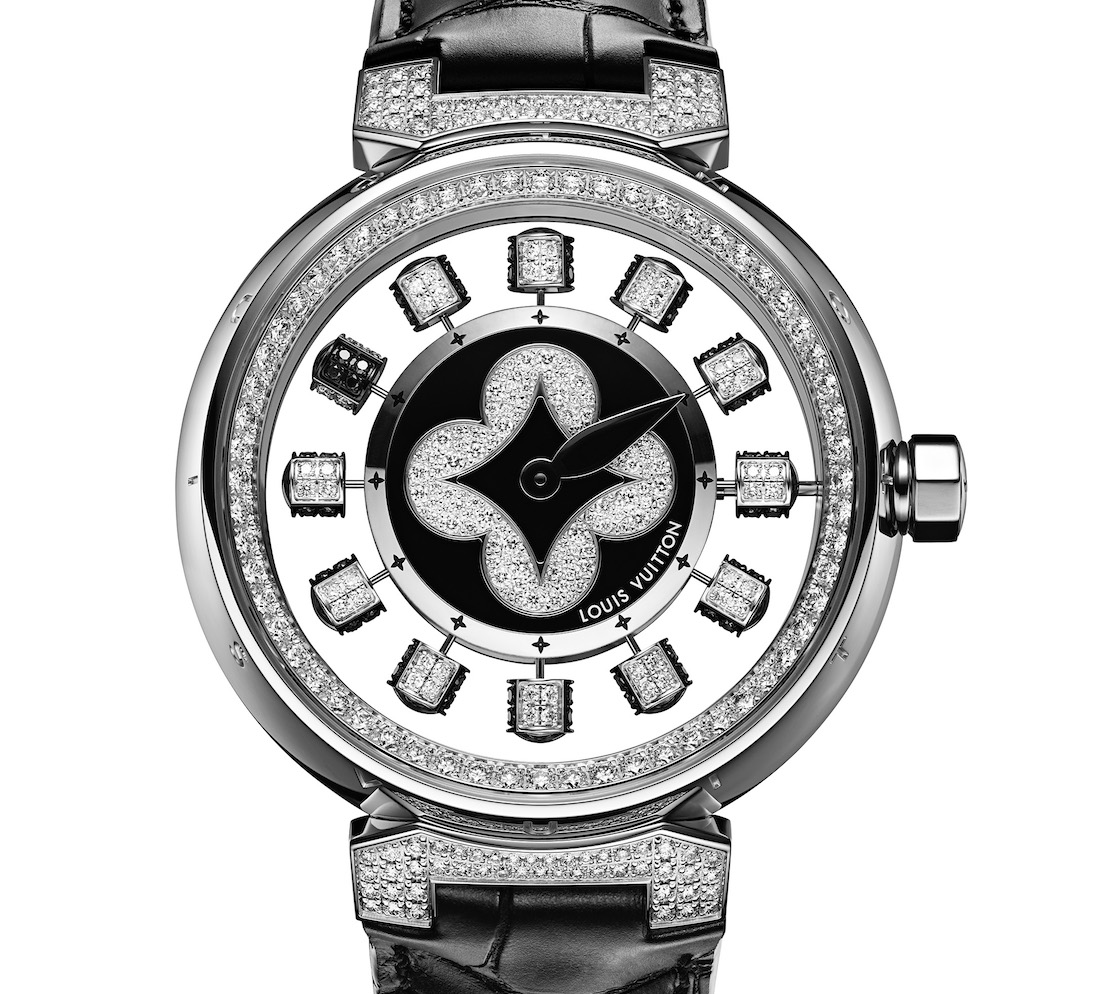 The original Spin Time watches featured decidedly less skeletonized dials. The “Air” facet of this design comes from the dead space surrounding each of the floating time cubes. It’s a very difficult visual to achieve from a technical standpoint. The fine machining of the movement must be absolutely on point, as the slightest deviation from perfection would throw this whole “dial” display out of whack. 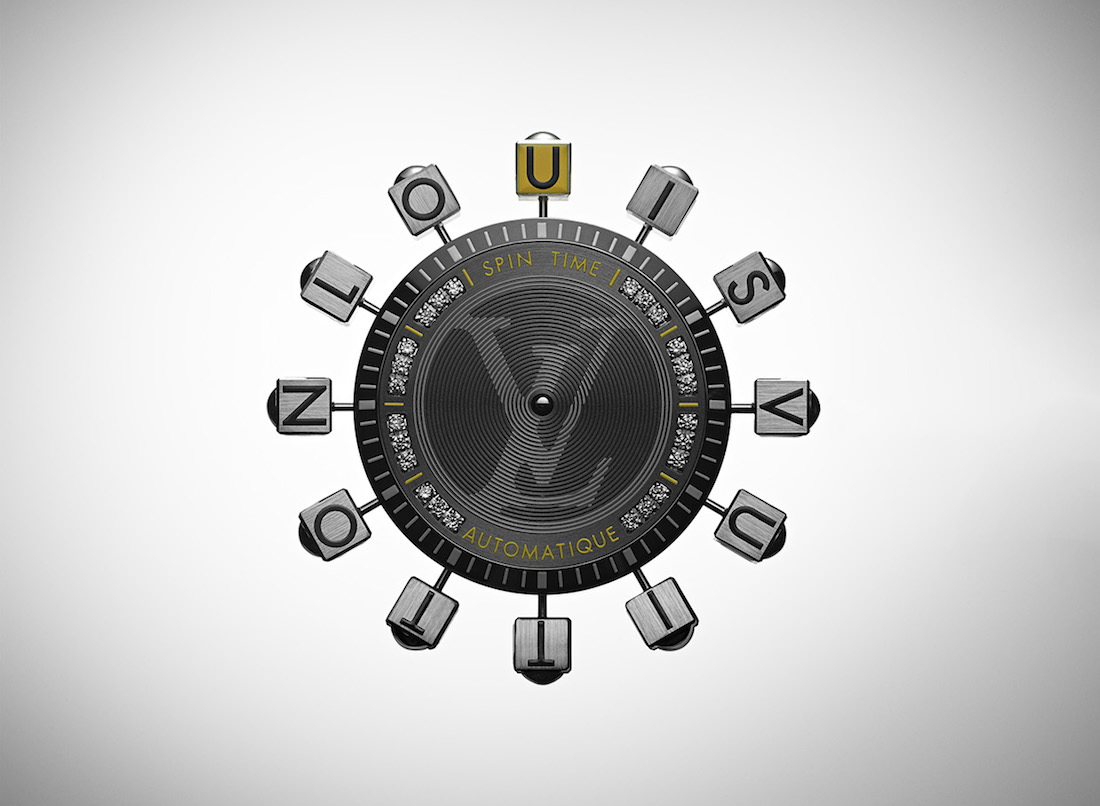 There’s not much to fault in this design. It’s neat, conceptually uncomplicated, and excellently executed. The minute hand, picked-out by a contrasting color, is a joy to read when given center stage. As far as updates go, this is about as clean and successful as they get. 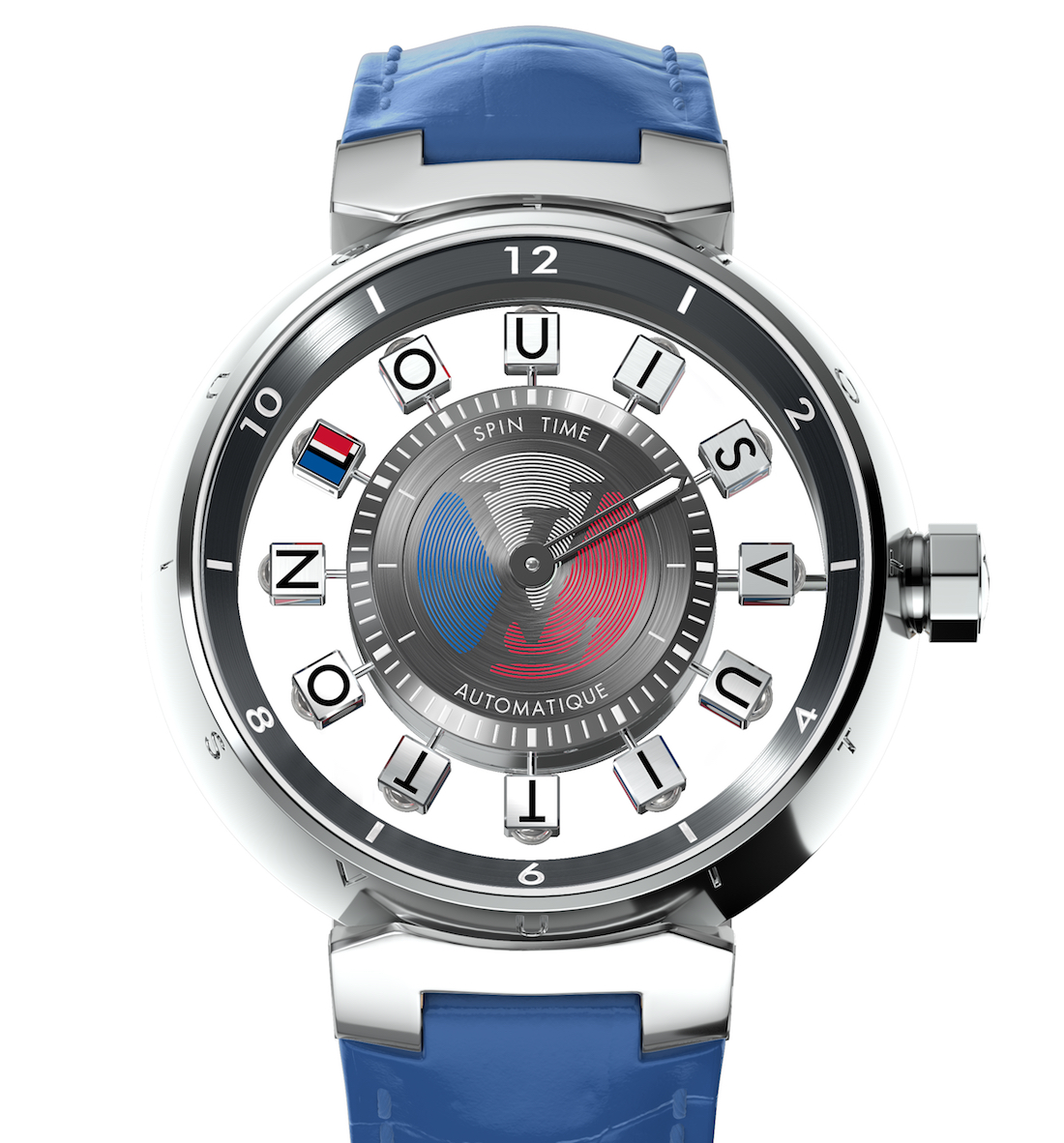 The Louis Vuitton Tambour Spin Time Air watch uses LV’s most identifiable case shape. The bold, rounded case flanks and proprietary strap system give the watch a striking presence on the wrist. Like a polished pebble flashing on one of the world’s most recognizable monograms, the 42.5mm white-gold case with a water resistance of 50m is not going to be missed by anybody. 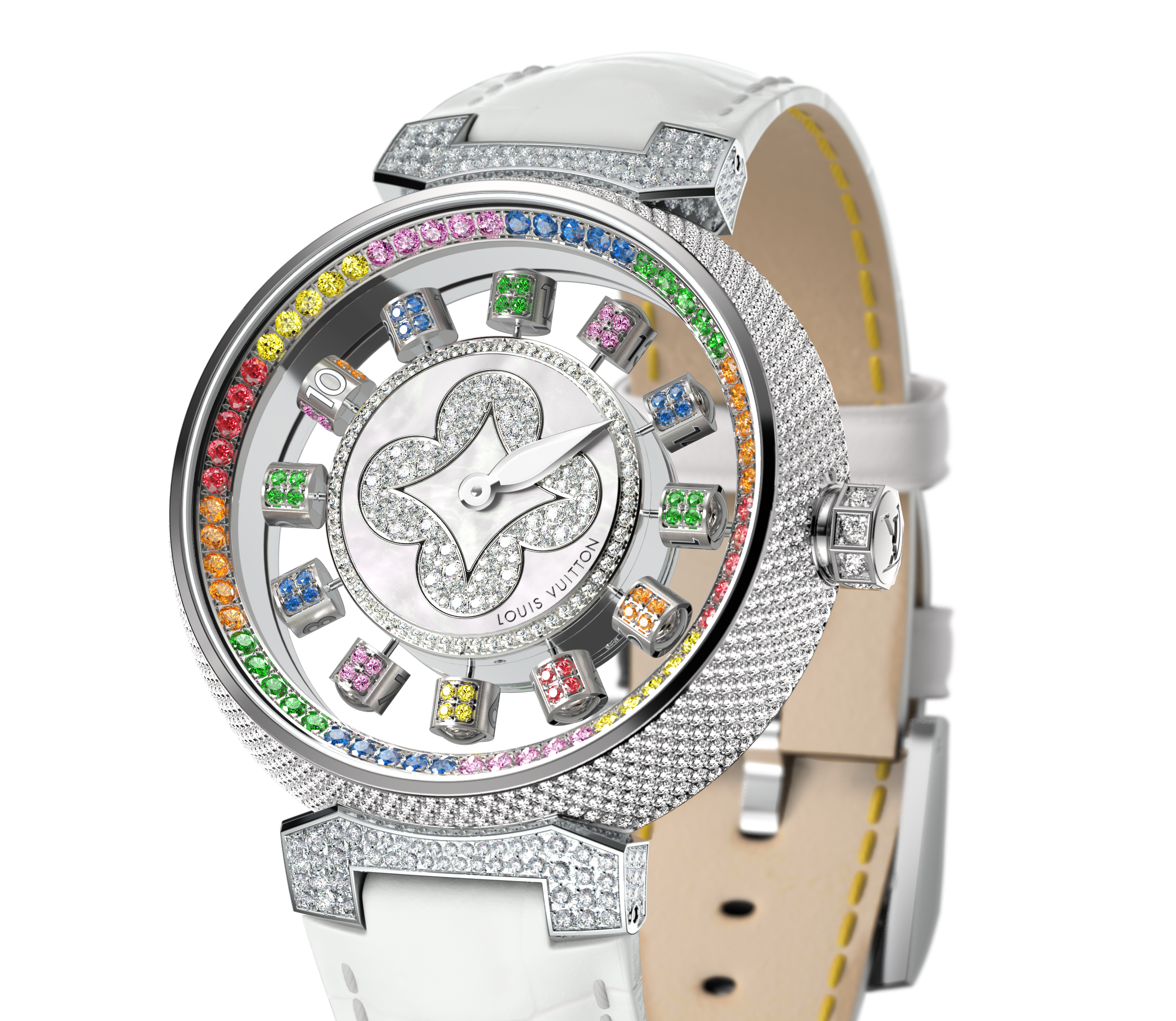 If you really want to stand out in the crowd, a diamond-studded option is available. Despite its flagrant opulence, it’s not a bad looking piece. It very much commits to the idea of luxury and takes it to the nth degree. By no means are the diamond-set versions (ref. Q1EGC0 and ref. Q1EI20) my cup of tea, but I can certainly see their appeal. 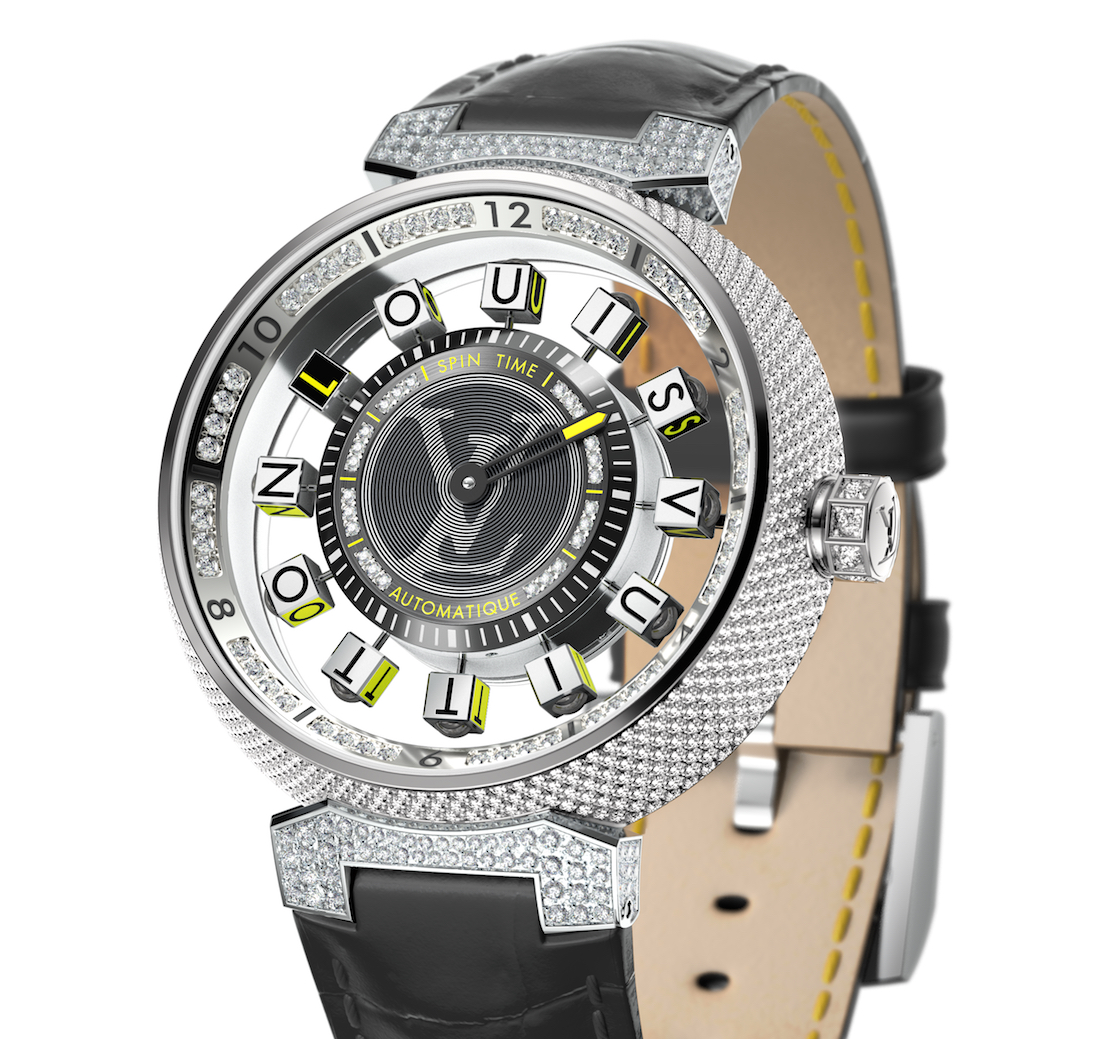 The central module of the LV88, despite its diminutive dimensions, has a 35-hour power reserve. It also manages to fit an automatic winding system on its back, so you needn’t worry about the watch running down while on the wrist. The finishing is, as you would expect on a movement of this cost, superb. It is a testament to the engineering standards that only twenty-six jewels were necessary to create this movement.

The Tambour family has a wide selection of price-points, due to the vastly different movement options. Unfortunately, the Louis Vuitton Tambour Spin Time Air is not one of the more affordable families. 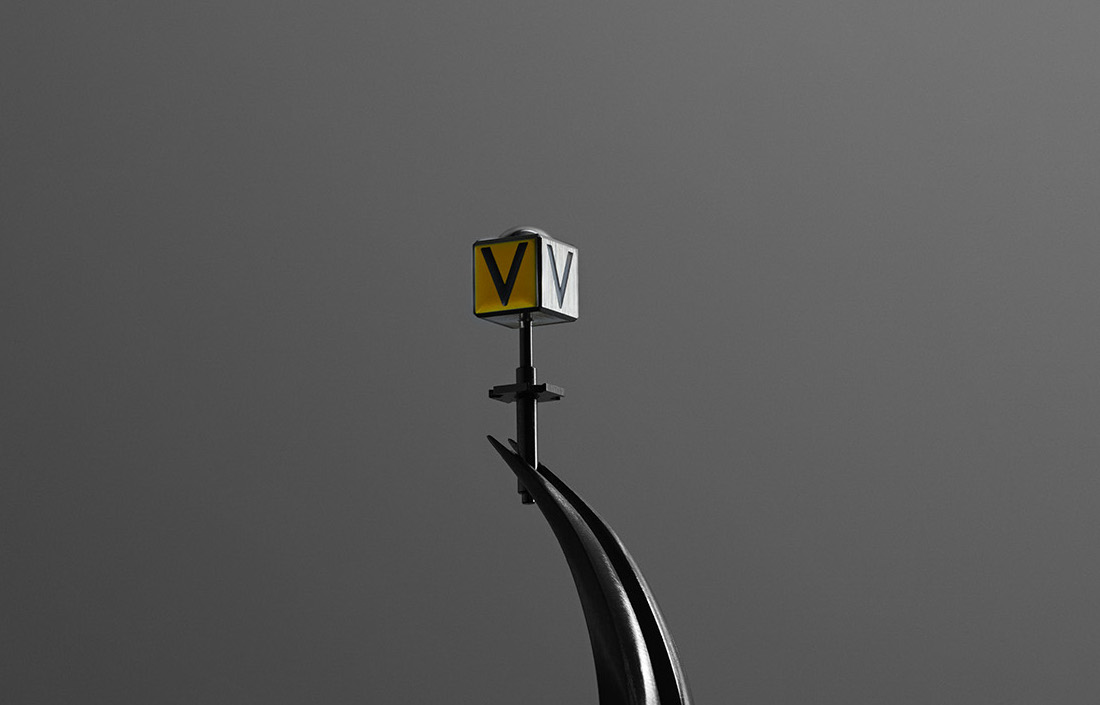 There are seven variations of the Louis Vuitton Tambour Spin Time Air watch. The plain white-gold versions start at $54,000, and the full diamond case and dial references top out at $140,000. Learn more at louisvuitton.com