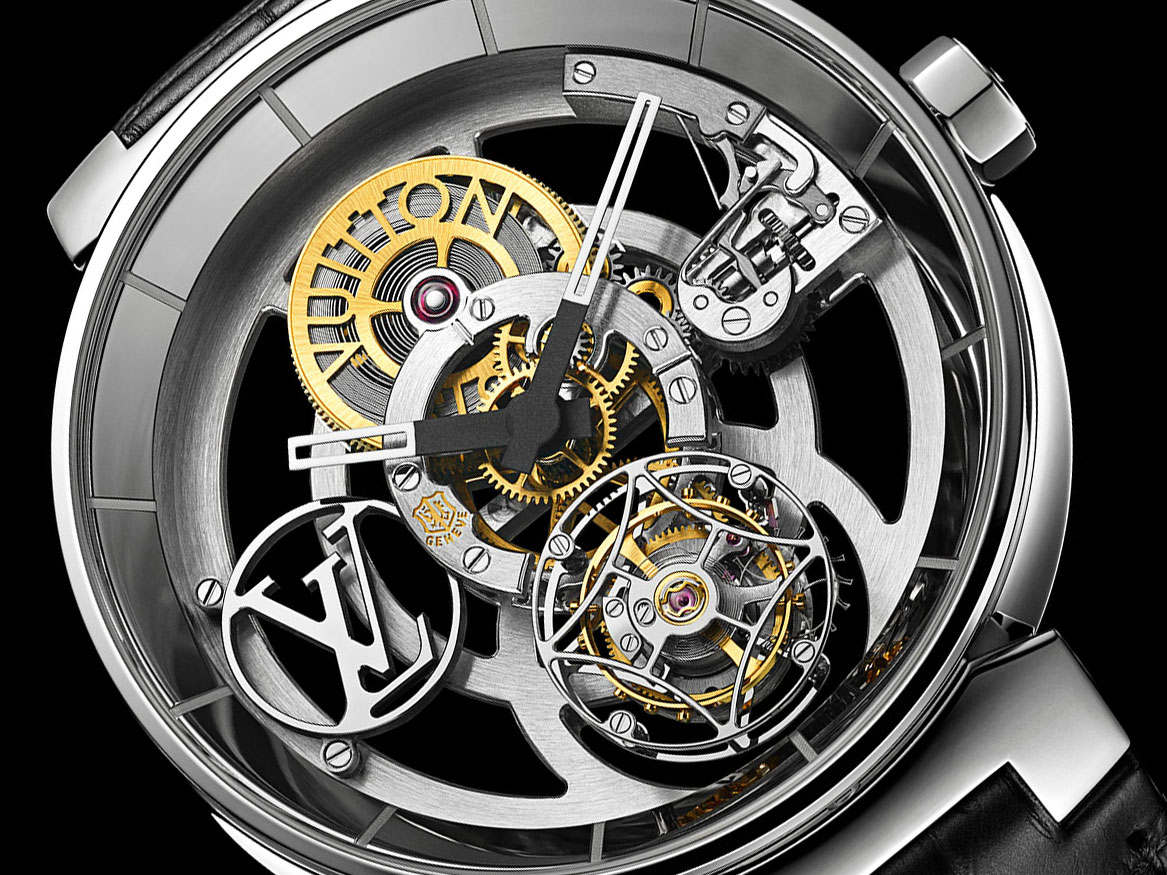 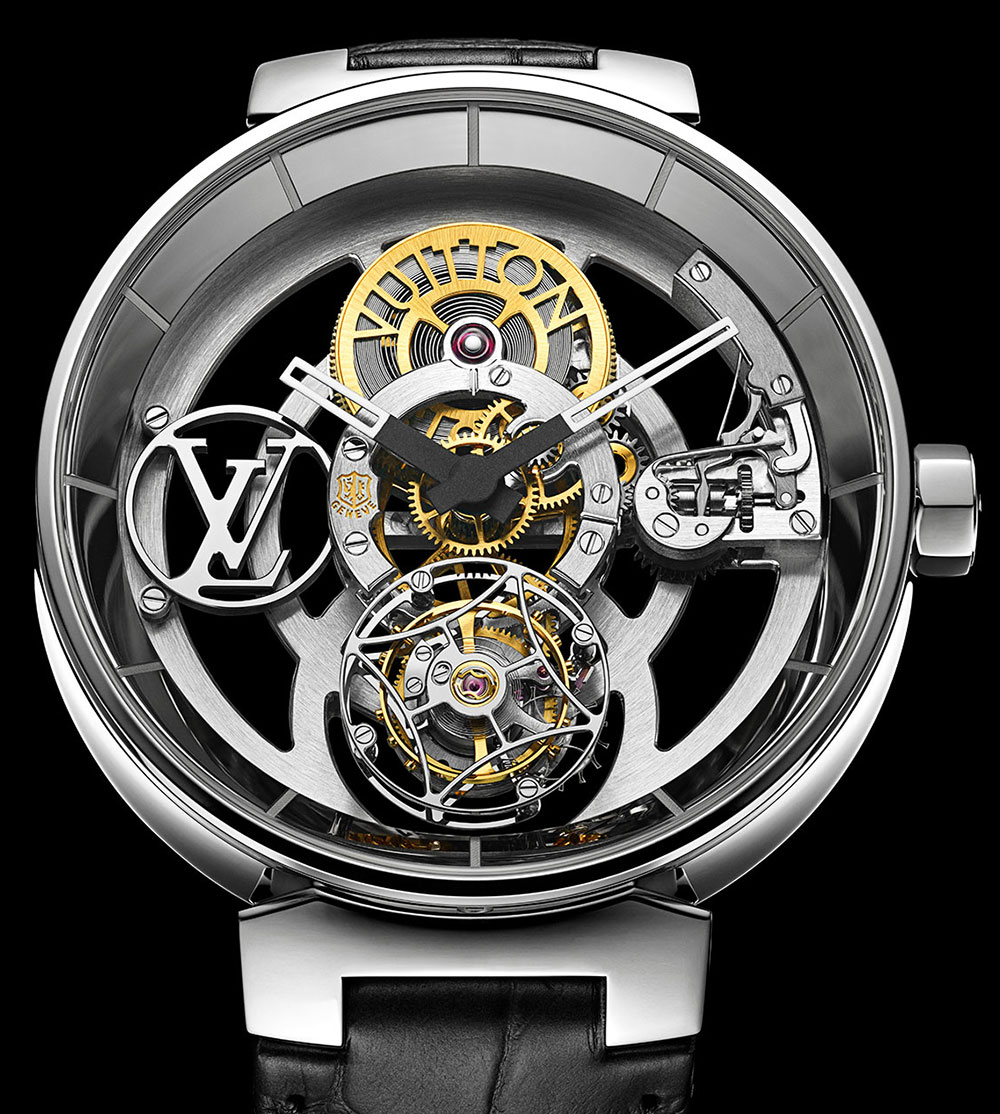 French fashion house Louis Vuitton recently released a line of Tambour watches with an updated case design called the Tambour Moon. The flagship of this new line is the Louis Vuitton Tambour Moon Flying Tourbillon “Poinçon De Genève” watch, a highly open-worked, Geneva Seal-approved watch with a one-minute flying tourbillon. Louis Vuitton is also excitedly promoting the watch’s personalization options, so you can potentially admire, for example, your own monogram at 9 o’clock instead of the giant LV. 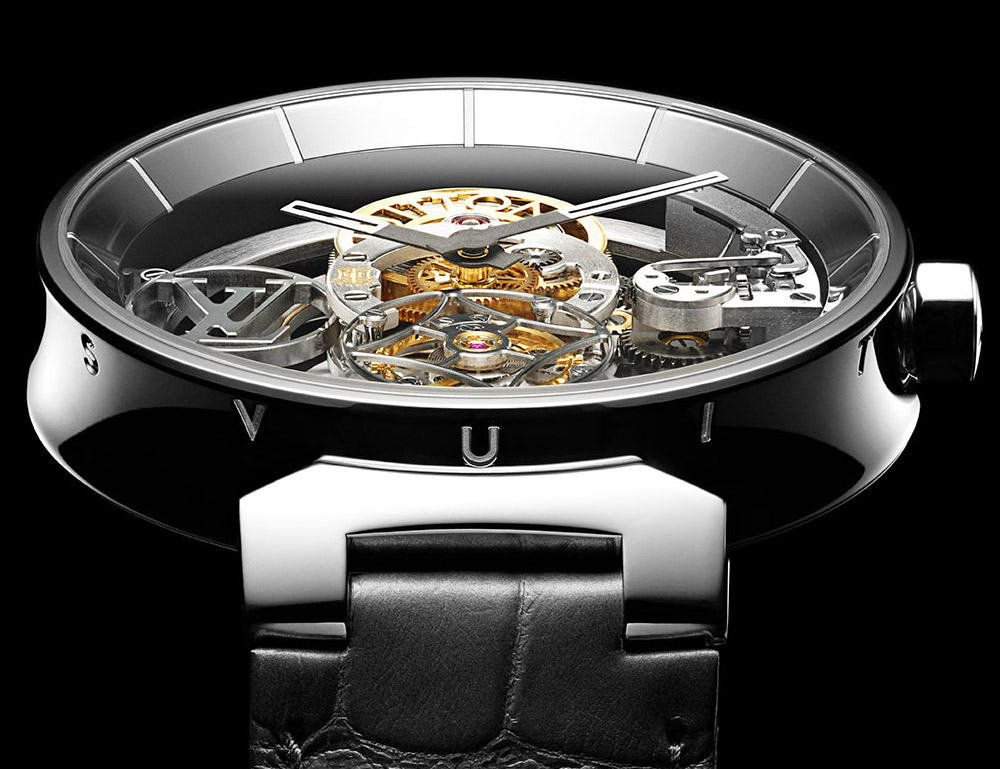 Tambour is French for “drum” and was the name Louis Vuitton selected because of the drum-like shape of the case when the brand introduced its first watch collection in 2002. The Tambour case has always looked distinct with the sides sloping inward towards the top of the case, lending it an almost conical shape that appears to sit high on the wrist.

Now, the new Tambour Moon case features concave sides and a quick-release system for changing straps. The “Moon” part of the name, I suppose, refers to this new inward curve of the case because of its “crescent” shape – there is no moon phase indication on this or any of the new Louis Vuitton Tambour Moon watches. The case of the Louis Vuitton Tambour Moon Flying Tourbillon “Poinçon de Genève” watch is platinum and sized 42.5mm by a surprisingly thin 9.65mm, with 50m of water-resistance. 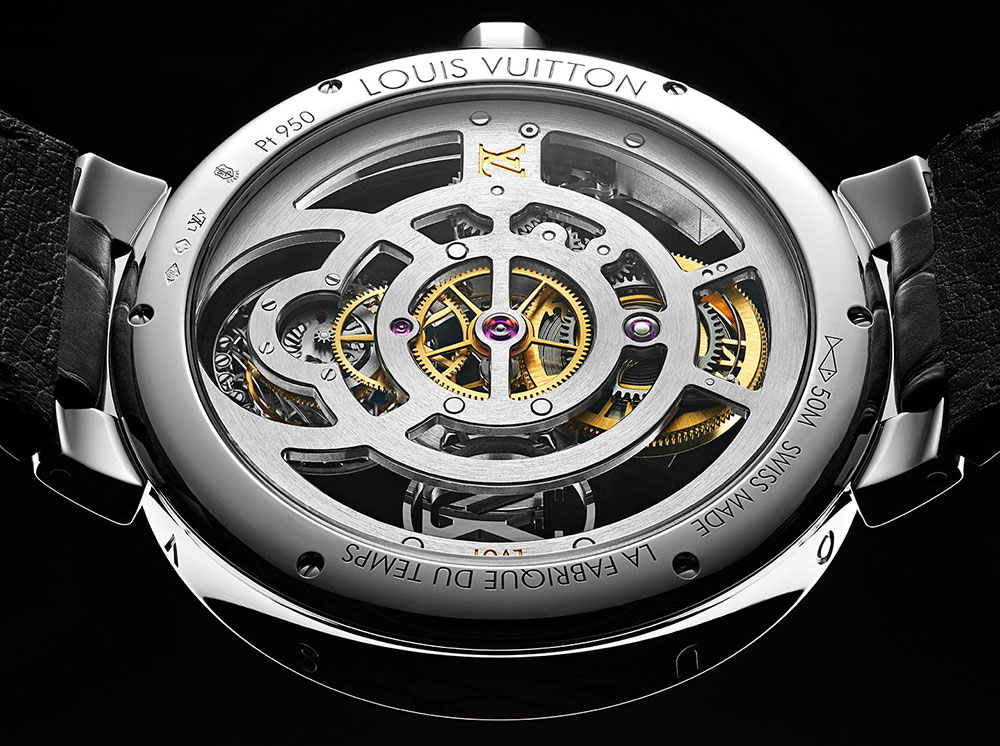 The hand-wound LV97 movement is designed and manufactured by La Fabrique du Temps, an outfit run by watchmakers previously involved with Laurent Ferrier and Patek Philippe. Since 2012, La Fabrique du Temps has also been a wholly owned subsidiary of Louis Vuitton, an acquisition made in efforts to step up its horological presence. The LV97 operates at 3Hz, provides an 80-hour power reserve from a single barrel, and consists of 180 components. On the central bridge is stamped the prestigous Geneva Seal (or Poinçon de Genève) – and you can learn about everything that the Geneva Seal signifies here. 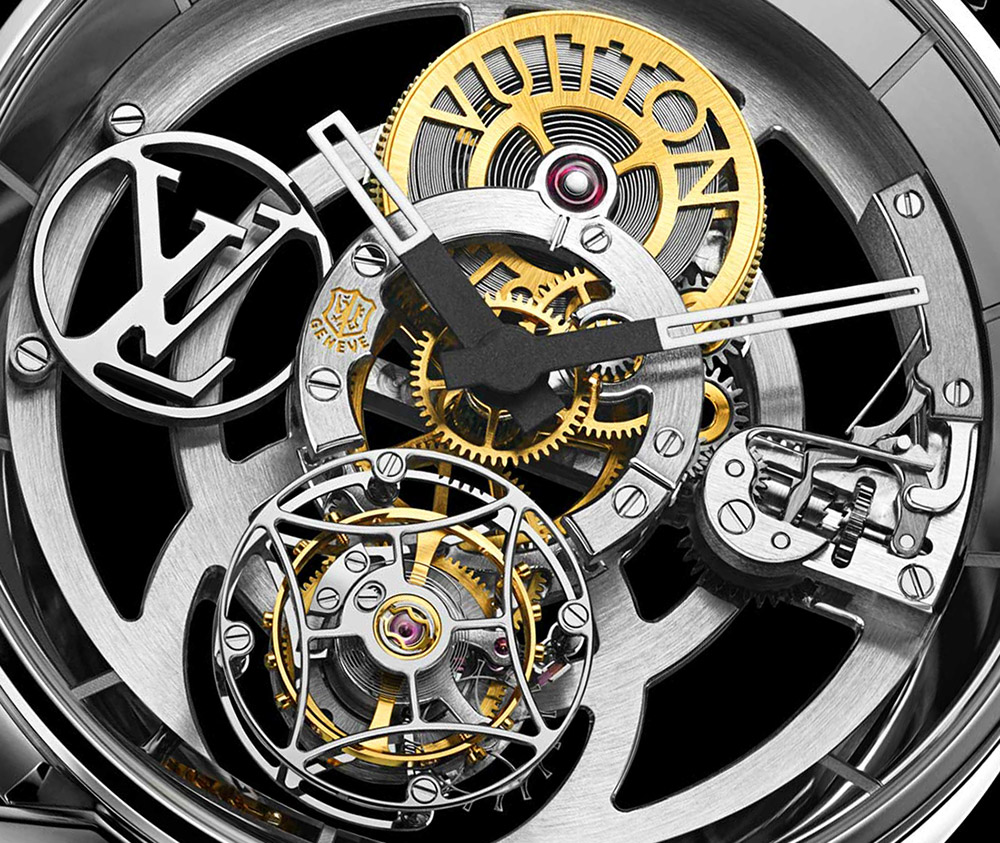 The movement is skeletonized mercilessly, with even the mainspring visible through the openworked barrel at 12 o’clock. In terms of design, Louis Vuitton has skeletonized the bridges and plates in concentric and overlapping circles, complementing the circular case with its curved sides as well as core elements of the movement like the tourbillon and barrel. I find this successfully lends the watch visual interest and balance, the latter of which can be harder to achieve in skeletonized watches.

Louis Vuitton’s approach to branding is known for, shall we say, “confidence” if not understatement, as the brand name and logo feature prominently in many of its best-known designs. When I first saw the Louis Vuitton Tambour Moon Flying Tourbillon watch, I lamented the fact that they decided to place their logo in such a manner at 9 o’clock. After all, the brand name is also at 12 o’clock on the barrel and encircling the case. 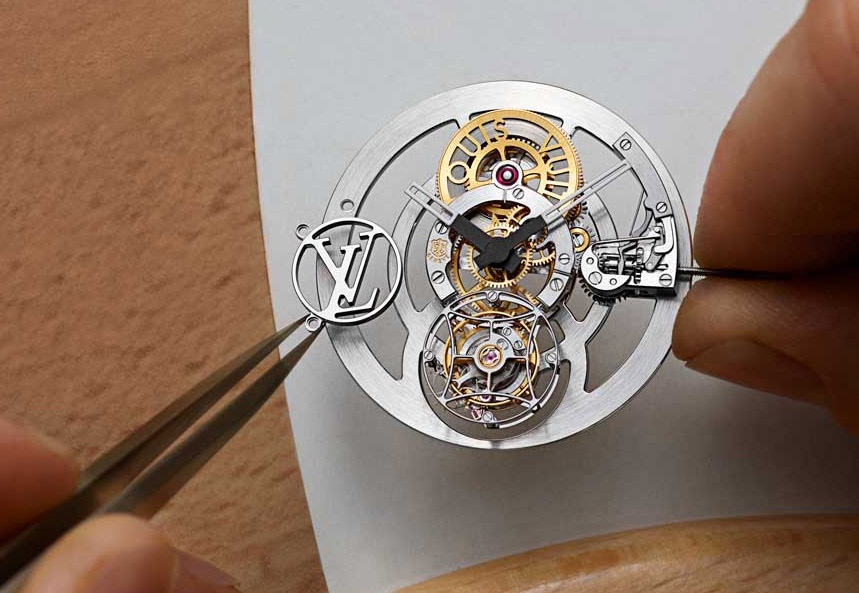 But, it seems, the LV shown here is just for demonstration purposes, and customers will have the opportunity to personalize this component in any way they choose. Customization options such as this is something Louis Vuitton has done for other high-end watches – and other products, for that matter, such as their famous luggage.

Back to the movement, the designers again have injected some branding with the Louis Vuitton signature “Monogram Flower” referenced in the shape of the tourbillon cage – as other Louis Vuitton tourbillon watches have done with different interpretations of it. This might seem relatively subtle, but it will certainly not be lost on Louis Vuitton fans who buy such a watch. The tourbillon – which Louis Vuitton calls “the ultimate complication” – is of the flying variety, meaning it is supported only from underneath and not obstructed from view by bridges on top. It makes a full rotation in 60 seconds, so it could also be seen as a seconds indicator.