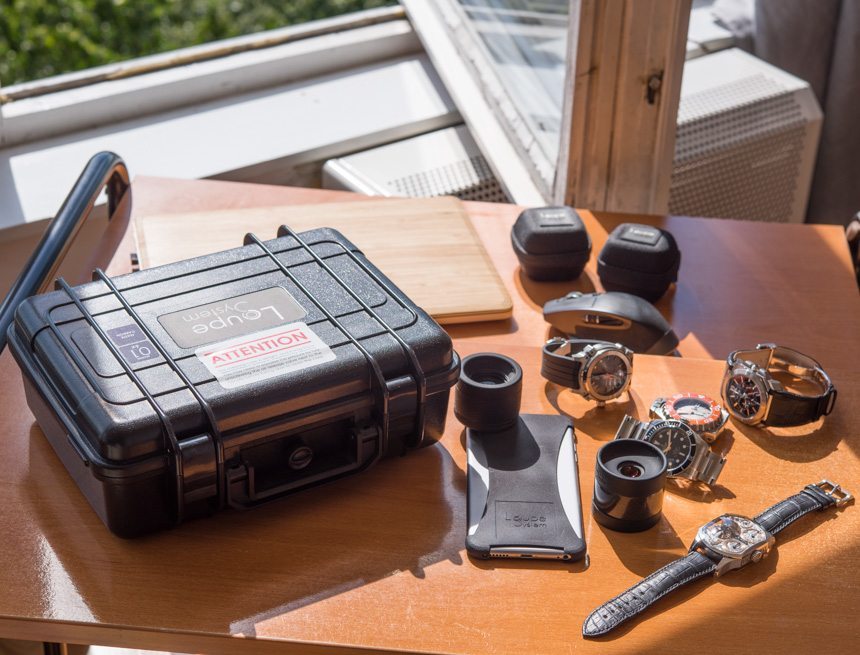 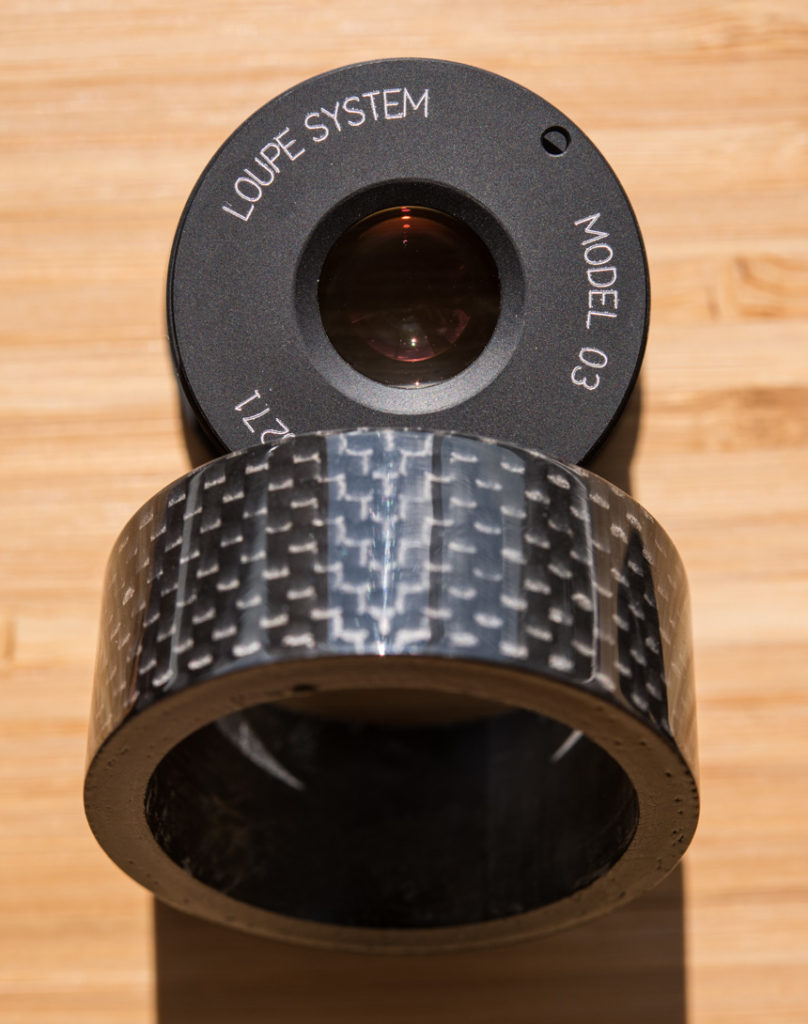 For the serious watch enthusiast, a good loupe should be as essential an accessory as a selection of high-quality straps or basic tools. Why? Because a proper loupe opens up a new world of watch appreciation that would otherwise be difficult to capture without expensive camera gear and a rather high level of expertise in photography. The Loupe System was designed from the ground up to blow its competition right out of the water – ahem, claiming to be “The best hand-held loupe you have ever looked through!” – and, more importantly, it was from the get-go engineered to be used specifically to inspect and photograph watches. Today, we take a look at how the Loupe System fairs as a loupe and how well it performs as a camera lens when mounted onto an iPhone 6S Plus. //Nerd alert!// 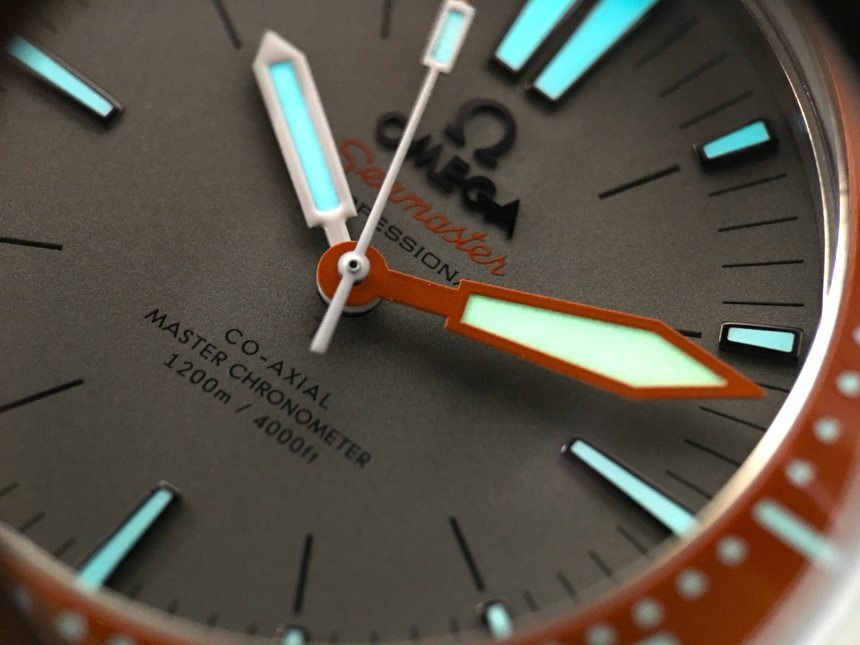 Allow me to set off on a personal note by saying: I have never liked using loupes. The utter majority of them are a pain in the neck (literally!) to use; it takes way too long to get in focus what I actually want to see; and once I achieve that miracle, the loupes more often than not reward me with a distorted and heavily magnified, but not very informative view of whatever I was trying to look at. This is probably why I have a bunch of branded loupes laying around somewhere on the shelves, gathering dust: most of them are useless! 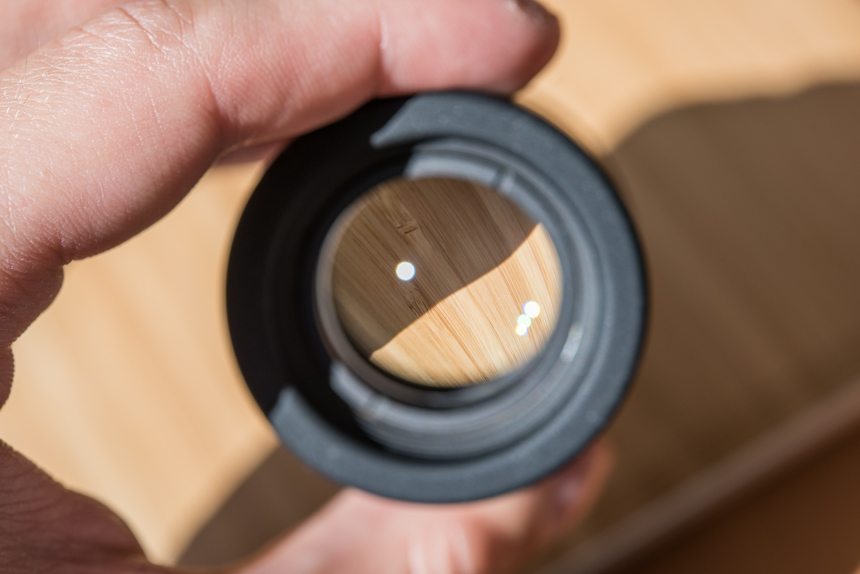 What Makes A Good Loupe?

What you ideally want from a loupe is all of the following: a magnified, but not distorted image; a lot of light (which, if you are familiar with lens design, you will know is not that easy to achieve); accurate colors with minimal aberration; and last but not least, a wide viewing angle that allows you to see more of what you are looking at and hence get a more three-dimensional understanding of its structure. The main issue with cheap loupes lies in their primitive construction: they comprise just one single lens which, on its own, is not nearly enough to tackle all those issues linked to distortions, color aberrations, sharpness, and depth of field.

There are more complex and better-designed loupes out there, referred to as doublets and triplets, for the use of two or three lenses, with the additional ones serving to cancel out those aforementioned, undesired distortions… And yet, many of these are still not entirely free of noticeable compromises. 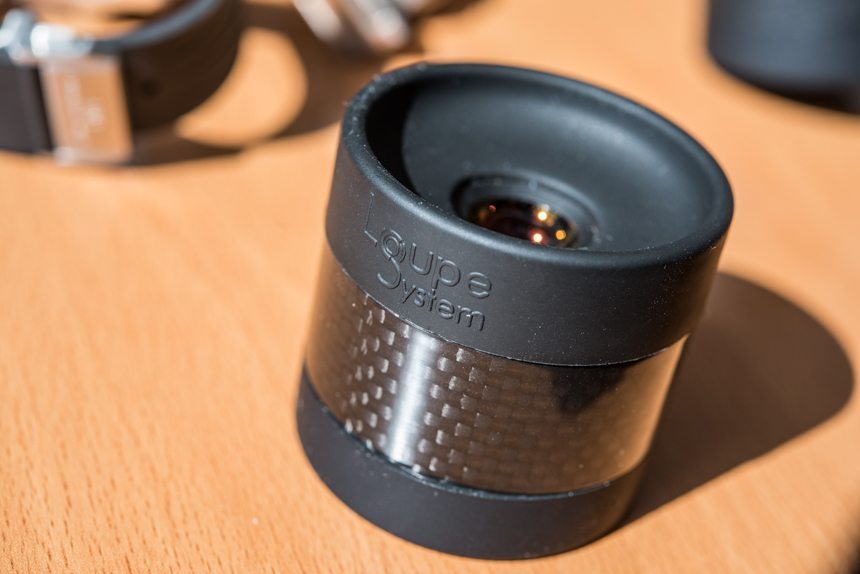 Loupe System – surprise, surprise – set out to overcome all of these issues. The Hong Kong-based company was established by a watch collector who, after searching for the perfect loupe to no avail, decided to create a new company that would design and make a loupe ideal for scrutinizing the finer details of timepieces.

Ultimately, the Loupe System’s lens construction ended up being based on a 1980s camera lens design that contains five elements (or lenses) split into three groups. Technically, the Loupe System is a standard loupe with two doublets mounted above and below it, which are specifically designed to correct the image enlarged by the central element. Once modified for the first Loupe System model, that optical system provided a clear 40mm-wide viewing field with 6x magnification, free from most chromatic aberration and image distortion. 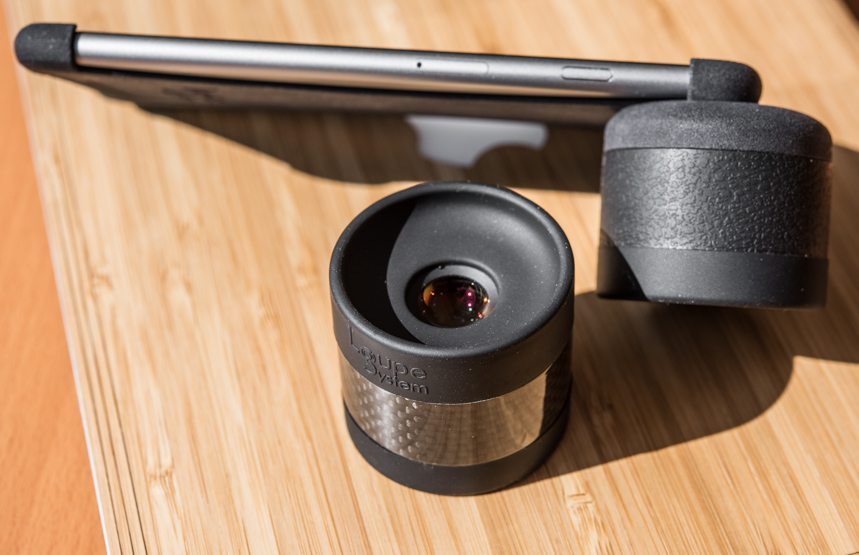 Today, the Loupe System is made available with three different levels of magnification – 3x, 6x, and 10x – with different external decorations, ranging from silicone rubber (priced at $525 for any one of the three magnifications) through carbon fiber ($625 each) to alligator leather-wrapped pieces ($800 each). The ones we will be taking a closer look at in this review are the 3x and 10x, with silicon rubber wrapping on the former and a carbon fiber band around the latter. 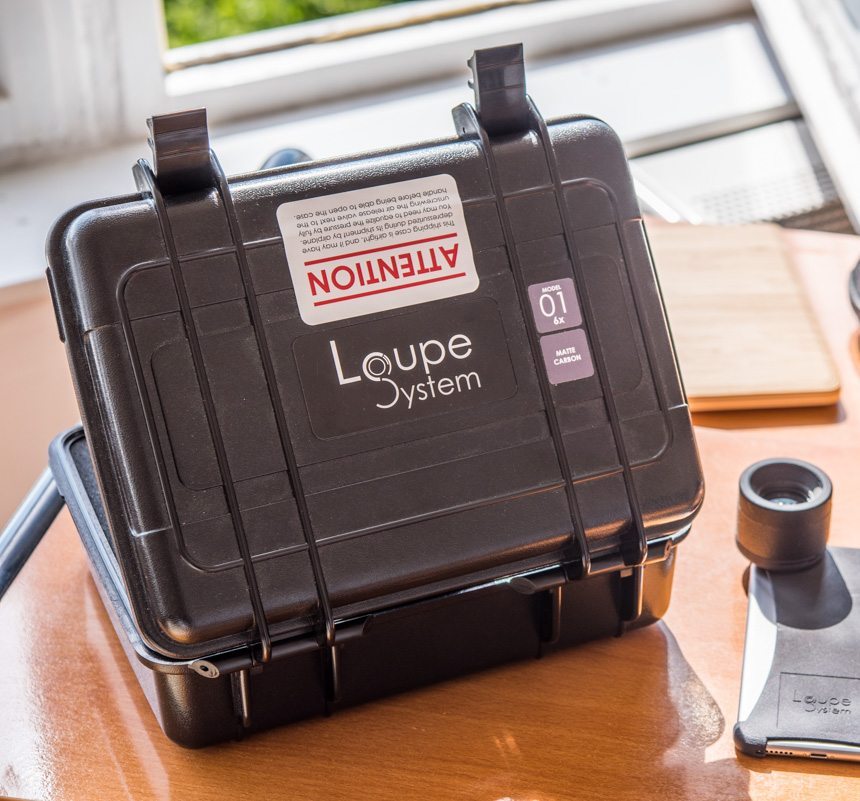 Regardless which one you buy, Loupe System loupes are always shipped in a waterproof ABS case that you can actually transform into a four-watch, dust-proof, waterproof, and crush-proof watch transport case using the second inner foam set that’s included. A nice, thoughtful idea. The loupe is placed in a high-quality hardshell zip case, made and sized perfectly for peace of mind when you are carrying it around, keeping the loupe safe from knocks and perhaps even from a bit of water and humidity. A microfiber cloth and a carrying pouch complete the package. 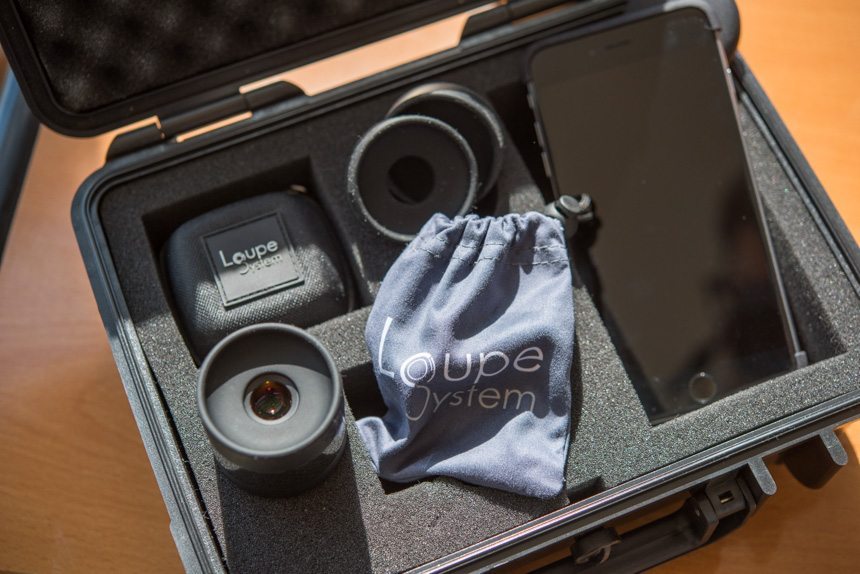 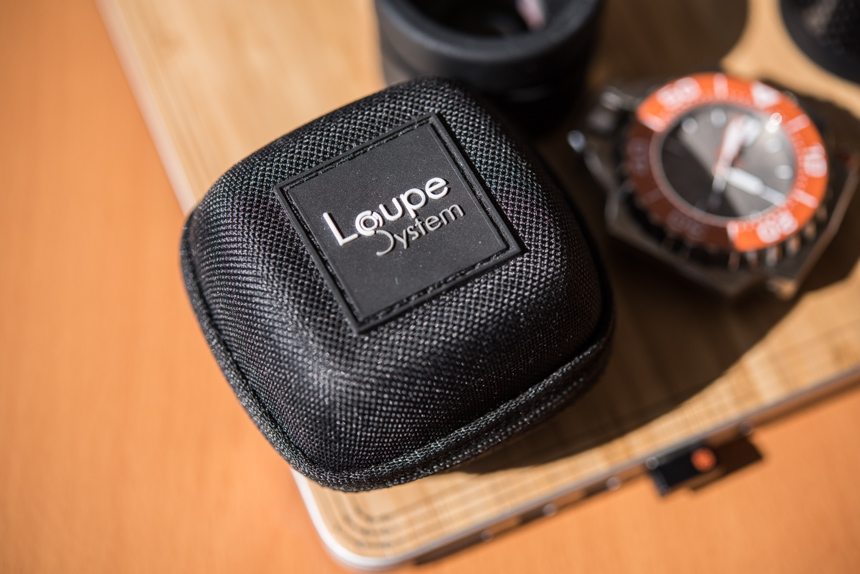 Every external part of the loupe feels high quality, in line with what you would expect after paying over $500 for the most affordable of the three versions. The silicone rubber feels soft but very durable, and not at all like the horrendous cheap material that you can often find elsewhere. One gripe I have with this black rubber is that it also works brilliantly as a lint-magnet. It is impossible to keep it clean: a brief contact with a shirt or any other surface with any lint on it, and it all ends up sticking to this black silicone surface. Fit and finish is good all over. 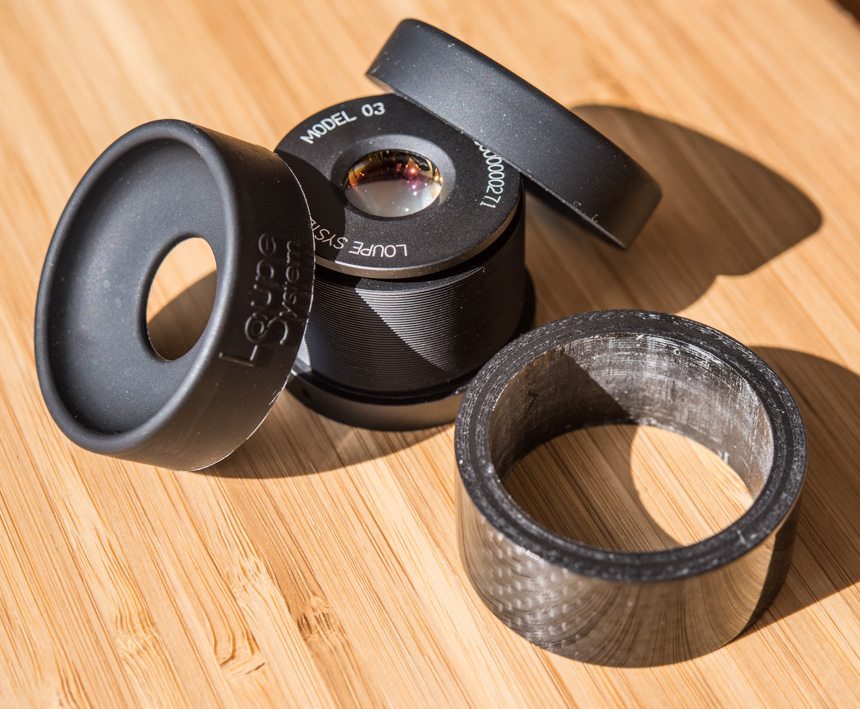 At the end of the loupe’s central element is a recessed edge that allows for the removal and replacing of the rubber frame closer to the user. The loupes come with two different types of rubber pieces with different thickness so as to adjust the distance of your eyes to the lens, ultimately resulting in a different field of view.

The standard one, which gives a 40mm-wide viewing field for the Model 01 with the 6x magnification, places the eye at the optimal distance to take advantage of the best optical performance the loupe can offer. The alternative, thinner top rubber element places the eye closer to the loupe, thus providing a wider, 50mm viewing field. 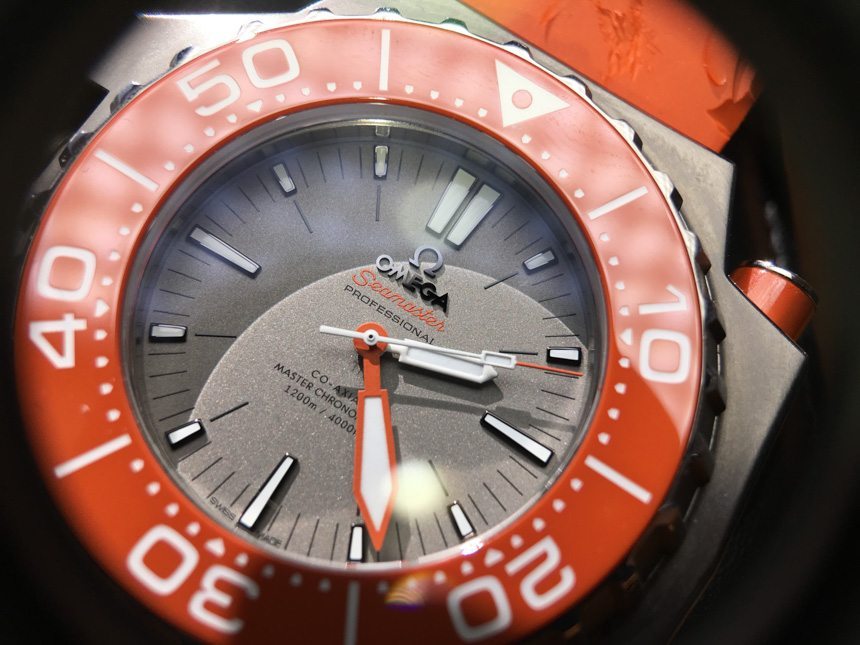 The least amount of distortion, unsurprisingly, is delivered by the 3x magnification piece, so let’s talk about this model first. It is convenient to use for its low distortion and it really is a fantastic piece for taking a closer look without getting lost in details too much. This 3x magnification shows the subject in a way you wish you could see when simply lifting something close to your eyes. Nice and easy, with great viewing angles and vast sharp areas, allowing you to have an overview that is rich in detail and lacking in distortions. Great viewing angles become an issue when using it on the phone mount, but more on that a bit later. 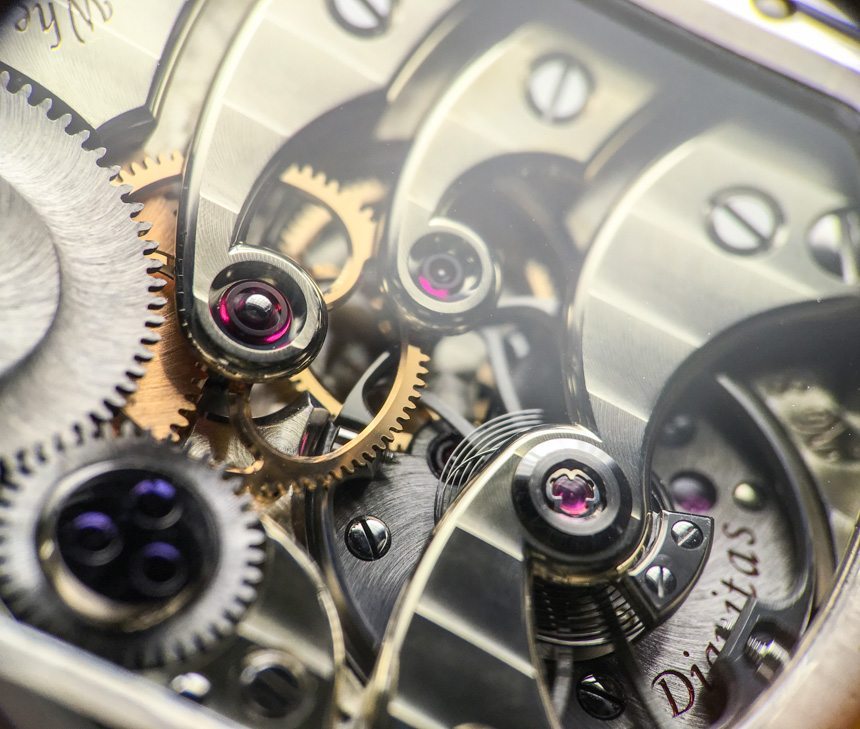 At the other end of the spectrum is the 10x magnification model – here, wrapped in carbon fiber. It is ever so slightly but noticeably heavier than the 3x version, for it has to contain more glass to get to this increased magnification. It allows you to get much closer and scrutinize much finer details, thanks to its greater magnification. It is not per se sharper than the 3x version, but the amount of detail you can see truly is an eye-opening experience (pun intended). 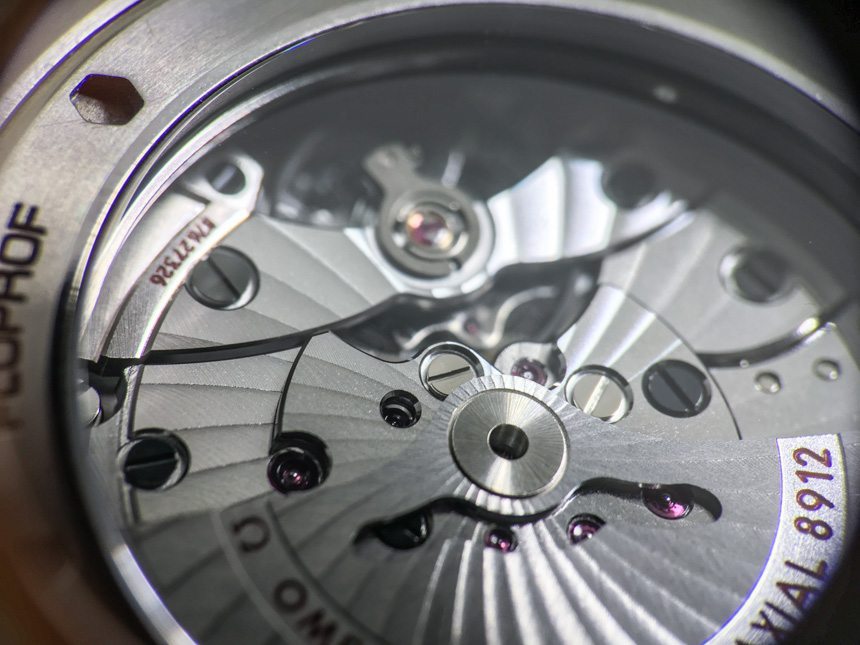 Notice the considerable chromatic aberrations in the upper left and lower right corners of the 10x. Impressively rich in details in the center.

One compromise that comes with this greater magnification is a higher level of chromatic aberration. Chromatic aberration, in essence, is color fringing that you can best see on the edges of bright, contrasting areas, but it is also something that can affect fine detail. Distortion is also considerably more noticeable than on the 3x piece. With all this noted, this high magnification loupe is still incredible for closeups and, just as importantly, the most user-friendly of its kind that I have ever used. It makes “diving into” the movements and dials and even cases great fun, as it allows you to discover minuscule, never-before-seen details in each and every watch. 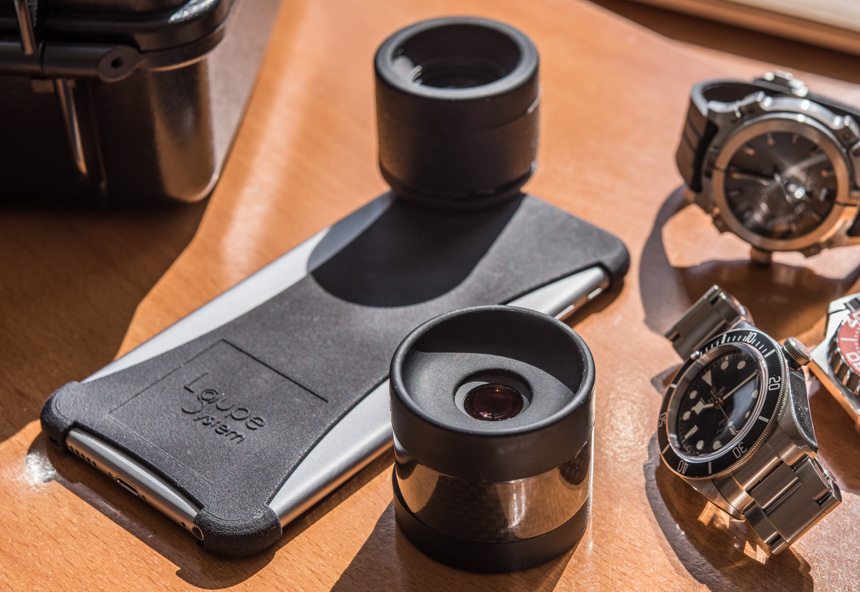 A superb additional feature to the Loupe System is that you can purchase mounts made to perfectly fit the iPhone 4/4S, 5/5S, 6/6S, and Plus models – a universal version for Android phones is promised but appears to not be available yet. The mounts are not cheap, with prices ranging between $80 to $90 – with the black iPhone 5S case standing out at an bewildering $150, while the white version goes for $80. 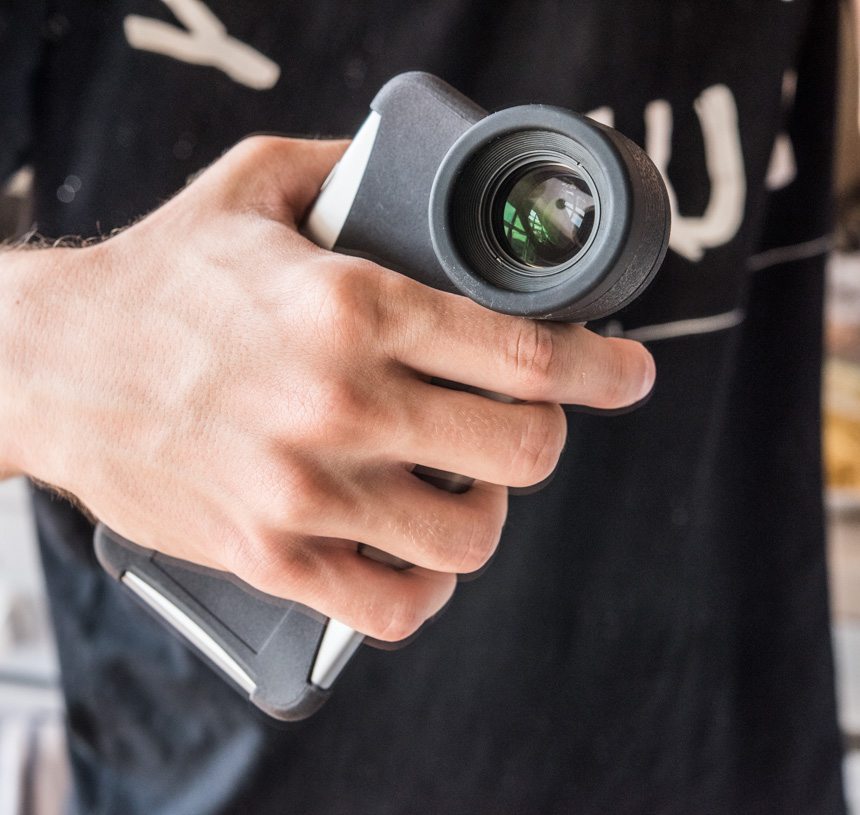 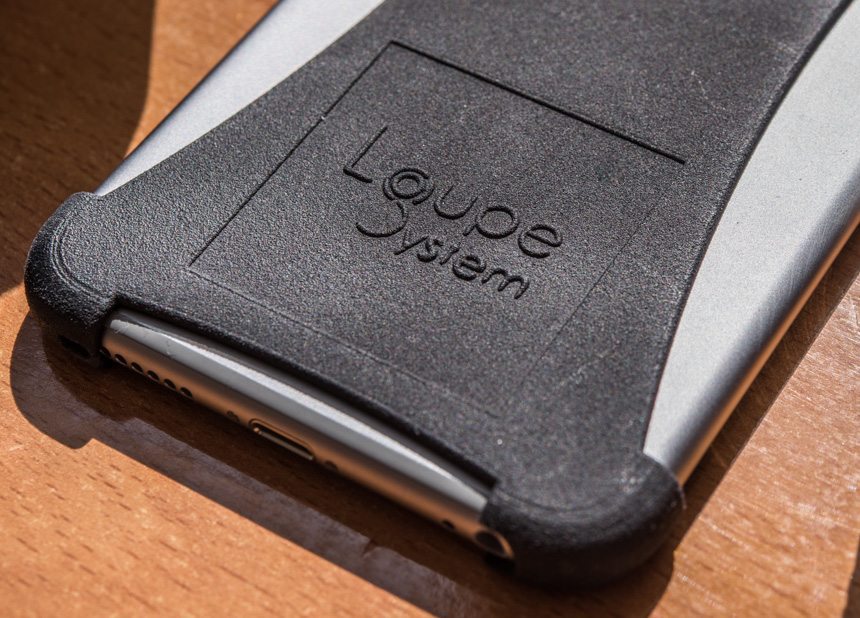 On the topic of the mounts, I will say that while the fit on the tested iPhone 6S Plus is excellent and allows for an extremely accurate fitting of the loupe to the camera, it is also made from an unusually hard plastic with minimal flexibility anywhere around the edges. This rigid construction makes getting the mount on or off the iPhone difficult until you get the hang of which side and corner to put on first and last. Also, its uneven and hard surface has made me feel concerned about scratching the sides of the phone. In essence, the mount works well, but its material could use some more refinement, especially with the hefty additional price tag in mind. 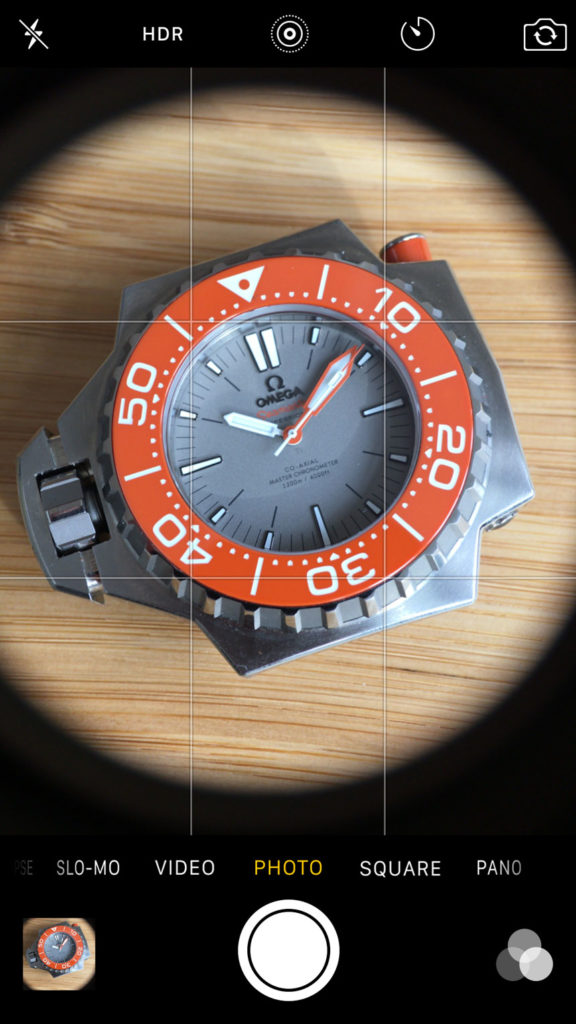 Once the mount is on the phone, all you need to do is remove the rubber top piece from the loupe and slide it onto the mount, so that the loupe now functions as a camera lens for the phone. Start up the stock camera application (or any other, for that matter) and, when using the 3x magnification loupe, you are greeted with the sight above. As you can see on this screenshot, there is massive vignetting on the edges of the frame, forcing you to crop into the center of the image to get rid of it.