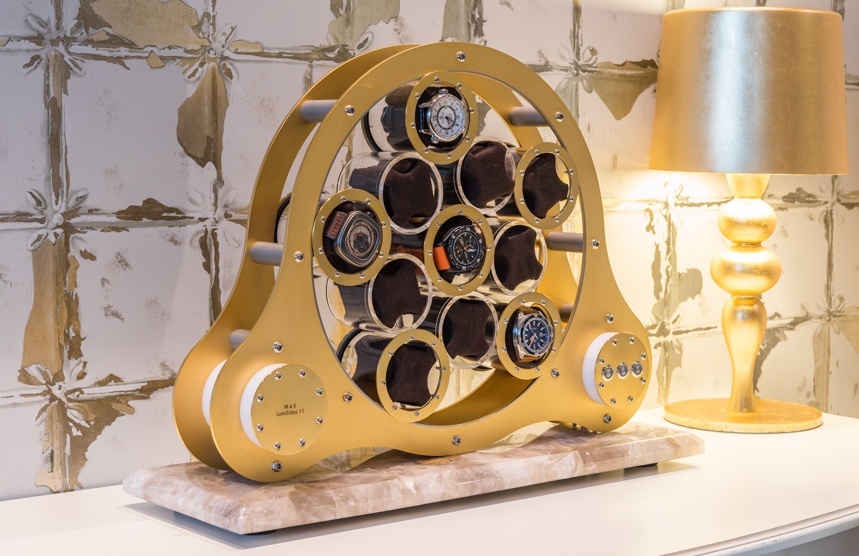 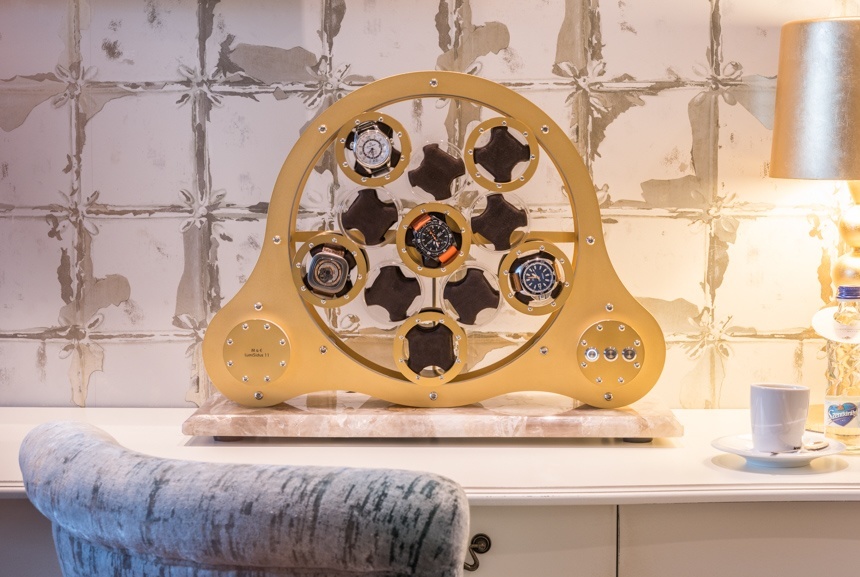 If we take a step back and think about the number of ultra-high-end, highly complicated watches released over the last couple of years, and add to that number the amount of money collectors around the world have shelled out for them, it might come as shocking that the variety of matching luxurious watch winders is, in fact, extremely limited. That is not to say, though, that there would not be demand for cool displays: most presently available winders are either boxy and rather uninspiring in their design, or are massive vault-like items that hide the watches under thick metal doors or unbreakable reflective glass. Showcasing watches in a very interesting new way – while actually treating them with the care they demand – is where the LumiSidus 11 watch winder comes into the picture. 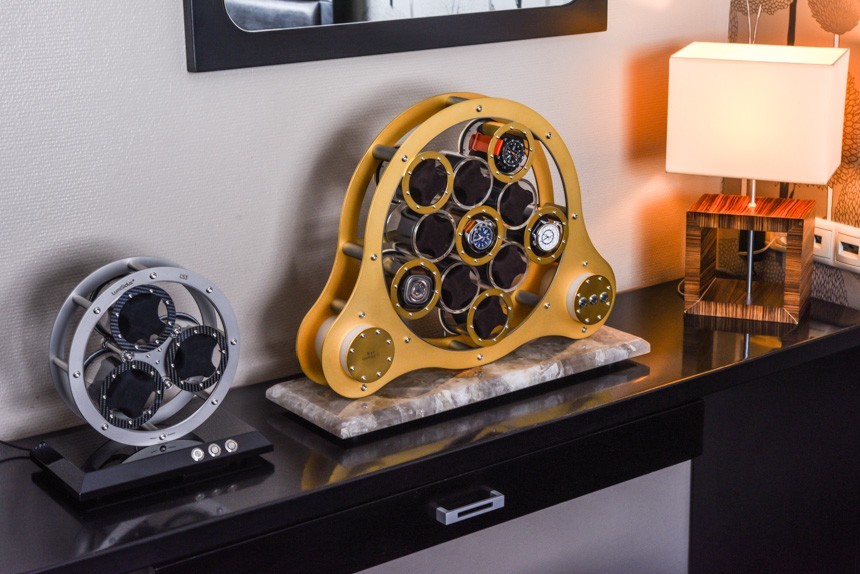 While high-end watches appear destined to be hidden away inside vaults and safes, only to be on display once in a while, I can totally imagine fancy offices, living rooms, and bedrooms where their owner would love to see his/her favorite watches displayed in a way that matches the extravagance of the timepieces on show. The LumiSidus 11 is a winder of – you guessed it – eleven watches, is made in Germany, is coated with 24k gold, and has a few neat details that make it truly interesting. Rather unsurprisingly, it is also ridonkulously expensive, but more on that later. 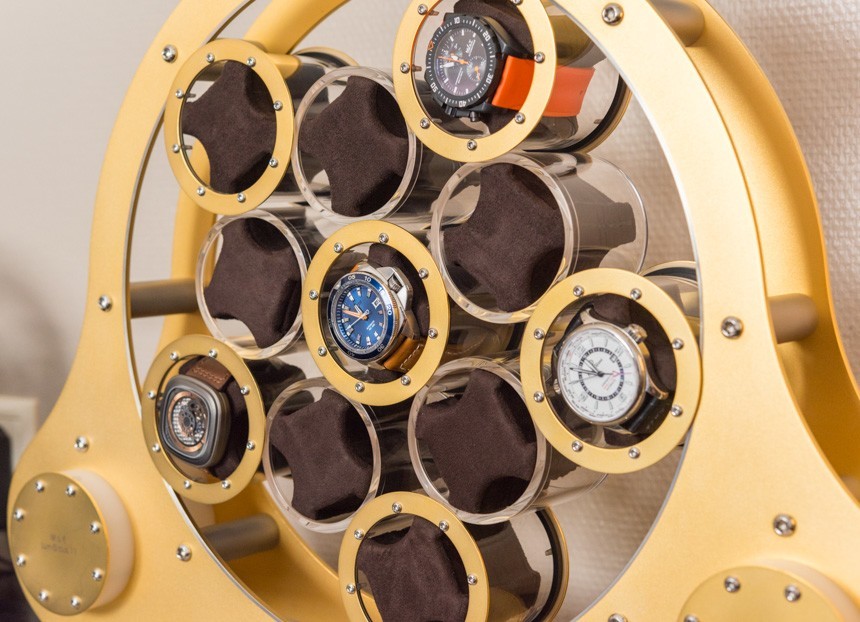 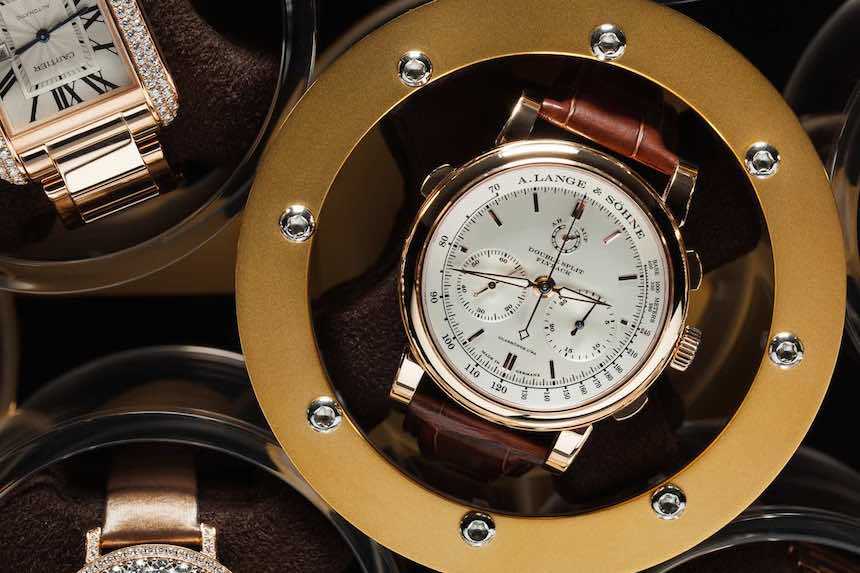 The brand name LumiSidus is a combination of the Latin words for light (lux, lumen) and orbiting celestial body (sidus). First, the orbiting part: the watches are housed inside 11 tubular compartments, each of which are open on both ends, making it easy to move them in and out, and also to appreciate as they are spinning away slowly. The foam parts compress slightly to accommodate watches of virtually any size – up to around 60mm, you should be good – but fit so snugly, there’s absolutely no chance for them to move outwards one bit. 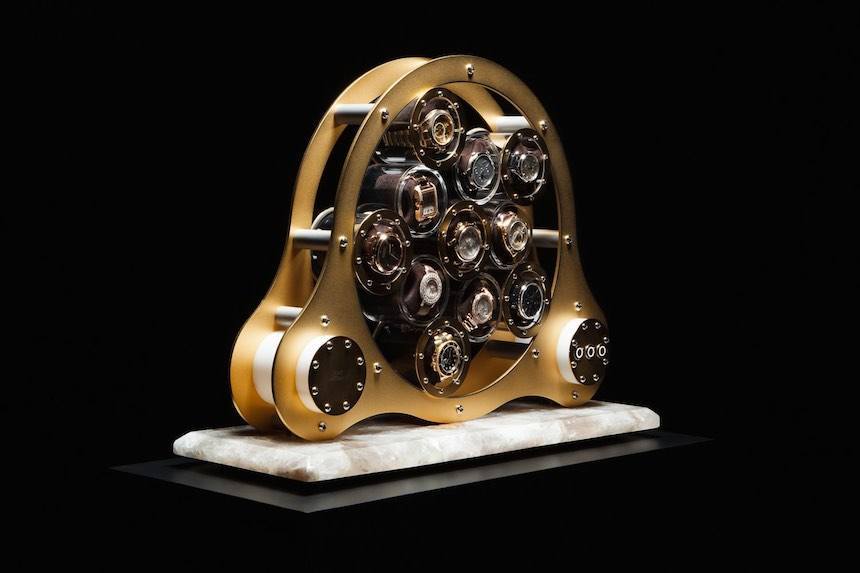 The really clever bit about the design of the winder is something that cannot really be told just by looking at the images: for the 11 compartments, there is only one engine, which is driving the tube in the very center. The engine is completely silent; there really is absolutely no sound coming from it – which, considering the competition, is impressive, but considering the price, should be the bare minimum. 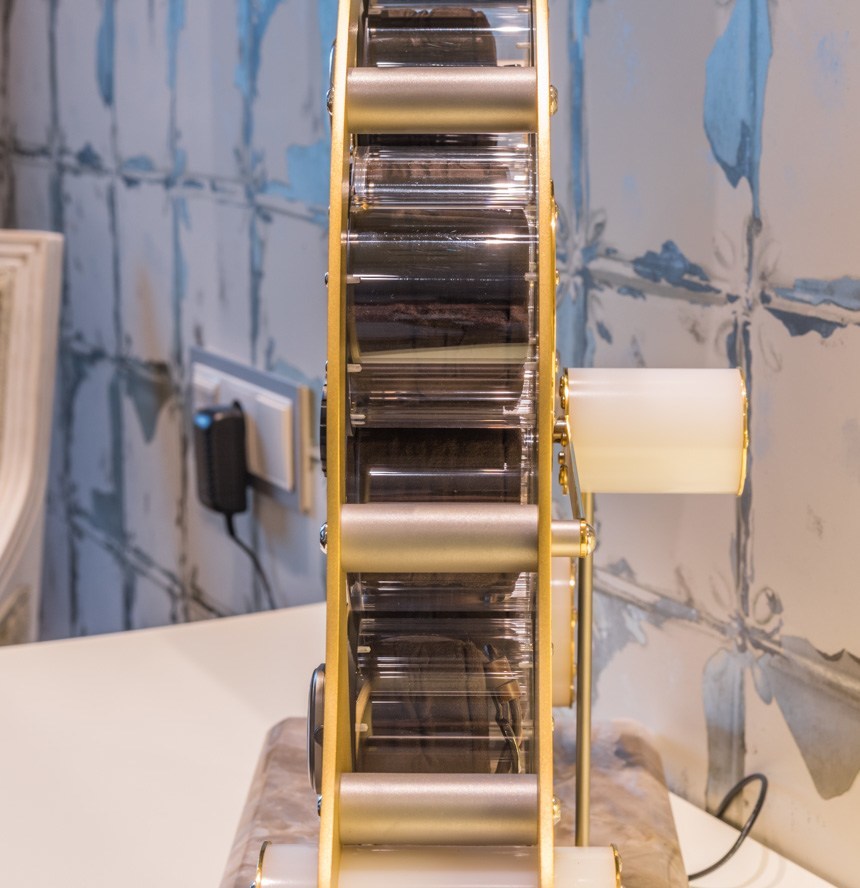 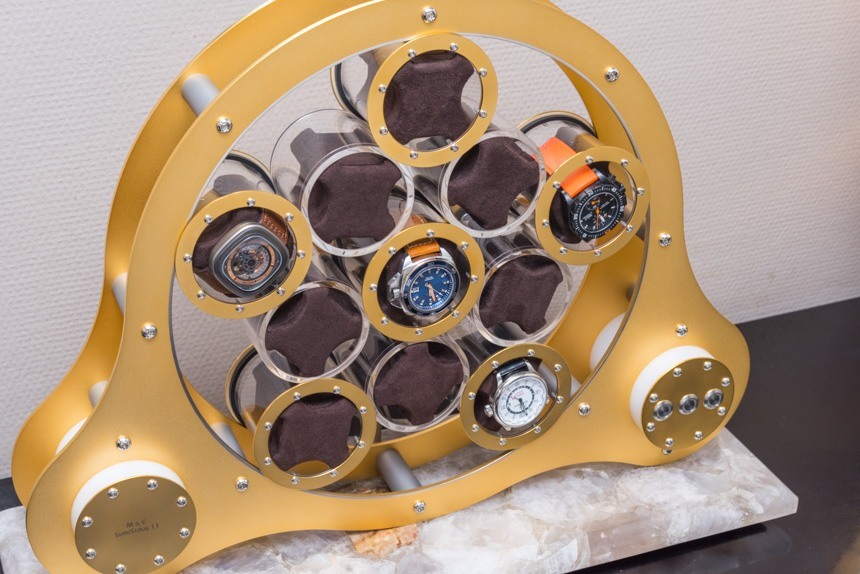 The tubes are friction-fit inside the frame, and as the main one is driven, the rest rotate together, without any unwanted extra movement or wobbliness. As the brand explains, the design was inspired by a rotating-revolving sculpture at an art exhibition where the mechanical engineer Alexander Merklinger, one half of the duo behind the brand, got the idea to create this single-motor watch winder design. 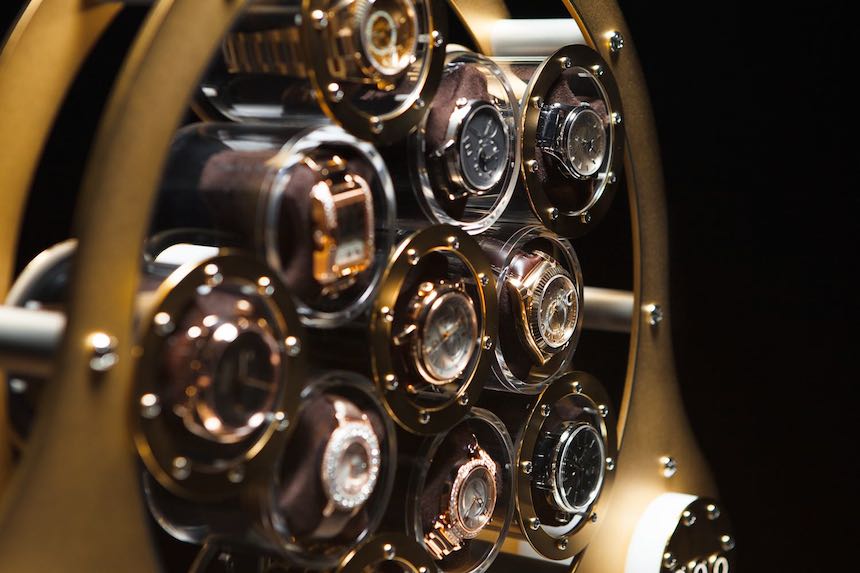 I presume it was not at first obvious even for the designers of the winder what a neat but notable advantage this layout would have. When it comes to just about any other winder out there, the watches are placed on cushions, and it is these cushions that are then rotated inside a compartment. In the case of the LumiSidus 11, however, each entire tube spins around with the cushions, and hence, the watches are relatively stationary inside. The benefit of this is that once the watches have been slid inside the tubes, they will not rub against the walls of the compartments, thereby keeping the cases and straps safe from scratches – which is sometimes an issue on other designs. 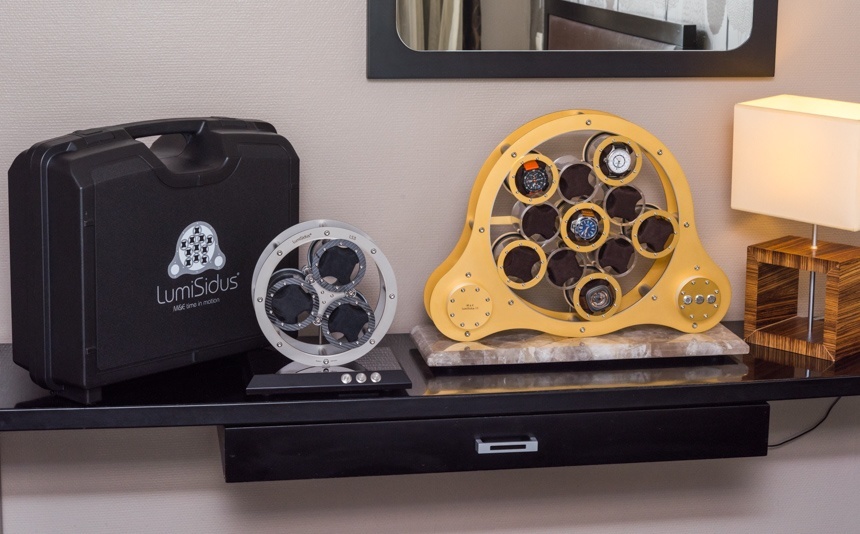 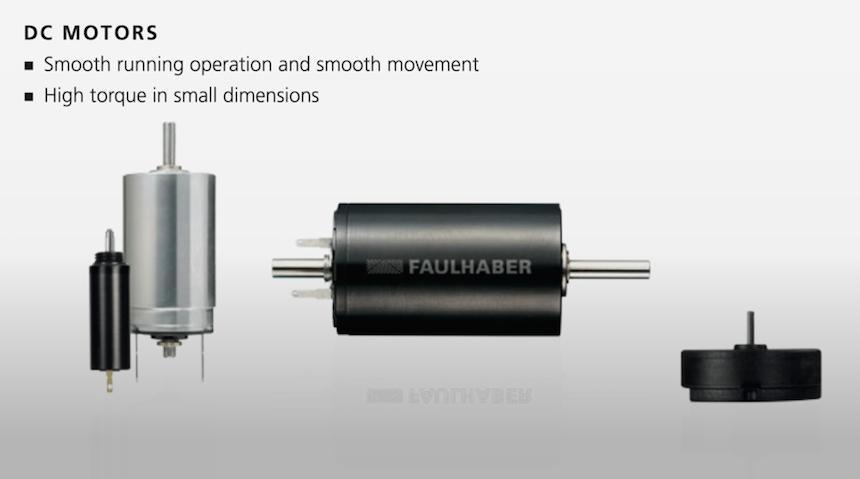 Because of the weight of the eleven watches and the friction between the tubes, the Swiss-made (what else, right?) motor has to have high torque so as to create a smooth, gliding movement. The speed of the rotation thanks to this sophisticated little engine is basically constant; what can be modified, however, is the number of turns made each day. The winder itself only has three buttons on it, in the lower right segment, but these only give access to a limited number of features… To use the Lumisidus 11 to its full potential requires its iOS application.

The LumiSidus 11 with 24k gold plating is one of the coolest watch winders out there: a semi-translucent quartz crystal stand with LEDs installed into it can be used to light the thing up in virtually any color (set via the iPhone app), while the single super silent motor rotates 11 tube-like compartments. Look for the hands-on video at YouTube.com/ablogtowatch now and read the full article tomorrow on aBlogtoWatch.com. #ablogtowatch #watchnerd #watchmaking #watchporn #horology #instawatch #watchwinder #lumisidus #lumisidus11 @lumisidus

It is through the app – and the Bluetooth connection between the Apple device and the winder – that the number of turns per day as well as the “sleeping time” can be adjusted. Leaving the most unusual bit for last, through the app, one can set the color that the quartz crystal stand of the LumiSidus 11 will light up. While the lights can be turned on and off with one of the buttons on the winder itself, through the app, custom colors can be created, and the brightness of the strings of LED lights that are set into grooves cut in the quartz crystal can also be changed. 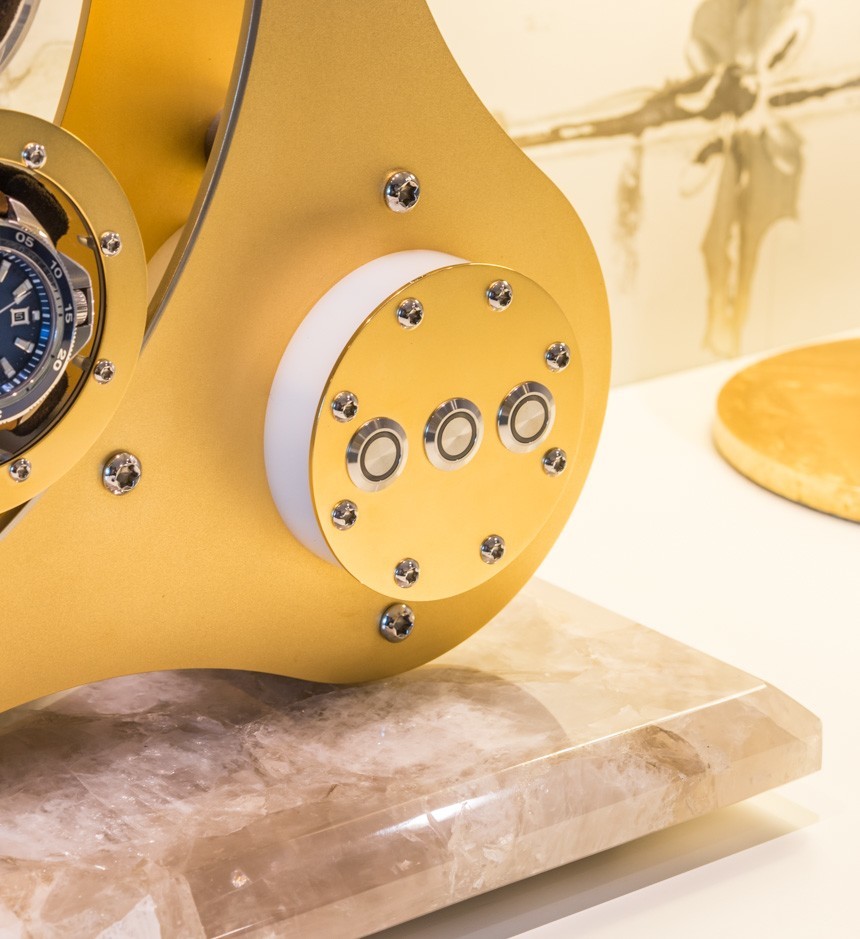 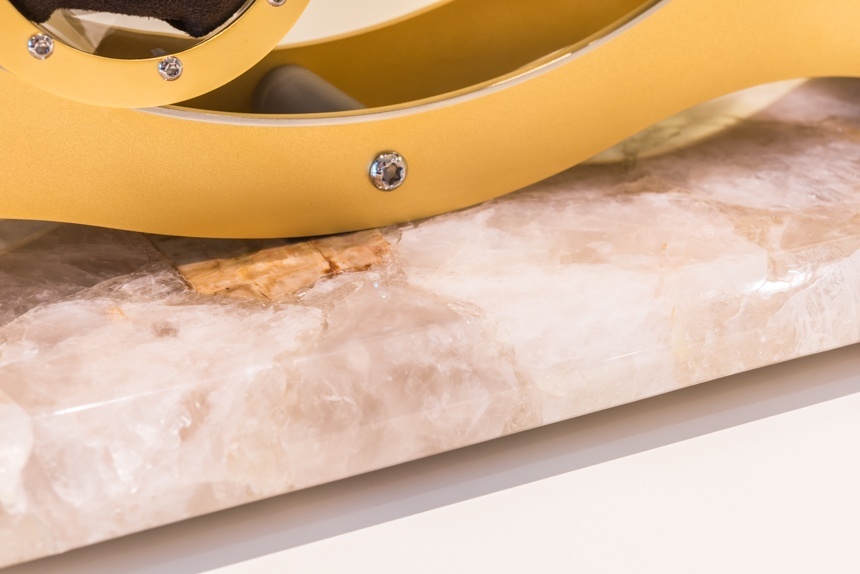 The stand, made of crushed and re-molded quartz crystals is a bit translucent, just enough to let the colored light of the LEDs through. The thinking process clearly must have been that if one picks this winder, he will want it to be in an important location in the room, so why not light it up for an even more impressive – and showy – aesthetic? I would love to think that the LumiSidus 11 is ostentatious, but the clever way the winder itself works and how much I can imagine it to work in a modern, luxurious indoor setting do hold me back from thinking that.

The frame itself is CNC machined steel, with a 24k gold plating applied to it. The size of the whole thing is 44x60x21 centimeters (height x width x depth), or around 17.3×23.6×8.3 inches, which means that it will surely stand out in any room, but is not uselessly enormous or difficult to fit on a shelf or a desk. 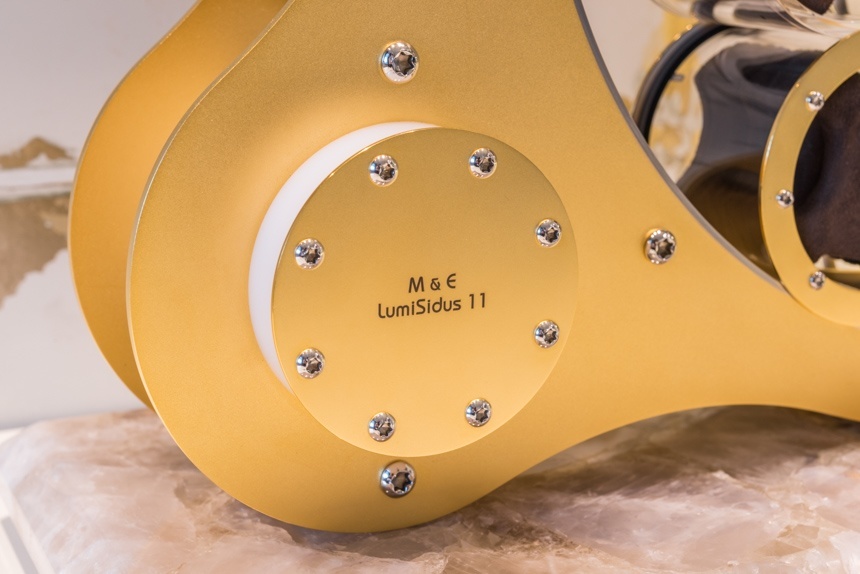 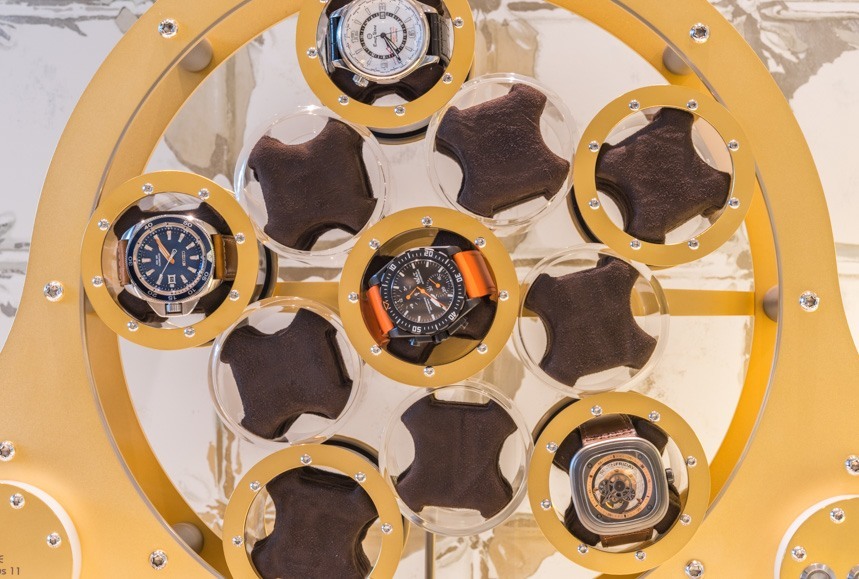 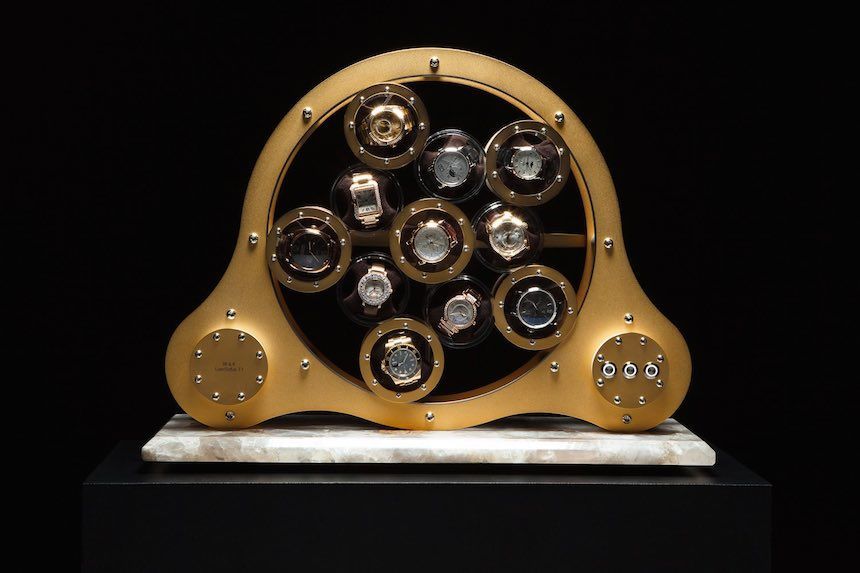 In essence, the LumiSidus 11 is what it says on the box: an eclectic, unusual, high-end watch winder filling a certain niche in the market. Again, it is not at all unrealistic to think that its neat details like the perfectly silent operation, direct showcasing of watches, and the lit-up stand, will make it a preferred option for those collectors looking to show off their watches in an arguably unusual, but nonetheless functional way. Price is a whopping €34,990 or around $38,400 which clearly aims it at the high-end collector group. lumisidus.com