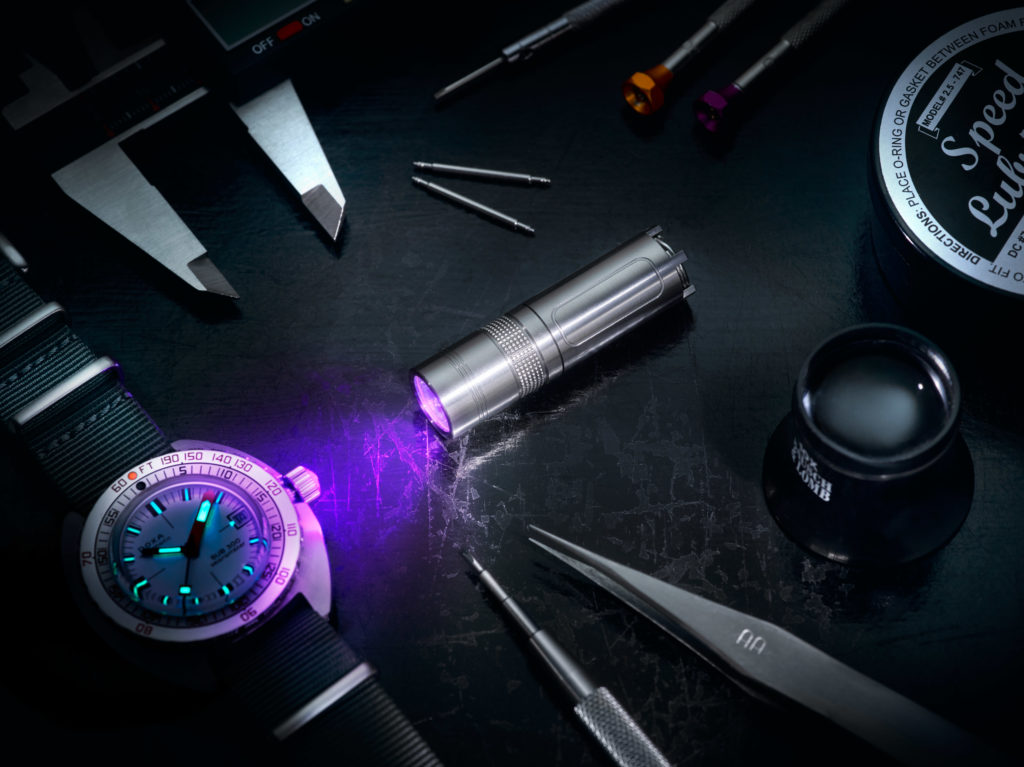 As watch enthusiasts, there are aren’t many auxiliary peripherals to explore outside the obvious stuff like straps, bracelets, and various carrying cases, or screwdrivers and springbar tools for the more DIY-minded. Avid watch photographers might already inhabit a rabbit hole filled with macro lenses, various camera flashes, and high-powered loupes designed for mobile phone photography, but what we’re looking at today is something entirely different: It’s called the Maus UV, and it’s a high-end UV torch designed and built by Muyshondt, who is releasing it in partnership with RedBar Group — an international community of watch enthusiasts. 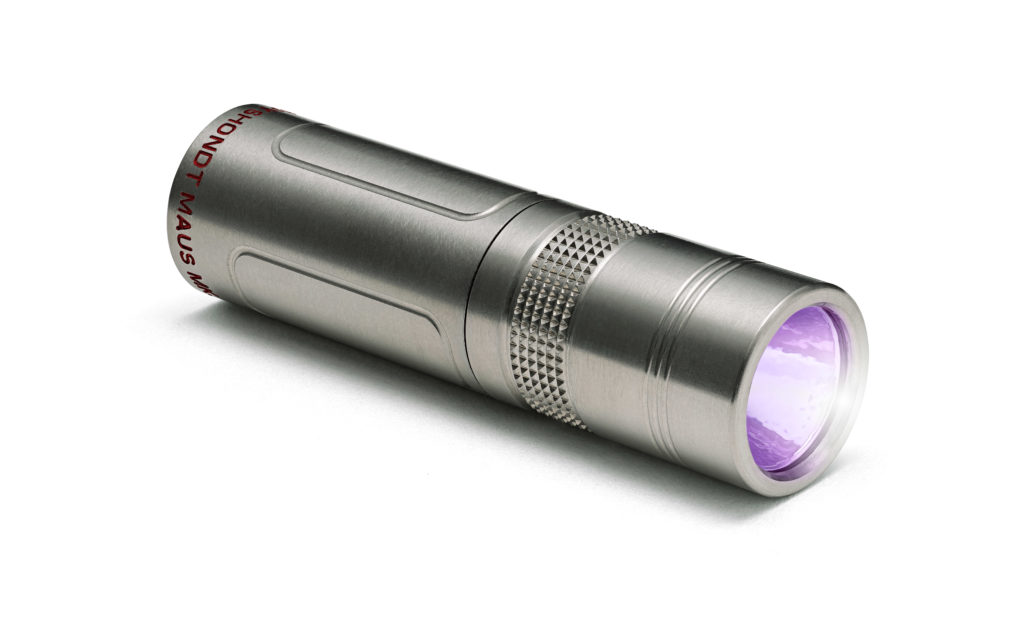 If you know the name Muyshondt, you probably already know what’s coming next — but if you don’t, you’re in for a treat. Priding itself on crafting the most obsessive light tools around, Muyshondt spares no expense in building its torches, sourcing the very best raw materials around, while taking a clinical approach to product design that’s a lot closer to Swiss or German watchmaking than traditional outdoor gear. The Maus UV follows this trajectory, using a machined, fully weather-sealed titanium body that’s fitted with a double-AR coated sapphire crystal lens to provide supreme impact resistance and beam clarity. The torch, itself, is powered by a custom “Light Engine” that Muyshondt has customized in-house to maximize efficiency and increase overall battery runtimes across the torch’s three light intensities. 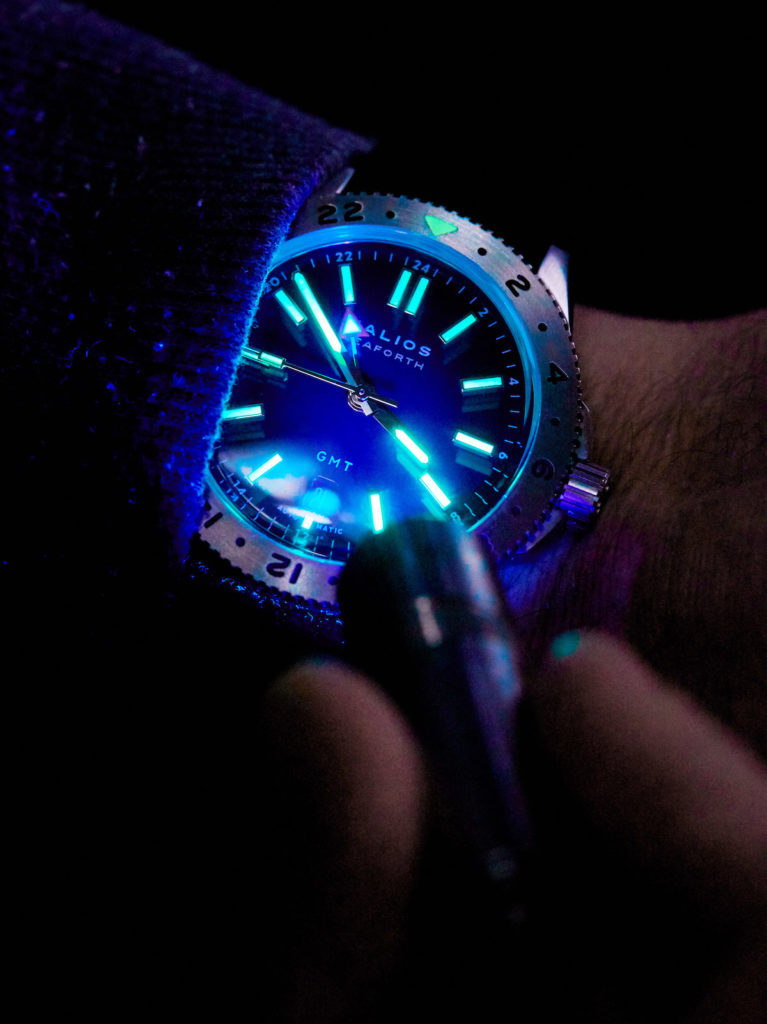 We’ve been lucky enough to play around with a prototype of the Maus UV since SIHH, using it to charge Super-LumiNova (it came in particularly handy shooting the wild Girard Perregaux Bridges Cosmos), making bright, low-light lume shots a breeze after only a few quick swipes across the watch dial with the purple beam. Thankfully, its super-small, ultra-light silhouette easily attaches to a key ring or slips into a camera bag pocket, making it particularly easy to keep at the ready. But photographers aren’t the only types of watch enthusiasts who might keep a UV torch in their everyday carry — vintage watch dealers also rely on them to determine if a watch’s hands or dial have ever been altered from their original form, due to subtle differences in how vintage tritium paint and modern SuperLumi-Nova paints luminesce under ultraviolet light. Of course, the difference between a fully original dial and one that has been re-lumed, re-painted, or edited in any way could amount to tens of thousands of dollars when the time comes to trade or sell a rare piece, making this an extremely vital tool, indeed. 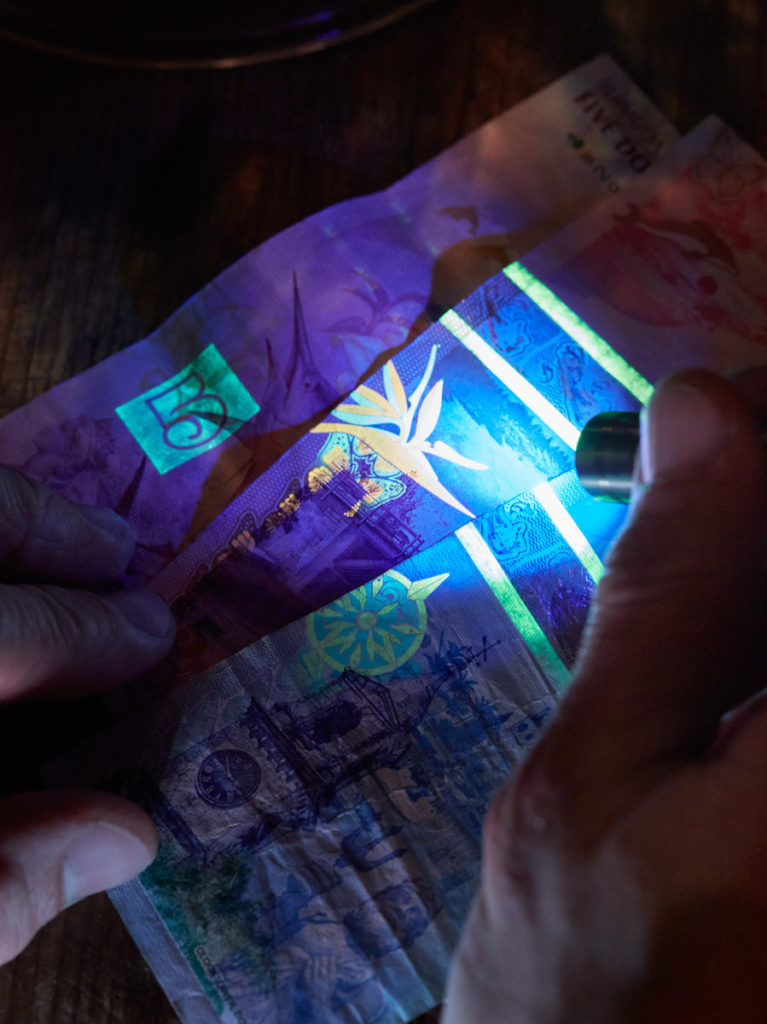 Of course, a UV light also comes in handy for other uses. It can also be used to authenticate certain watermarks on physical currency (perhaps you’ve been held up by an overzealous clerk at the grocery store upon paying with a fresh $100 bill) or used to reveal scorpions and other creepy-crawlies hiding in a prospective desert campsite, as they also happen to luminesce a bright blue color when hit with the UV beam.

The special edition Muyshondt Maus UV Torch ships with a custom Horween Shell Cordovan leather sheath, co-branded with the RedBar Group wordmark. It has a price of $400, and it can be pre-ordered at muyshondt.net.