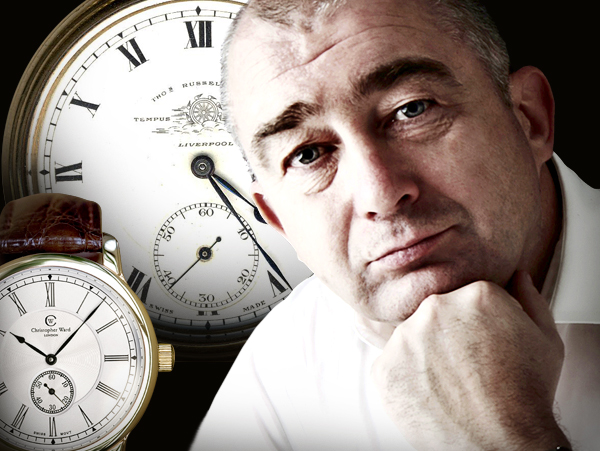 CW: My hometown, Liverpool, is home to one (and only one) of the world’s best soccer teams but it also has a rich history in watchmaking. My first grail watch was a pocket watch by Thomas Russell, based in Liverpool. The company made early keyless watches, including Karrusels and chronometers, mainly in the second half of the 19th century.

ABTW: What did you like so much about the watch?

CW: I love the clarity of its design; it has such deceptively simple, clean lines and expresses the English aesthetic of watchmaking …. and I’m proud to see such a beautiful piece of craftsmanship from my hometown.

CW: Yes, but it’s not about the price. Thomas Russell’s timepieces aren’t expensive but are absolutely wonderful to own and I get huge fulfillment from mine. I don’t think there is necessarily any correlation between the price of a watch and the enjoyment it can bring.

ABTW: Since they’re relatively affordable, did you ever get one?

CW: I eventually bought a broken one… which was hugely satisfying as I fixed and restored it myself. I also designed our C1 Russell watch as a tribute to Thomas Russell, helping to keep a great name alive