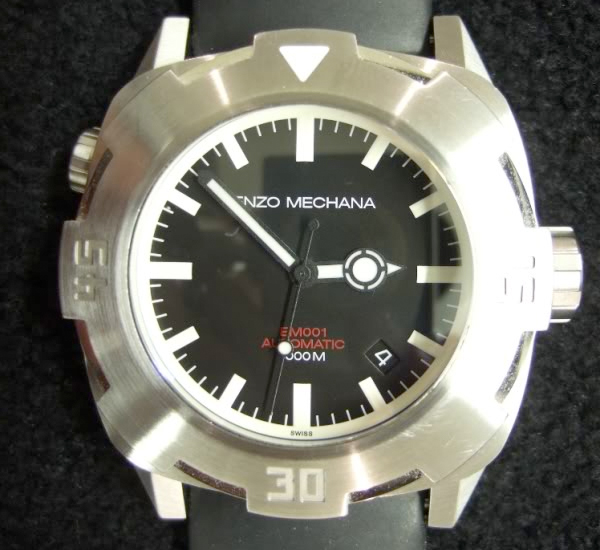 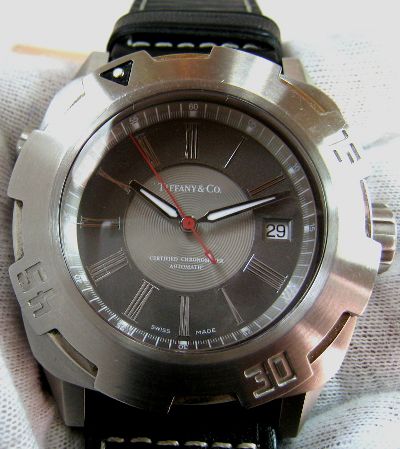 Here is something you don’t see everyday. A rare Tiffany & Co. watch that I just can’t seem to figure out. I learned of this watch as it is being offered on eBay right now with no end date until someone purchases it. The seller claims that it is a Tiffany & Co. watch built by NauticFish, and I am not sure this is correct. It is true that Tiffany & Co. often rebrands or adds its name to other popular watches sold in its store. It used to do this with Rolex, and currently does with a variety of brands including Baume et Mercier. Further, Tiffany & Co. often outsources watch design, just as it did with the popular Streamerica watch (no longer being made) designed by Jorg Hysek.

Therefore, it is plausible that Tiffany & Co. worked with NauticFish or Enzo Mechana, but it is doubtful in this case. NauticFish is a new brand that started in 1998 as an offshoot from Schaumburg watches in Germany. I don’t know of any Tiffany & Co. relationships with German watch makers, but it is possible. Second, the specific NauticFish model that the pictured Tiffany & Co. resembles, came out in the last few years, and the seller of this watch claims that it was released in the 1990s. So that does not add up. It is further possible that NauticFish took design elements from this watch when it was designing its own Pro Diver 1000m watch. Looking at the two, you will no doubt see the striking similarity in bezel design, though the Tiffany uses a common Tiffany & Co. faces now most notable on the Mark T-57 line of watches. 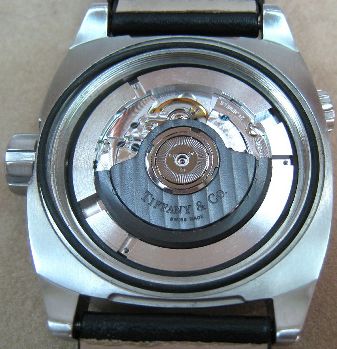 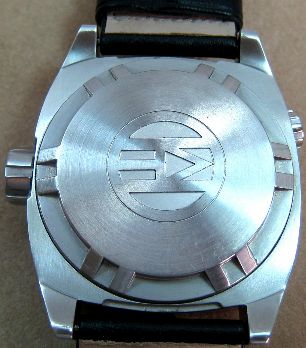 Aside from the bezel design, the watches have many small differences. From the case design, and other little details. Because watch “flattery” is so common, It would not surprise me if someone was copying someone else. Though again, it is possible this was the result of a partnership between Tiffany & Co. and NauticFish, or Enzo Mechana.

Actually, I am going to dispel NauticFish’s involvement for the most part as this case is certainly an Enzo Mechana EM001 case. Enzo Mechana is an interesting watch brand with a few basic but intriguing designs. The Logo on the back of the case is the Enzo Mechana (EM) logo. What most likely occurred is that a dedicated watch lover carefully placed a Tiffany & Co movement and face into an Enzo Mechana case.

The Tiffany & Co. diver watch in question is very sparsely labeled, aside from the Enzo Mechana logo on the back. You know that it is an automatic (inside is a Swiss ETA 2892-2), and that it is a certified chronometer. Some of you might be thinking that the spare information about this watch signifies that it may be a fake or some Frankenstein watch. This is unlikely as it is common for short lived Tiffany & Co. watches to have little historical information available about this. Again, this is common with the Streamerica, which is another beautiful watch. 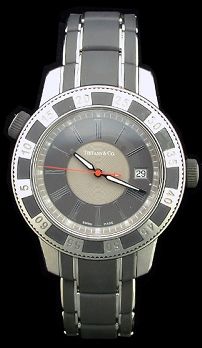 Overall I have a deep appreciation for NauticFish, Enza Mechana, and Tiffany & Co. watches, although in my humble opinion, I don’t think these companies collaborated in this effort. The time frames just don’t add up, and the watches have enough differences to make the relationship unlikely. Besides, you’d think that at least NauticFish or Enzo Mechana would have press releases reminding its customers of the relationship. Regardless, I could be proven wrong. This unlabeled watch remains a tantalizing piece of Tiffany & Co. history that shows the watch maker knows how to beguile its fans. Or it is simply fan work well done. I like this watch a lot. With a bit of cleaning and a polish, you’ll get a very solid piece to any rounded collection.