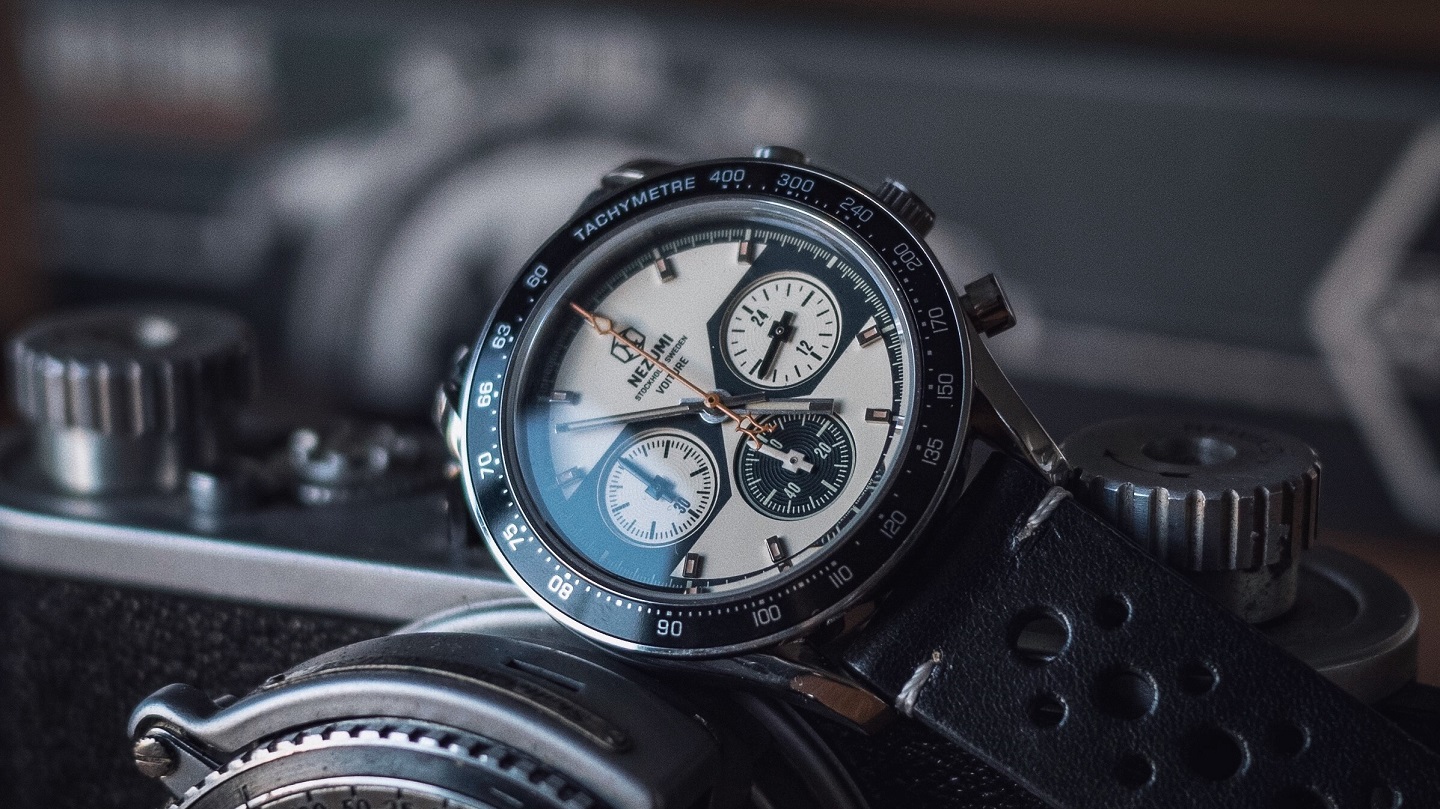 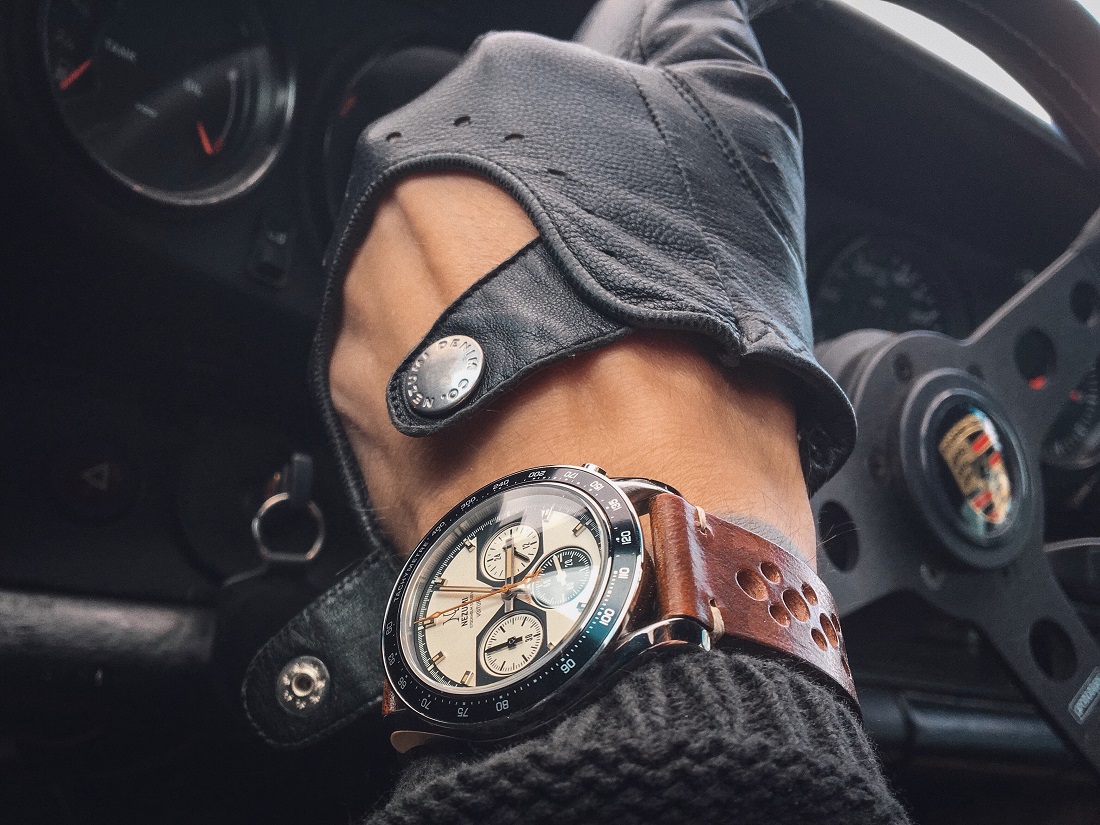 Since 2015, Nezumi Studios has been producing successful automotive-inspired watches that offer enthusiasts considerable value and great design. After launching in Stockholm in 2011 with a focus on fashion design, the brand shifted to include a diverse collection of accessories, lifestyle products, and watches. Their first release, the Voiture chronograph, has endured as the company’s most popular model and continues to evolve as Nezumi releases new versions throughout the years. In an effort to preserve the brand’s DNA, Nezumi has also introduced a growing range of watches that compliment the Voiture, while successfully telling a story of their own. This year, Nezumi will continue to highlight its growing Voiture line while simultaneously introducing some newer watches that are still in the works. At the heart of everything is founder, lead designer, and self-professed classic car enthusiast David Campo, who has helped Nezumi Studios grow into something more than just another micro watch brand.

After getting his start designing for a range of clothing brands like H&M, David Campo set out to run one of the most successful watch Kickstarter campaigns back in 2015. As a result, this gave him a platform to introduce Nezumi Studios to a more global market and since then, the brand has amassed a growing collection of loyal followers. Although David still serves as a creative director and head of design and production through his agency for some of the world’s leading fashion brands and chain stores, he has been fortunate enough to focus on his baby, Nezumi. A prolific collector of vintage watches, David got his start at a young age after being inspired by a close family member that was a watchmaker. In order to create something that was a natural extension of his passions, David designed the Voiture chronograph, a bare-bones, accurate, and reliable watch with a healthy dose of automotive personality. Years later, it has become symbolic of the Nezumi Studios brand, and for good reason. 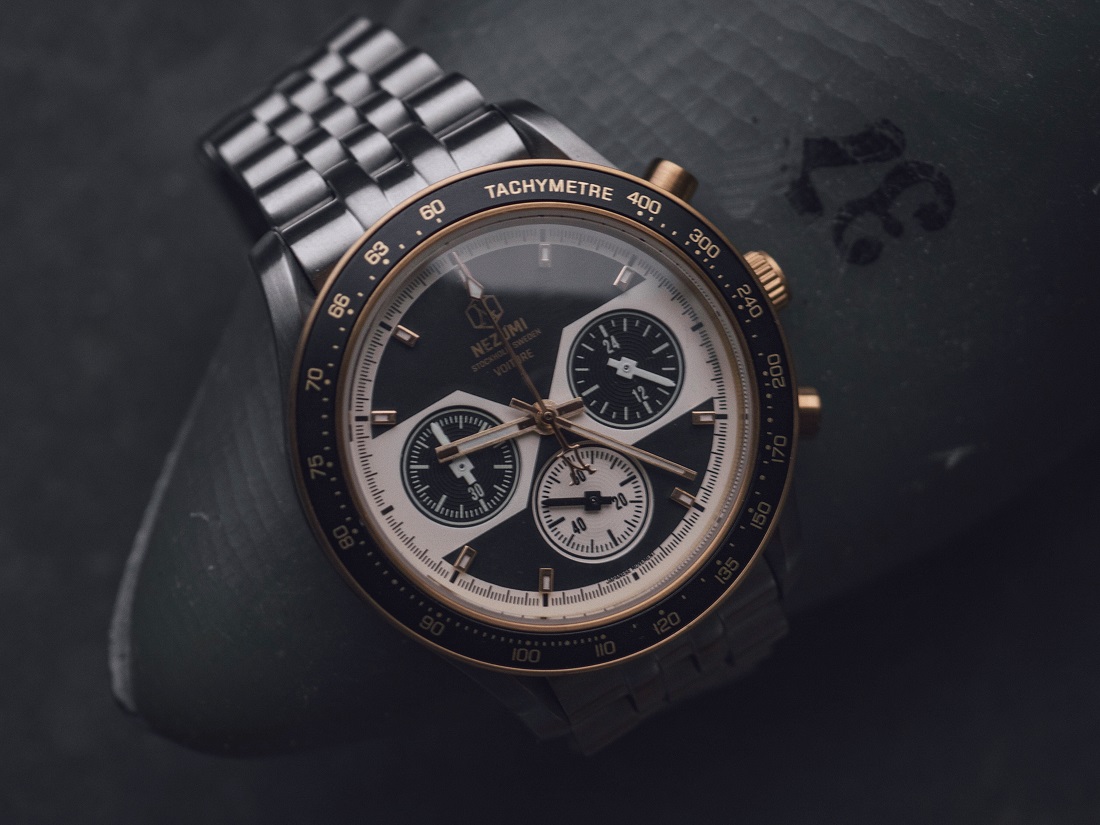 At it’s core, the Nezumi Voiture is a three register chronograph built into a stylish 40mm case with a lug-to-lug size of 47mm. Inside is an accurate, low-maintenance Seiko VK63 mechanical-quartz movement, which provides carefree timekeeping. While originally available in stainless steel with white, black, or blue dials, Nezumi recently introduced a two-tone steel and gold model with a more refined look that still maintains the classic racing vibe. Much like the set of Nezumi Studios driving gloves, each Nezumi Voiture comes with a black perforated leather racing strap with a branded stainless steel buckle. David Campo, however, couldn’t have it end there. 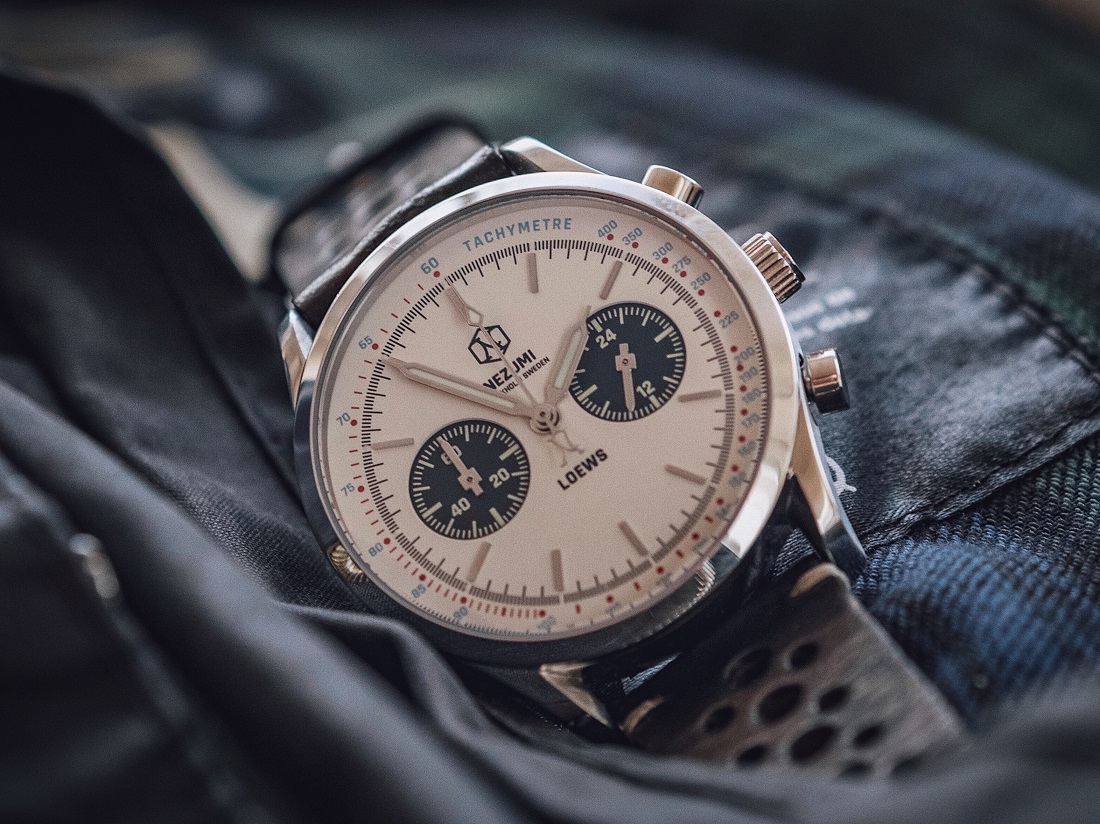 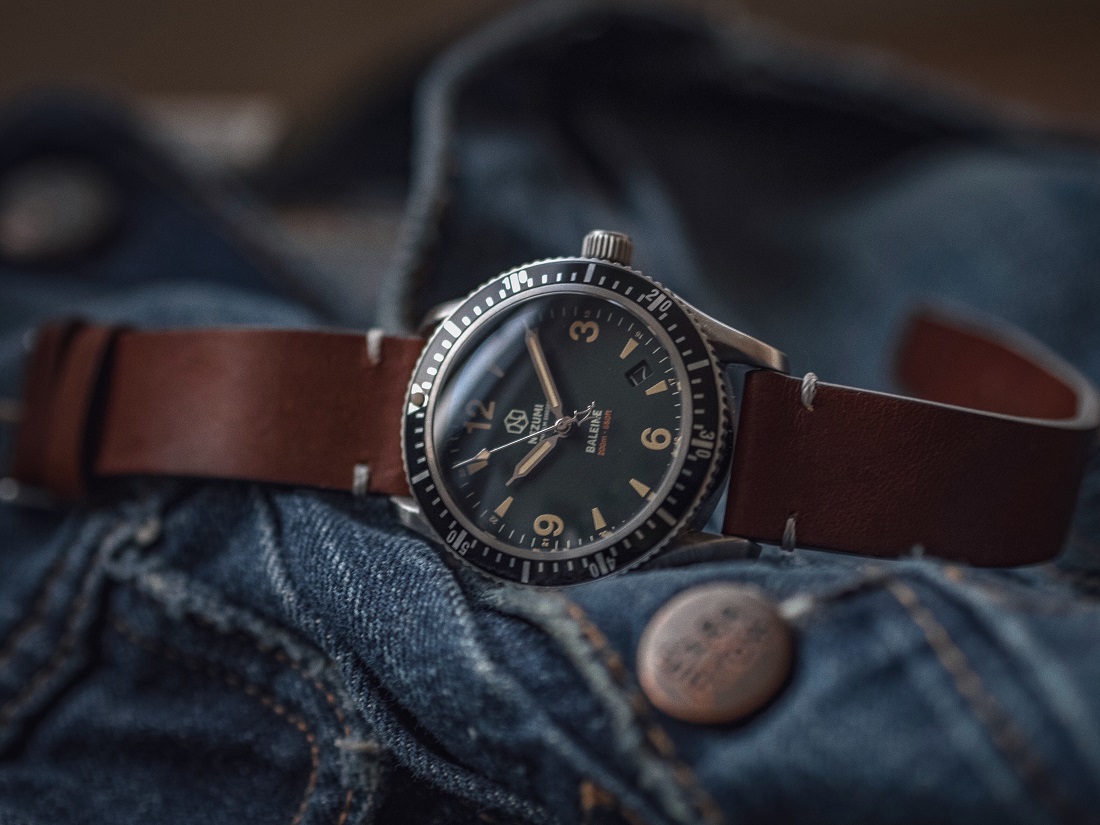 Recently, Nezumi Studios introduced another two-register chronograph along with a diver to their growing range of watch products. The Nezumi Loews, for example, is a chronograph with slightly more vintage styling that still retains some of the Voiture DNA in both looks and utility. Like its predecessor, it runs with a similar VK64 Hybrid mechanical quartz movement. Sizing is modest at 40mm and the watch is perfect for those who prefer a more subdued look.

The Nezumi Studios Baleine on the other hand, is the brand’s first dive watch. While it is certainly reminiscent of Campo’s earlier designs, the watch is a strictly utilitarian accessory that is based on the automatic Seiko NH35 movement with hacking and hand-winding features. Again, Nezumi kept things conservative with a 40mm case and subtle vintage-inspired design cues. Other features include a double-domed sapphire crystal, Super-LumiNova, and 200m of water resistance. 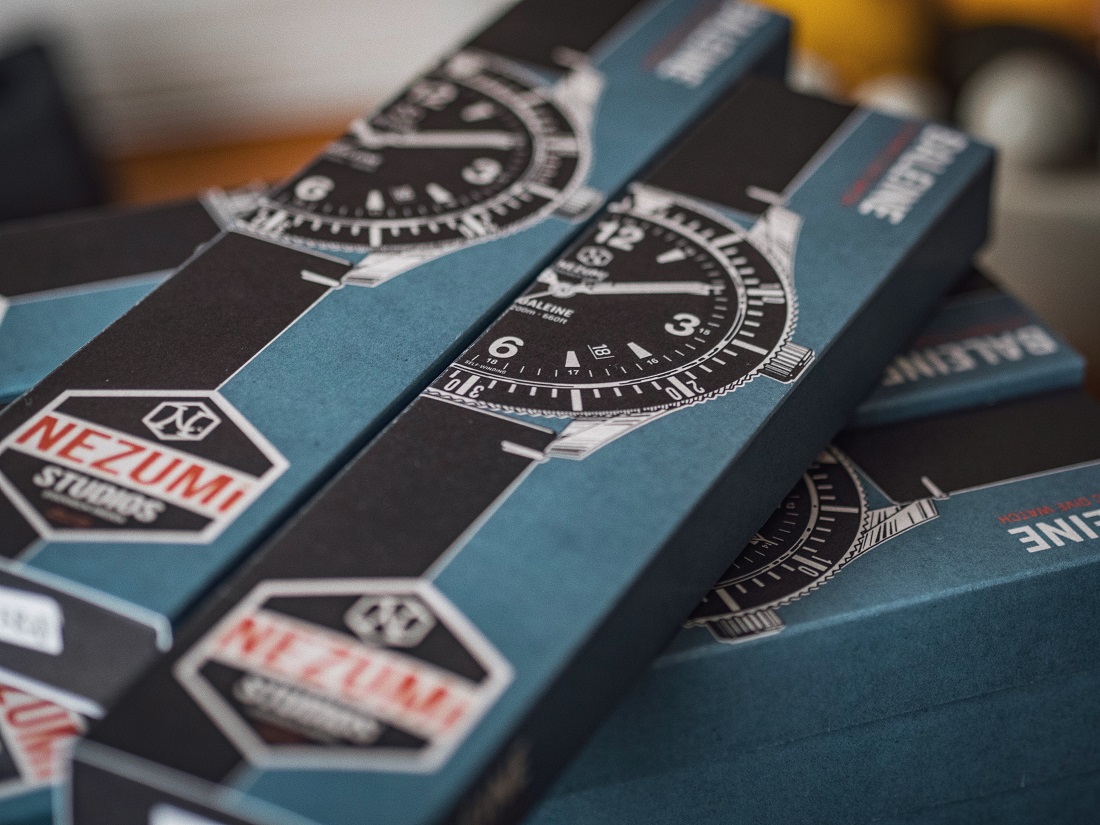 Always looking forward with an addiction to creating new designs, David and Team Nezumi plan on introducing new watch models and lifestyle accessories this year – at affordable prices, of course. Aside from Nezumi Studios, David also founded Roughneck Brigade, an invitation only, air-cooled classic Porsche club with members all over the world. It’s yet another extension of Nezumi’s philosophy of “Creating Bonds” that supports community and new friendships that often come unexpectedly when individuals that are passionate about their hobbies form a connection. To learn more about Nezumi Studios, be sure to visit their official website, YouTube channel, and Instagram feed. nezumistudios.com

“David Campo, however, couldn’t have it end there.”
Of course he couldn’t. You go, David Campo. You go.