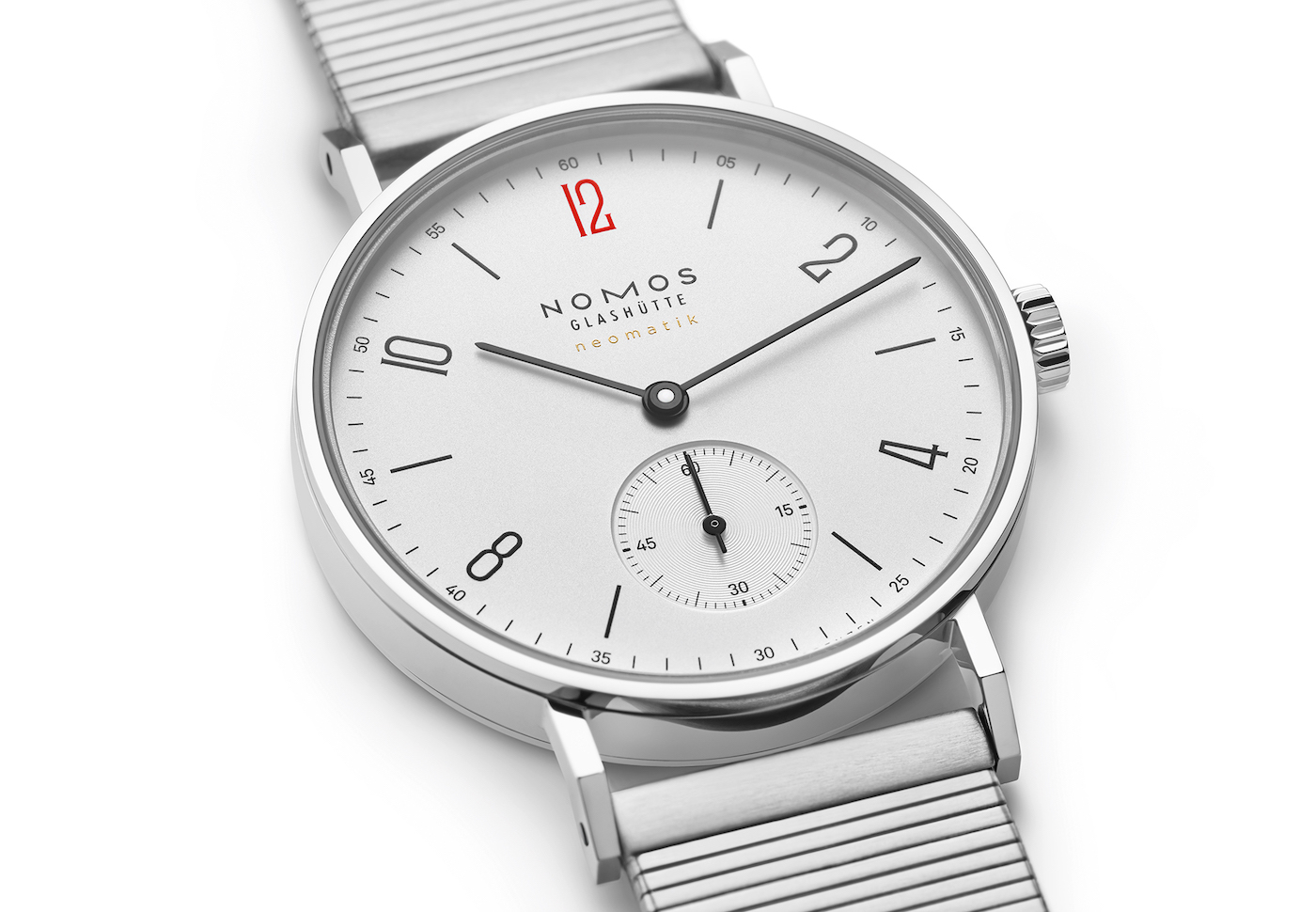 Médecins Sans Frontières — or Doctors Without Borders, as it is more commonly known among English speakers — is an international humanitarian organization that provides medical aid in countries affected by conflict, epidemics, and famine. They are independent and rely on individuals and corporations for donations to operate. NOMOS has been supporting Doctors Without Borders since 2012, and the company has just released two new limited-edition Doctors Without Borders watches. Let’s take a look at them here. 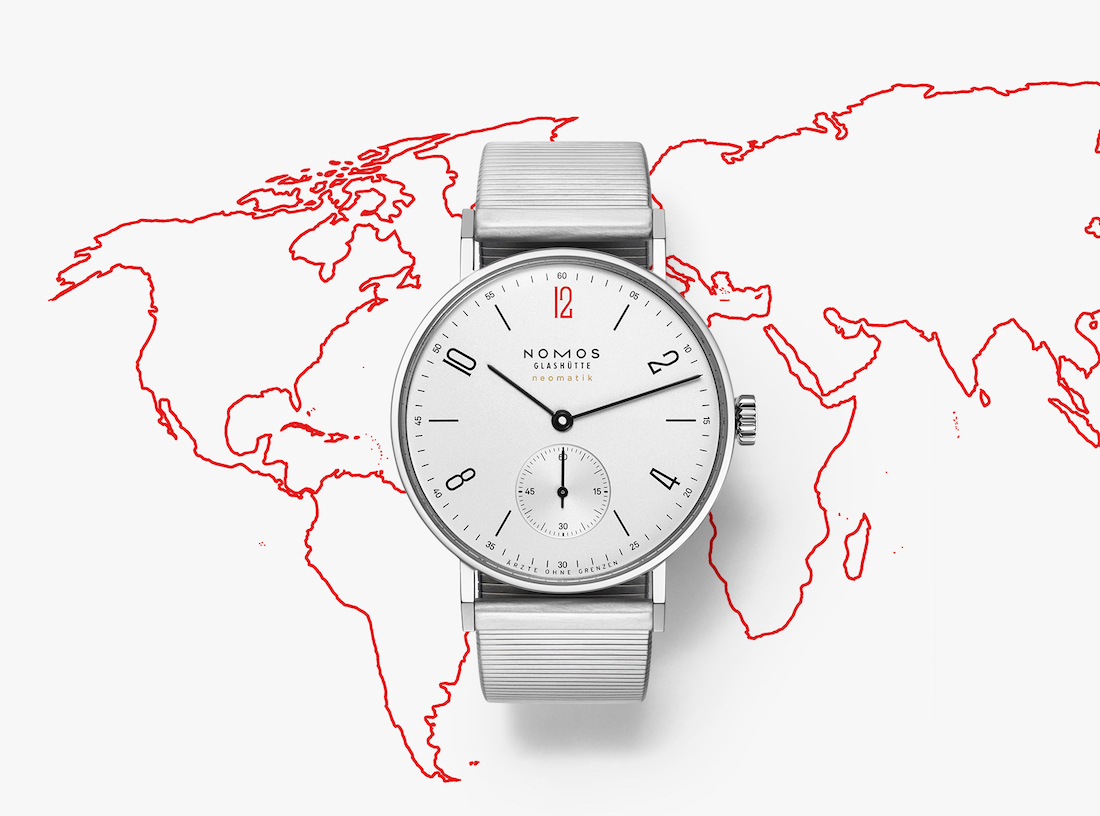 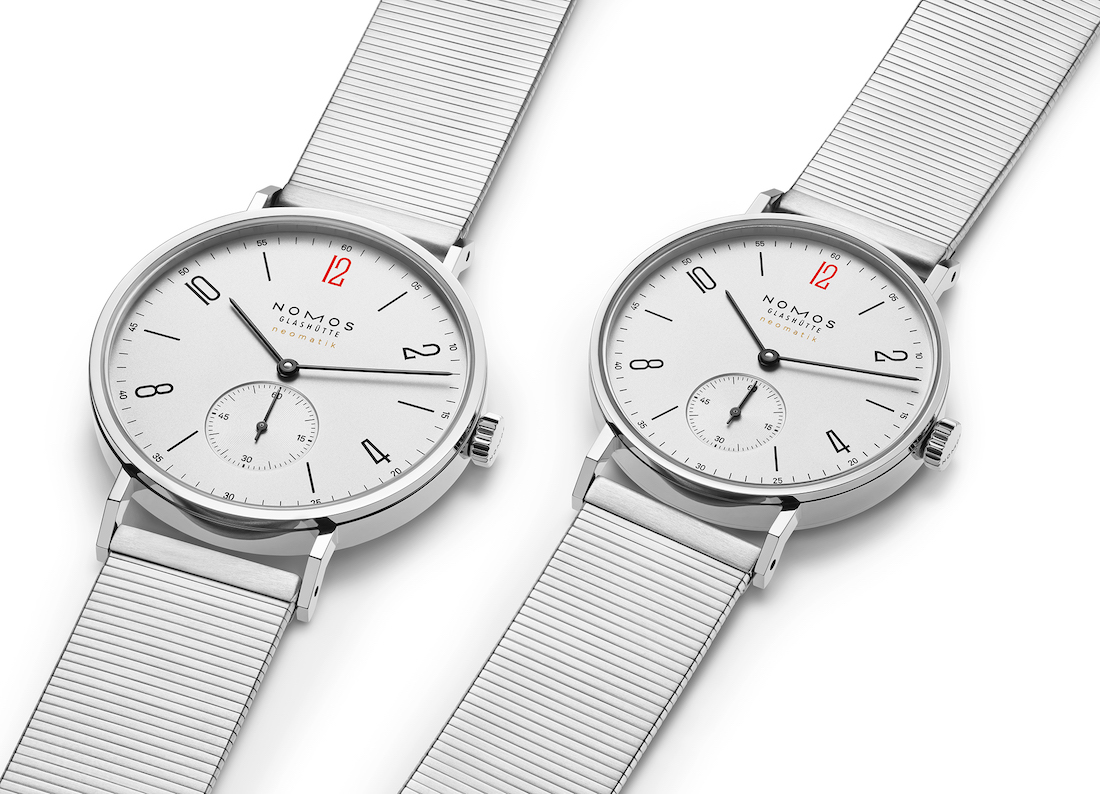 NOMOS is offering two new limited-edition Doctors Without Borders watches based on the popular Tangente Neomatik. There are, however, a couple of twists. In a first for NOMOS Doctors Without Borders watches, these are self-winding. Another first is that they will come with metal bracelets. The bracelets are made of single-piece links and are reminiscent of the stretchy Twist-O-Flex bracelets of old. Two sizes are offered: the standard 35mm model and the larger 39mm model. Both come in stainless-steel cases and feature a couple of subtle tweaks on the dial. 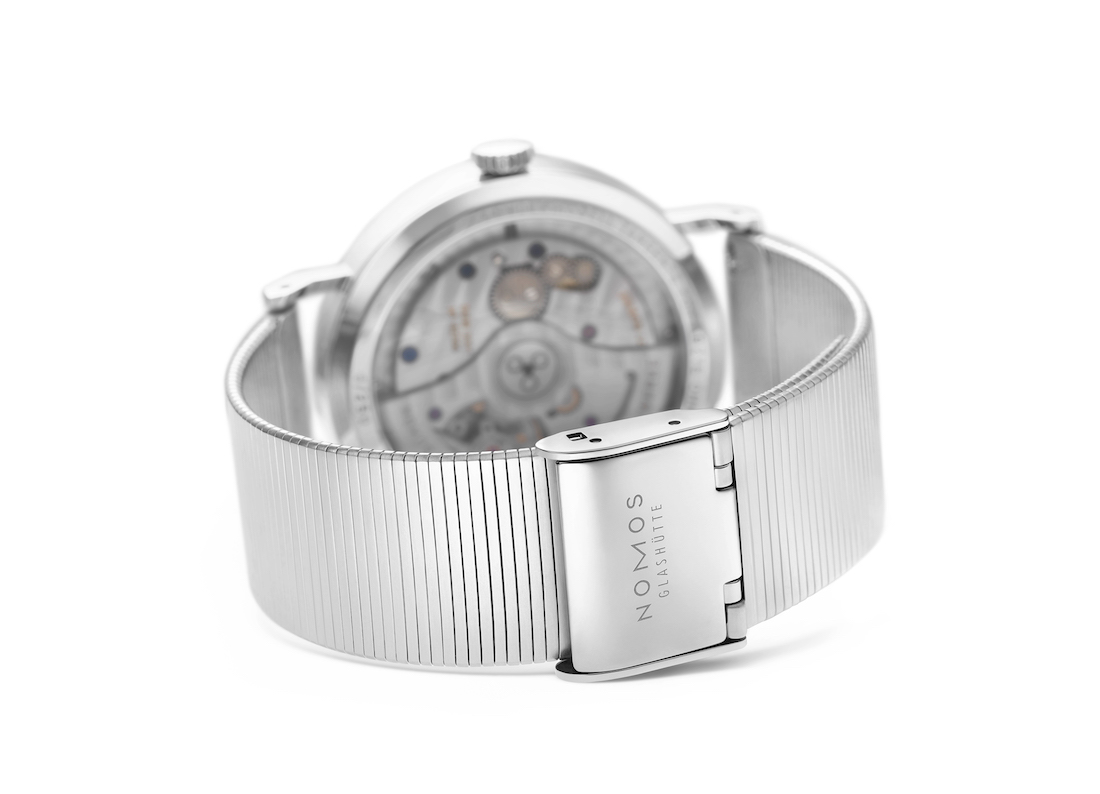 On the dial, in place of the bright red seconds hand and the cyan minute markings on the regular Tangente Neomatik, these new Doctors Without Borders models have black hands and black hour and minute markers. The only use of color (aside from the traditionally gold nematic logo beneath the word “marque”) is the red 12 o’clock, which has become a signature design element for the NOMOS Doctors Without Borders watches. At 6 o’clock, in place of “Made in Germany,” you instead have the words “Ärzte ohne Grenzen,” which is “Doctors Without Borders” in German. With their monochromatic color scheme, these watches have a more somber and serious tone. 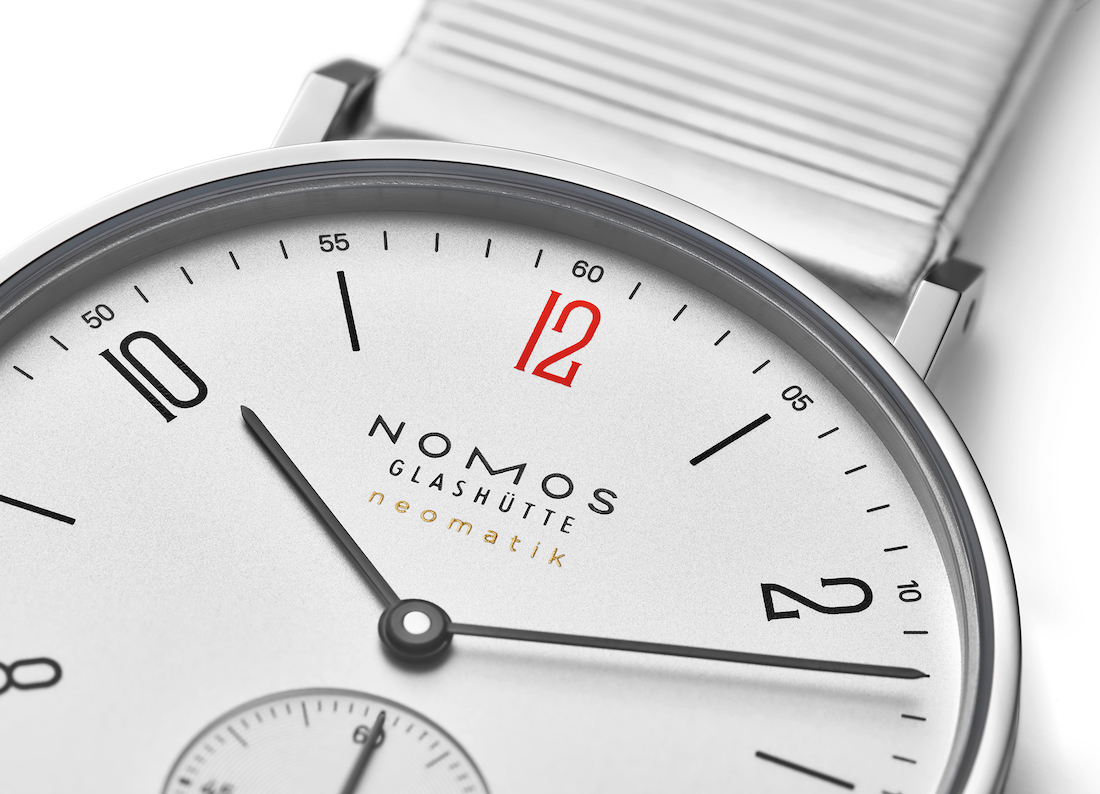 Inside the cases of these two models, the in-house-made Neomatik caliber DUW 3001 ticks away. It’s an impressive movement. Unveiled in 2015, it was designed with a mind to be the core automatic movement for NOMOS going forward. In keeping with Glashütte tradition, it has a three-quarter-plate construction, a full balance bridge for better stability and, most impressively, despite the use of a full-rotor, is only 3.2mm-thick. It beats at 3 Hz and has a power reserve of up to 43 hours. 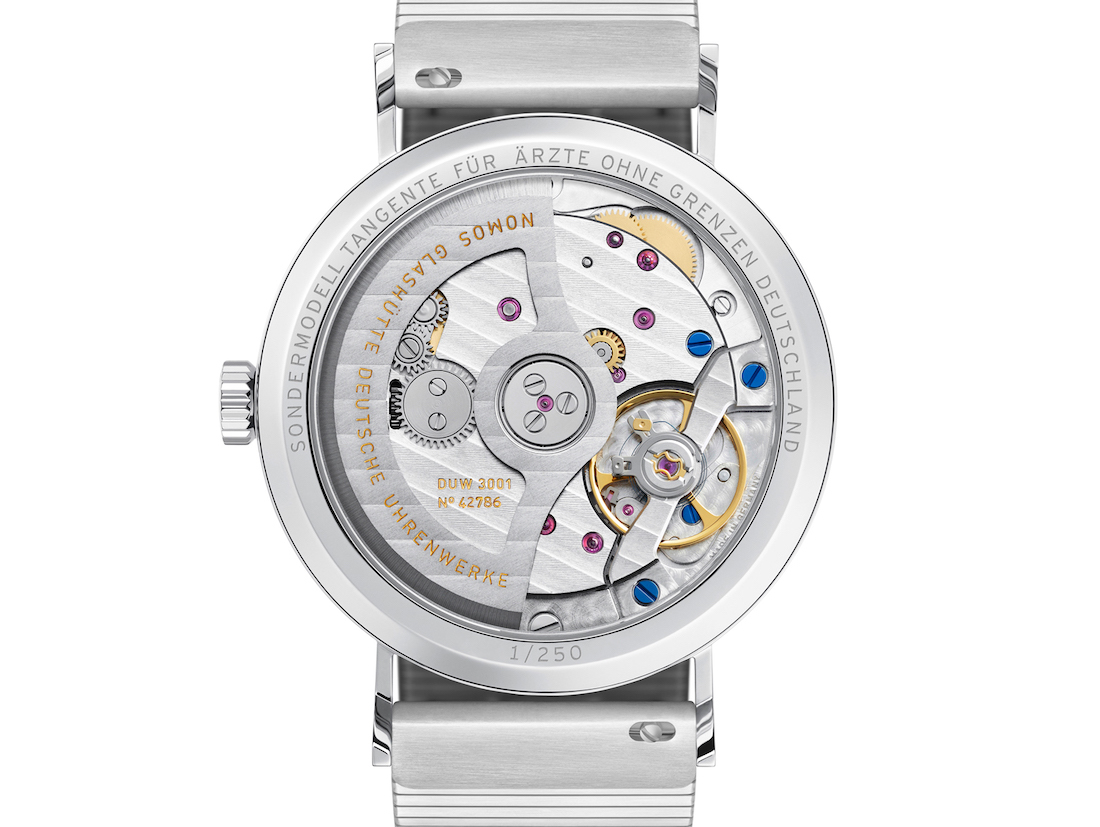 Unlike past Doctors Without Borders watches, which were limited to 1,000 pieces per reference, these new ones will be limited to just 250 pieces each. Will this increase collectibility? It’s hard to say, but insofar as limited editions are concerned, I feel that 250 is a much more meaningful number. To make up for the lower production numbers, NOMOS will be increasing the amount that they are donating per watch to Doctors Without Borders to €250 ($284) per watch (compared to $100 in the past). At any rate, these watches are easy to recommend. For the same money as a regular Tangente Neomatik, not only are you supporting a noble cause but you are also getting a limited-edition model that has an interesting aesthetic. The NOMOS Neomatik Doctors Without Borders in 35mm is priced at $3,460 while the larger NOMOS Neomatik 39 Doctors Without Borders is priced at $3,780. Visit nomos-glashuette.com to learn more.