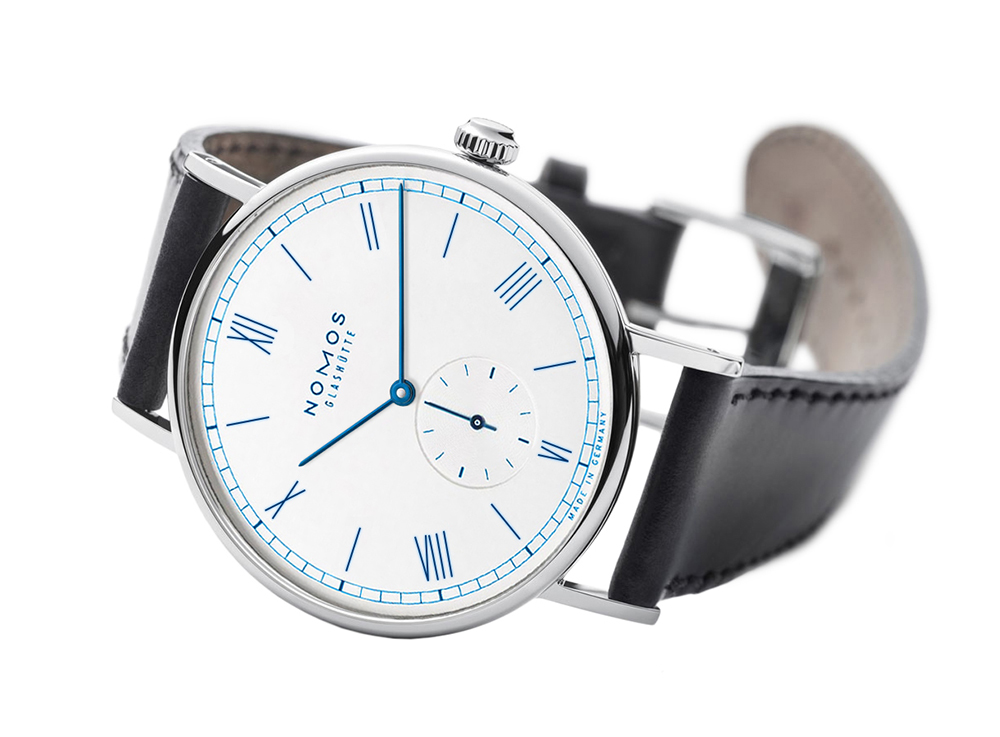 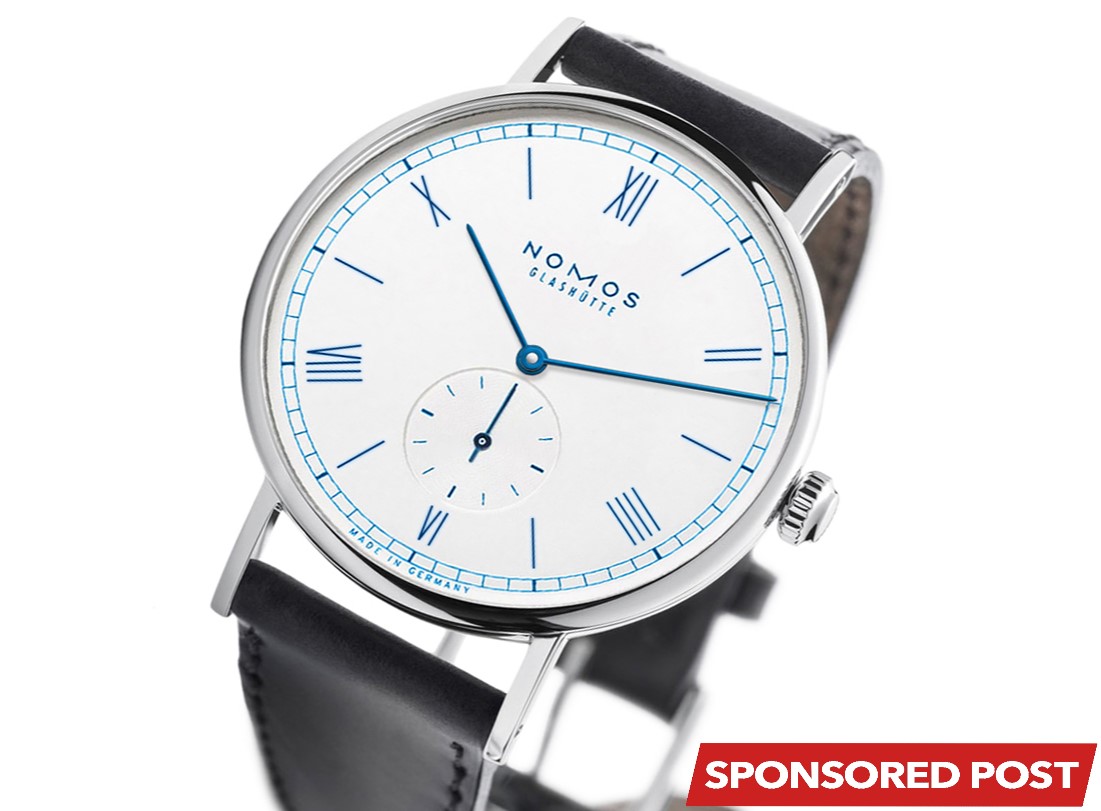 Timeless Luxury Watches is proud to announce our newest collaboration with Nomos Glashutte, the Timeless Ludwig! Nomos has been a terrific partner for limited editions in the past and our new Nomos Ludwig is no exception. We’ve designed three different Clubs and two Orions with Nomos, but for this project we wanted to take on another model we felt went too often overlooked: the Ludwig. While the Nomos Orion was, and remains, very popular on its own, and the Club still receives attention thanks to Nomos’ recent Aqua updates, the Ludwig unfortunately suffered a different fate, being perceived as a sort of Roman numeral companion piece to the iconic Tangente and Tangomat models. But the Ludwig is more than just a Tangente with Roman numerals, as it has unique attributes all its own. Thus, we turned our attention to the Ludwig. 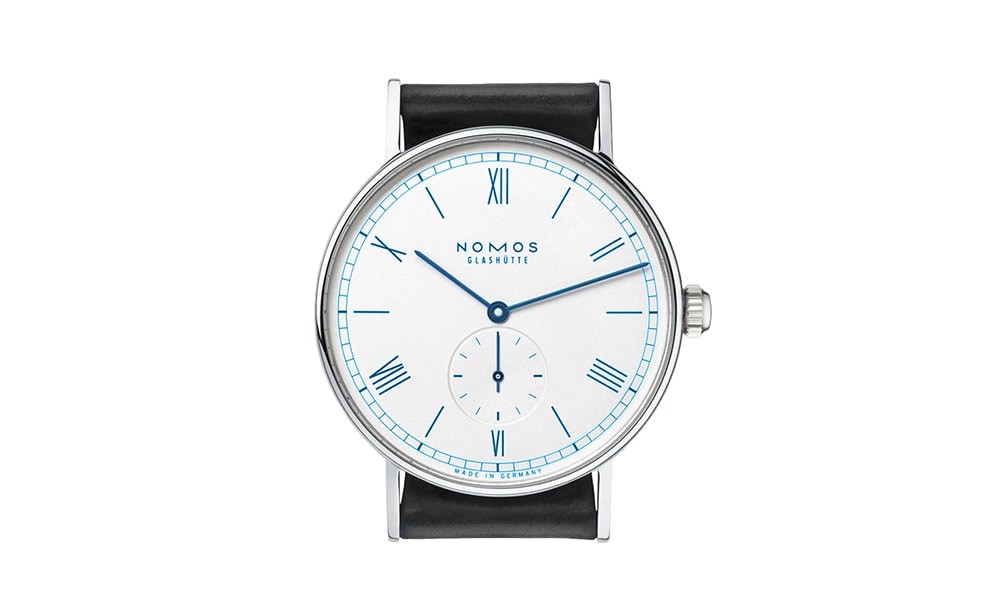 As is usually the case for our designs, when we take on a particular watch, we want to enhance what we feel are its dominant qualities. When we decided to do a limited edition run of Clubs, for instance, we wanted to focus on their casual character to differentiate them from other Nomos watches. To do that, we decided to use a blue dial and red accents (yellow was also available later), as well as an unusually large amount of lume for a Nomos. For the Orion, however, we went the opposite way, attempting to highlight its status as the dressiest Nomos by giving it an elegant blue sunburst dial, coupled with either silver or gold accents. The Ludwig, conversely, is also quite dressy, but we felt that its Roman numerals really brought out a classical, and, well, timeless, character that we wanted to emphasize.

To accomplish that, we once again approached the model from a minimalist perspective, which meant going with a no-date version of the Ludwig. Being a Nomos, however, there isn’t much work to be done in removing excess – the brand just doesn’t have any to begin with. That allowed us to really focus our efforts on the dial. Unlike most Nomos dials, this one isn’t silver, but a beautiful glossy white lacquer, not visually unlike what you’d find on enamel-dial watches. There’s such a connection in the watch world between dials like this and traditional design that it only made sense to utilize it here. 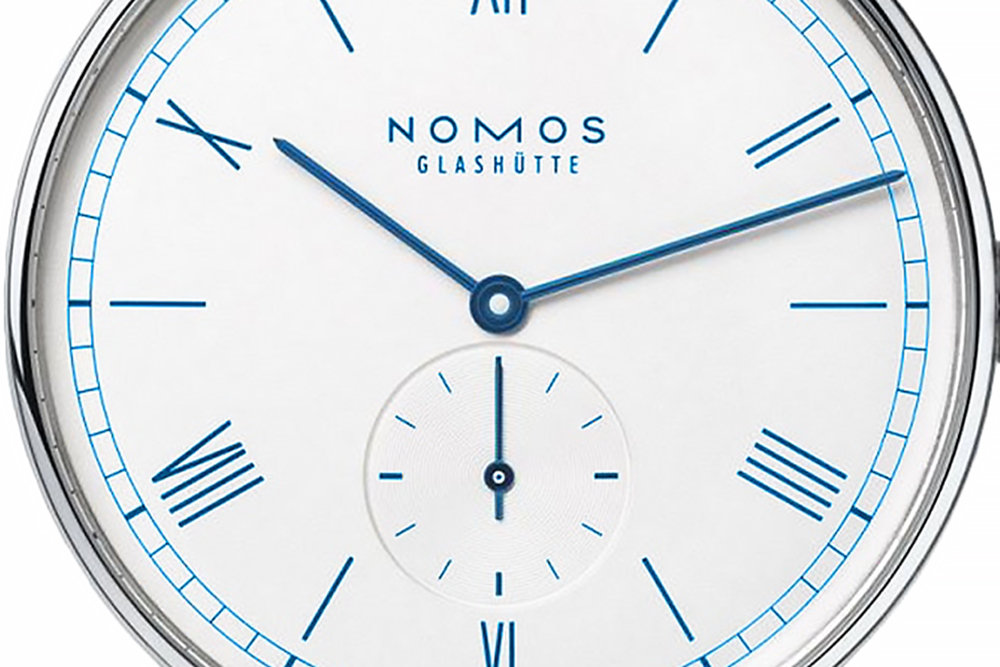 Like every Timeless limited edition, we’ve included blue accents wherever we could. Working with a white lacquer dial gave us a great opportunity to make every element of the face a subtle hue of our favorite color. The hands, of course, remain heat blued, something of a staple at Nomos already, but the Roman numerals and hour markers are also now in a deep, dark blue that was inspired by the elegant Credor Eichi II. Less crucial markers, like the railroad indices around the dial, are in a lighter hue, which helps to emphasize the Roman numerals and hour markers. The Timeless Ludwig is perhaps the model that stays truest to the source material of any limited edition we’ve made, and yet we also find it to be one of the boldest. The stark contrast between the gleaming white lacquer dial and blue accents is really quite beautiful. 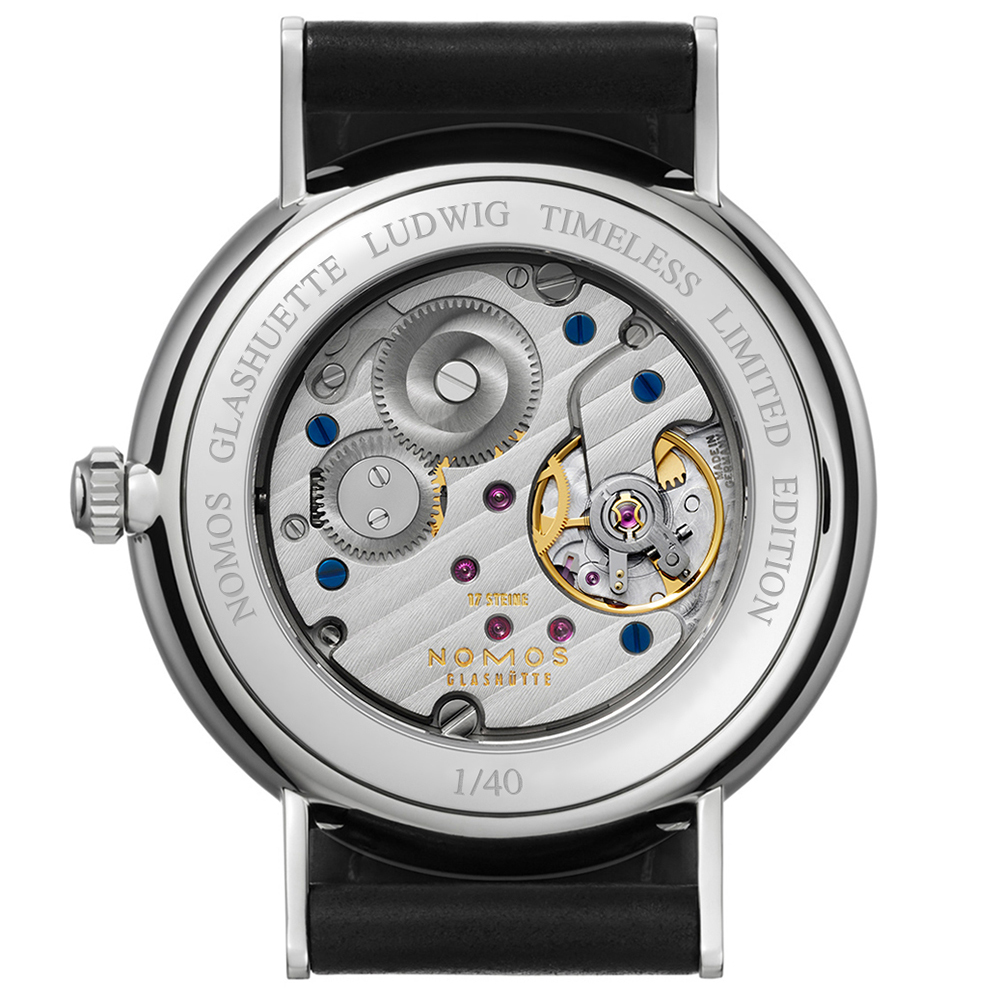 Given our fondness for no-date watches, it won’t be a surprise that we’re once again using the venerable modified Alpha hand wound calibre, a Nomos staple enhanced by their newest swing system technology. We’re big fans of hand wound movements at Timeless, so when we can offer them, we almost always do. Nomos movements in particular have been very reliable and stable, and the modified Alpha has already proven itself to us and fans of our previous limited edition Nomos watches. As precise a movement as it is, it’s even better known for its understated beauty and fine finishing, made all the easier to appreciate without a rotor in the way. Naturally, we used a sapphire back on this model so as not to hide the work of art within. 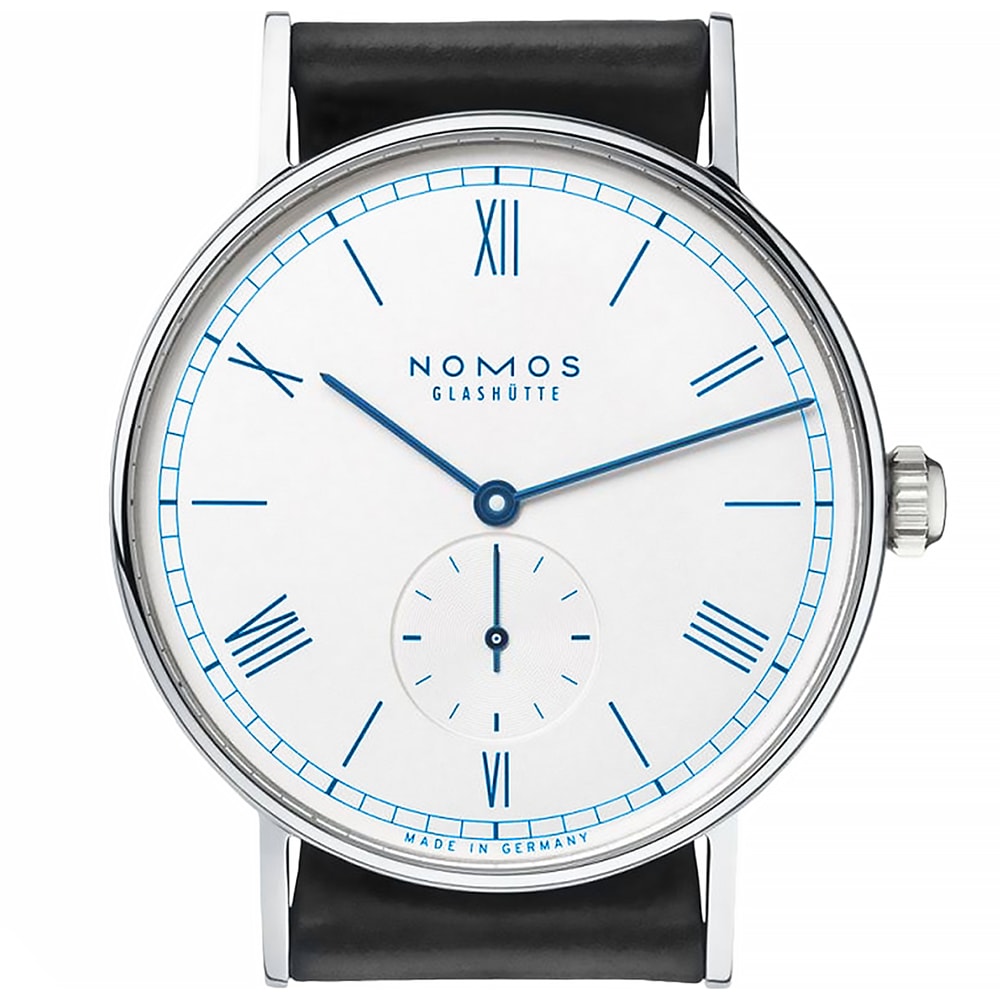 The modified Alpha is also very thin at only 2.6mm, allowing the Ludwig case to be just 6.8mm thick, a pleasant surprise in a world increasingly filled with 14mm (or more) thick cases. The watch is built on the 38mm Ludwig case, which really sets itself apart from similar models like the Tangente thanks to its relatively curved lugs. We once again decided to focus on the 38mm size because we felt that it makes the watch available to the widest variety of collectors, and because the 38mm size is just a great size in general for a modern dress watch.

For our Timeless Ludwig, less is more. A very thin case, no date, and plenty of clean space on the dial coalesce to provide something refreshingly simple. Unfortunately, there are also fewer Timeless Ludwigs than most of our other designs, with only 40 being produced total. The price for this new limited edition is $2,460 USD, just $200 more than the regular Nomos Ludwig 38. Please click here to pre-order the Timeless Ludwig. timelessluxwatches.com