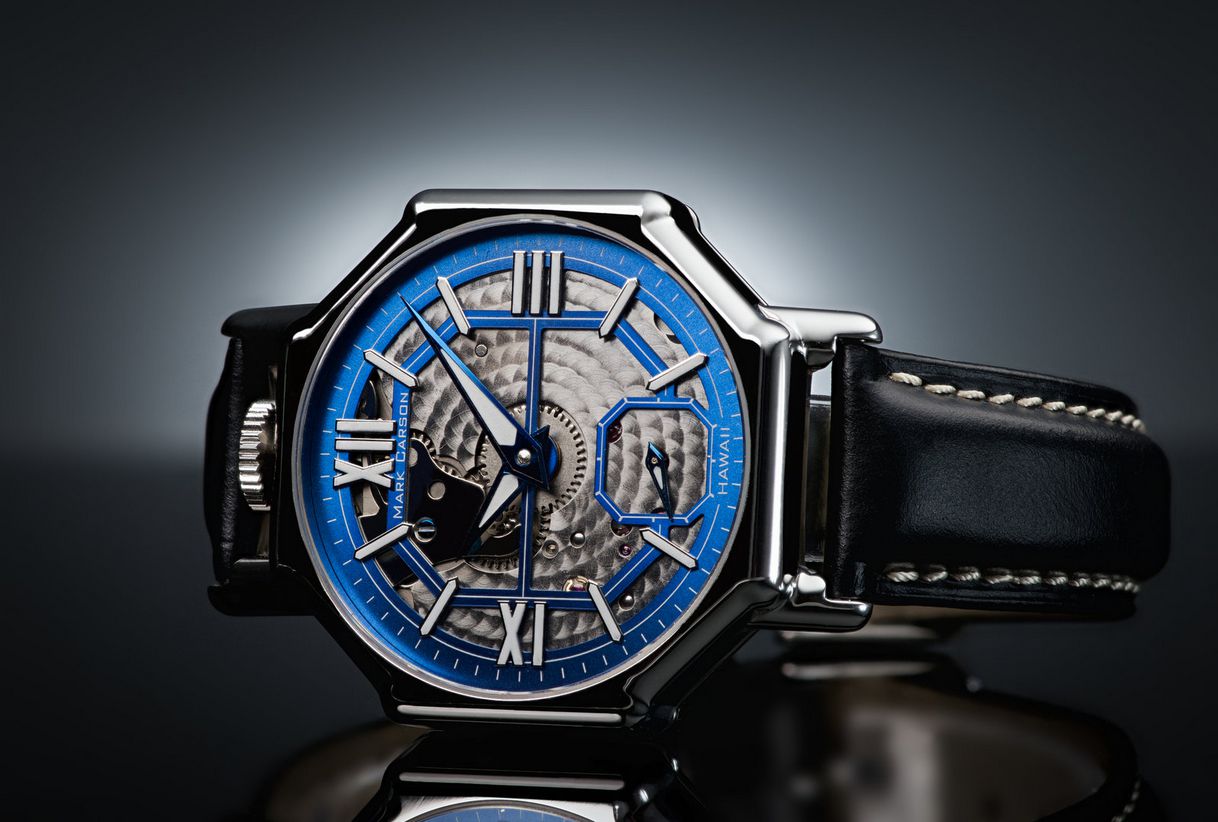 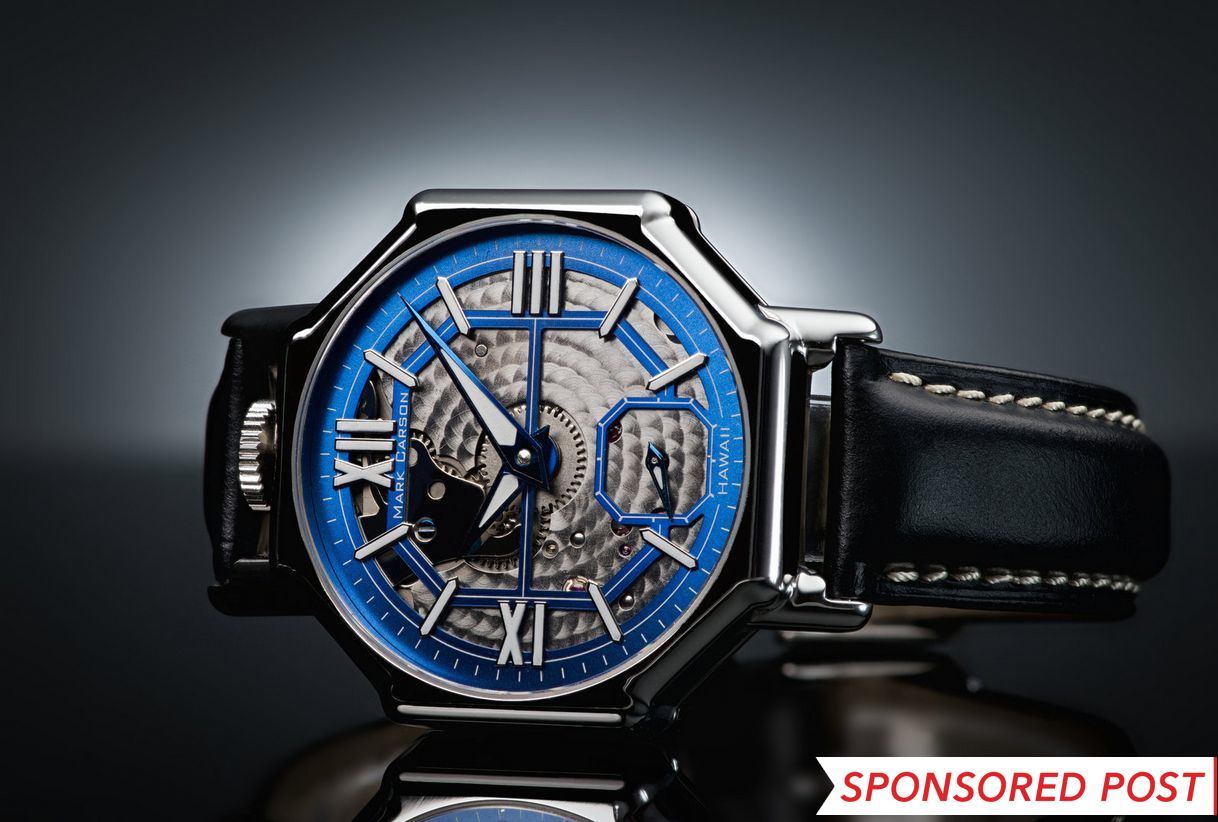 What, another Sponsored Post for a Kickstarter watch you ask? Well yes, but not your typical Kickstarter watch. I’ve been pretty vocal in my dislike of the usual Bauhaus, minimalist quartz offerings on crowdfunding websites. So those of you who are familiar with me know that I won’t be going that route. The Octagon Watch by Mark Carson is a piece that the demanding ABTW audience should appreciate.

While I’ve driven fast cars on a few race tracks and have some personal history with aviation, you aren’t going to get one of those backstories with this watch. It was created out of my passion for design – not some long dead watchmaker who flew across the ocean into a hurricane and then landed his plane onto a race track and then drove a car to victory with 2 broken legs while suffering from temporary blindness. Sorry…

Background: I have been designing unique and award winning watches since 2010 with my first watches delivered to customers in 2012. My watches have been featured on aBlogtoWatch.com, WristWatchReview.com, TotalWatchReviews.com, WatchPonder.com, OracleOfTime.com, and mentioned in a number of blogs and watch forums. And, I’ve completed 2 successful Kickstarter projects. So this isn’t my first rodeo. 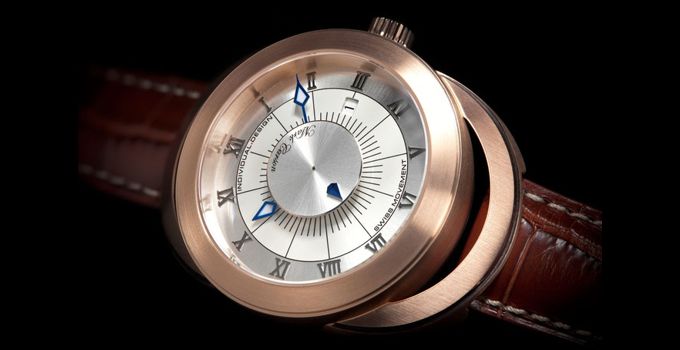 Since introducing the ground breaking “Ka La” watch in 2012, I went on to design the international “A Award” winning “Ka La Sport” watches.

I’m back again with another bold design – the Octagon Watch. Its unique case, dial, and hands are combined with a newly engineered Swiss movement. The Octagon Watch by Mark Carson/Individual Design is a Limited Edition of 100 pieces. I’m offering 98 of the 100 pieces in this series (2 are reserved for my personal use). 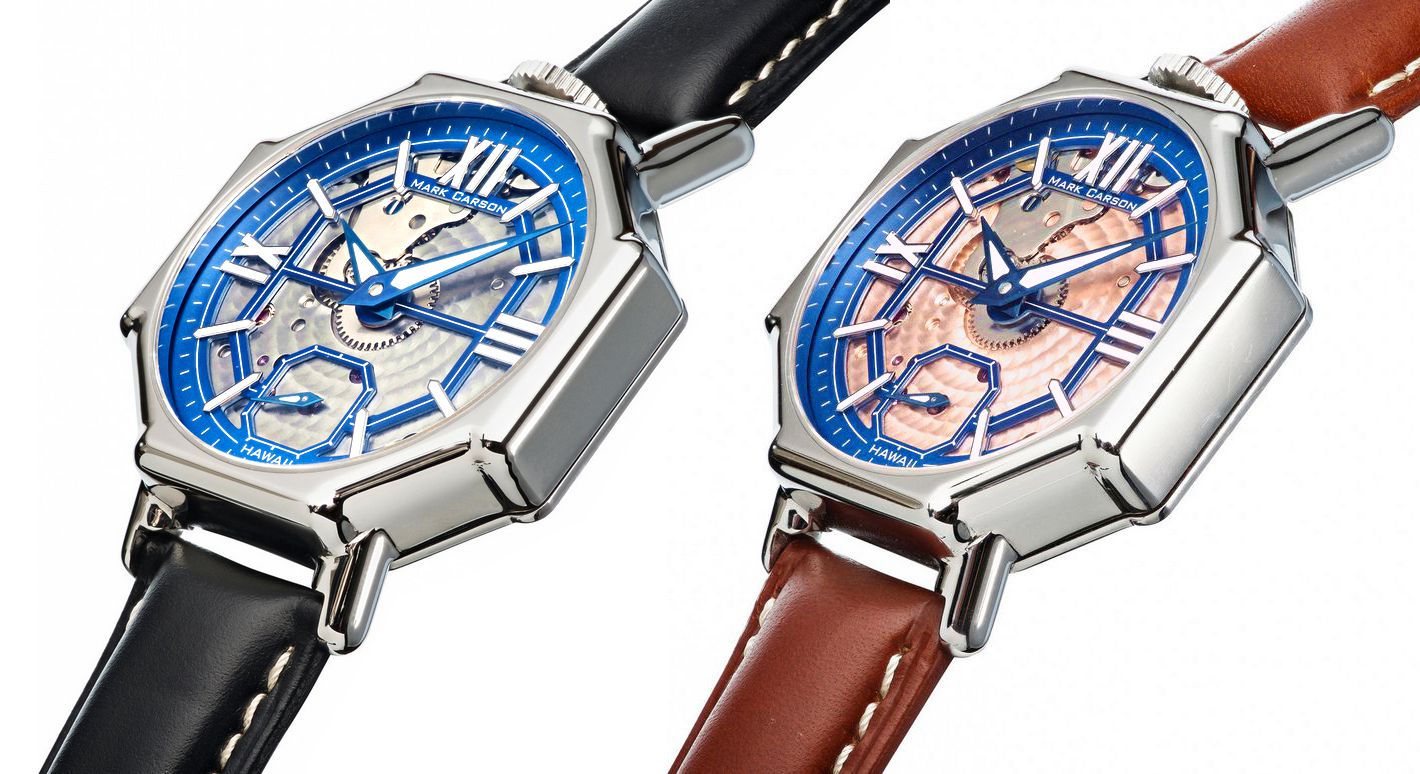 As I mentioned above and on Kickstarter, if you are looking for an aviation or auto racing “inspired” backstory, you will have to go elsewhere. This clean sheet design was not inspired by any other watch – it is not an homage (rip-off) of a famous brand’s iconic watch nor is it a “Bauhaus” or “minimalist” generic watch churned out by a nameless Asian factory. This watch was designed in Hawaii and each one will be assembled in Hawaii by a professional watchmaker. 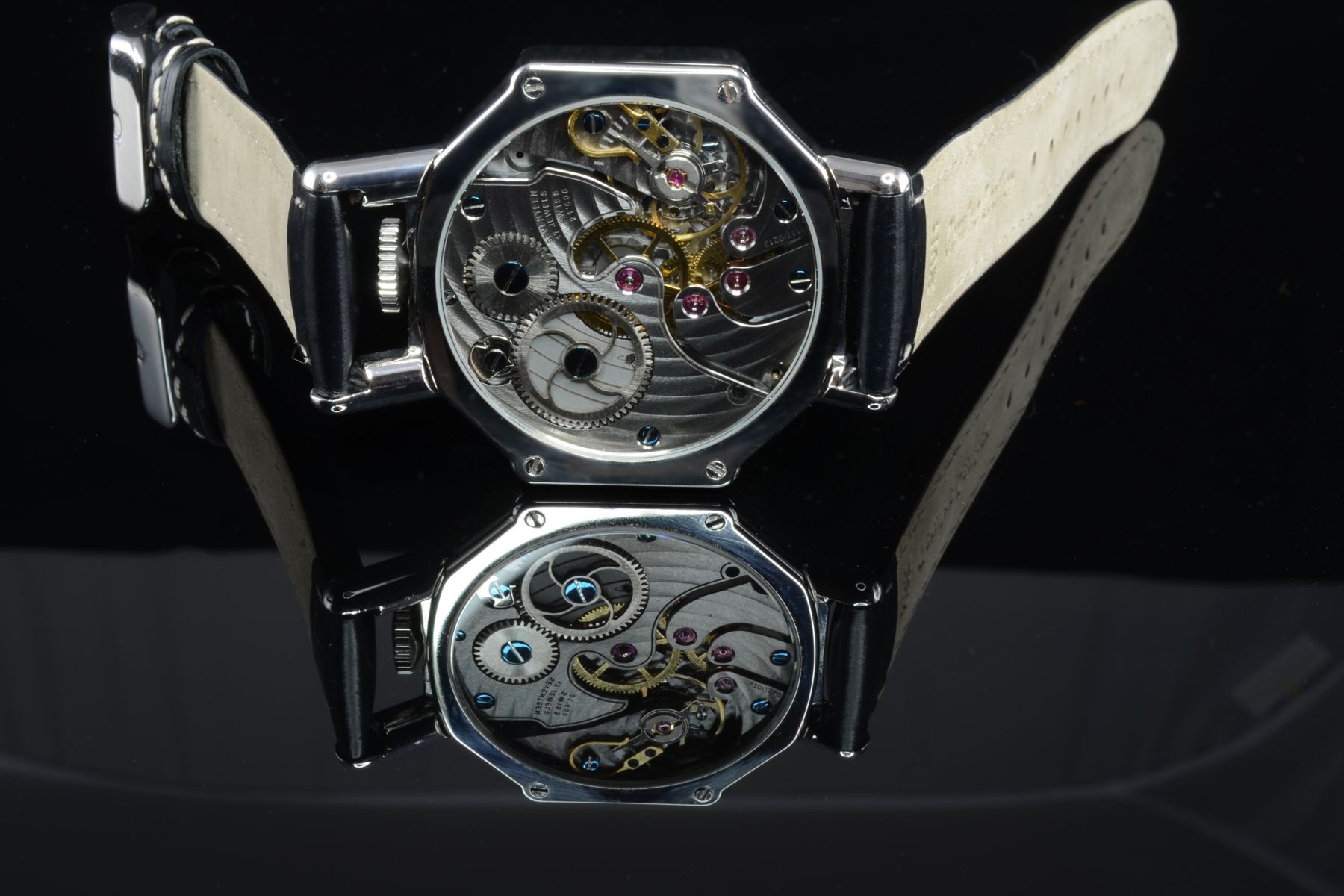 The Octagon Watch by Mark Carson charts its own course by combining an original design with a classical composure and a newly designed Swiss hand wound movement, the BL-109. I was working on a solid dial design when my buddy Richard Paige suggested an open dial since this movement has such nice top side decoration. So with precisely this movement in mind, I set out to design a skeleton dial that would complement it. 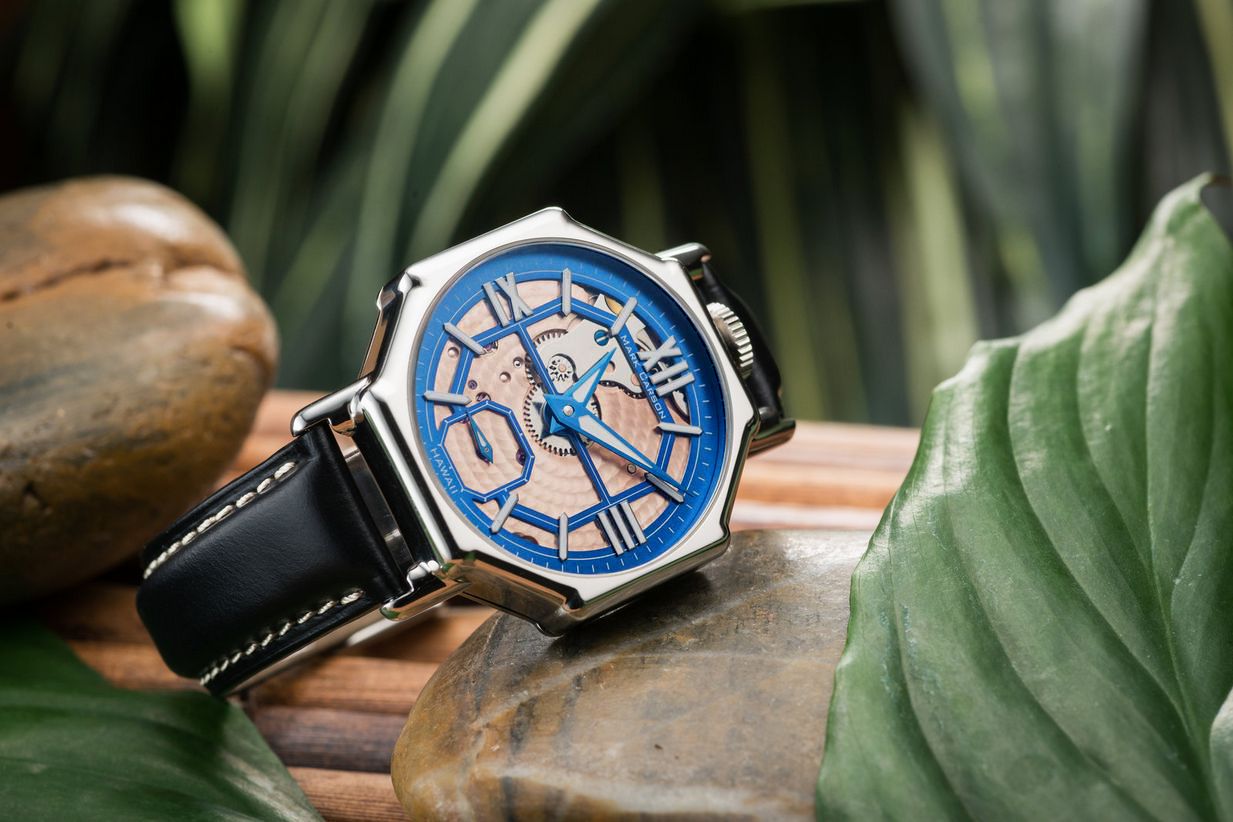 One of the challenges with the octagon shape is that it does not match up very well with 12 hour markers. Bvlgari, are you reading this? So my solution was to align the corners of an octagon with the minor hours (1, 2, 4, 5, 7, 8, 10 & 11) while extending the orthogonal sides where the 12, 3, and 9 are located. The 6 o’clock position is of course dominated by the small seconds indication. For even more dial-side depth, I added applied hour markers with C3 Super-LumiNova. 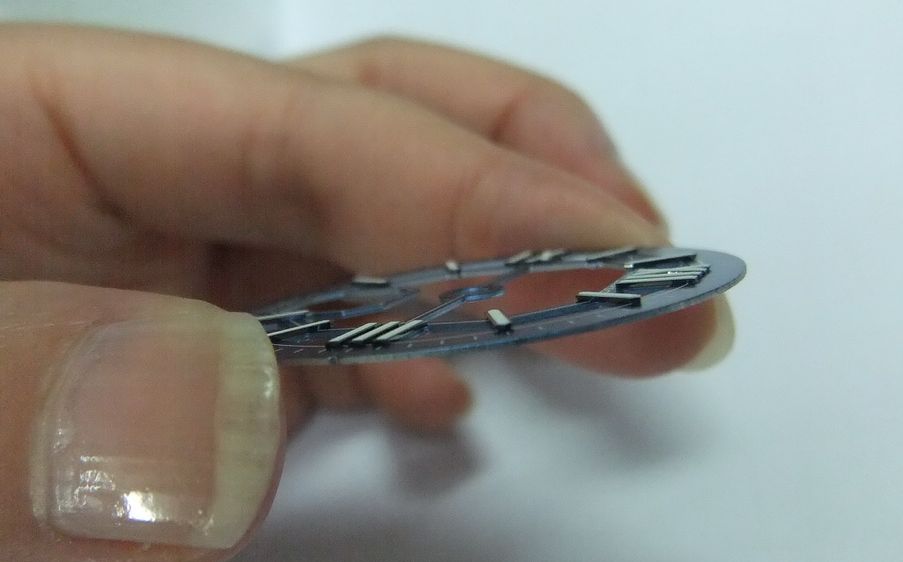