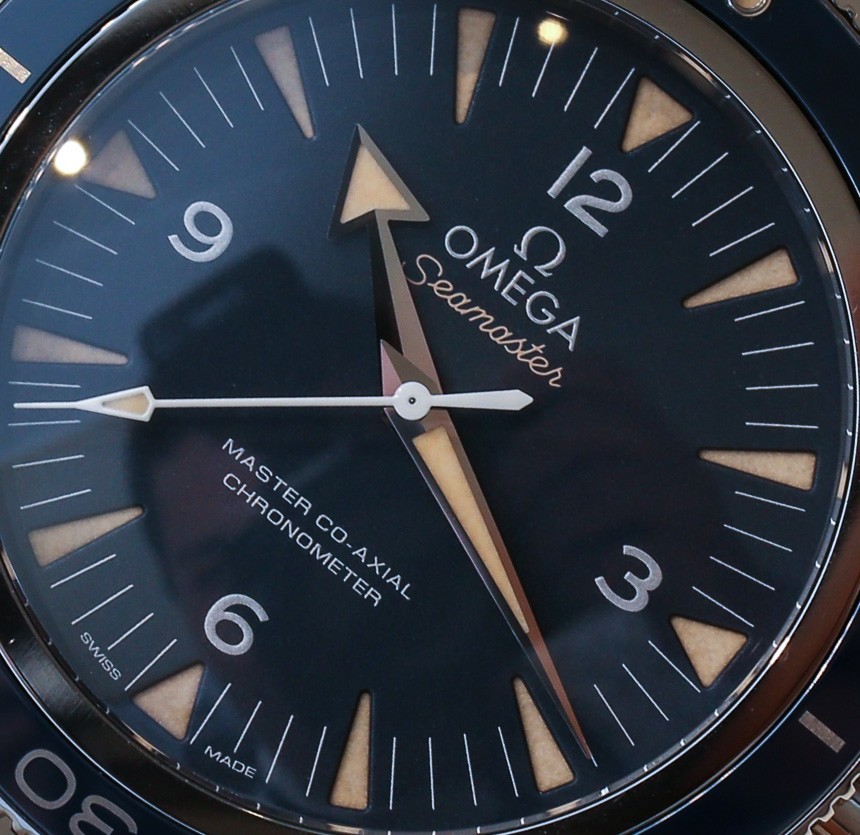 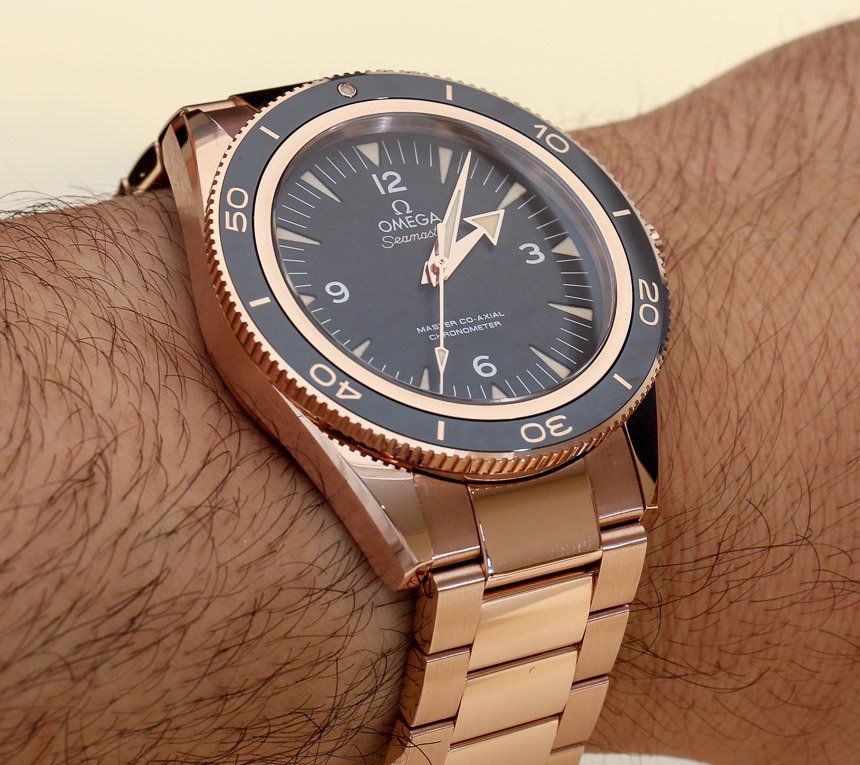 In the days before Baselworld 2014, Omega began a teaser campaign via social media to get fans guessing what their new dive watch was going to be. One of the last images Omega released of what would be the new Seamaster 300 was of the case with a darkened dial. Less than an hour after it was published online Omega fans quickly used Photoshop to determine what the dial of this new historically-themed, yet ultra modern dive watch collection would be.

The new Omega Seamaster 300 Master Co-Axial fits in to Omega’s already crowded collection of dive watches as a direct visual emulation of the classic Omega Seamaster 300 watch from the 1950s. Omega is typically inspired by models from its “museum collection” in the interest of perpetuating core style codes and the visual DNA that has brought the brand to where it is today. At the same time Omega is invested in pushing forward with innovating new ways of building mechanical watches. Together these distinct goals coalesce to create timepieces that always offer a lot to talk about. 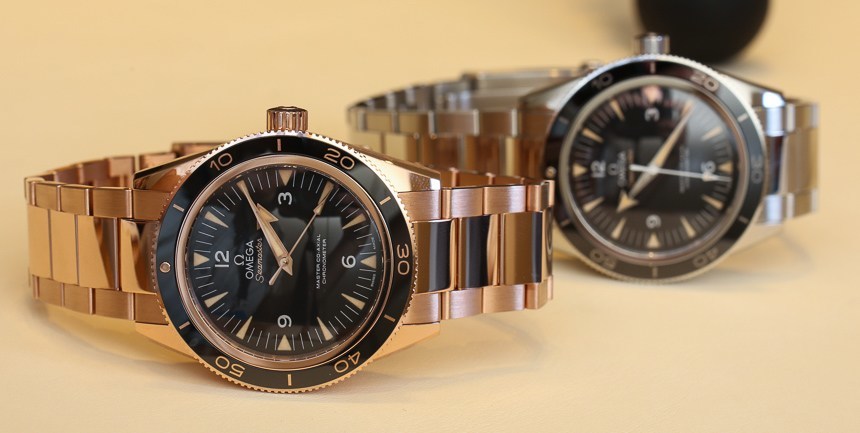 In a sense many Omega timepieces have been inspired by the Seamaster watches from the 1950s. The highly successful Omega Seamaster Planet Ocean is one of them, but the Omega Seamaster 300 is more directly visually related to the classic. Such is part of the charm; being able to own something that looks like it was from the past, but is in actuality totally modern in materials and construction. Some people will shriek upon my next statement but this is how I like to enjoy “vintage watches” best. Meaning that rather than actually dealing with the hassles of a vintage watch, I prefer to own one that is visually similar to a traditional timepiece, only from today.

Clearly many have had the same idea as myself, which is why the re-issuing of classic references has been so popular over the last few years. With Omega at least they don’t re-release a watch without trying to fundamentally improve on the original. The modern Omega Seamaster 300 watch has features that the original could only have dreamed about–and for some there is something really cool about that. At the same time, if can be a bit strange to experience a timepiece with so many interesting modern features that visually is a nod to the past. It makes sense for knowledgeable watch lovers such as myself, but for the mainstream I can understand why they would not look at a timepiece so faithfully trying to look retro and assume it has some cool technology inside of it. 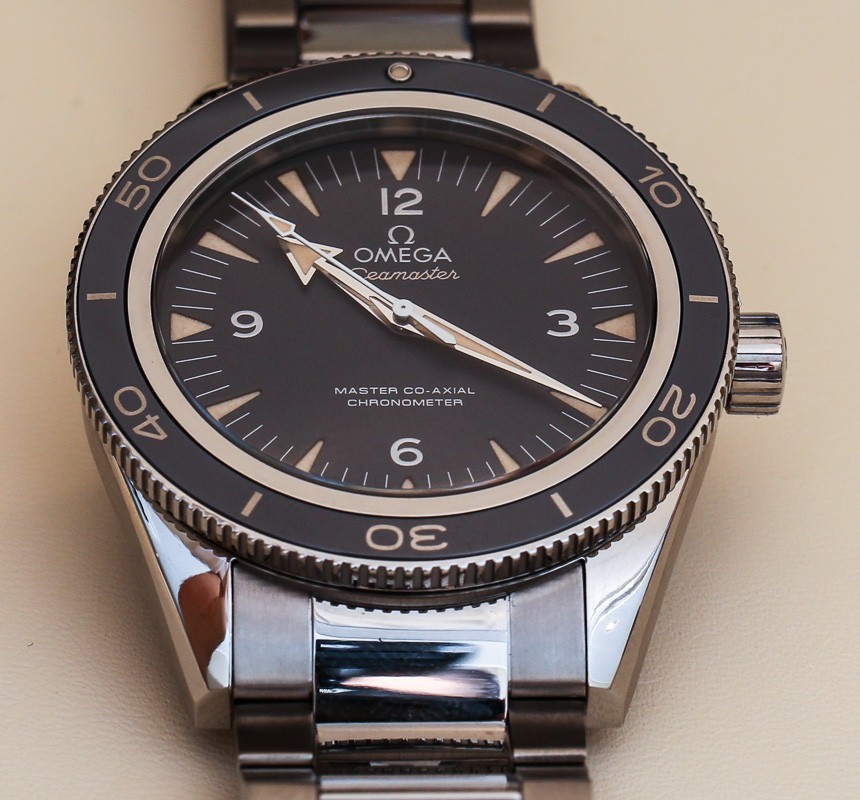 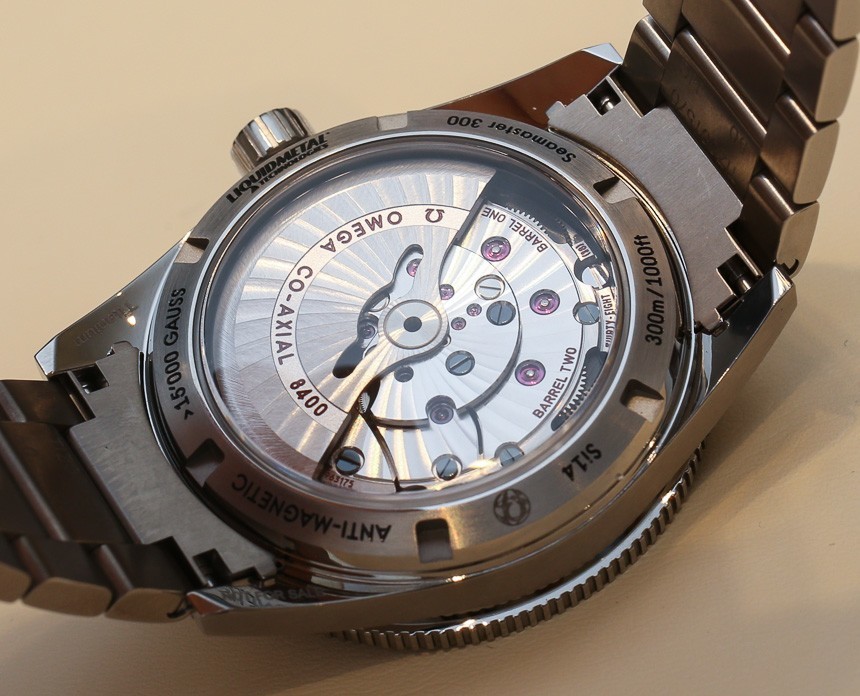 So allow yourself to look past the historic charms of the Seamaster 300 such as the vintage colored “aged” luminant and consider all the little details that makes this particular Omega timepiece a watch packed with all the toys Omega has to offer. That starts with the curious title on the dial that says “Master Co-Axial Chronometer.”

In 2013, Omega debuted the Omega Seamaster Aqua Terra >15,000 Gauss, a highly anti-magnetic movement using innovative materials that shrug at the effects of magnetism which typically are disastrous for mechanical watches. This was achieved by using materials that are simply not magnetic, and allowed Omega to still show the movement through the rear of the case. Omega promised that in a few years all Omega in-house made movements would contain this new anti-magnetic property. The name, in combination with Omega’s Co-Axial escapement technology, would be “Master Co-Axial.” So for 2014, the Omega Seamaster 300 is among the first timepieces to include the new Master Co-Axial name, and of course benefits from the impressive anti-magnetic properties originally debuted in the 15,000 Gauss model. 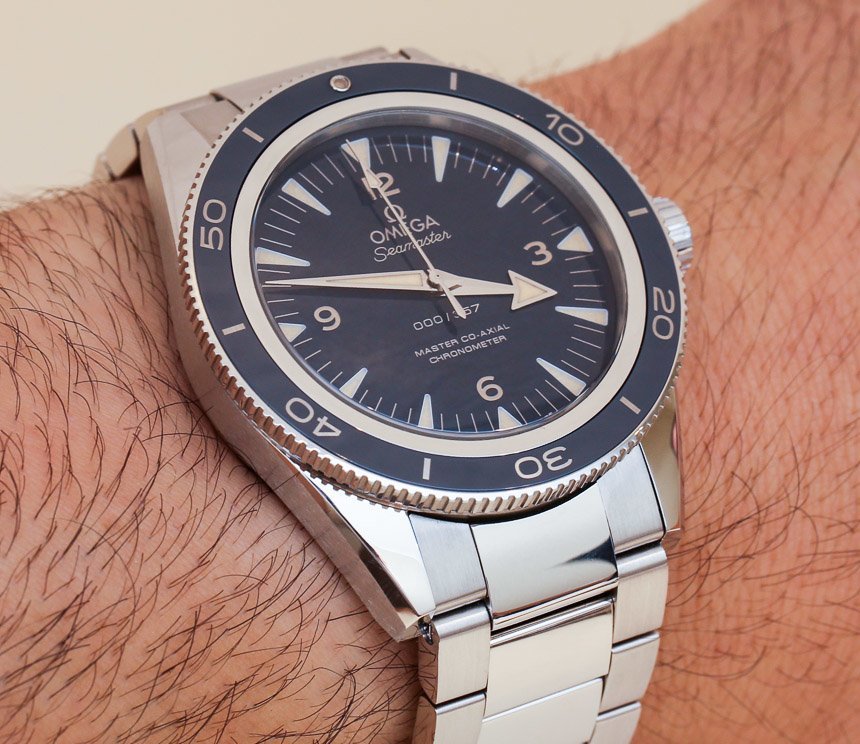 So moving forward when you see “Master Co-Axial” on an Omega watch you will know what it means. Of course the watch is also a COSC certified Chronometer. Inside the watch is a new movement known as the Calibre 8400 and it is in-house made by Omega. Essentially it is the same movement as the 8500, but without the date. Don’t forget the use of silicon parts (such as for the hairspring) and all the anti-magnetic stuff. Those who love the look of a classic dive watch should be more than happy about the clean looking dial unmarred by a date window.

Omega produces a range of dive watches with the major families being the Omega Seamaster Diver 300 M, the Omega Seamaster Planet Ocean, and the new Omega Seamaster 300. There are also a host of stand alone models such as the Ploprof. While the names can be confusing, each is visually very distinct. There is also a broad range of sizes and the Omega Seamaster 300 Master Co-Axial watch fits toward the middle with a 41mm wide case. Due to the large lugs it wears larger than it is, and retains the angular look of the original model from 1957. Overall the case looks great and fits very comfortably on the wrist. Those looking for a more rounded case (or something larger) can look at a Planet Ocean. 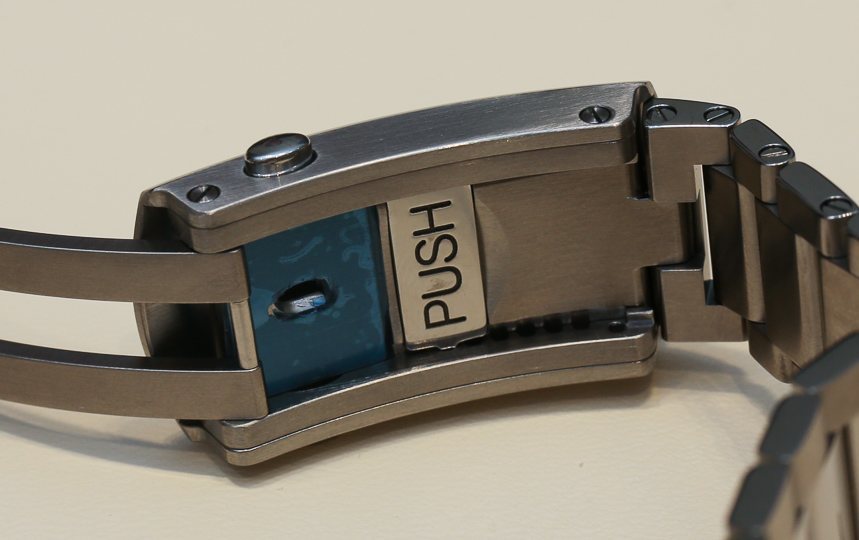