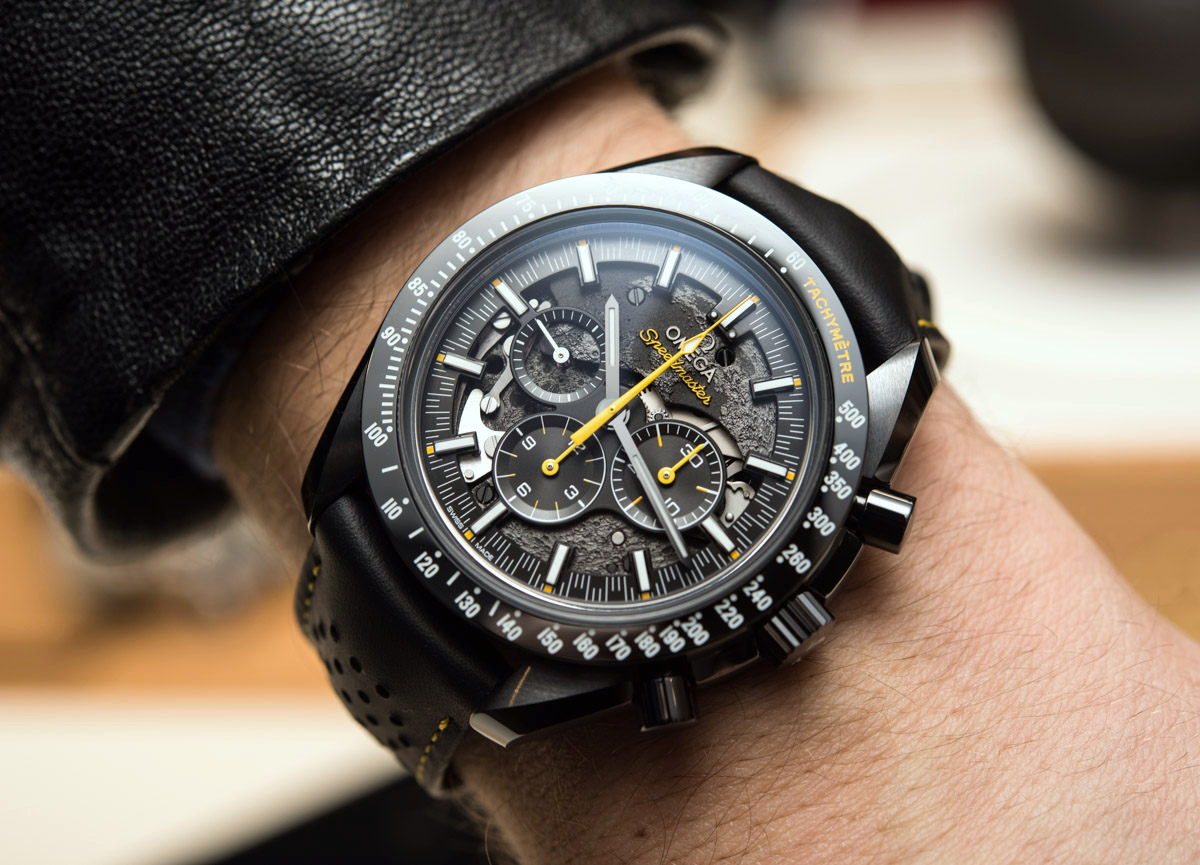 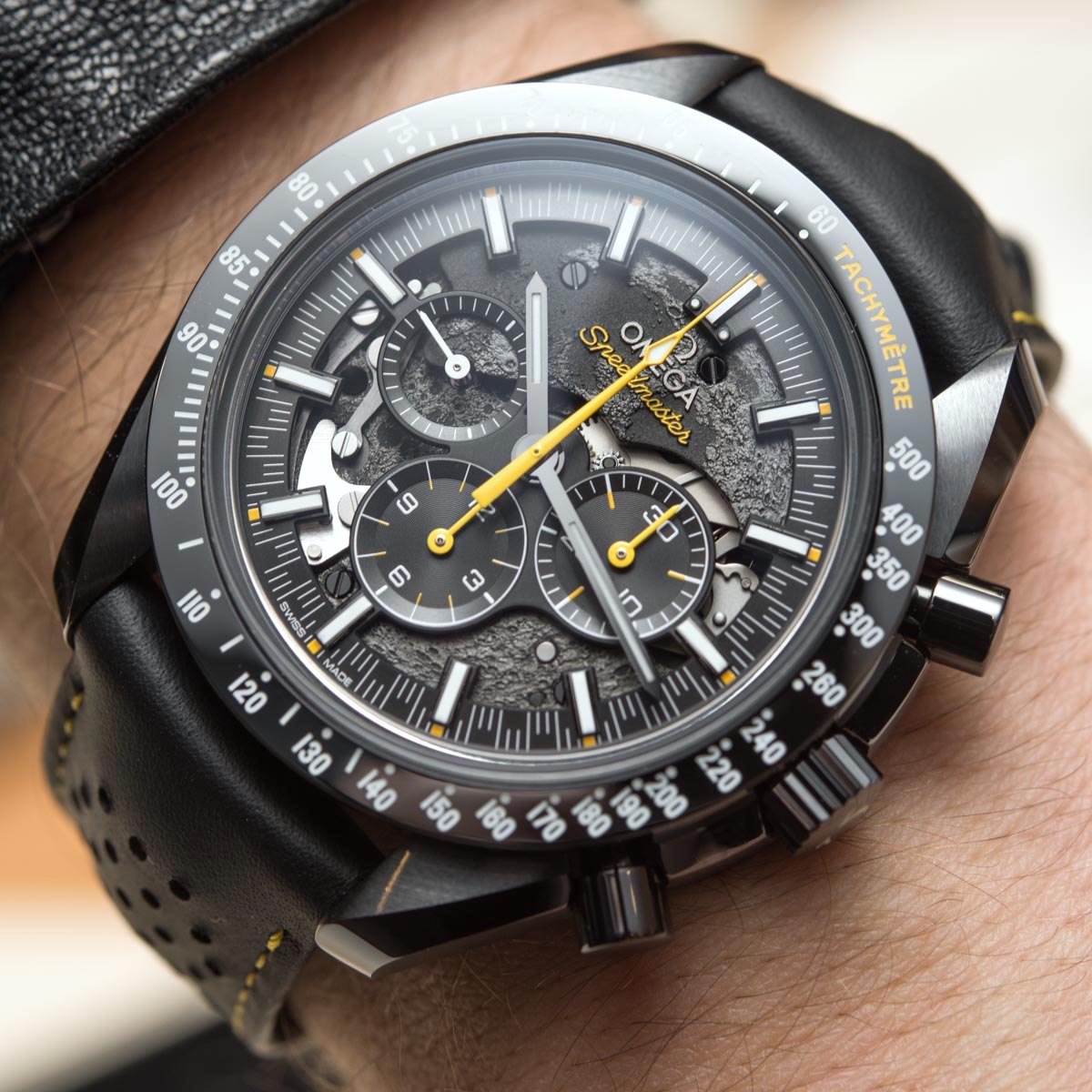 Credit where it’s due, I cherish every one of those exotic and rare occasions when I see proof for a big brand listening to its customers. Some of Omega‘s hot-sellers, including the awesome Dark Side of the Moon series were, according to many of the brand’s devoted followers, just too wide and too thick for their own good, forcing many to leave their wallets in their pockets and their otherwise much desired watches at the stores. Now, with this Omega Speedmaster Dark Side Of The Moon Apollo 8 we see yet another of those rare occasions when a brand listened and brought us a hot new release that answered their cries – even if this meant going against previous self-imposed rules or breaking through hitherto sacred glass ceilings in creativity. Behold, the slimmest and most wearable Omega DSotM yet. 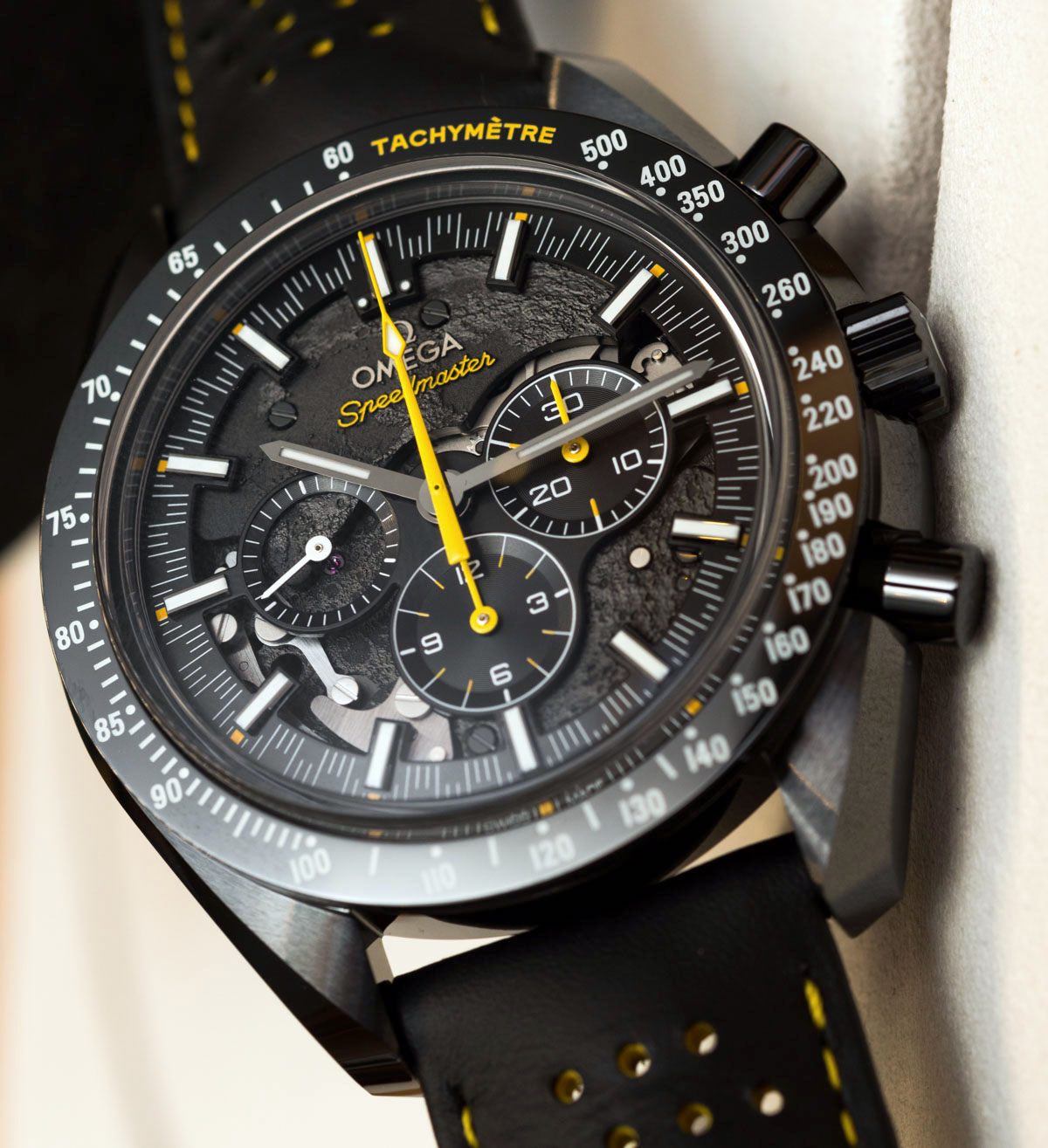 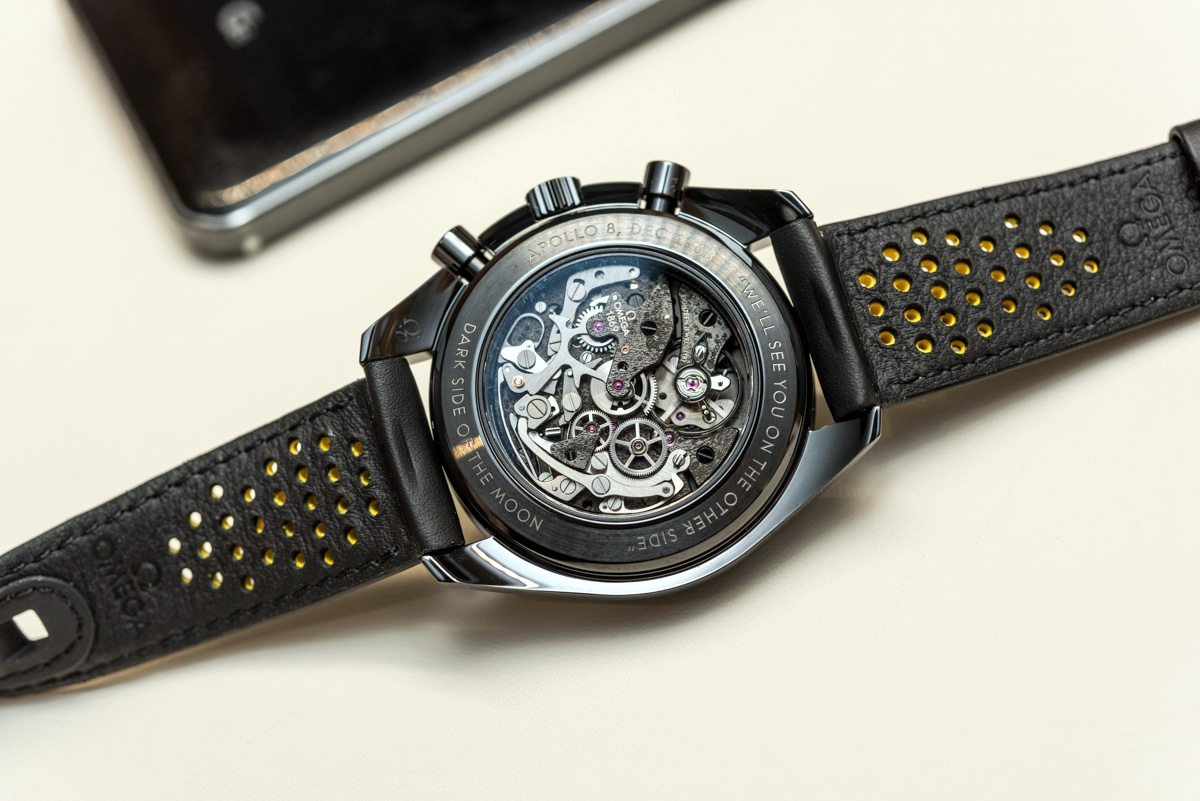 I said Omega turned against some hardcore rules with the Apollo 8 and I think understanding these is more important than knowing the Apollo 8 story inside out. To begin with, as we will see, the movement choice plays a major role in rendering this Apollo 8 as special as it is – and Omega’s choice of movement in itself is noteworthy for two reasons. First, it is very rare that we see a big brand place a “lesser” movement into one of its higher-positioned collections; and yet, that is what happened here. The fancy, endlessly refined, high-tech co-axial automatic chronograph of other DSotM watches was replaced by a new spin on the 1861 hand-wound caliber – more details on this later. Second, it is perhaps even more rare that we see a major brand creatively customize one of its core movements and yet, Omega has really gone out of their way to make this caliber 1869 (as it is called here) stand out. 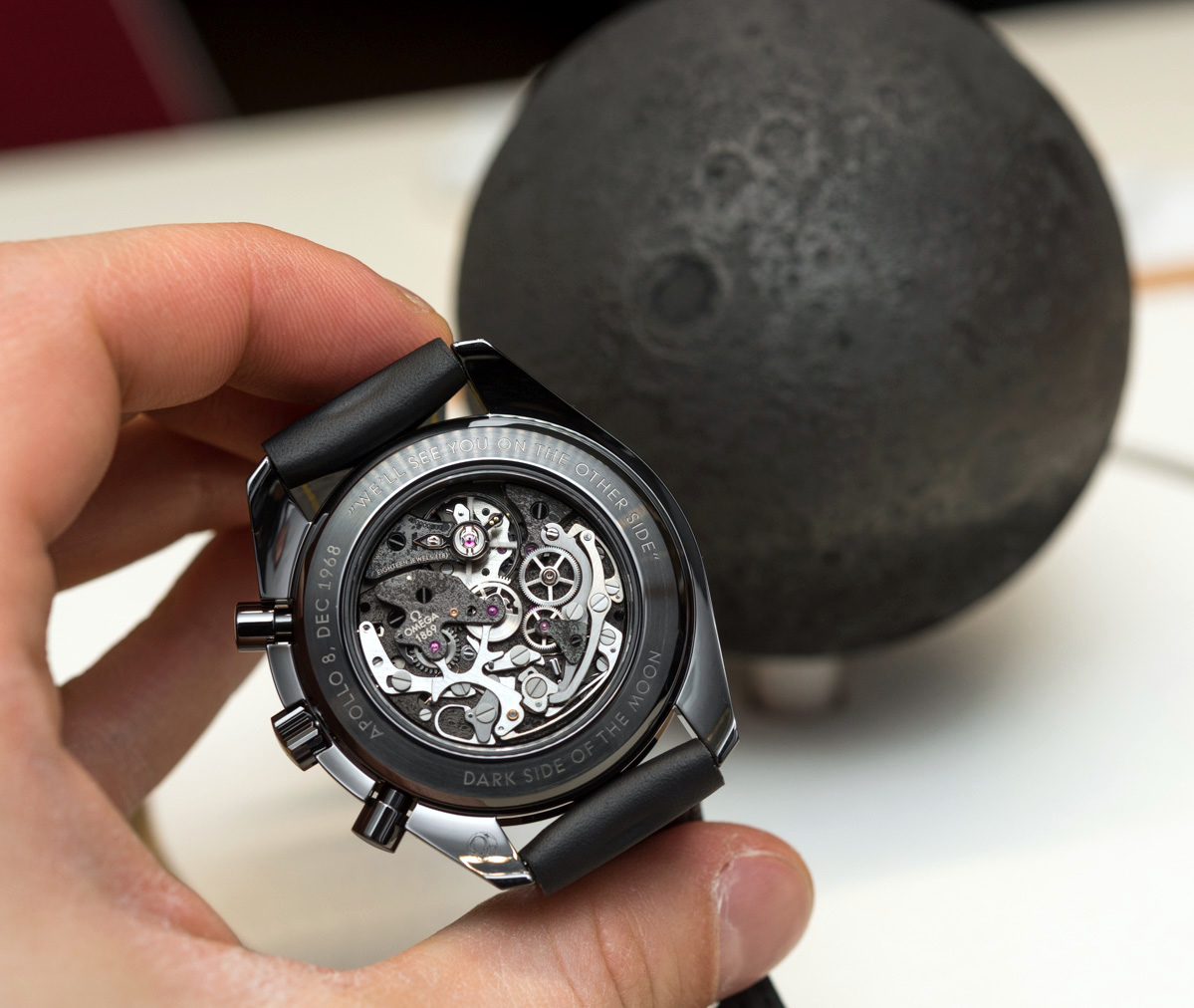 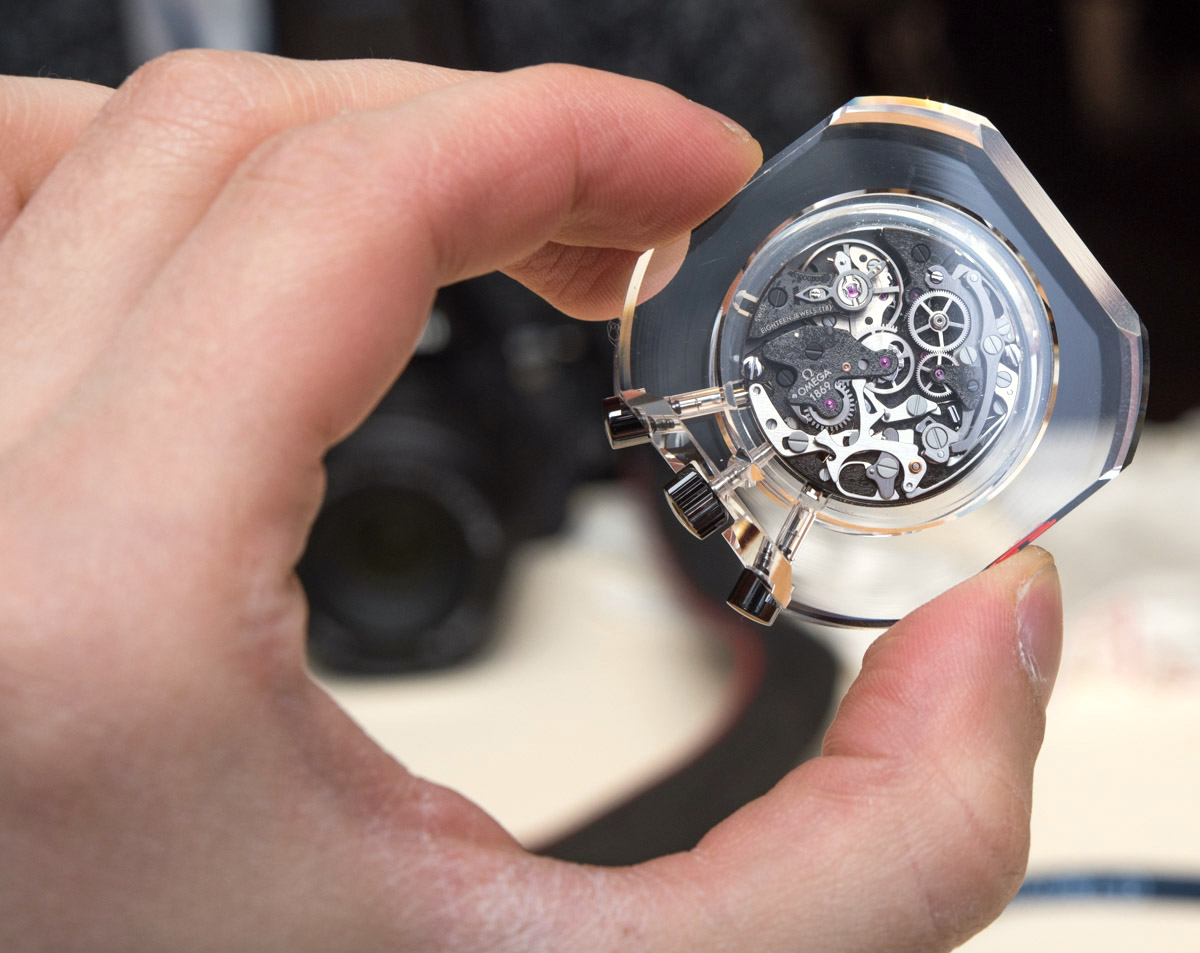 Beyond the issue of movements, Omega has also shown off its capabilities of – finally! – getting genuinely creative with the original Moonwatch look and produced something that, now that it’s here, makes me want to ask “why didn’t this happen sooner?” Again, I think we’ll agree it is exceedingly rare that we see major brands take this much liberty with a core product. To spice things up, Omega not only took things all the way, but have not chickened out of making the Speedmaster Apollo 8 a non-limited edition. Yes, you’re seeing this right: here’s a cool new Speedmaster that, shockingly, isn’t a limited edition, but will actually be available at boutiques – given that it’s successful, which is hard to believe it won’t be. 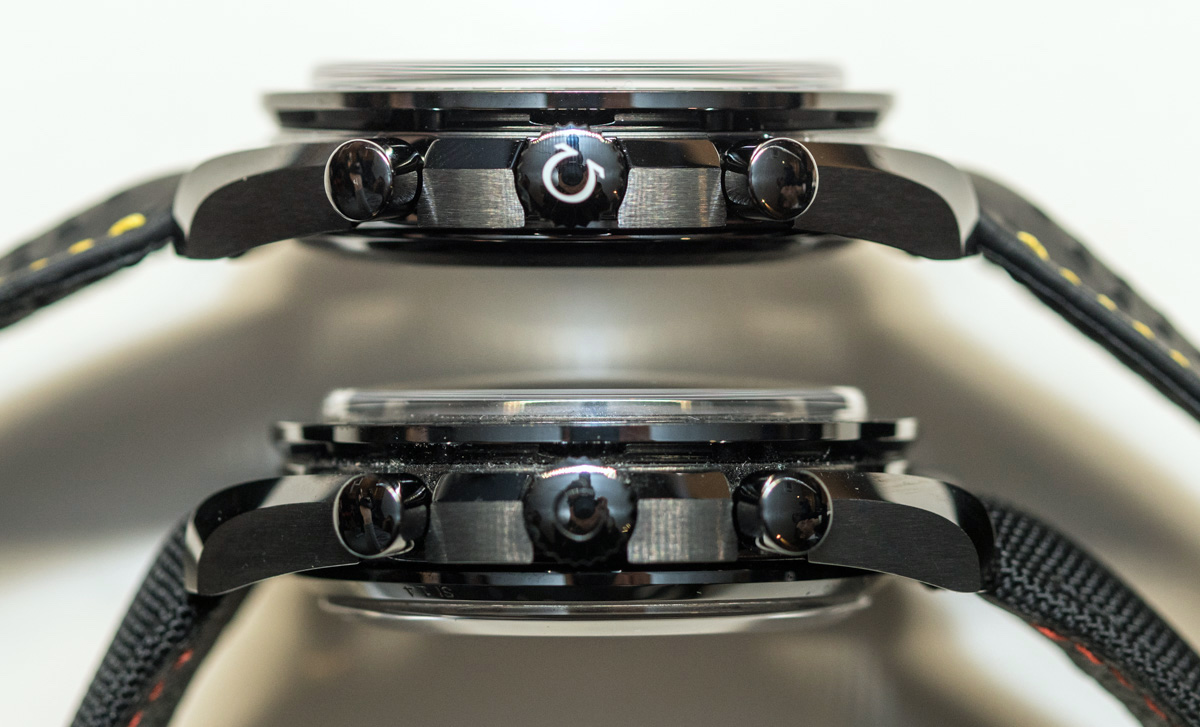 Cutting to the chase here, the reduction in thickness is as noticeable as it is awesome. That is very noticeable and very awesome. The previous versions were quite a bit of a burger, something they made up for with their bad ass space-age, black/grey/white ceramic Speedmaster vibe. The Speedmaster Apollo 8 serves as a remarkably intelligent, creative, and likable middle-ground between the badassery of the DSotM series and the romantic Moon/NASA story-telling of the regular Moonwatch. 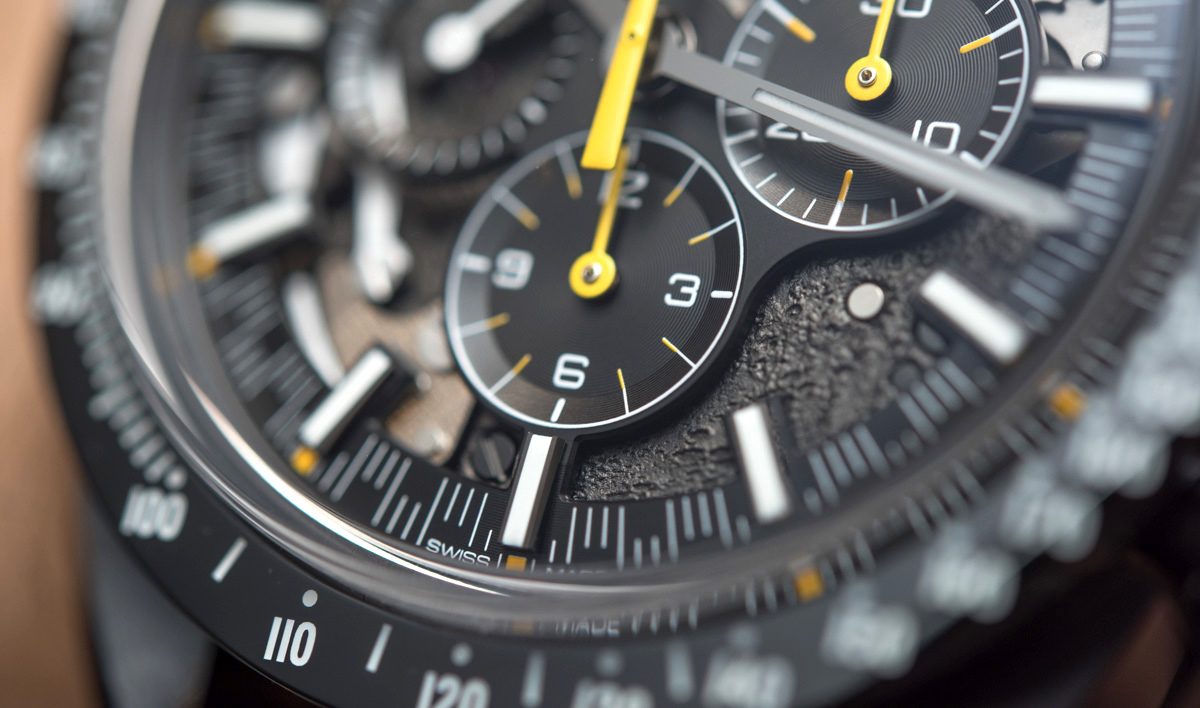 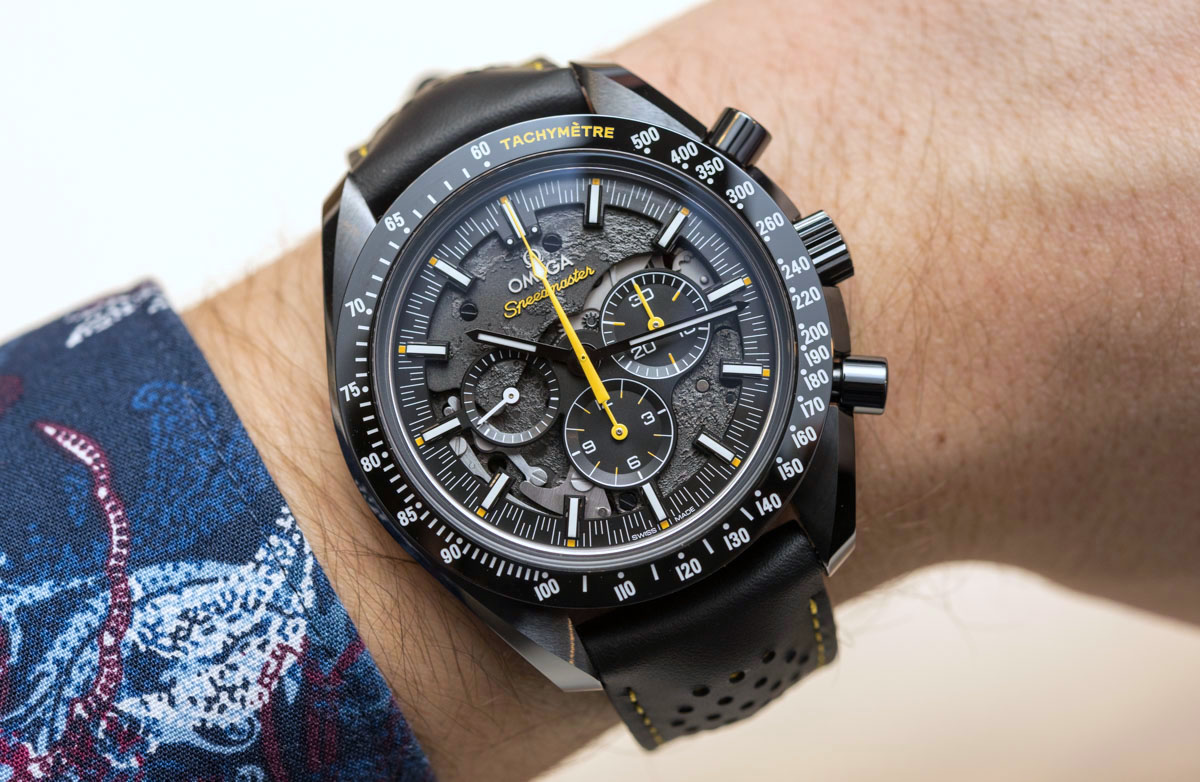 Don’t get me wrong, at 44.25mm wide, the non-limited edition Apollo 8 is as wide as its previous, modern styled, Moon-themed ceramic counterparts from Omega, but it, at last, looks and wears considerably smaller thanks to a noticeable reduction in its thickness. This is made possible by Omega setting its fancy and complicated co-axial movements aside – all of which come equipped with automatic winding – and replacing it with a customized version of the hand-wound caliber 1861 found in its classic Moonwatch and renamed to 1869 for this “Moonified” variant. 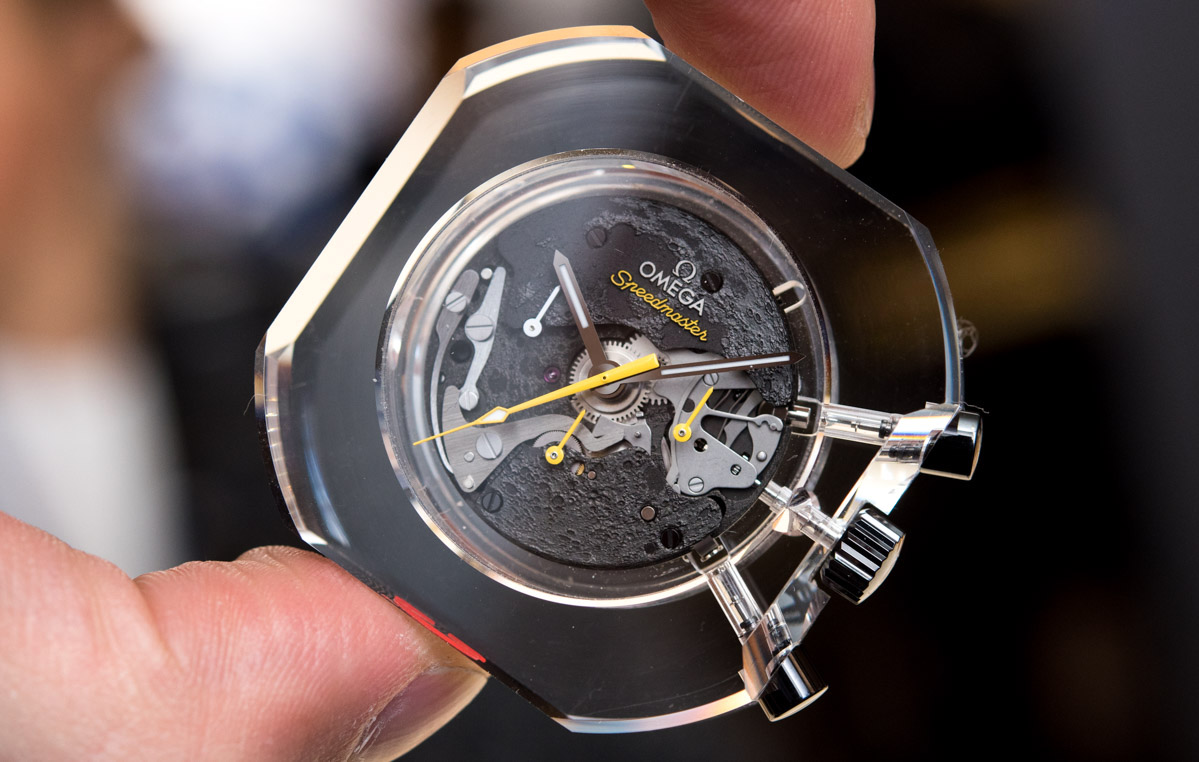 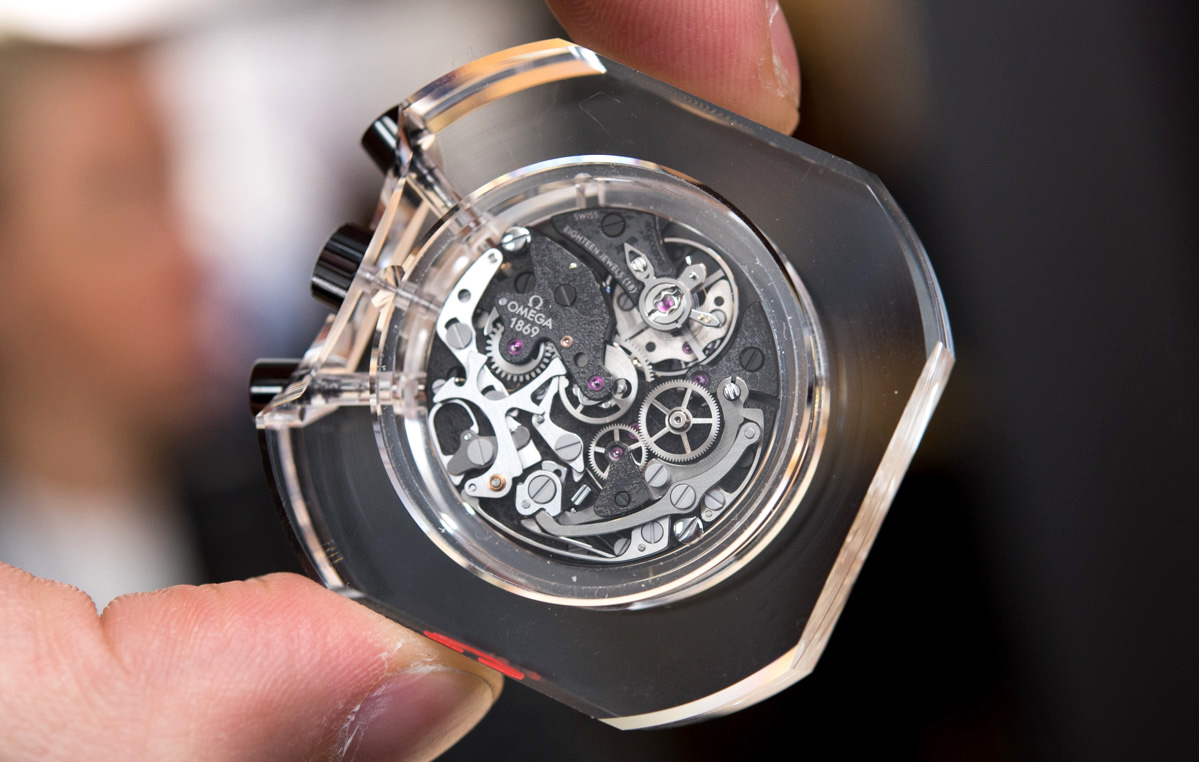 Losing the thick automatic winding construction meant that the case of the Omega Speedmaster Dark Side Of The Moon Apollo 8 could be 2.5mm thinner than those of previous DSotM watches, therefore now coming in at “just” 13.8mm thick. Yeah, that’s still substantial but, as you can see a few shots further above, this means that the watch can now at last lay flat on its lugs, as any dignified, non-obese watch case on a leather/canvas strap should be able to do.