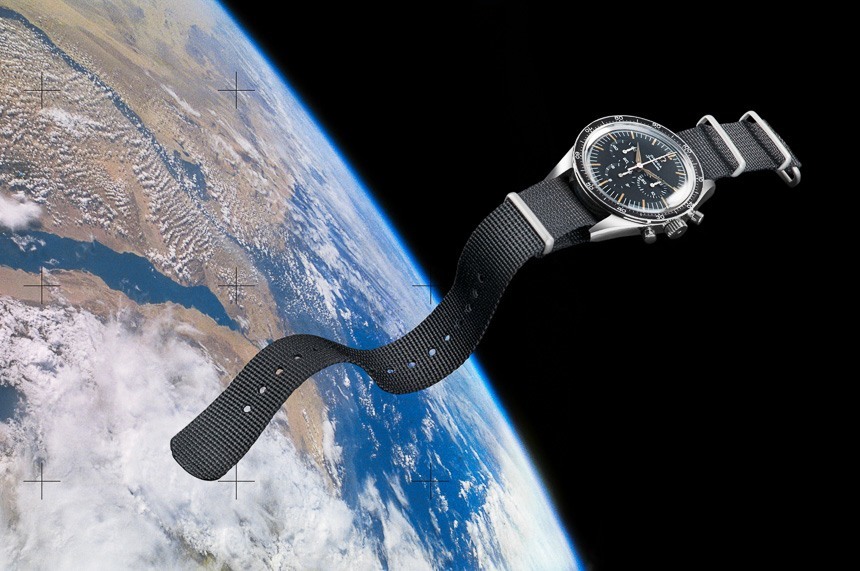 The Omega Speedmaster Professional Moonwatch is among the most famous historic watches of all times, and it still happens to be produced today. Here is some more of the “back-story” behind the iconic watch: Chances are that at some point today you’ve used a satellite. Whether TV, phone or internet, your digital footprint will have probably graced the heavens, tossed about by a network of delicate machines that shoot around the ball of rock we call home at over 18,000mph. But, 1,071 successful satellite launches ago, there wasn’t a single man-made device orbiting the Earth. Then, on October 4th, 1957, the starting pistol fired and the Space Race began.

The launch of the Soviet Sputnik 1 took US President Dwight D. Eisenhower by such surprise that he coined the term sputnik crisis in response to Russia’s success. But Sputnik wasn’t the only game-changing creation of 1957; the other was in Switzerland, in the shadow of the Neuchatel mountains: the birth of the Omega Speedmaster. To compliment Omega’s growing reputation for events timing (which included the Olympic Games) the Omega Speedmaster was designed as a sports chronograph with a tachymeter bezel for calculating speed. Little did Omega know what kind of velocities the Omega Speedmaster would have to endure.

The paths of NASA and Omega first crossed in 1962, following Kennedy’s inaugural promise to make an American the first man on the moon. Donald ‘Deke’ Slayton, NASA’s head of flight crew operations, had two anonymous NASA officials choose a selection of watches from a Houston jeweler, Corrigan’s, and alongside a Longines Wittnauer, a Rolex Daytona, plus seven others that didn’t make the cut, they picked out an Omega Speedmaster Professional.

In a blind twist of fate, their decision to select Omega’s sports watch wasn’t a unique one; in the same year, astronaut Walter ‘Wally’ Schirra wore one as a backup for the clock on board his Sigma 7 spacecraft. He found it to perform faultlessly, enjoying it nearly as much as the steak sandwich stowed aboard by friend and fellow astronaut Leroy Gordon ‘Gordo’ Cooper. But Slayton’s concern wasn’t of the watch merely being in space; on the moon, the variation in temperature between light and shade was expected to be between -160°C and +120°C, far removed from the relative comfort of Sigma 7’s cockpit. This consideration prompted a series of grueling tests designed to push the three finalists, the Rolex, Longines and Omega, to the breaking point.

The torture Slayton had in mind—unnervingly titled “Qualification Test Procedures”—was long, invasive, and thorough. It was 1965 when the tests were undertaken, and they included: a high temperature test of forty-eight hours at 71°C followed by thirty minutes at 93°C; a low temperature test of four hours at -18°C; a near-vacuum test, again at a mix of high and low temperatures; a humidity test, with 240 hours spent at 95% humidity in a variety of temperatures and pH values; a shock test with six brutal 40g shocks in six different directions; an acceleration test from 1g to 7.25g in 333 seconds; a decompression test at a variety of temperatures; a high pressure test at 1.6 ATM for an hour; a vibration test of three thirty minute cycles of varying frequency at an average 8.8g per impulse; and an acoustic test of 130db between 40Hz and 10,000Hz for thirty minutes. 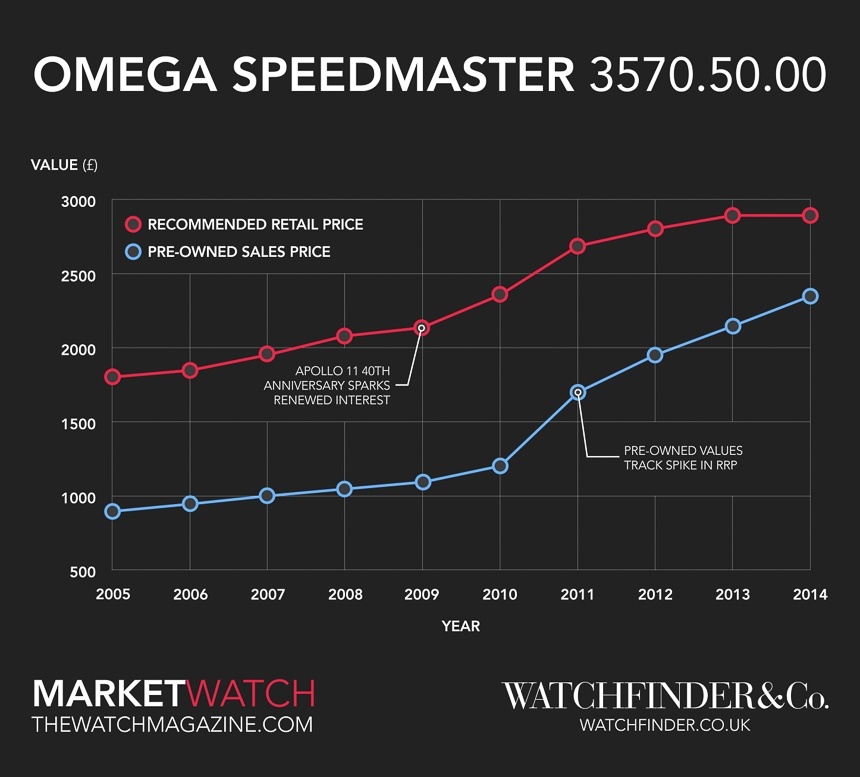 That same year, more news from Soviet Russia shocked the US; on March 18th, Alexey Leonov had spent a full twelve minutes outside his Voskhod 2 spacecraft, successfully completing the world’s first spacewalk (or EVA: Extra-Vehicular Activity). It was later revealed that Leonov had experienced huge difficultly operating in the weightless conditions as his suit had ballooned under its own pressure, hindering his re-entry to the capsule. He risked his life getting back in, not only from reducing the pressure of his suit to fit, but also from overheating in the vacuum of space. Russia did not attempt another EVA for four years.