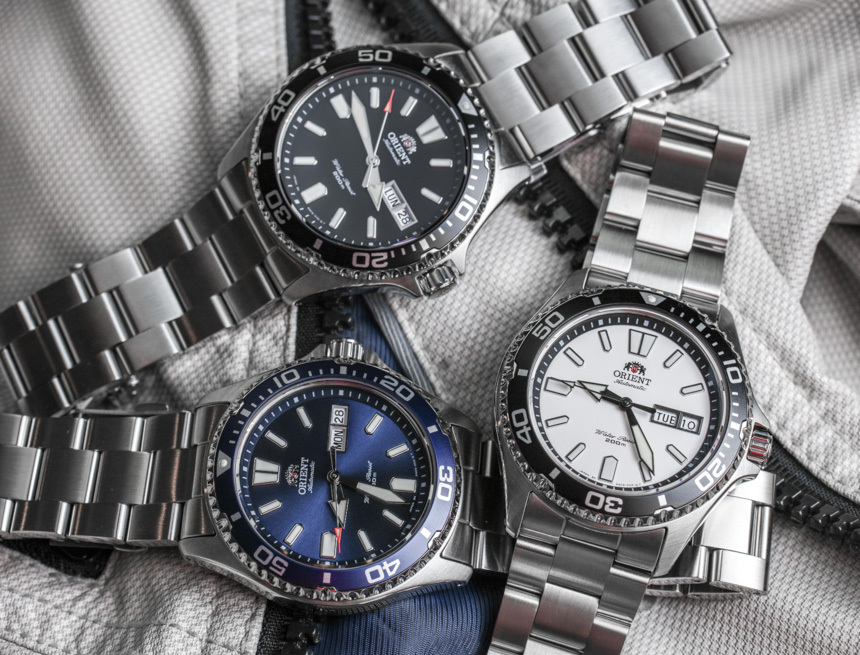 Orient USA has just released the newest and probably most desirable Mako models yet with the new Orient Mako USA II dive watches. Really just some incremental changes, but if you don’t have a Mako or have a much older one and want a very solid daily beater that just got even better, then right now might be the time to get one of these.

The Orient Mako USA II is a sort of combination of two watches. For years, Orient USA has been trying to come out with a better version of the Mako than was typically offered around the world in most other markets. Orient is based in Japan – where all of their mechanical movements are produced in-house. So the story of the Mako USA began with the original models (reviewed here last year in 2015). What really set those versions of the Mako apart was use of a sapphire crystal, as well as a better performing dial and some case upgrades such as solid end-links for the bracelet. What was missing there was a better movement that Orient had been working on for a while. 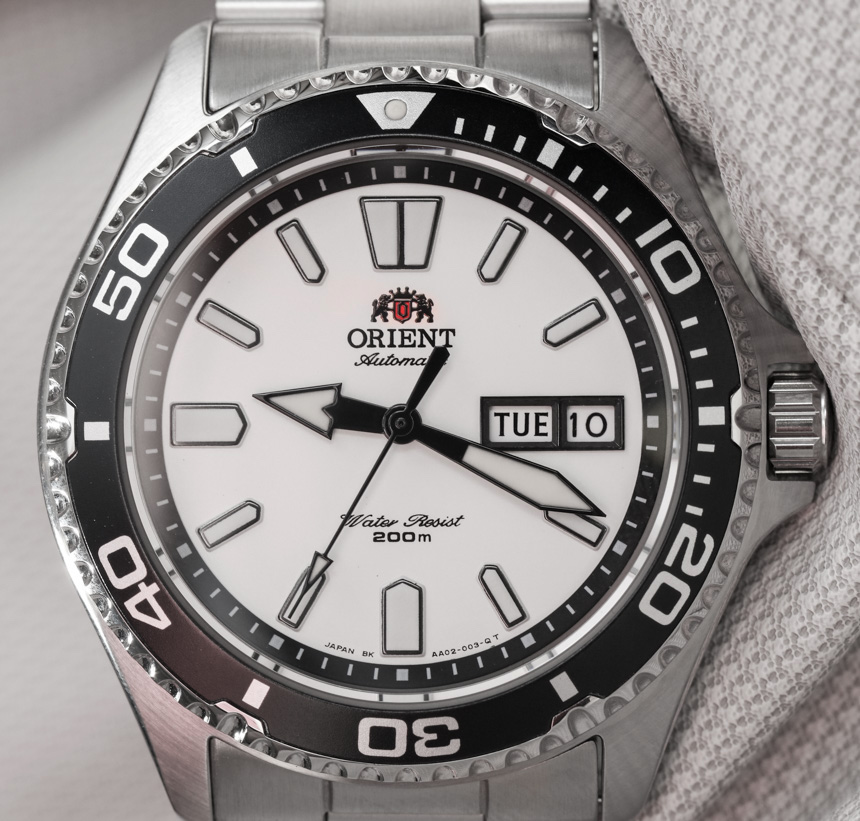 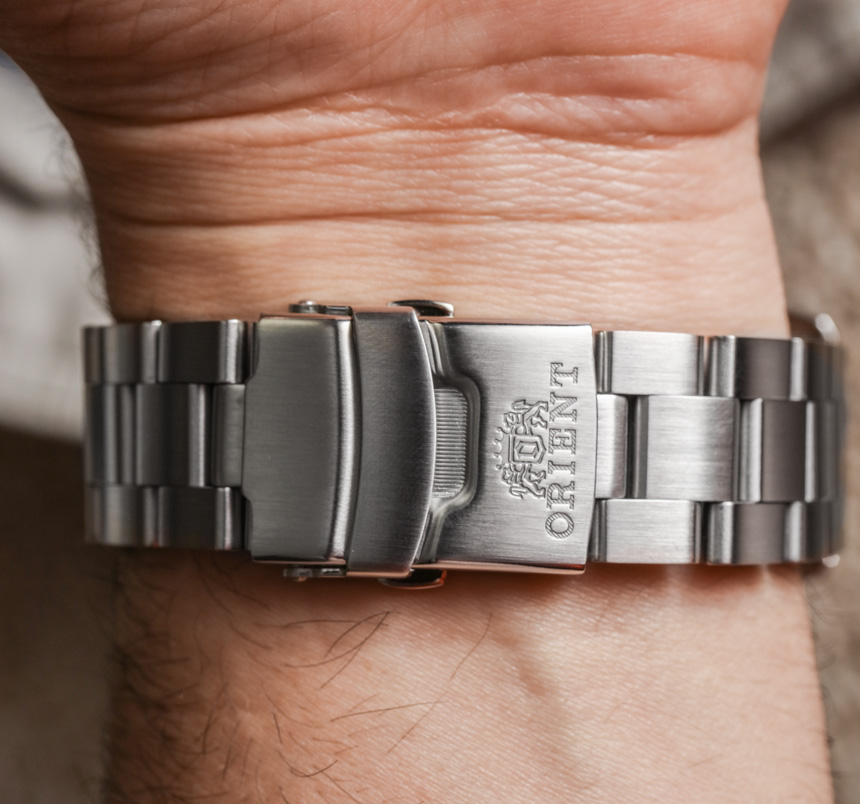 Just a few months ago, Orient debuted the Mako II and Ray II watches (each really only differ by dial style) that finally contained the movement everyone was waiting for. Yes, the new Mako II and Ray II watches increased the prices of the watches compared to those with the old movement by about $100, but I think that the upgrade is totally worth it to get the in-house-made Orient F6922 automatic movement. Now Orient USA completes their mission to get the best Mako USA watch by combining the look of the Mako USA with the Mako II… making for the Orient Mako USA II. 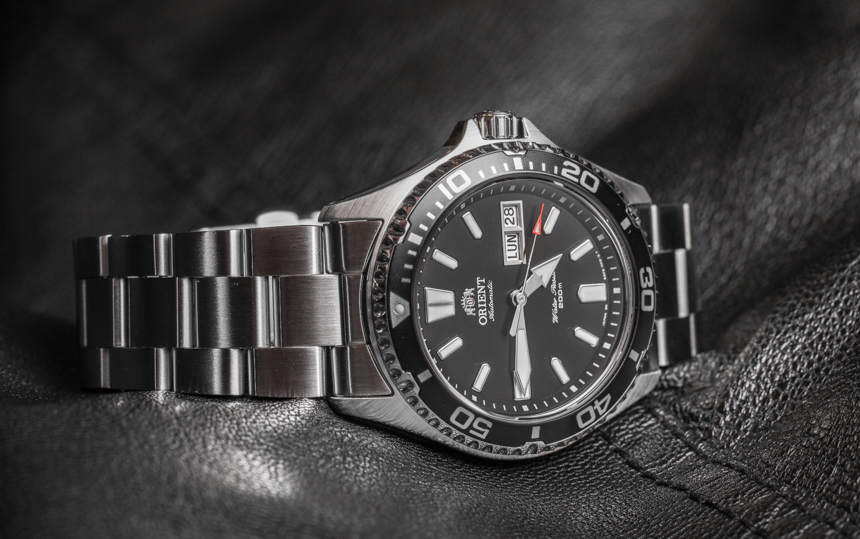 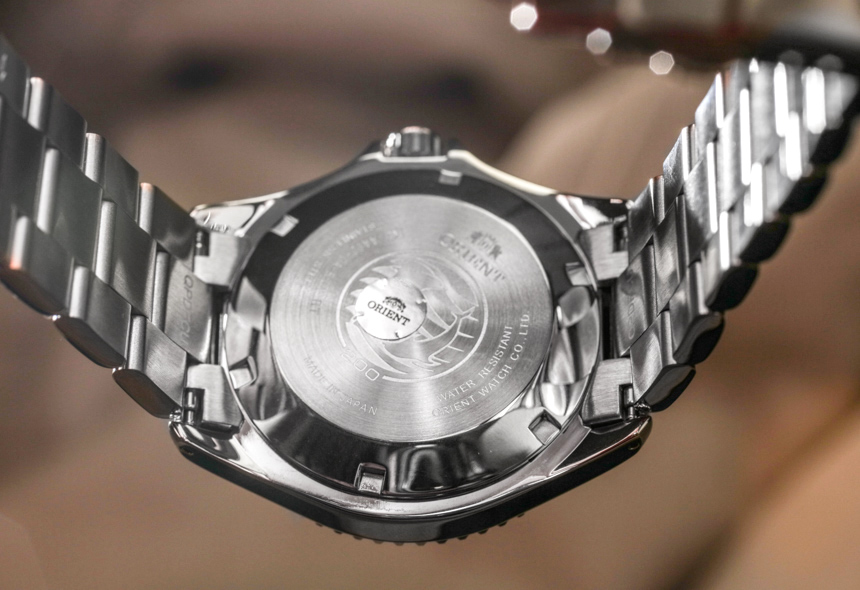 There are two very important things that make the caliber F6922 automatic movement desirable. First is the removal of the extra pusher at 2 o’clock which was used to adjust the day-of-the-week function. Now we have just a single crown (as there should be) to adjust the time, manually wind the watch, and of course adjust the day of the week and the date complications. Unlike the previous Orient 46943 movements (which did not offer hand-winding), the F6922 movements offer both automatic winding and hand-winding. Yes, this is something which is more or less standard on most higher-end automatic movements today, but Orient was using a rather aging movement platform given the rather low cost of the watches. Finally, we have something both modern and really affordable in Orient’s popular dive watches. 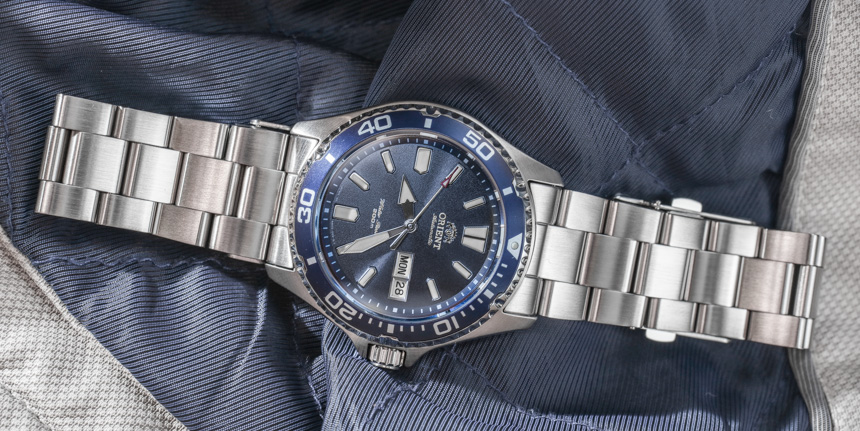 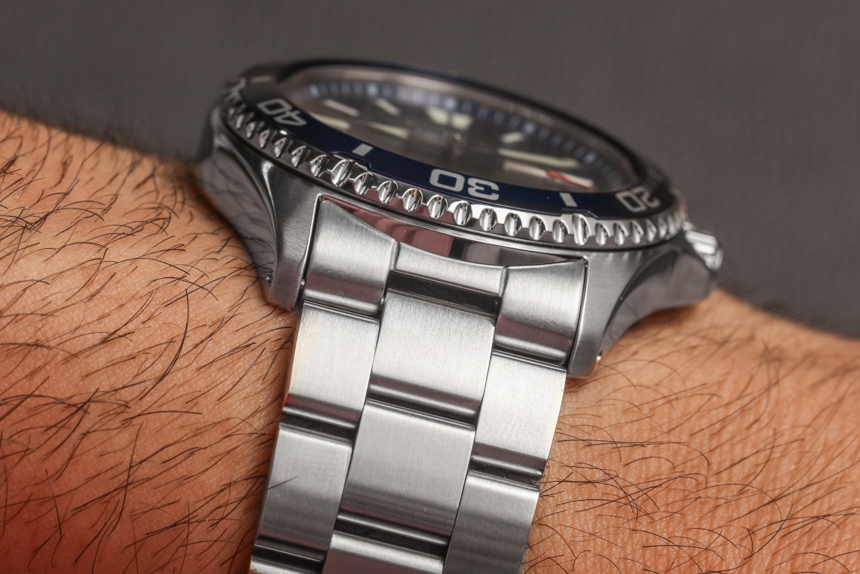 The caliber F6922 automatic movements have a power reserve of about two days, hacking seconds, and operate at 3Hz (21,600bph). It is really nice to finally wear a Mako and not see the extra pusher sticking out of the side. Even better is the ability to hand-wind the movements in addition to them being automatics. 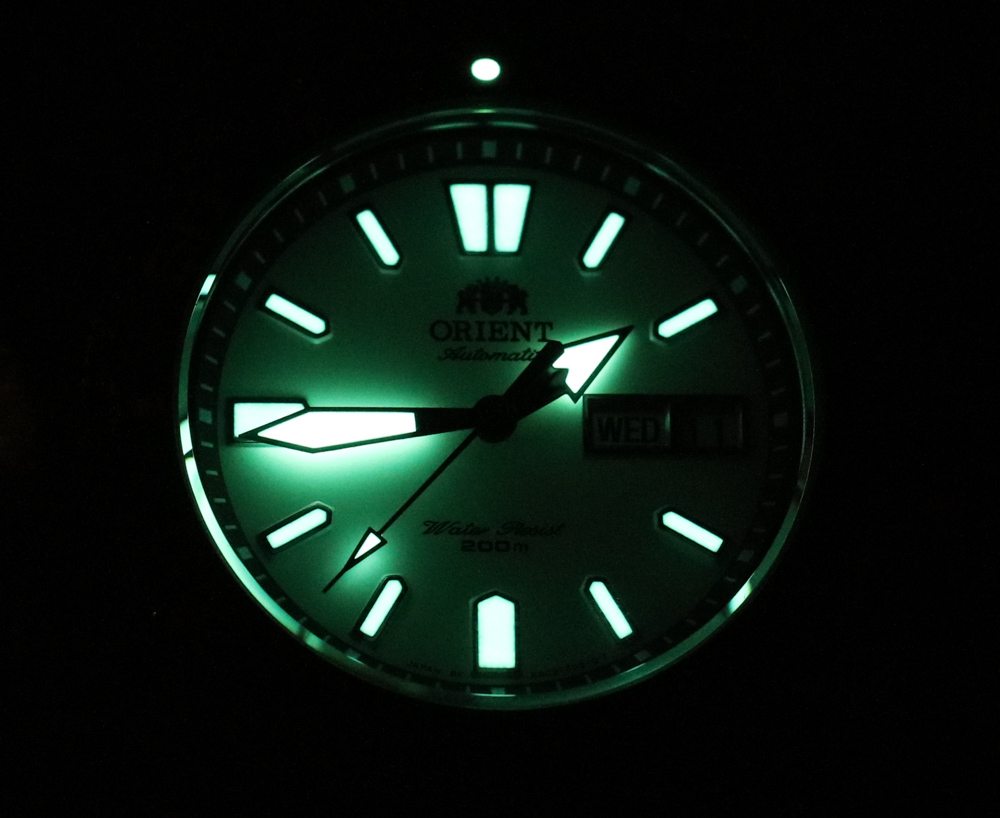 The case size of the Orient Mako USA II remains in line with the historical size which is 41.5mm wide and 13mm thick with a wide 22mm lug-width. The watches are also 47mm “tall” when measuring the lug-to-lug distance. At 41.5mm and with the rather wide bracelet dimensions, I’d say that the Orient Mako USA II watches actually wear a bit on the smaller side, but they aren’t per se small watches. The cases are water resistant to 200 meters, and for these watches Orient has further used their new 120-click rotating diver’s bezels which work better than the previous generation 60-click bezels. 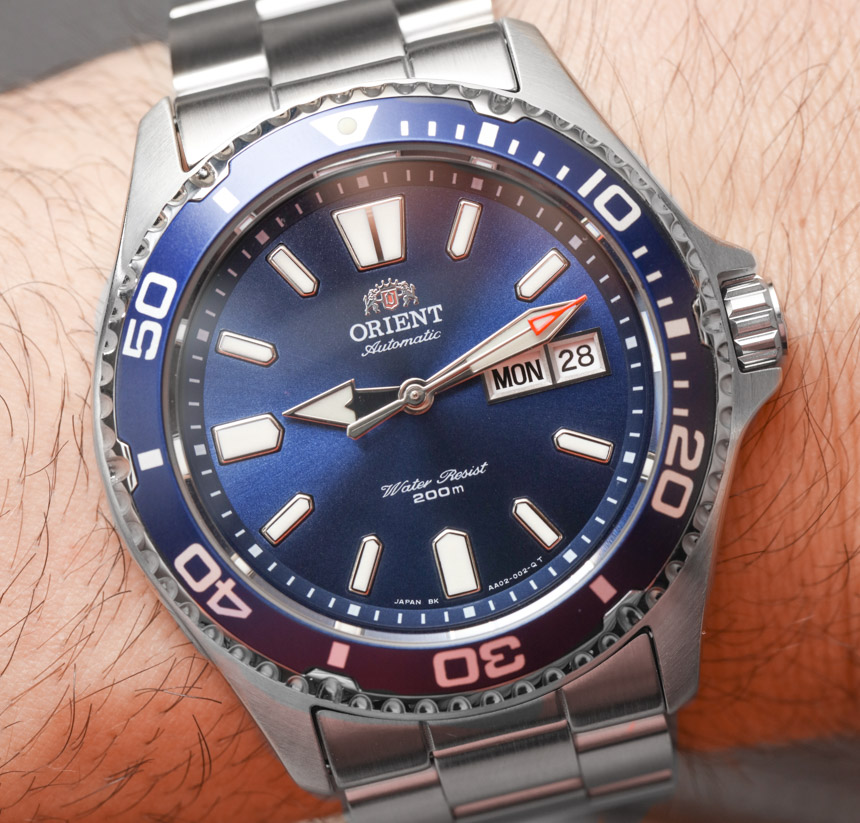 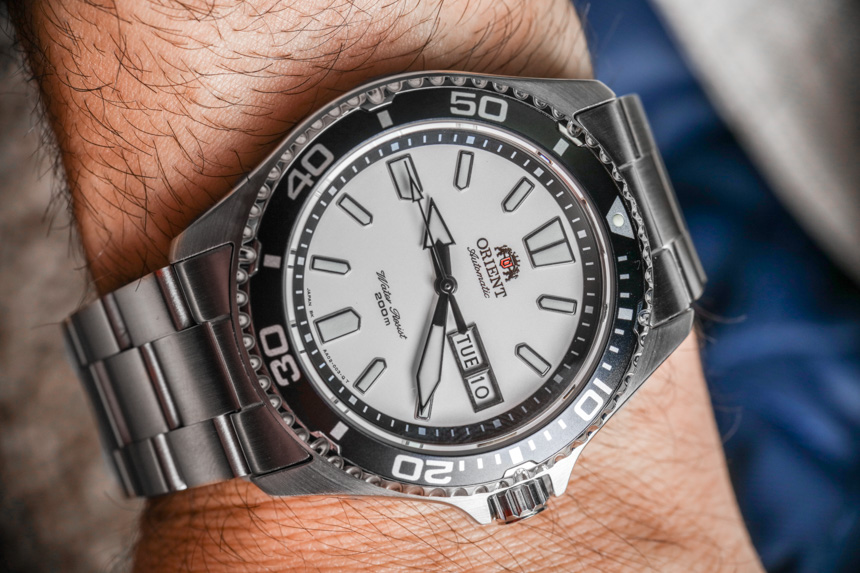 I also want to give kudos to the bracelet, which is among the finest I’ve seen in watches at this price. As I mentioned, the bracelet has solid end-links and also a nice triple-locking deployant clasp. One of the major reasons the original Orient Mako USA was designed was in order to offer better lume and legibility on the dials. The Orient Mako USA II watches use something called Nemoto Luminova. Not sure what that is, but I can say that the luminant is much better than previous Mako models. Once again, these watches also benefit from having a sapphire crystal over the dial as opposed to the mineral crystals used prior to the Mako USA being around. 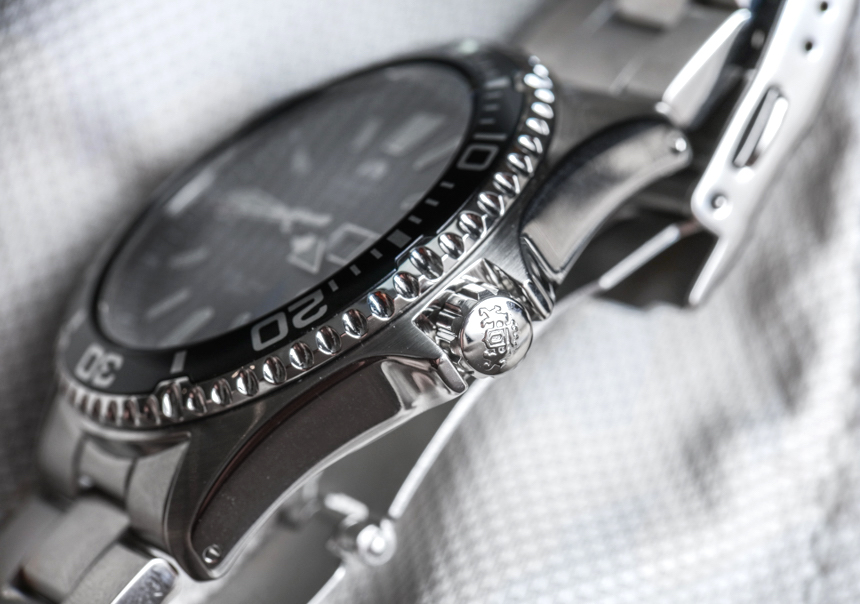 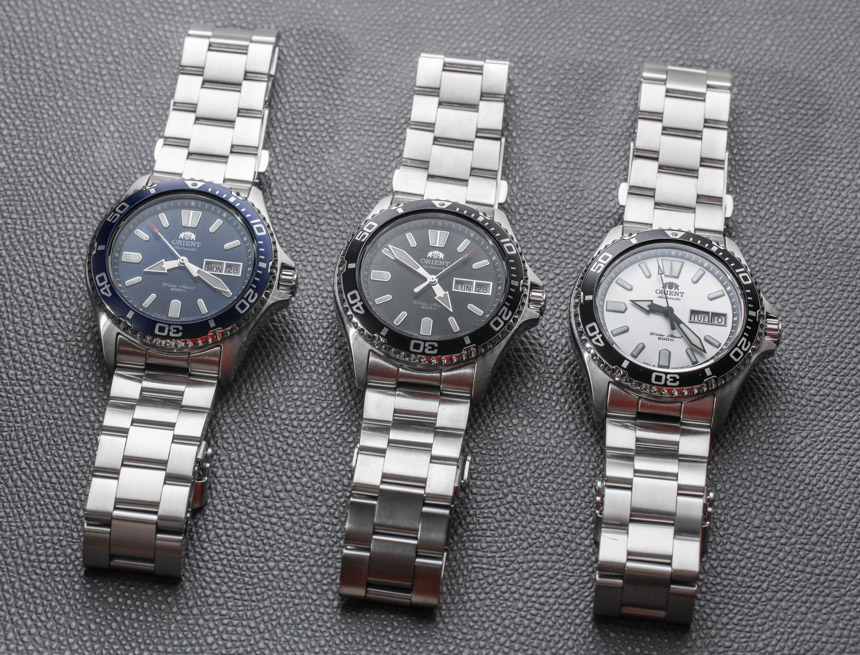