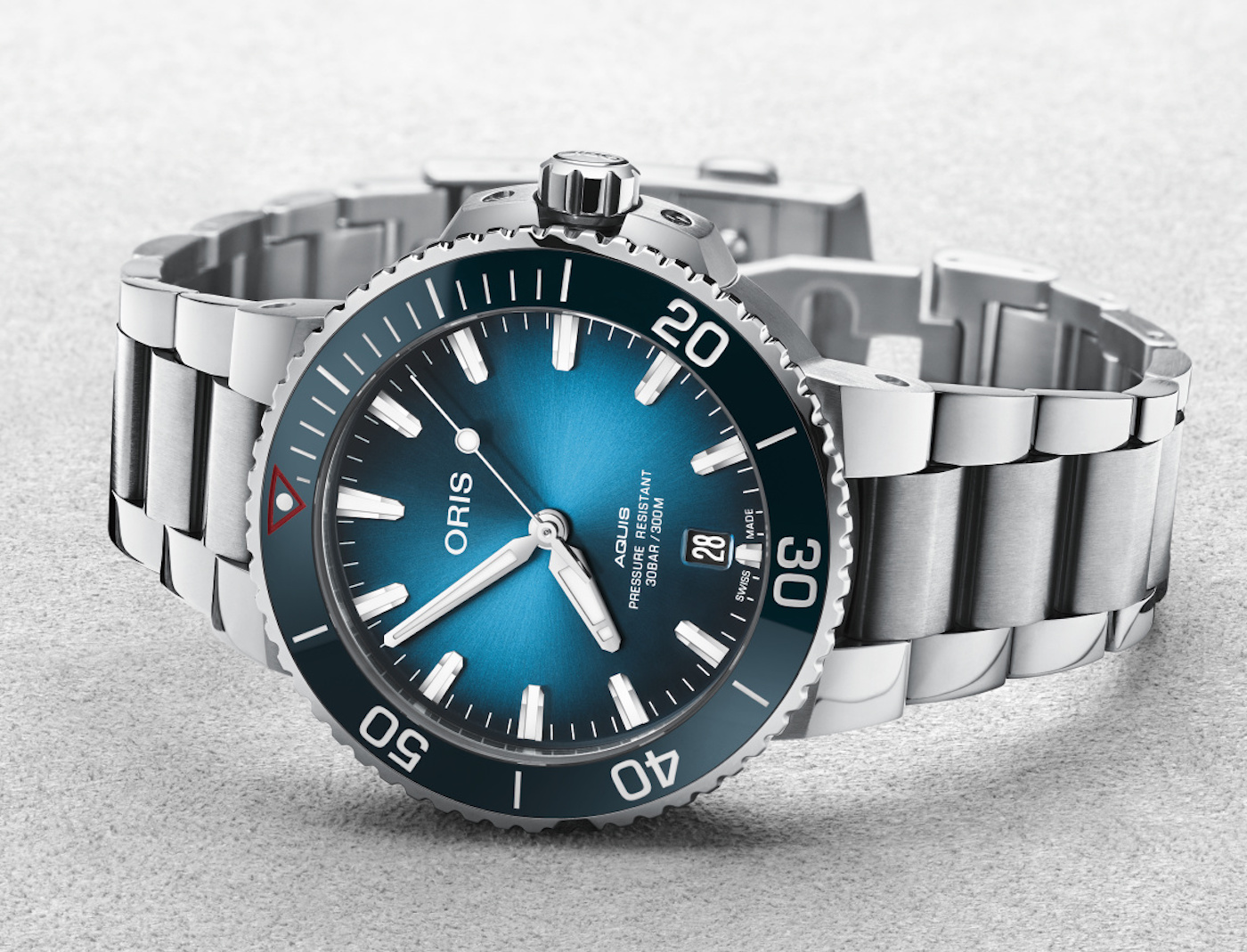 One of the things I have always admired about Oris is its commitment to making the world a better place. Previously, we’ve seen the brand make the Oris Hammerhead Limited Edition Aquis, where a portion of the sales of each went to a preservation fund for the Hammerhead Shark. We’ve also seen the release of the Oris Aquis Clipperton Limited Edition, whose sales support continued research on the isolated atoll. Lastly, Oris produced the Oris Staghorn Restoration Limited Edition, seen here, that partnered with the Coral Restoration Foundation to preserve the Staghorn Coral. There are several examples of brands supporting oceanic nonprofits like this one that we’ve covered. These are but a few examples of Oris’ philanthropic leanings, the most recent of which is the newly released Oris Clean Ocean Limited-Edition Watch. Available in a trim 39.5mm stainless-steel case with an aqua-blue ceramic uni-directional bezel and a sunburst aqua-blue dial. 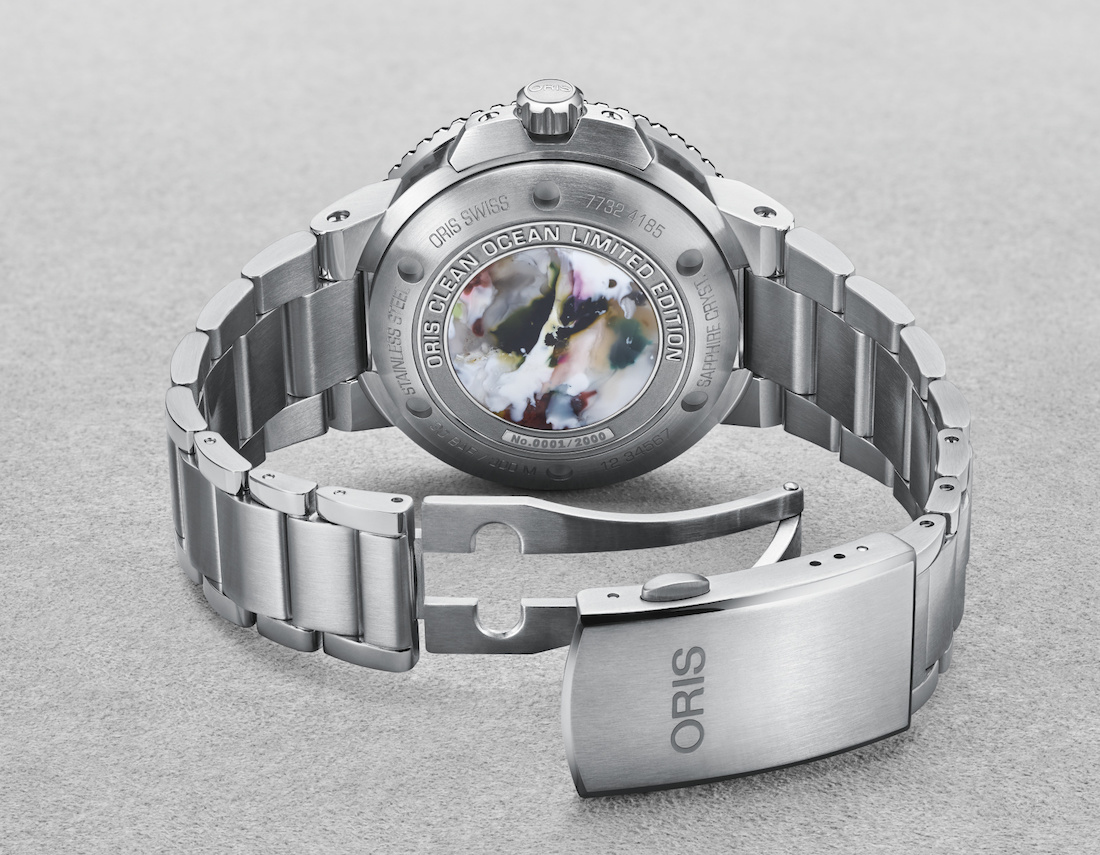 This watch is made in partnership with the Pacific Garbage Screening — a young organization that has been developing a new technology to filter plastics from our ocean’s ecosystem. As a symbol of this partnership, there will be a medallion of PET plastic inlaid into the caseback of each Oris Clean Ocean Aquis. Additionally, the watch will ship in an environmentally friendly box made from algae, and all of the plastic used in the packaging will be recycled. I find this, in particular, to be remarkable in an age which watch boxes are being made larger and larger. The effort made to reduce consumption, or at least transition that consumption to recyclable materials, is remarkable and should be celebrated. 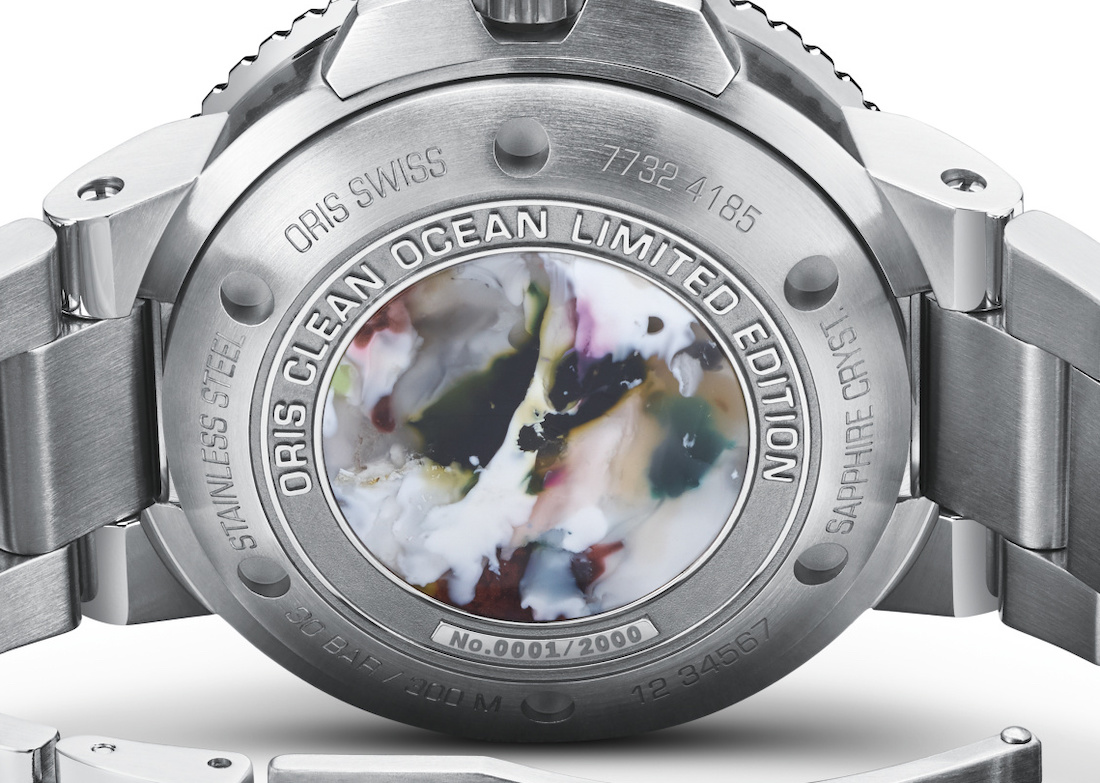 The watch, itself, has a lot going for it — while ceramic bezels have become table-stakes for dive watches, Oris has always done a really great job on its divers. The contrasting red triangle, while not echoed anywhere else on the watch, looks really nice and gives it a pop of a different color. The sunburst aqua blue/teal dial looks very well done and should cause this watch to really stand out on the wrist. This Aquis, like its peers, will be powered by the Oris 733 movement, based on the Sellita SW200. This 26-jewel movement features a 38-hour power reserve and ticks away at 28,800vph. 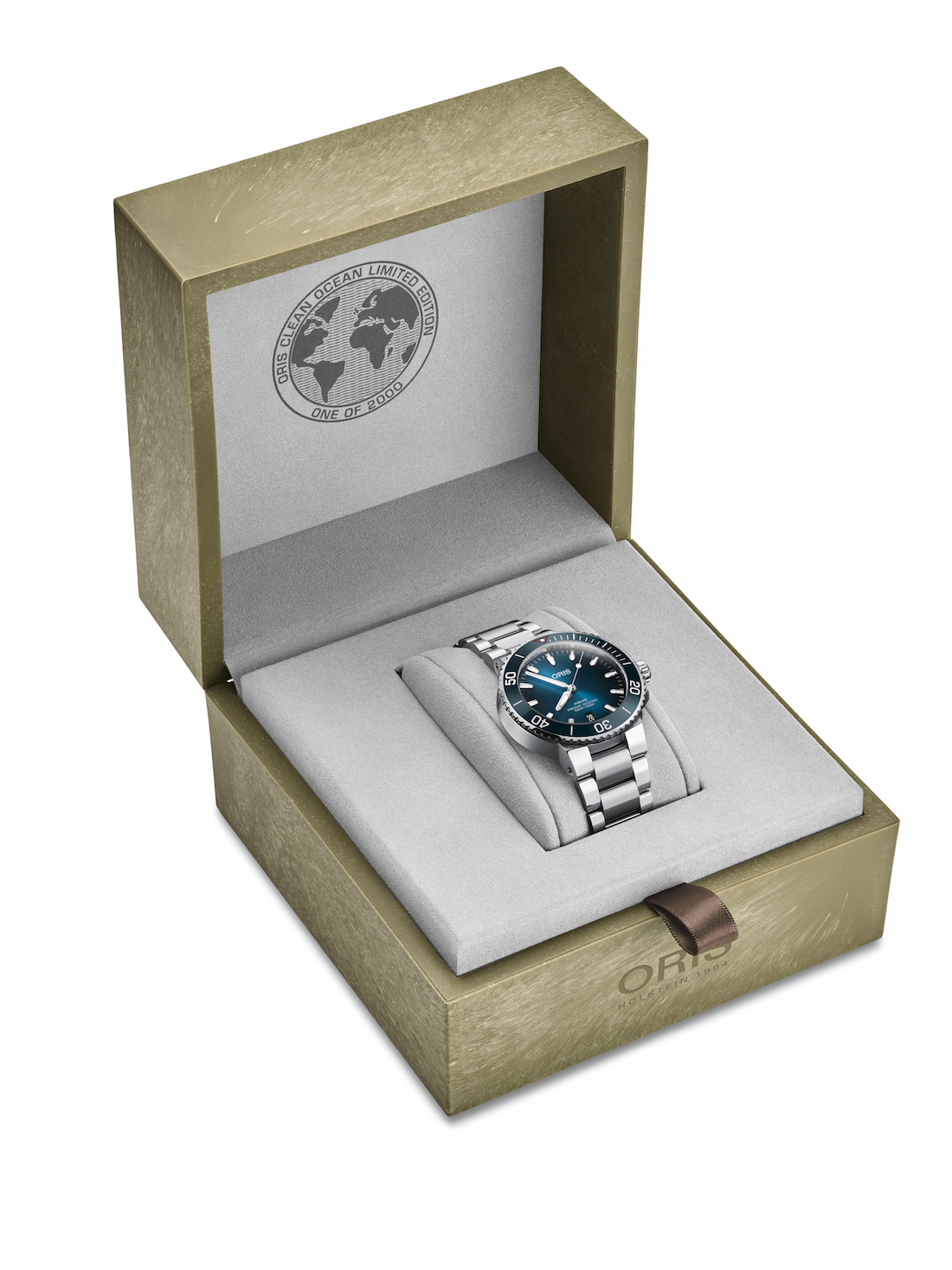 I personally love that Oris does this, and I have often thought that its limited-edition Aquis models are some of the cooler watches I’ve seen from them, at least in the diving landscape. This one, in particular, is a looker, especially with that lovely dial. However, there are some areas in which I’d love to see Oris go further. The biggest would be to move away from the Selitta based movements and start to investigate some longer power reserves. The Oris Clean Ocean Limited-Edition Watch will be available starting in June 2019, limited to 2,000 pieces. These will be priced at CHF 2,200 — for more information head on over to oris.ch.