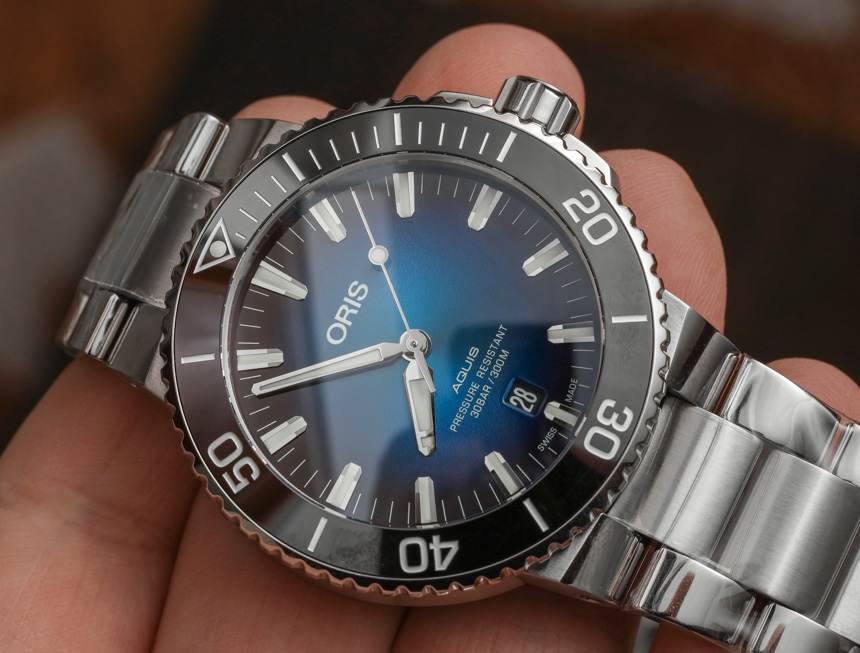 As we look back on the biggest trends of 2017, the heritage movement might still be white-hot, but let’s not forget that some of the year’s most interesting watches have been unabashedly modern, with an aesthetic all their own. The Oris Aquis collection has long carried this distinction, and for 2017, enjoyed a slew of fresh updates to the founding design – the first set of updates since the indie Swiss brand introduced it in 2011. We recently had a chance to check out the newest addition to the Aquis family – the striking Oris Aquis Clipperton Limited Edition – while on an early preview of Oris’ 2018 Baselworld offerings in Colorado. 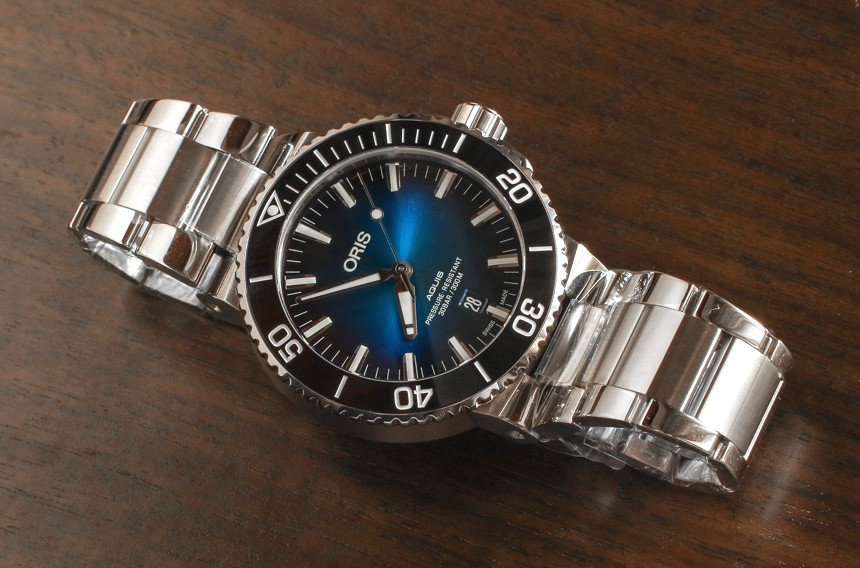 Now, if the name ‘Clipperton’ sounds familiar, you might remember we spent 16 days on this tiny, incredibly remote atoll in the Pacific (some 768 miles south of the Baja Peninsula, to be exact), attached to the Big Migrations II research expedition, which was partially underwritten by Oris. The mission’s aim was to conduct exhaustive surveys of the surrounding reef, study man’s impact through debris on the island, and tag sharks. Granted, though this particular expedition itself is complete, a portion of the proceeds of each purchase of the Clipperton Limited Edition will continue to support various ongoing research objectives around the atoll, while also helping raise general awareness, which will hopefully establish a more permanent protected migration corridor between the Baja Peninsula and Chile. 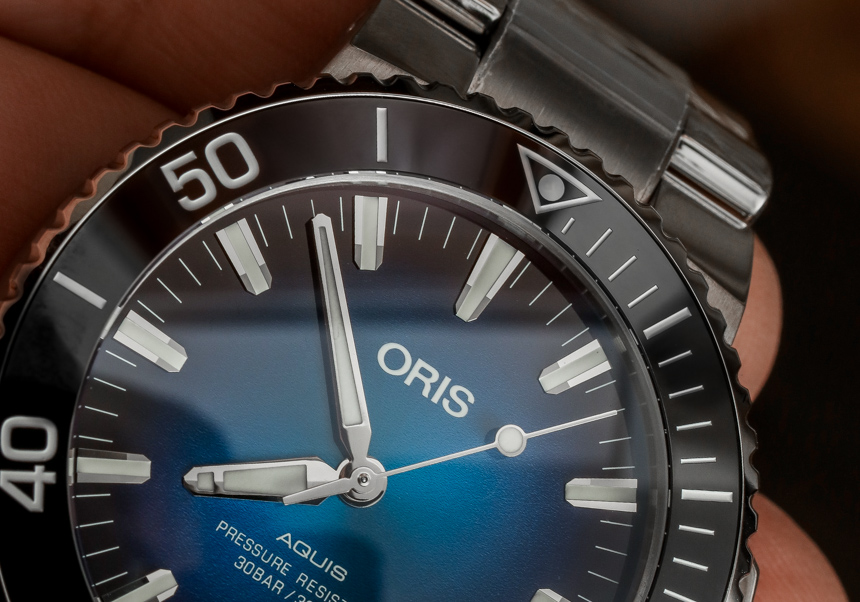 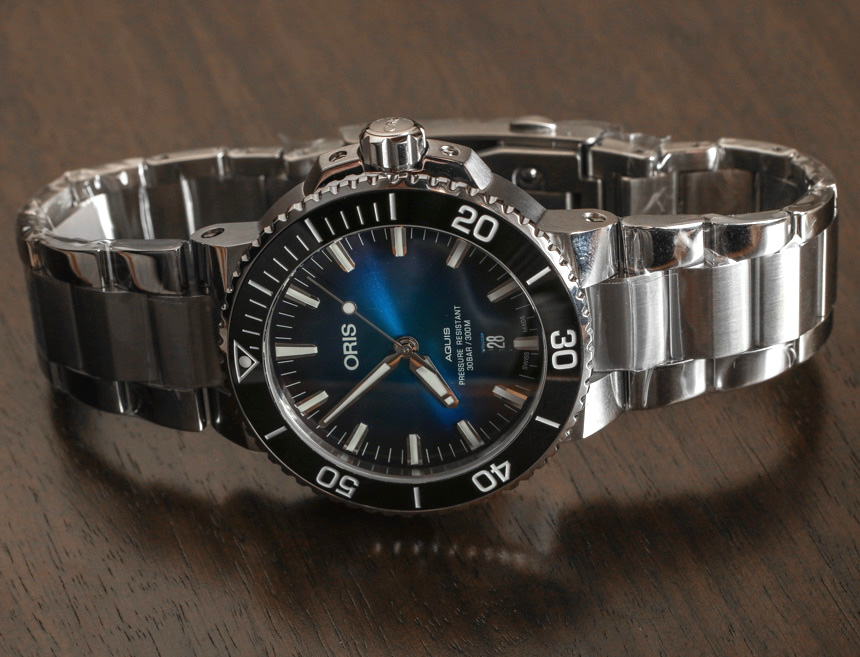 But back to the watch itself. As mentioned, the Aquis has matured nicely in its six years on the market – an age that’s reflected in the slightly more grown-up aesthetic updates to the 2017 editions. In keeping with the spirit of the Aquis as a versatile, capable, and purely modern sports watch, Oris focused its revisions around core elements like the dial and case, but kept its edits relatively light, and most readily apparent to a trained eye. 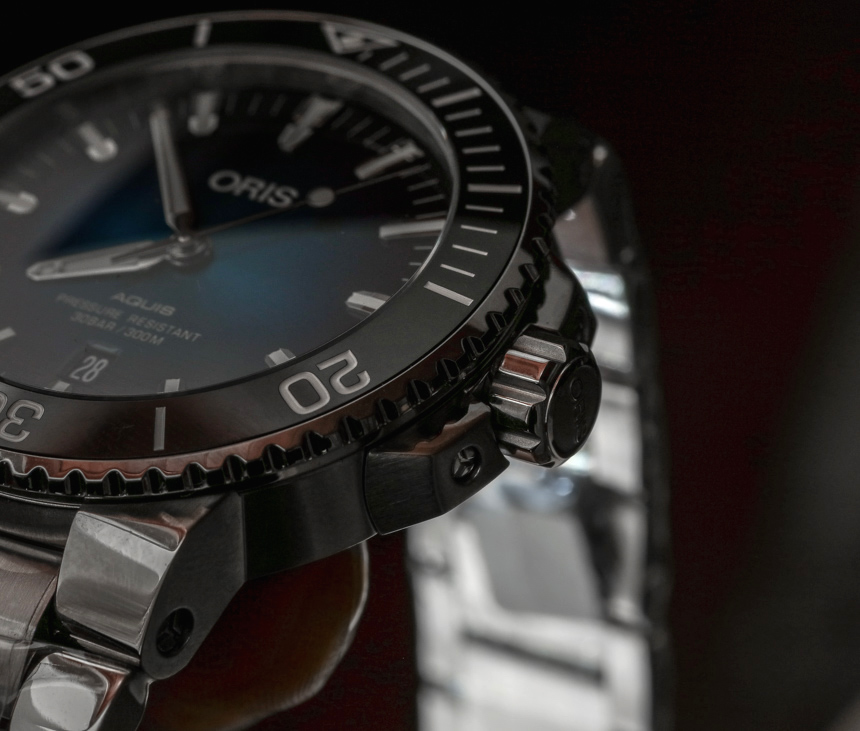 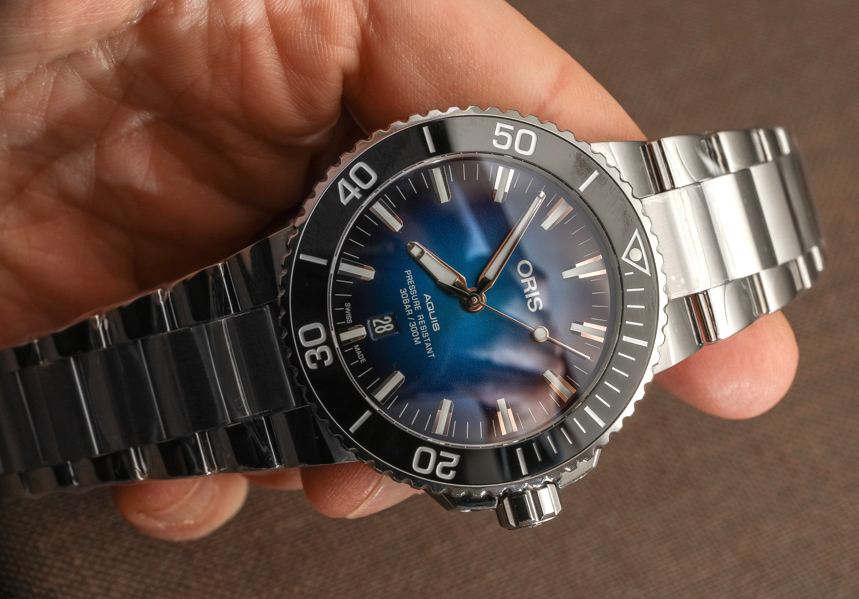 The Aquis is something of an anomaly in modern dive watch architecture, as its multi-piece stainless steel case construction and key design signatures are largely its own. However, its first generation was known for being somewhat visually heavy – a characteristic which the revisions seem to have been focused on reducing, while improving overall wearability. To get there, Oris put the case, crown guards, and bracelet on a strict diet, while deploying a slimmer new spear-shaped handset, along with a set of hour indices which are now beveled and sloped inwards towards the center of the dial, creating a thinner, lighter, and more lively wrist presence under the right light. 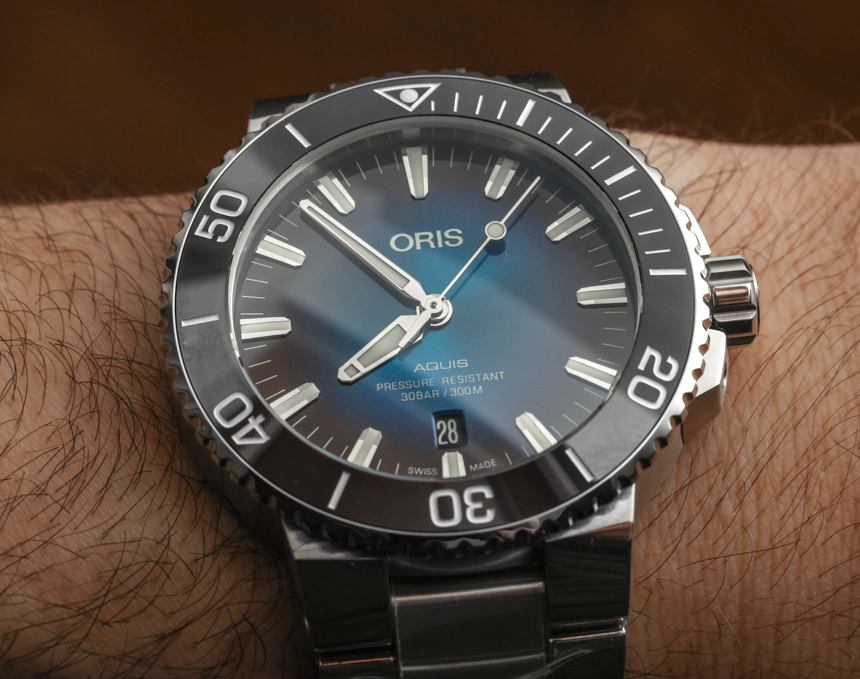 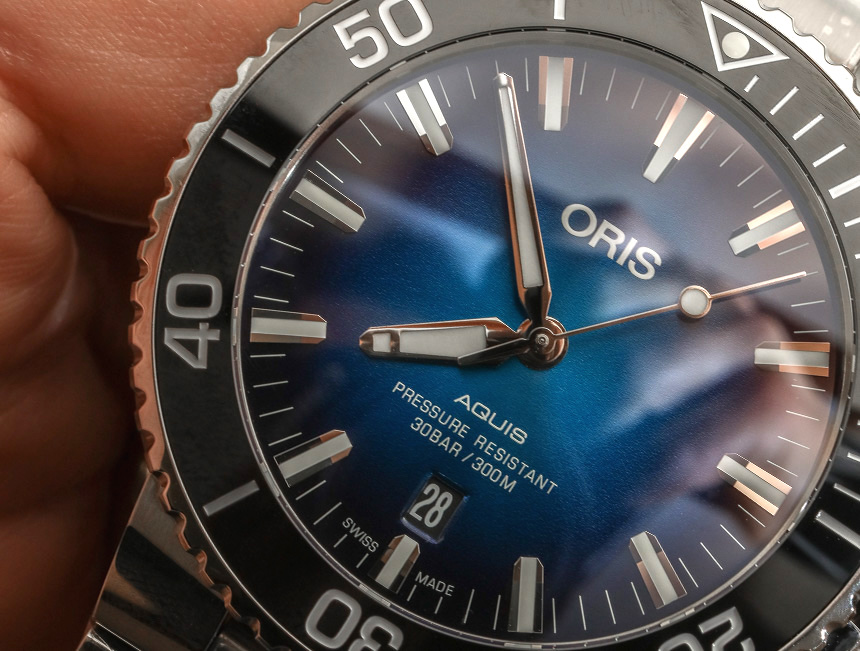 The primary case measurement hasn’t changed – it still measures a fully modern 43.5mm, but all the edits enable the new variant to wear considerably easier – a full 30 grams lighter than the original, as a matter of fact. And while the proprietary lugs prevent traditional strap changes, their sharply downward-turned angle enables the watch to closely hug the wrist, wearing extremely comfortable despite its stout 50mm lug-to-lug width. Eagle-eyed owners or fans of the original Aquis might also note that the screws attaching the straps to the lugs on the new variants now use a ‘triwing’ tip, and are single-sided, meaning one no longer needs a third hand tool to remove or replace the strap (a boon for those who happen to own both the strap and the bracelet). 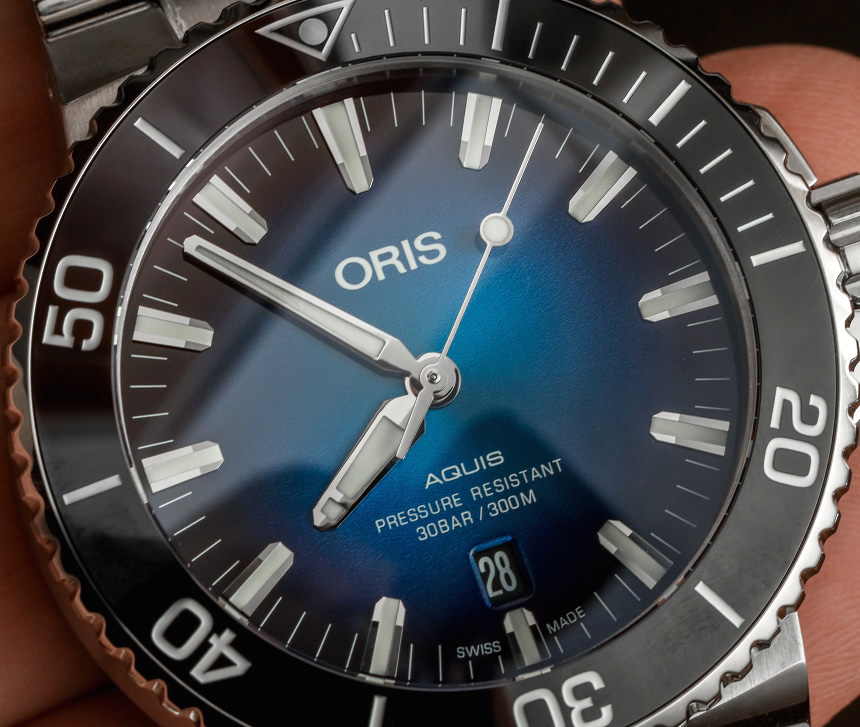 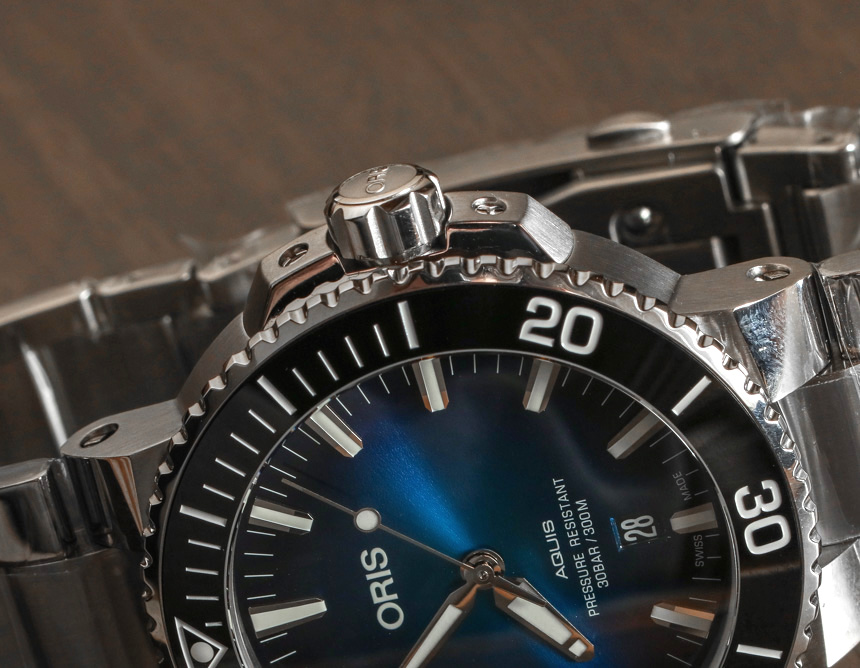 Oris was wise to ensure the most key Aquis hallmarks remain: from the overall chunky silhouette and angular, outward-sloping ‘kettle’ shaped case, to the proprietary integrated horned lugs (love ‘em or hate ‘em, they’re here to stay), and grippy bezel with ceramic insert. And thanks to the date window positioning at 6:00, the Aquis remains a markedly angular and nearly-symmetrical dive watch. The sum of these parts yields one of the few modern dive watch designs that’s not just highly versatile and comfortable on a wide variety of wrist sizes, it’s also markedly distinct even from a distance – and that’s a very good thing. 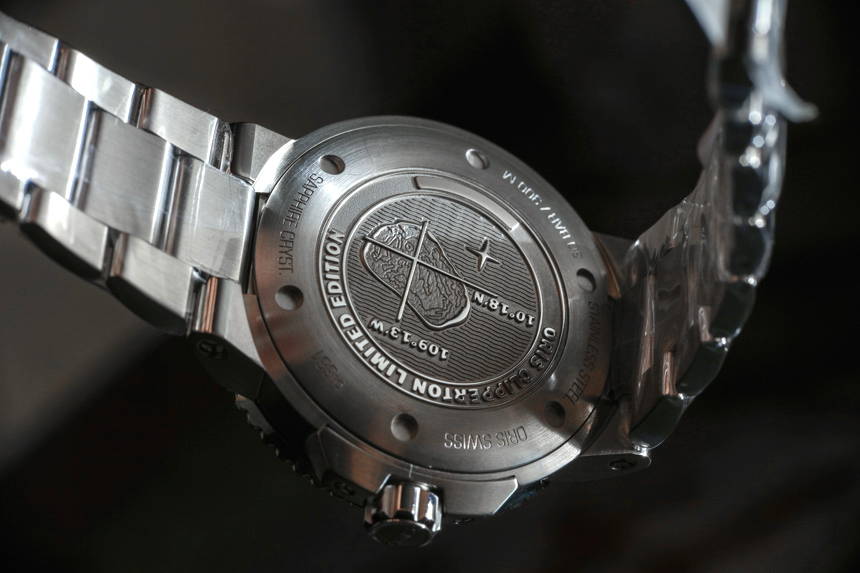 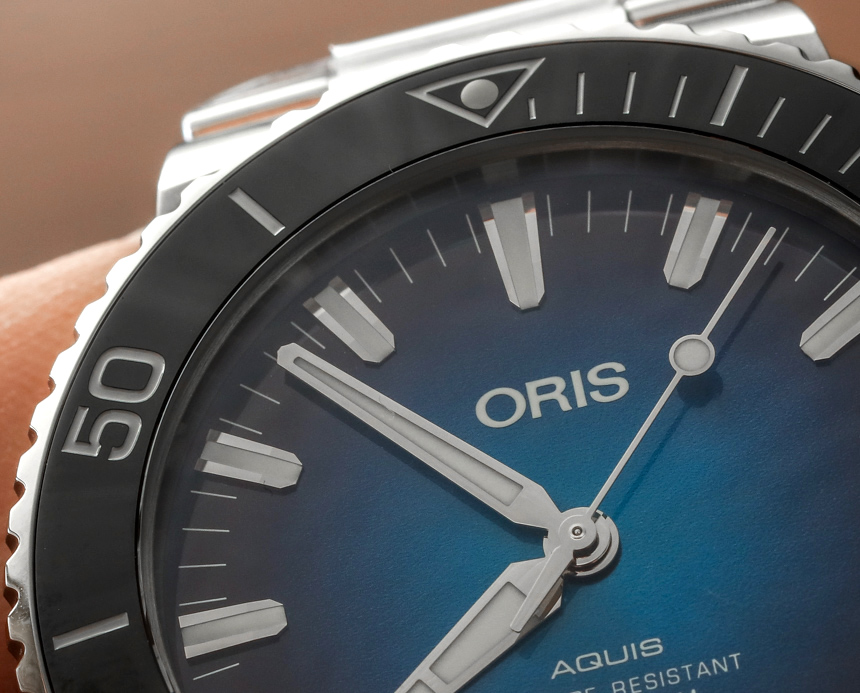 The final indicator that the Aquis is finally growing a little more comfortable in its own skin is the wordmark on the dial – ‘Aquis’ has now earned its place at 6:00. The addition of this text has led to a slight restructure of the older text – gone is ‘Automatic’ and the accompanying underline beneath the main Oris wordmark at 12:00. The movement is still automatic though – Oris continues to fit many of its entry-level time and date watches with the 733 caliber (a slightly modified Sellita SW200), which grants the familiar 40-ish hours of power reserve across 28,800 (4Hz) vibrations per hour. 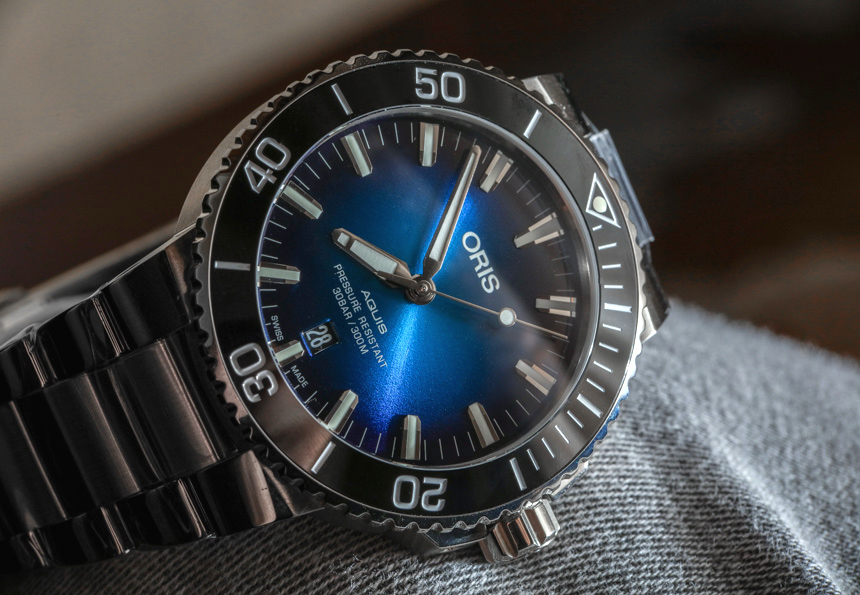 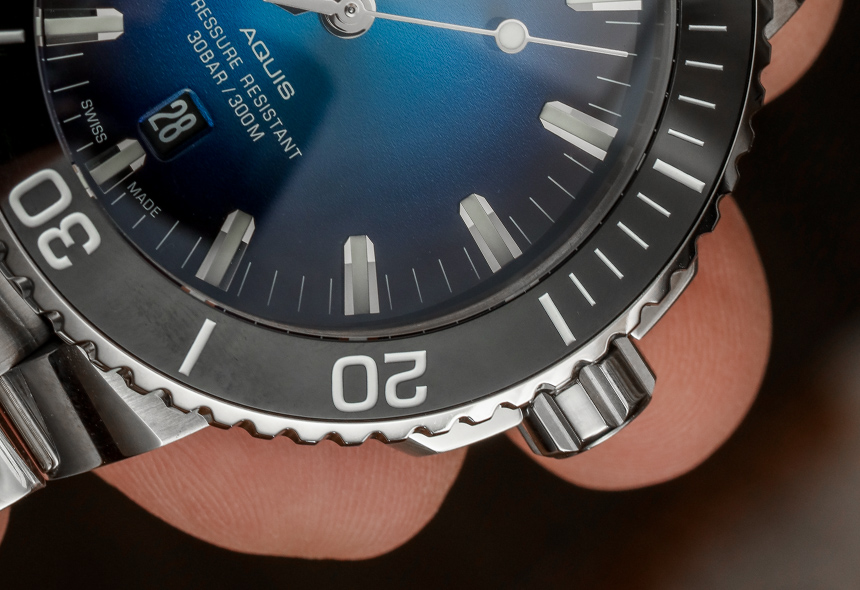 Now, there has long been a standard blue gradient dial offering in the current Aquis collection, but a closer comparison to the Clipperton edition reveals that this particular hue of blue is more vibrant and dynamic, and is now applied in a special circular gradient, which is darker around the outer edges of the dial at the applied hourly indices and grows lighter towards the center of the dial. Of course, this is to mimic the visual cues found in ocean depths and their corresponding colors encircling a tiny spit of coral in the middle of the Pacific. 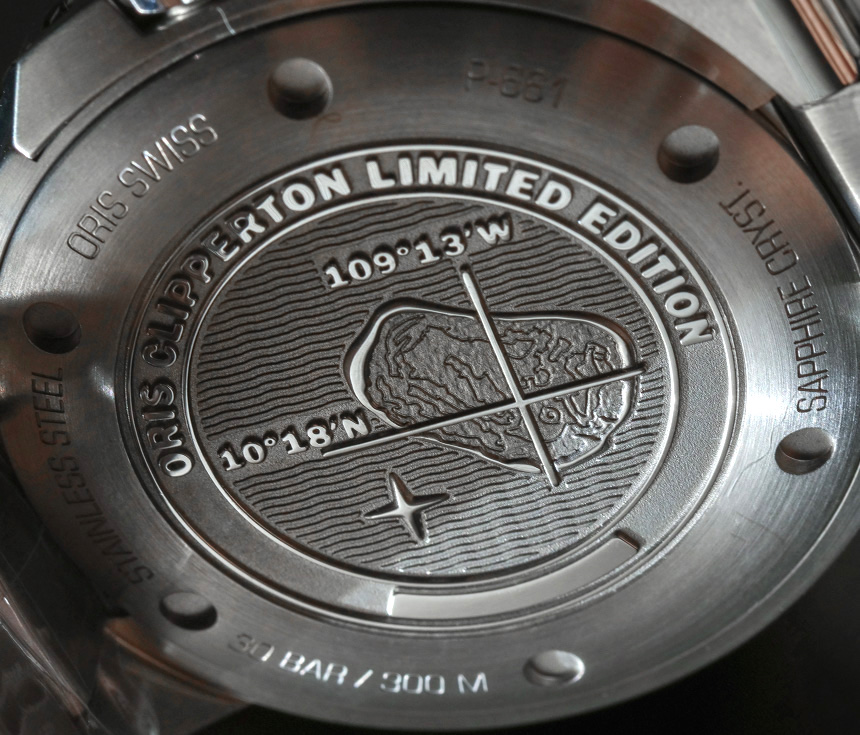 Also unique to the Clipperton Edition is the caseback – while the standard Aquis offerings are all fitted with an exhibition caseback, this LE gets a special engraved motif of the island instead. It’s a very nice touch, and a slightly more literal interpretation of the dial, which reinforces just how small (barely three square miles!), and just how remote this spit of land in the vastness of the Pacific really is. 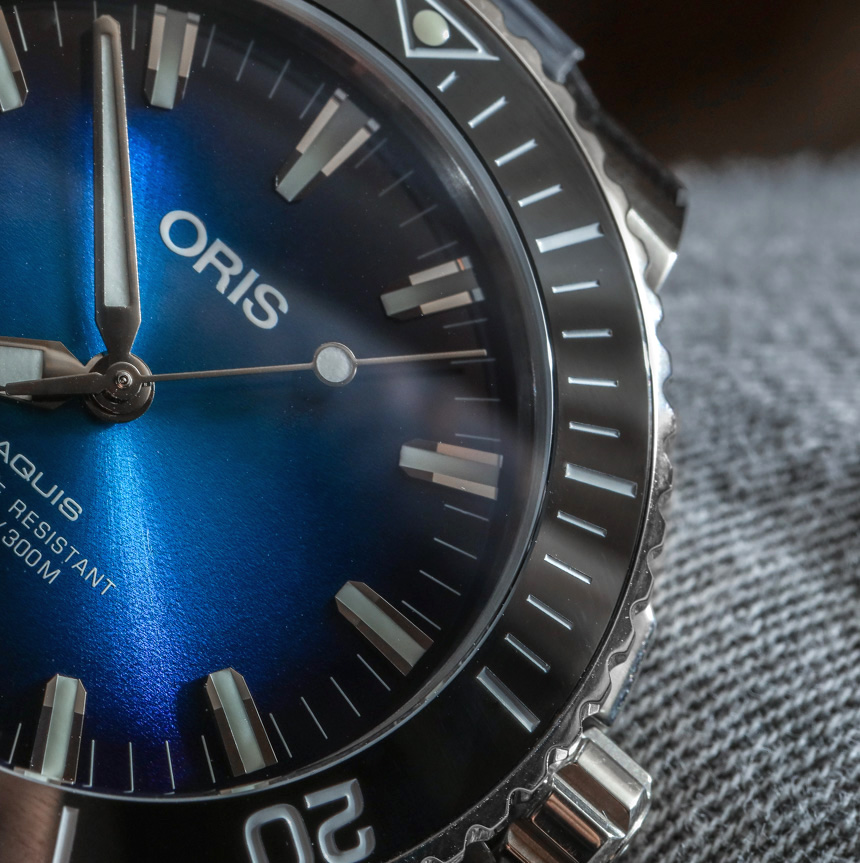 Limited to 2,000 pieces, the Oris Aquis Clipperton Edition comes in a special presentation box made with “regenerative algae,” with a starting price of $2,000 on the rubber strap with its signature adjustable clasp, and jumps to $2,200 on the integrated bracelet. oris.ch