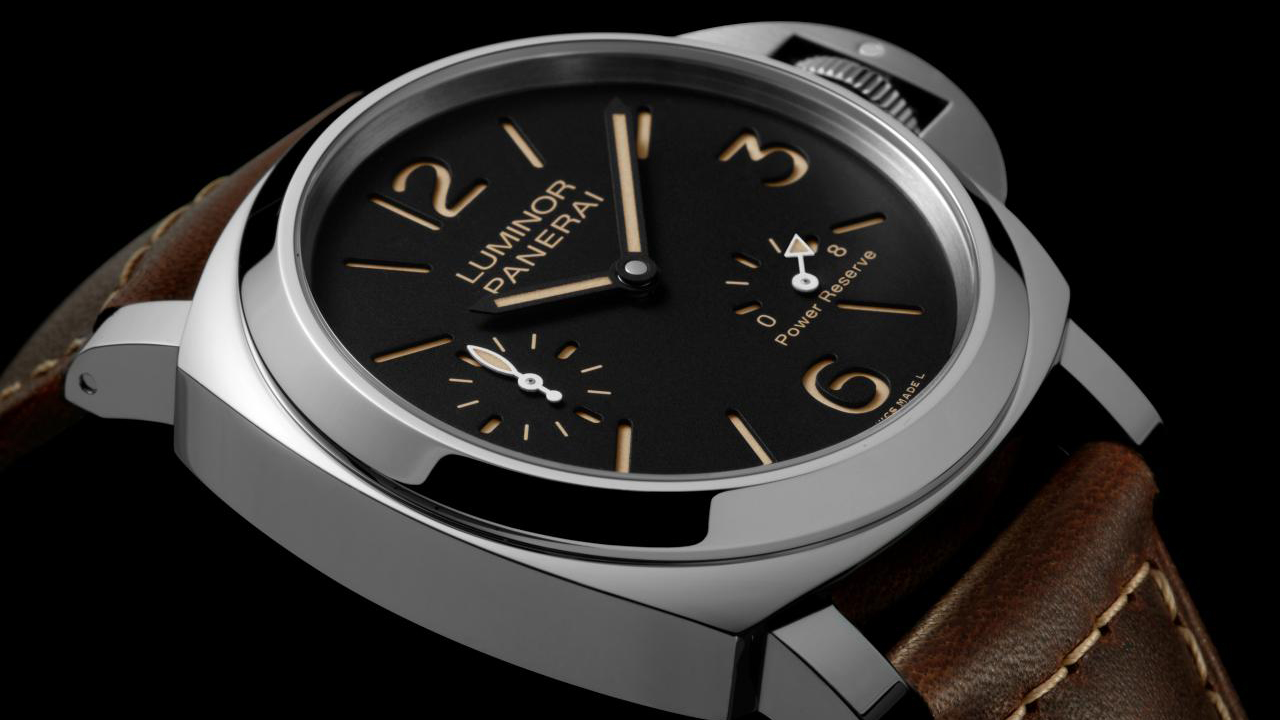 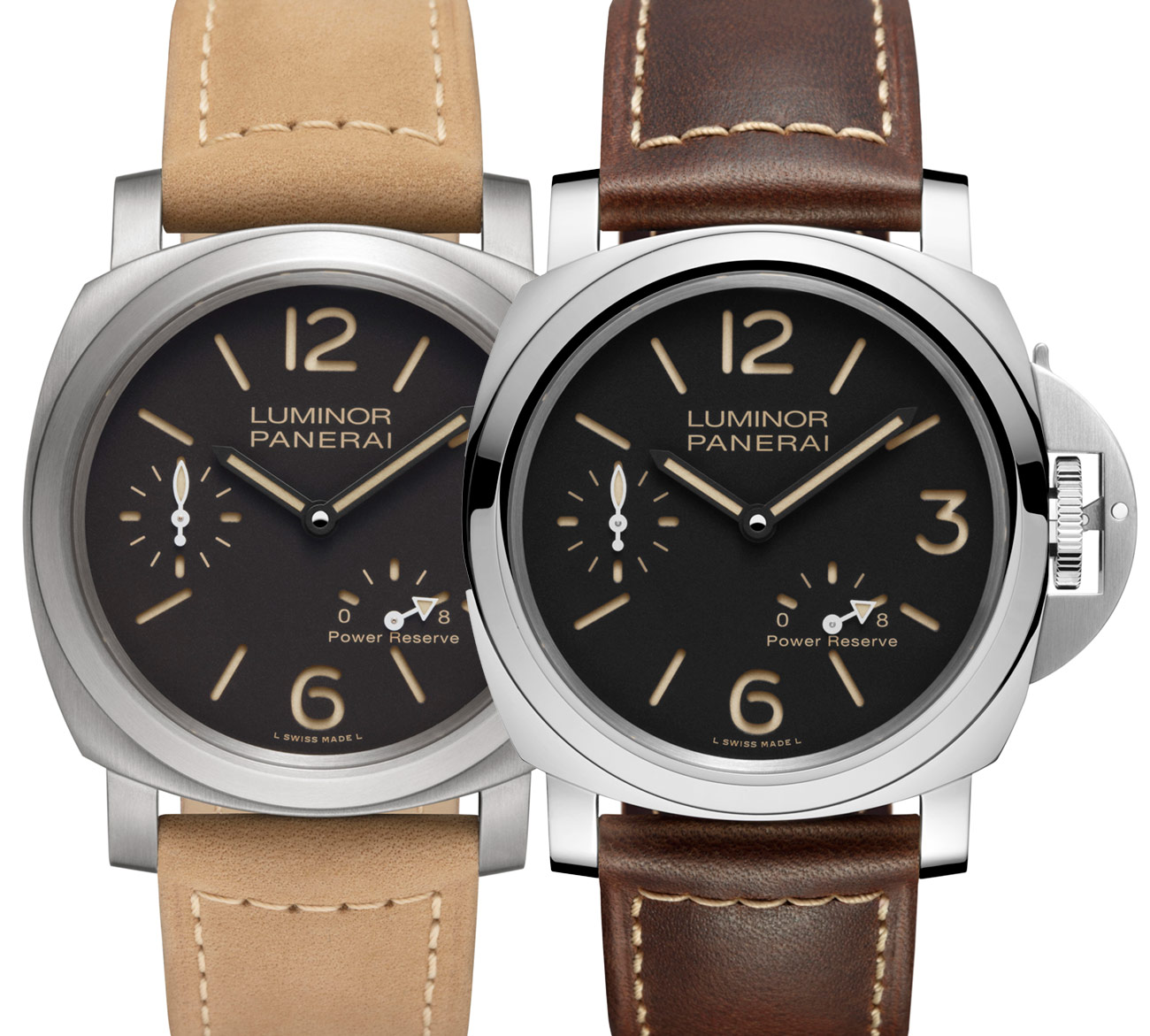 Say what you will, but Panerai understands their core market perfectly. Adding to their Luminor line-up, Panerai has introduced the Luminor Marina PAM795 and PAM797, two hand-winders with the impressive 8-day power reserve P.5002 in-house caliber. 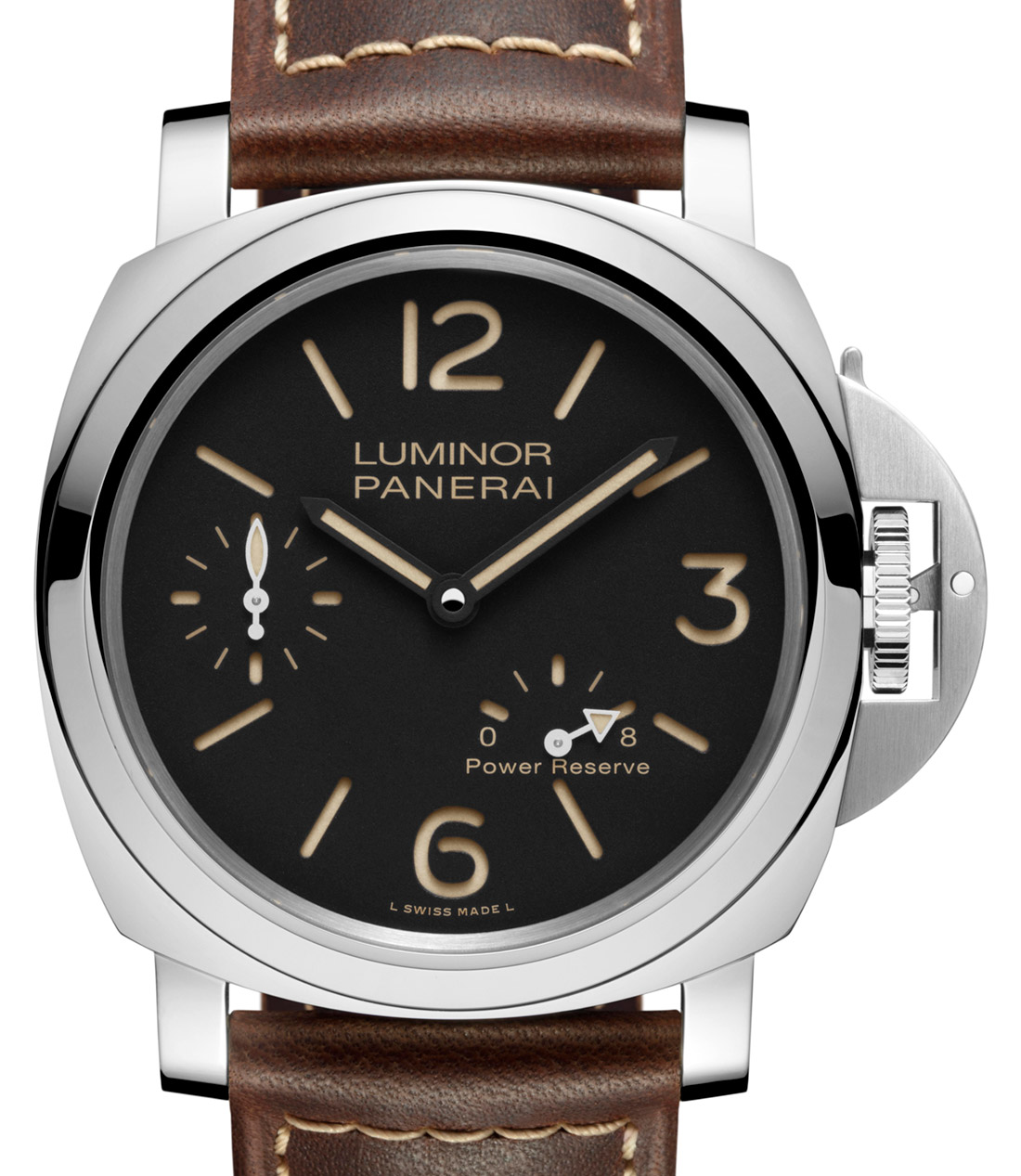 Style wise, nothing is out of the ordinary as far as Panerai is concerned. At first glance, no one would blame you for not noticing this release is anything new at all. Both the PAM795 and PAM797 feature the usual 44mm Luminor case shape with the crown guard. However, the PAM797 is crafted out of grade 5 titanium, while the PAM795 is 316L steel. The dials of both new models sport the always delicious Panerai Sandwich dial and beige faux-vintage lume, as well as 300m of water resistance. The real notable part of these releases, is the movement powering them. 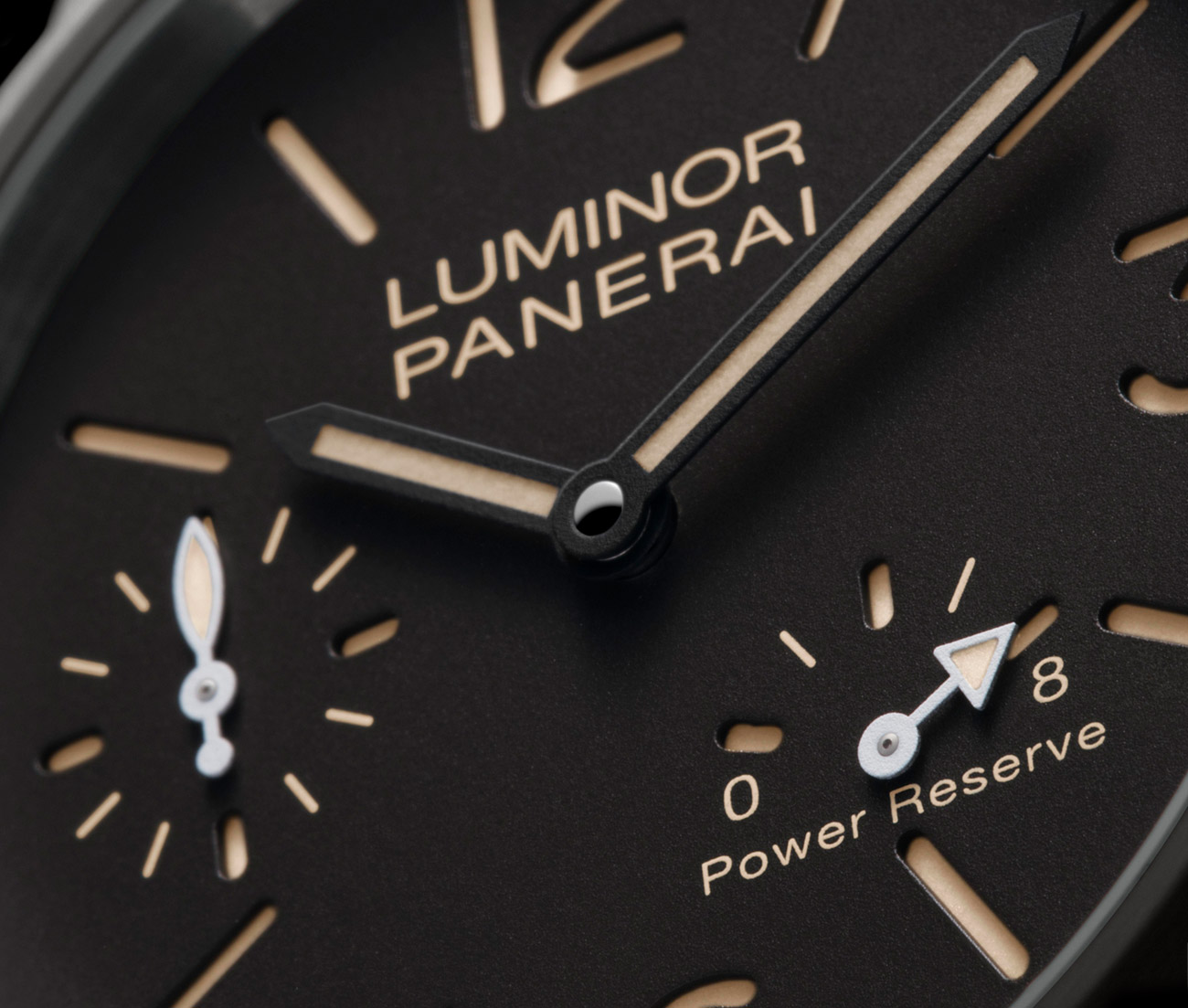 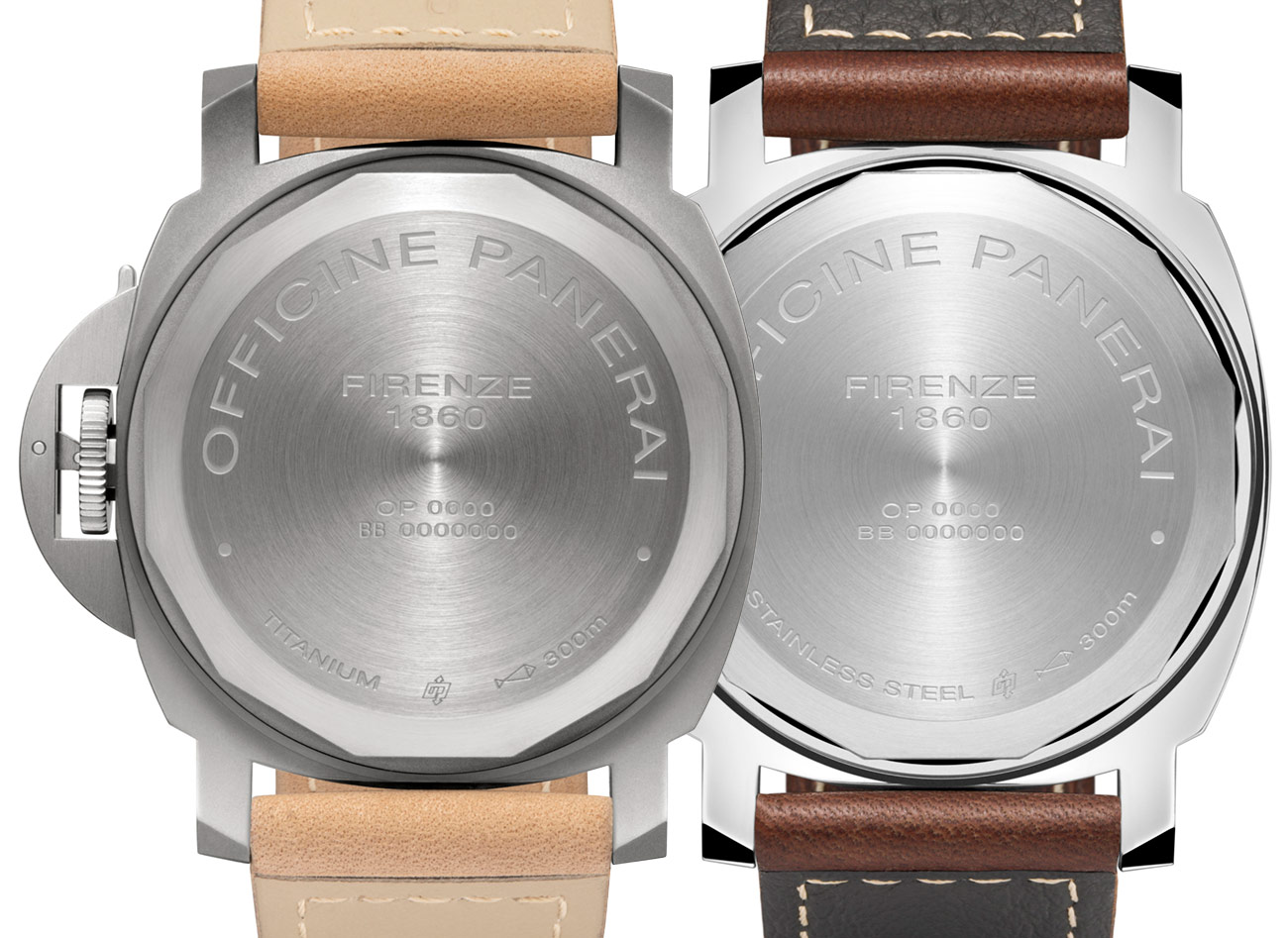 Both of these models feature the P.5002 hand-winding movement with an 8-day power reserve (or 192 hours, if you prefer), and both feature a power reserve indicator prominently on the dial. The P.5002 is described by Panerai as being “executed entirely by Panerai,” which I can only understand as meaning fully in-house. In true Panerai fashion, each watch is fitted with a leather strap; the PAM795 with a deep brown leather and the PAM797 with a lighter shade. 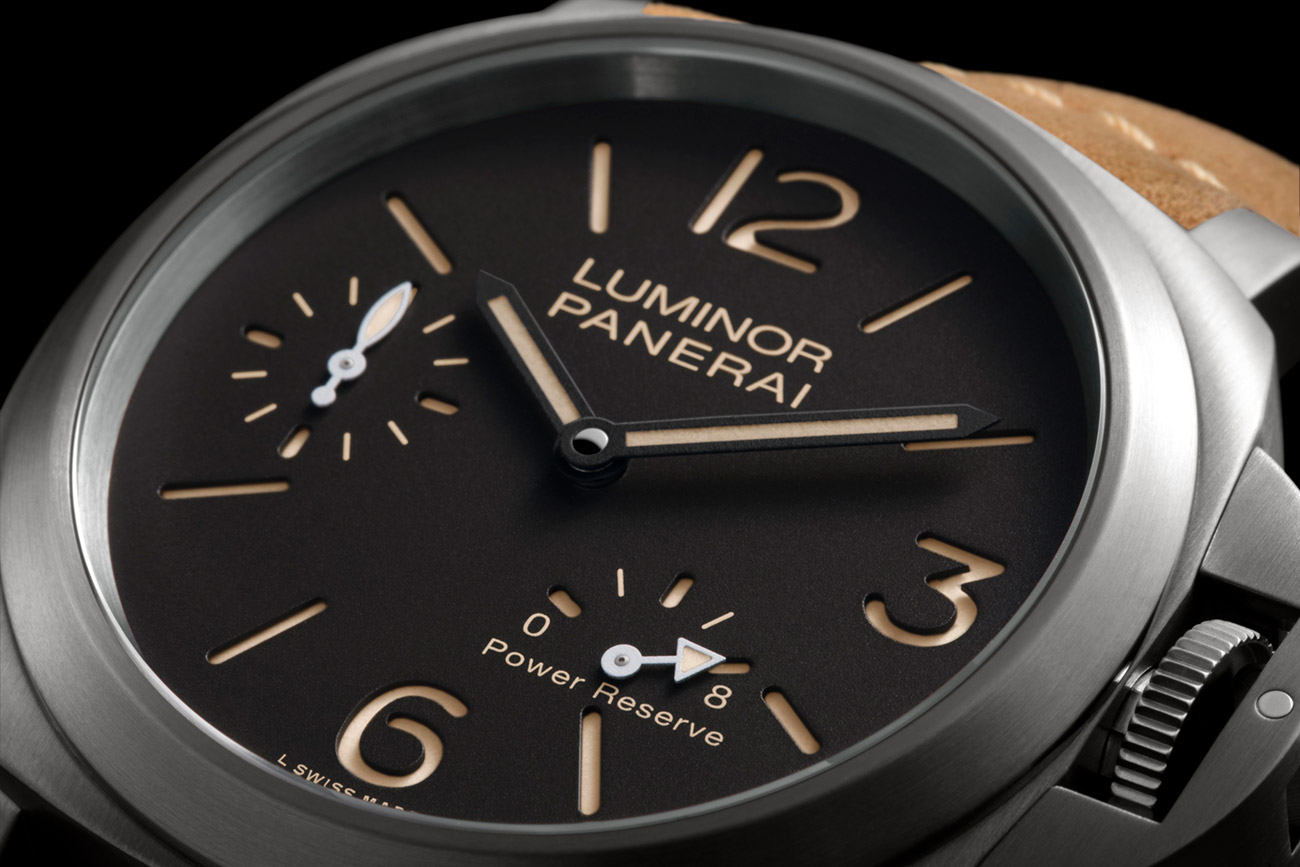 While the 8-day power reserve is impressive, Panerai isn’t the only brand today producing watches that can outlast the work week on a single winding. Oris earlier this year released their Big Crown Propilot sporting a 10-day power reserve and IWC has been producing its 7-day Big Pilot for a few years now. However, none of them come close to the Panerai design aesthetic, and I think that’s what makes this release stand out. Panerai has done a good job over the last few years of serving its fan base, releasing new watches with minor tweaks to provide their fans with many design and feature combinations.

This type of dedication to their devoted fans, I believe, is what makes Panerai so collectible, and creates such a large community around their pieces. While brands like Omega also play hard to their collector fan bases, Omega and Panerai go about it in different ways. Neither of these two releases blow me away, but they do help to fill out the Panerai collection offerings and I have no doubt that the devoted Panerai fans will be happy to see these combinations available. 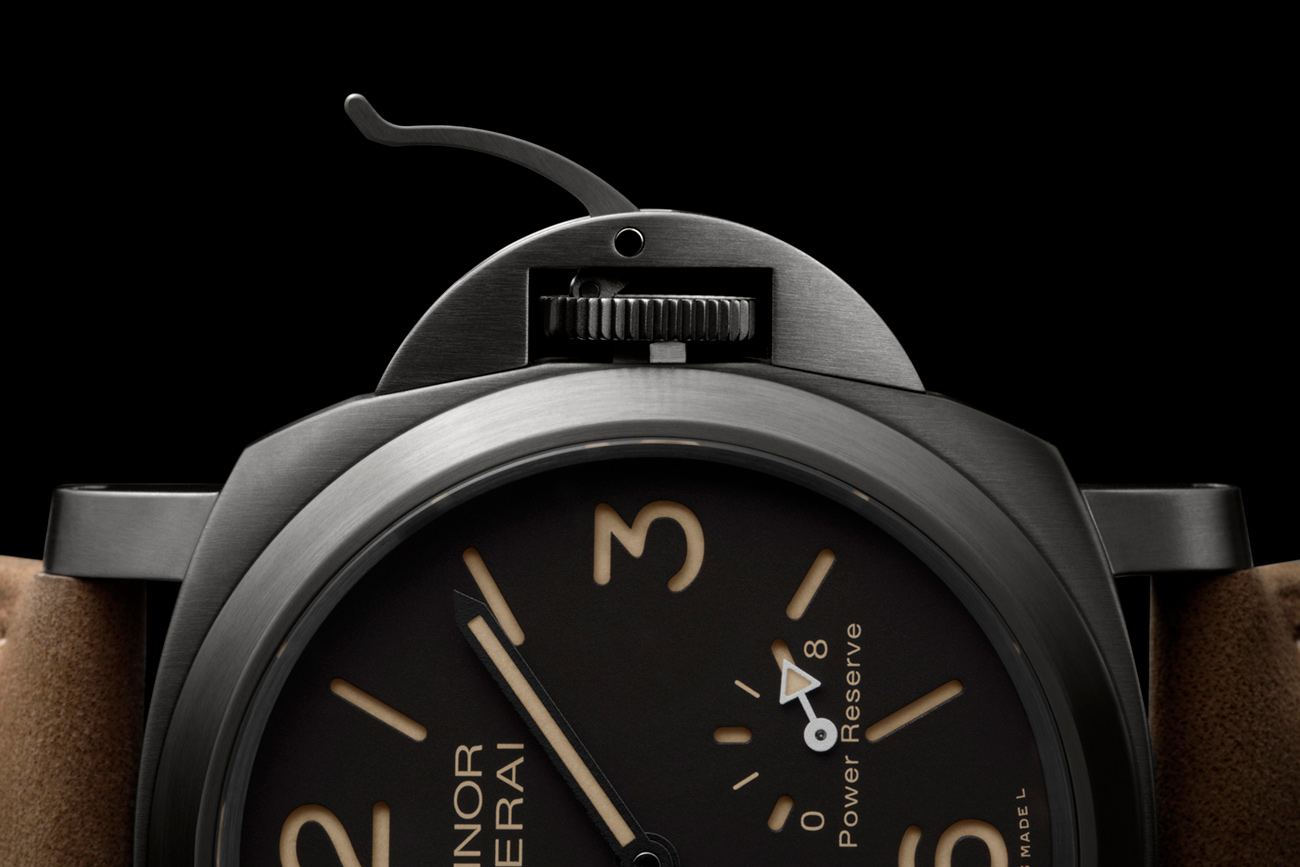 Continuing the proliferation of their Luminor collection, Panerai has introduced the PAM795 and PAM797, both featuring the in-house 8-day power reserve P.5002 movement. Dedicated Paneristis or fans of the design in general can pick up the Luminor Marina PAM795 in steel or the PAM797 in titanium for $6,700 and $7,100 respectively. panerai.com