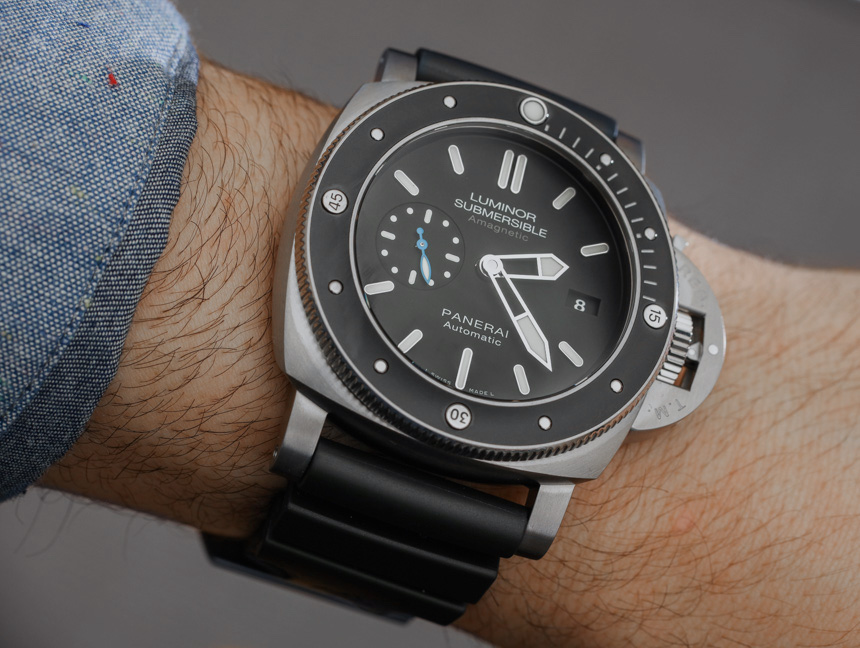 The first time most of us were introduced to the Panerai reference 389, it was on the wrist of Sylvester Stallone as he punched, kicked, and generally just recklessly blasted his way through The Expendables 3 in 2014. In many ways, it’s sort of a fitting watch for such a film – equally eye-catching and over-the-top, but a bit past its prime, and probably best reserved for longtime fans of the genre. The new Panerai Luminor Submersible 1950 Amagnetic 3 Days Automatic Titanio PAM01389 brings a few neat updates to the 389, without compromising the overall execution or design intent of the original. But unless you’re Sly Stallone or a Paneristi die-hard, that might not exactly be a good thing. 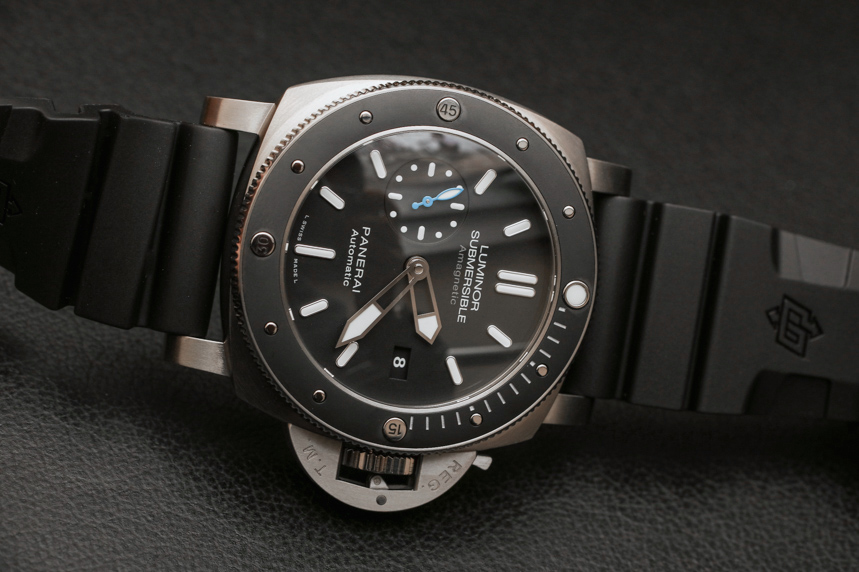 Technically speaking, the 389 was significant not just for its debut screen time, but for its build, as it exhibited the brand’s first ceramic bezel in a Luminor model (note how the cool hourly markers are inset into the ceramic itself), and it was the first anti-magnetic watch produced by Panerai. It’s quite a handsome look – introducing a modern, industrial dive watch vibe to the the austere, minimalist aesthetic that’s defined the Panerai design language for the last 60 years or so. 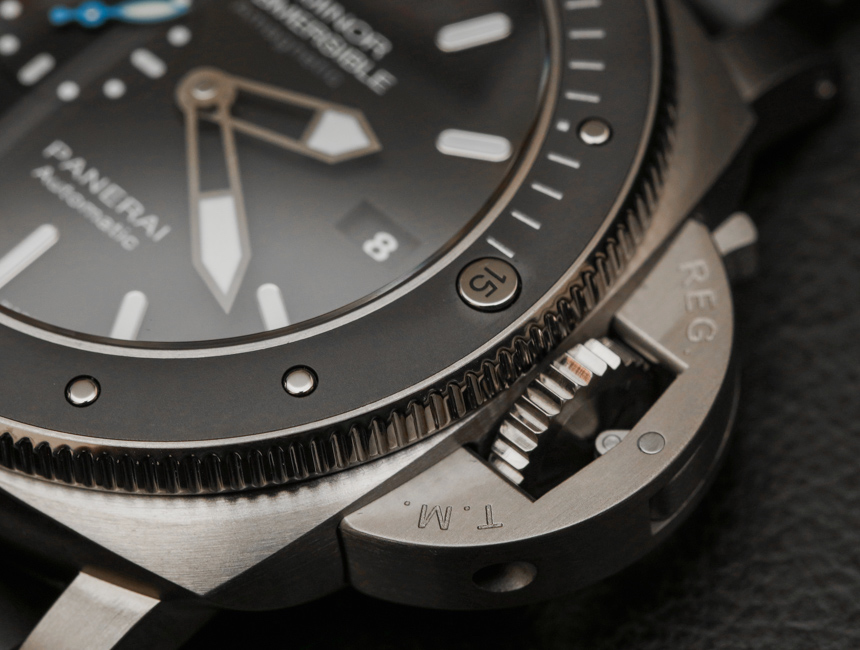 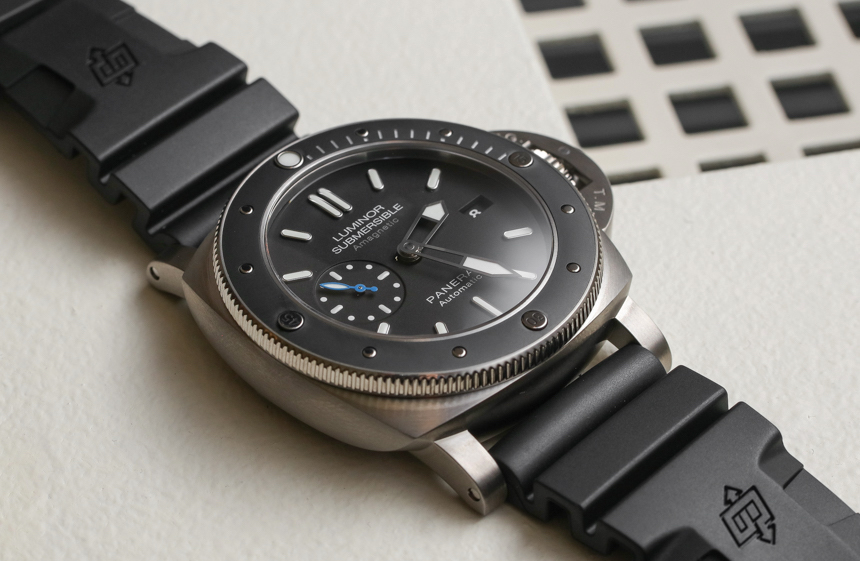 Many of those characteristics repeat in the 1389, which could largely be called an update to an existing reference, rather than an entirely new one. Like the original, the 1389 is built with a titanium case and fitted with an iron dial, and a soft iron Faraday cage encasing its movement beneath, rendering it impervious to the many modern dangers to mechanical watches. Hell, it even comes on the same strap as before – Panerai’s excellent 26 x 22mm accordion rubber dive strap that looks as though it was designed specifically for this reference all along. 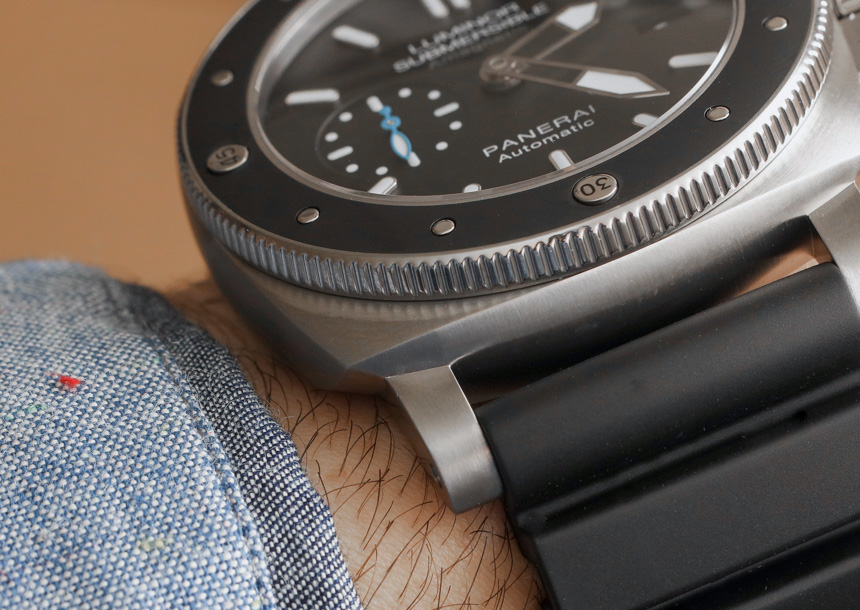 Otherwise, little else has changed since 2014. The applied hourly indices are now a razor’s edge thicker, the running small seconds hand at 9:00 is now a cheerful shade of blue, and the luminous application to the hands and indices is now two-tone – the minute hand glows blue to match the bezel pip, while all other markings glow green. 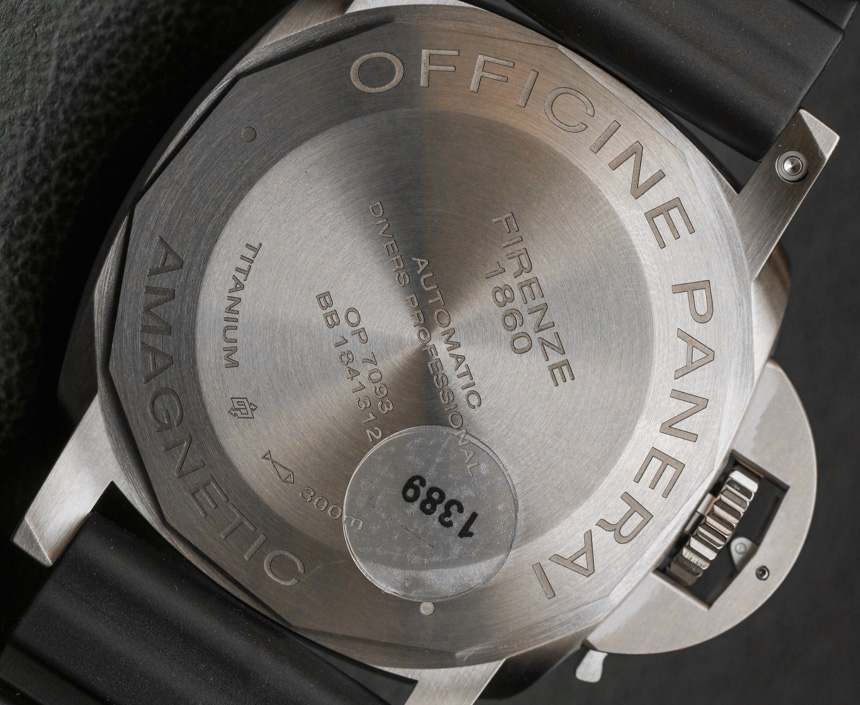 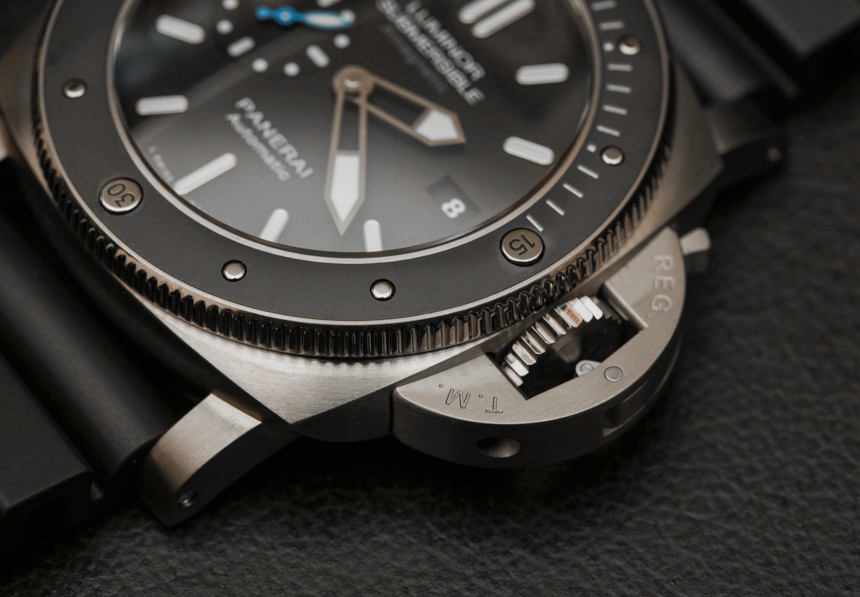 Most notably though, the new 1389 has been updated with Panerai’s newest automatic caliber: the P.9010, which carries the same double-barreled, 3-day power reserve as its in-house manufactured predecessor (the P.9000), but now adds an independently adjustable hour hand – a feature that’s becoming increasingly common on many modern Panerai models, and a boon for frequent fliers. 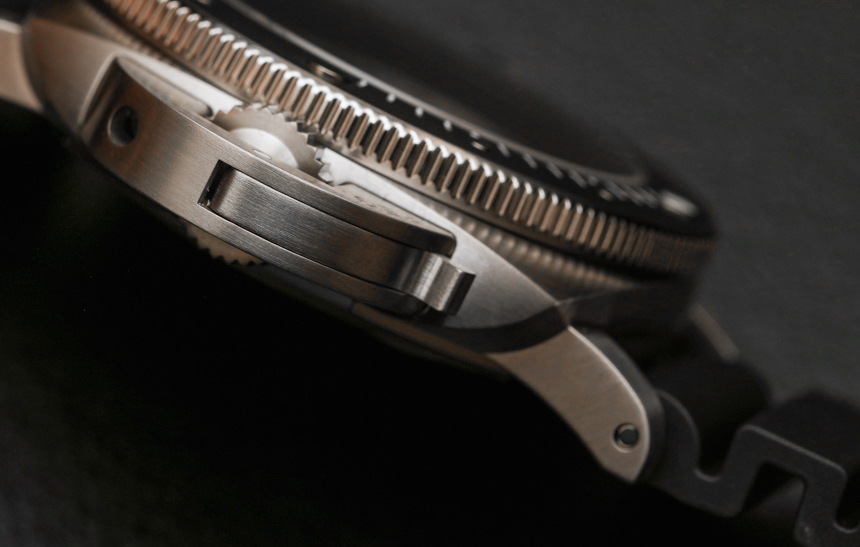 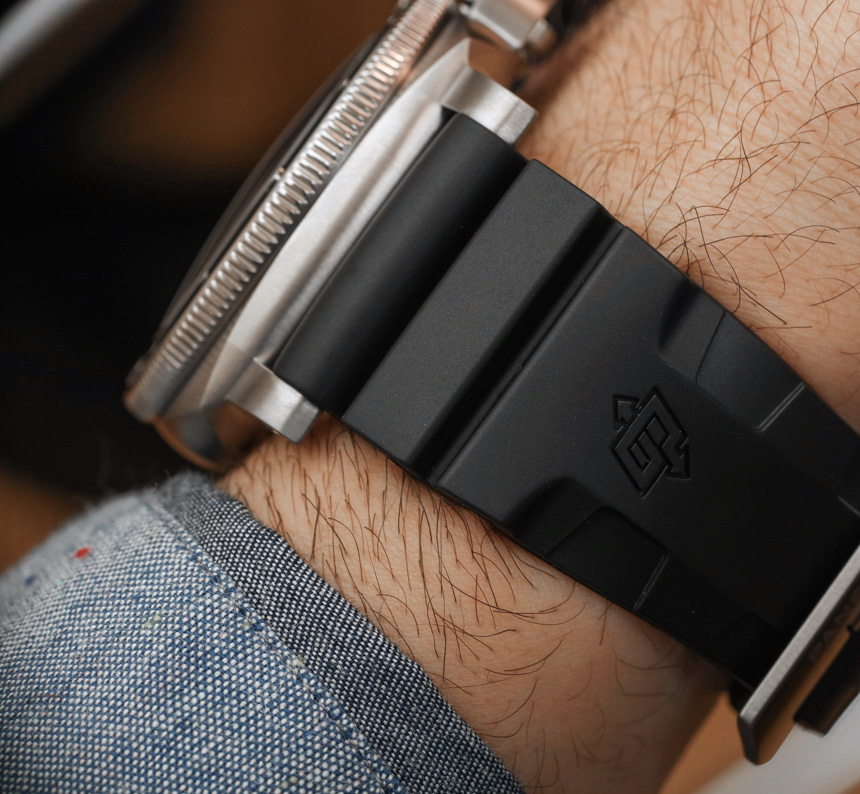 The one thing that hasn’t changed between the 389 and the 1389, is that this is still, a very big watch at 47mm. Yes, it’s considerably lighter than a comparable 47mm PAM00372 in stainless steel, but the weight savings do little to reduce the watch’s visual presence, which threatens to overwhelm at most angles. Now, like most Panerai models, the 1389 does have generously downward-turned lugs, and a relatively (for its overall size) conservative lug-to-lug measurement. But neither of those amends are quite enough to overcome the wearability limitations for all but those who’ve never skipped ‘arm day.’ 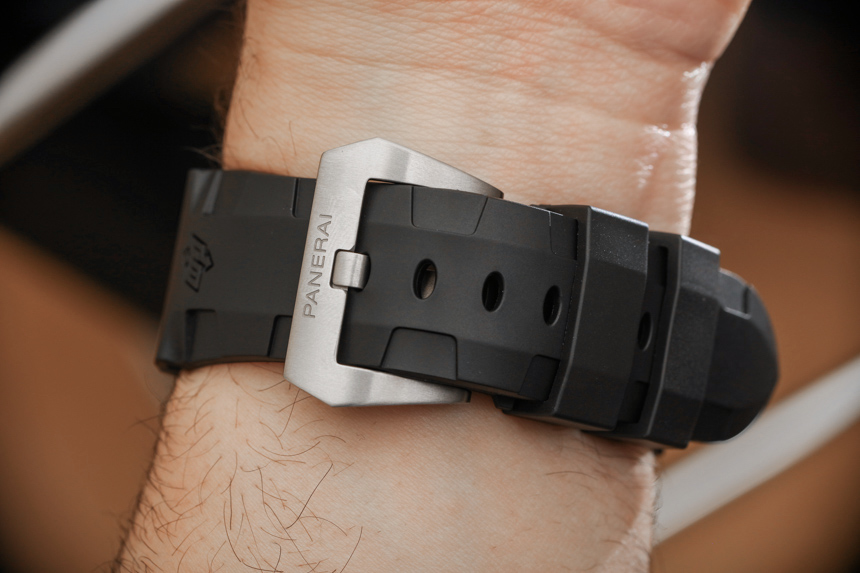 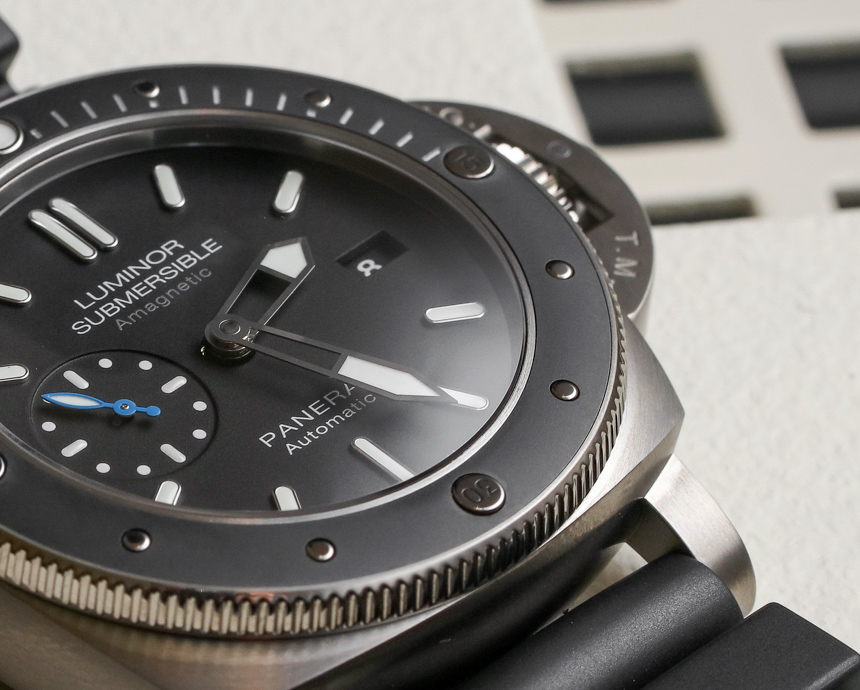 That said, if you love the undeniably cool aesthetic of the 1389, there’s always the more traditionally-sized 42mm PAM682, but you miss out on the anti-magnetic capabilities and ceramic bezel, along with the ability for the dial to double as a serving plate in a pinch. Kidding aside, it’s clear that the rest of the industry has been responding to a return to smaller sizes – 43mm seems to be the new 42, down from the 45 and 47mm watches that once dominated Panerai’s modern collection. That’s why another 47mm watch in 2017 actually feels a little dated right out of the gate – despite its undeniably cool, and classic aesthetic. Trends-be-damned though, many die-hard Paneristi still wouldn’t have it any other way – which is likely why the brand continues to fly the flag as one of the last holdouts of this decade’s big watch trend. 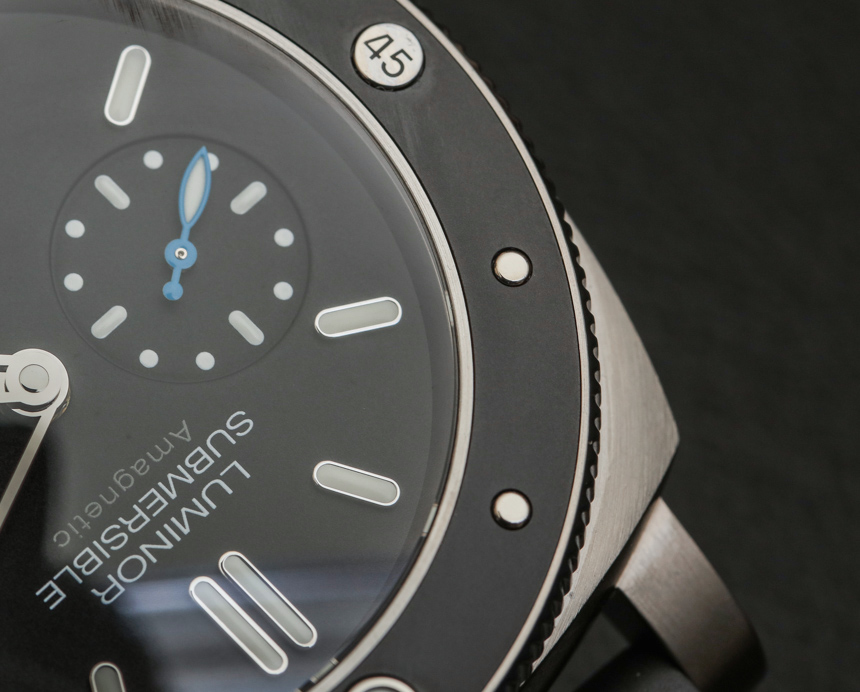 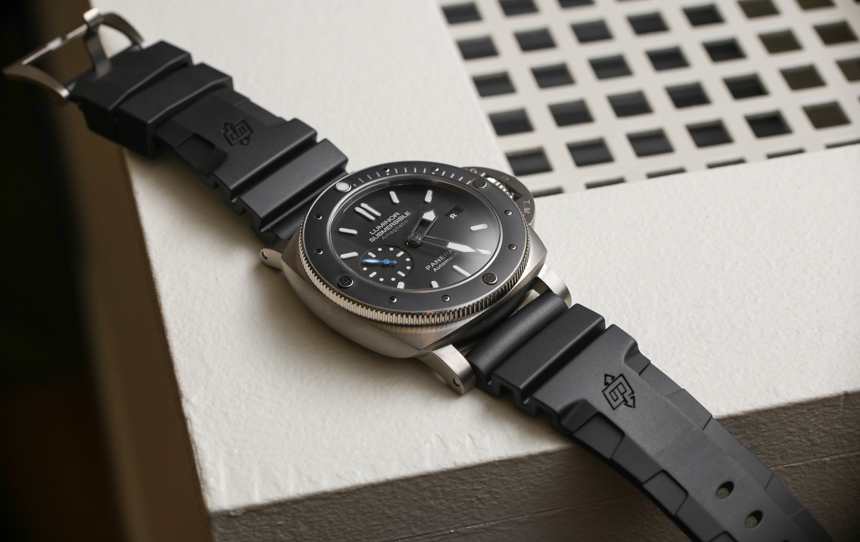 If you still count yourself among the faithful, you can add the PAM01389 to your collection for the price of $11,000. Just remember, cool guys don’t look back at the explosion. panerai.com