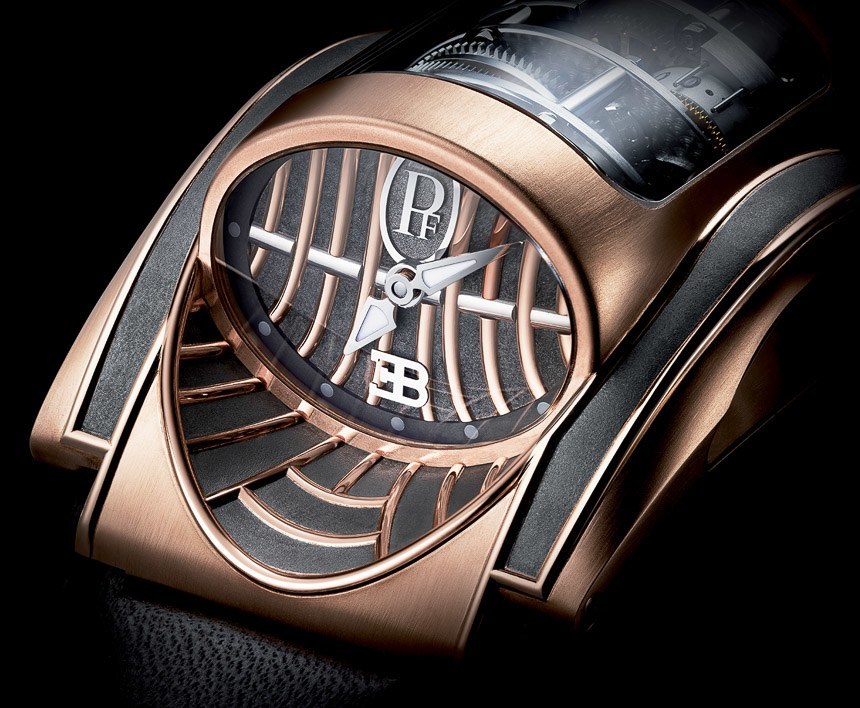 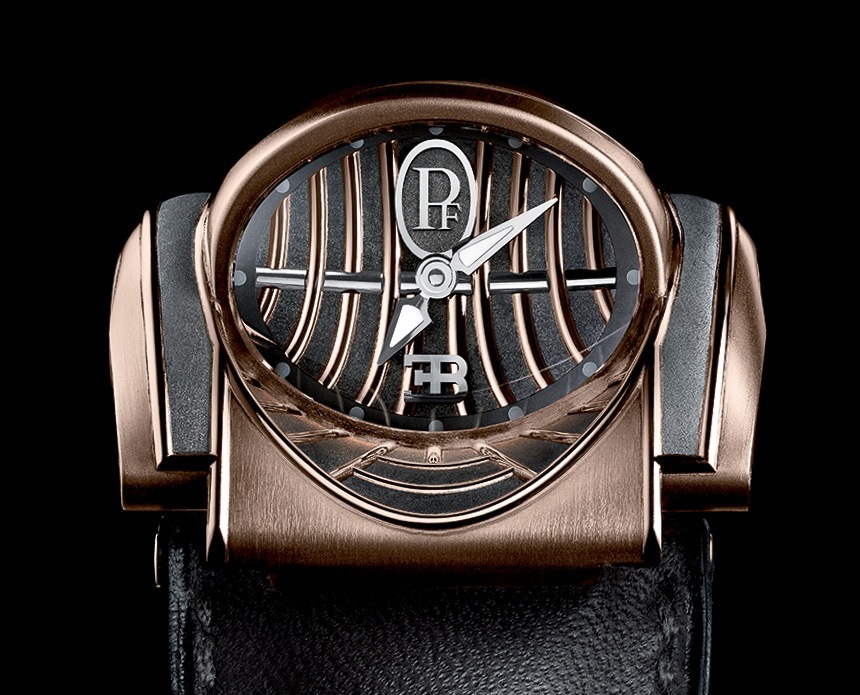 The Parmigiani Bugatti Mythe timepiece will be one of three piece unique watches unveiled this weekend during the Pebble Beach auto show events (Concours de Elegance), to help celebrate Parmigiani’s ten-year relationship with the very high-end car maker Bugatti. It was in 2004 that the first Parmigiani Bugatti watch was released, and since then we’ve seen a range of highly avant garde timepieces produced via the formal agreement between the two brands.

While there has been a range of Parmigiani Bugatti watches over the years the new Bugatti Mythe watch is related to the original Parmigiani Bugatti Type 370 (some images in this article). Born during a time of great horological design experimentation, the Type 370 was meant to be a very novel-looking “driver’s watch.” The idea being that when worn, the wearer would view the time from the side. The movement was designed to be laid out horizontally, and the entire case was meant to be reminiscent of the front hood and engine section of a classic Bugatti car. 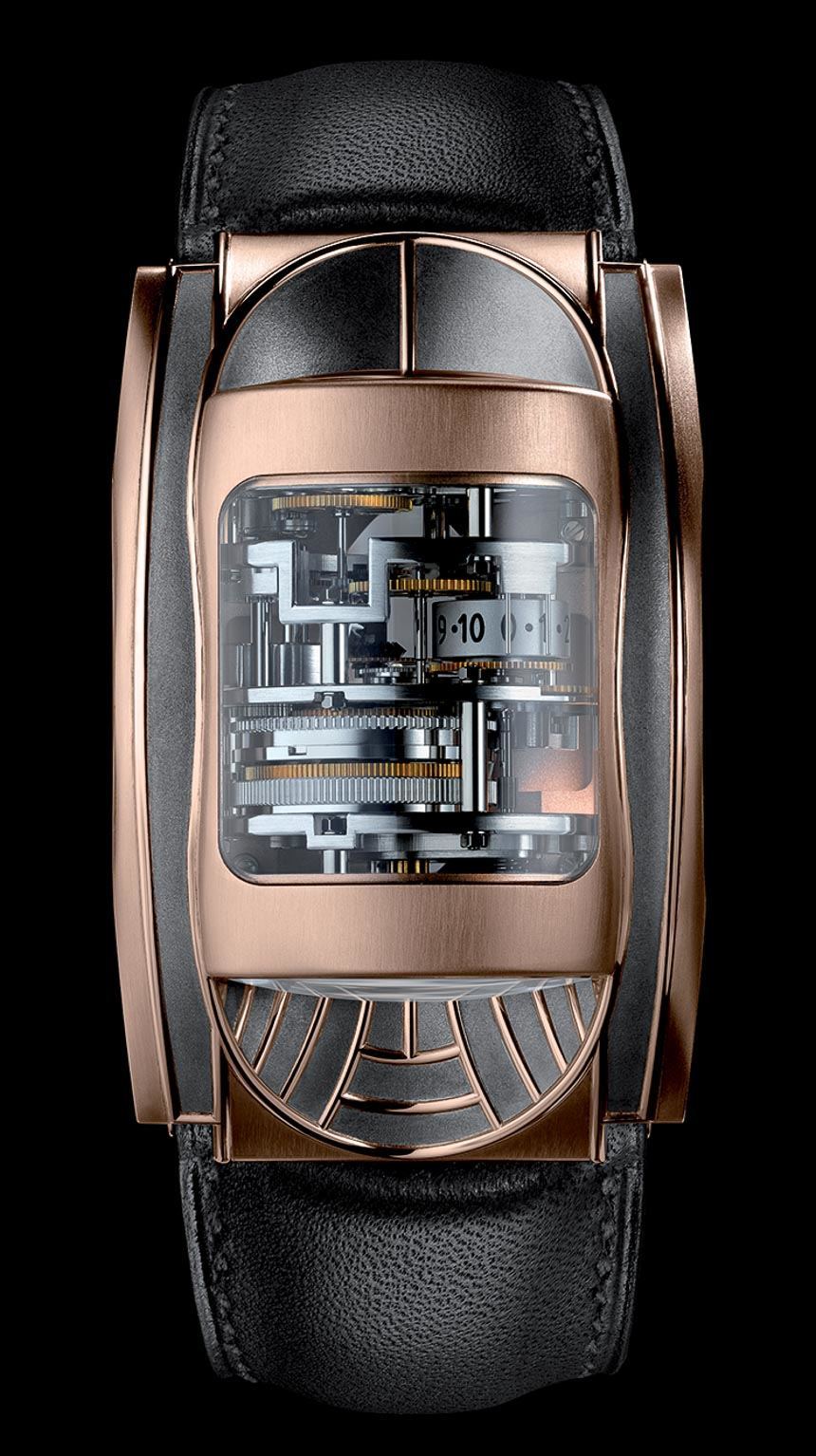 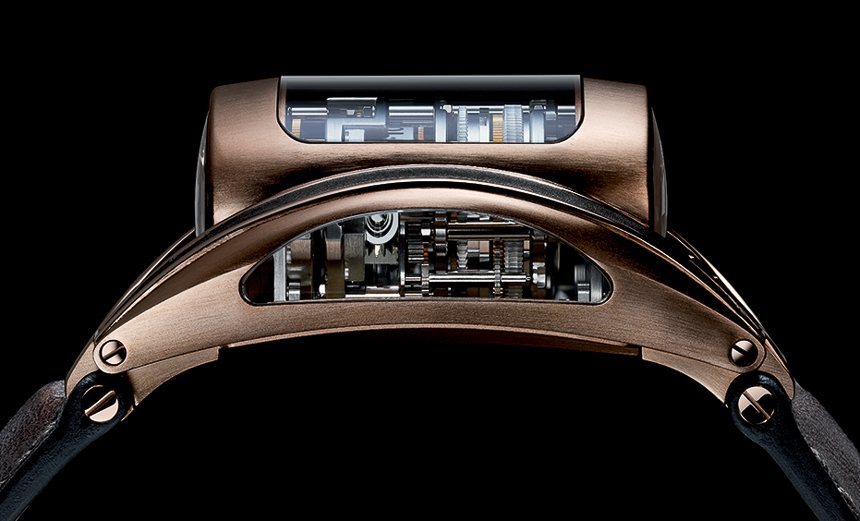 Viewed from the top or the sides, the new Parmigiani Bugatti Mythe carries on the tradition of the Bugatti Type 370 of offering a lovely view into the movement through the sapphire crystal windows. From the top of the watch, you can seen the power reserve indicator and a movement that is impressively complex for one that more-or-less just indicates the hours and minutes.

Inside the Parmigaini Bugatti Mythe is the in-house made caliber PF370 manually wound movement with 10 days of power reserve and 314 parts. It operates at 3Hz, and is pretty fascinating to observe in the case. The case wears more comfortably than you might imagine, but is nevertheless an oddity given its sideways reading style and unique design. For the Bugatti Mythe Parmigiani has produced the case in 18k rose gold with some black sections in ruthenium. The case is 32.4mm wide, 52.5mm long, and 18.6mm tall off the wrist. 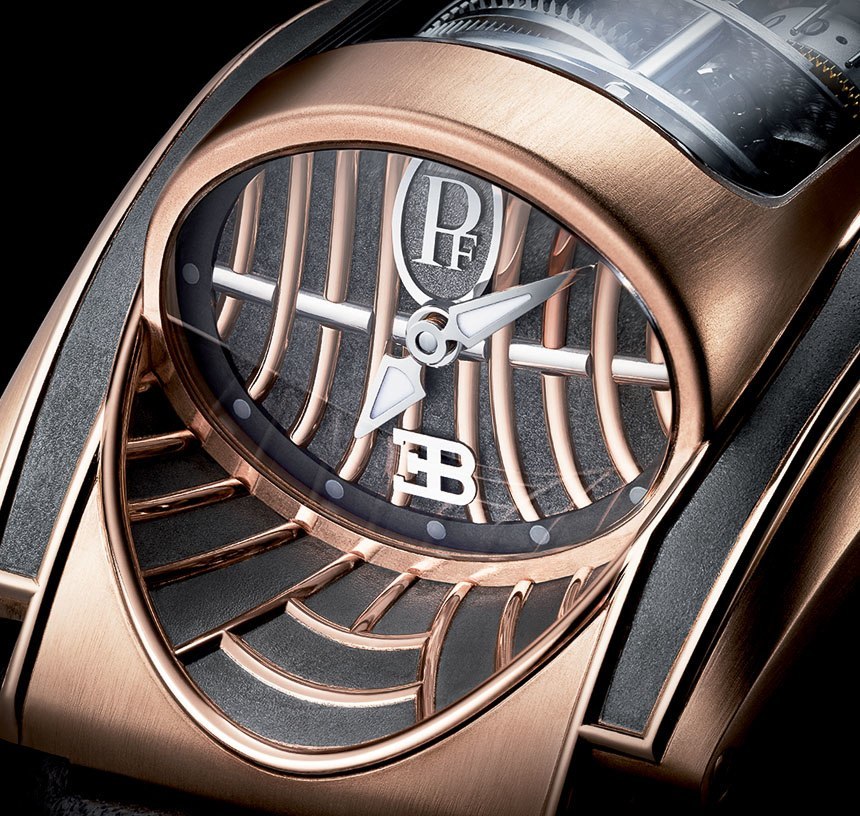 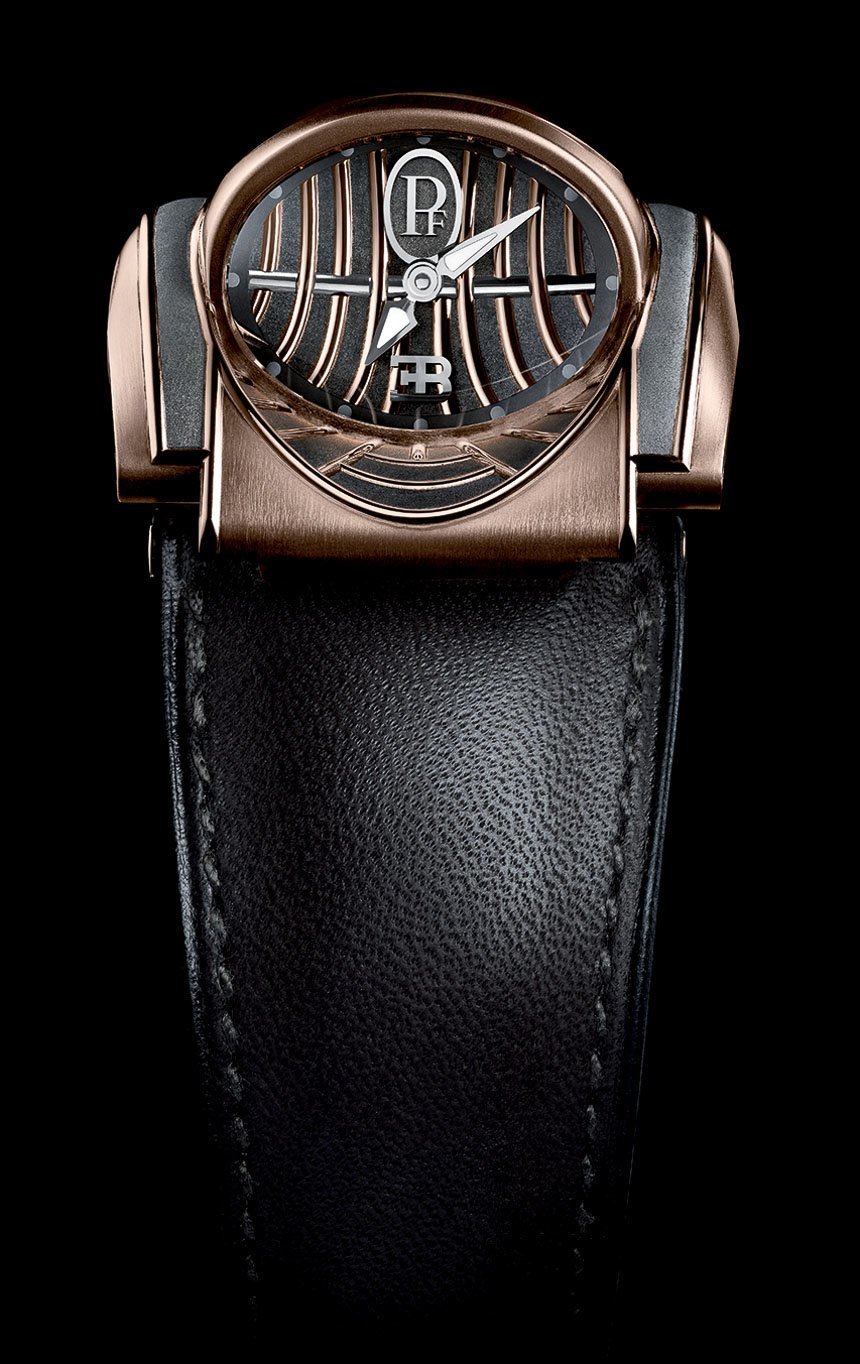 What is most unique to the Parmigiani Bugatti Mythe watch are the stripes on the dial and “front” of the watch. These lines are, of course, meant to evoke the classic look of Bugatti car grilles. More specifically, the design of the grille on the famed Bugatti Type 57 cars. The design is cool, and, of course it makes sense for something like this to be a one-of-a-kind creation.

The follow-up model to the Parmigiani Type 370 watch was another side-reading watch collection from the brand such as the Parmigiani Bugatti Super Sport (hands-on here).  Each of these watches was noteworthy for their highly distinctive and experimental designs. I’ve always praised Parmigiani for taking the road less traveled when it comes to their most interesting horological creations.