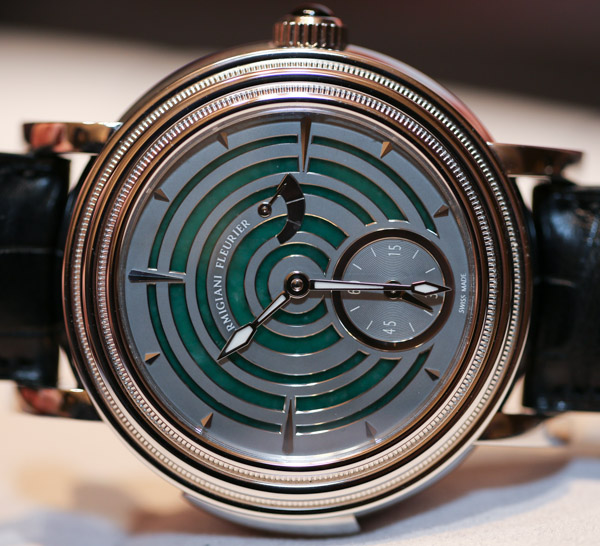 Pretty much any timepiece from Parmigiani Fleurier that has the term “Toric” in the title is going to be spectacular. This watch is the Toric Quaestor Labyrinthe (that I will refer to as merely “Labyrinthe”), a limited edition of five pieces set for 2013. These pieces rank toward the top of the Parmigiani wrist watch ladder. They are very limited in their production, and a symbol of the artful in-house made movements as well as what can be realized in their cases and dials by offering traditional, but uniquely designed high-end timepieces.

The Labyrinthe name comes from the maze-like design of the dial – even though it is more or less a series of concentric circles produced as a result of the sandwiched two-part dial. It is really the dial that attracted me to the watch. It is produced from an upper level of 18k white gold, with additional applied polished hour markers, the beveled edging on the white gold layer are hand-polished. Under that is a layer of rare and precious green Burmese jade. The result looks like a flowing river of milky green through a maze-style channel in the face. Despite the dial design, there is an impressive level of legibility. The dial also contains a power reserve indicator and a subsidiary seconds dial. 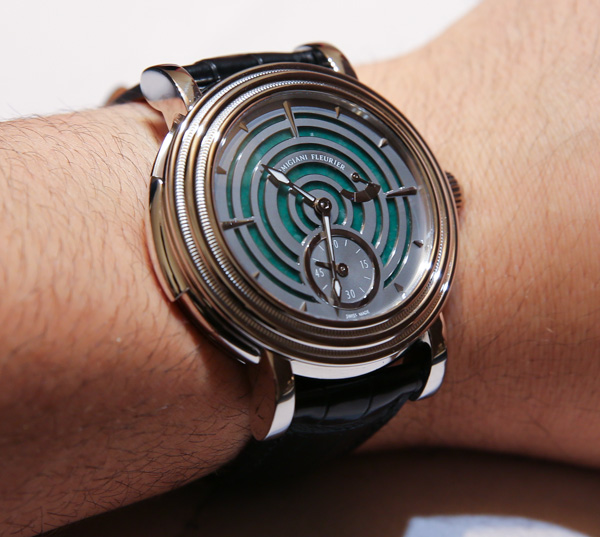 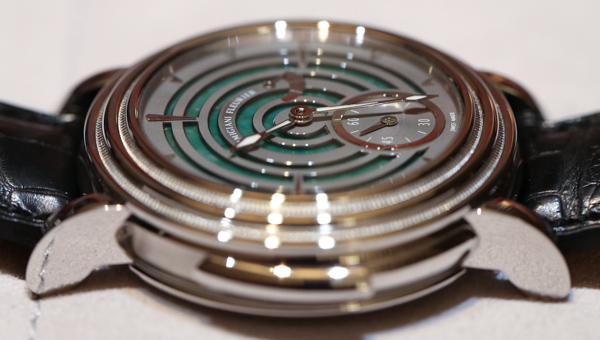 In addition to the case and design, the Toric Labyrinthe contains a Parmigiani minute repeater movement and when activated chimes back the current time in a musical code. Like many high-end watchmakers these days, Parmigiani continues to assert the minute repeater as the last luxury icing on these horological cakes in order to demand attention both aesthetically and visually. The wonderful thing about a minute repeater from a marketing standpoint is that you can include it in a watch increasing the value many fold, but it doesn’t need to significantly deter from a unique dial style. That is in contrast to (for example) a perpetual calendar that is desirable, but requires that you have a lot of necessary features on the dial. What I am saying is that watchmakers can create artistically unique watches and still charge a lot for the movements inside by including the more auditory than visual minute repeater complication. 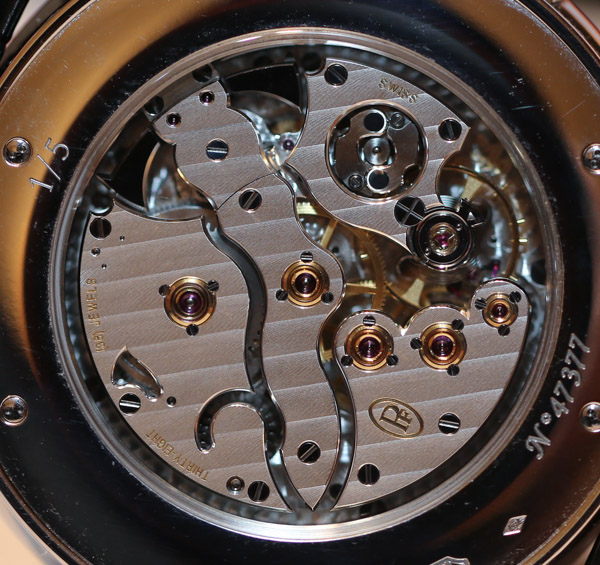 The solid platinum case of the 46mm wide Parmigiani Toric Quaestor Labyrinthe is weighty and beautiful. The unique “double coined” bezel makes for a good visual effect that I’ve not seen before. Parmigiani make a controversial decision to include a minute repeater in a watch with a dense platinum case. The material is usually known for absorbing sound and thus reducing the volume of minute repeater chimes. For that reason many brands prefer titanium as a material for minute repeater watches. Still, it was likely Parmigiani’s desire to make the Labyrinthe as high-end as possible, and you simply can’t do that with titanium these days.

So what Parmigiani did was create a system that connected the minute repeater mechanism more directly to the case. The idea is that rather than have the sound waves attempt to pass through the platinum, the gongs would be connected to the case – making the case itself help resonate the sound. 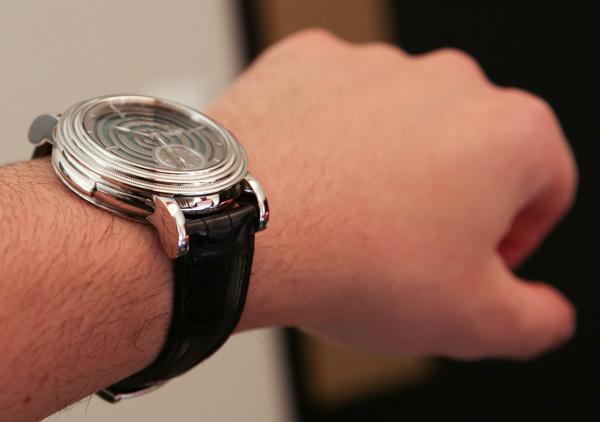 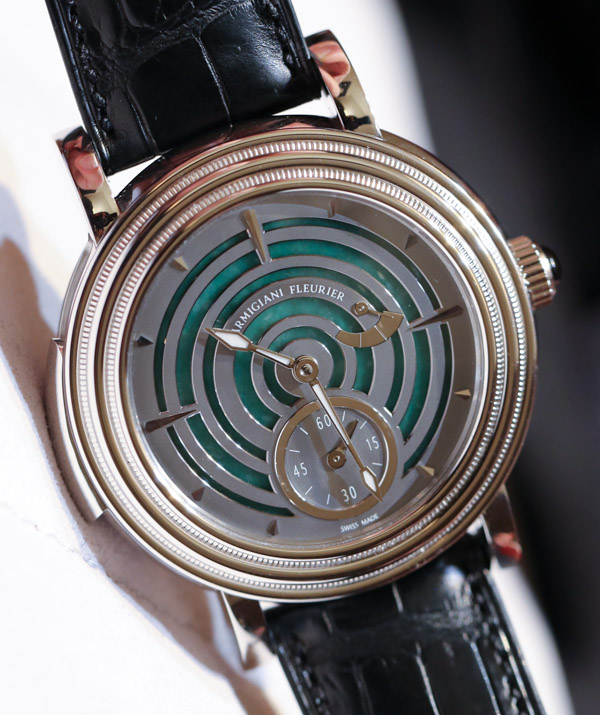 I did play with the minute repeater myself and found that it works nicely. Another welcome feature in the minute repeater mechanism is the addition of a silent flywheel. This means that when the minute repeater is activated there isn’t the typical humming sound of the regulator – at least that is the idea. The in-house made movement is visible through the sapphire crystal caseback window, and exhibits a typically high level of fit and finishing by the brand. It is the caliber PF357 manually wound movement that operates as 21,600 bph. The power reserve is 72 hours and the minute repeater has two gongs.

On the wrist, the 46mm wide platinum case with its distinct styling looks very good. Rather neo-classical in design, it looks like something Julius Caesar would have worn. No doubt Parmigiani would be proud to conceive a product with that intended purpose in mind. Though perhaps it’s more for modern day caesars, czars, and those deemed royalty by birth or social position. Once again, the Parmigiani Toric Quaestor Labyrinthe will be limited to just five pieces and price is $550,000. parmigiani.ch