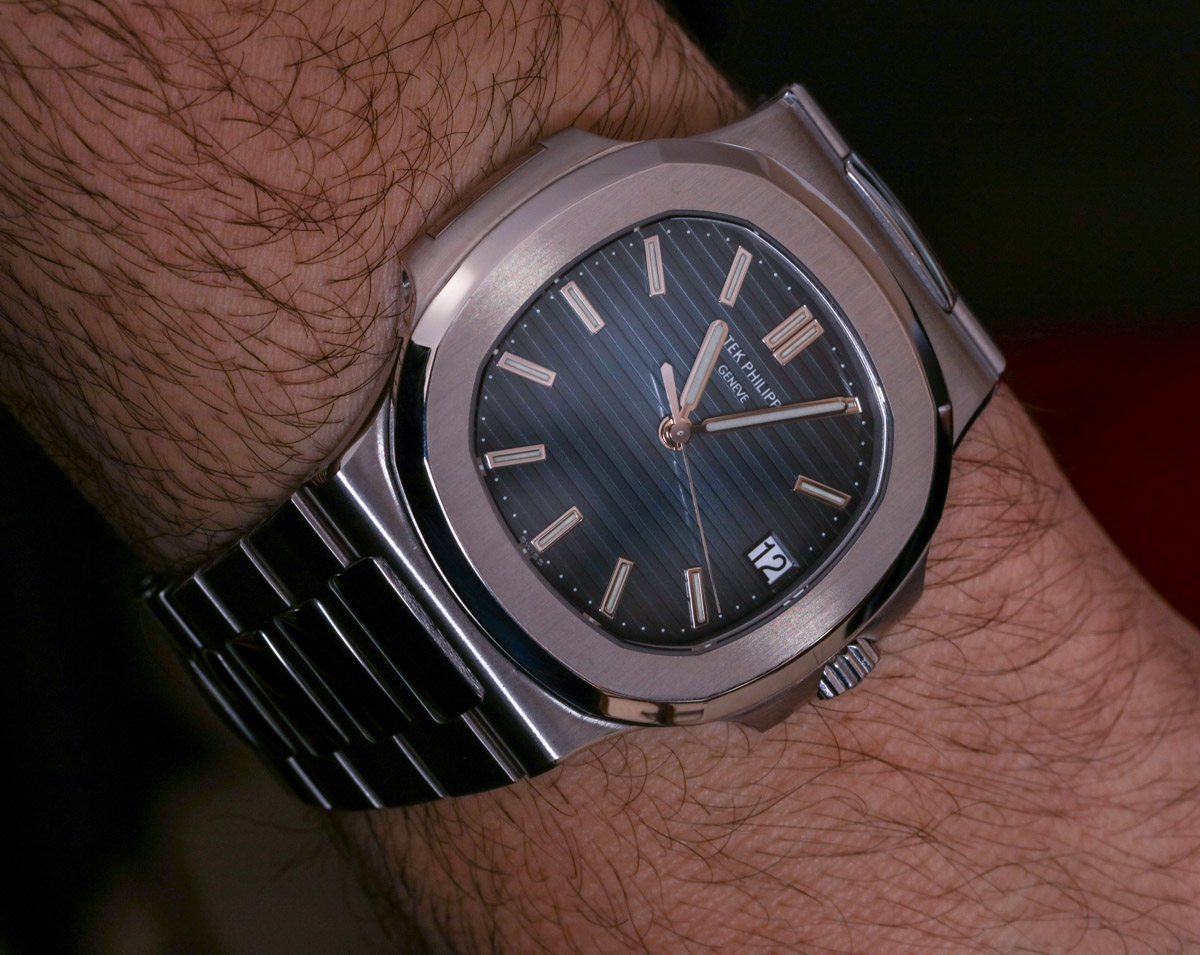 The premise of my review of the famed Patek Philippe Nautilus 5711 “Blue” watch (reference 5711/1A-010) focuses on one simple question: “What makes this steel sports lifestyle watch, with all of its love handles, persistently in high demand?” To further illustrate my point, right before the publication of this review, Patek Philippe decided to raise the price of this watch by 20%. Though I’ve always held a great respect for the Patek Philippe Nautilus, I’ve never had a particular desire to own one. On one hand, I have great admiration for the work of the late Gerald Genta, who designed this true Patek Philippe classic in the 1970s. Additionally, I’m a fan of watches on tapering bracelets as well as accurate, well-made movements. On the other hand, even though I respect Patek Philippe’s watchmaking craft more than that of Audemars Piguet, Gerald Genta’s other classic, the Royal Oak, is a more fitting watch for my “edgy” tastes. In some sense, the two watches are two cats from the same litter, with Audemars Piguet choosing the more feisty kitten and Patek Philippe getting the smooth-haired young one. You can’t definitively say that one is better than the other—although I’m sure most, if not all, would agree that Patek Philippe has the superior movement.

Given the low-profile presence of the Nautilus on the wrist, however, it has never been my cup of tea. I tend to like slightly more assertive designs a bit more, and the side flanks of the Nautilus never really grew on me. With that said, I was very impressed with my last hands-on experience with a 5711-style Nautilus, the Patek Philippe Nautilus 5711/1P, the 20th anniversary solid platinum edition with diamond hour markers. This model, on the contrary, is a steel watch that (formerly) retails at just under $25,000 USD, but is often found for even higher prices, not to mention the waitlist. It’s harder to get than a ceramic Daytona, and no one is really quite able to figure out why. In any event, the 5711 in blue is a hot luxury commodity, so even pre-owned versions are easily able to sell at retail price. 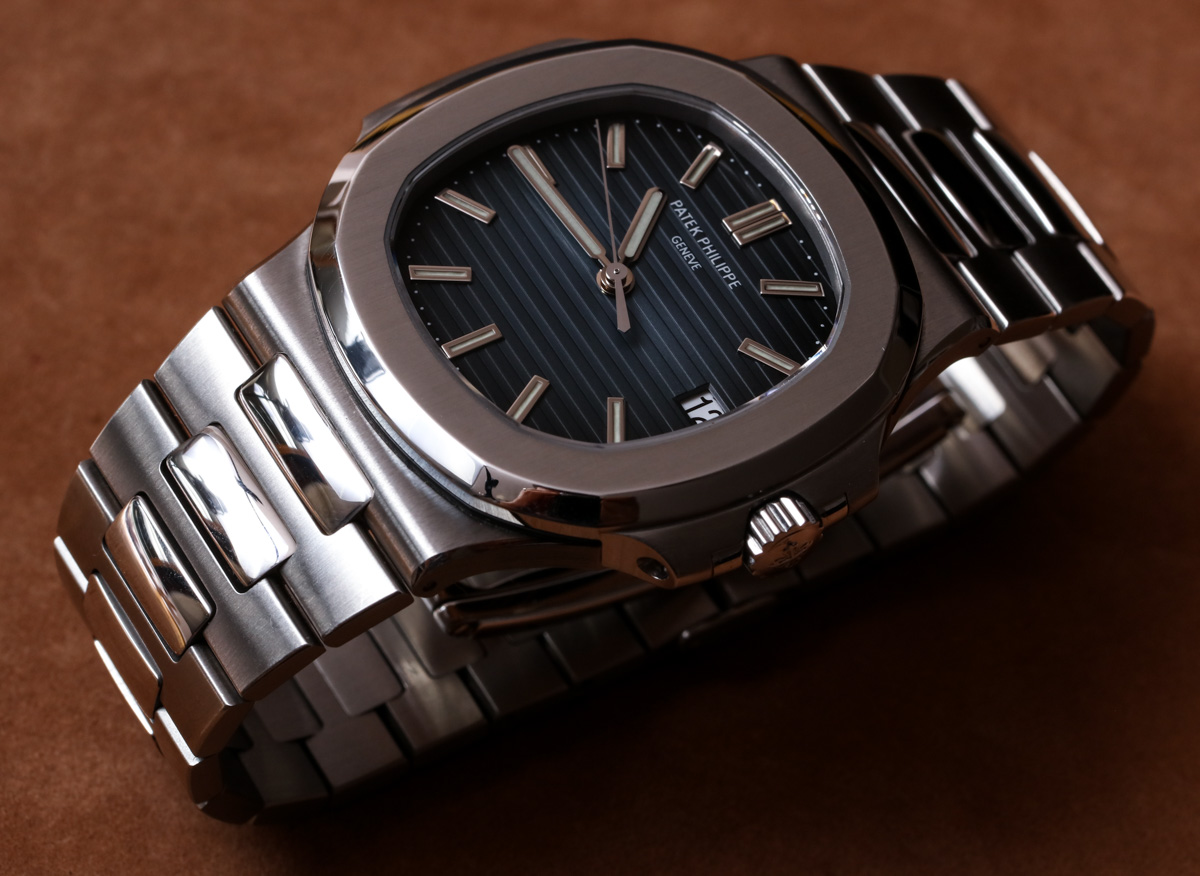 Could this all be part of the “Genta effect?” Is the magic of Gerald Genta’s designs fueling this demand for this high-end timepiece beyond its anticipated lifespan? The late watch designer is probably more popular today than during his lifetime, and though I don’t think that I’ve cracked the code of what makes many of his designs so interesting, but I do think that this Nautilus helped me start putting the pieces together. One thing is for sure—the famed reputation of these designs wouldn’t be possible without Patek Philippe being a quality watchmaker. 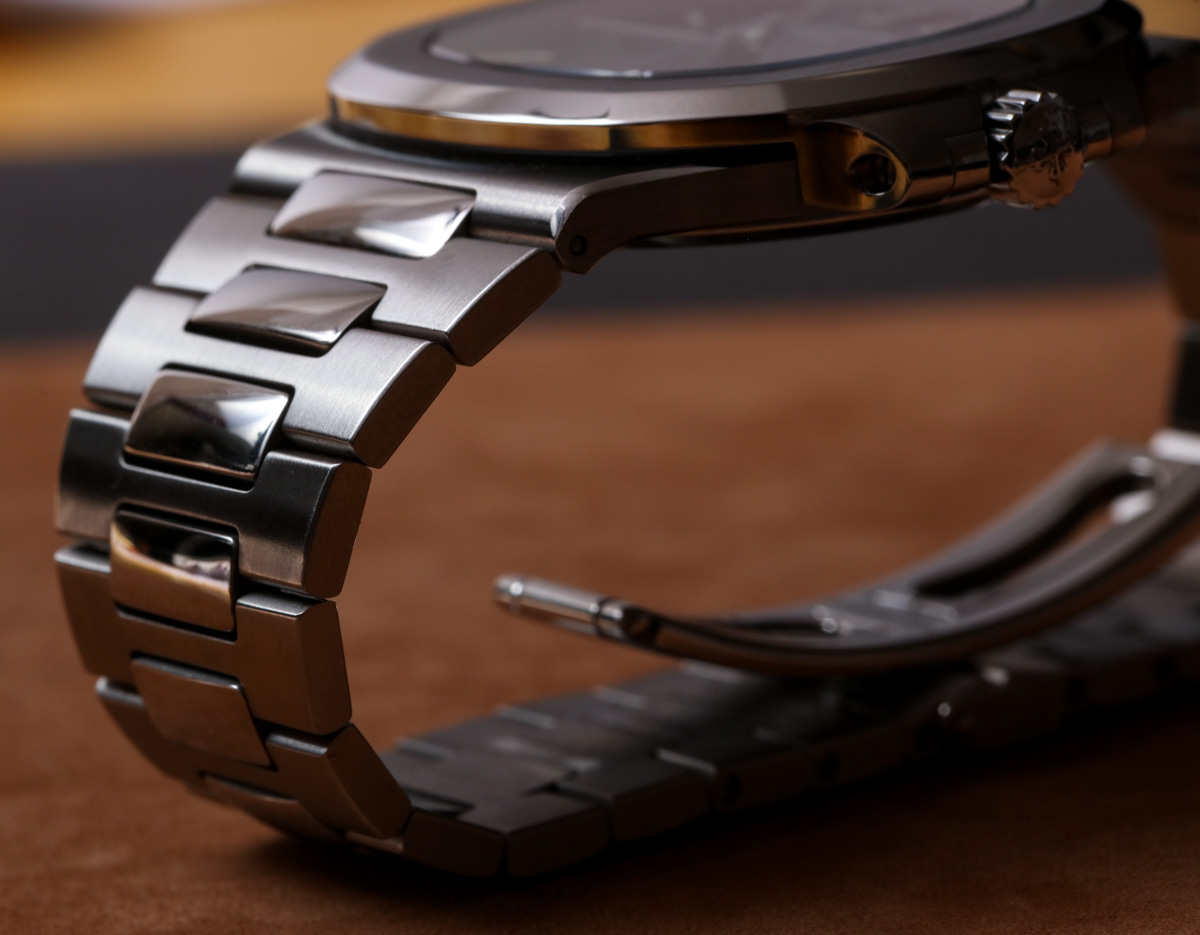 What was Patek Philippe aiming to achieve with the Nautilus? When it was introduced in 1976, it was supposed to be a maritime lifestyle luxury watch for wealthy men and their family members who spent time boating or living by the sea. Genta pulled in design cues such as boat portholes for the design of the bezel and flanks, and the horizontal lines on the dial are meant to resemble teak wood boat decks. Not only was the starkly contrasting brushed and polished finishing on the case common practice for other watches produced at the time, but it was also evocative of the metal hardware of a yacht deck. 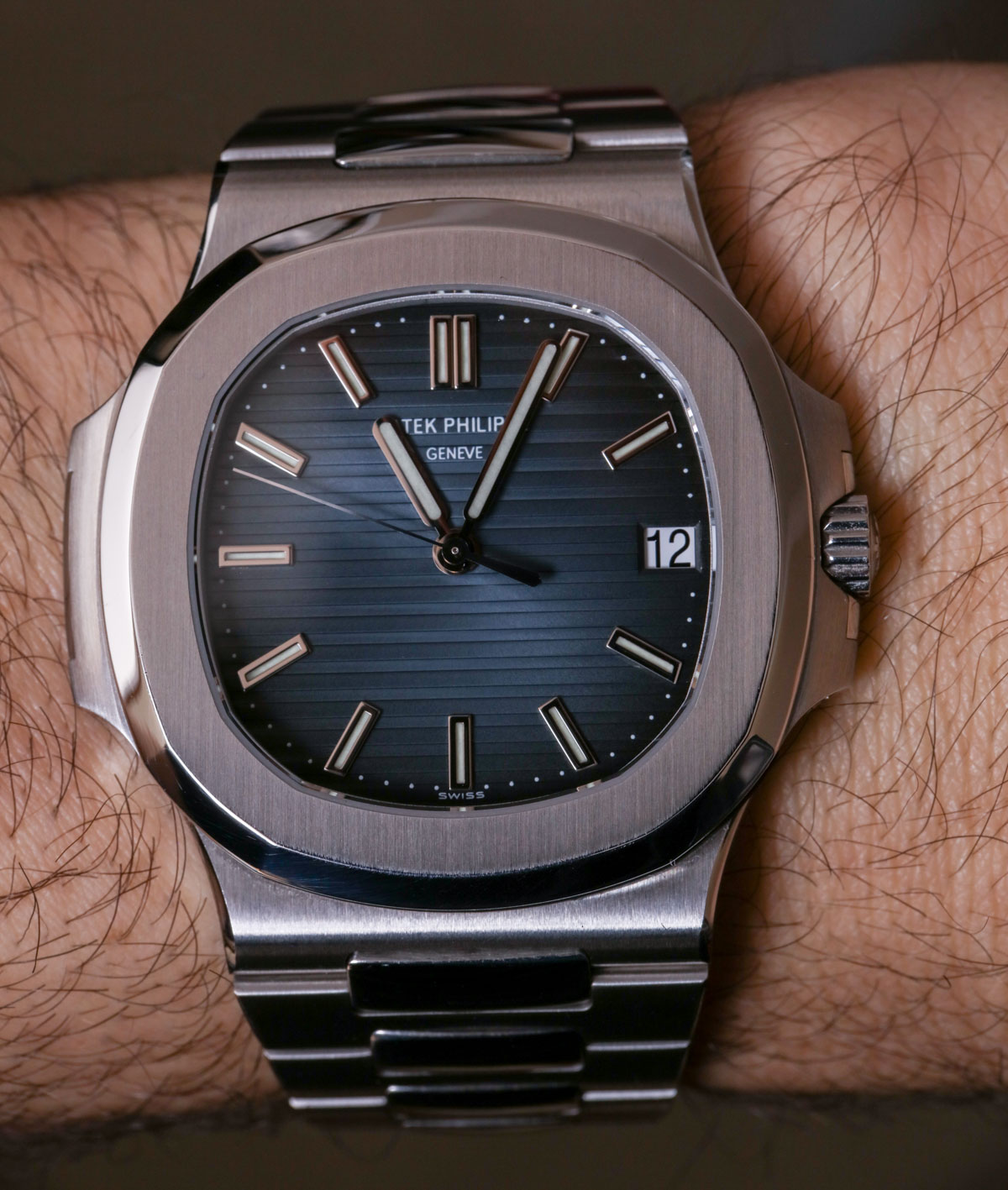 I believe that one way to appreciate the real talent of Gerald Genta is to view him as a master bracelet designer. He seemed to know how to blend an elegant and legible dial with the perfect bracelet. At the time Genta became involved in design, product design for watches was just as significant as product design of, for instance, automobiles. Everyone had them and used them, so because of the wide variety of these items, people were genuinely interested in unique designs. Thus, Genta was designing something that would be both worn and seen by everyone. In this case, the people wearing those watches were the rich elite that comprised Patek Philippe’s consumer base in the 1970s, and it’s the same demographic, albeit in larger numbers, that still wear Patek Philippe today. 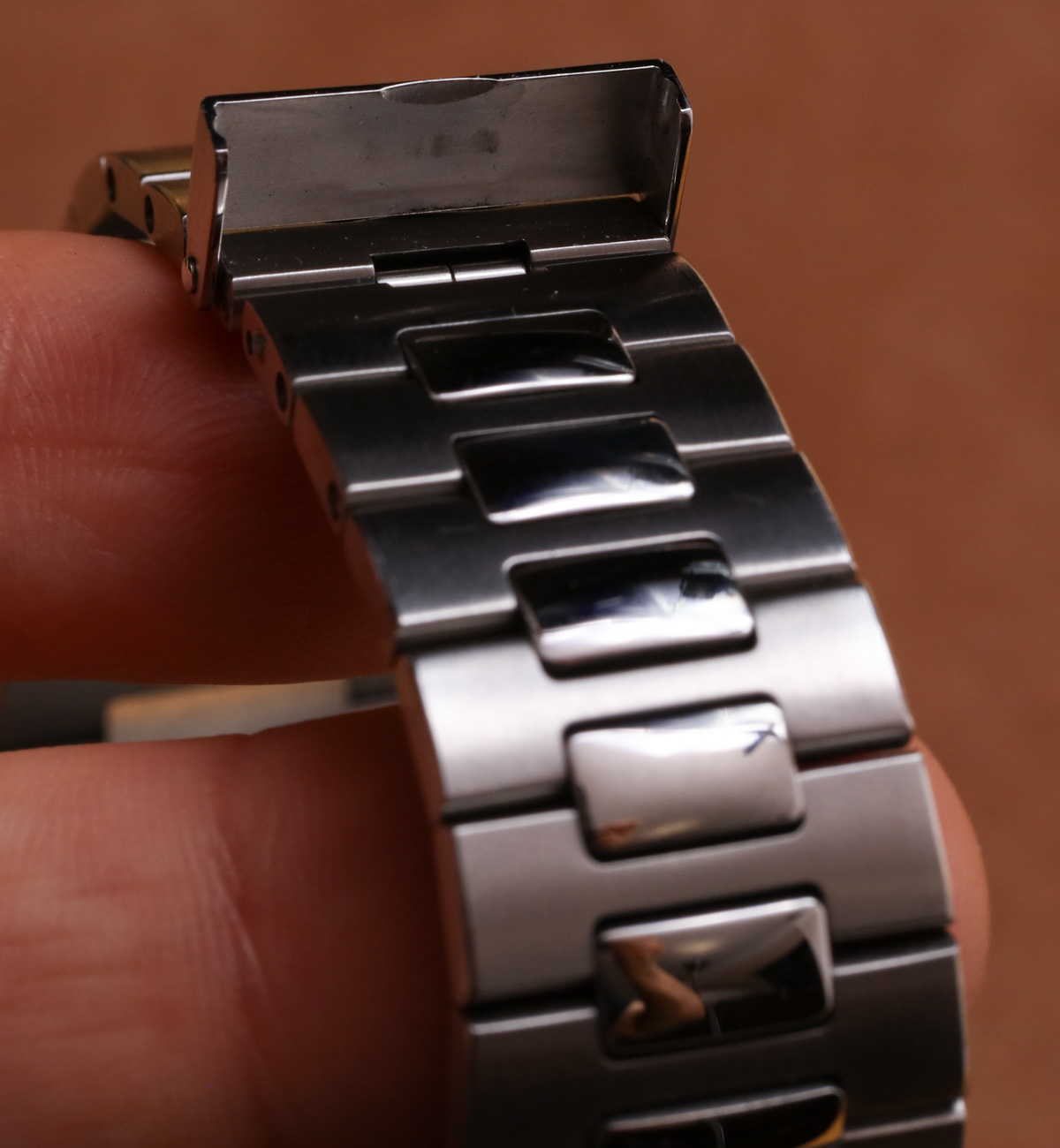 My conclusion is that the Patek Philippe Nautilus is an excellent example of a men’s bracelet jewelry that just so happens to have a watch attached to it. The steel construction of the case and bracelet prevents it from being overly pretentious as well. Not only does a very respected watchmaker give the design the finishing and construction it deserves, but it also equips the watch with the finest non-complicated mechanical movements. Unlike Rolex, the movement isn’t hidden behind a solid caseback. Rather, Patek Philippe wants Nautilus owners to strut and show off that shiny in-house made caliber 324 S C through the sapphire crystal caseback. 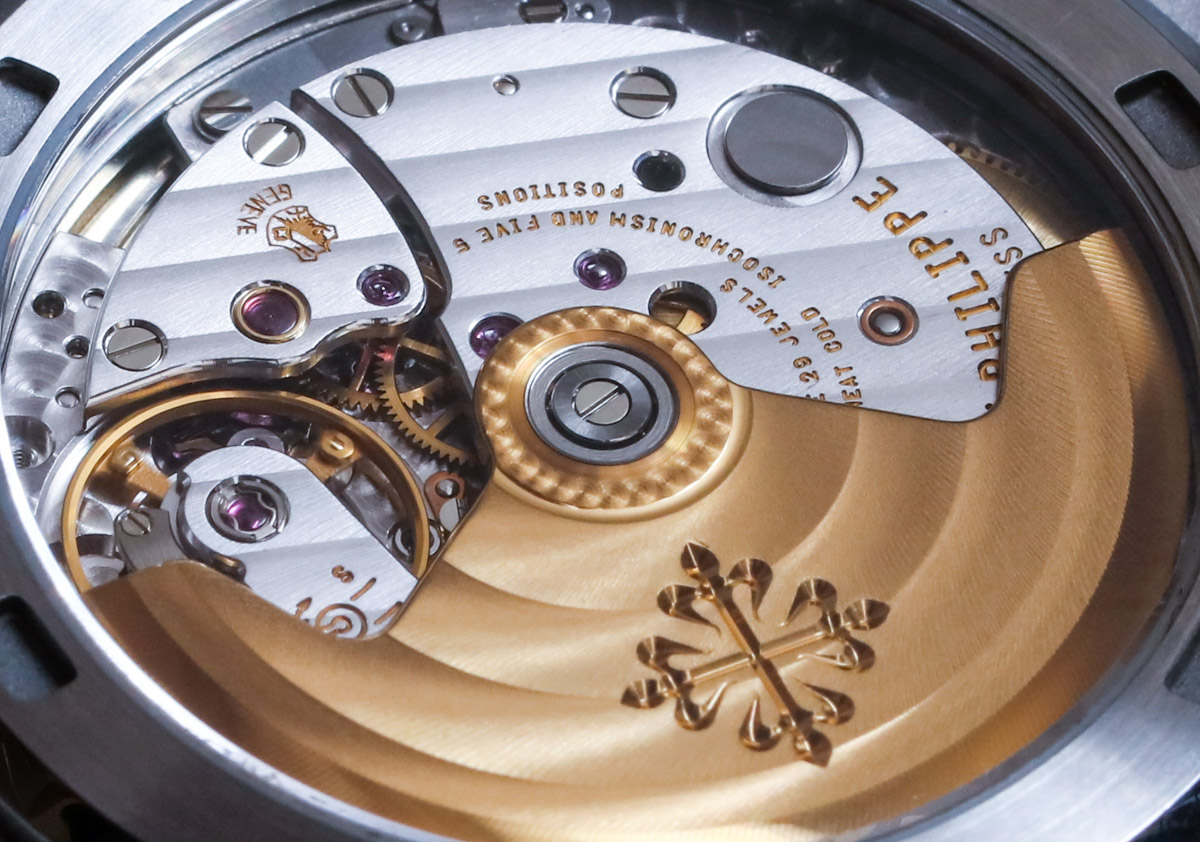 The movement is a fine example of what you should look for in a simple yet high-end sports watch. What makes the caliber 324 S C impressive beyond its high-level of finishing is its thin profile. The movement is just 3.3mm thick, and in all, the Nautilus maintains a water resistance of 120m despite being just 8.3mm thick. The automatic rotor is in solid 21k gold, which actually means it weighs enough to keep the winding efficiency high. The movement operates at 4Hz (28,800 bph) with 45 hours of power reserve, and it also features Patek Philippe’s in-house Gyromax balance wheel and Spiromox balance spring. I would say performance is likely on par or within a respectable margin of Rolex’s “Superlative Chronometers.” Finishing, though, is a different story—Patek Philippe lavishes the surfaces with Cotes de Geneve stripes and small, elegant sections of perlage, with the latter being my favorite element of the movement. 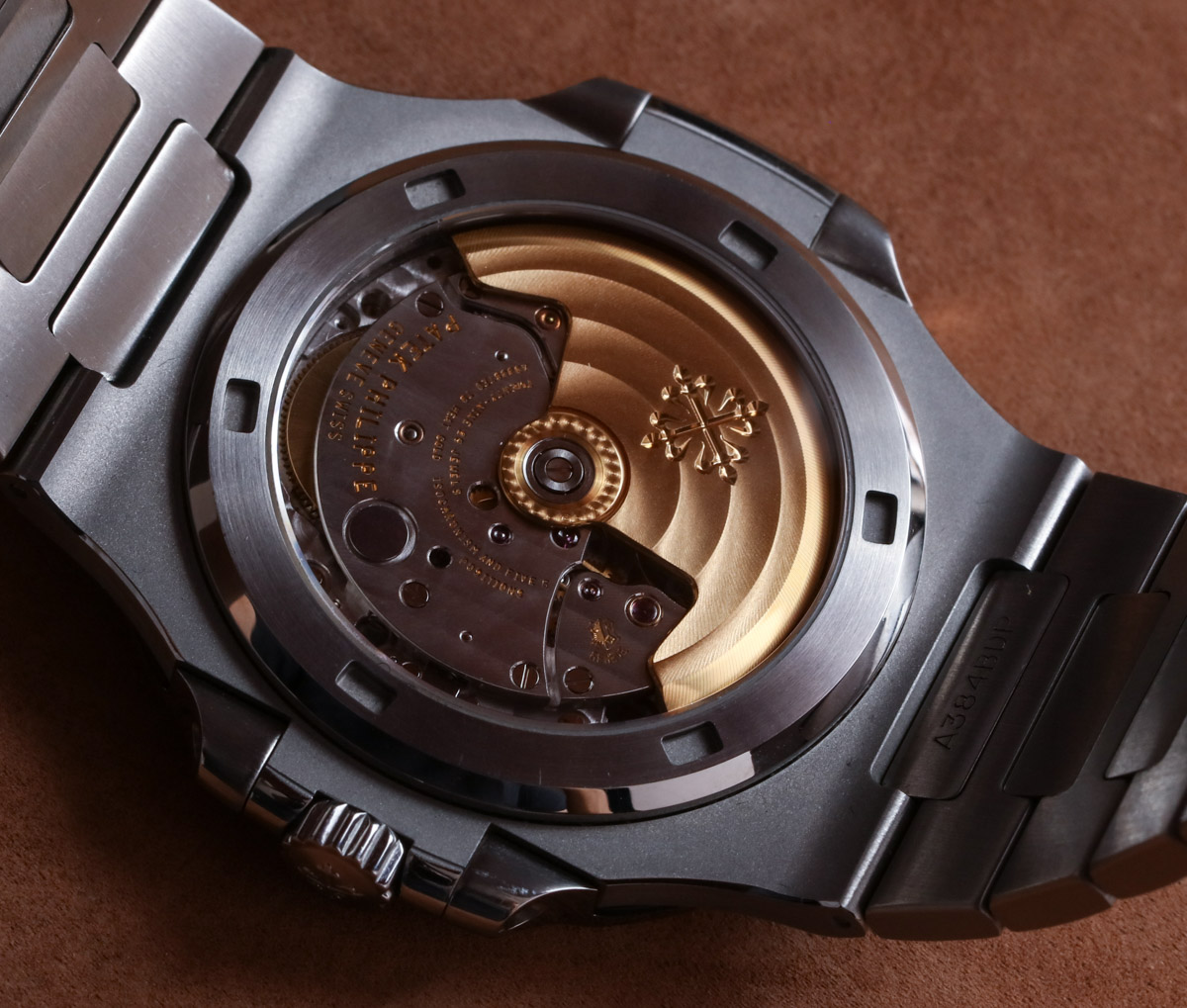 There are still minor differences between the finishing of the caliber 324 S with a movement on a watch in the $100,000+ range. The beveled edges, for instance, are very slim, and I’d love for them to be wider and more hand-finished. It would just make the movement feel so much more valuable. I’m being scrupulous with the movement because even though it looks and performs amazingly, this is a steel watch that costs $25,000. My expectations, and consumer expectations as a whole, are therefore a bit higher at this price range. 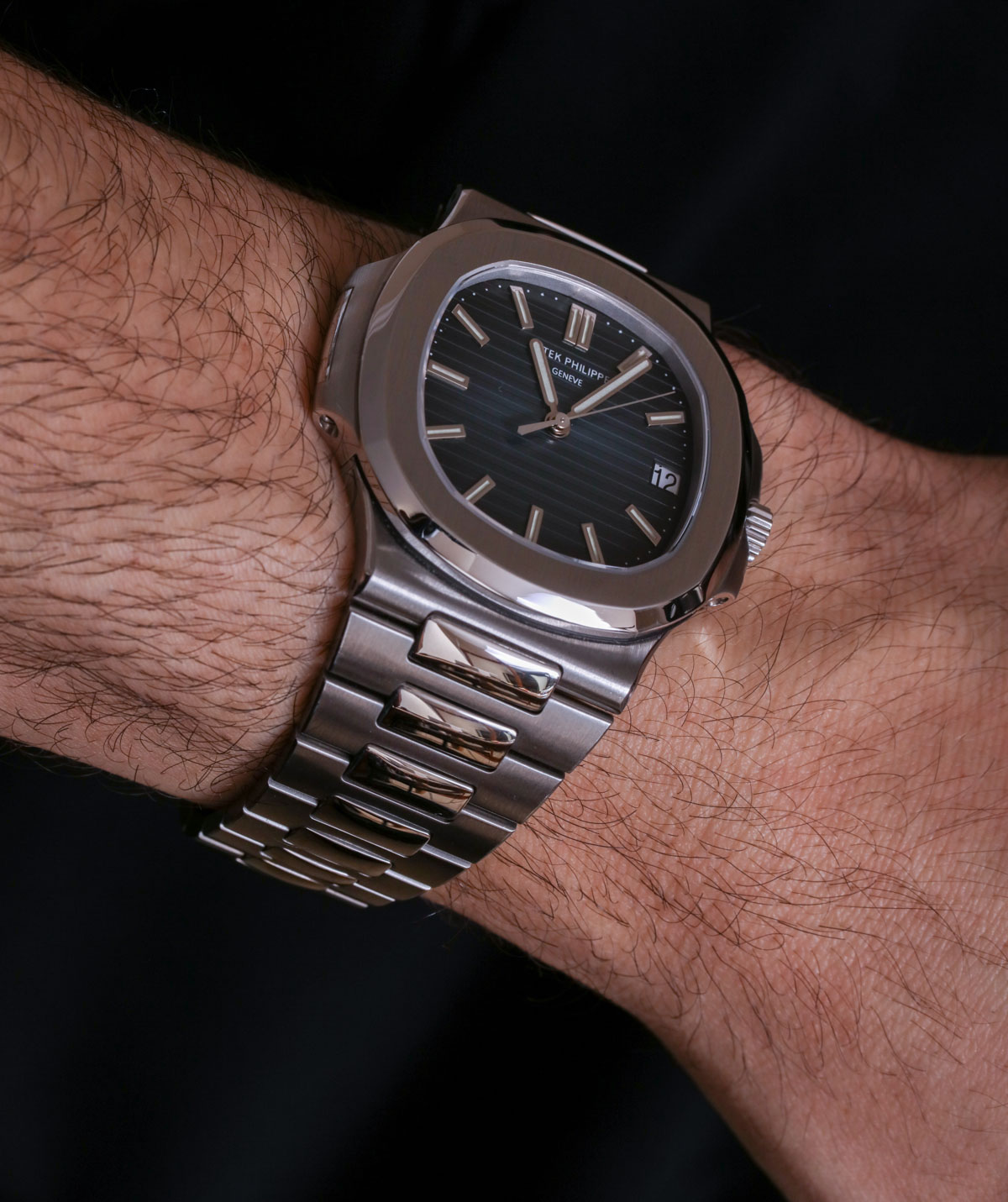 Patek Philippe’s strongest reason to back the steep cost of the Nautilus is how many steps it takes to manufacture and polish the case and bracelet. The process consumes a lot of time, uses many different types of specially-trained employees, and is very difficult to complete without mistakes. Watch bracelet making is a valued but scarce art—and Patek Philippe (along with the likes of Rolex and Audemars Piguet) is among the few keeping it alive. Alive, but not necessarily progressing. In my opinion, the Nautilus is a perfectly made, modern sports watch for guys who are equally unlikely to wear their watch into the water today as they were in the past. Patek Philippe has maintained the same Nautilus archetype, while continuing to make it a more efficient and reliable timekeeper. In a way, there is no real 21st century Nautilus, and I’m not sure there ever will be. Despite much of its former creative glory, Patek Philippe today is an extremely conservative brand. I would love to see a Nautilus 2.0 (so to say) that transports the concept of a luxury sports lifestyle watch into the modern era. It would definitely be of Patek Philippe quality, but it would be more representative of contemporary values and aesthetics. Would that happen? Could that happen? If Patek Philippe chooses to take on that project, they could create something very cool.