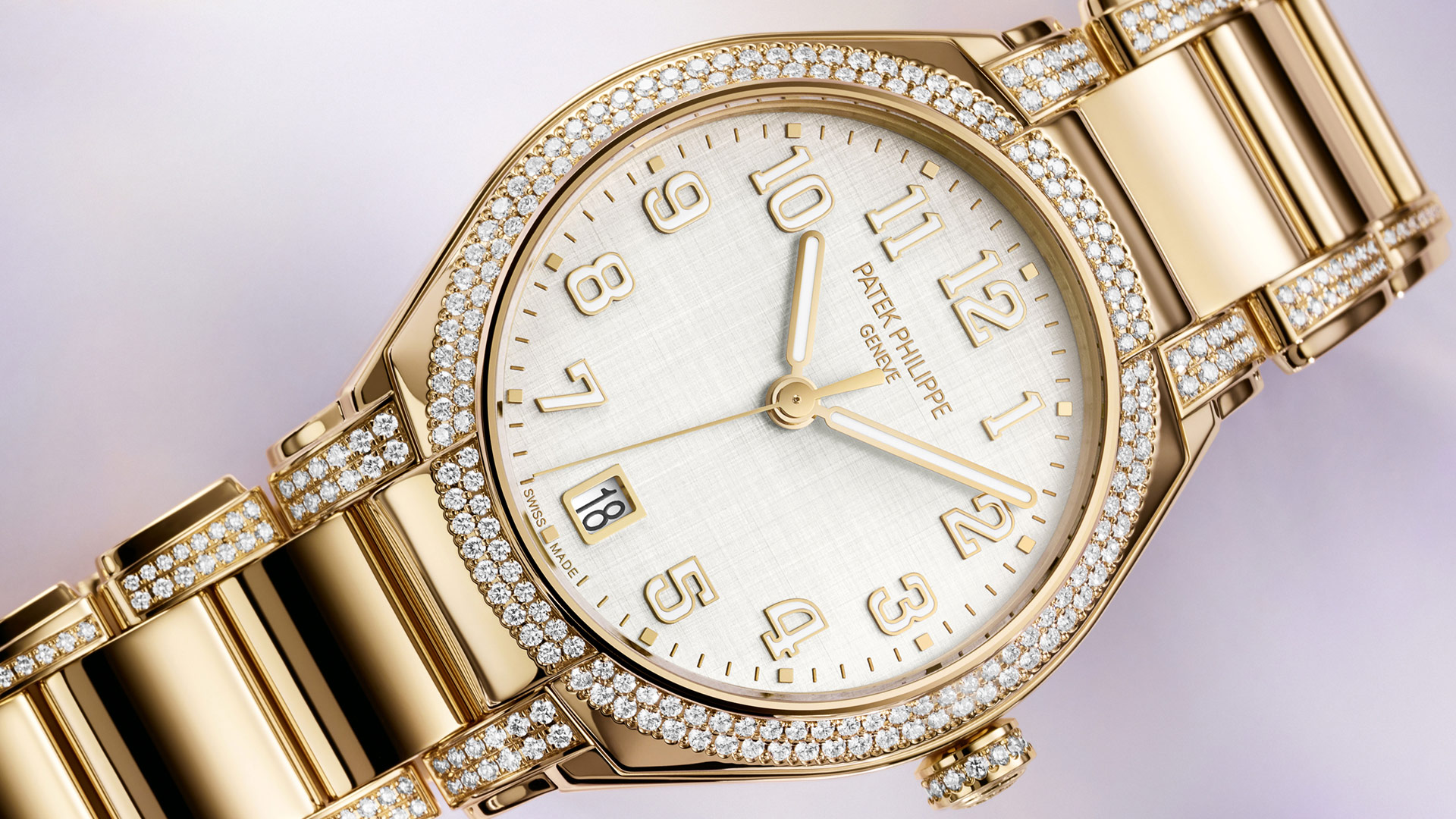 Patek Philippe introduced its main ladies’ collection, the Twenty-4, 19 years ago in 1999. At the time, the mechanical revolution was just beginning to re-emerge after two decades of quartz dominance that killed most of Switzerland’s smaller mechanical watchmakers. Most ladies’ watches were still quartz, and the manchette bracelet-style watch design reigned supreme. Fast forward to 2018, and it is a very different watch world, in which the new Twenty-4 is the perfect modern ladies’ watch – which is to say it is practically nothing like the original. It has a mechanical automatic movement, it’s 10mm bigger than its predecessor, and it is round. The only thing about the new Twenty-4 that resembles the original is the bracelet, with the same link design except that it is tapered, which is more appropriate for a round ladies’ watch. 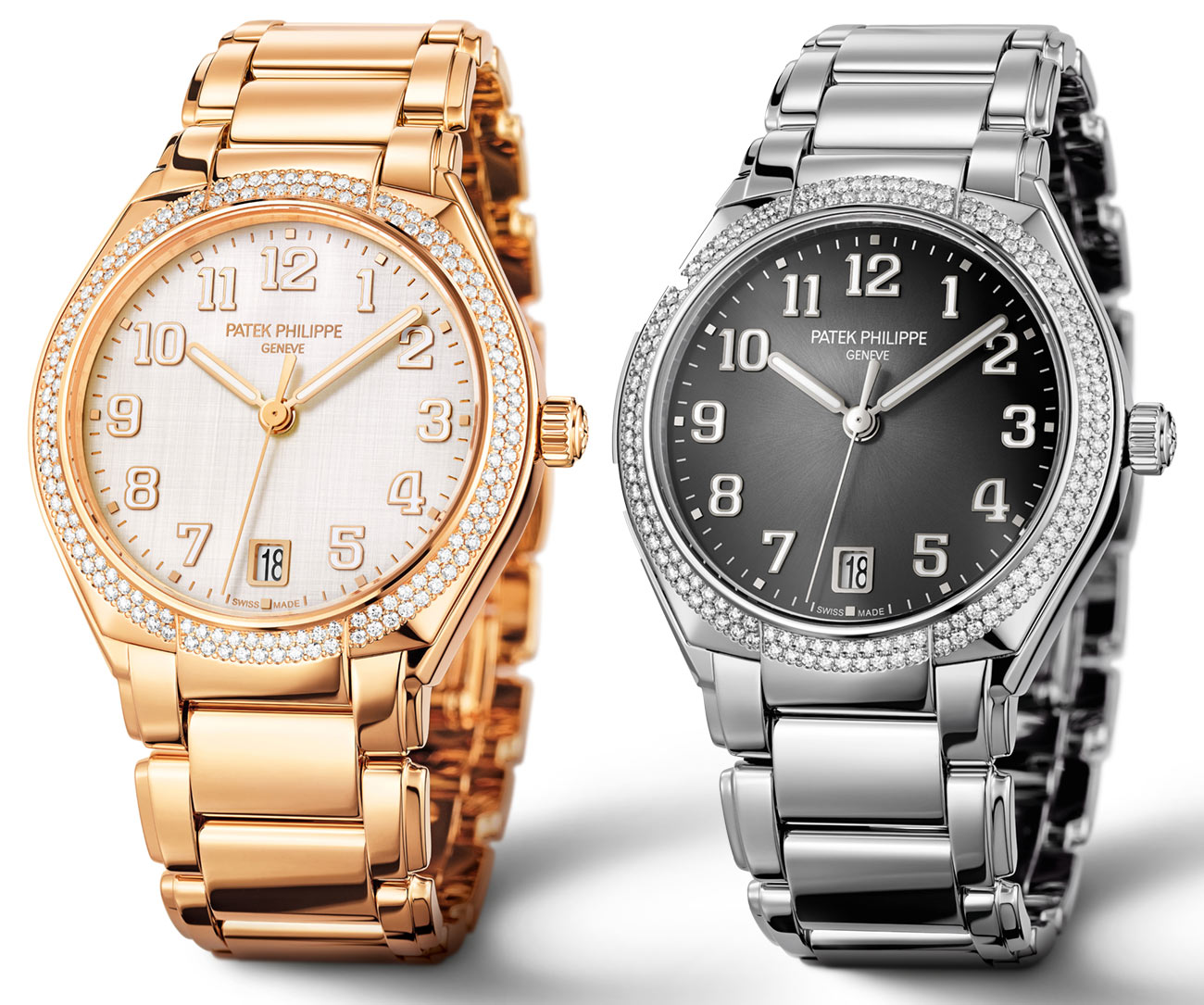 The Twenty-4 Ref. 7300, then, is really a new watch, rather than a redesign. It contains the automatic caliber 324 S C with a date display and sweep seconds. The quartz movement of the original was only hours and minutes. Another radical change is the font. The original had markers plus two Roman numerals at 6 and 12 o’clock. The new one has applied Arabic numerals in a font not seen before on Patek ladies’ watches, although it looks very much like the numeral font on the pilot’s watch Ref. 7234, which reveals Patek’s effort to make this a more sporty, everyday watch than a dressy classic watch, which is what the original Twenty-4 was – and still is. The new Ref. 7300 does not replace the original Ref. 4910, and there is a reason for that. The Ref. 4910 is one of Patek’s best sellers. 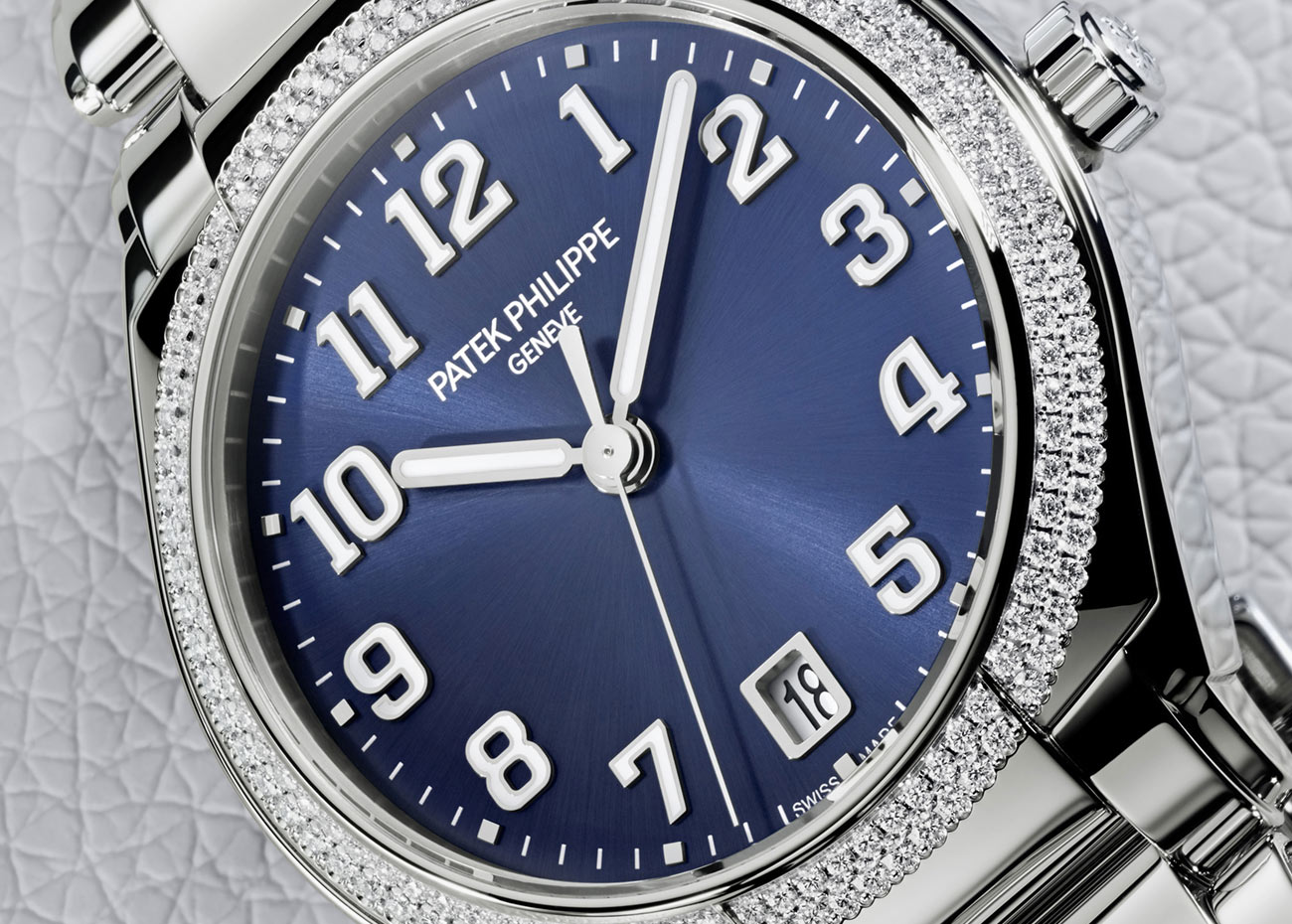 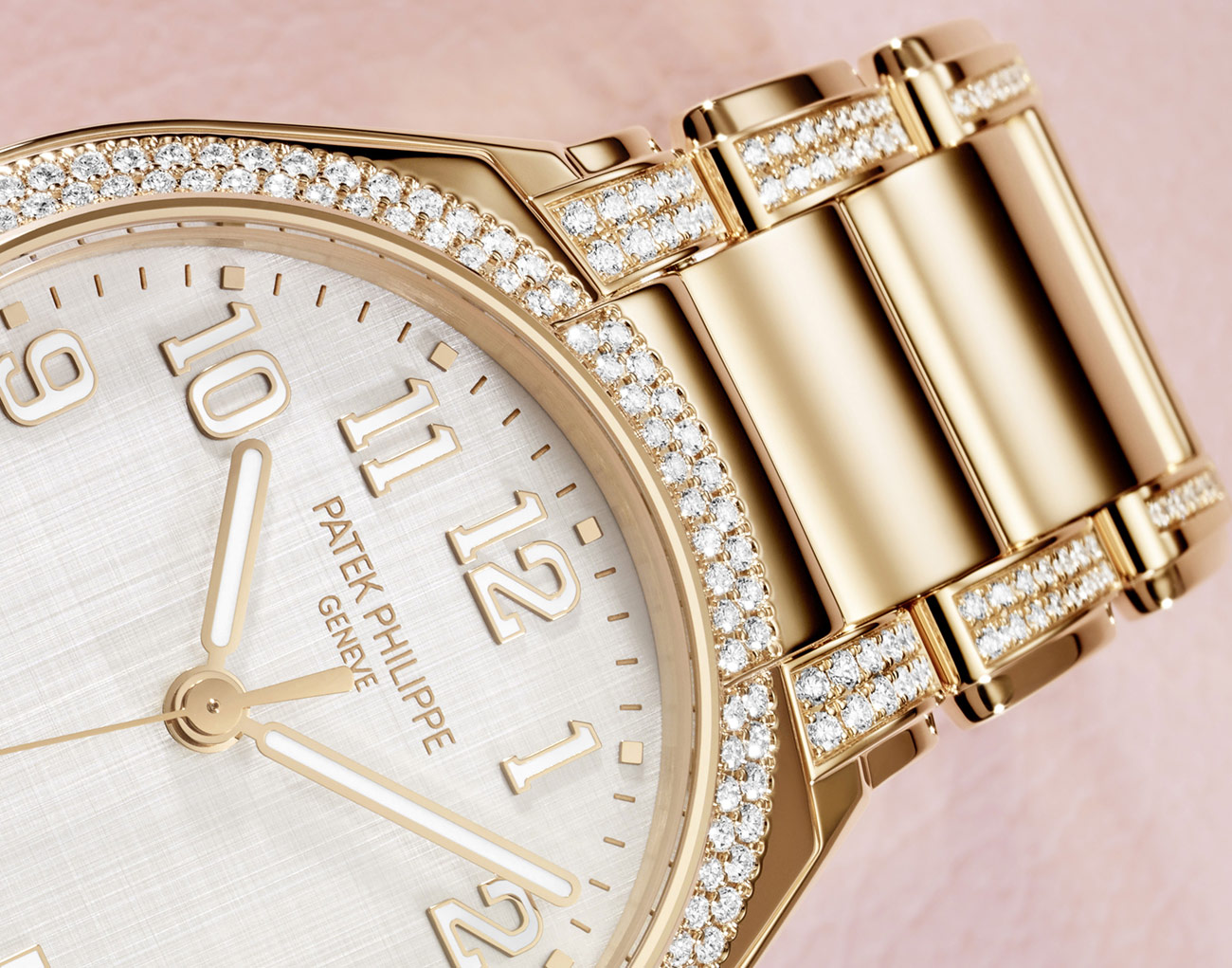 The new Twenty-4 has the same rounded baton hands as the 4910, but they are bigger. And there is another big difference: the hands and numerals on the 7300 are lumed, another design feature more in line with sports watches. Combined with the double row of diamonds on the bezel and the option with a diamond bracelet, this makes for a watch that really straddles both worlds: dressy and sporty. And why not? That combination is what makes it a truly modern watch that can be worn anywhere. Social media comments have criticized the new Twenty-4 for being nothing like the original, but if it had been given Roman numerals, no lume, and a smaller case, the same people would be crying that it is too derivative and not new enough. Unless it was touted as retro, but it would be hard and rather pointless to do that with a ladies’ watch from the ’90s – it wasn’t exactly the golden age of watch design. 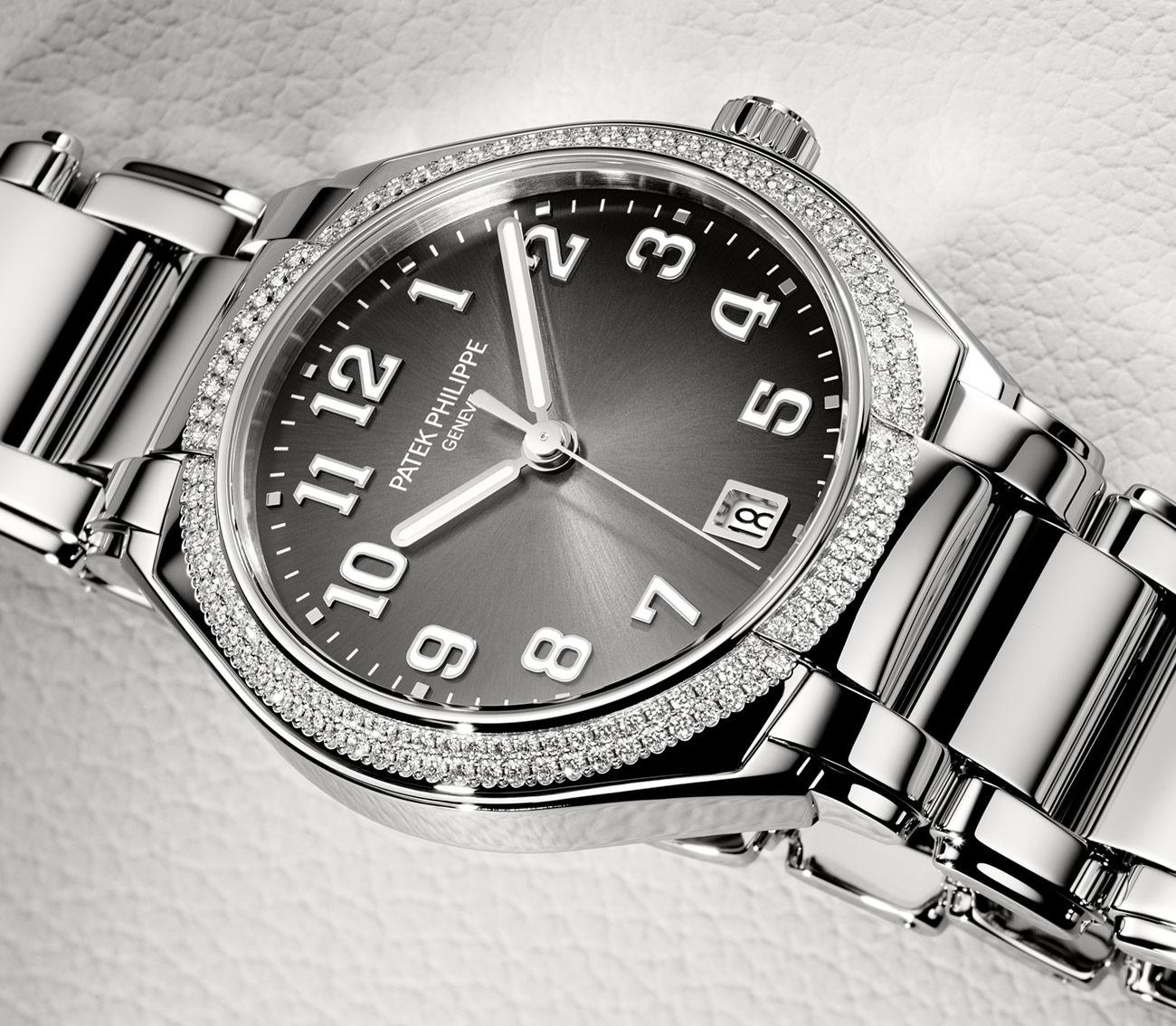 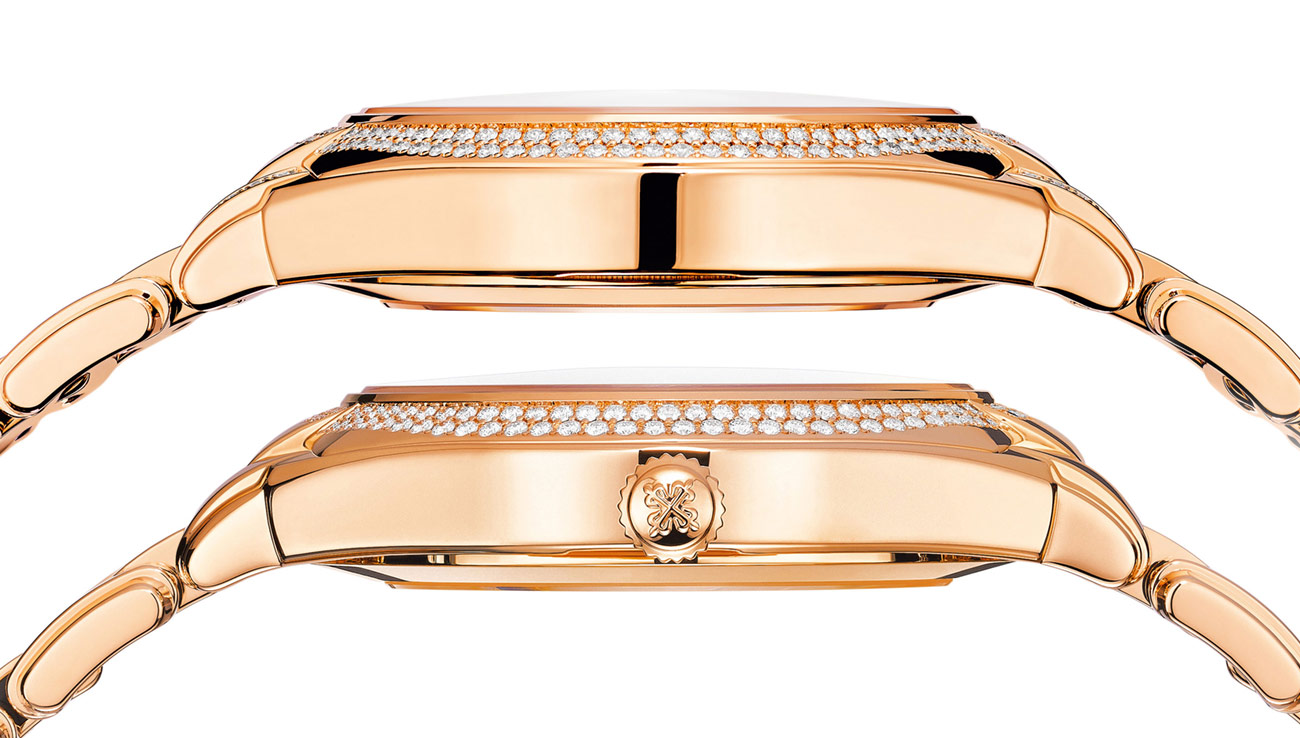 The case size is also very contemporary. It is 36mm in diameter compared to the comparatively diminutive 25.1mm of the original. Thirty-six is the ideal size for a woman’s watch today, and even suitable for men’s wrists, and I can see men wearing the steel model with the blue sunburst dial. Despite the diamonds, that watch is just plain sporty. If the bezel was set with one row of larger diamonds, this wouldn’t be the case – it would be a true ladies-only watch. The double row is more subtle and less jewelry-like. The angular case design also makes it sportier. If it were more rounded, it would be a lot more feminine. 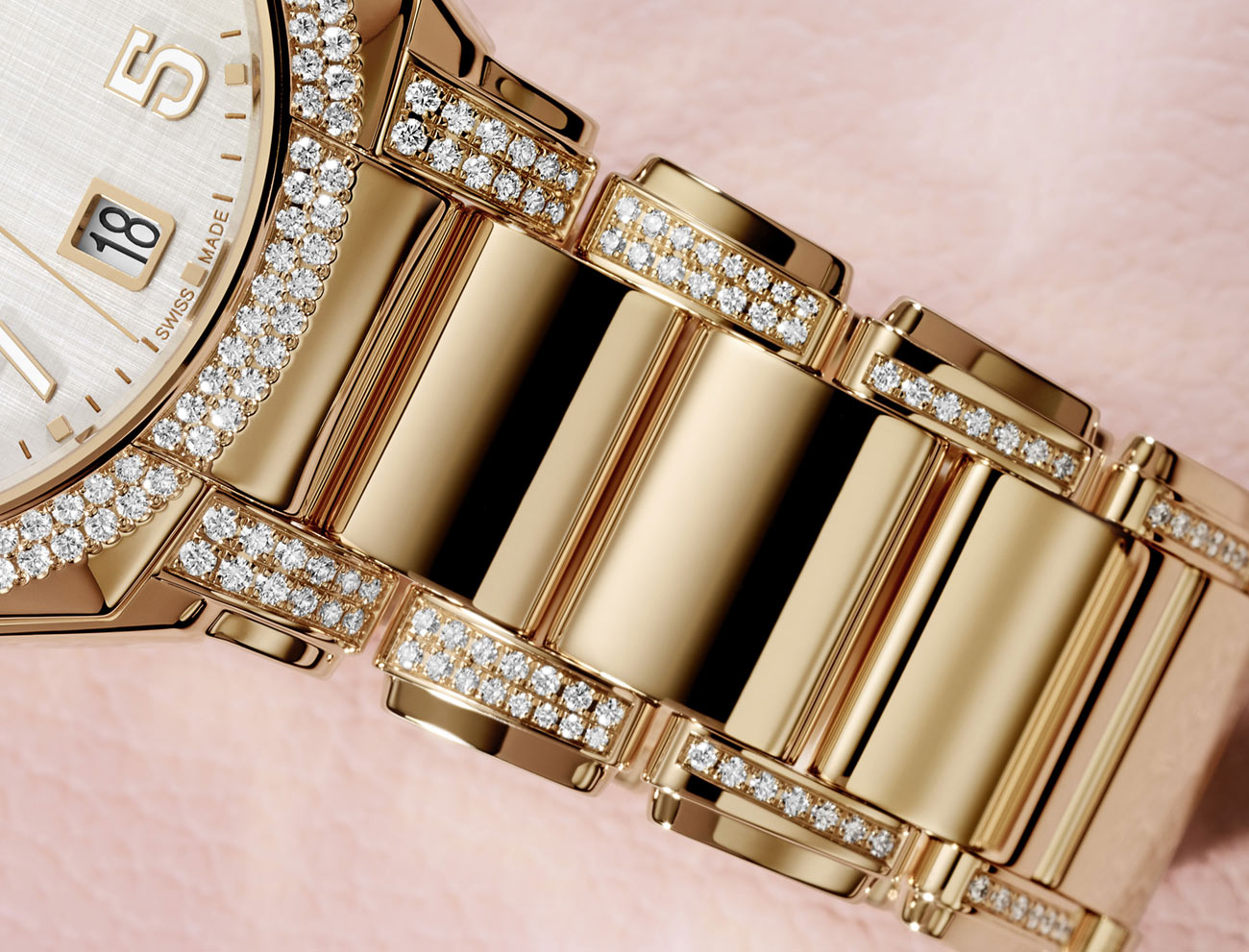 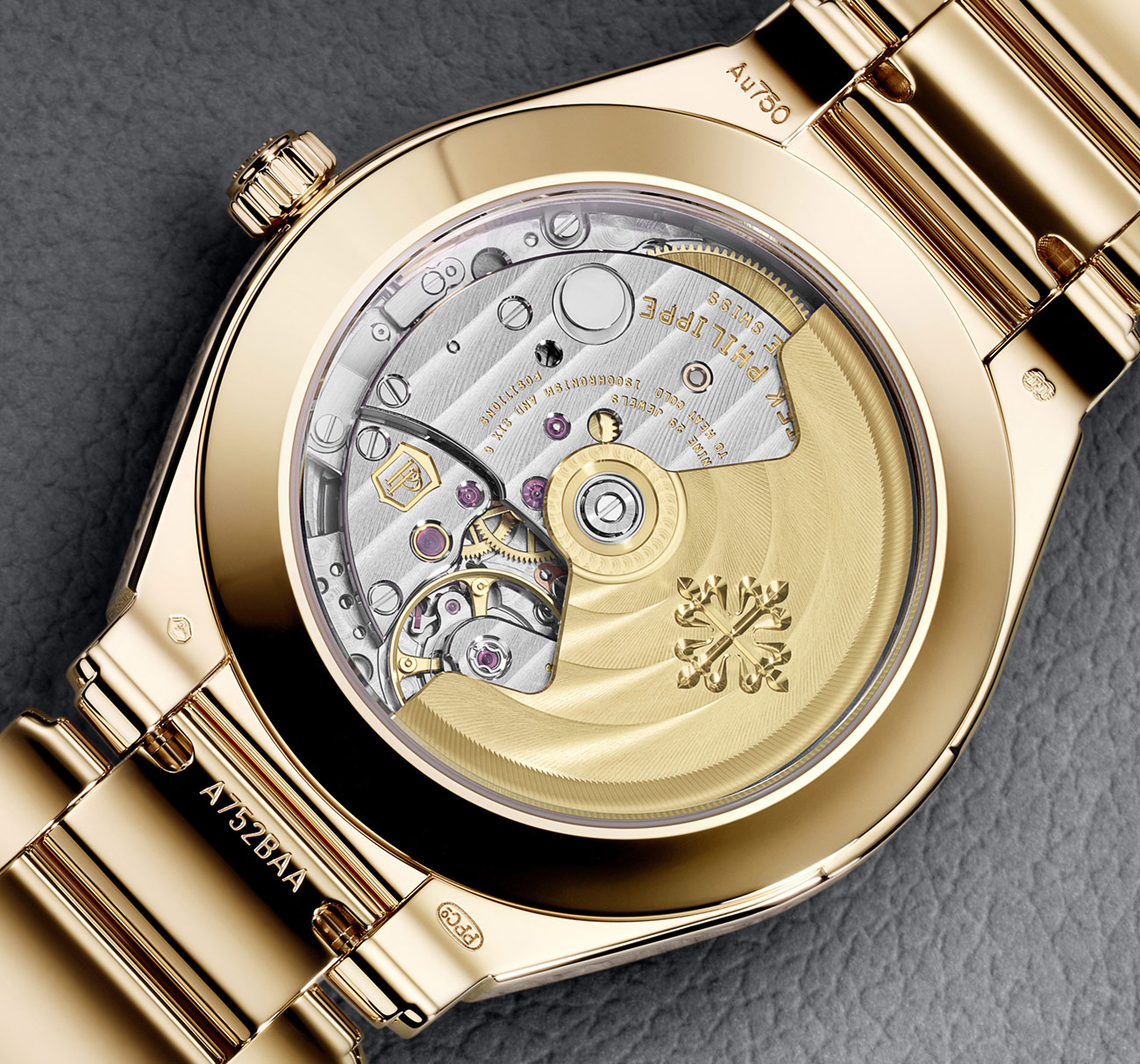