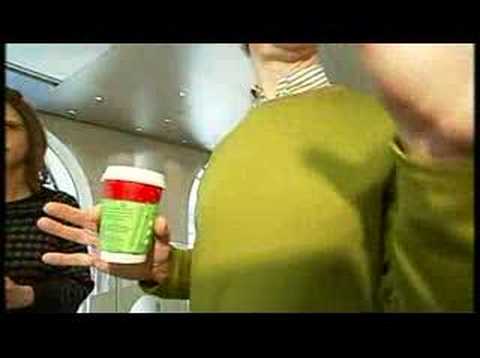 P.E.A.R (People Enraged by Apple Relations) wants you to be aware of this! Watch this video of a Benjamin Cohen, a correspondent from UK broadcaster Channel 4 in the UK interviewing Apple Senior Vice President of Worldwide Product Marketing Phil Schiller. After you watch it, keep reading this article.Disturbing? That is really the term that came to mind for me. In case you are confused, as is possible, Apple is refusing to answer a reasonable question regarding the possibility that iTunes can be considered to have a monopoly on, well several things. Specifically, how use of an iPod is forcefully linked to using iTunes. Here the reporter asks an innocent enough question to an Apple employee who at the very least should have some canned response to the question. Instead, Apple Zealots seem to appear from behind the scene for some good ol’ fashion totalitarian style censorship with a happy face. “Better if people not know such information, question damaging to successful Apple nationalistic pride.” Was this really the best way for Apple to handle the situation. Either they aren’t spending enough money on marketing efforts, or they have some serious skeletons in their closet.

This video can be found on Gizmodo.com, and enjoys a good deal of interesting comments from the blog’s readers. Not surprisingly, a good amount of the people either defend or explain Apple’s actions as being reasonable, or expected from a company that can do that. There is always the “if you don’t like it, don’t use an iPod or iTunes” approach. All this may be true, but it doesn’t remove the basic idea that Apple was totally bullying this reporter. And I am using “Apple” as a general term, because there is no doubt in my mind that this is a company wide practice which is authorized and directed from above (i.e. Steve Jobs and the Apple goons). The idea that a company is so arrogant as to direct the media in such a matter is capitalistic of course, but is also troubling when you want to think that the press is free, unbiased, and that products are made for consumers, rather than consumers being made for products.

The iPod/iTunes/Mac triad is a monopoly hands down. Whether or not it is a illegal monopoly is another question. In the US, not all monopolies are illegal, but the intentional creation and maintenance of a monopoly is illegal. For example, if your company enjoys the best car sales in the US, say 90%, but you do nothing other than create a good product, you have a legal monopoly. However, if you designed your business around creating a monopoly, and unlawfully held other companies back, or engaged in “anti-competitive behavior,” then you have an illegal monopoly.

So why is Apple so scared about talks of a monopoly? Probably because their conduct would be interpreted as them enjoying an illegal monopoly. So rather than just be the best company they can be, they work hard to unfairly keep competitors out, which is the whole little point of this Apple monopoly issue. I predict, that in the coming years, there will be a hell of a monopoly lawsuit against Apple.

While I completely understand why Apple engages in this behavior, as seen in the video, it troubles me because it looks too much like the underpinnings of anticompetitive behavior. This is un-American, and certainly bad long-term business practice. As seems to be the common sentiment, “I understand what Apples is doing and would probably do it myself, but I wouldn’t give them a dime of my money.” Apple has a lot of fans out there, but for the educated and enlightened consumer, you should learn to not bite into the poison Apple. P.E.A.R out.

See the blog comments and article at Gizmodo.