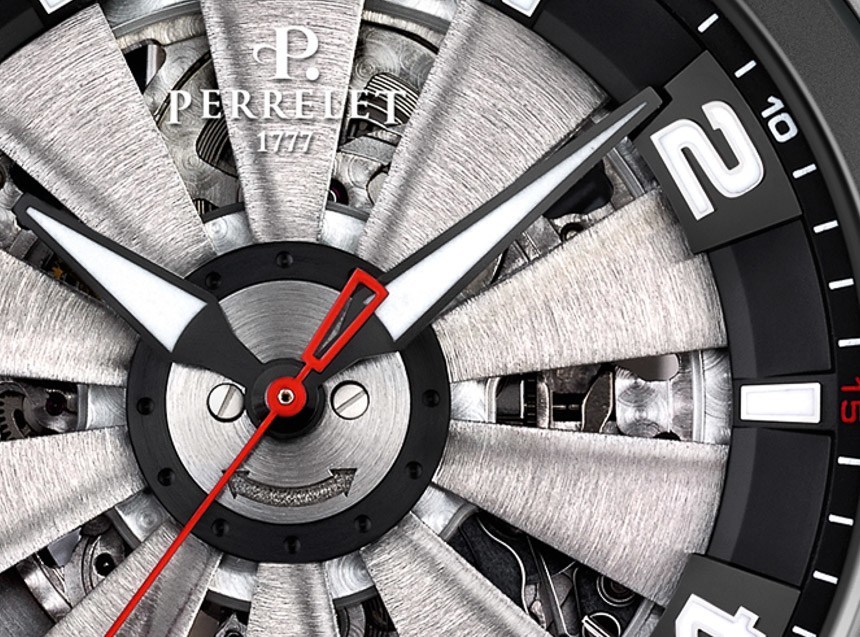 For 2015, the Perrelet Turbine Skeleton marks a return to some of the original reasons why the Turbine collection was so cool for a while. What you essentially have is a smaller version of the Turbine XL case (more on that below) with the entire rear part of the watch face missing. That means the dial “turbine” rotor spins around with a view of the naked mechanical movement inside of the watch behind it. The Perrelet Turbine Skeleton watch is like a peep show for movement lovers.

It was back in around 2009 that Perrelet first introduced the Turbine watch collection. The concept was dead simple, but also fun. The Perrelet Turbine watch dial was inspired by jet engines, and the turbine actually spins around as it is basically a second rotor on the dial – mechanically similar to the rotor in the automatic movement. The notion for this concept actually came from the fact the for a while, Perrelet’s trademark design was to have a rotor on both the rear of the movement and the dial. The original name of the Turbine watch was actually the Perrelet Double Rotor Turbine. In 2011, Perrelet revised the Turbine’s case design when they released the Turbine XL – that came in a 50mm-wide case versus the 43mm size of the original. While the 50mm wide case wasn’t produced for that long, the case design that came out of it stuck. 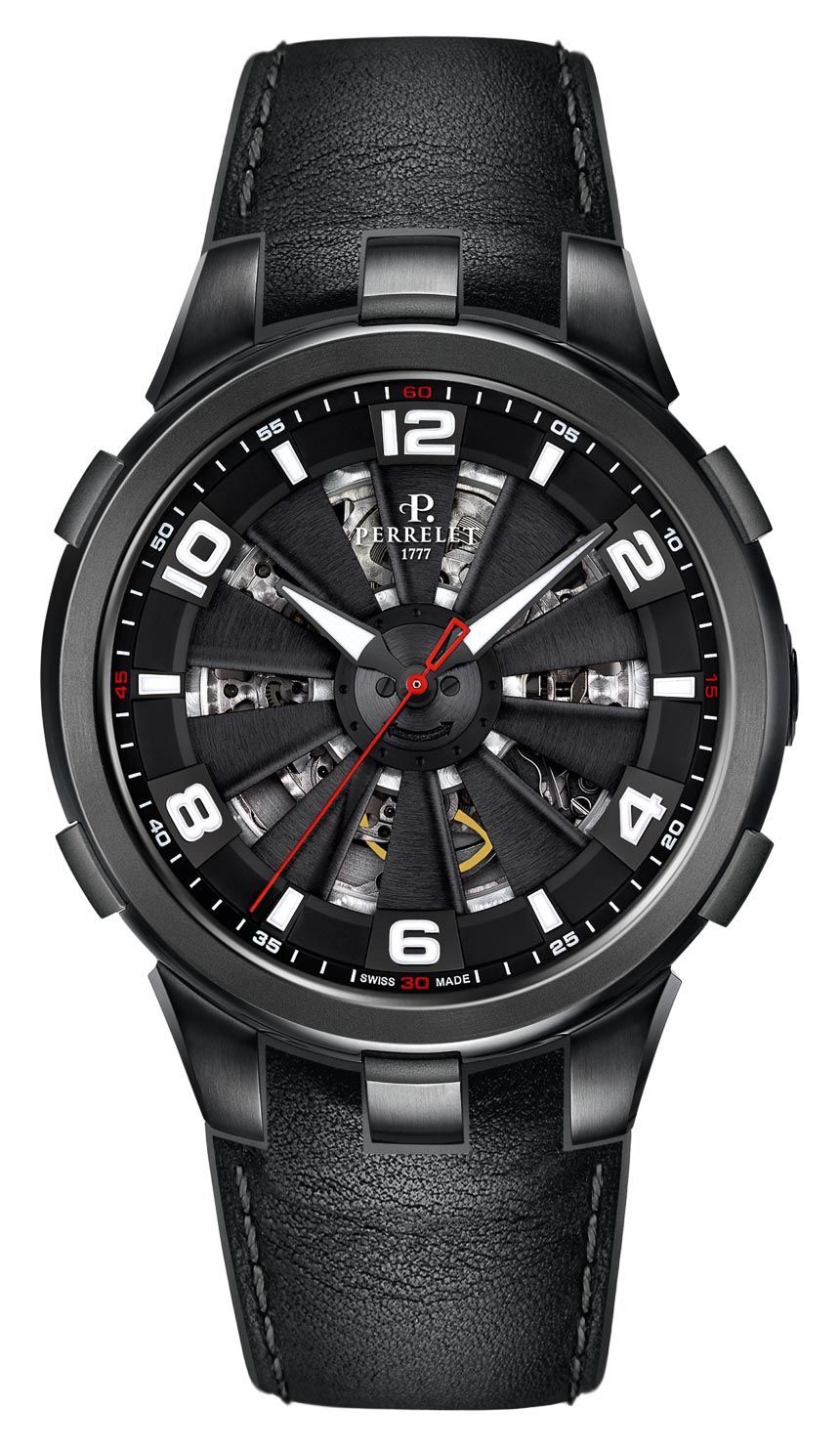 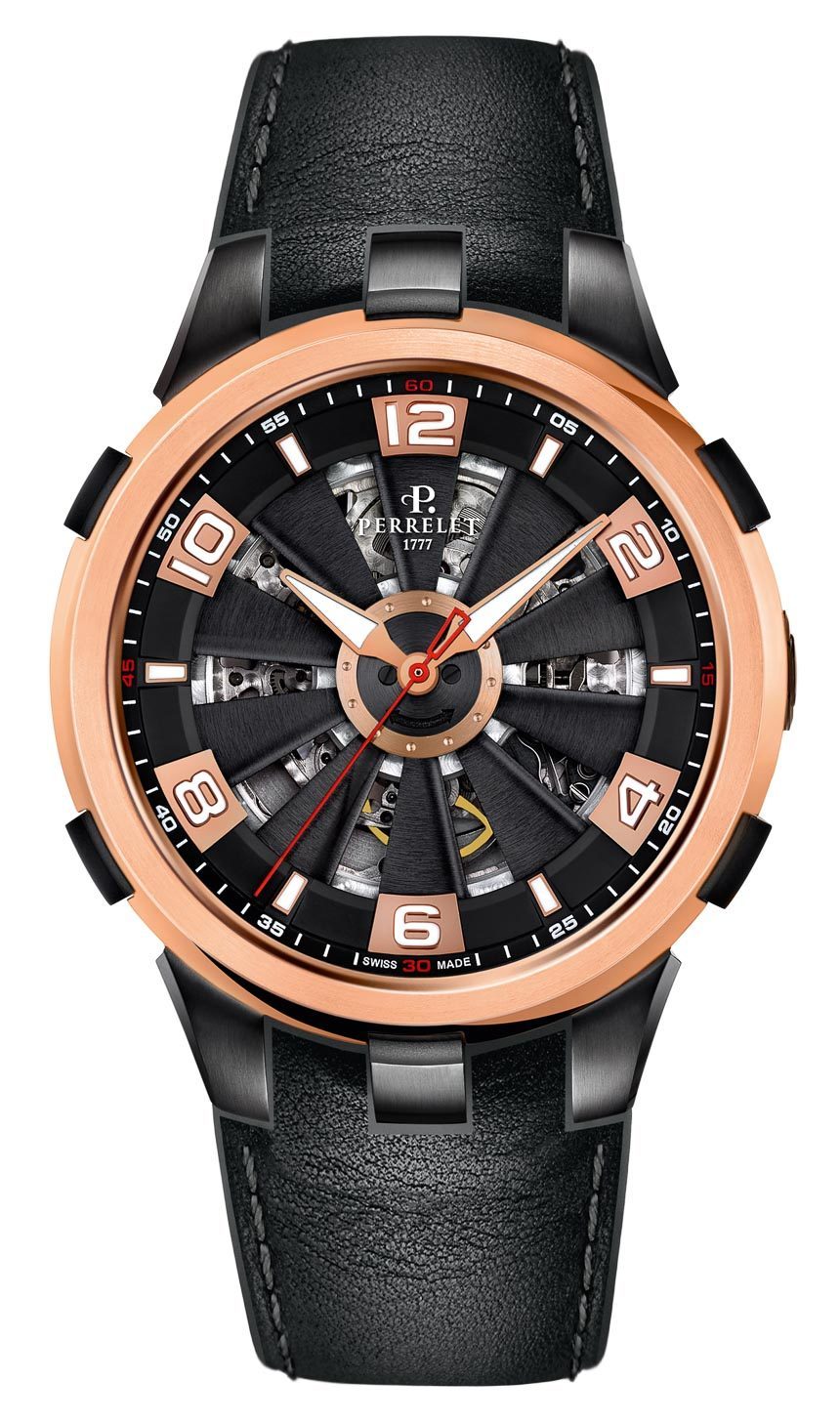 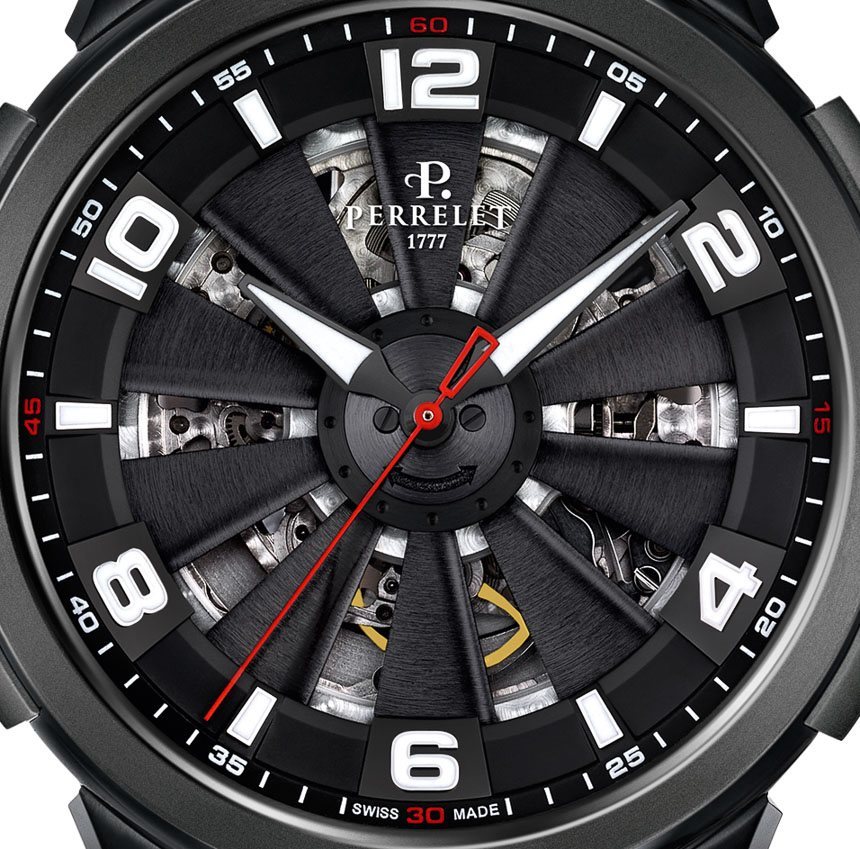 Like all other Turbine watches the Perrelet Turbine Skeleton has a jet engine style turbine that is weighted from the bottom and spins with the momentum of your wrist. The fast, fluid motion of the turbine creates a fun sense of visual interest on the watch. With the hands (and hour markers) highly visible and on top of the turbine dial rotor, this allows the watch to remain very legible. Its a fun concept that I think a lot of watch lovers can still get behind, even if you don’t need more than one Turbine in your collection. 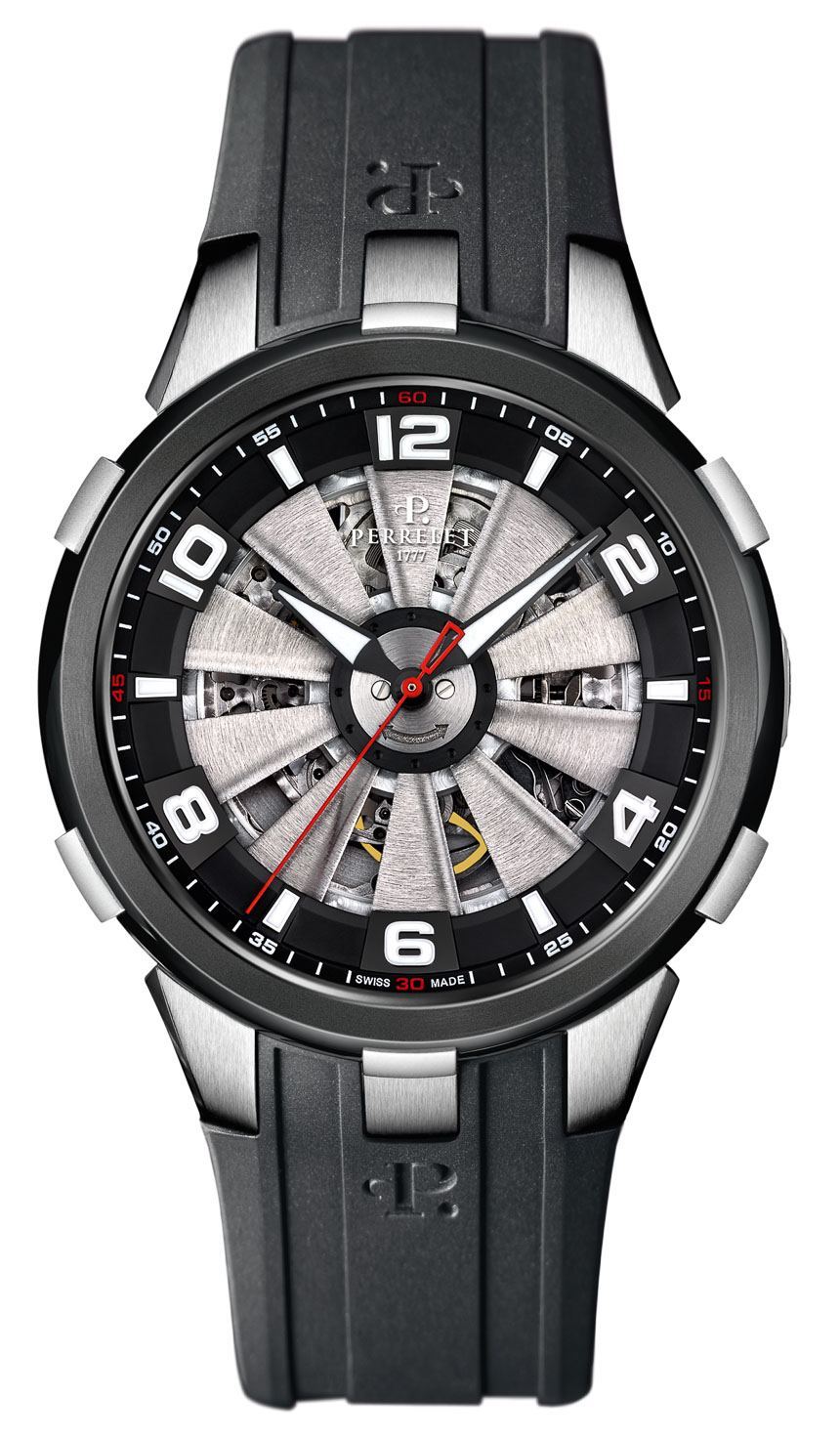 Perrelet will offer the Perrelet Turbine Skeleton in three models, each with either a black rubber strap or the new Turbine black leather strap. The collection starts with the A1082/1 and the A1082/1A. These are the steel versions and represent the model number for the watch on the rubber strap and then the leather strap. Prices for these are $7,250 and $7,400. The A1081/1 and A1081/1A have black PVD-coated steel cases are and priced at $7,450 and $7,600. Finally there are the Perrelet Turbine Skeleton models A3038/1 and A3038/1A that have black PVD-coated steel cases and 18k rose gold bezels which are priced at $9,450 and $9,600. Compare that with the original price of the Turbine XL that was $6,500 and even less for the original Perrelet Turbine. perrelet.com