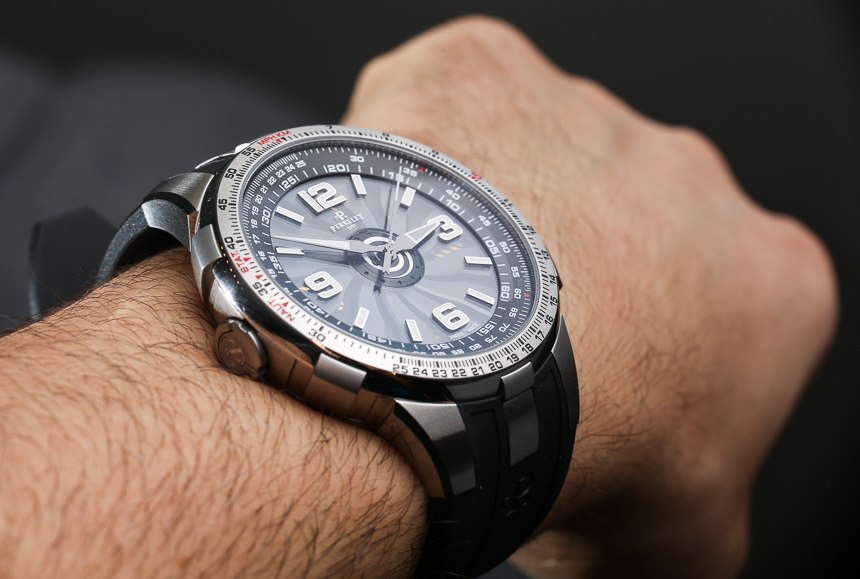 It is with great fondness that I think back to the more innocent times of 2009 when Perrelet first introduced its Turbine collection of whimsical luxury watches. Inspired by Perrelet’s traditional double automatic rotor dials and jet airplane engines, the Turbine was an experimental collection of timepieces that became a big hit, and spawned dozens of iterations. It is, therefore, worth mentioning that five years after the birth of the Turbine watch–inspired by aviation–Perrelet finally makes one for actual aviators with the Turbine Pilot.

aBlogtoWatch went hands-on with the original Turbine Pilot watch back in 2009 here. To understand it, you first needed to be familiar with Perrelet’s concept of having a double rotor. Basically, many Perrelet watches had a spinning rotor that was connected to the automatic rotor on the rear of the watch that was used to self-wind the movement. Perrelet did this as they claimed to be the inventor of the automatic watch, and felt it was cool to display a rotor on the dial that was actually connected to the rotor in the movement. Perrelet later worked with an outside designer to come up with the Turbine watch concept, and they turned the dial-mounted rotor into a jet-engine turbine-styled element that spun with the motion of one’s wrist. 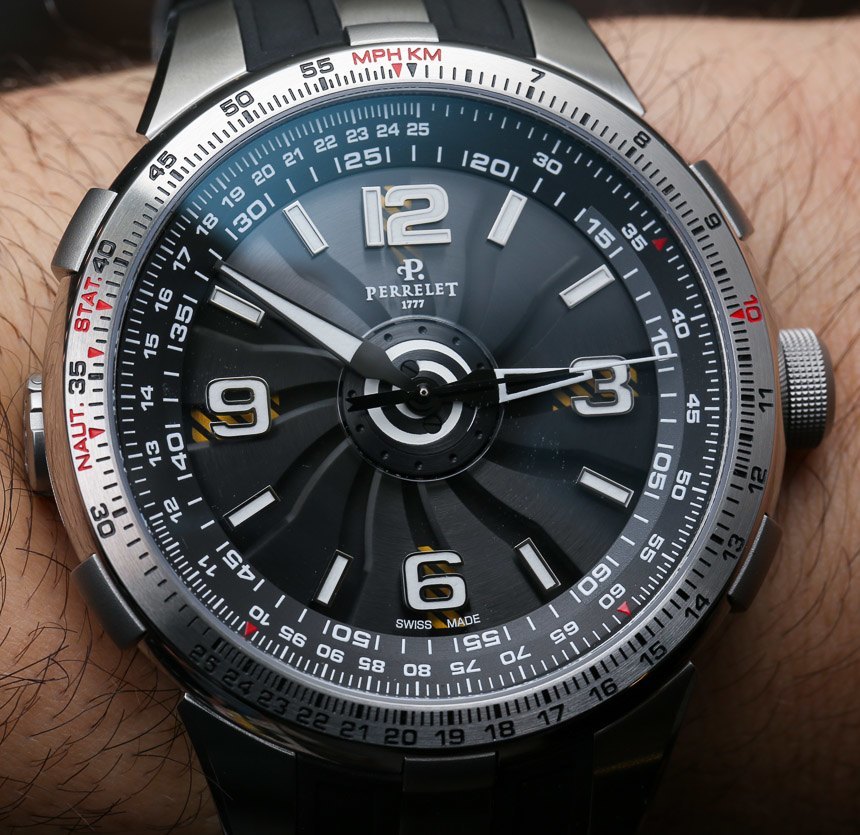 It was a purely whimsical creation and in 2009, that made total sense. At 43mm wide, the original Turbine watch later grew in size with the Turbine XL, and continued to see many different versions over the year. In fact, it will continue to see many versions as Perrelet will no doubt keep reinterpreting the concept into more iterations. There is already a tourbillon version available…

For 2014, the Turbine Pilot is the first actual pilot version of the Turbine, and is a bit ironic because it tries to be both a serious pilot watch and a whimsical watch based on the decorative nature of the spinning dial rotor. Can it be both? You’ll have to decide that for yourself. It does look cool on the wrist. 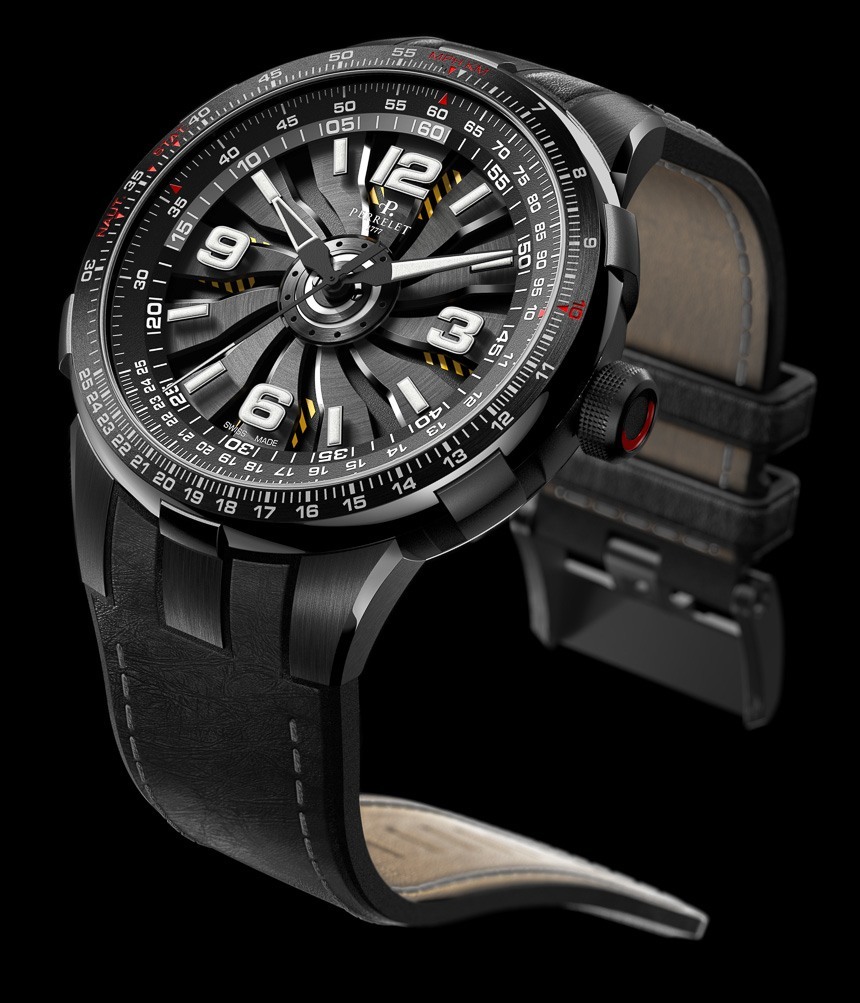 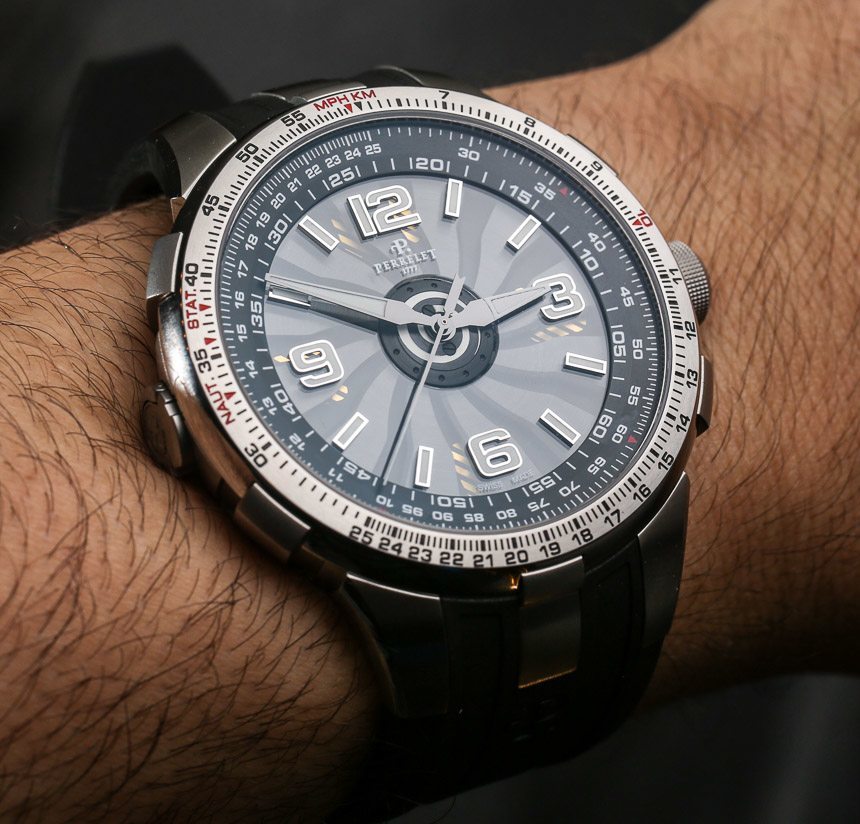 At 48mm wide, the Turbine Pilot is a larger Turbine watch but not the biggest Perrelet has produced. In steel, the case is available in a brushed and polished version or in PVD black. Even though it is wide, at just 13.65mm thick, it has a slimming profile on the wrist given the overall width to thickness ratio. The case continues to honor the original with the side “claws” and lugs that are a modern version of the classic ones Perrelet uses on their more formal fare.

Because this is the Turbine Pilot it of course has some pilot watch features. Perrelet has given the Turbine Pilot a rotating slide rule bezel along with separate crown to adjust it. This feature adds a sense of technical legitimacy to the overall design, and features yet another vestigial element that makes for a great sport watch feature that people like to pay extra for, but won’t ever use. 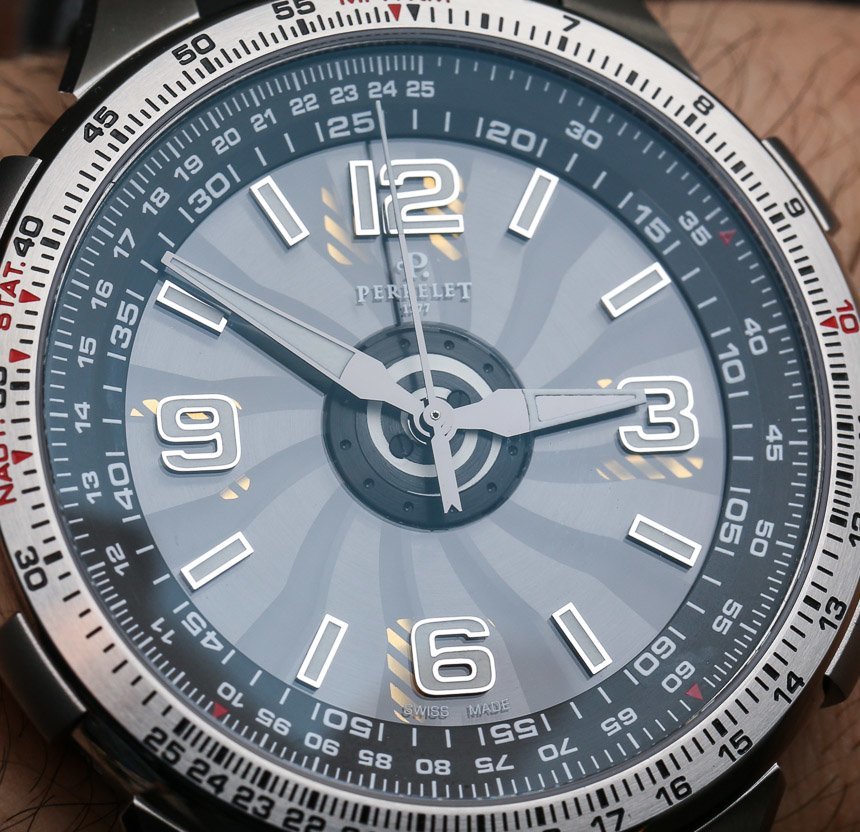