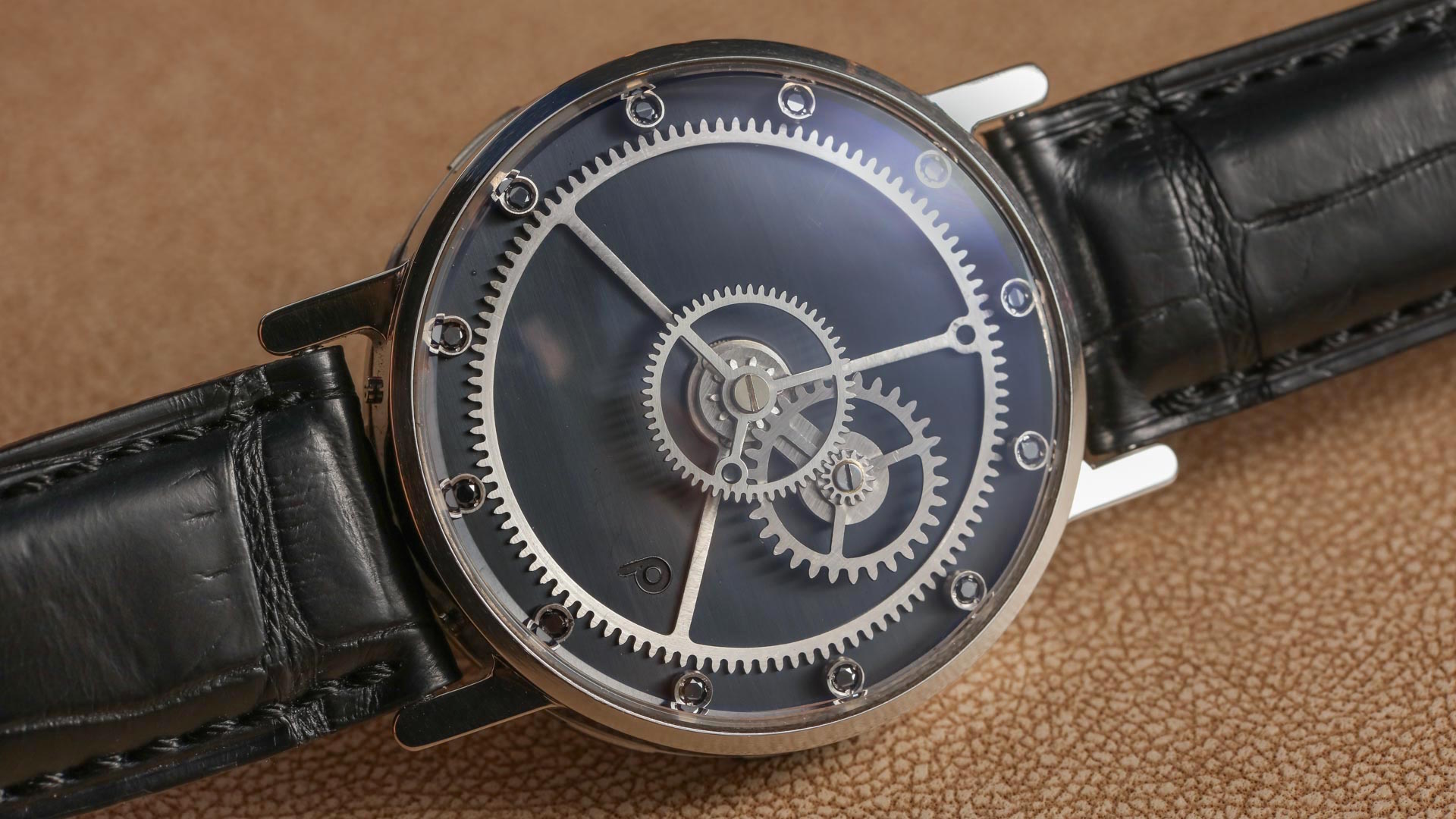 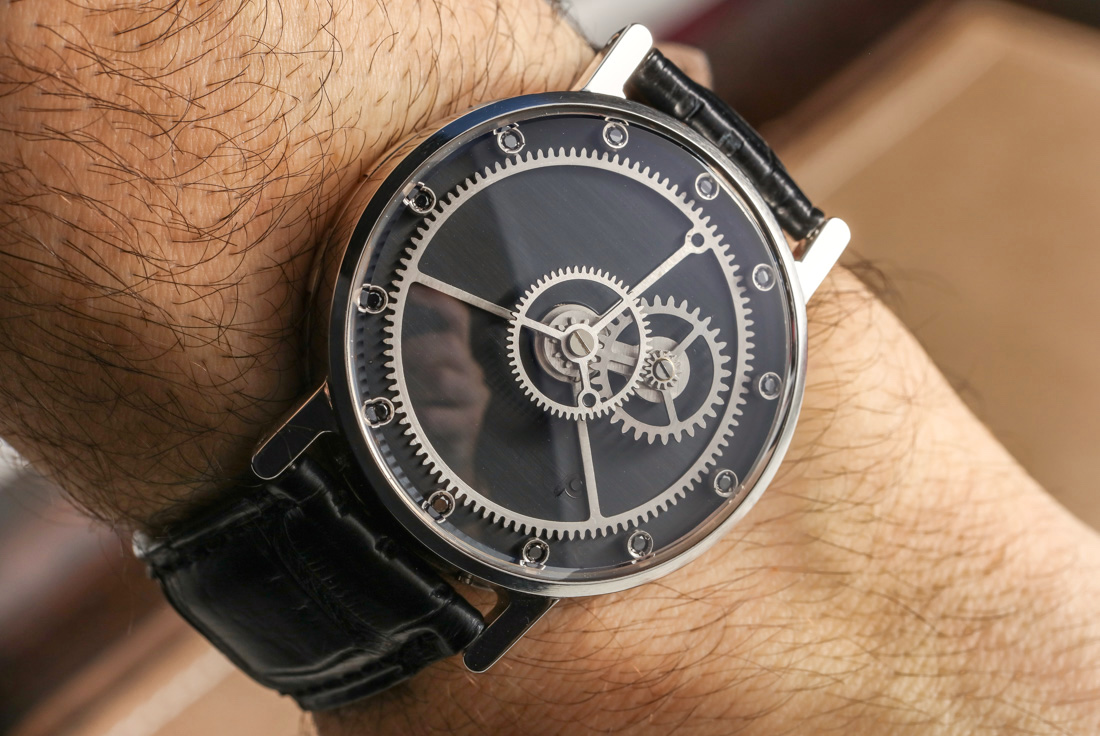 I recently caught up with watchmakers from Pita Barcelona to check out this latest version of their “Orbital” watch known as the Pita Barcelona Molinos Orbital “Classic Edition.” The pictured watch is a prototype, and the final version (when it is released toward the end of 2019 will feature much better finishing and detailing. Spain has some of the most interesting and inspired watchmakers and designers, and right now you can get a great deal, given what similar Swiss and even German independent watches cost. According to Pita, only towards the end of 2019 will these Molinos Orbital Classic Edition watches start shipping, so I felt it was a good time to take a look at these interesting mechanical products while people are still pre-ordering them in advance of the product being ready. 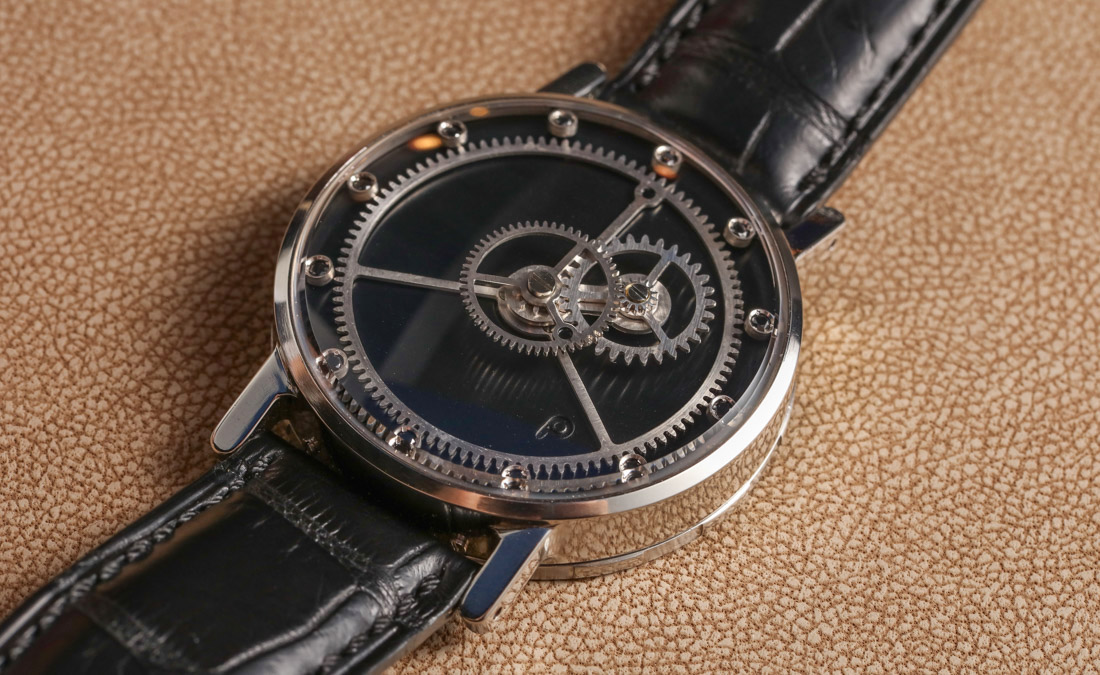 The Molinos Orbital has a few important talking points in addition to the simple fact that these are lovingly hand-crafted by a serious and talented watchmaker by a brand that produces much of the watch themselves. First, is the fact that the watch has no crown. Like some other Pita Barcelona products (such as the Oceana which I still love), the caseback is actually used to both wind the watch and set the time. Sort of, kind of, like it is done on most Ulysse Nardin Freak watches in practice (though without the little “tab” lever). Second is the “Orbital” dial which uses three planetary gears as hands to indicate the hours and minutes. 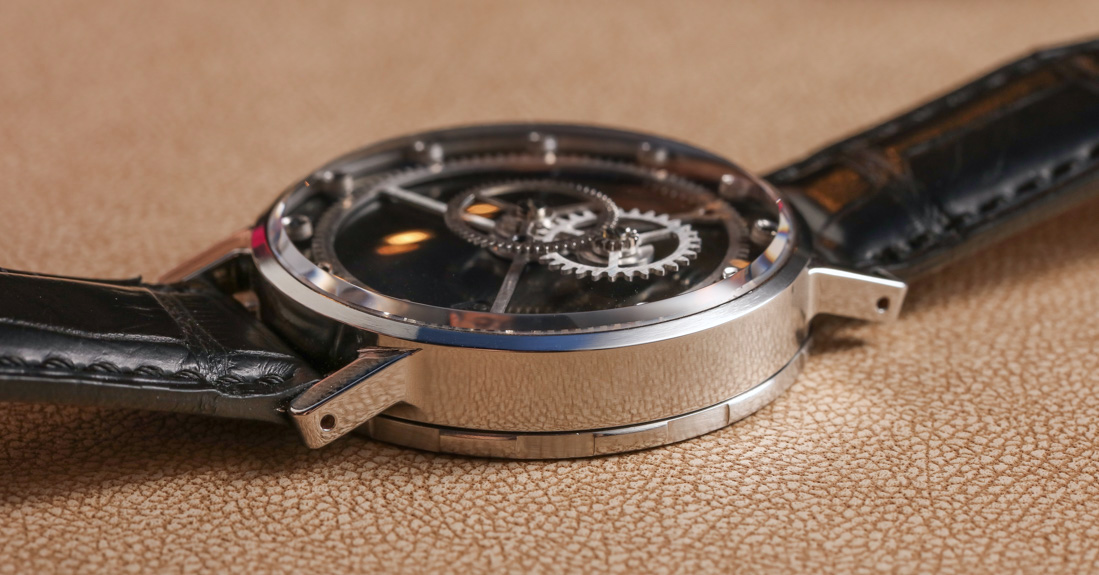 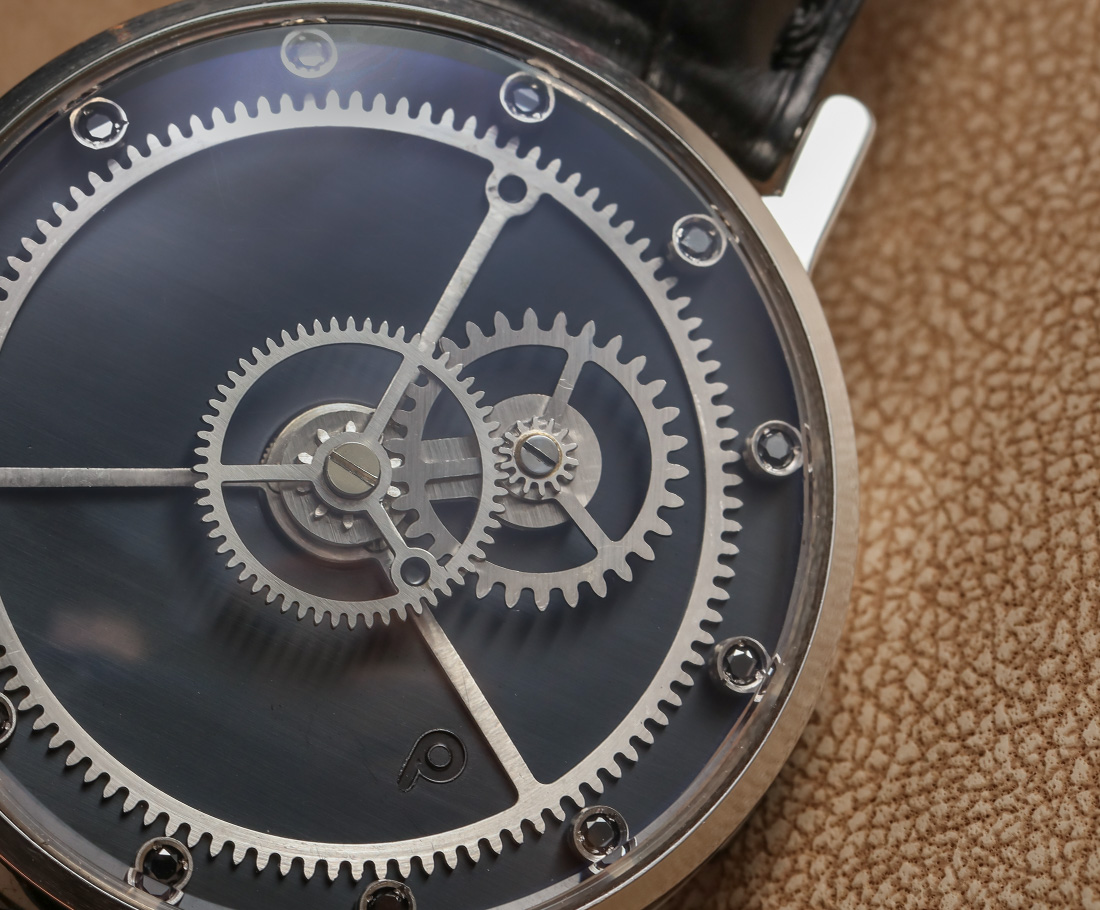 The Orbital dial is interesting for a few reasons. Reading the time is done as normal if you follow the path of the holes (which can have stones embedded in them) in the larger and smaller gears which indicate the minutes and hours respectively. There is no seconds indicator. The gears naturally need to always be moving so they result in an animated dial whose appearance changes over the course of the day. The appeal of this can’t really be translated into still photography, so you’ll need to conceptualize what it is like to enjoy a regularly-changing watch dial. I’ve worn watches like that in the past and find it fun, to say the least. Legibility isn’t at “tool watch levels,” but it isn’t bad and around the periphery of the dial there is a set of hour markers to help the wearer read the time. It is probably worth noting that in addition to Pita Barcelona offering the dial in a few standard color options, they are more than open to any type of customization their customers can imagine (and are willing to pay for). 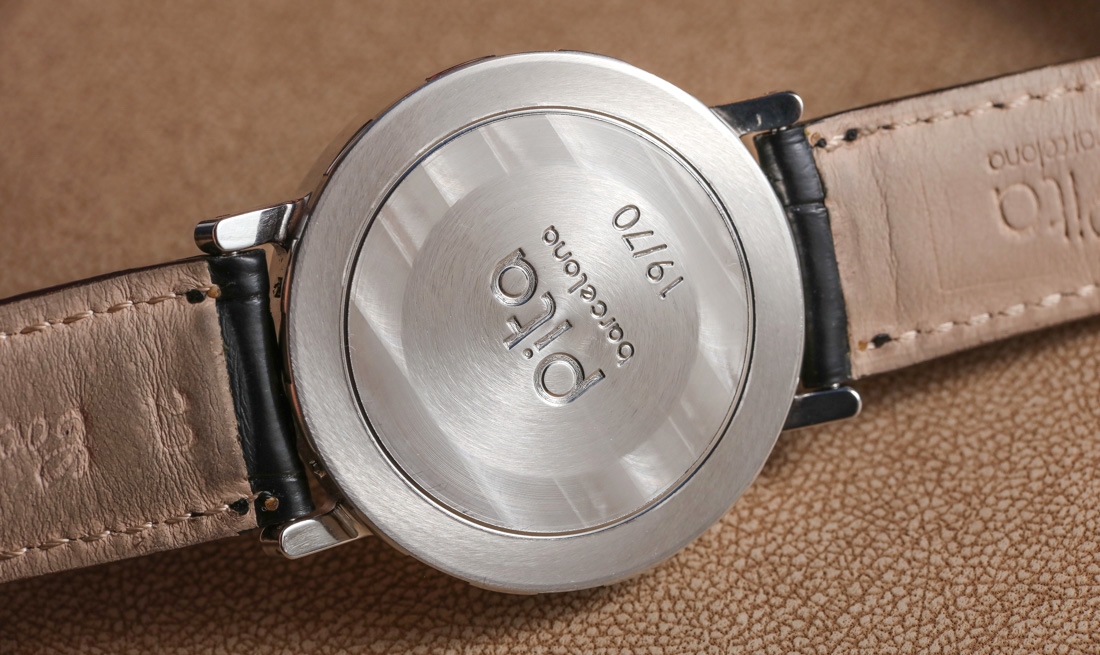 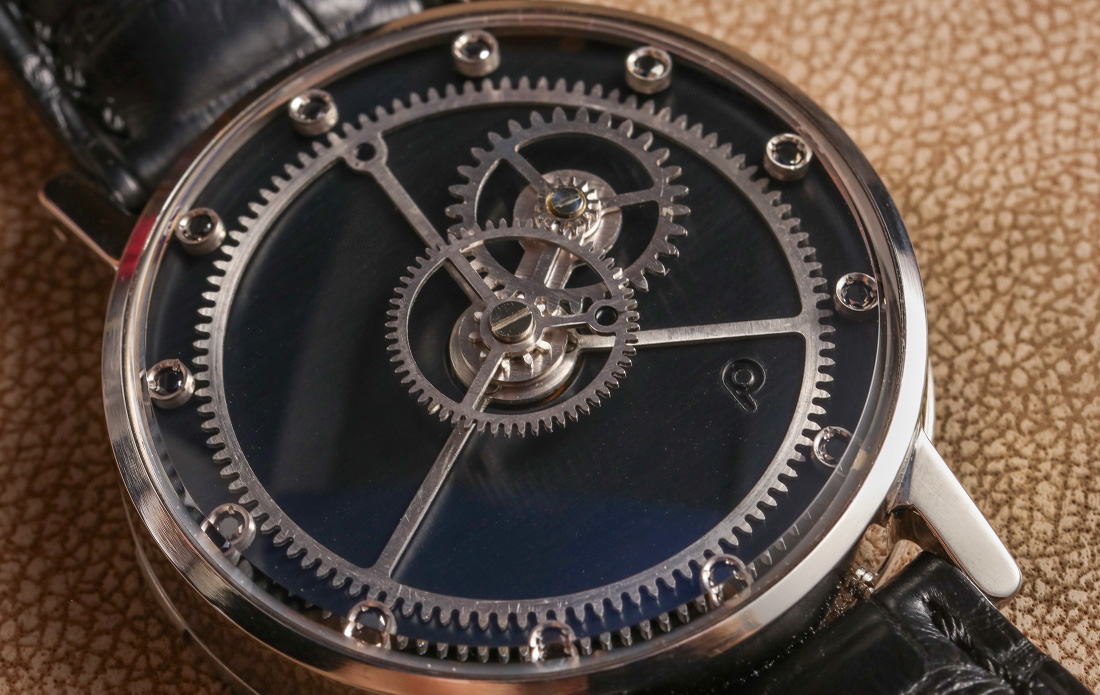 This is meant to be a dress watch in style so the Molinos Orbital Classic Edition case is 39mm wide and 11mm thick. Water resistance is 30m and of course, it has a sapphire crystal over the dial. The case is available in gold or steel. For the latter, Pita Barcelona actually uses 904L (versus the standard 316L) steel (which Rolex also uses). I’m not sure exactly why they used 904L steel aside from the fact that it was noteworthy and that they wanted to show “they could.” 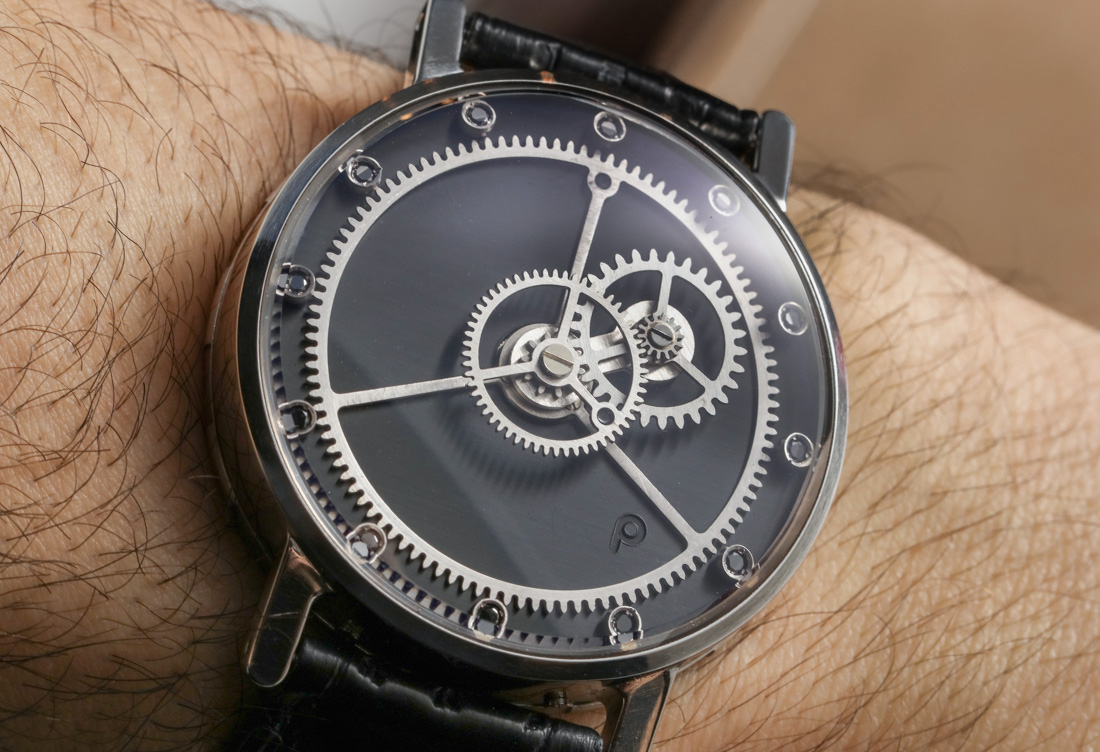 The in-house movement (I believe it uses some parts they produce and some which are sourced) is known as the caliber Pita W6.6. The automatic winding movement operates at 4Hz with 42 hours of power reserve and they claim a precision of 1-2 seconds per day. Not bad given that it doesn’t have traditional hands and a unique crownless system (which they call “Pita-TSM,” or Time Setting Mechanism). The movement is of course hand finished and looks lovely. All that you really need to enjoy this timepiece is the budget and to share Pita’s taste for “complication, minimalized.” That is what the Molinos Orbital Classic Edition is all about. Limited to just 71 pieces today, the limited edition Pita Barcelona Molinos Orbital Classic Edition watch has a starting price of €7,750. Learn more or order at Pita Barcelona here.