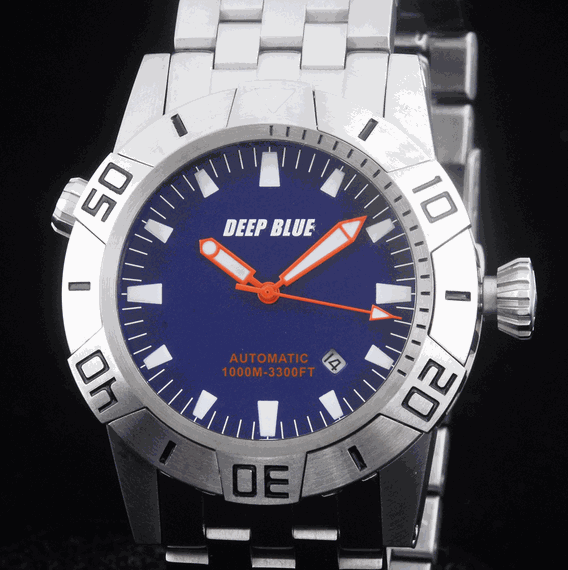 There is a new diving watch brand in town. It is not particularly unique or exciting to me, and it looks like the bastard love child of Ocean7 and NauticFish. “Style” copying in the watch world is pretty prevalent as the look of a watch is almost impossible to copyright. The only practical things you can protect from an intellectual property standpoint on a watch are the logo (trademark), and potentially functional elements that you can get a patent on. Of course assuming they satisfy the requirements to be patentable. As for expressive elements like style, it is hard as hell to protect them with copyright as most of it has been done before in some watch at some point. 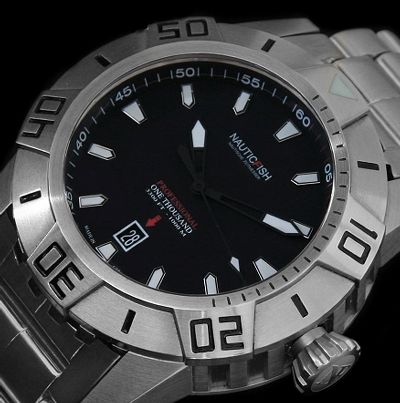 At some point, it seems that NauticFish and Ocean7 met in a seedy tavern already under the influence of too much schnapps, only to hit it off. Both capable diving watches, each has a bit of a loyal fan base, they both pride themselves on being heavy pieces of metal, and so forth. A few drinks later nature took its course, only to leave the two awkwardly parting the next day. A few month later this new face popped up, seemingly out of the blue. 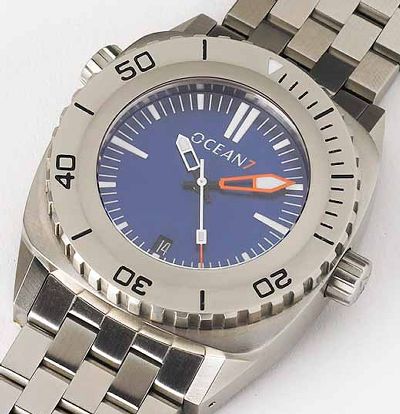 So here, we get the Deep Blue watch company. I don’t blame their business model. Take something successful, add your own little (tinny) twist to it, keep the costs down, and sell them online. I am not too happy with Deep Blue’s decision to go with Japanese Miyota movements. These are “decent” mechanical automatic movements and quartz movements, but they are the favored movements among the better “replica” watches out there and don’t have the refinement or level of quality that a Swiss or German movement has. This is not to say that all Japanese movements are like this, as many of them, especially automatics from Seiko, can be world class is quality, craftsmanship, and accuracy. Miyota just has a bad rap for making mediocre ones, but they are better than your average Chinese mechanical movement, I will give them that. And it is nice to see that the non-chronograph version is rated at having a 1000m depth resistance. Not that it really matters much anyways, but it gets to join the club.

Despite the copied looks, they are decent looks to copy. The rugged and futuristic styling that these dive watches share is comfortable on the eye. I don’t know that they will be remembered as testaments to design innovation, but they are adequately nice looking to make you feel good about wearing them.

Honestly, what is this obsession with carbon fiber watch dials? It was cool the first 1000 times I saw it. I am starting to think that it is just an inexpensive way to make watches a bit more interesting, when all I want is a nice legible watch face when it comes to diving watches. Companies like Invicta totally killed it. And now they come in every single color. Black was enough for me. But if you are a carbon fiber face fan, you’ll love each carbon fiber color of the carbon fiber rainbow that Deep Blue offers you. 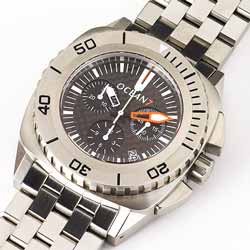 Placing some pictures here of various Ocean7 and NauticFish watches negates any need for me to explain the similarities between the brands. NauticFish is a German maker under the Lindburgh & Benson, Schaumburg umbrella of watch brands. Ocean7 is the brain child of an an American watch maker assembled overseas with Swiss parts. Deep Blue also appears to be an American company. They indicate use of high quality grade 316 steel, but that only tells part of the story. What you do with the steel is the next part of the equation. To me, these watches are a bit bland. They will surely find a nice place in the hearts of many who like the looks of all three of these brands. What I don’t understand is how Deep Blue asserts itself from the rest. The prices are actually rather high in my opinion for the listed retail price. But the story does not end there. You go to the website and every single watch is on “sale.” It is not really a sale, more a marketing technique. So basically the “actual” prices are half the “MSRP.” So despite the odd pricing scheme, the prices do undercut Ocean7 and NauticFish. Is it worth it? Not sure yet. But I’ll give them a chance, and the benefit of doubt that they are at least as competent as the watch companies they attempt to emulate.