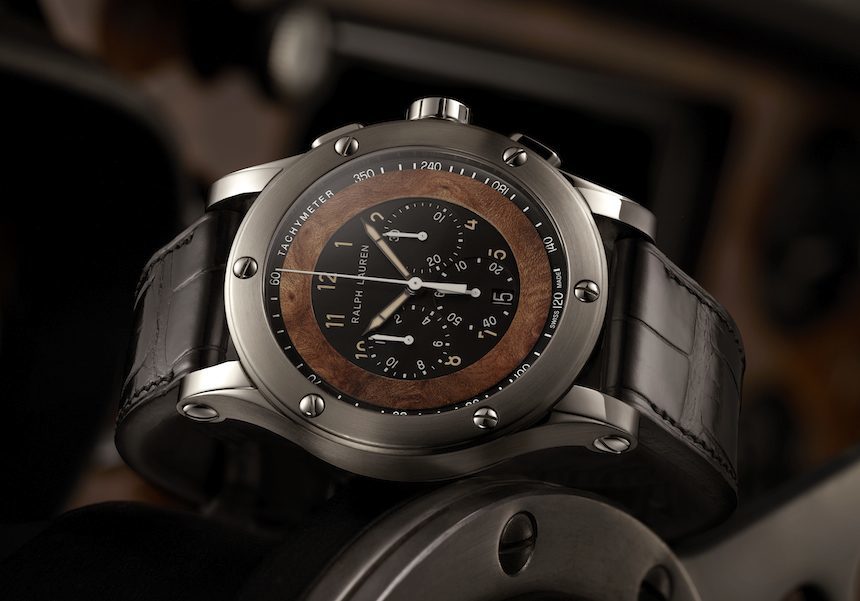 It sure raised some eyebrows when, in 2009, luxury fashion brand Ralph Lauren announced that it was entering the high-end watch scene in a collaboration with industry giant luxury group Richemont. While there are numerous essential factors that are shared between top fashion and fine watchmaking – following and shaping trends, quality, and consistency in styling being some of them – we watch enthusiasts like to believe that the complex (and ever-changing) recipe to a successful watch brand is difficult to get right even for those who have been in the business for decades – let alone for new-comers.

With the Ralph Lauren Automotive Chronograph, the brand nonetheless surges on, blending the trademark design elements of its “Sporting” collection with inspiration from an 1938 Bugatti’s dashboard – spiced up with the technical prowess of a movement sourced from Jaeger-LeCoultre. 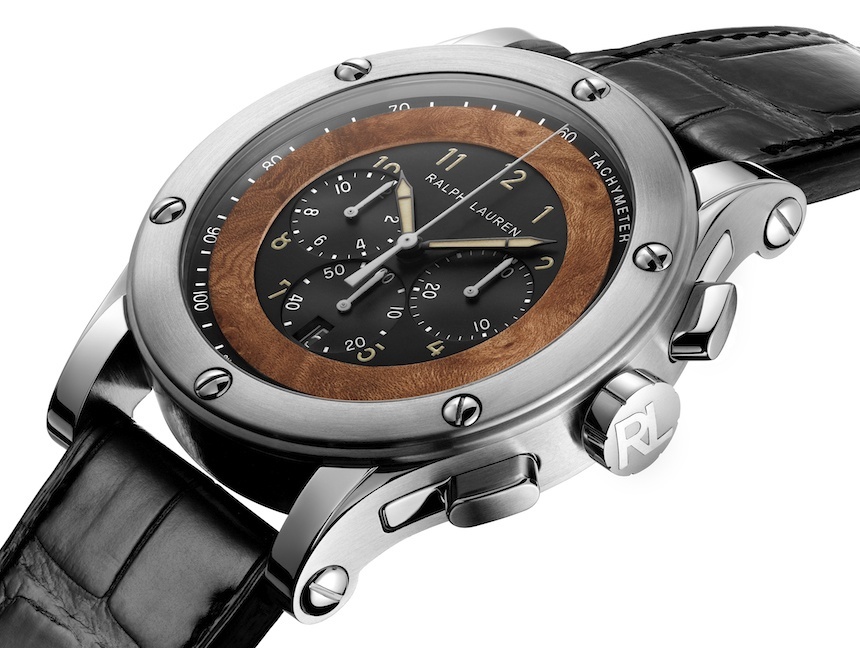 Ralph Lauren has managed to stay consistent with its Sporting collection’s designs over the past couple of years – perhaps a bit overly so, but more about that in a moment. The 44.80 millimeter wide, round case stands out with its bulky, but elegantly curved lugs, wide bezel, and its six large round screws. The inspiration for this 2015 Ralph Lauren Automotive Chronograph is the dashboard of a 1938 Bugatti Type 57SC Atlantic Coupe, owned by Ralph Lauren himself – and while the connection to that particular car is arguably negligible, the result is a handsome watch that features a piece of elm burl wood, reflecting the interior trim of the Type 57. 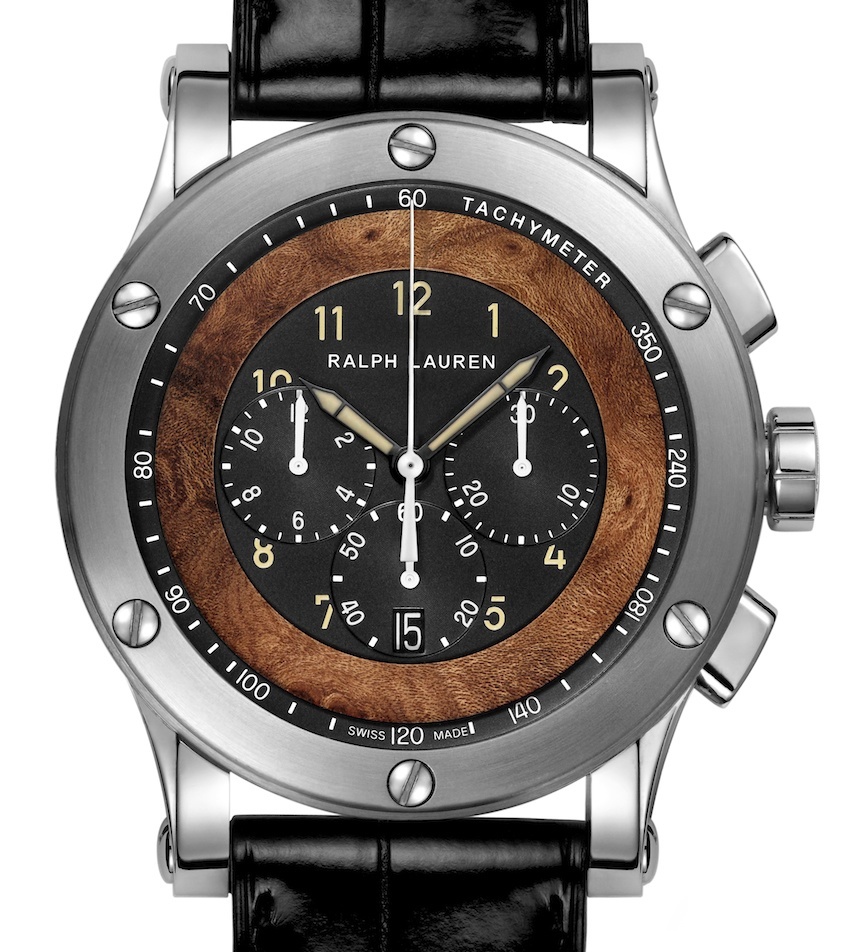 The center of the dial appears to be rather cramped – that is the cost of giving the elm burl veneer enough space to stand out and allow for an easier appreciation of its dark brown color and unique pattern. The center comprises the indices, the date, and the sub-dials for the running seconds, as well as the hour and minute counters of the chronograph. The hour and minute hands look extremely similar in length, width, and design, possibly compromising legibility in some instances – especially considering that they have the 1/3 notch at the exact same location as well. 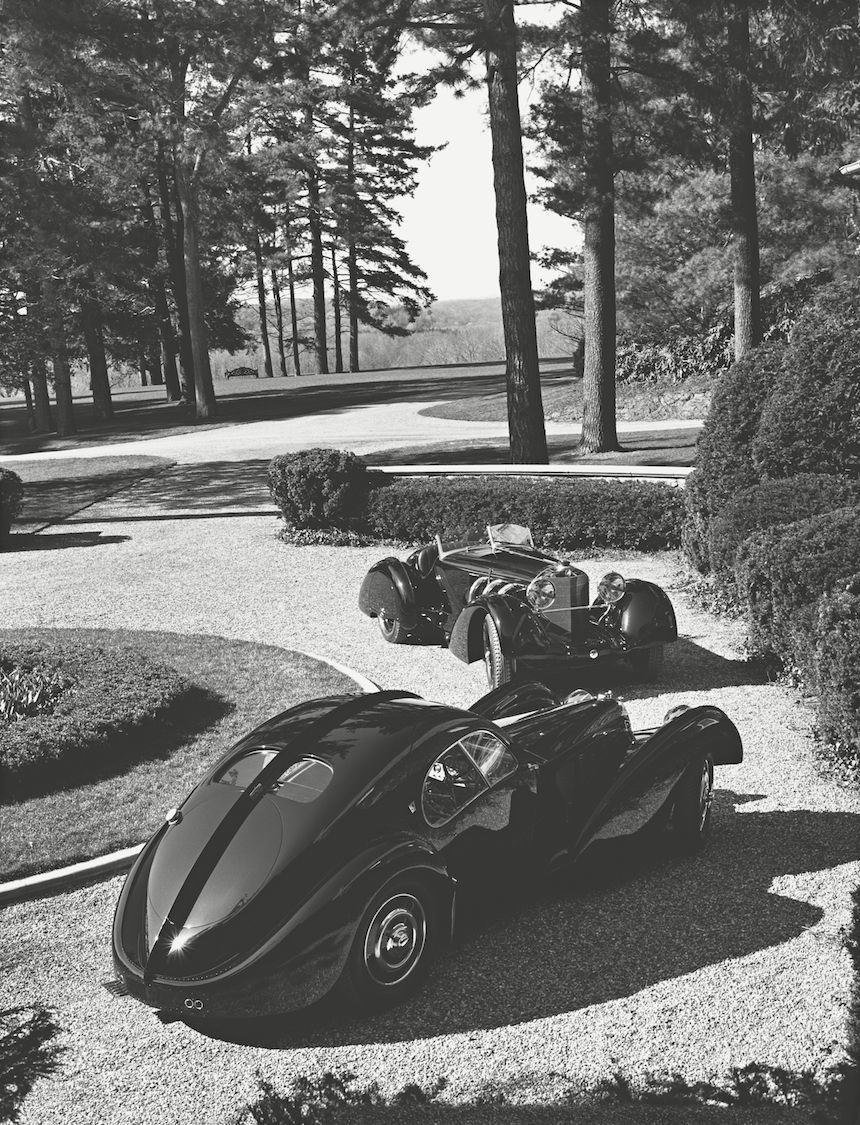 The movement inside is supplied to Ralph Lauren by none other than Jaeger-LeCoultre – it is the caliber RL751A/1, running at 4 Hertz with about 65 hours of power reserve, and it is claimed to be exclusive to Ralph Lauren. The brand does not make a secret of where the movement is coming from – although they have totally failed to share case-back images. But based on other Ralph Lauren Sporting Chronographs that we have seen, we will say that the movement will have Ralph Lauren written on it.

Sure, that is what one would expect to happen, but I do believe it would be an interesting idea to have a co-branded watch where the movement is marked as Jaeger-LeCoultre. It could possibly make for a collectors’ item later on, plus would add that extra bit of credibility in terms of technical prowess – a Ralph Lauren movement means and says nothing, and that is perfectly fine. They reached out to one of the greatest movement suppliers in the Swiss watch industry – which is no surprise, as both brands are owned by the same luxury group, Richemont – so why not make the most of it? 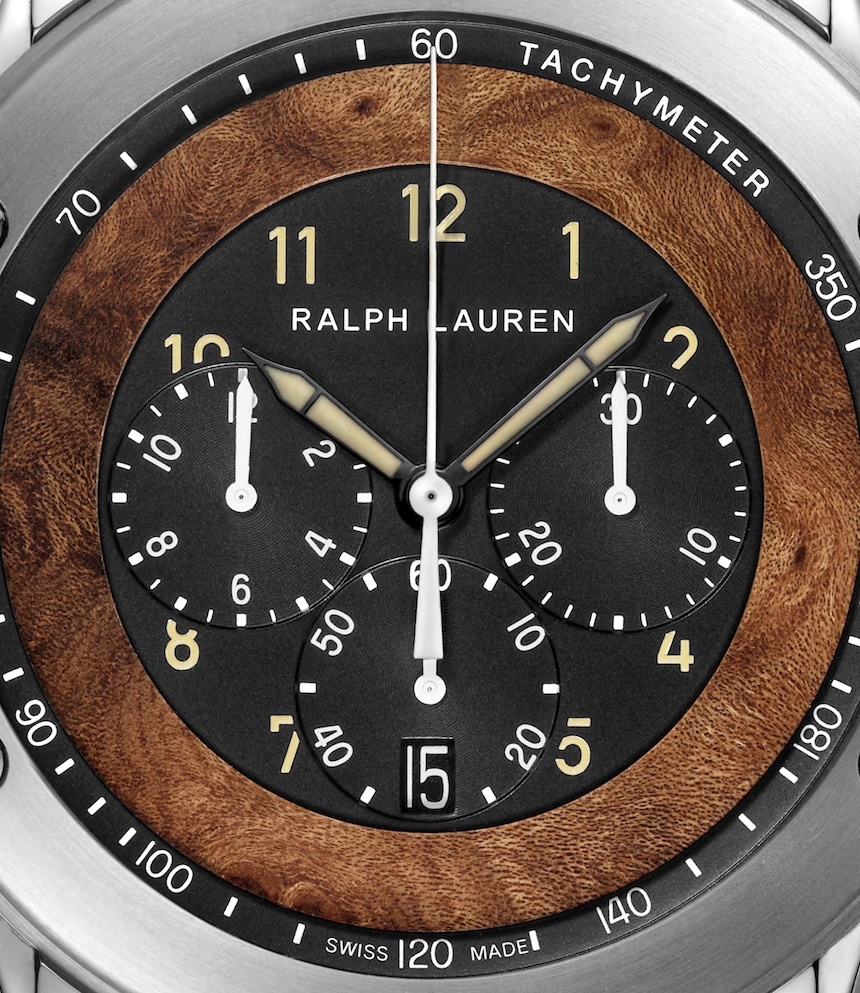 Ralph Lauren calls this release the Ralph Lauren Automotive Chronograph, despite the fact that it shares most major design elements with the brand’s Safari Chronograph and Black Chronograph models. The point to be made here is that the name is a bit misleading – there arguably isn’t as much “automotive-ness” to it as other car design inspired watches bring to the table – but that is not necessarily a bad thing. The wood trim, to me at least, could work just as well for a safari, a yachting, or even an aviation themed watch – here, however, the brand went with the automotive approach.

Nitpicking aside, the Ralph Lauren Automotive Chronograph makes for a clever expansion of the brand’s Sporting collection. It will officially be debuted at SIHH 2015 in January, with pricing falling somewhere around $9,000 – making for a relatively good deal on a watch equipped with a Jaeger-LeCoultre manufacture chronograph movement. watches.ralphlauren.com