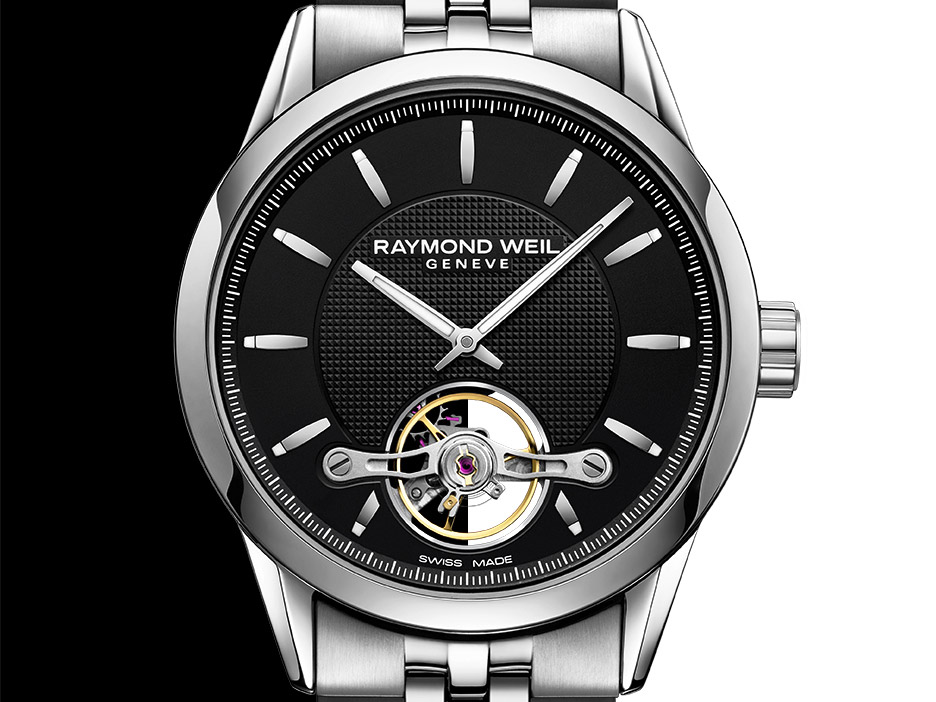 A good number of Swiss watch brands are owned by conglomerates. There are only a handful of independent brands left and Swiss Raymond Weil is one of them. As most readers will probably know by now, Swatch’s decision to reduce supply of ETA movements to brands outside of the Swatch Group has had a significant impact on the Swiss watch industry. In the past couple of years, many brands outside of the Swatch Group have either scrambled to develop and produce their own movements or have sought out alternative suppliers. For Raymond Weil, one of the things that they did was kind of between those two options by teaming up with movement manufacturer Sellita to design their own movement. And the result of this collaboration is the Calibre RW1212, Raymond Weil’s first in-house-designed movement, produced by Sellita, and the first watch to use this movement is the Raymond Weil Freelancer Calibre RW1212 watch. Since the in-house developed movement is the highlight of this watch, let’s begin with that. The name RW1212 comes from the postal code of Raymond Weil’s address in the Geneva suburb of Grand-Lancy. The movement took the R&D team at Raymond Weil and Sellita 18 months to develop and was developed in part to celebrate the 40th anniversary of Raymond Weil. A distinctive feature of this movement is that it was designed in a way that its escapement could be revealed on the dial side at 6 o’clock. In this way, from the dial side of the watch, the balance wheel, which is also diamond-polished, by the way, almost looks like a tourbillon the way it is mounted with two bridges. Whether that’s a good thing or not, I’ll leave it up to you to decide. The Calibre RW1212 can also be viewed from the rear via a sapphire crystal display case back. Unfortunately, we don’t have any press photos of the case back, but Raymond Weil’s press release says the rotor is adorned with Côtes de Genève and is engraved with the Raymond Weil logo. I suppose it won’t be too shabbily decorated, so expect the usual Côtes de Genève on bridges and perlage on the main plate. Other details that we know now are that the Calibre RW1212 will beat at 4Hz and will offer 38 hours of power reserve. The watch that you see here is the stainless steel version with a black dial and steel bracelet. The barrel-shaped hands are made of stainless steel and are filled with Super-LumiNova for better legibility in low-light situations. The highlight of the dial is the opening at 6 o’clock that exposes the escapement. The center of the dial features guilloche, which adds some texture to the dial and prevents it from looking too plain. All in all, the new Raymond Weil Freelancer RW1212 watch is an interesting proposition for anyone in search of an accessible Swiss-made dress watch. The open aperture at 6 o’clock exposing the escapement might not be to everyone’s taste, but it will surely appeal to readers who prefer a bit more action on the dial. In any case, credit must be given to Raymond Weil for pursuing a movement of their own design. The Raymond Weil Freelancer RW1212 watch in stainless steel and strap is priced at $1,850. Prices will go up to $1,995> for models with bracelets. raymond-weil.com