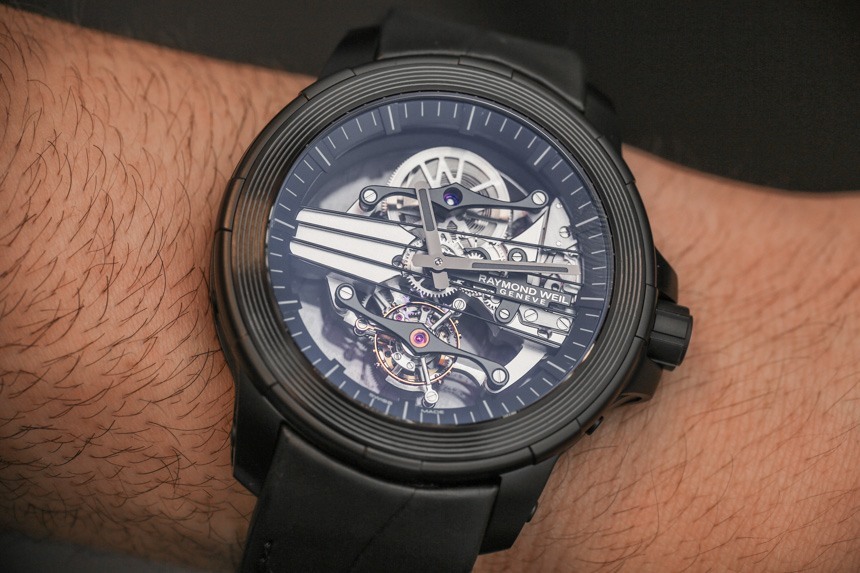 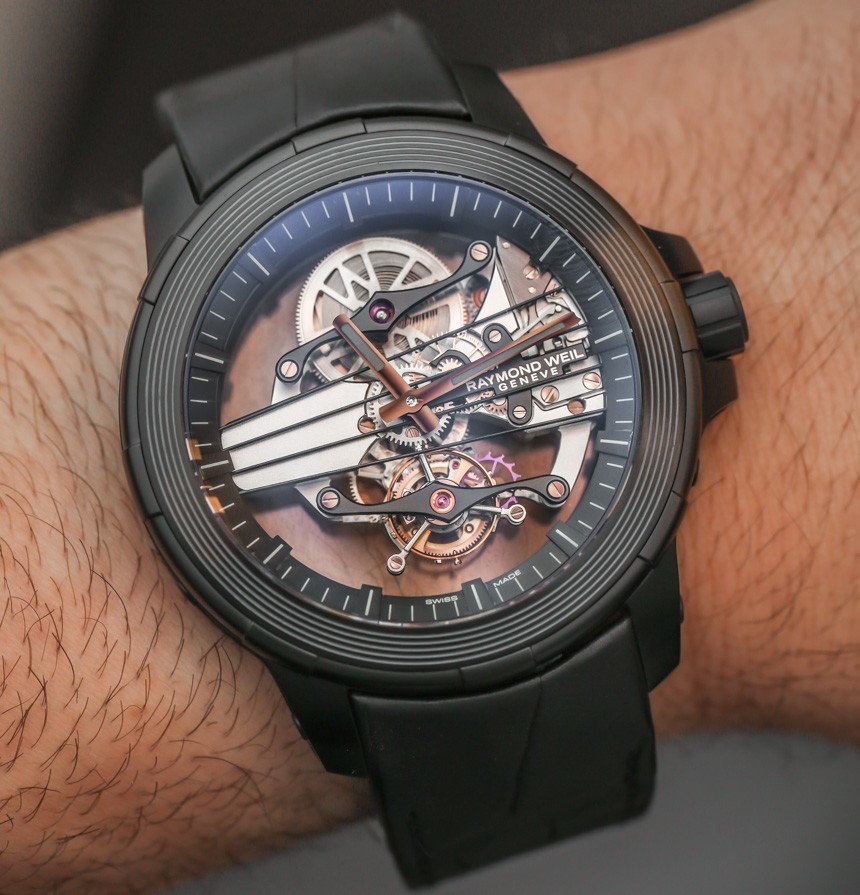 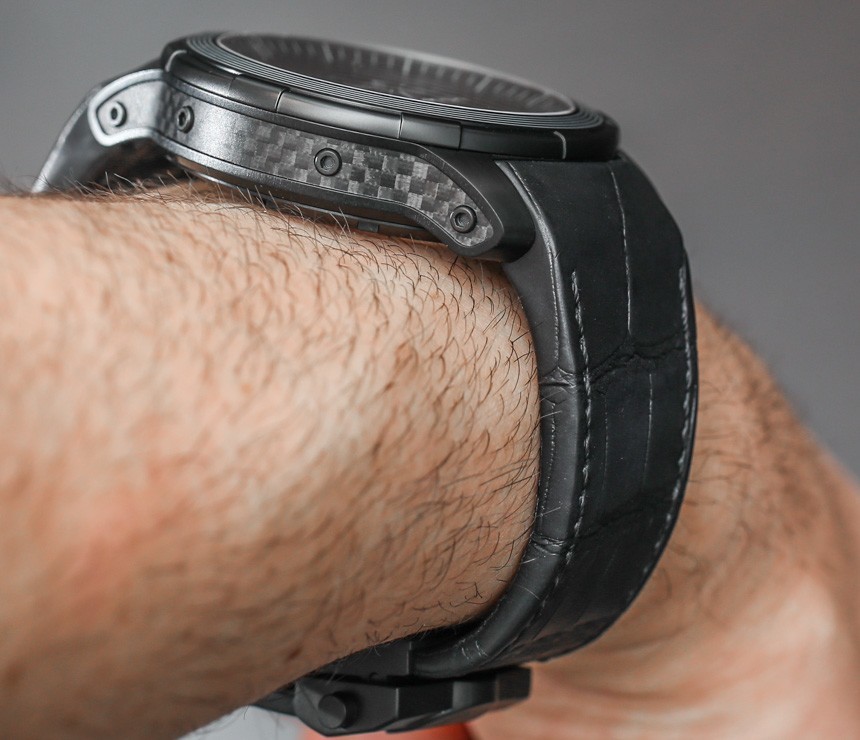 At 46mm wide in mostly black with carbon fiber elements, the Raymond Weil Nabucco would not be what most people would think of if someone suggested to them that Raymond Weil was getting into the tourbillon business. The Raymond Weil Nabucco and Freelancer have been the brand’s sportier options, while more classy models might have been a more logical choice for a tourbillon. With that said, I don’t think I would have paid any attention at all if Raymond Weil decided to do something similar to Frederique Constant and come out with a lower-priced tourbillon. Well, in this case, that isn’t the best example, because the Frederique Constant tourbillon is in-house made. 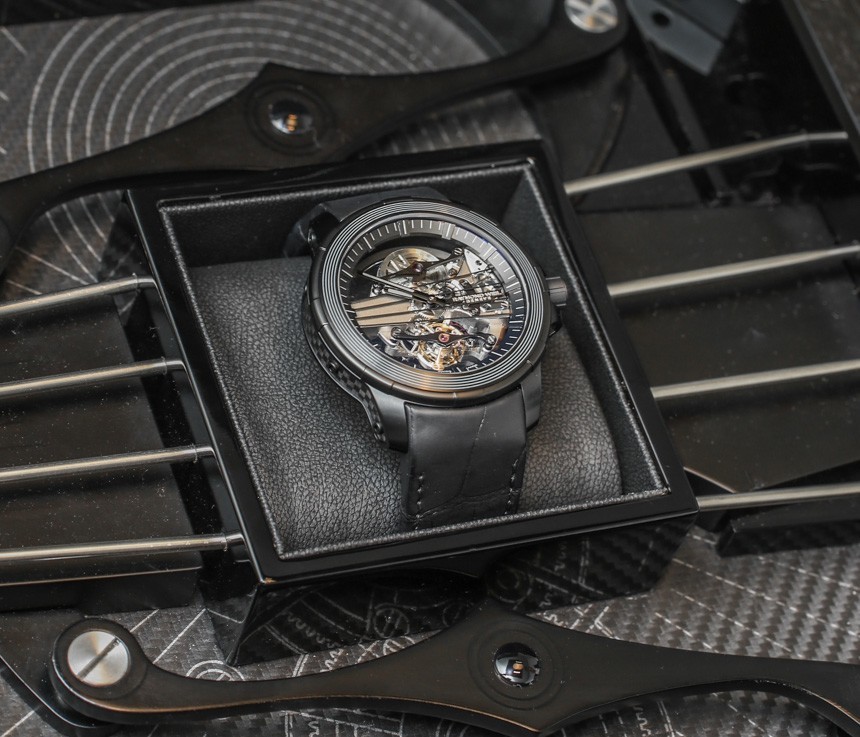 If I was in the market for a circa $40,000 sports watch with a tourbillon and had some affinity to music, I would more than likely put the Raymond Weil Nabucco Cello Tourbillon a short list. While the concept behind the watch seems difficult to imagine on paper, in execution, this is a rather nice timepiece with a great wrist presence. 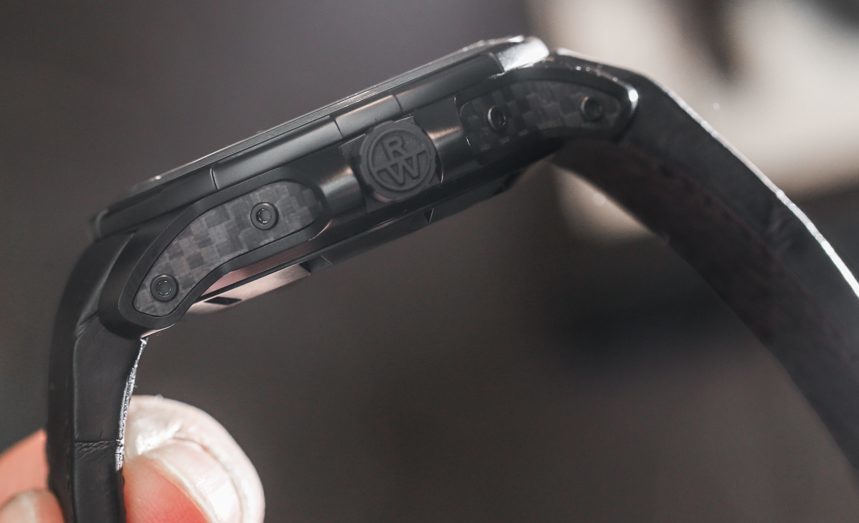 The black-toned Nabucco-style case is, again, 46mm wide and produced from parts in steel, titanium, and carbon fiber. At 15.25mm thick, it isn’t exactly skinny – which is why I keep saying “sport watch,” despite the timepiece’s obvious delicate nature, given the movement. Sportiness from an aesthetic standpoint is enhanced by the range of matte black surfaces including the case, parts of the skeletonized dial, as well as the matte black alligator strap. As a plus factor to the Raymond Weil Nabucco Cello Tourbillon being a sports watch, the case is water resistant to 200 meters. 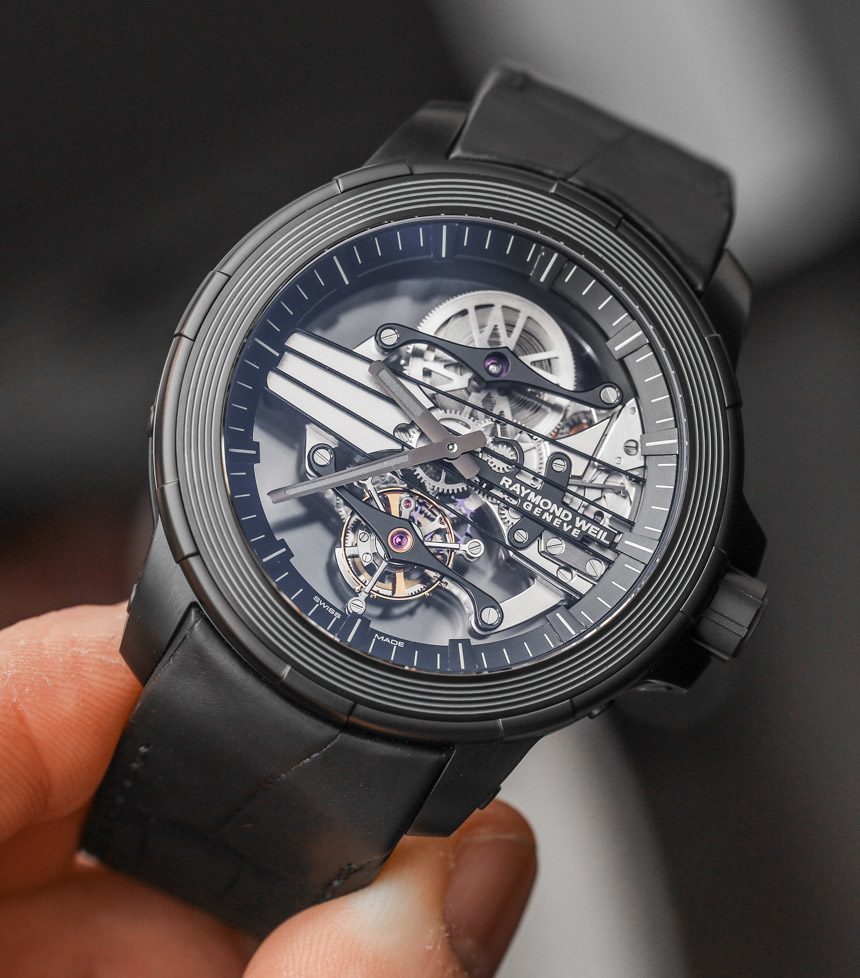 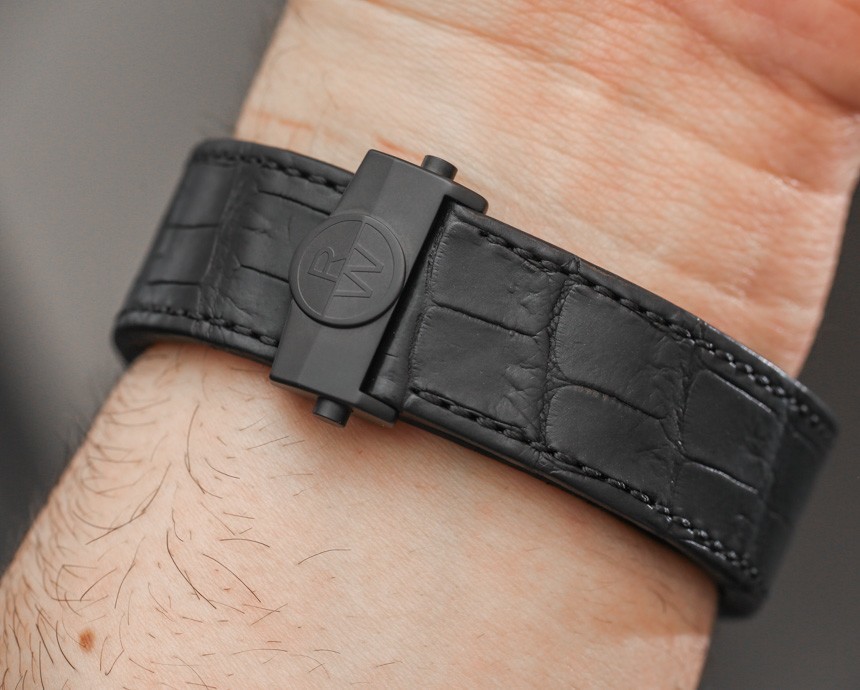 It was about 1999 that Raymond Weil apparently decided to go “musical” when it came to the inspiration behind most of their product names, and at least some of their designs. The Raymond Weil Nabucco Cello Tourbillon is actually one of the few watches, however, that combines a musical theme in the name as well as the design itself. 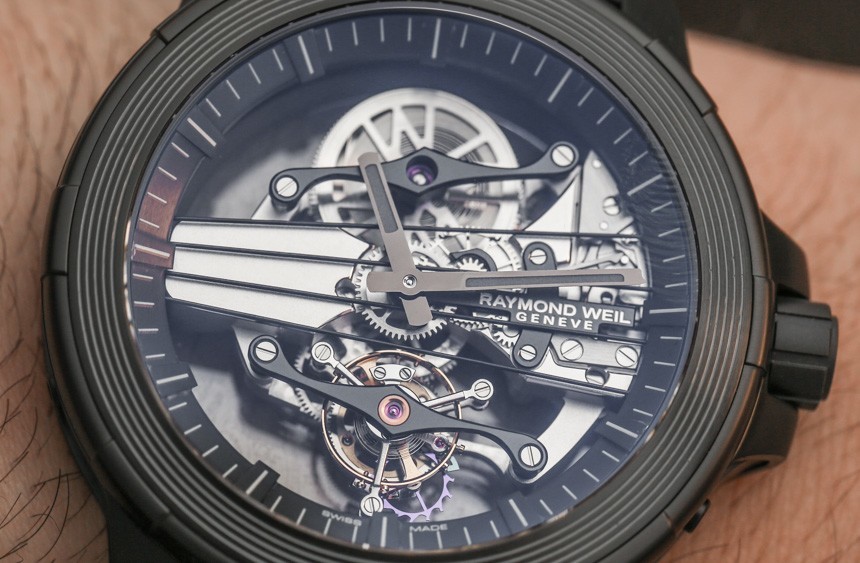 The parallel lines on music stave writing inspired the Raymond Weil Nabucco Cello Tourbillon’s bezel design, and the strings of a cello inspired the “pulled strings” which move horizontally across the watch face. I like the “f-hole” style bridges for the mainspring barrel as well as the tourbillon – those are a great detail. While the Raymond Weil Nabucco Cello Tourbillon’s design isn’t dramatically unique, it is a fun departure from what we tend to expect from Raymond Weil, and I hope it is a sign of what is to come from a brand that needs a bit of a creative boost to get the attention of watch lovers ones again. 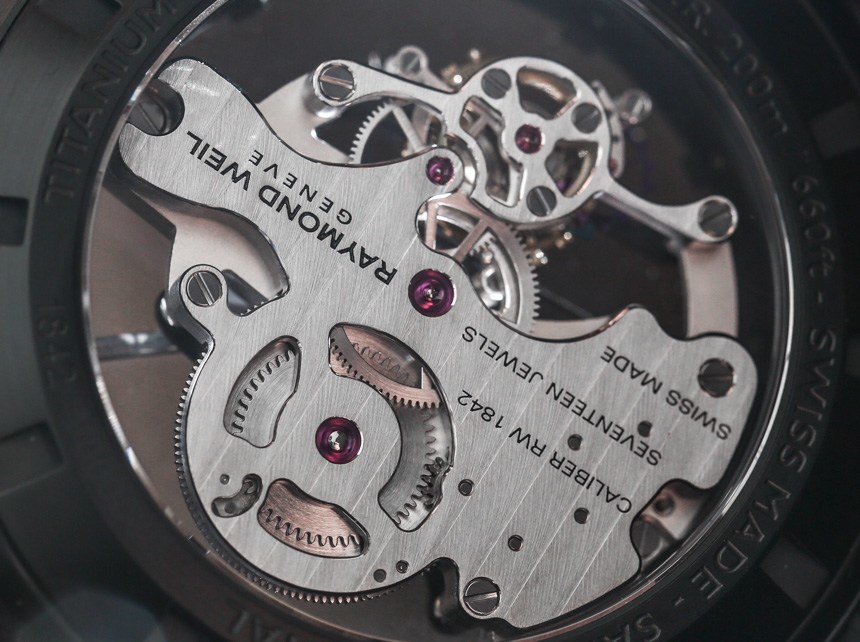 While Raymond Weil doesn’t produce the movement inside of the Raymond Weil Nabucco Cello Tourbillon, I understand that the manually-wound caliber RW1842 is exclusive to Raymond Weil. The movement offers just the time with hours and minuted and one minute tourbillon, as well as a long power reserve of 105 hours. 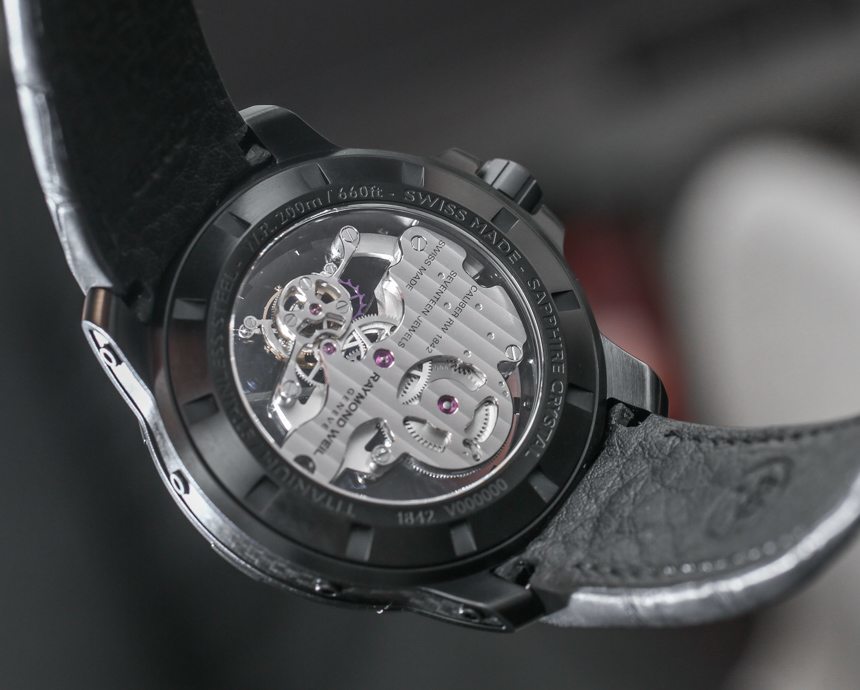 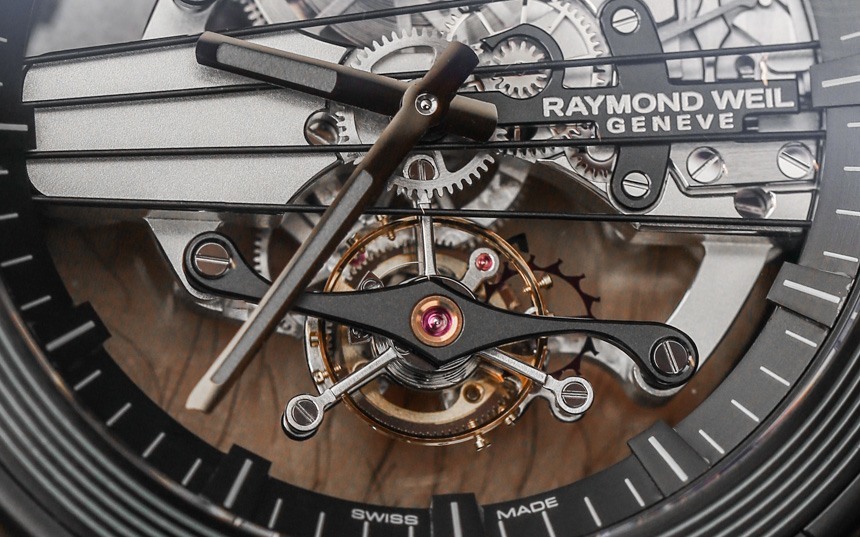 It isn’t totally uncommon for watch design to be inspired in part by music, but I think it is a topic that at least some brands should explore more – especially outside the context of very expensive watches such as minute repeaters that actually chime. Musical instruments are a lot like timepieces in that they are a niche breed of beautiful tools which inspire a lot of passion. I don’t see why more watches shouldn’t be inspired or connected to the world of music or musical instruments. Maybe that is a crazy idea, but given Raymond Weil’s love of the subject as a brand, it might be something fruitful for them to explore a bit more. 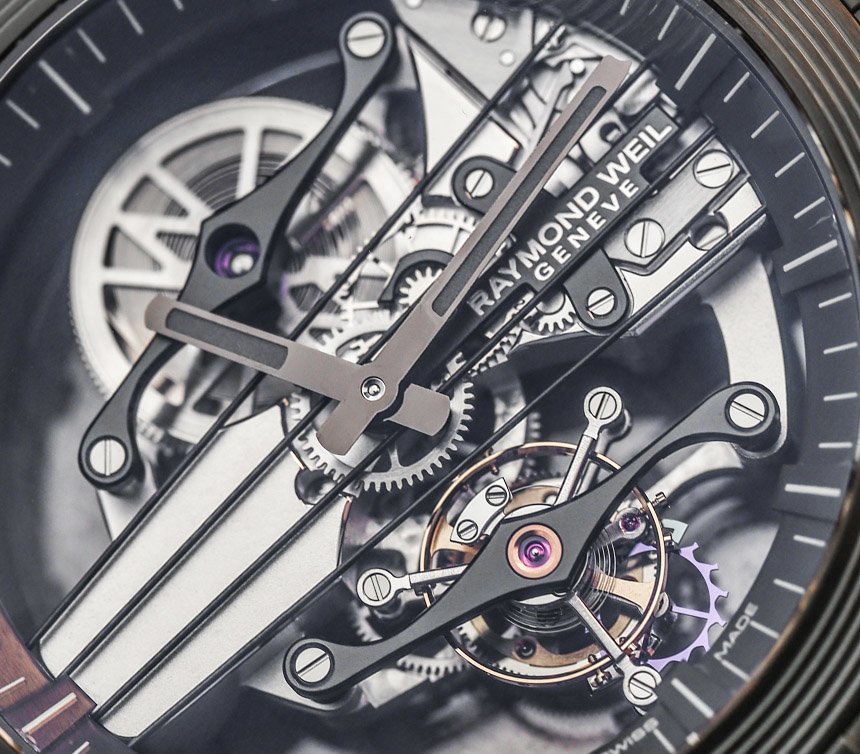 While the Raymond Weil Nabucco Cello Tourbillon is a super niche watch, it isn’t a bad one. The problem is that when people are looking to spend $40,000, they aren’t instantly thinking of Raymond Weil – even if the price is pretty good for a Swiss tourbillon. For the musically inclined that like a dark-colored, modern sports watch with a tourbillon, then I think this will hit the spot nicely. Not produced as a limited edition and offered in a specially made box, the Raymond Weil Nabucco Cello Tourbillon watch is priced at $39,995. raymond-weil.com