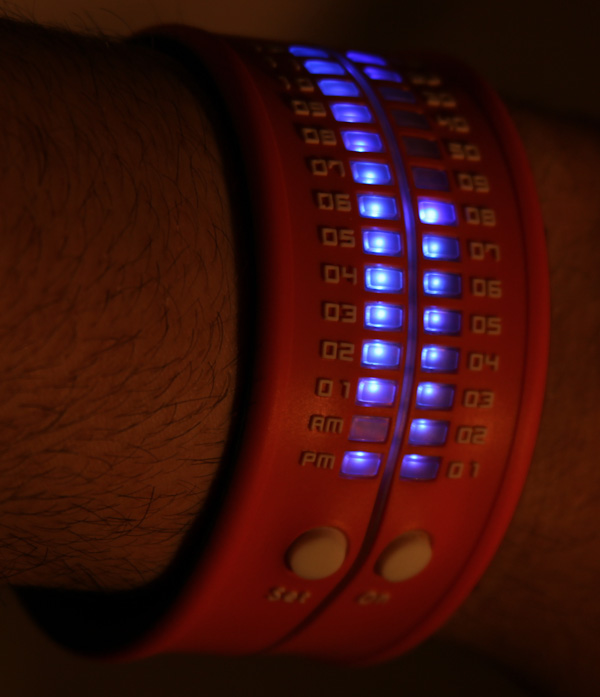 The Reflex watch combines snap bracelets from a few decades ago with LED watches from even more decades ago. All in a colorful and inspired package that is meant to appeal to people today. I first saw these watches about a year or so ago and they instantly caught my eye. Something about a mix of novelty and illegibility. Brands like Tokyo Flash (for example) became really popular for releasing an onslaught of never-before-seen light-up dials on too-hard-to-read watches. While the Reflex watch needs light math to read (you know, “counting”), it is fun to use and those who like the look of wrist-attached glow sticks will feel at ease with these.

Currently there are at least 10 color versions of the Reflex watches available. Each model has either blue, white, red, or yellow LED lights. I have a feeling that these watches are about 15 years too late as they would have been highly embraced by rave goers when such dance parties were more popular back in the 1990s. What ever happened to the candy children? 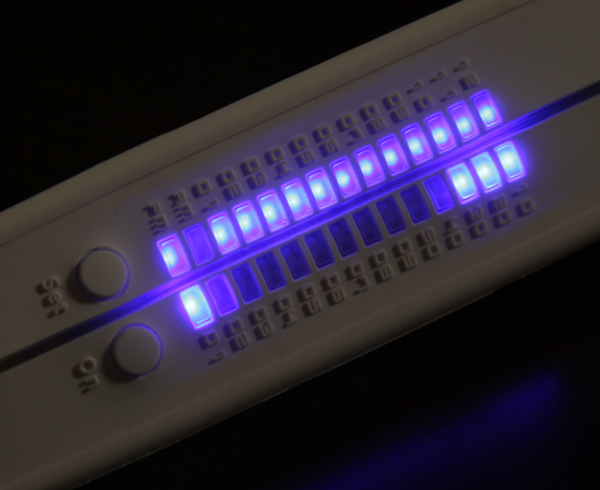 The Reflex watch itself is offered through watch brand Ritmo Mundo. It is technically its own brand, but right now you can buy them in various retailers or on Ritmo Mundo’s website. To be honest I have seen other extremely similar watches online with other names. They mostly have little differences, but the point is that the Reflex watch isn’t the only one around. It does however feel solidly made and not flimsy. Over the watch is a silicone case, while the lights are bright and the buttons are responsive.

The way it works is rather simple. You press the “on” button and some lights go on. First you read the hours to the left and then see whether it is AM or PM. You then look to the right and first look at the top numbers for the minute. You read the 10 minute markers first and then to-the-minute accuracy is determined by reading the lower list of numerals 01-09. Press the button again and you’ll get the date. It is possible that you’ll need to push the button more than once to read the time if you aren’t that quick. 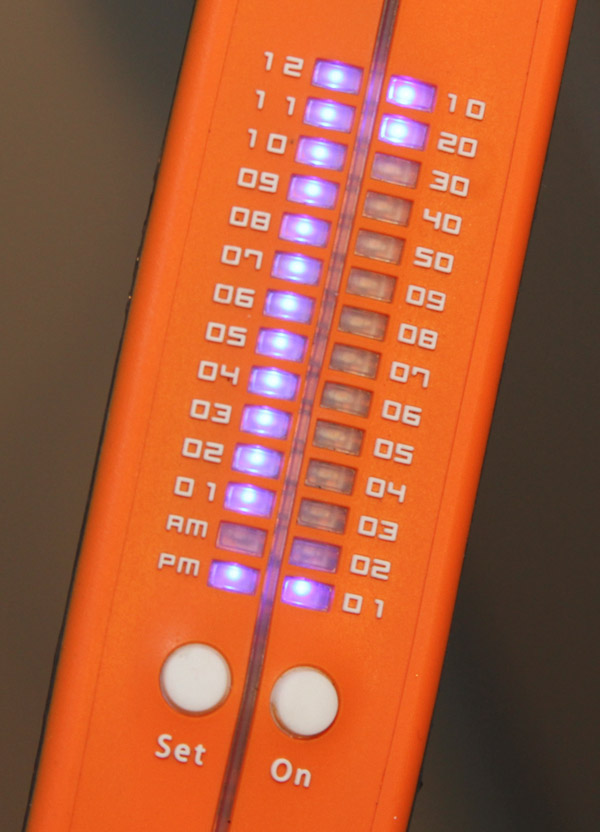 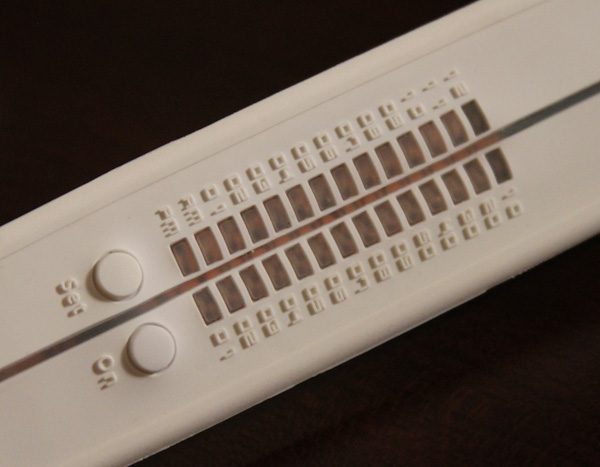 New versions of the Reflex watch have LED lights that dance around before displaying the time. The system makes things like that possible. Reflex wants using the watch to be, as much as possible, a mini spectacle. You better have that to show off if you are donning a bright color snap bracelet with lights on it and you are an adult. Almost to the point of being silly, these watches are still fun. If they were less expensive they would be perfect gifts for people at a party so that everyone could wear one.

While these are snap bracelets, they are a bit less snappy than what you might expect. This is because they are full of stuff! You know, lights and wires and alike. For being a watch with all this componentry, I am impressed they can still snap at all. The illusion is mostly there save for the large battery pack at the end of the watch. It goes under the wrist and is more visually noticeable that something you can feel. This metal container needs to be there for the piece to have any power. Plus, if you want to pull off the Reflex and use it to beat on someone, you can do that as well. 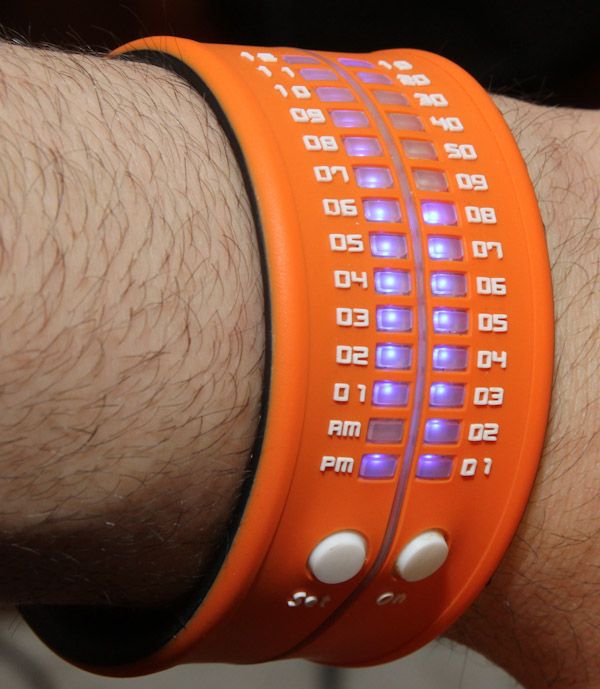 The exposed battery compartment also makes it easy to change the battery – though I am not sure how long the life is rated for. I imagine at least a few months to a year with “average” use. I think it goes without saying that this is a “quartz” based timepiece, but I will say it anyways. Learning to use and set the time will require a look at the manual, and don’t expect to read it at a glance. This is mostly a fun novelty watch that Ritmo Mundo wants to feature as a summer/nighttime/club/party piece. Also good for the kids. Take the Reflex as seriously as it takes itself and you’ll enjoy it. It actually isn’t that cheap, but it’s not expensive compared to what is probably on your wrist right now. Price is $150 and you can get them online here.