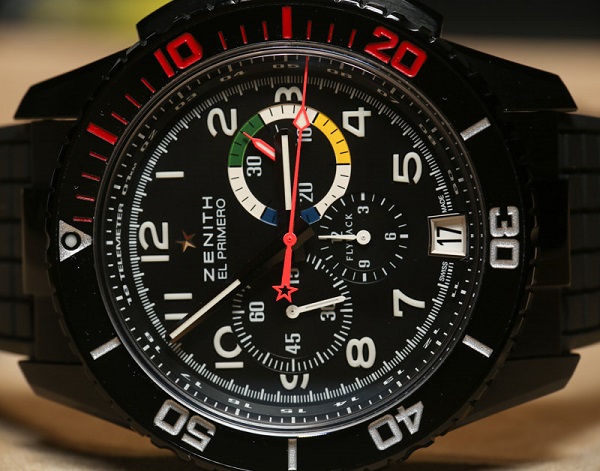 Return Of The Zenith Rainbow Watch For 2013: Hands-On 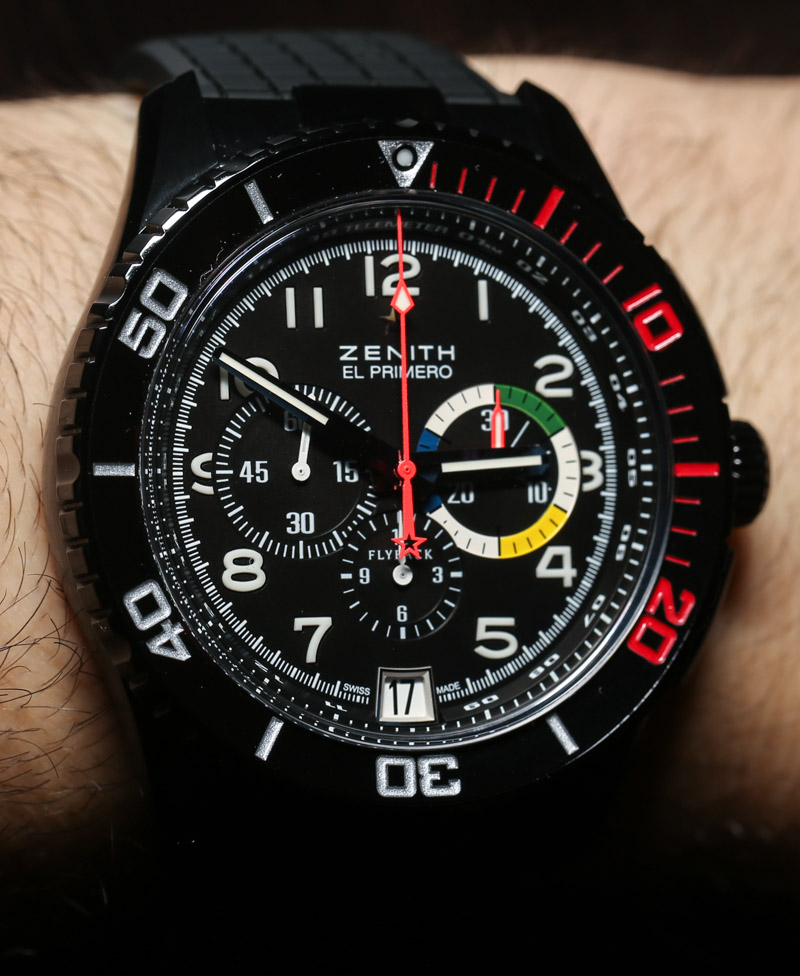 2013 will see the debut of a new version of the famed Zenith Rainbow as a limited edition. It will be a version of the lovely Zenith Stratos, and we have an early hands-on look. The official name of the watch is the Zenith El Primero Stratos Flyback Rainbow Boutique Edition watch, and it will be limited to only 250 pieces. The cult classic Rainbow aviation watch began life in the 1990s with the 40mm wide Zenith El Primero Rainbow Flyback. Zenith said that they made it for the Aero-Club De France, which is a French aviation club, and that the colors on the dial were simply “aviation colors.” It is one of my favorite older Zenith sport watches, and I was really happy to see a fresh version for today.

The El Primero Rainbow was a rather popular sport watch at the time of its debut and included the in-house made El Primero 405Z automatic chronograph movement with a flyback mechanism. Apparently Zenith produced this movement specially for the Rainbow collection, which added a flyback complication to the 405. Today the same movement is used in a lot of Zenith watches, and found its way into the 2010 Defy Rainbow, as well as the Stratos Rainbow of today (though it just says 405) on the movement. 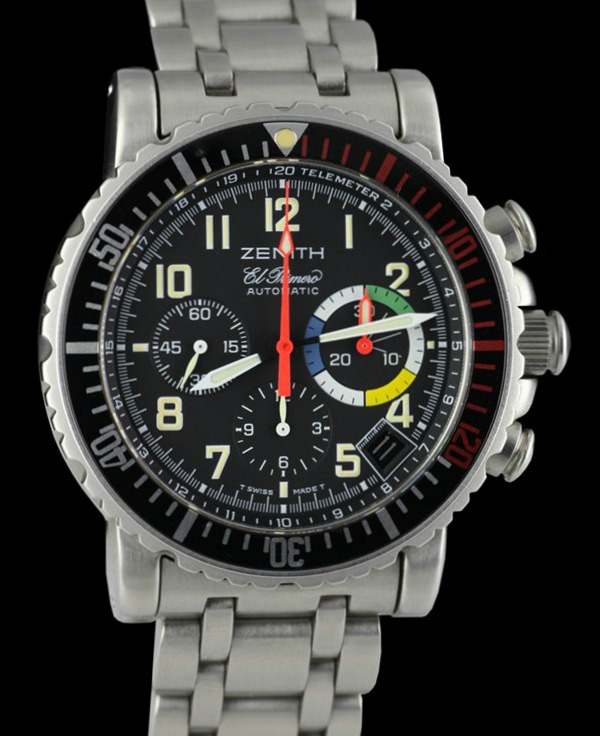 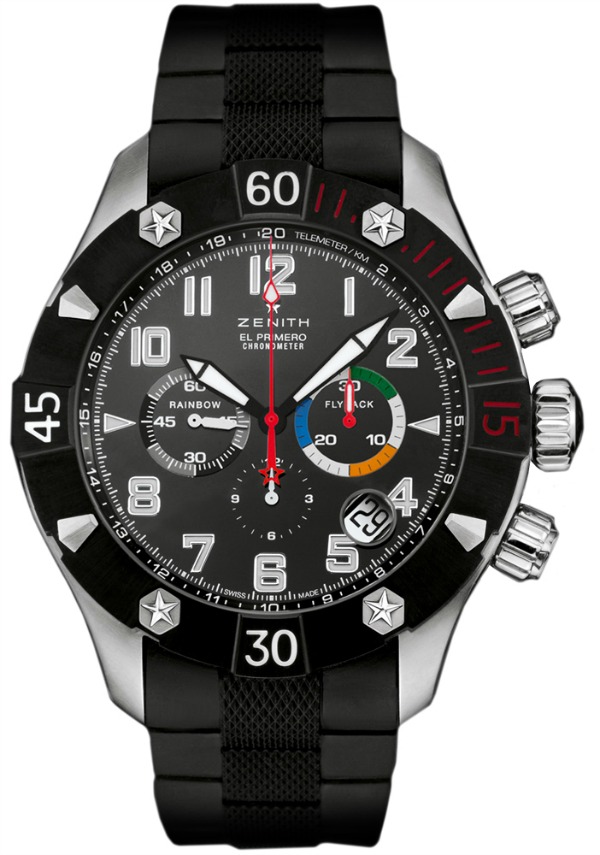 Oddly enough the original Zenith Rainbow wasn’t just one chronograph watch with a colorful dial, but was also the name used for the exact same watch with a simpler black and white dial. More so, the Rainbow collection grew to include some three-hand models as well. These original Rainbows are pretty sought after and can reach prices of up to $5,000 when in good condition. Expect to pay about $3,000 – $4,000 on average for one, though some versions are close to $2,500. An original Rainbow Flyback Chronograph is a great watch to have.

In 2010 Zenith released the El Primero Defy Rainbow with a black and textured silver dial. In my opinion this version of the Rainbow was one of the best lookers from the Nataf years. It was a larger piece at 46.5mm wide as is the Stratos version (at over 45mm wide) and was the only Rainbow to actually say “Rainbow” on the dial. At the time these did not sell very well and were in production for a very short time. If you can find one – especially with the black dial – I recommend you pick it up. It very much has the stuff collector’s items are made from. Rather than using the 405 movement, the Defy Rainbow used something called the El Primero 400FC. I don’t know what the difference was as it had all the same complications. UPDATE: According to Zenith the El Primero 400FC is slightly unique because it used a “Zenithium” metal balance wheel bridge (the whole Defy collection did), that was a aluminum, titanium, and niobium alloy. It’s purpose was to absorb some shock helping accuracy and longevity. Interesting! It also happened to be water resistant to 300 meters and spurred the genesis of the Zenith star counterweight on the chrono seconds hand. You’ll notice that the Stratos Rainbow uses the exact same seconds hand as the 2010 Defy Rainbow.