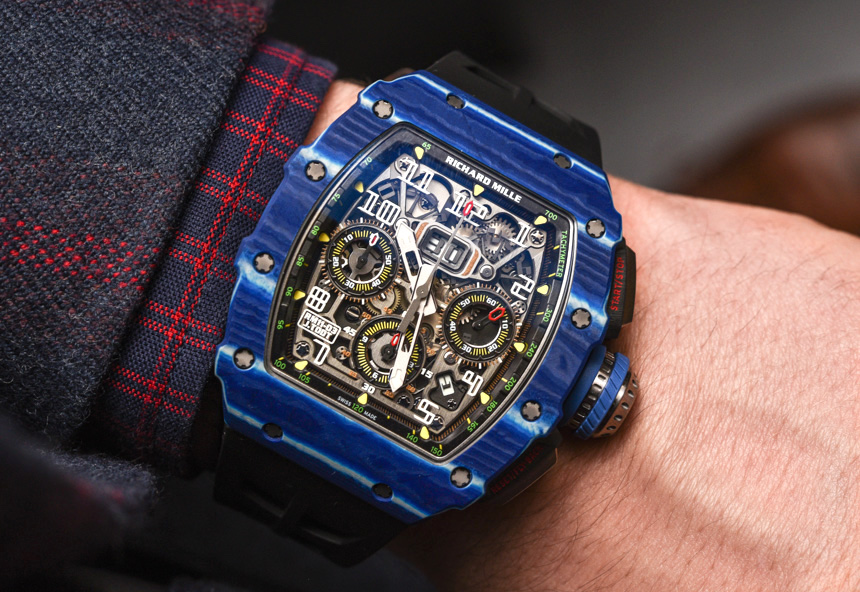 To call Richard Mille a “luxury sensation” would probably be accurate. The super high-end Swiss watch brand likely considers this almost $150,000 timepiece practically entry-level given its many million-dollar-plus creations – and yet, so much of why Richard Mille as a watchmaker is popular is in this particular limited edition watch. In a captivating marbled blue and white case produced from Quartz TPT material – the Richard Mille RM 11-03 Jean Todt 50th Anniversary timepiece is a salute to a friend of the brand as well as proof that even high-luxury can be trendy.

“Timeless and classic” are not terms you’d generally hear from anyone speaking about Richard Mille products – especially people at the company itself. Inspired by the philosophy of a total focus on the performance-over-cost mentality borrowed from other industries such as the world of Formula 1 racing, Richard Mille products are all about pushing the envelope of possibility. 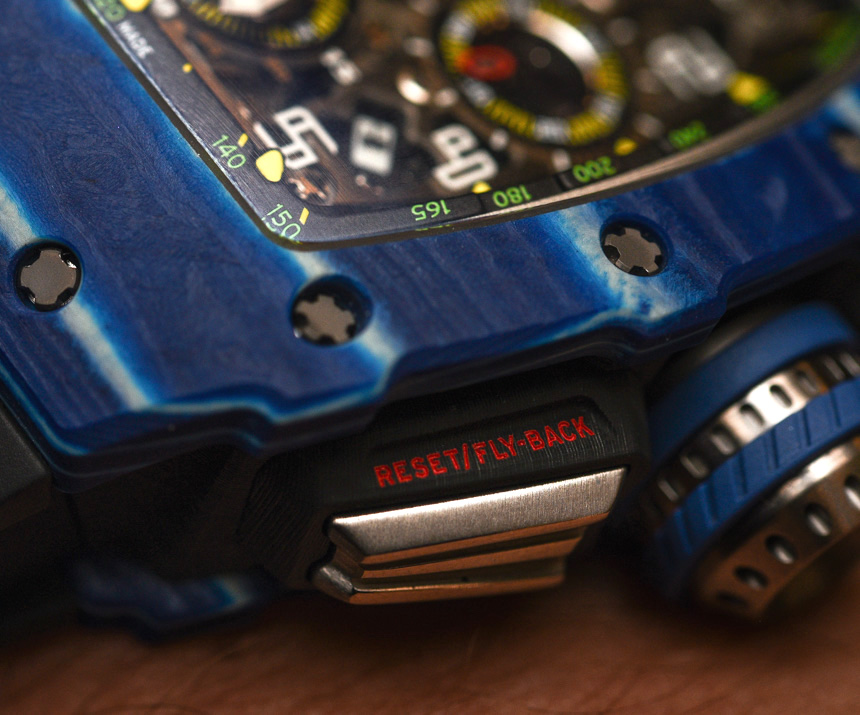 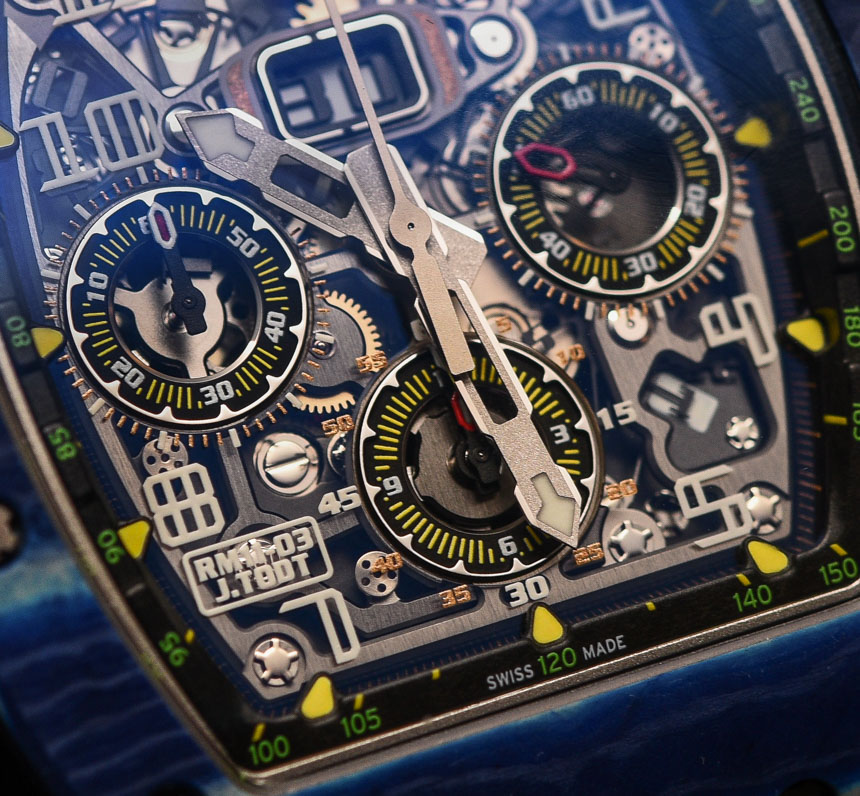 Depending on who you ask, that push by Richard Mille seems to be equally in areas of technical mechanics, design, marketing strategy, and of course, pricing. Let’s return to this particular limited edition of 150 pieces RM 11-03, which again sees Richard Mille paying homage to Mr. Jean Todt of racing, Ferrari, and Formula 1 fame. The particular purpose of the watch is on the thinner side, being directly attributed to celebrating the 50th anniversary of Jean Todt’s “career.” More specifically, like many other luxury watches, this product is, in fact, an authentic celebration trophy for Mr. Todt, his buddies, and fans (I wrote here why watches make the best trophies). 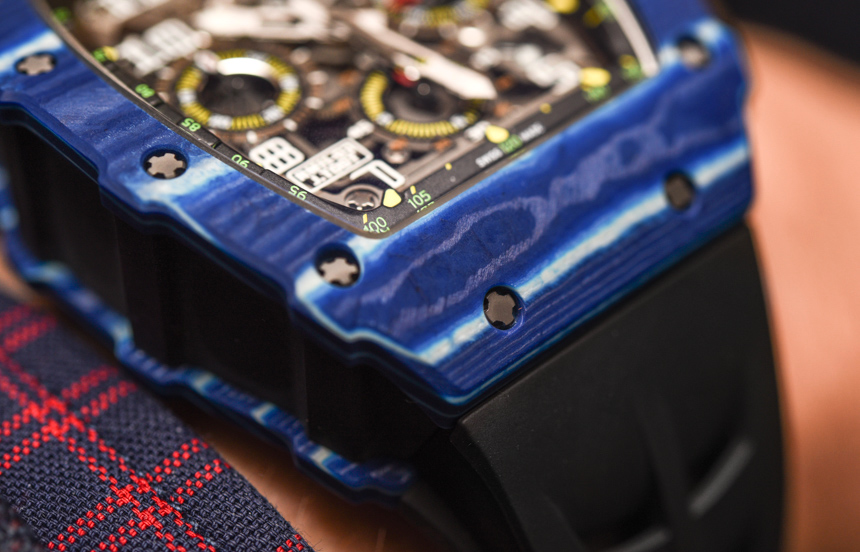 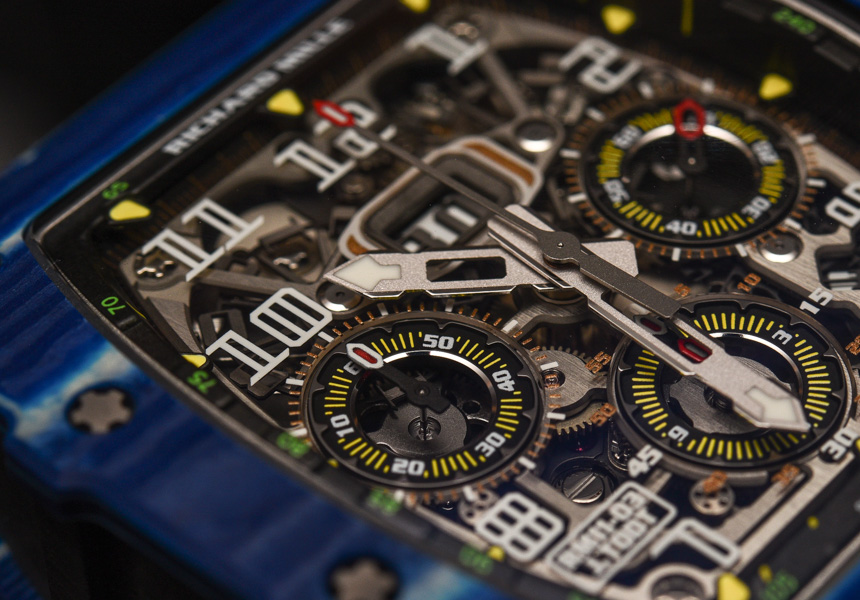 The celebration is indeed for Mr. Todt (and Richard Mille) as opposed to the buyers themselves, but it is a tacit reminder by Richard Mille to its consumers that “you should make or buy a watch when you too have such a celebration to recognize.” It is well established in the luxury world that consumers (no matter their budget level) are the most inspired to purchase something such as watch when they are seeking to commemorate something. 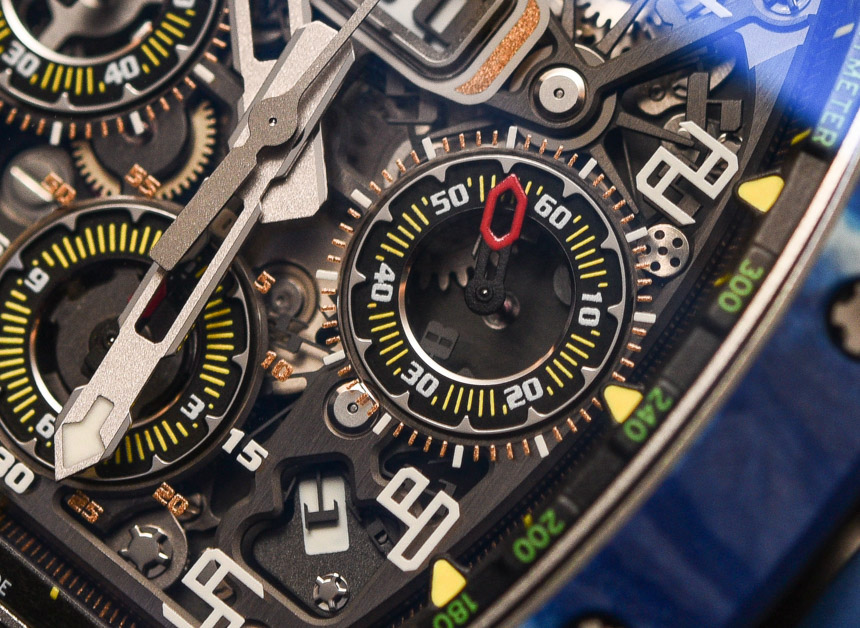 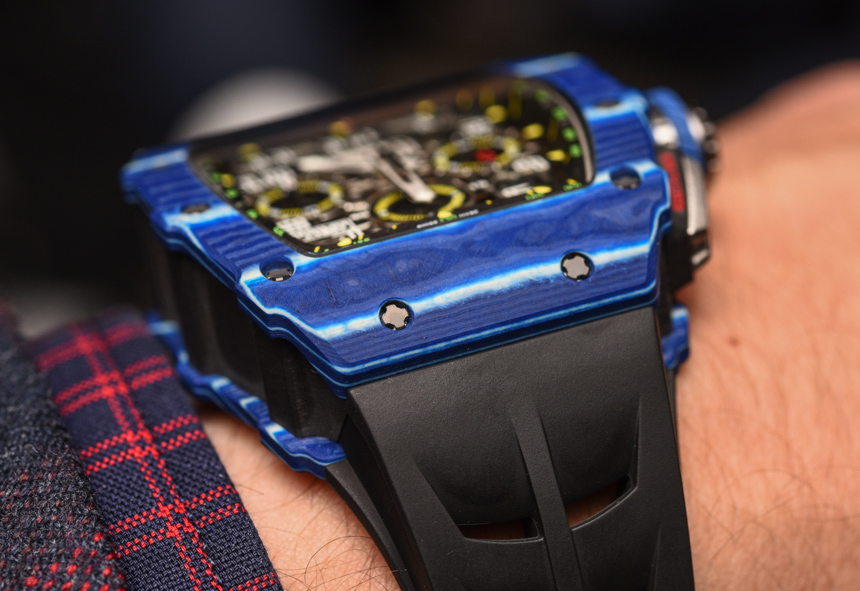 It’s a great opportunity for Richard Mille to experiment with colors and further develop the legendary RM 11 watch collection which helped put the brand on the map. In its advanced form, the RM 11 has the same useful movements, but an exotic case produced from Quartz TPT, a material produced in Switzerland and borrowed from performance vehicles. The material is a dense layering of hundreds of sheets of silica which are mere microns thick for each layer. The blue is merely cosmetic, but it wouldn’t be a Richard Mille without an invigorated splash of color. 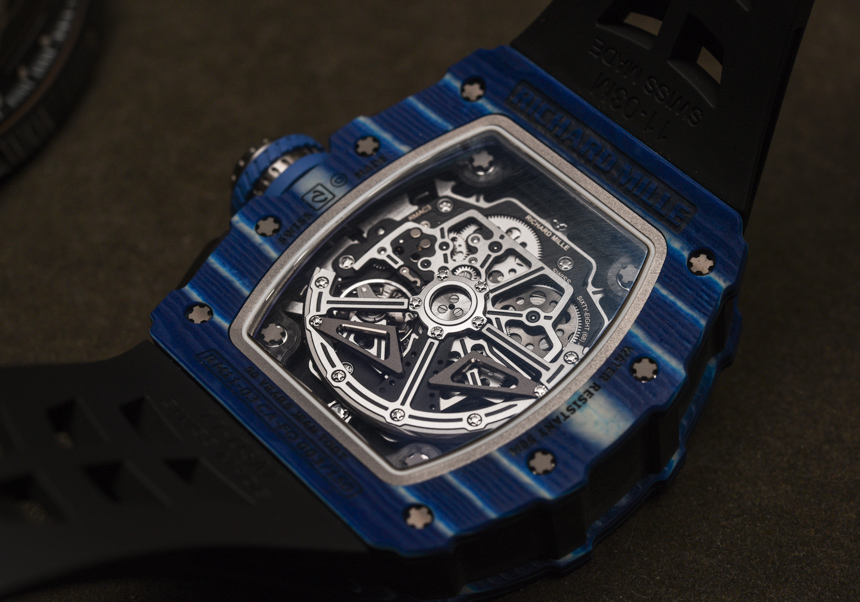 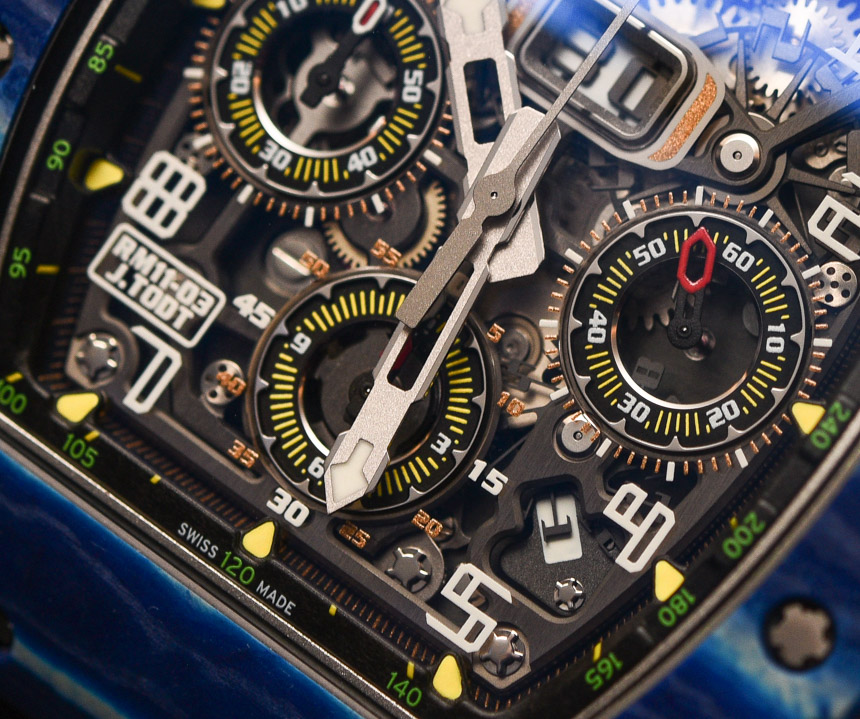 Richard Mille first released a Quartz TPT-cased watch back in 2015 with the RM 27-02 Rafael Nadal. In that previous article you can learn more about the lightweight, yet very strong and visually interesting material. No, it isn’t as iconic as gold or platinum (but you can’t “impregnate” – which is the actual term Richard Mille uses – those traditional luxury materials with colors such as blue, red, green, yellow, and white as has been done to a range of high-end limited watches by the brand). A brief look at Richard Mille watches produced from Quartz TPT covered on aBlogtoWatch demonstrates the visual variety available – more so, how successful use of exotic and modern materials such as this have been for a brand like Richard Mille. 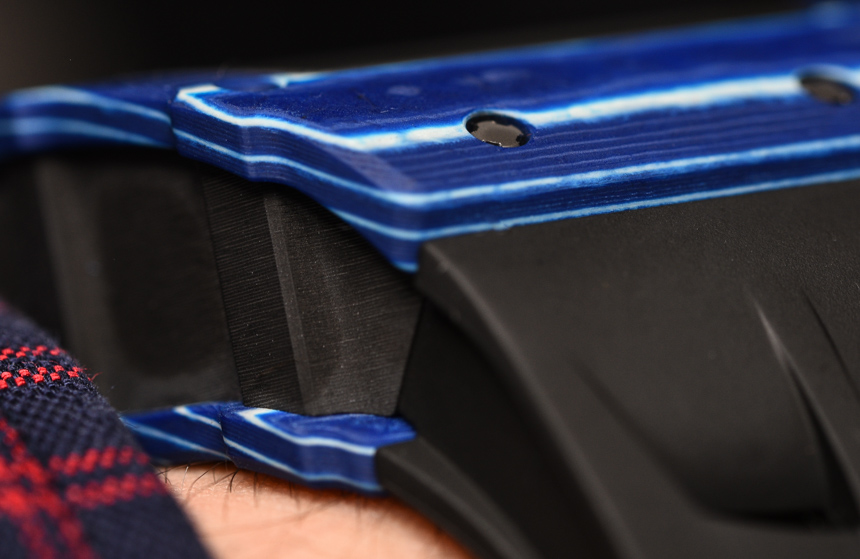 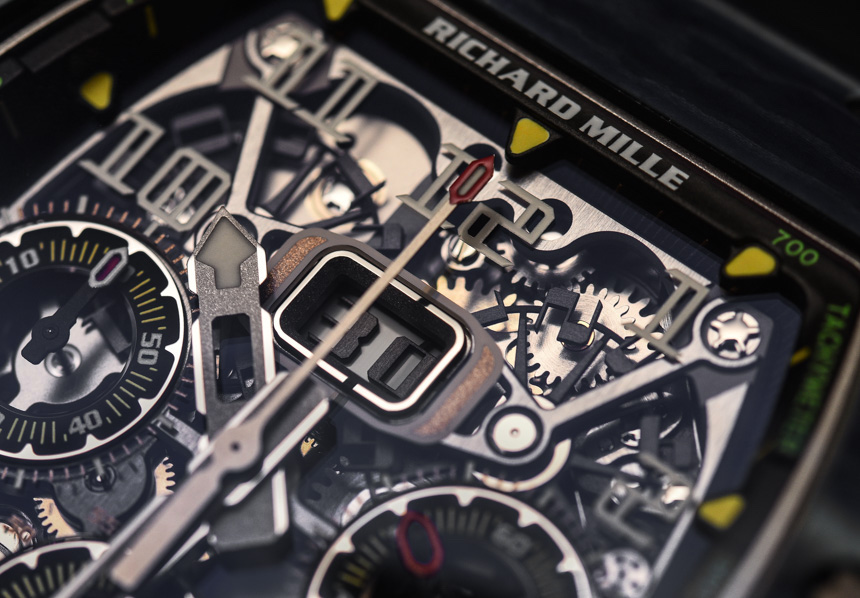 Richard Mille himself, and the brand do indeed hang closely with people like Mr. Todt. Part of the honesty in their relationship is what makes limited editions such as this perhaps more interesting to watch lovers than those we see from many other watch brands where the relationship feels a lot more like simple marketing. That Jean Todt and Richard Mille would continue to celebrate Todt’s life and achievements together makes sense – partially because Mr. Todt himself is the archetype of someone who should be a Richard Mille customer. More so, this RM 11-03 is far from the most expensive timepiece Richard Mille has made in honor of the man. 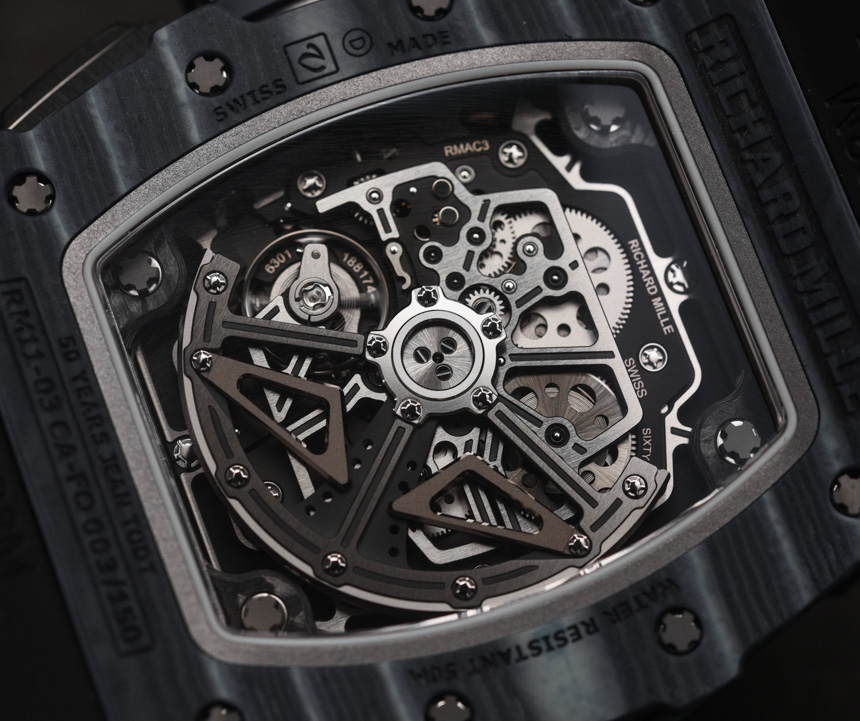 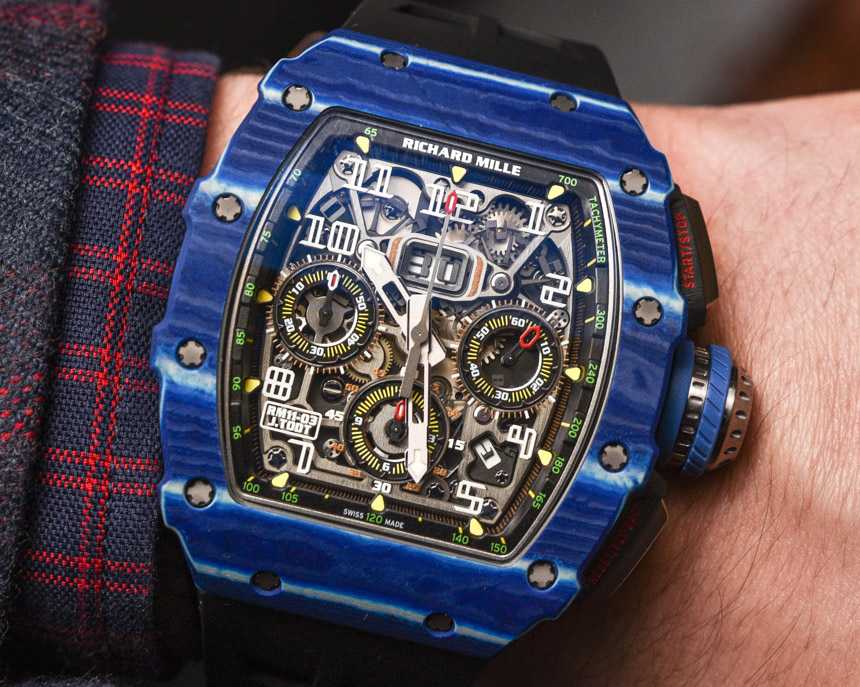 With that said, it happens to be particularly nice. Perhaps it is because blue as color is particularly en vogue right now, or because of how nicely the RM 11 collection has aged. What makes this watch special from a watch collector’s perspective is that the caliber RM11 movement continues to stand out. The 4Hz, 55 hour power reserve automatic combined both a chronograph as well as an annual calendar (month as well as a big date indicator) together. As practical as this combination seems to be, few if any other watch brands have attempted to offer a competing product. 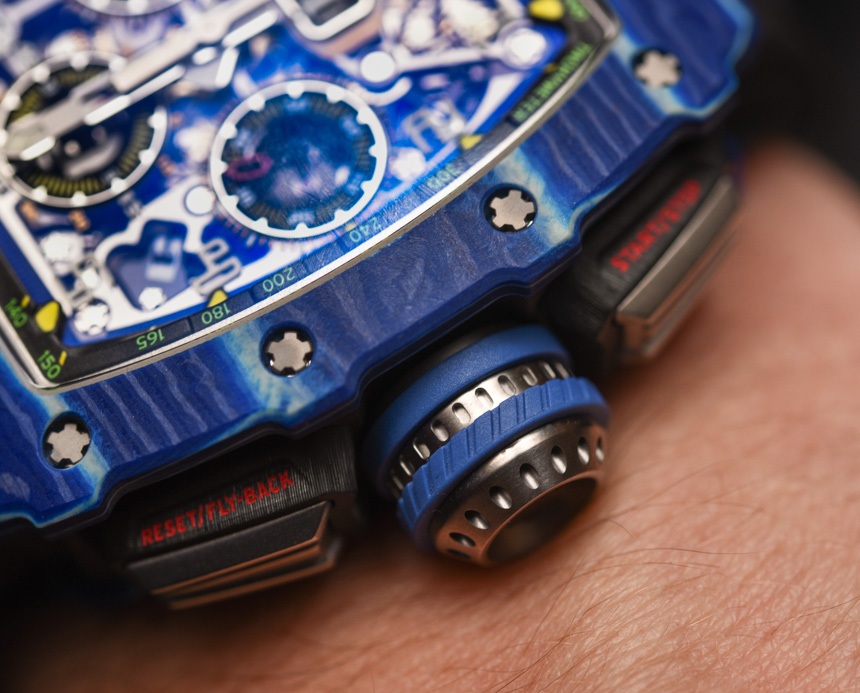 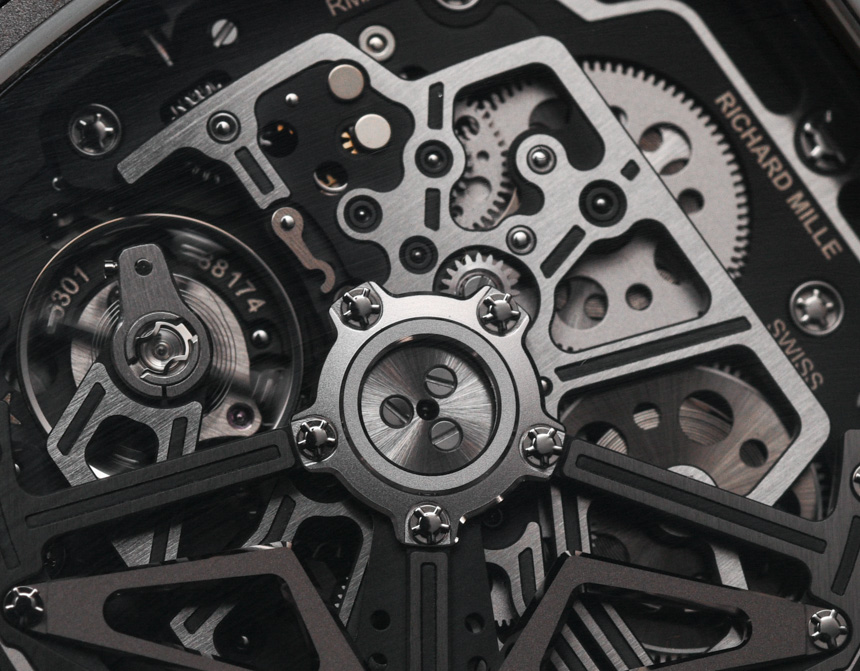 The RM11 movement also looks fantastic. Entirely skeletonized, being produced using finely finished titanium bridges, the movement view is a less than subtle reminder to the owner of why an item such as this might cost so much. Few brands are as skilled as Richard Mille when it comes to displaying modern microcosms in their full mechanical glory. In an age when mechanical watches are increasingly distinct from their smartwatch siblings, showing off the guts of your watch has never been more popular. 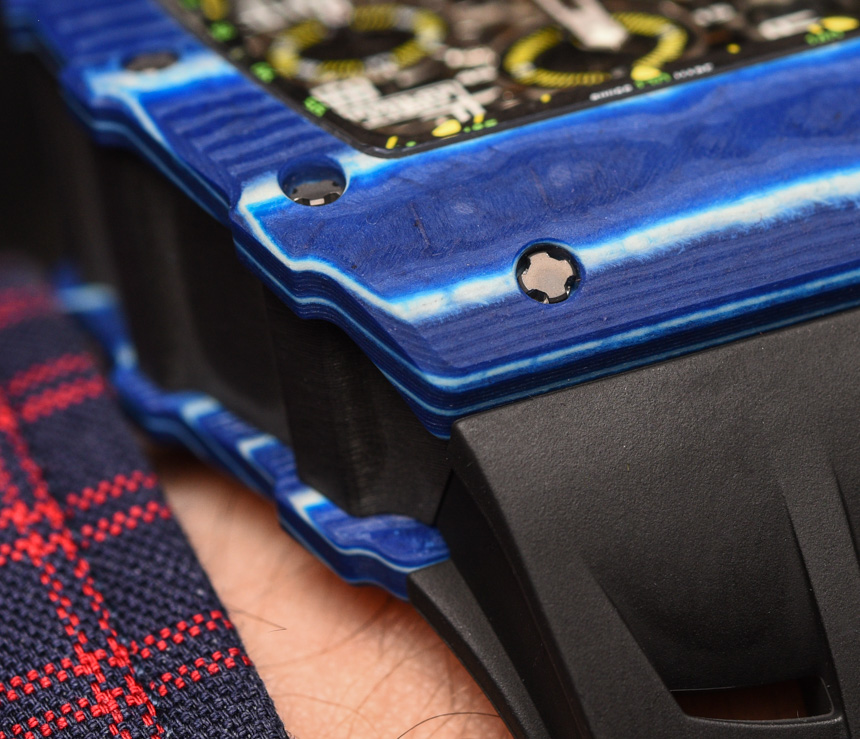 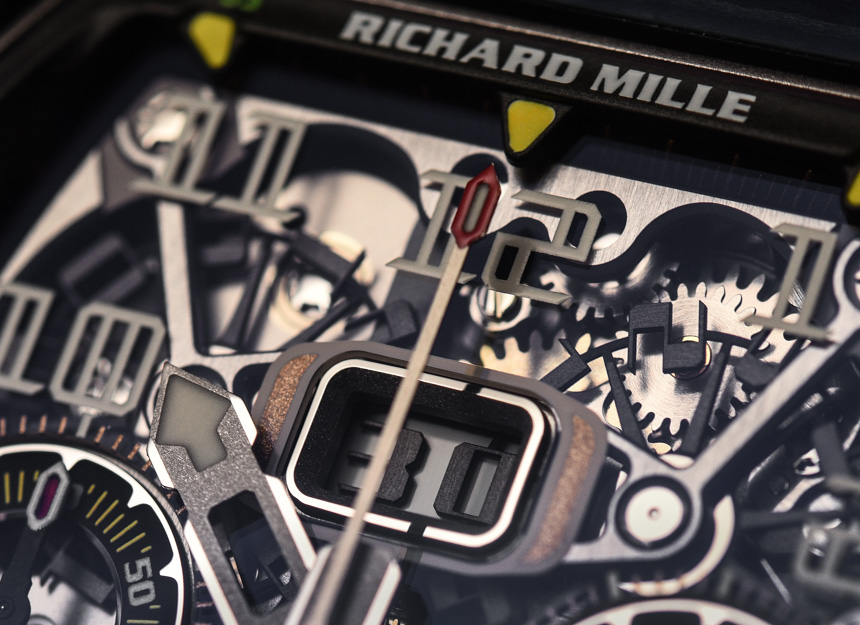 The RM 11-03 in the Quartz TPT case follows the classic Richard Mille tonneau-shape but with some crenelation for the case screws. It is 44.5mm wide, 49.94mm tall, and 16.15mm thick. The watch comes on a “vented” custom black rubber strap and looks about as much like a contemporary super-machine on the wrist as you could hope for. If you need to explain why Richard Mille does as well as it does, it is because it respects the rules of traditional watchmaking while incorporating almost entirely modern design elements and themes. Richard Mille watches are also not at all shy about being noticed – and what I think is common across all Richard Mille owners is that they are happy about the perceived attention.