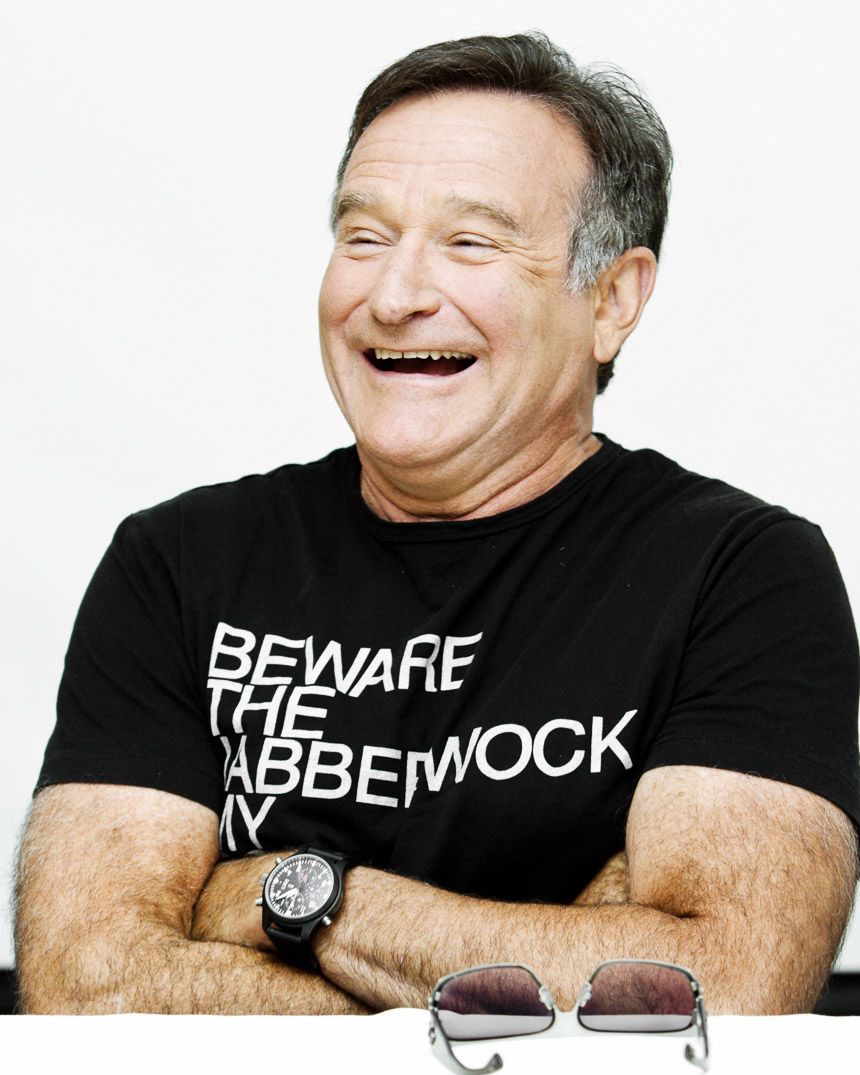 No one’s death is something to be taken lightly but when someone like Robin Williams dies it causes society as a whole to pause. I was personally shocked, saddened, and depressed to hear that Robin Williams took his own life yesterday, August 11, 2014. The 63 year old actor and comedian surprised the world with news of his most unfortunate passing. I think I speak for most people who can say that Robin Williams is someone that influenced their lives in more than one way.

For me, Robin Williams will always be among the wild, yet intellectual, corps of comedians to come out of the 1970s and 1980s. His energy was matched only by his intelligence and ability to funnel his emotions into a host of characters, who will remain as memorable as the man who played them. I don’t even think it is worth listing some of the memorable roles he played because there are so many, and each person who was lucky enough to see him perform in various ways has their own personal connection with what he meant to them. 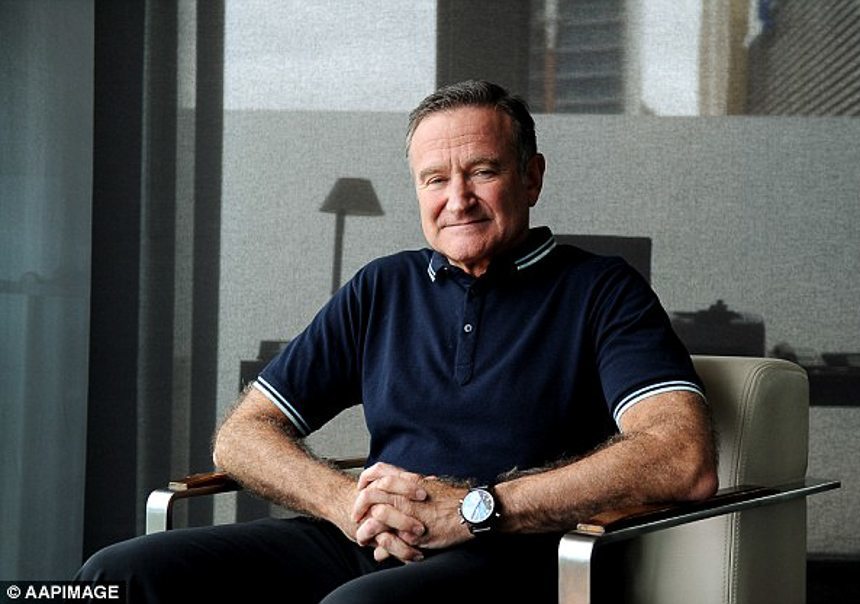 Several years ago, I had the pleasure of meeting and speaking with Robin Williams myself. I was still living in San Francisco at the time, and Robin Williams lived just north of the Golden Gate Bridge in Marin county – the same place he lived when he died. It was at a small event and I was completely star-struck to have been introduced to him. I was surprised by his down-to-earth nature, friendliness, and gentle demeanor. It totally made my day and I’ll remember that time I spoke with him for a long time to come.

I try to keep things focused here on aBlogtoWatch, so it is sort of a good thing that I learned Robin Williams was a watch guy. Since I learned about the news of his death, I wanted to say something about it, so consider this article my tie-in with the watch theme of the site. Don’t think that I am just trying to use this opportunity to comment about watches. Some people might take it that way, but that isn’t my motivation. This is just an opportunity for me to say a few cathartic words about someone who I’ll really miss being in this world. Someone who was part of my childhood, and someone whose career helped teach me that it was OK to be a little wacky, and a quite a bit outspoken. People like Robin Williams also helped teach me that comedy is a wonderful medium for helping to discuss complex, controversial, and emotional topics that would otherwise be difficult to bring up socially. 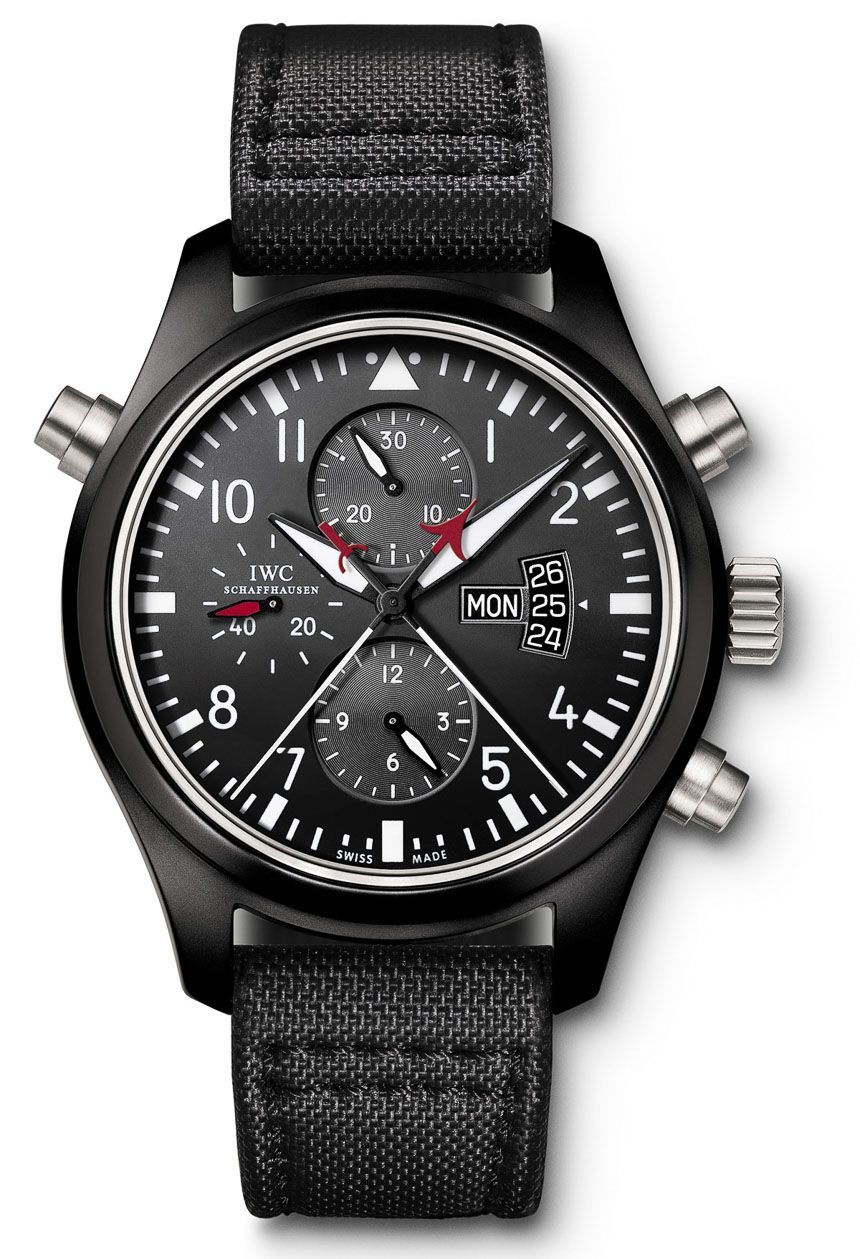 On his wrist, Robin William was wearing a timepiece that he had worn quite a bit for the last several years of his life. I asked him if he liked watches, and he agreed that he did. I don’t know how big his collection was, but he was wearing an IWC Pilot’s Watch Double Chronograph Top Gun Edition ref. IW379901 when I met him. You can see in various pictures taken of him that it was among his favorites and that he wore it a lot. I think as “watch fans” we find it interesting to know what types of timepieces the people we respect and admire choose to wear. So, I found this choice to be interesting. It is large, sporty, and in a sense over-the-top, while also being quite serious looking.

In a black ceramic case, the IWC Double Chronograph Top Gun watch is 46mm wide with titanium pushers, crown, and caseback. It says “Top Gun” on the side and rear of the case, while it contains an IWC caliber 79230 automatic movement which I believe is a modified Swiss ETA Valjoux 7750 with a split second chronograph modification (hence the “double chronograph” part of the name). I found it a very interesting choice for Mr. Williams, and he wore it with gusto and appears to have loved it a lot. I think it is sort of cool when you find out that you share a hobby with someone who has meant a lot to your life. 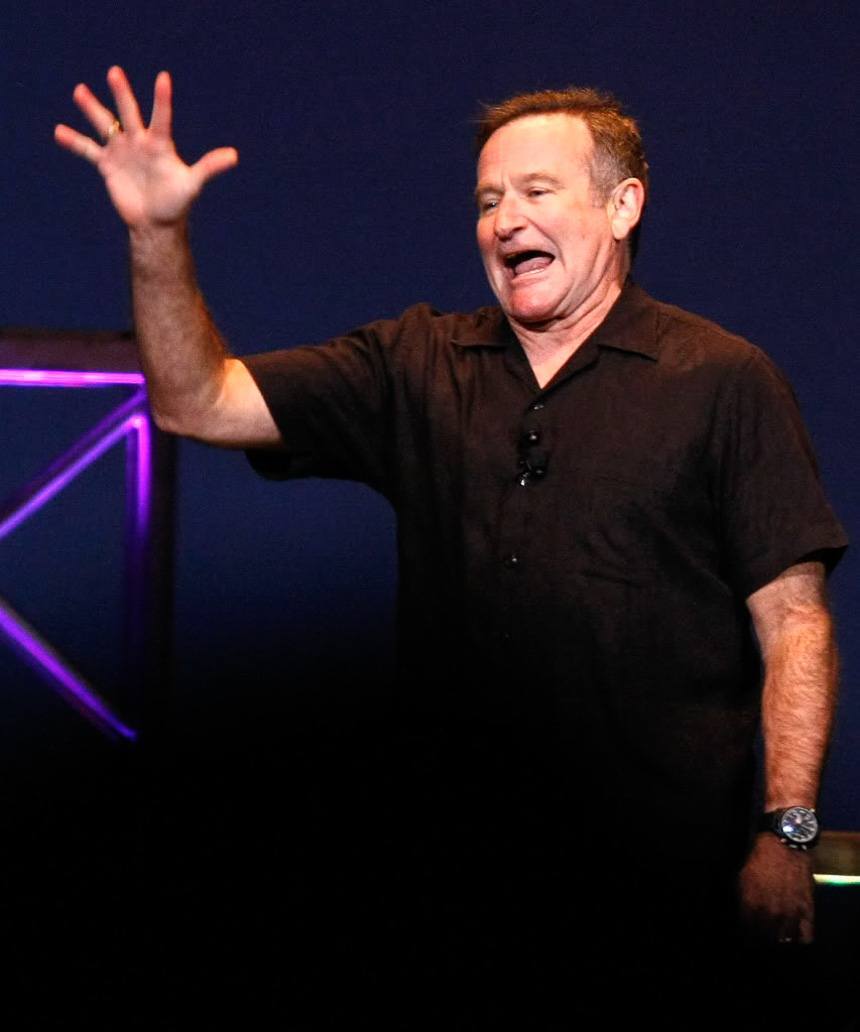 We know that Robin William’s passing was a product of suicide. Nothing feels more of a shame than a life ending before it was meant to be over. I don’t know a lot about suicide or the deep depression that causes people to consider it – and would never judge someone who felt they needed to make such a massively impactful decision on their own lives, as well as the lives of the people who care about them. What I do know is that suicide is a tough subject that people don’t like to think or talk about. From what I can gather, suicide is not the product of a bad life or down times, but a result of years of emotional misery and instability.

It is known that Robin Williams had a manic personality and experienced extreme highs and extreme lows. That might be due to some type of bi-polar disorder. I really can’t say as I am not a psychiatrist or mental doctor. Robin Williams also used drugs and alcohol, which in his own words, was to an excessive degree over the years. Sure part of that goes with the actor/celebrity lifestyle, but it is also commonly associated with people who are trying to self-medicate to help stabilize their own emotional problems which just might be a root cause of why they feel the need to take their own lives. 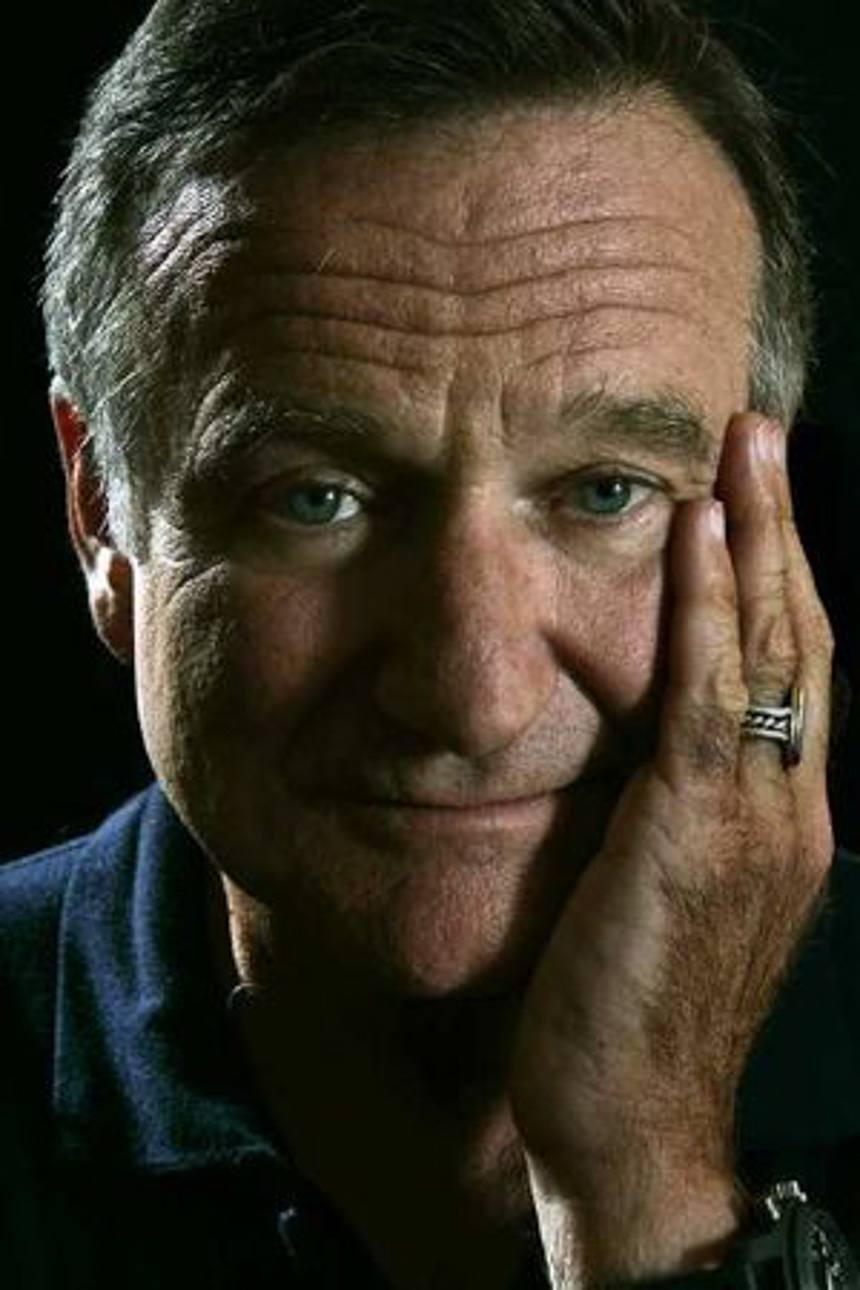 I’ve personally seen this happen with people close to me in my life and it is sad no matter which way you look at it. My only hope is that more people focus on the factors that cause people like Robin Williams to feel that there is no escape other than suicide, and for more of society to consider these types of deaths part of a larger outcome of mental problems rather than some type of anomaly or mystery. I think it is too naive to ask “why didn’t they get help,” because clearly many people who end up committing suicide do seek out many forms of help over the years.

If only I had the time to take a whole weekend and consume hours of Robin Williams films, television shows, and standup performances. Hopefully I’ll be able to do that someday soon. I do know that when I have children he is someone I will certainly want to expose them to, and I am glad that he left behind a rich legacy and colorful cast of characters that the world can enjoy for a long time to come. That he happened to like nice watches as well is just a small added benefit. Rest in peace Mr. Williams, I am glad that I at least got to meet you during your time.