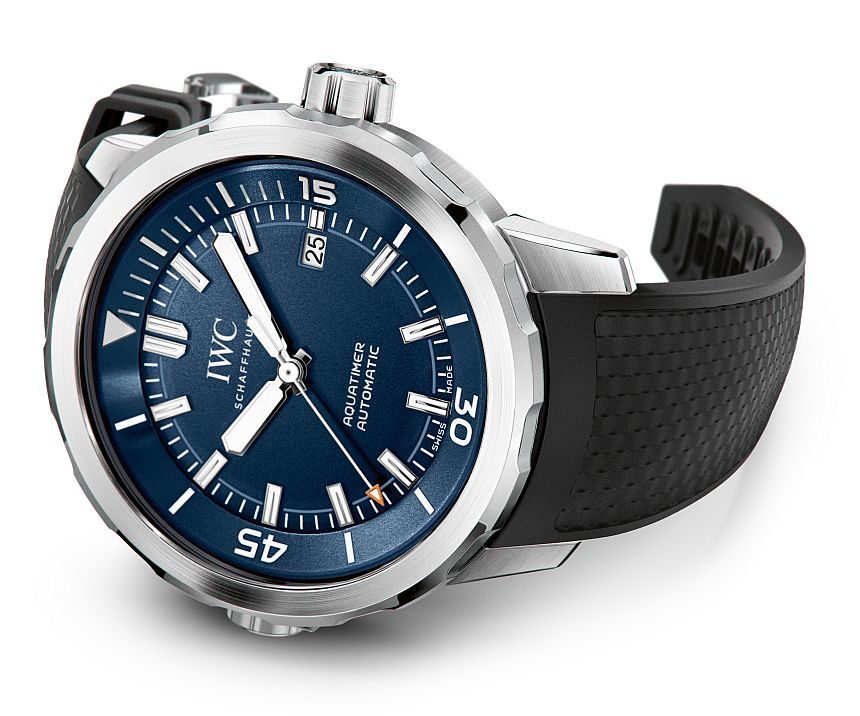 2015 has drawn to a close, which it means that we can turn our eyes towards the watches that are being released for 2016. For the new year, IWC is extending their Aquatimer lineup which had a major overhaul back in 2014 (hands-on with those here). Obviously, these do not include any major or radical design changes, but IWC figured some fresh new looks were worth it. While new watches often will pull inspiration from (or pay homage to) places, people, or past models, the new IWC Aquatimer models manage to cover all three of those bases. 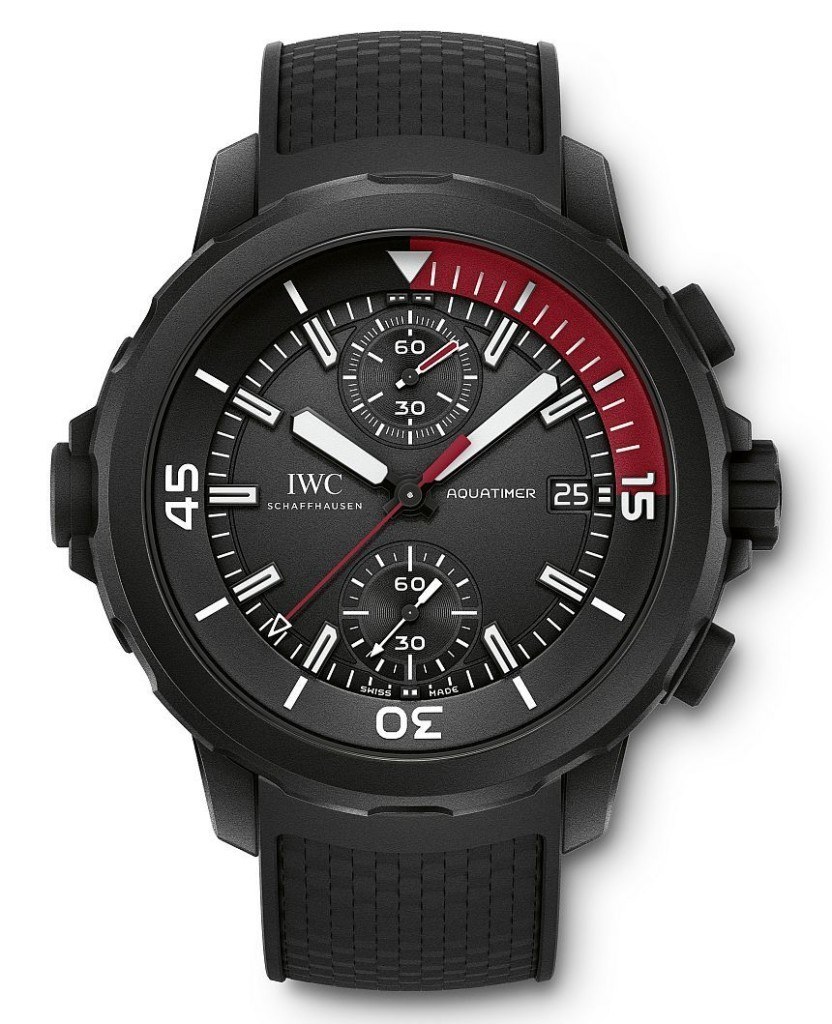 The first of these models is the 44mm IWC Aquatimer Chronograph Edition “La Cumbre Volcano” (Ref. IW379505). While I do not consider myself to be a “chronograph guy,” this one caught my eye due to the A-Team color scheme used on it. Yeah, as a diver, this particular model may not be the most legible under water, but it is pretty stunning, with the crisp blacked-out dial accented by the red on the internal bezel and handset. It joins the increasingly busy IWC Aquatimer Chronograph special editions that tribute the Galapagos, Charles Darwin, and Cousteau (hands-on here). 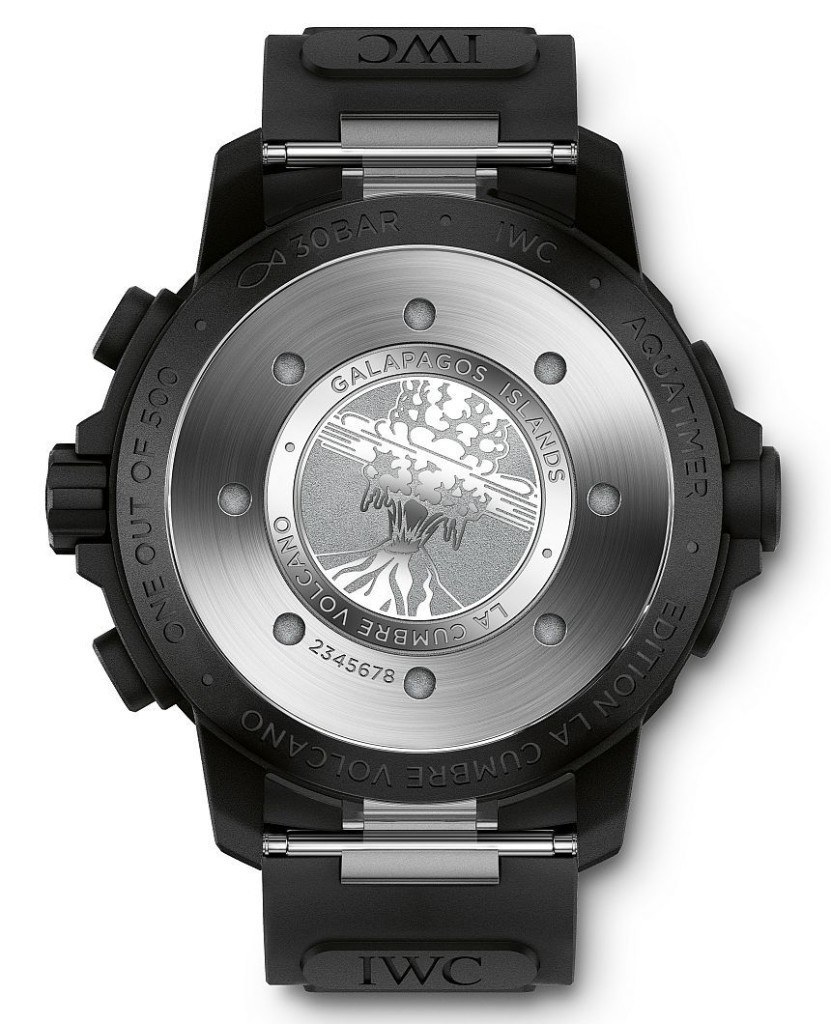 This particular IWC Aquatimer is pulling its name from the La Cumbra volcano on Fernadina island in the Galapagos. Why the Galapagos? IWC has been working with the Charles Darwin Foundation to help preserve the environment there. Just as the resources in those islands are a bit limited, this particular IWC Aquatimer is of a limited nature as well, with only 500 pieces of the rubber-coated watch being produced. A portion of proceeds will go to the Darwin Foundation to help in their efforts. 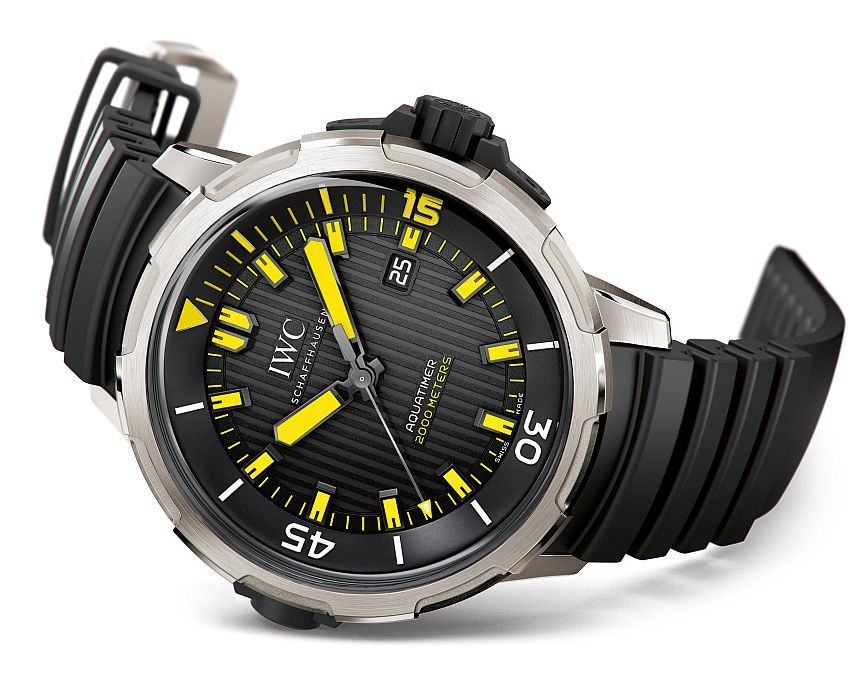 On the other hand, if you want to do some really deep diving (300m water resistance on the IWC Aquatimer Chronograph Edition “La Cumbre Volcano” seems a bit paltry, does it not?), then the new 46mm IWC Aquatimer Automatic 2000 (Ref. IW358001) in black and yellow is what you want. Yeah, that’s right – this bad boy carries a 2000m WR rating, and though it’s not a new watch (hands-on of the standard version here), the bold yellow really makes this one stand out and have an almost “radioactive” color palette.

This particular IWC Aquatimer recalls the watches designed back in 1982 by Ferdinand A. Porsche for mine clearance divers. I told you this watch was a dangerous one! This one also features an internal/external timing bezel on the titanium case. It is a hefty case (over 20mm thick as well) so it’s helpful that it is not steel. 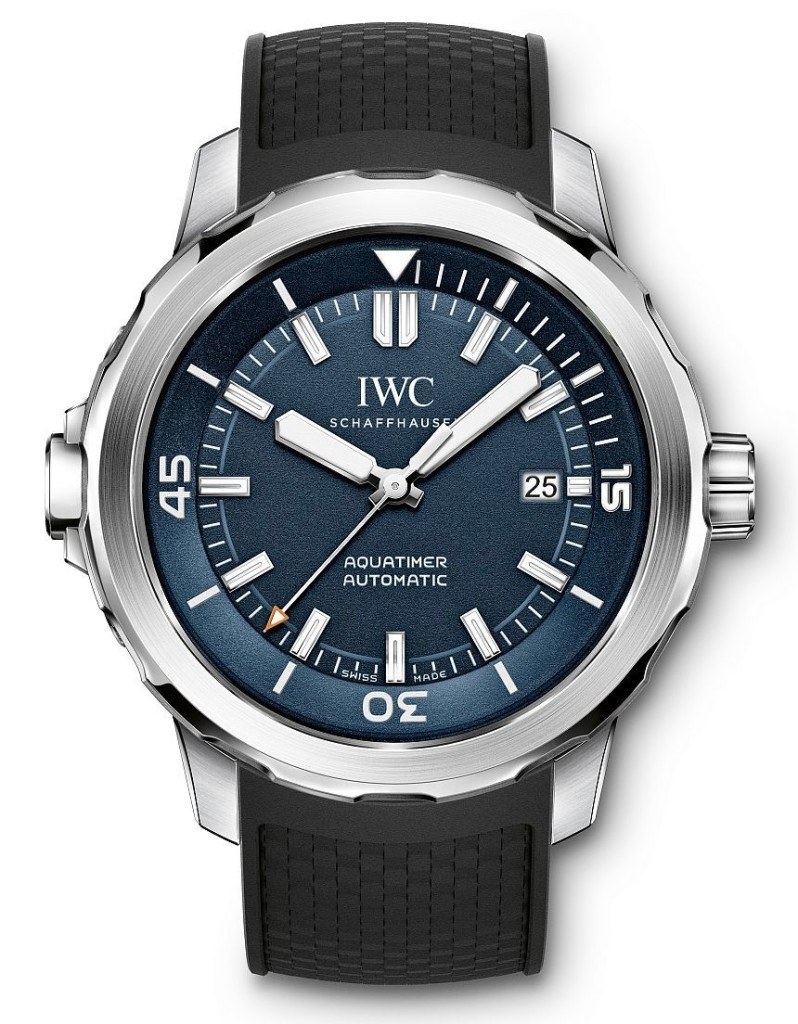 Finally, we are brought to the IWC Aquatimer Automatic Edition “Expedition Jacques-Yves Cousteau” (Ref. IW329005), which joins the aforementioned, existing IWC Aquatimer Chronograph in tributing Cousteau. This is much more compact than the IWC Aquatimer 2000, measuring in at 42mm (in steel) and only 14mm thick; the water resistance rating drops back to 300m as well. Of the three new watches, I think this one is my favorite, given the striking shade of blue that is utilized for the dial. Like with the Darwin Foundation, no word is given as to what portion of this watch’s proceeds go to the Cousteau Society – IWC is an active supporter of the foundation, helping with such things as restoring the Calypso. Note that this isn’t the first IWC Aquatimer honoring Cousteau, as there is also an existing Chronograph version. 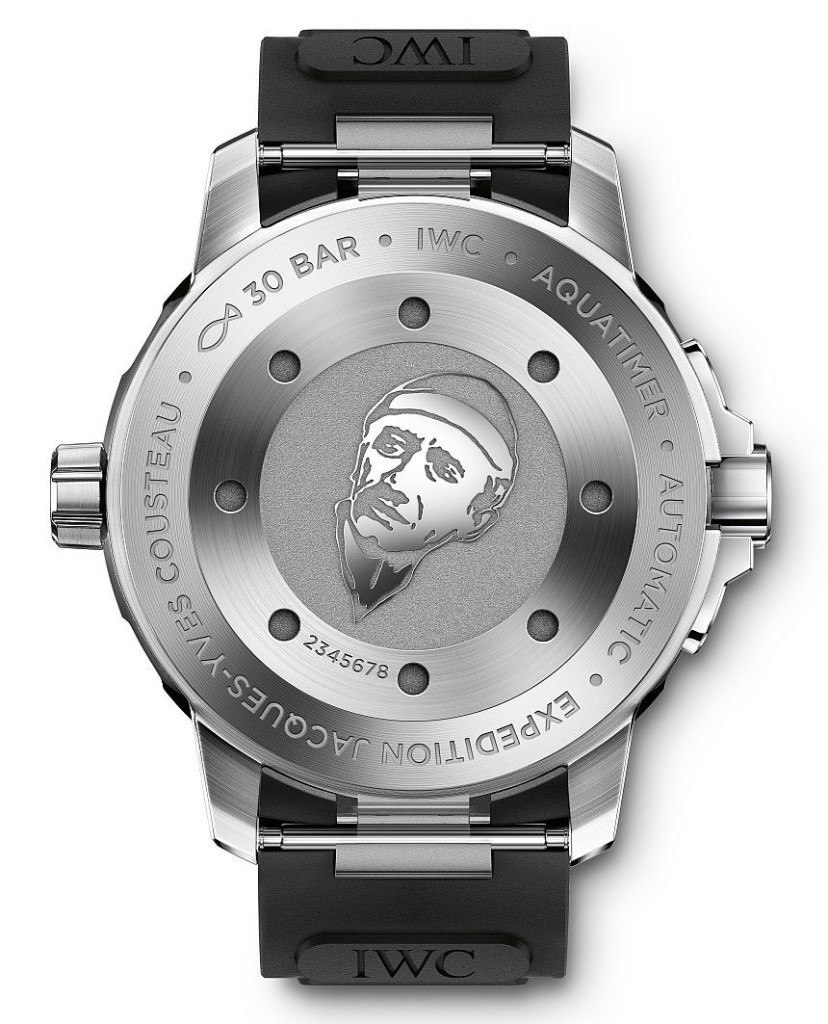