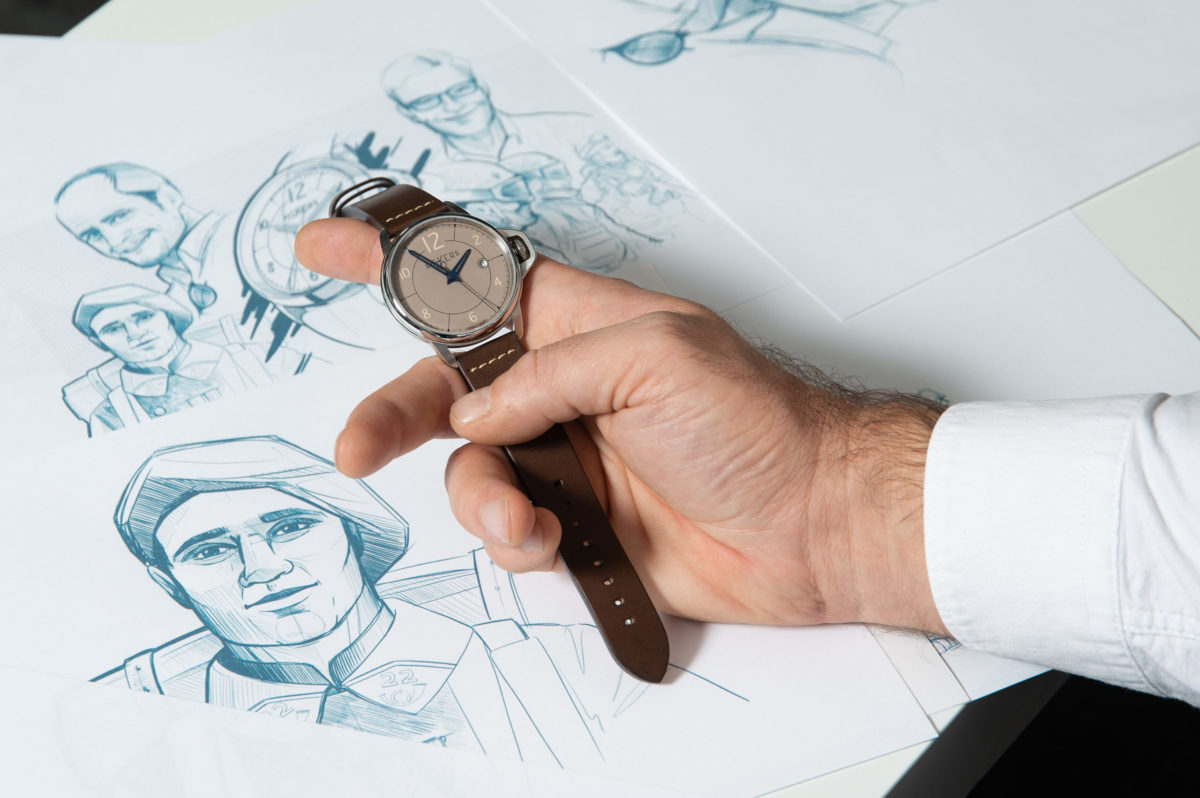 The wristwatch is a longstanding tradition in horology, dating back over a century to the brave soldiers of the First World War who first attached modified pocket watches to a leather wrist strap for easy accessibility and use during combat. In the intervening years, the wristwatch has evolved into a wide variety of forms and functions, but the new French brand Riskers has reinterpreted the tough, heroic trench watch that started it all. Headed by a team of experts from around the world of luxury watchmaking, including Pierre Guerrier, a former executive at Richemont, and artistic director Malo le Bot, whose design talents have been displayed in watches from Baume et Mercier and Vacheron Constantin, Riskers debuted in November 2019 with a quartet of modern trench watches dedicated to honoring the “Riskers:” those who risk their lives to help or protect others. 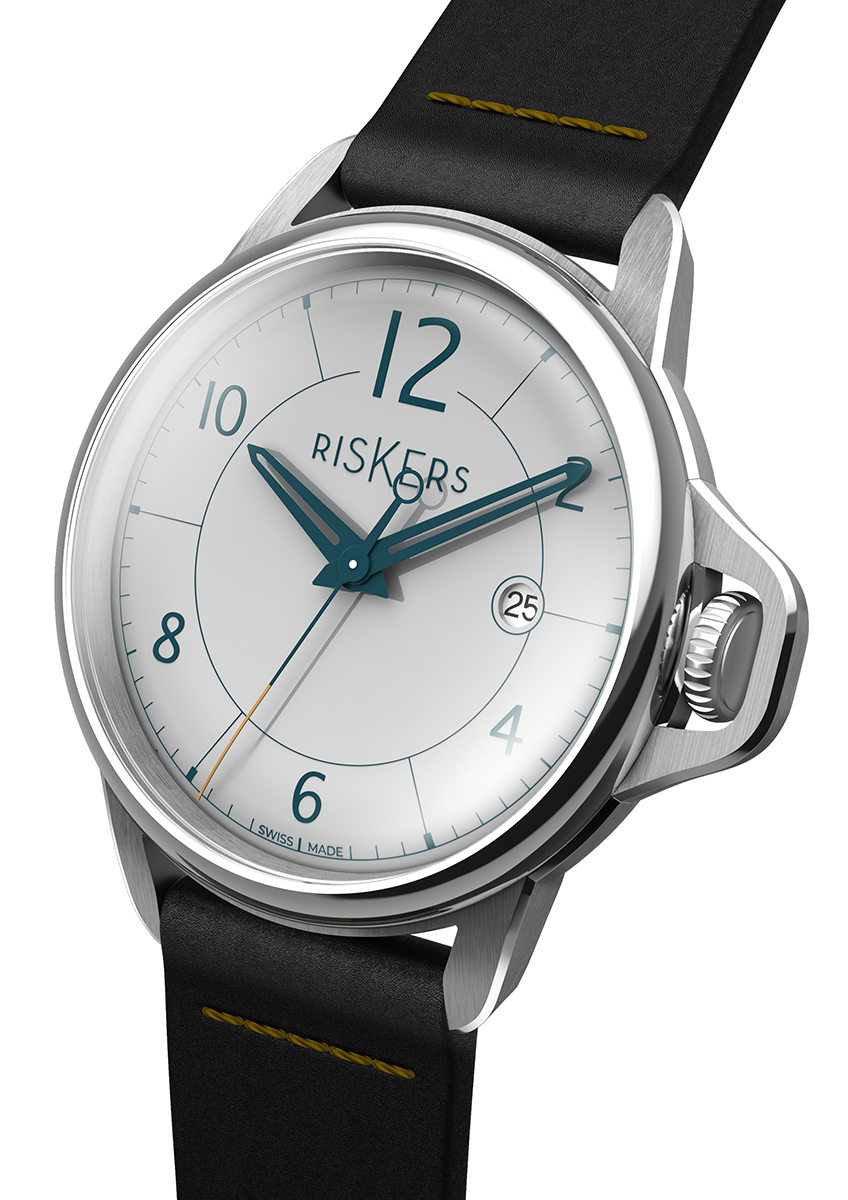 This ethos goes far beyond a simple design inspiration, with the marque dedicating a portion of all sales to noble causes championed by these brave figures. Each Riskers timepiece celebrates a heroic “Risker” of the past century while supporting a charitable cause associated with that person. 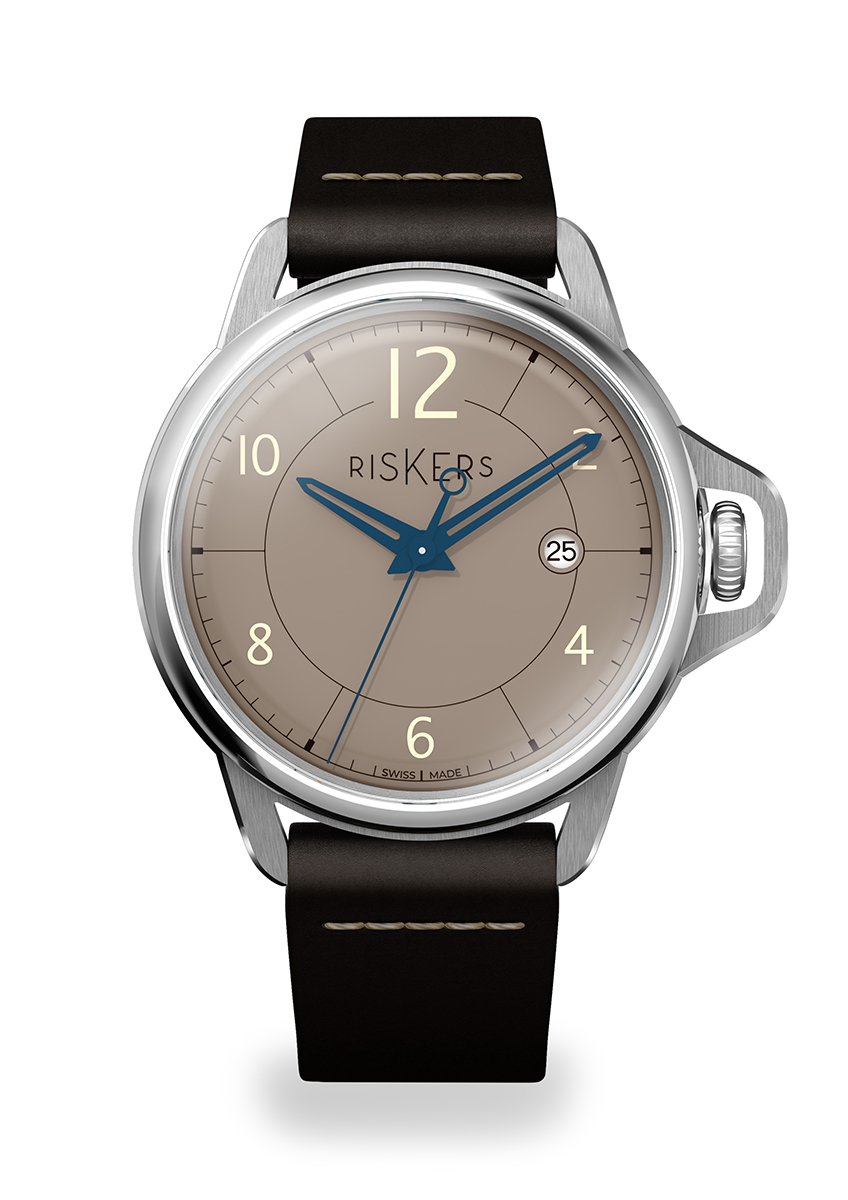 The flagship of the line, the limited edition Prolog I, spotlights French World War I hero Albert Roche. Roche, a member of the famed French Alpine Chasseurs, was wounded nine times in combat over the course of the war and once singlehandedly captured 1180 enemy prisoners, a feat for which Marshal Ferdinand Foch named him “the best soldier in France.” Sales of the Prolog I will benefit L’Œuvre nationale du Bleuet de France, a nonprofit foundation dedicated to raising funds for French veterans and their family members. 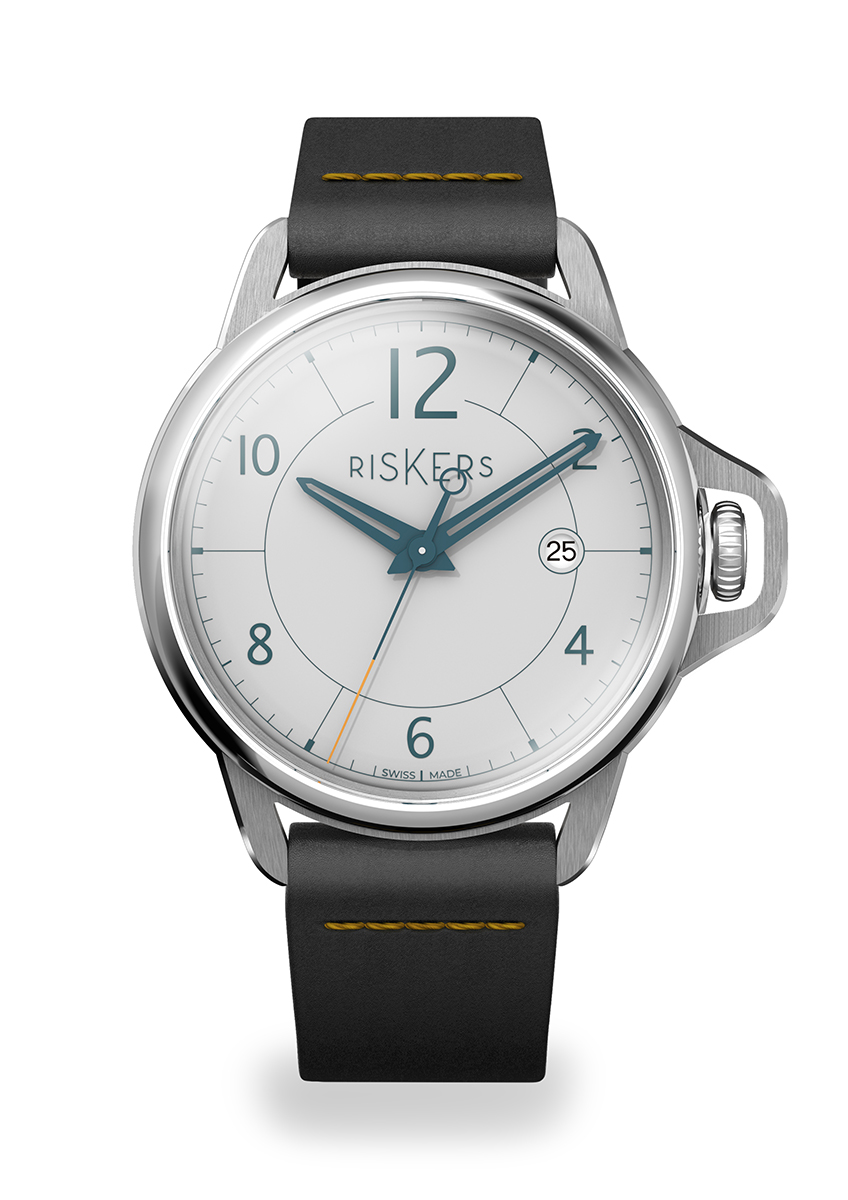 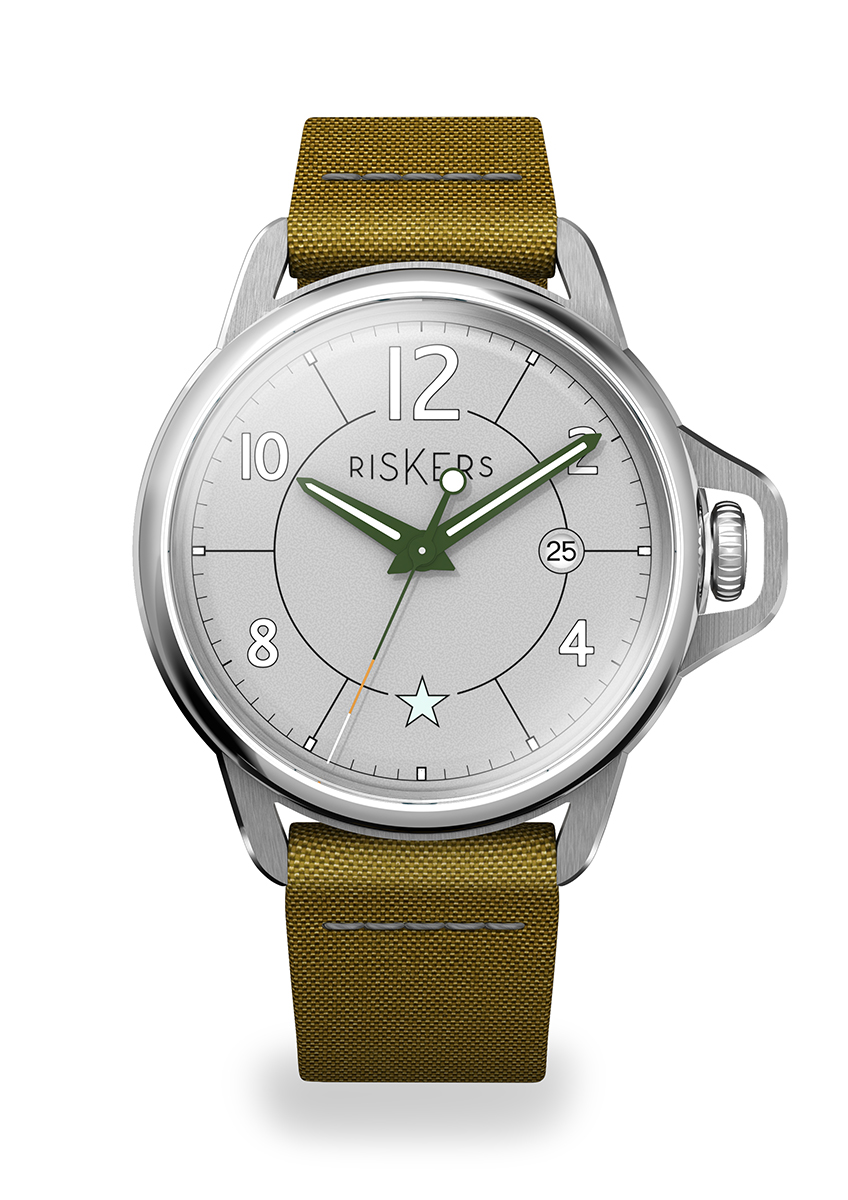 For the Riskers Chapter II, the brand created a partnership with the crack French Mountain Troops military brigade. For each Chapter II sold, Riskers will donate to Entraide Montaigne, aiding the families of Mountain Troops Brigade veterans. 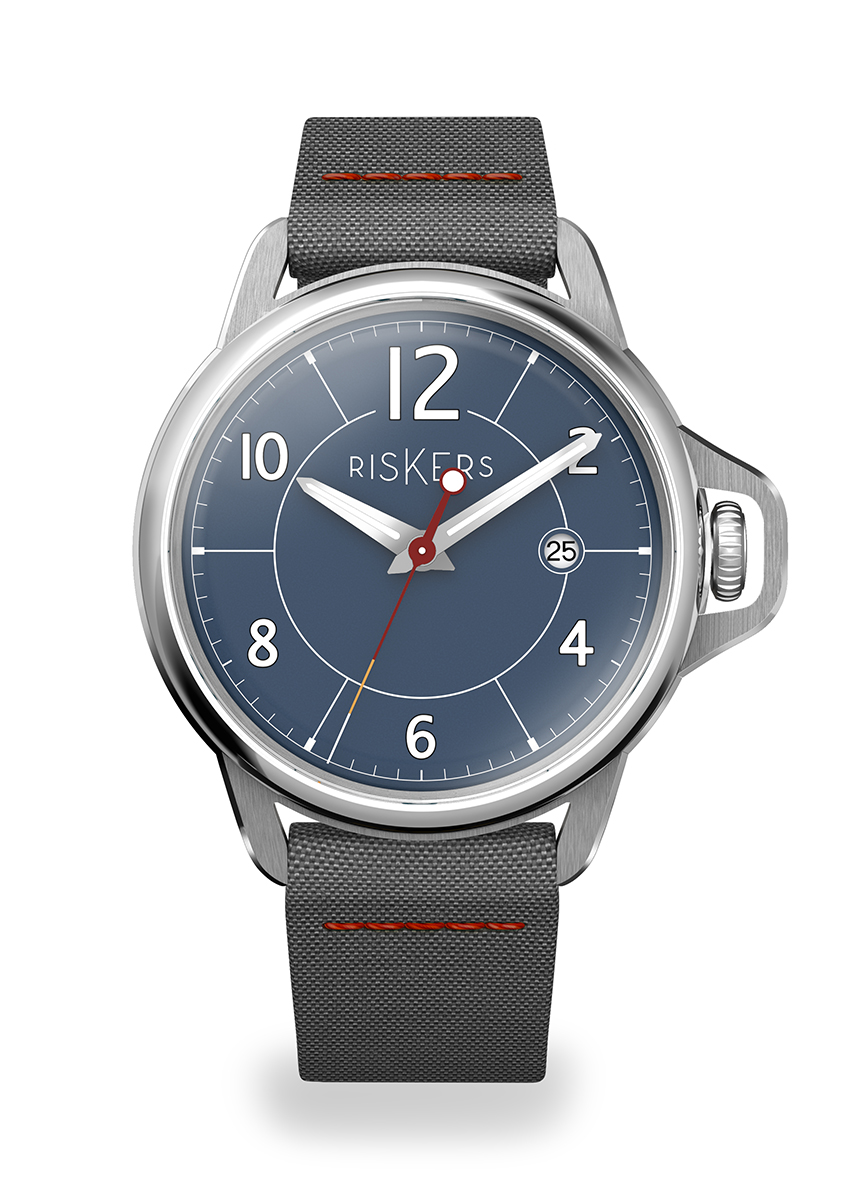 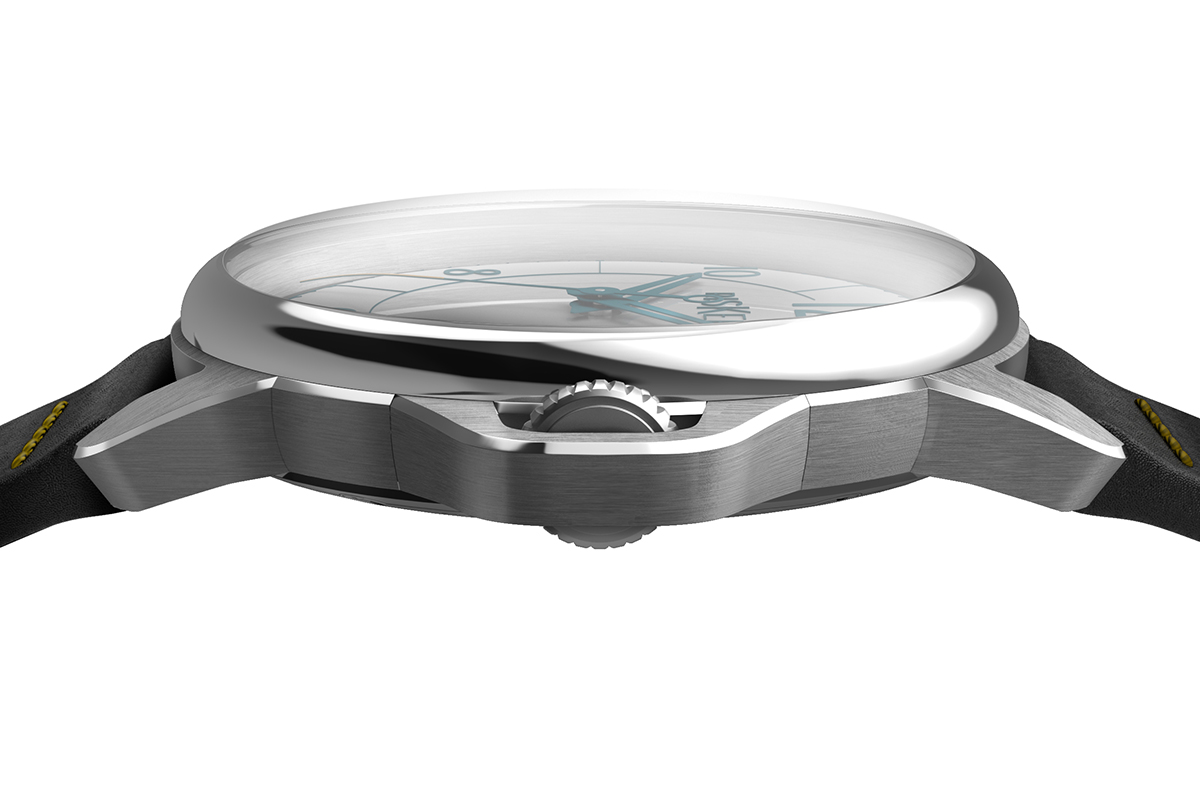 All four models begin with a streamlined and distinctive 43mm stainless steel case. This sleek design combines the flowing lines and combined brushed and polished surfaces of a modern field watch with elements of the original trench watch formula. The rounded lug ends and the oversized full crown guard both feel stylish and organic, while harkening back to the soldered wire lugs and loop crown guards of the earliest converted pocket watches. 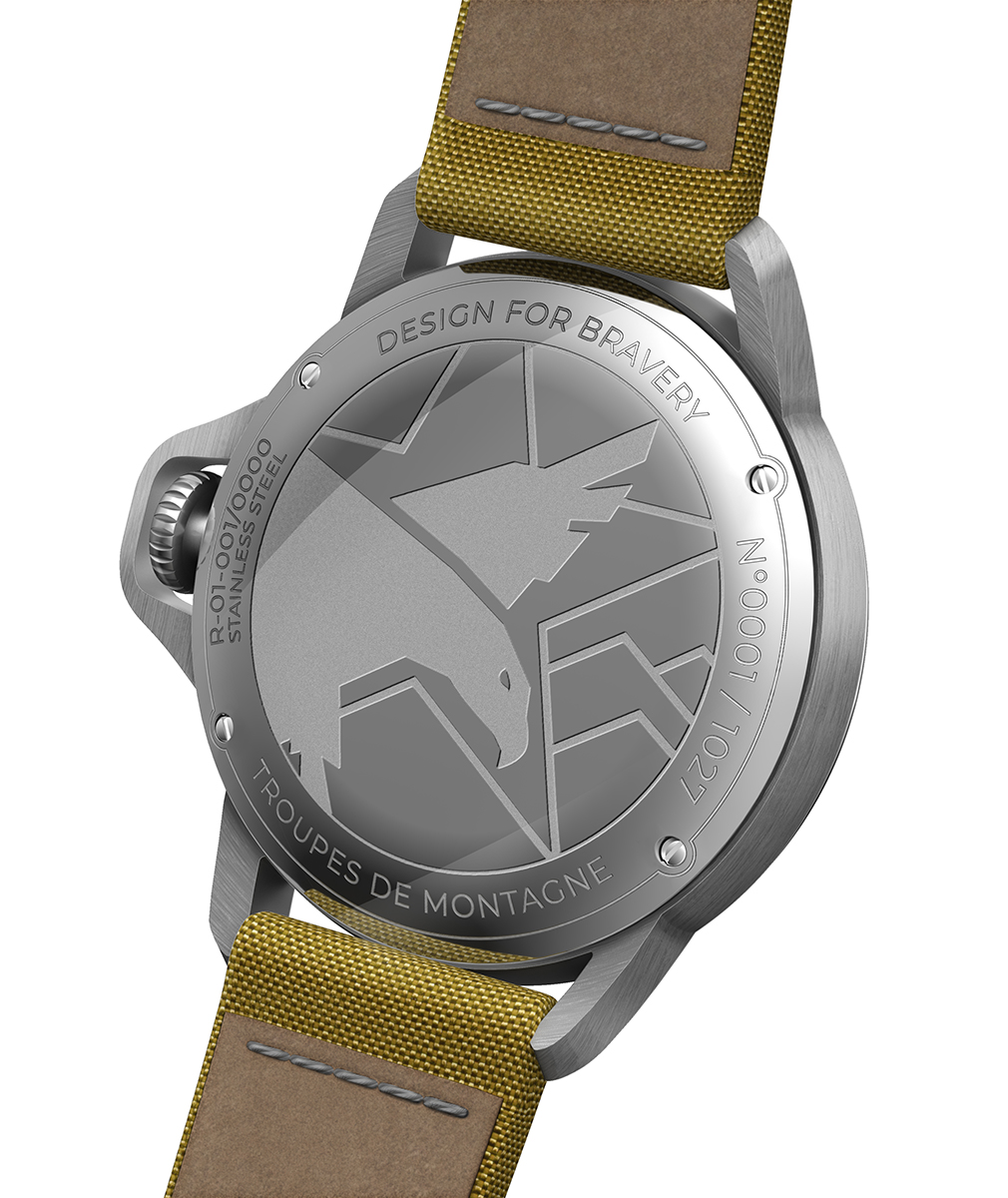 Each Riskers model provides its own bespoke take on the elemental Riskers dial design. All four models share the same skeleton dauphine hands, handsomely minimal blend of printed lines and applied Arabic numerals for hour indices, and the signature oversized 12 o’clock numerals designed to recall the large rescribed numerals on the very first trench watches. From there, the four Riskers designs each develop unique personalities.

For the Prolog I, the dial takes on a vintage cast, displaying an aged sunburst tan dial surface with eggshell white numerals and brilliant blued hands. The Chapter I delivers a more restrained, minimal look, combining a sunburst gray dial with clean blued numerals and hands. A touch of mustard yellow on the tip of the seconds hand provides a handsome contrast that brings vitality to the combination. For the dial of the Chapter II, Riskers turned to the Mountain Troops Brigade themselves for design input. The resulting style features a sandblasted gray dial inspired by exposed Alpine rock, combined with military green hands and numerals filled with Super-LumiNova. The centerpiece of the design, however, is the brilliant interpretation of the North Star at 6 o’clock. The brightly colored helicopters used by Pain Without Borders provide the inspiration for the dial of the Chapter III, combining a matte blue dial with silver hands and numerals. The bold red, white and yellow tricolor of the seconds hand offers a striking contrast for an attention-grabbing look. 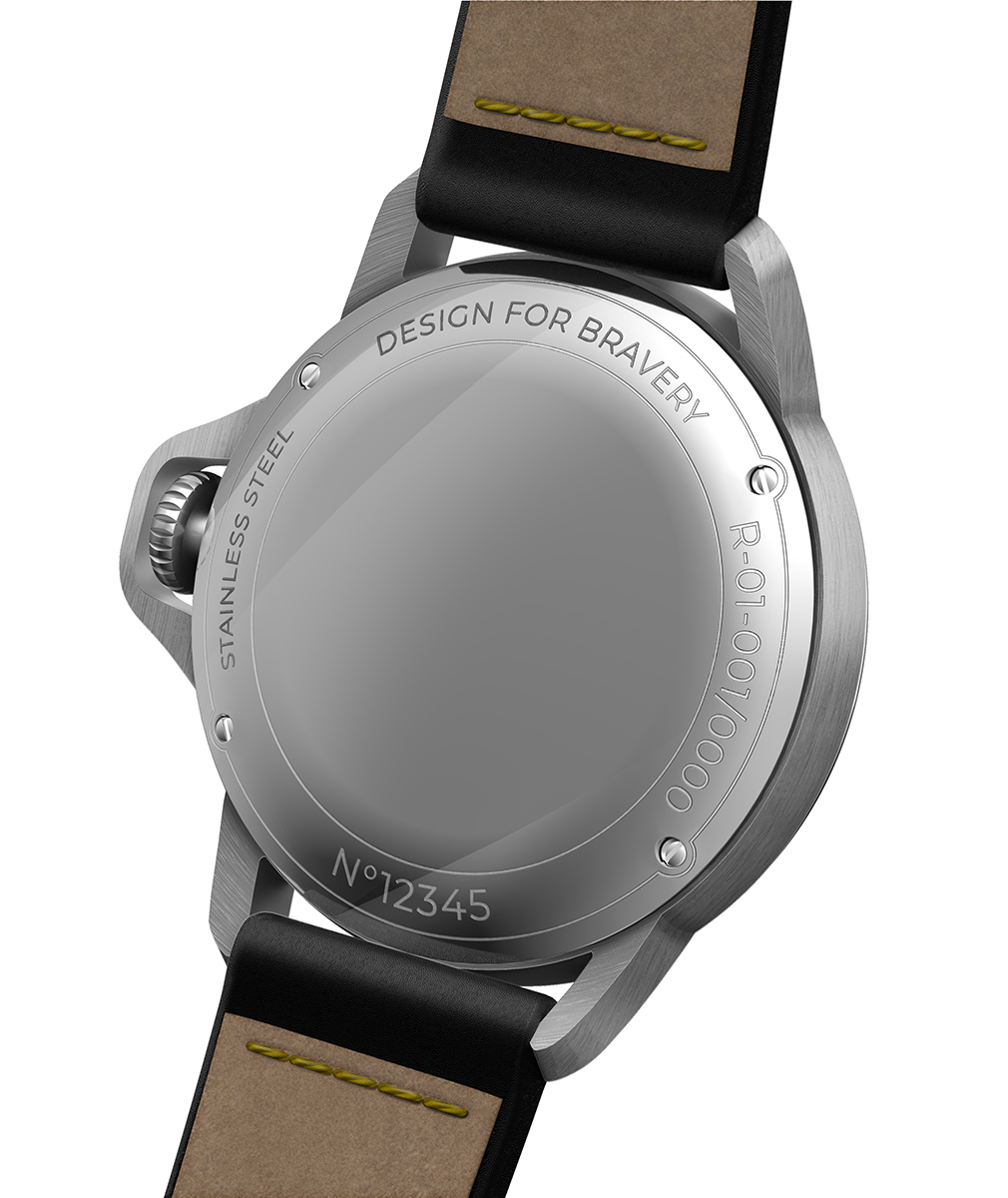 Riskers offers a pair of high-quality movement options for its inaugural product line. The Prolog I and Chapter I are powered by the automatic STP1-11 movement, providing 44 hours of power reserve with Swiss-made quality. For the Chapter II and Chapter III, Riskers provides the durable and accurate Swiss Ronda 715 quartz movement, combining precision with affordability.

Each Riskers model is finished with a minimalist strap with a complementary color palette. The warm vintage tones of the Prolog I are paired with a brown leather strap with beige stitching, while the Chapter I features black leather and mustard yellow accents. For the military inspired Chapter II, khaki canvas with gray stitching adds field-worthy style and durability. The muted blue and red of the Chapter III’s canvas strap allows its bold dial to come to the fore without breaking the color scheme.