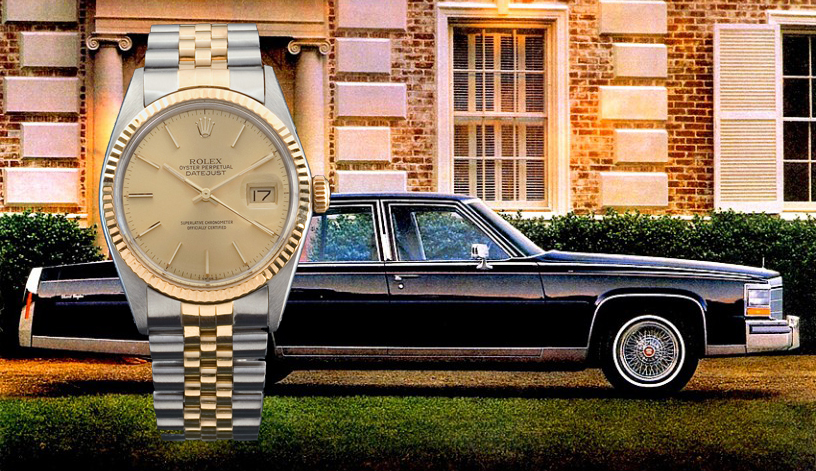 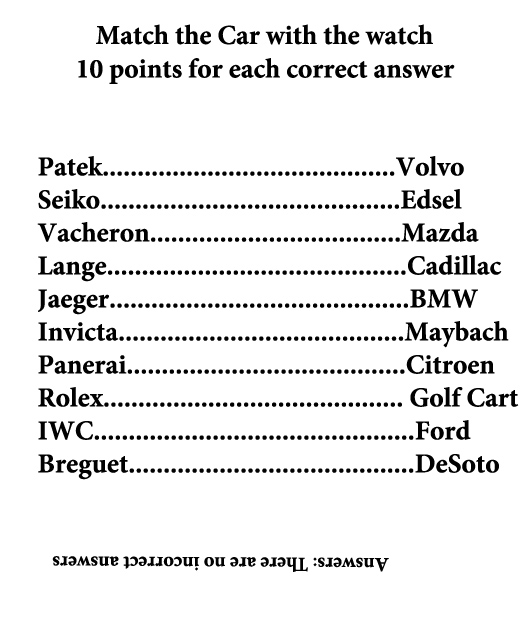 I’ll admit it. I love watches and I love cars. To me, they both represent a higher state of where design and machinery intersect. And being in the watch business for all of my life (I’m a 4th generation watchmaker, and founder of TimeZone.com), I always seem to find a correlation between people who own fine luxury cars, and those who own fine luxury watches. Having said that, the world of watches is amusingly different than that of cars.

I’ve always played a little game in my head as to what car corresponds to which watch – like those matching games you’d play in the newspaper. So match the car with the watch… Here are a few of my matches: Panerai and BMW, Lange and Maybach, Patek and Mercedes, Jaeger and Lexus, IWC and Audi, and the quintessential American luxury car: Cadillac and Rolex. The luxury car and watch for the masses. 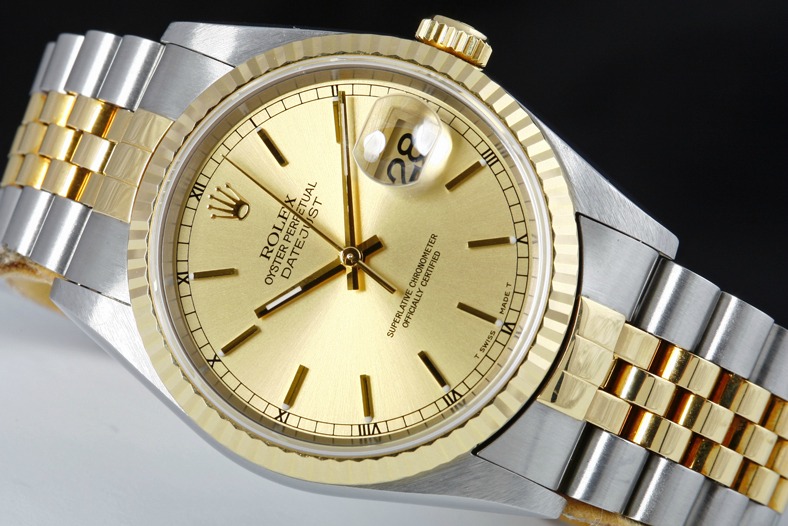 I was brought up in the 1960’s and 1970’s, and I remember so vividly the anticipation of the new car design lineups each September when the car companies released the next year’s models. What shape would the car be?…how would the taillights look? Would the grill be redesigned? What colors would be available? What horsepower would the engines have? It was a veritable cornucopia of new head spinning stuff. In the same vein, when I became an authorized dealer for luxury watches, I couldn’t wait to go to the Las Vegas Jewelry and watch show each June and see what tasty morsels the gremlins from Switzerland had in store for us. What shape design would the watches be, how would the case back show, what color dials would be available, what would the crown look like, and how many jewels would the movement have? It was a veritable cornucopia of new head spinning stuff (again).

But, I always seemed to scratch my head when I saw what new stuff Rolex would come out with… nothing really seemed to change for the most well-known models.

Rolex introduced their quintessential model, the Oyster Perpetual Datejust, sometime in the mid 1950’s. And it slowly evolved into the traditional model of today around 1957. Most of the models from this time were produced in yellow gold, although they did produce some in rose gold for the South American market. Rolex made the radical decision to release this watch in steel in the late 1950’s, and the watch took off. In fact, to Rolex’s surprise, the steel versions started to far outsell the gold models so much, that they decided to release the “two-tone” version in 1962 to fill in the marketing gap. And the rest is history. The Rolex “two-tone” Datejust became the quintessential Rolex watch. 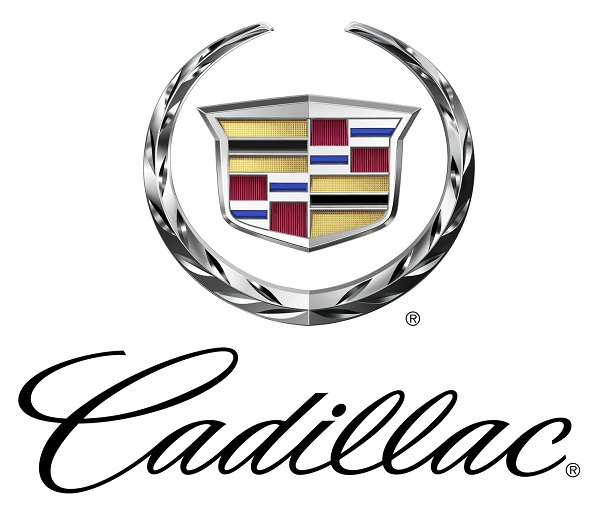 However, to Rolex’s chagrin… this watch also became the most copied watch in the world… everyone made a Rolex “two-tone” Datejust: Seiko, Benrus, Invicta, Bulova, Citizen, etc., etc…

If everyone made this watch, why didn’t Rolex evolve the design to stay ahead of the pack… as the car manufacturers did? The Rolex from the early 1960’s pretty much looks like the Rolex of the current year. Can a watch company rest on its design laurels forever? Some would say yes and some would say the competition is very healthy.

Certainly, the car companies didn’t rest on their design winners, and each year they strove to refine and expand their design concepts for each model, and the same models from the 1960’s don’t even remotely resemble the models of their current lineups. 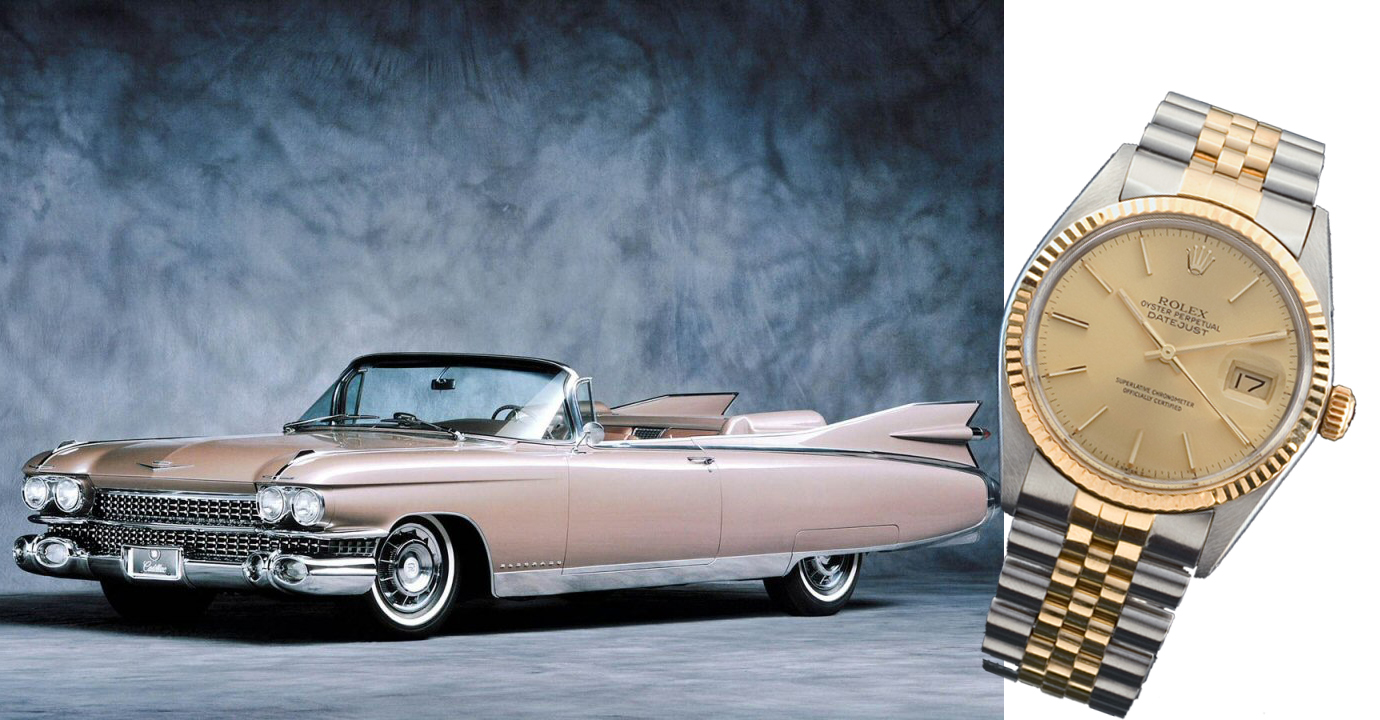 Here we see the 1959 Cadillac in all its glory. Long, with the beautiful and famous rear fins. Great colors and trademark grille. Also pictured is the early 1960’s Rolex “two-tone” Datejust in all its glory. A radical new design concept for the watch connoisseur. 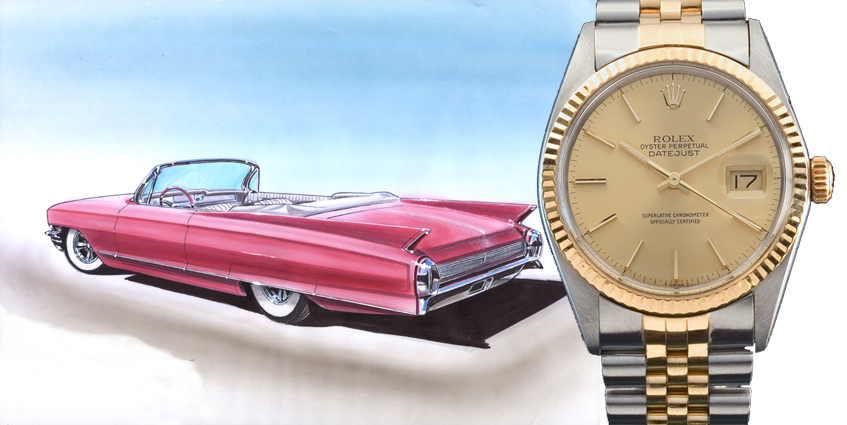